A Talented Trio Brings Its Collective Imagination to Projects in Chicago and L.A. 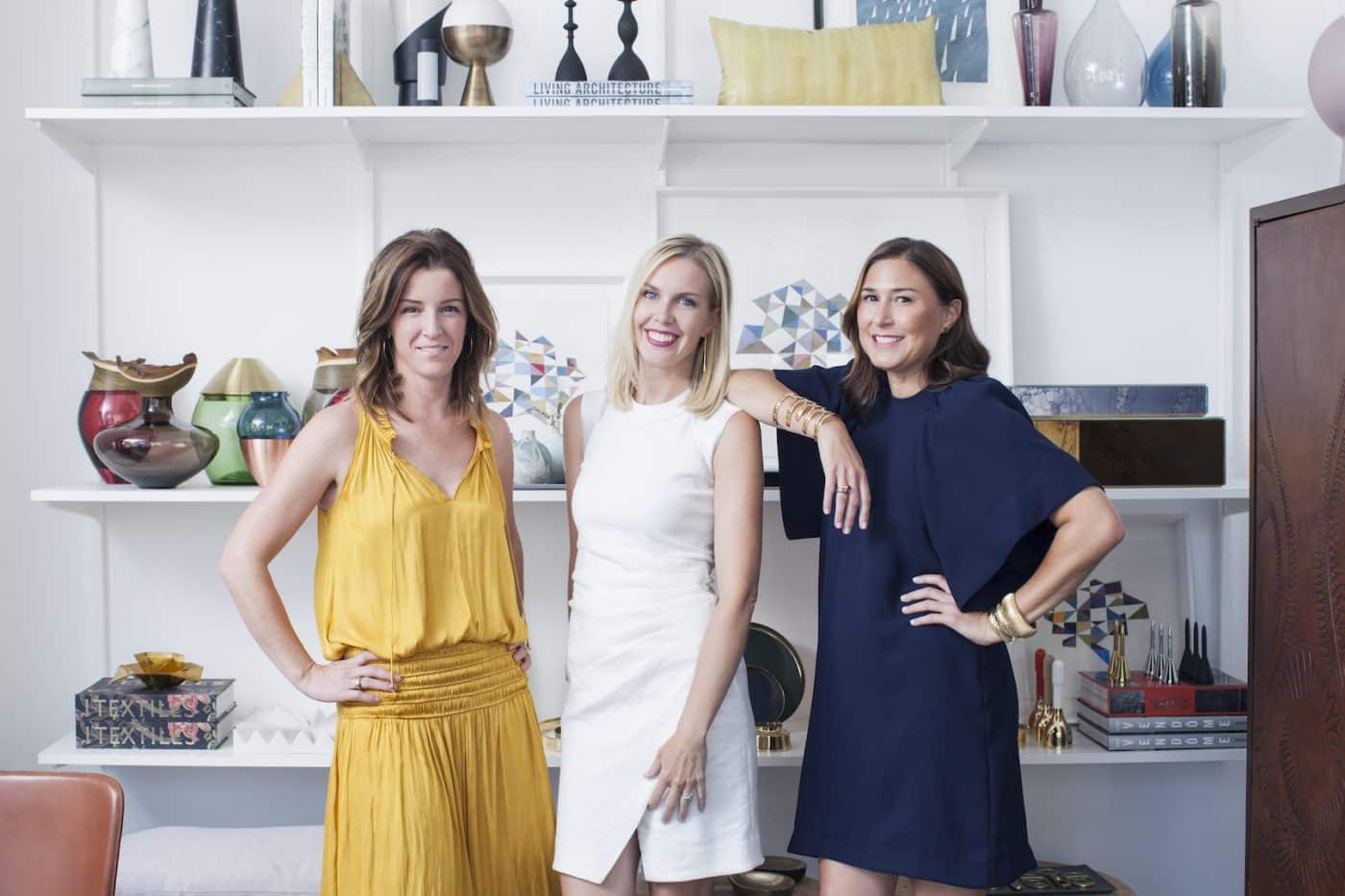 Together, the team behind eight-year-old firm Studio Gild is even greater than the sum of its parts.

June 19, 2022Given the number of overlapping connections that Melissa Benham, Jennie Bishop and Kristen Ekeland share, it was perhaps inevitable that the three interior designers would join forces, forming Studio Gild in 2014.

Benham, who was raised mostly in California, and Ekeland, who grew up in New York, became friends their freshman year at the University of Michigan. After graduation, when both were working in New York City — Benham in PR and Ekeland in graphic design — they met for lunch one day to tell each other the same exciting news: “I’m going back to school for interior design!” Benham headed to Parsons School of Design, and Ekeland went to the Fashion Institute of Technology.

Bishop, an Illinois native, was on a similar trajectory. Having graduated from Clemson University, she was in New York at the same time as her future partners but working in fashion. She also decided to switch careers — and countries, moving to London to study design before finishing her degree at the Illinois Institute of Art. A few years later, the women’s paths finally crossed when all three lived in Chicago and worked for designer Kara Mann.

Benham and Ekeland’s next move landed them at a company specializing in hospitality design. Bishop, for her part, started her own small firm in 2010. “After a couple of years, I was ready to grow, but I didn’t really know how,” she says. “In talking with Kristen and Melissa, I realized that we could be a partnership oozing with talent.”

The timing was right for Ekeland and Benham. “I needed more flexibility, since I had two kids, and Melissa was at the top of the ladder and ready for a challenge,” Ekeland explains. “We started talking, and a year later we opened Studio Gild.”

Since its launch, the firm has been in demand for its collective aesthetic, characterized by modern lines softened by beautiful craftsmanship. As for the name, the three friends chose “Studio” to allude to their collaborative environment and “Gild” to reflect their process of layering embellishments to enrich every project they touch, similar to the way an artisan layers gold leaf to create a beautifully polished finish.

Each principal brings a distinct set of talents to the table. Bishop is “G.C. Jennie,” studying a project’s architectural shell like a general contractor and working with the trades to make the team’s vision come to life. Benham is the fashion plate, applying this sensibility to the group’s designs while also keeping things organized. Ekeland is the travel guru, who not only finds the next great destination but also maps out the treasure hunt, ensuring that they come back with overflowing suitcases for clients (and themselves).

In 2019, Benham opened the firm’s Los Angeles office. “We already had some projects in L.A. before I moved,” she says. “We wanted to shake it up, but we’re still connected. Jennie and Kristen are still the first two people that I go to with anything.”

Here, the three give Introspective an inside look at their working partnership, describe how travel keeps their creativity flowing and share the Katharine Hepburn and Ilse Crawford advice they live by.

Benham: My two favorite places on the globe are Southern California and Paris, and one of the unifying threads that ties them together is an unsurpassed golden hour. That shimmering light is an ethereal quality that I’m on a perpetual quest to capture in my work.

Bishop: I’m trying to make up for lost time and have recently traveled to Marrakech, Copenhagen, Turks and Caicos and Jamaica — all inspiring. When home, I recharge with my plants. I have little patience, but cultivating plants allows me to daydream about my work.

Bishop: Patricia [Urquiola] doesn’t even need a last name. Every single thing she touches is gold. Even when I am unaware that something is hers, I fall for it and then learn she created it. I love her scale, textures, shapes, colors — all perfection.

Ekeland: I admire Belgian designer Arno Declercq. Any of his sculptural wooden pieces would be a beautiful statement in a room.

Benham: French street photographer Henri Cartier-Bresson is a personal hero. I’m also captivated by James Turrell’s use of light as a medium. His works stop me in my tracks and keep me thinking long after I’ve experienced them.

Bishop: Anything with strong seventies or eighties vibes connects with me. I’m attracted to that era’s quirkiness and the period’s faux-naïf aesthetic.

Do you have a personal style icon?

Ekeland: Katharine Hepburn looked stunning and feminine in pants and a collared shirt as well as a flowing cocktail gown. Plus, I abide by her mantra: “If you obey all the rules, you miss all the fun.”

Bishop: I went to the Biltmore house, in Asheville, North Carolina, when I was eighteen or nineteen, and it planted the interior-design seed in me. Its grandeur and details are unparalleled.

Ekeland: The Leighton House, in London, is a painter’s home that just oozes with decorative ornamentation and inspiring palettes. It’s like stepping into a kaleidoscope.

Where would you live if the world were your oyster?

Ekeland: I would live in a Dutch Baroque canal house in Amsterdam. It’s a beautiful, accessible city with so much design inspiration. I’d happily give up my car to have my bike be my main mode of transportation!

Bishop: Our partnership! I’m so proud of the three of us and our incredible team. We have each other’s backs and challenge each other to be better. Certainly, we have our dicey moments, but the good days far outweigh the bad.

Benham: We dove straight into the deep end when we came together to found Studio Gild. We didn’t have a business plan, a security net or even an official company name. We lucked out by catching a great wave and didn’t need to look back.

Bishop: Wallpaper is the icing on the cake. It makes a room feel like it’s bathed in art. We even paper ceilings, and that’s definitely an underappreciated design move.

Benham: I’d say empathetic design. My degree in psychology has proven to be just as useful as my degree in interior design. Listening to the fundamental wants and needs of clients is so important. Ilse Crawford said it best: “Before design, there is empathy. Without it, there is no good design.” 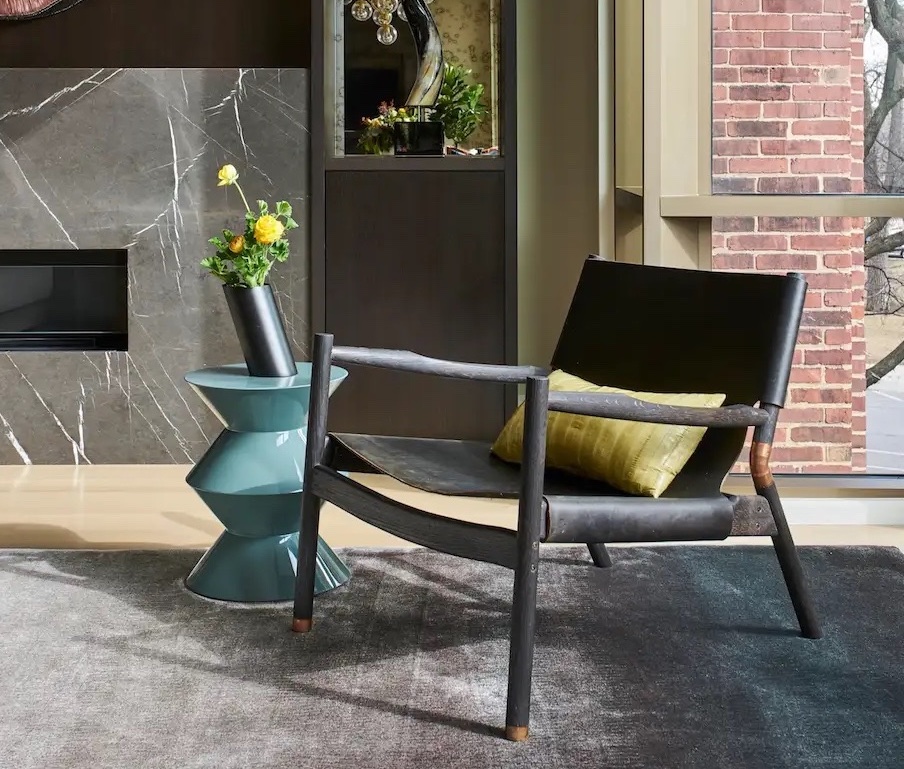