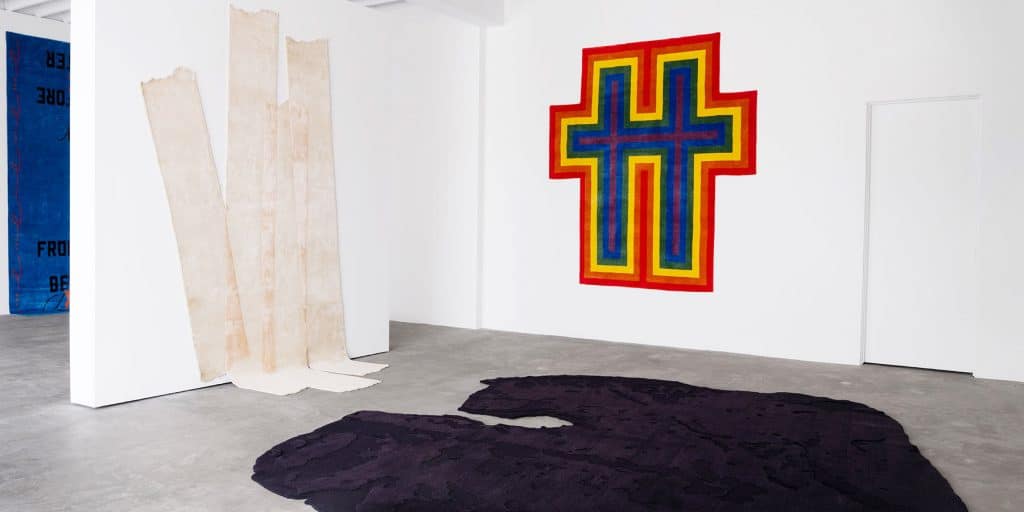 A designer in his own right, gallerist Stefan Lawrence blurs distinctions between contemporary furniture, art and functional objects.

June 30, 2019It’s my duty as a gallerist to present things in a really interesting way,” says Stefan Lawrence, founder of Los Angeles design gallery Twentieth. “To get people out of their homes and away from their computer screens these days, you need to do something good.” To Lawrence, that means purveying stellar, assured pieces by creative talents — like Christopher Boots, Bec Brittain, John Eric Byers and Larose Guyon — who know how to hold people’s attention. 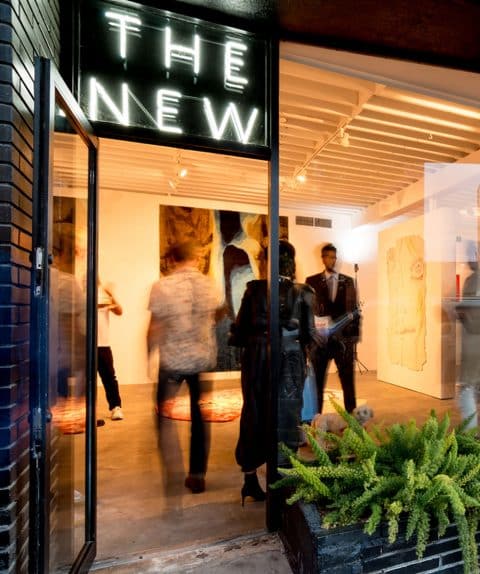 For two decades, Twentieth has presented  work that has something to say beyond, “Hey, check me out.” The evolution of its aesthetic has followed that of the design world itself, from the revival of mid-century modern, to the rise of Dutch wunderkinds, to the current ascent of contemporary designer-makers and artisans. Lawrence seems to have been at the vanguard of every fine design movement since 1999, compelled then and now by the question, “What’s next?” 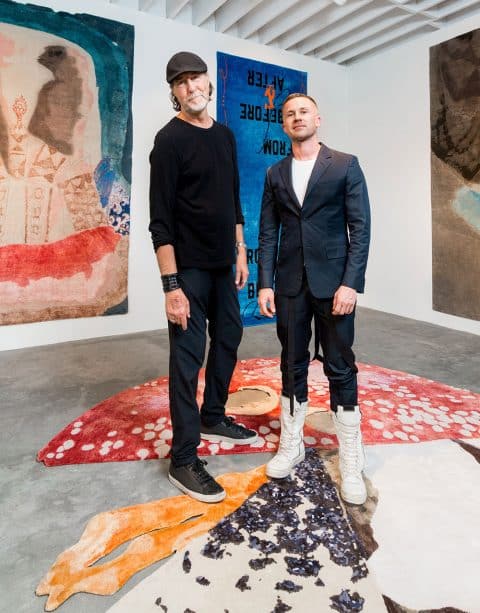 Gallerist Lawrence (left) stands with Joakim Andreasson — who curated the collection of artist-designed rugs for Henzel Studio — on Carsten Höller’s Mushroom carpet. On the wall directly behind them is Lawrence Weiner’s From Before and After rug, flanked by Sanford Biggers’s Ibeji (Duet) to the left and Videre Licet’s Meltfloor 1 to the right. Photo by Jessica Sterling

In 2016, when the space adjacent to Twentieth became available, Lawrence and his longtime collaborator, Daniele Albright, seized the opportunity and launched THE NEW, a separate exhibition space focused largely on solo shows. He describes it as a lab. Whereas Twentieth presents curated assemblages of works by various designers, THE NEW displays each piece as part of a singular aesthetic system — be it the gradient verve of Fernando Mastrangelo’s sculpted pieces, Mattia Biagi’s expressive sets or Boots’s elemental quartz creations. Currently at the gallery is a show from Swedish rug brand Henzel Studio featuring a collaborative series from such contemporary artists as Helmut Lang, Marilyn Minter and Richard Prince. This fall, it will showcase work that British artist and designer Julian Mayor created specially for the exhibition, which will debut his lighting pieces.

THE NEW has the feel of an art gallery, with minimalist white walls and concrete floors. “There is nothing to distract you,” says Lawrence. “We wanted to highlight the individual output of specific makers who have spent time putting together something that’s important. Seeing the work in this venue allows you to be completely engulfed in what the artist is trying to do — you can get to the essence.”

For Lawrence, design has always been intuitive. After getting a fine arts degree in photography, he assisted photographers in New York City and on magazine shoots in Europe, eventually becoming a photographer himself. The jobs were thrilling, but “like acting, it is an extremely competitive area,” he recalls of professional photography. “I guess I just wasn’t meant to be the next Herb Ritts, who I deified.” He stopped pursuing photography full time and, in 1990, moved to Los Angeles. (When Lawrence later told Ritts, who became a client of Twentieth, of his earlier career ambitions, the photographer declared, ” ‘Stefan, you have become who you were meant to be,’ ” recalls the gallerist. “That, coming from him, was really awesome.”) 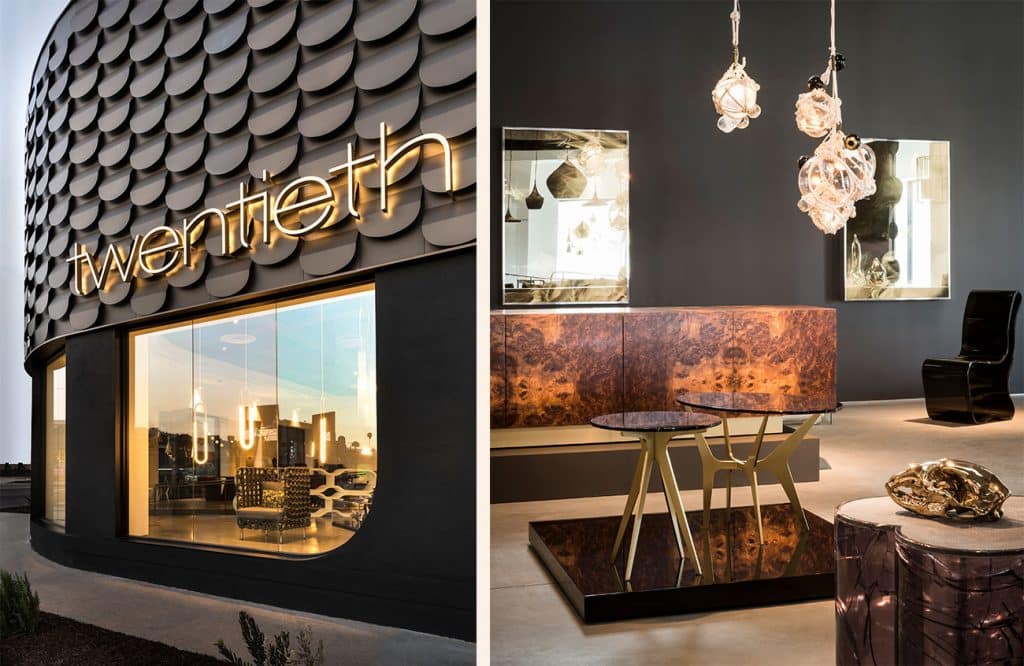 Left: Architect Neil Dinari designed Twentieth’s 6,000-square-foot building with a curving facade embellished with scale-like bronze panels, which wraps around its corner location. Right: Pendants from Lindsey Adelman’s Knotty Bubble series hang over a burlwood credenza by Twentieth Studio, the gallery’s own line of furniture. In front of this sit Gabriel Scott’s Dean oval and round side tables and Scala Luxury’s Three Clover side table topped by Ashley Tudor’s cast-bronze brown bear skull. At the back right is Sami Hayek’s acrylic 270 chair.

Twentieth was born in 1999 with a few objects, lighting and a name that was spectacularly to the point: Lawrence concentrated mostly on mid-century modern design, featuring high-quality pieces that were carefully presented. The cool kids were into it. “Mid-century modern was the prevailing interest among interior designers. It’s what all the stars wanted in their homes. Among the cognoscenti, this is what was going on,” he says. 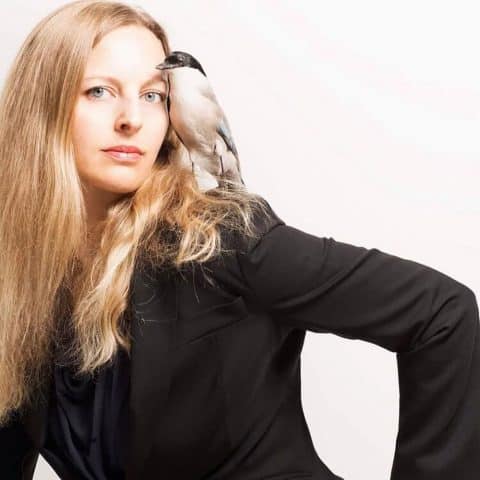 In the early 2000s, Lawrence met artist and designer Daniele Albright, who introduced him to contemporary artists and designers. He also shows her work, which includes a line of furniture called Videre Licet, which he co-curates.

It was an era pulsing with attitude and possibility — Wallpaper magazine was at its zenith, the L.A. art scene was on the rise. Around the time of the gallery’s founding, Lawrence met Albright. A designer and Parsons School of Design grad with a degree in sculpture, she worked in design galleries in New York City, and later moved to California to pursue an MFA at CalArts. Albright followed this with a masters in critical theory and visual studies at UC Irvine and, after graduating, worked with Lawrence. She and Lawrence were aesthetically well-suited, and a fluid creative collaboration developed.

“One of my big motivations for teaming up with Stefan was that he had the most developed eye I had come across in L.A.,” she says. “His focus was on mid-century modern, which was huge at the time in the city, but I thought mixing vintage with contemporary would be a great direction. I started pitching contemporary design and introducing him to contemporary art. By the time a year had passed, we had expanded the space to include a dedicated contemporary-design area, which, over the course of twenty years, became the dominant, and now singular, focus of Twentieth.” 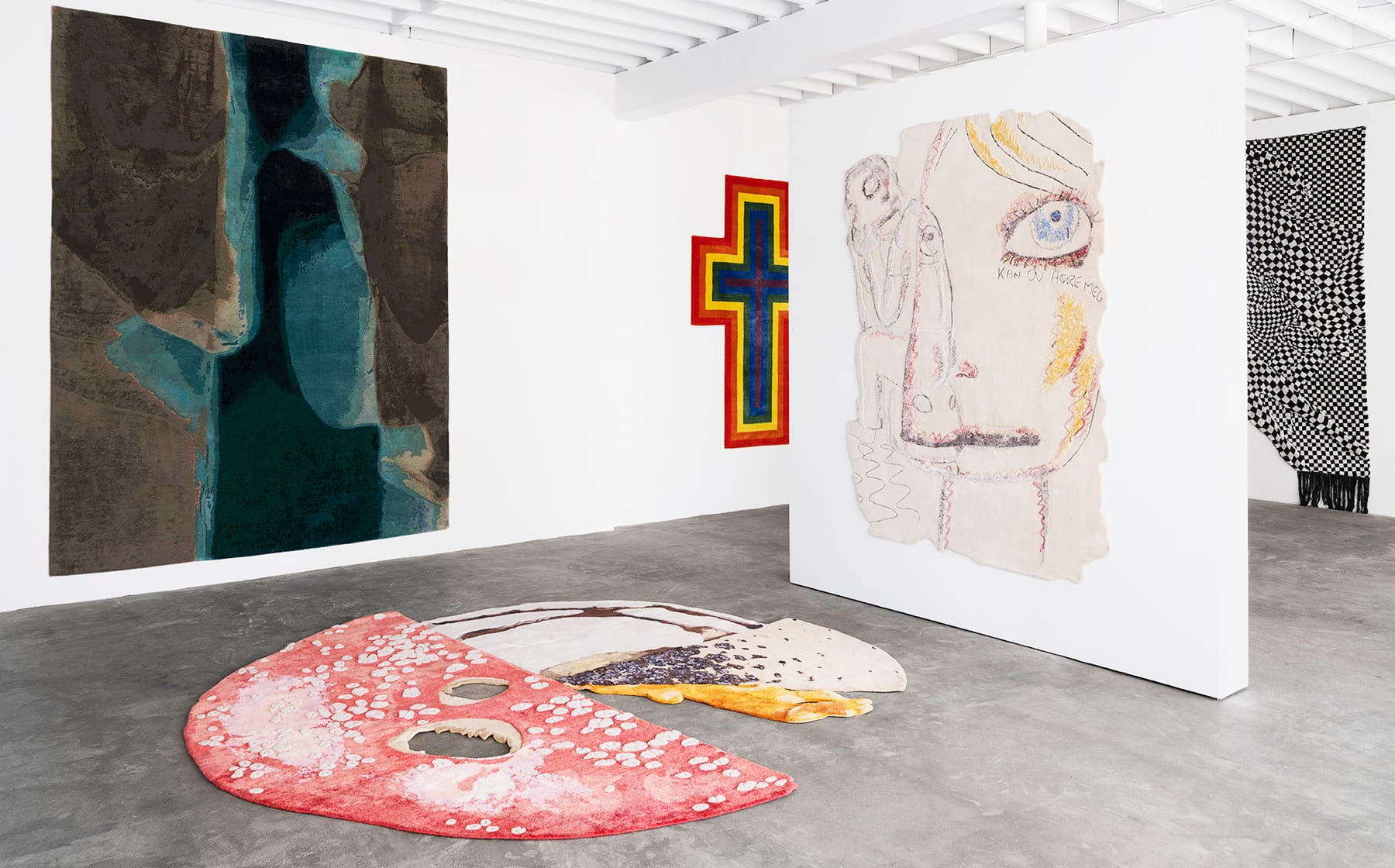 The timing couldn’t have been better. A group of exciting European experimental designers, such as Tom Dixon and Marcel Wanders, hit the scene like an aesthetic upper. Lawrence, meanwhile, had started creating his own limited collection of furniture designs, which he made available to clients.

In those days, Twentieth was often the first West Coast space to have pieces from the Dixon and Wanders generation, which also included Droog and Established & Sons. The gallery came to be seen as a place for groundbreaking contemporary design, mentioned in the same articles as Murray Moss’s legendary Soho shop. “It’s a great feeling to be able to look back and realize that we were pioneers in that area,” says Lawrence.

As those designers and design brands became more widely available, Lawrence shifted his focus again, preferring to be “an arbiter of what’s next.” He began showcasing artisanal, handcrafted pieces that he considered special. He also regularly meets with new designers, many of whom seek him out. “I want to continue finding that next maker, discovering more people,” he says of his curatorial approach. Lindsey Adelman was one of the first of this new breed whose work captivated him. Bec Brittan and Gabriel Scott followed. 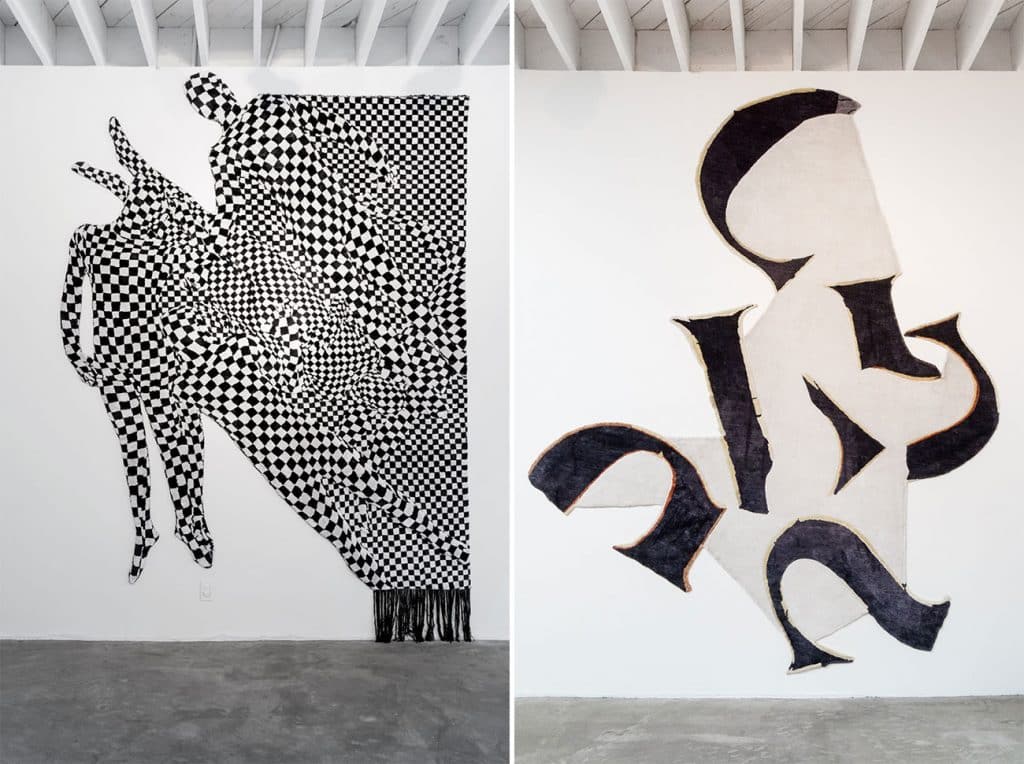 The current show at THE NEW, one of Stefan Lawrence’s two Los Angeles Galleries — the other is Twentieth — displays carpets designed by contemporary artists for the Swedish rug company Henzel Studio. At left is Olaf Breuning’s Black and White People Pattern and at right Jack Pierson’s Goin’ Home. 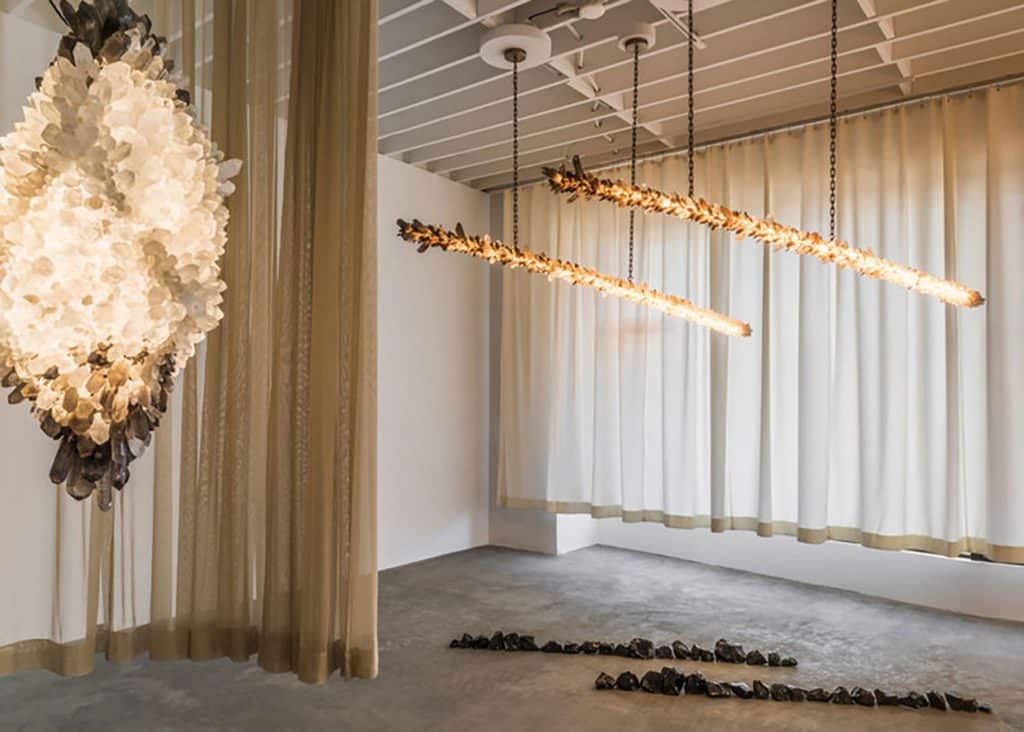 The 2016 “Elemental” show of lighting by Melbourne, Australia–based artist Christopher Boots included his Goliath pendant (left) and and a pair of his hanging Meteor pieces. 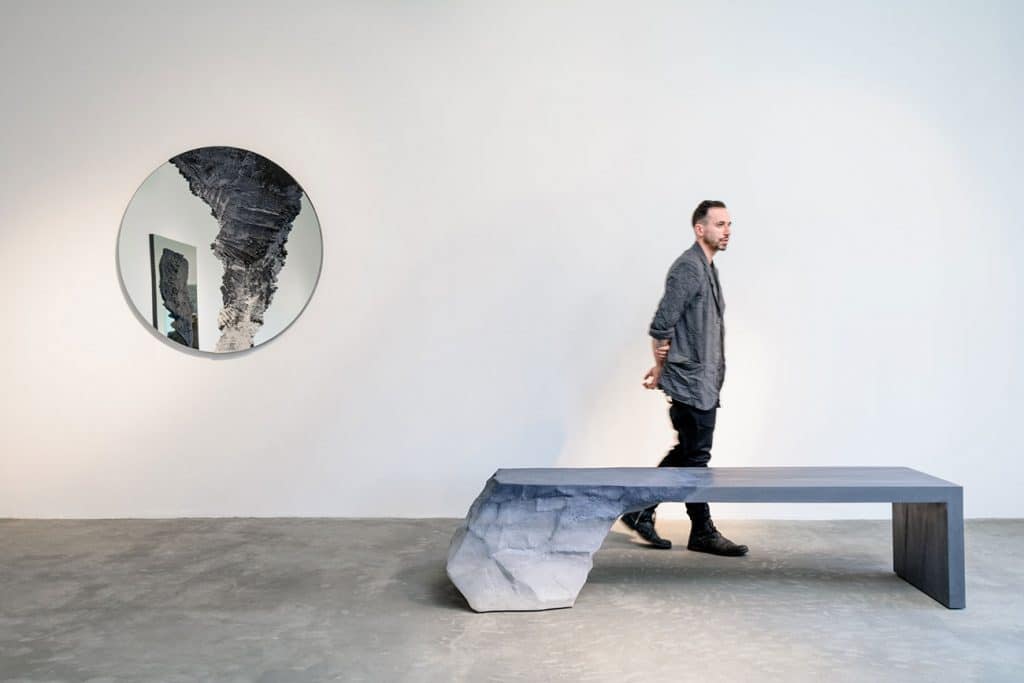 Fernando Mastrangelo’s Drift bench stood solidly on the floor in front of one of his Drift mirrors for the gallery’s 2016 “Drift” exhibition. 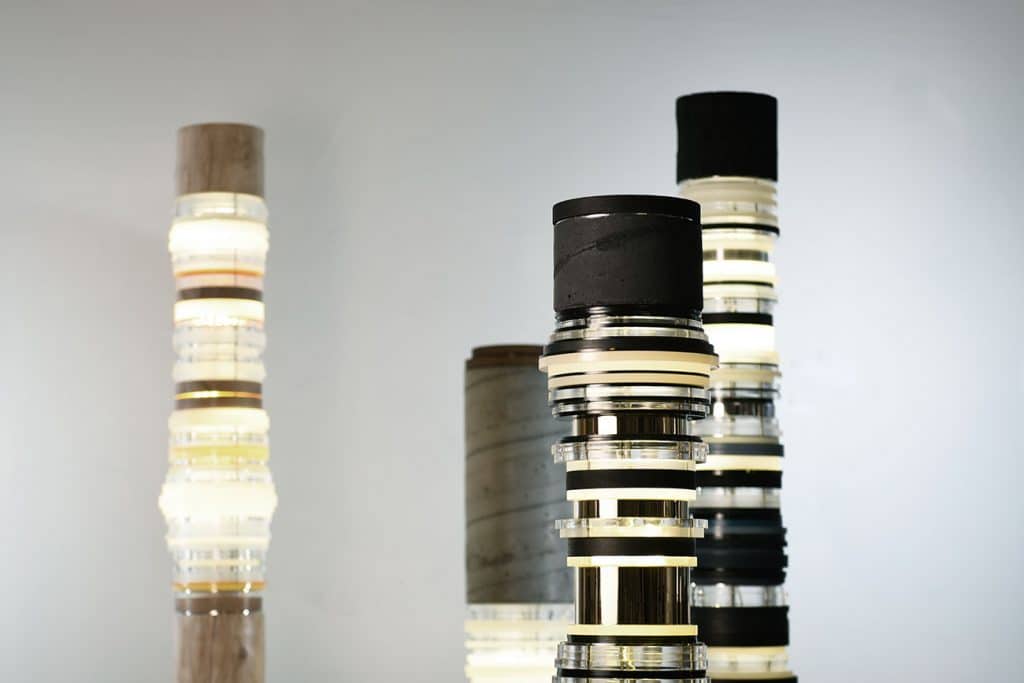 Currently available on THE NEW’s 1stdibs storefront are several pieces from Matt Gagnon’s Light Stack series, which the gallery showed during its 2018 “Material Relations” exhibition.

In 2014, Twentieth moved to its current 6,000-square-foot Beverly Grove location, not far from its original space. Lawrence called on architect Neil Denari to design it. “We saw his aesthetic and regarded him as being one of the newer, more exciting architects working,” he explains. “We were very fortunate that he agreed with the overall vision of doing something culturally relevant, not just throwing up another stucco building.”

On a busy corner of Beverly Boulevard, Denari created a curving, low-slung building covered in three-dimensional bronze panels that read like large-scale matte paillettes. Late in the afternoon, when the sky hits a saturated blue, it looks like a neoteric mermaid flaunting every bodacious inch.

But the structure is more than a beautiful vessel — it is a declaration of intent. Twentieth’s selection of artists and makers land on the dreamier side of luxury. The materials are superb, the concepts are sophisticated, and the designs have a vitality that distinguishes them as creations, not just products or expensive prizes.

Works from Albright’s photographic Smoke and Mirrors series hang behind furnishings by other designers represented by the gallery, including a rock-like side table by Mastrangelo and Videre Licet’s prismatic BBC table.

Inside, the restrained, understated space — with its exposed trusses and concrete floors — feels like the design equivalent of the movie Inception: You’re nostalgic for things you haven’t seen until this moment and lustful for objects you know belong in the future. Everything is interesting, including the pieces from Videre Licet, the sultry collection designed by Albright and co-curated by Lawrence, which launched in 2014. The line consists of tactile limited editions like the cast-bronze Metalithoid table and the Meltform series, light sculptures made of hand-rolled glass encased in metal boxes.

With its expert curation and clean presentation, Twentieth embodies a sort of soulful austerity that allows works to be appreciated, not feared. That may be the gallery’s defining characteristic — it is inviting to both insiders and the uninitiated, without the attitude.

Stefan Lawrence shares his thoughts on a few choice pieces. 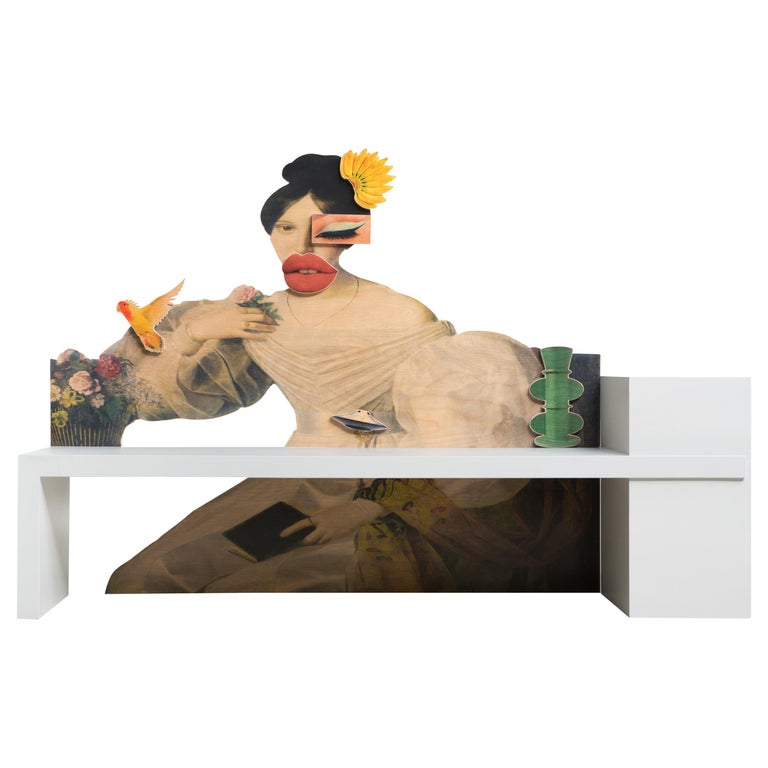 “Mattia is one of those individuals who ooze creativity. His latest series is fantastically whimsical and, typically for Mattia, quite avant-garde.” 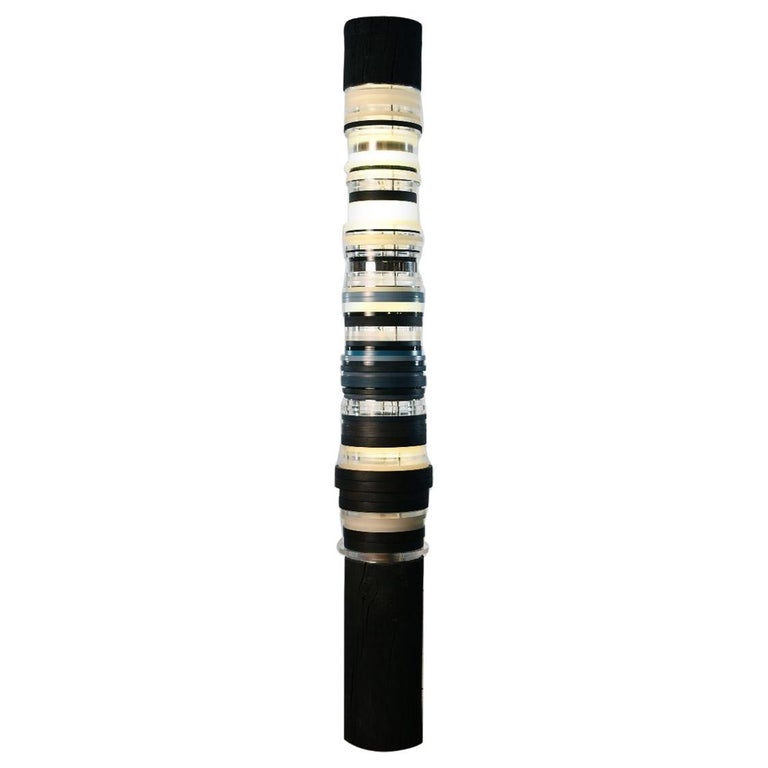 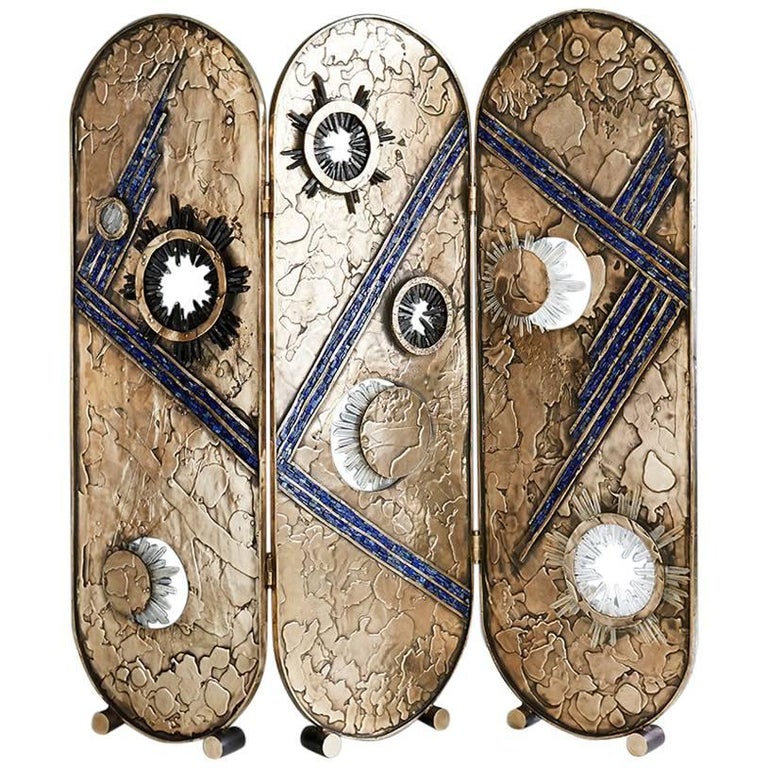 “The materials and opulence of Christopher’s Vanity Screen suggest that one of Gustav Klimt’s subjects might be changing on the other side.” 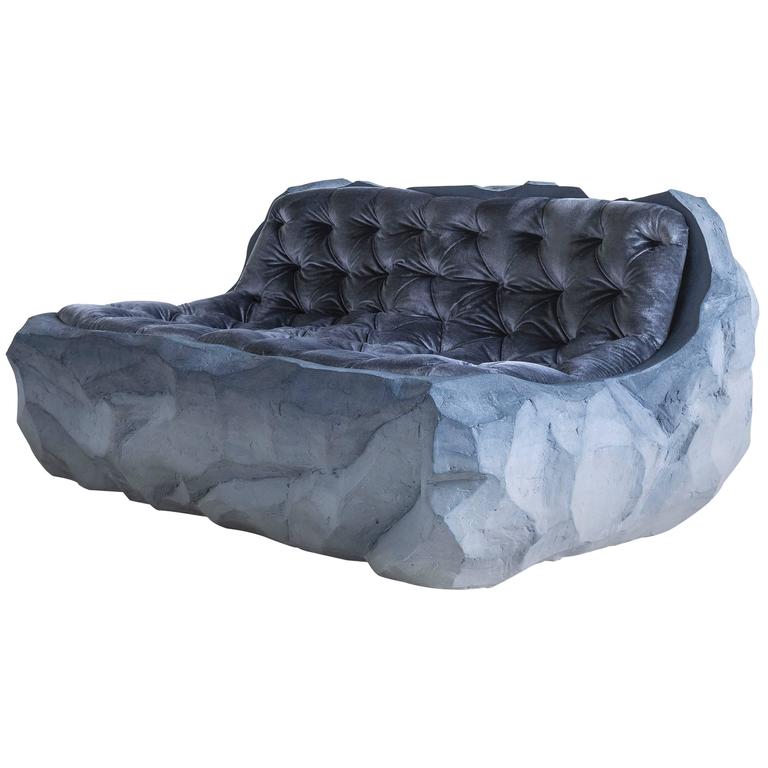 “The Drift sofa is a key part of the initial collection from Fernando. We were thrilled that he chose THE NEW for a West Coast exhibition.” 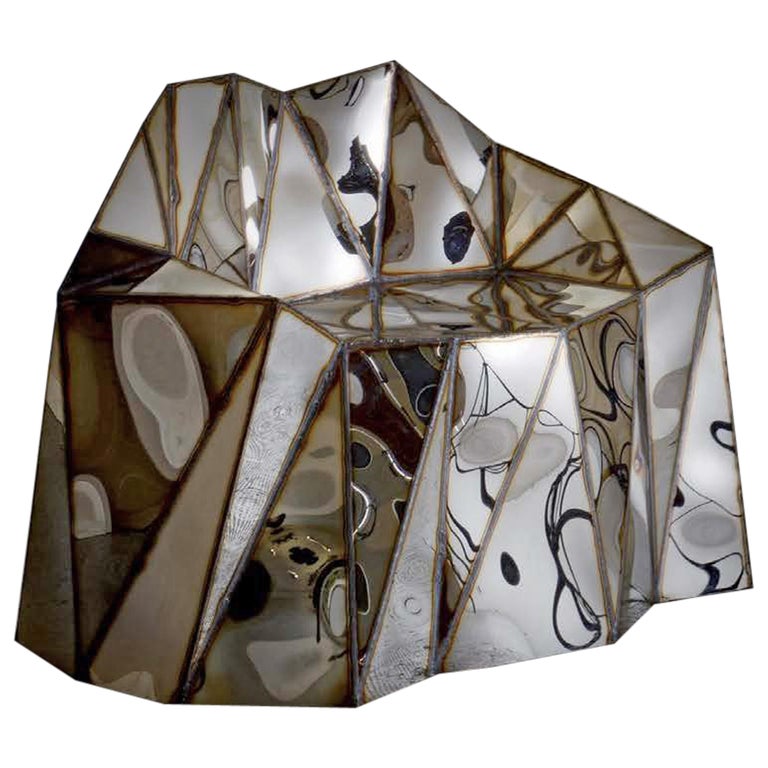 “I just love Julian’s process. The results are both brutal and glam. We’re really looking forward to his show at THE NEW in September.” 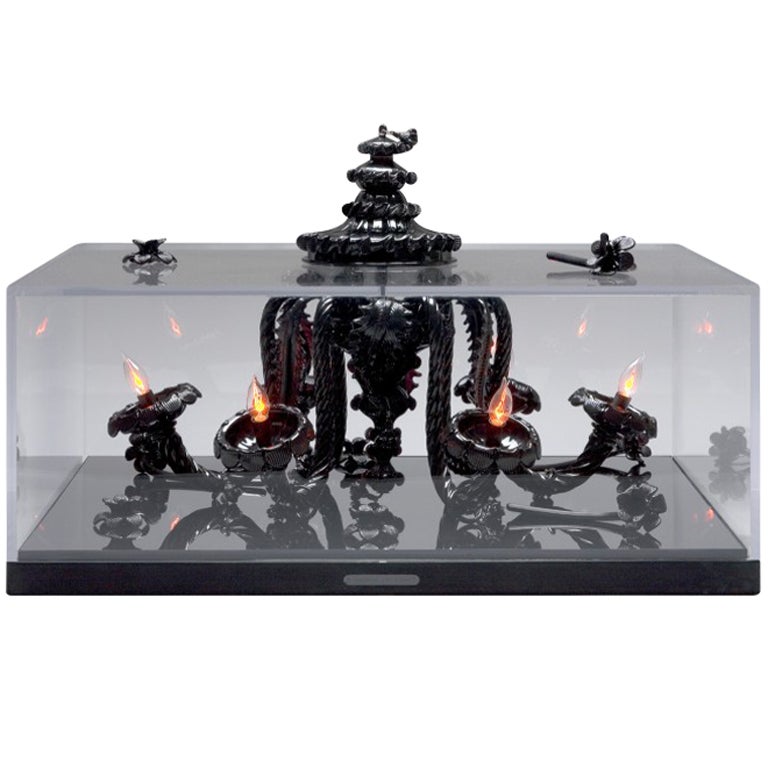 “Working in a fantastical reality, Liana has an aesthetic as beautiful and sophisticated as she is. This deconstructed Venini chandelier, partially encased in a vitrine, embodies her personal vision.” 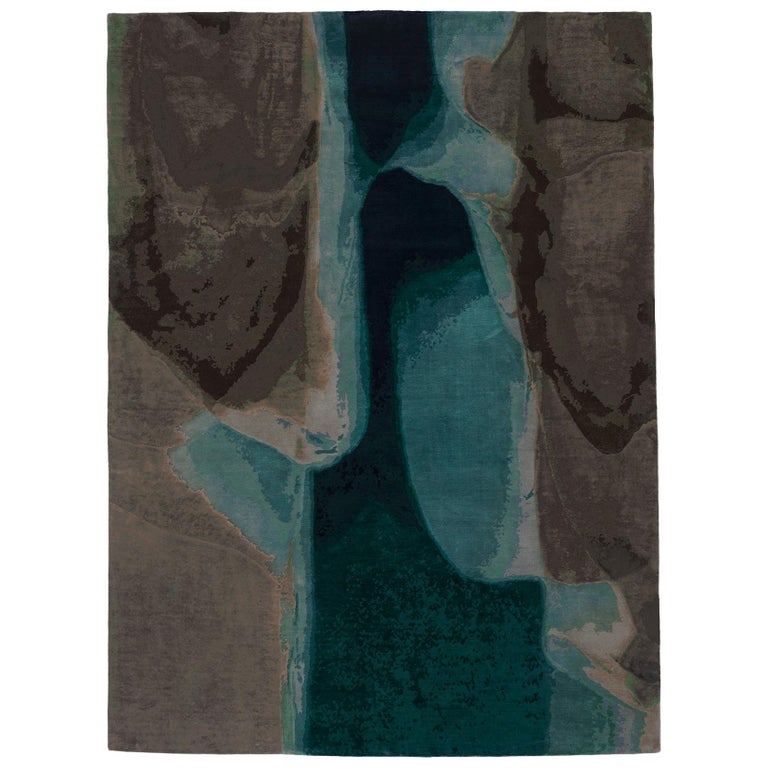 “Videre Licet’s first rug design for Henzel Studio is a cascading waterfall of silk and wool in varying pile heights.” 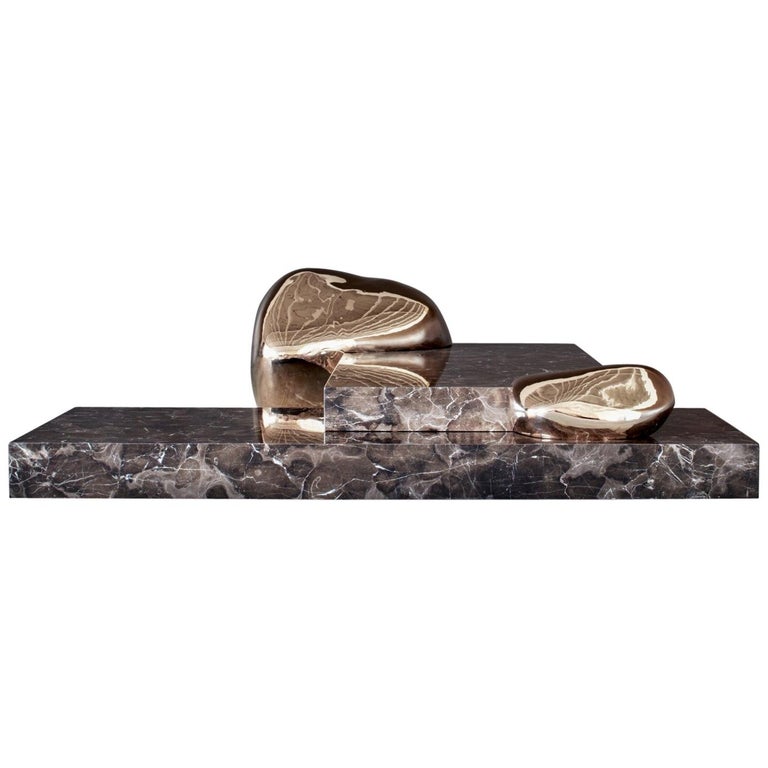 “Magnificent in scale and materials — cast bronze with Saint Laurent marble — this table is like a luxurious Zen garden in your living room.” 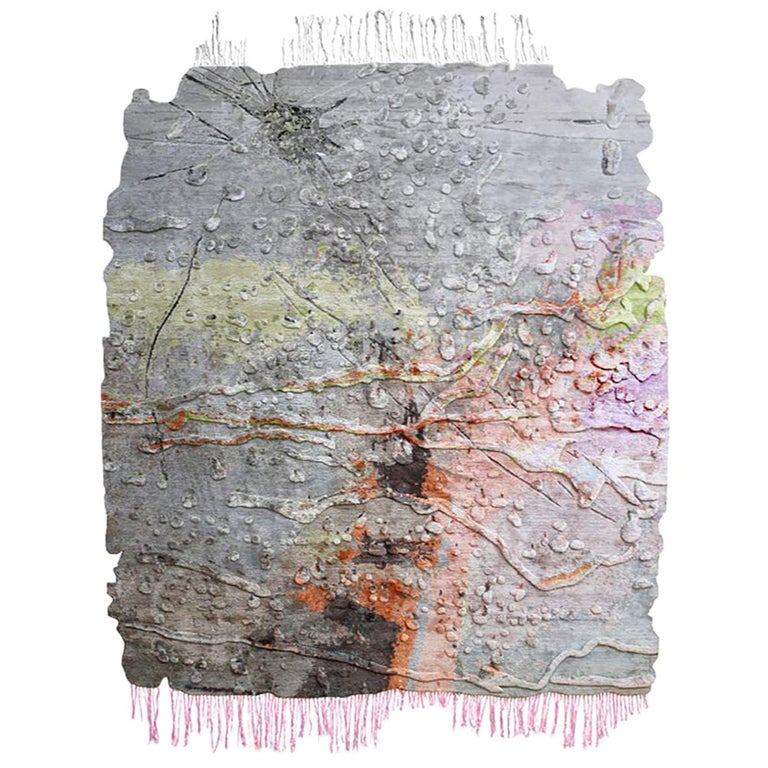 “Marilyn’s piece has already been included in several museum shows. This limited-edition work of textile art is extraordinary.” 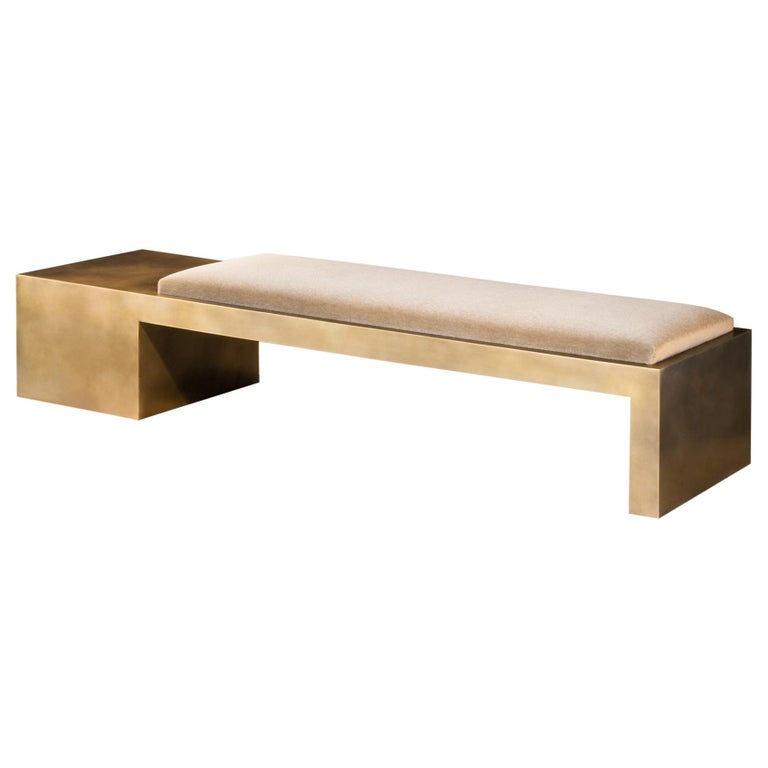 “Referencing Donald Judd but in a new luxurious vernacular, the Offset Cube has a timeless minimal elegance.”

Shop Twentieth and THE NEW on 1stdibs