You Loved the Films, Now Collect the Posters 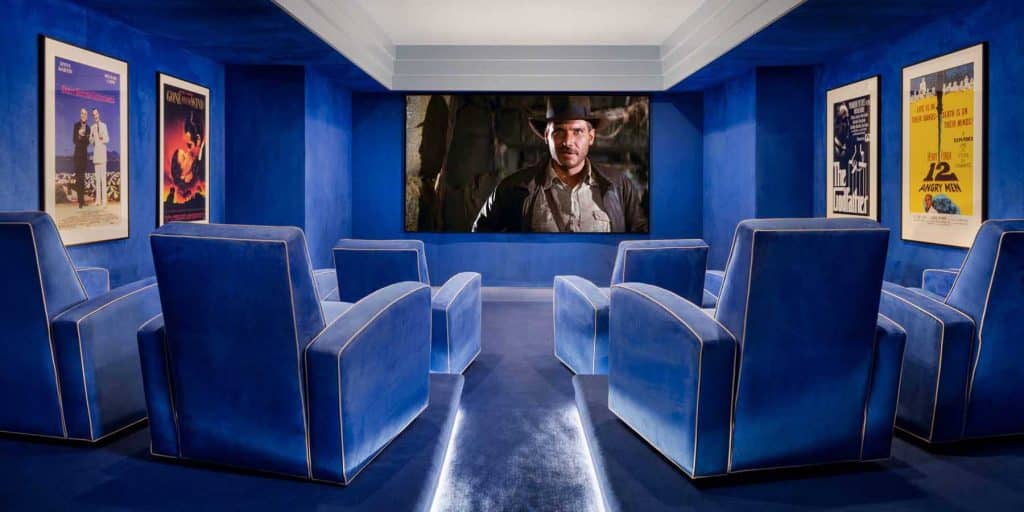 Adding wit, whimsy and style to a variety of spaces, vintage advertisements from classic films have proved perennially popular.

June 28, 2020A crisp, compelling poster for a movie you love generates a double thrill — you get to enjoy the design of the advertisement almost as much as you do the product. And that is surely one reason that among a certain set of collectors, vintage movie posters have been a steady area of interest for decades.

Recently, as going to a theater to see a film has become largely impossible, posters have also been giving us a needed link to communal viewing.

Even in normal times, these graphic artworks constitute a sui generis category. “Movie posters are their own thing,” says Angelina Lippert, the chief curator of New York’s Poster House museum, which opened last year in New York. “The most expensive vintage poster is around a half-million dollars, but the expensive movie poster is a million bucks.”

The costliest posters tend to be from the 1920s to the ’70s, and value never depends on graphic design alone. As Lippert puts it, “In this genre, the movie matters.” Hence the price tags of almost $3,000 on the posters for the seminal 1925 silent film Battleship Potemkin, from Antikbar Limited.

The most commonly offered poster type is the one sheet, an ad for a movie that could have hung outside or inside a theater, along a city street or anywhere else. Equally important is the more detailed lobby or title card, meant for theater interiors.

The dealer Robin Yacoubian, of Orson & Welles, has been collecting them for 25 years and dealing in them for six. “Classic movies always do well,” he says, “and there’s always interest in Star Wars and James Bond.”

Movie poster collectors, says Yacoubian, have five Cs to remember— or rather four Cs and an E. The first C stands for Classic, denoting a category of films, such as Citizen Kane and Casablanca, which drive sales. Orson & Welles offers one of the best-known posters of all time, for Alfred Hitchcock’s Vertigo (1958). It was designed by Saul Bass, the graphic designer and Oscar-winning short-film maker famed for distilling complex themes into striking images (as well for his stop-motion animated masterworks). “It ticks all the boxes,” says Yacoubian.

As demonstrated by the Vertigo poster, a known artist can boost value. Another example is the 1973 design for an iconic film of that era, American Graffiti, created by Mad Magazine illustrator Mort Drucker (who died in April of this year at the age of 91). Offered by Rock Paper Film for more than $1,000, the poster depicts the movie’s young cast and cool cars with cartoonish verve.

The second C stands for Condition, which, of course, matters in all collecting fields. A pristine poster will always command a premium.

The third C, Yacoubian says, is Country of origin. If it’s an American film, generally the versions created for American theaters do better. But there are exceptions For instance, the Argentinian poster for 1933’s King Kong, available from Posteritati for $75,000, rates high because it’s an outstandingly grabby image from a much-admired film.

As for the fourth C, Creativity, it “can trump everything else,” says Yacoubian. The 1961 landmark film The Hustler has cachet among film buffs, but its poster was just so-so. In contrast, the Op art–inflected design of the film’s 1964 re-release poster, has quite a following, and Yacoubian offers it for around $1,850.

Finally, the E stands for Exclusivity. “Scarcer is better,” says Yacoubian. For example, the poster for The Empire Strikes Back, listed at just over $1,400 on his storefront, is part of a popular series but has extra value because it was taken out of circulation early.

Bruce Marchant, of The Reel Poster Gallery, in London, started his business in 1991 and has dealt in some of the greatest posters of all time, including the category’s undisputed king, for Fritz Lang’s 1927 masterpiece Metropolis.

Particularly coveted among the most expensive posters are those for the Universal horror movies of the 1930s, including Frankenstein, The Mummy and The Bride of Frankenstein. “Most things that have gone for more than $100,000 are from that category,” says Marchant, who attributes the posters’ price partly to their scarcity — “You’d be lucky to find ten extant copies of Frankenstein” — and partly to their association with beloved movies in an emotionally resonant genre. “Americans are obsessed with horror and sci-fi,” he points out, “which is very different from the British.”

Needless to say, European and Asian designs can also be valuable. “Japan in the sixties was a hotbed for posters,” says Marchant, pointing to the original Japanese poster for the French nouvelle vague film Alphaville.

In terms of more recent films, many dealers say they get consistent inquiries about Pulp Fiction. “It’s one of our most asked-about nineties titles,” says Liza Tesei, of At the Movies, which has several versions of the poster for around $700 each. “People who have never even seen the movie want the poster — it’s iconic.” The combination of a well-regarded film with a retro design helps.

The London-based Tesei — who once worked for Marchant’s father at an art gallery — says that her favorite among those she currently stocks is the original Italian poster for Federico Fellini’s 1960 classic La Dolce Vita, with its vision of louche and sexy characters gallivanting around the Eternal City. “It’s just a magnificent artwork,” she says.

Although eager to share her love of the genre, she warns aspiring collectors about fakes. Beware, for instance, of a very old poster showing no wear at all — posters were generally folded to be shipped. “If it seems too good to be true, it probably is,” Tesei says, adding, “You have to be careful with Star Wars and Jaws.”

From his vast experience, Marchant has come to appreciate the significance of posters as part of film history. He points to an 1895 poster he owned that advertised some of the first films ever made: a series of 12 shorts made by the medium’s French pioneers, brothers Auguste and Louis Lumière.

“A few years ago, the Academy of Motion Picture Arts and Sciences bought it for $75,000,” says Marchant. “And now it is going in their new museum,” scheduled to open in December in Los Angeles.

Most likely, you’ll be buying a poster not to sell it again later but to live with a snappy graphic representation of a favorite film. For me, that’s Suddenly Last Summer, the bonkers 1959 movie adaptation of Tennessee Williams’s play. “The Lured . . . the Loved the Lost . . . ” reads the original title card hanging in my kitchen right now, which I purchased more than 25 years ago (another version was recently sold by Posteriati).

It hypes a film that is over the top in all ways and doesn’t make a whole lot of sense. But the poster itself  — featuring Elizabeth Taylor, Montgomery Clift and Katharine Hepburn amidst lurid colors and a scary attacking vulture — uses great design to make the emotional stakes of the story perfectly, thrillingly clear.