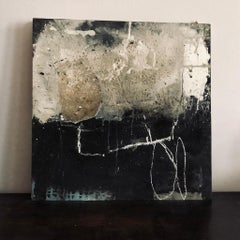 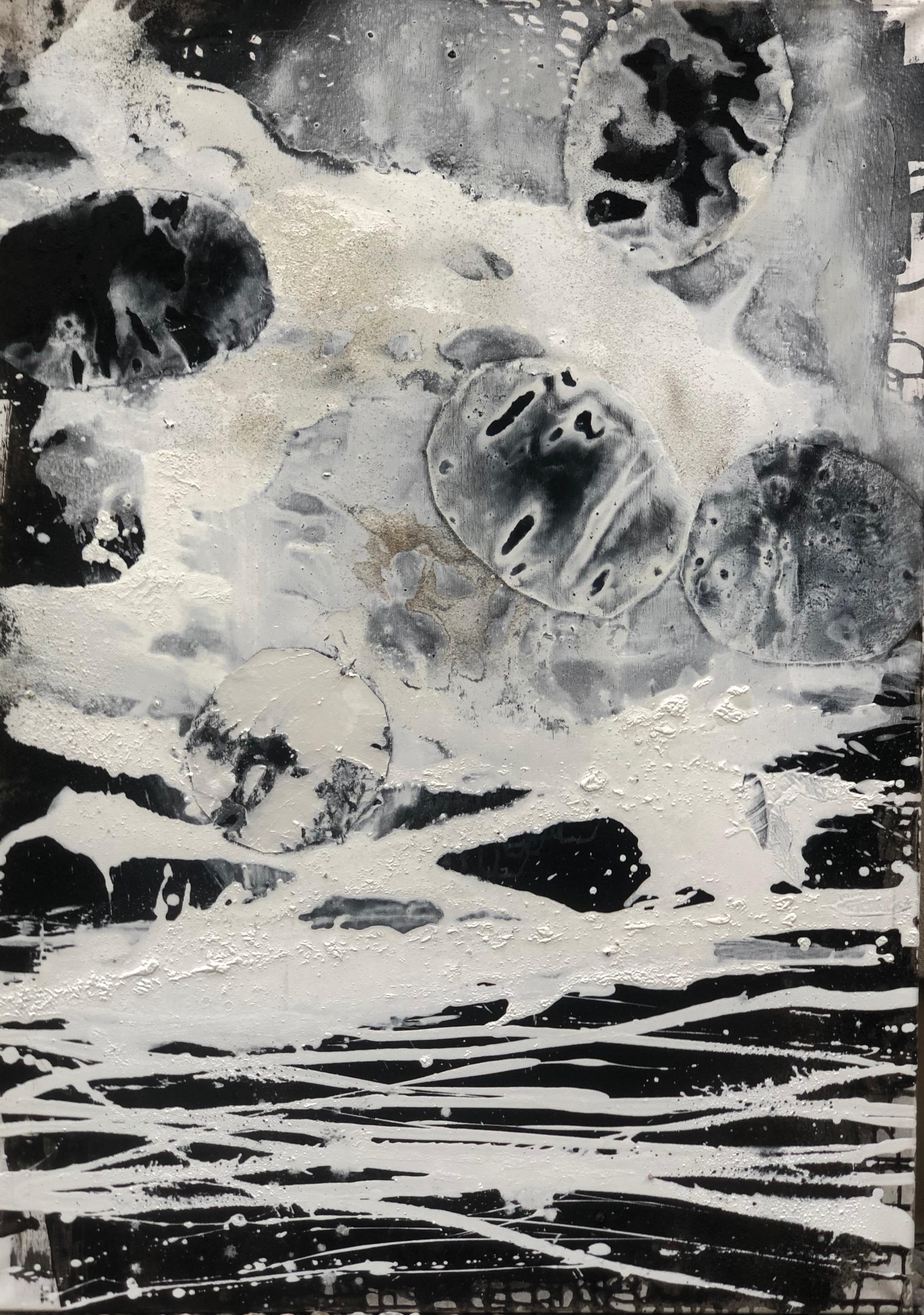 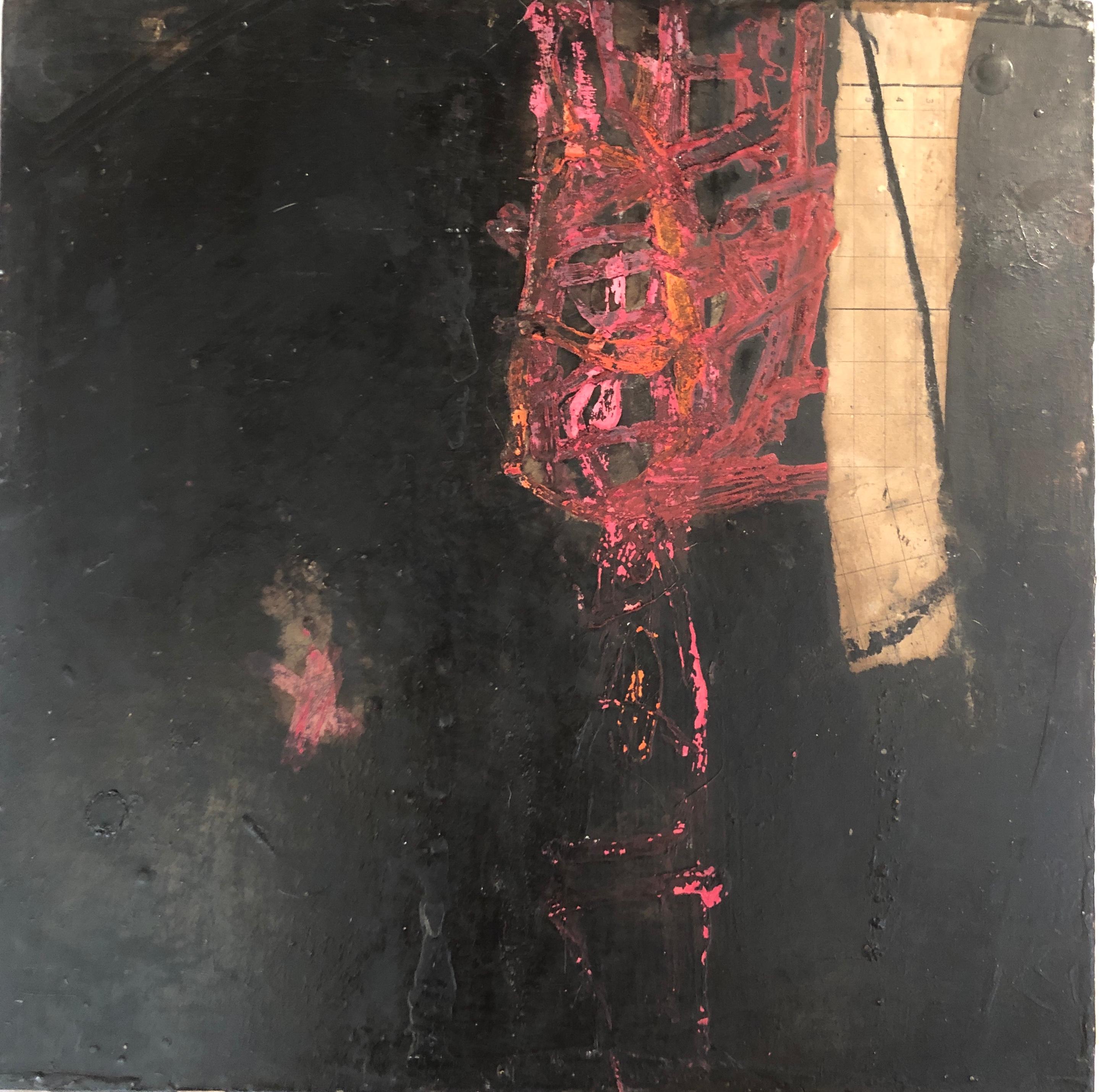 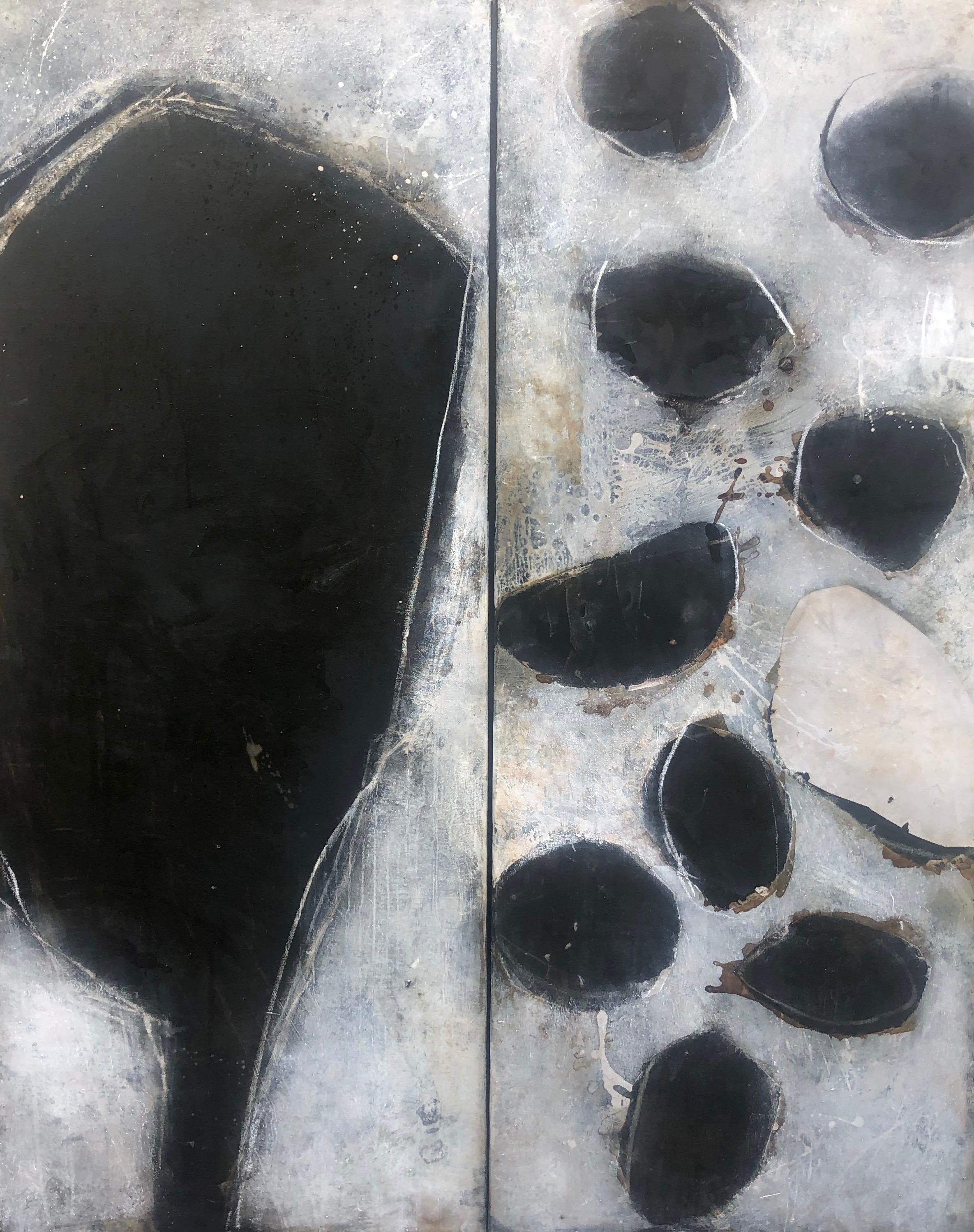 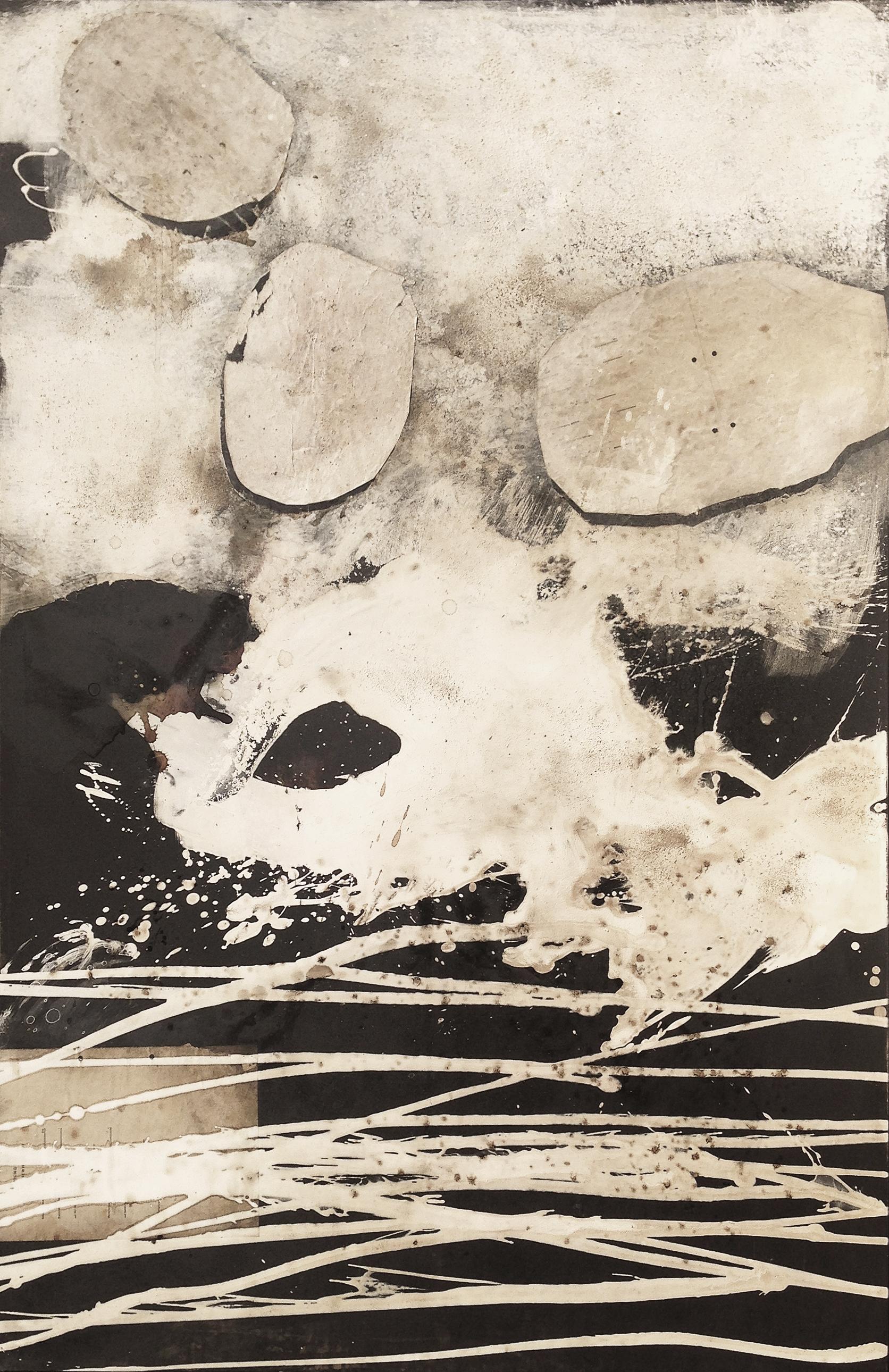 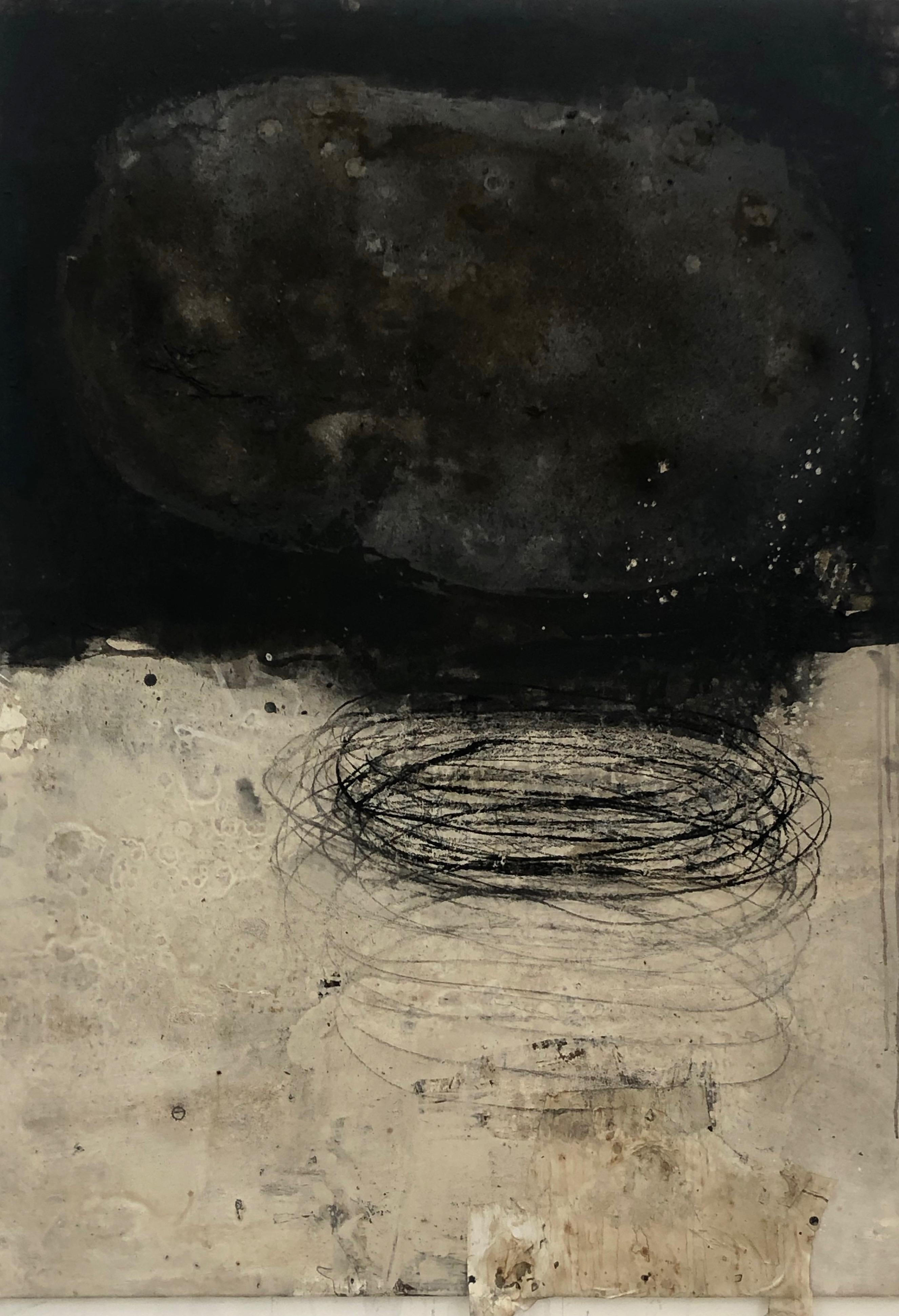 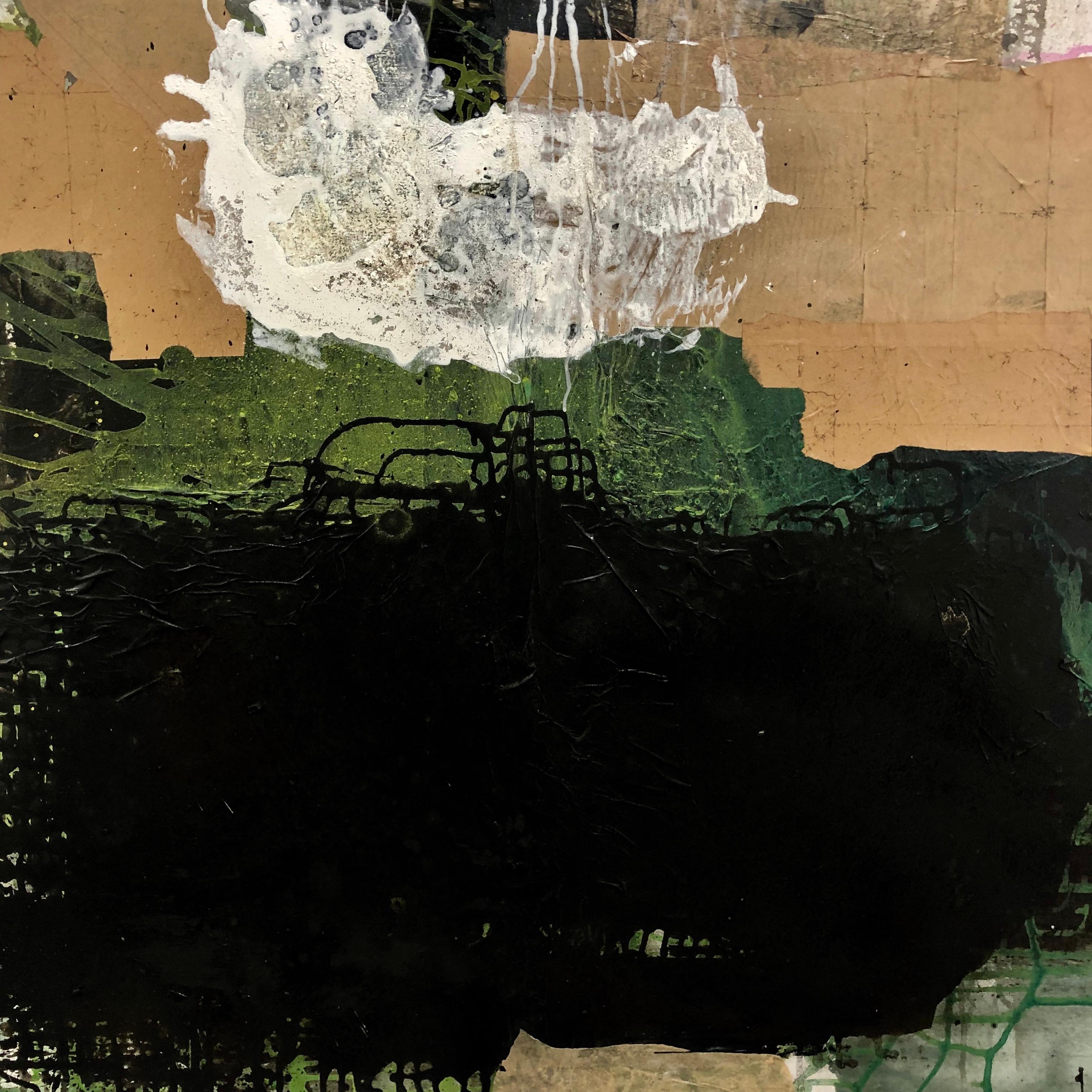 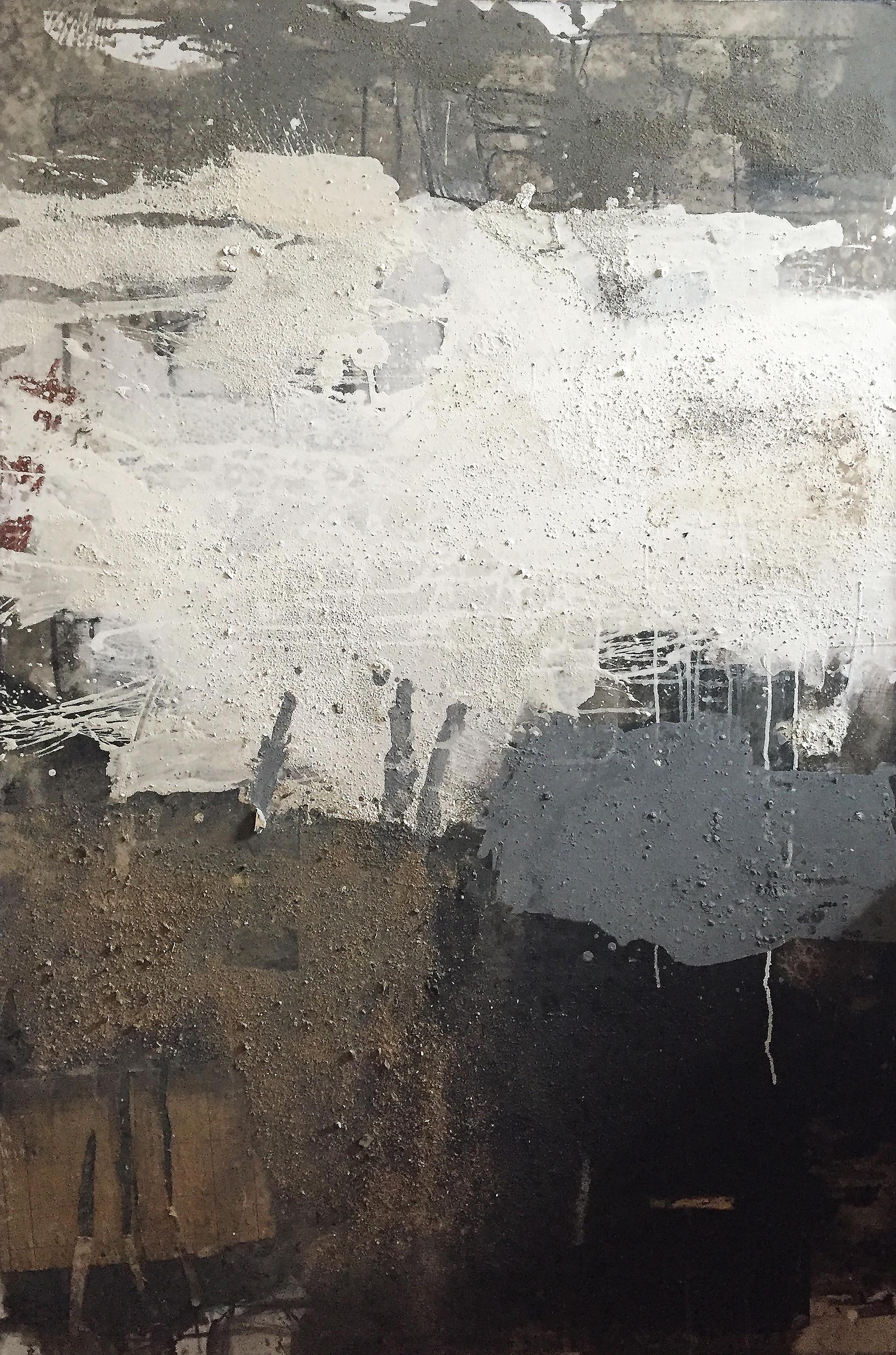 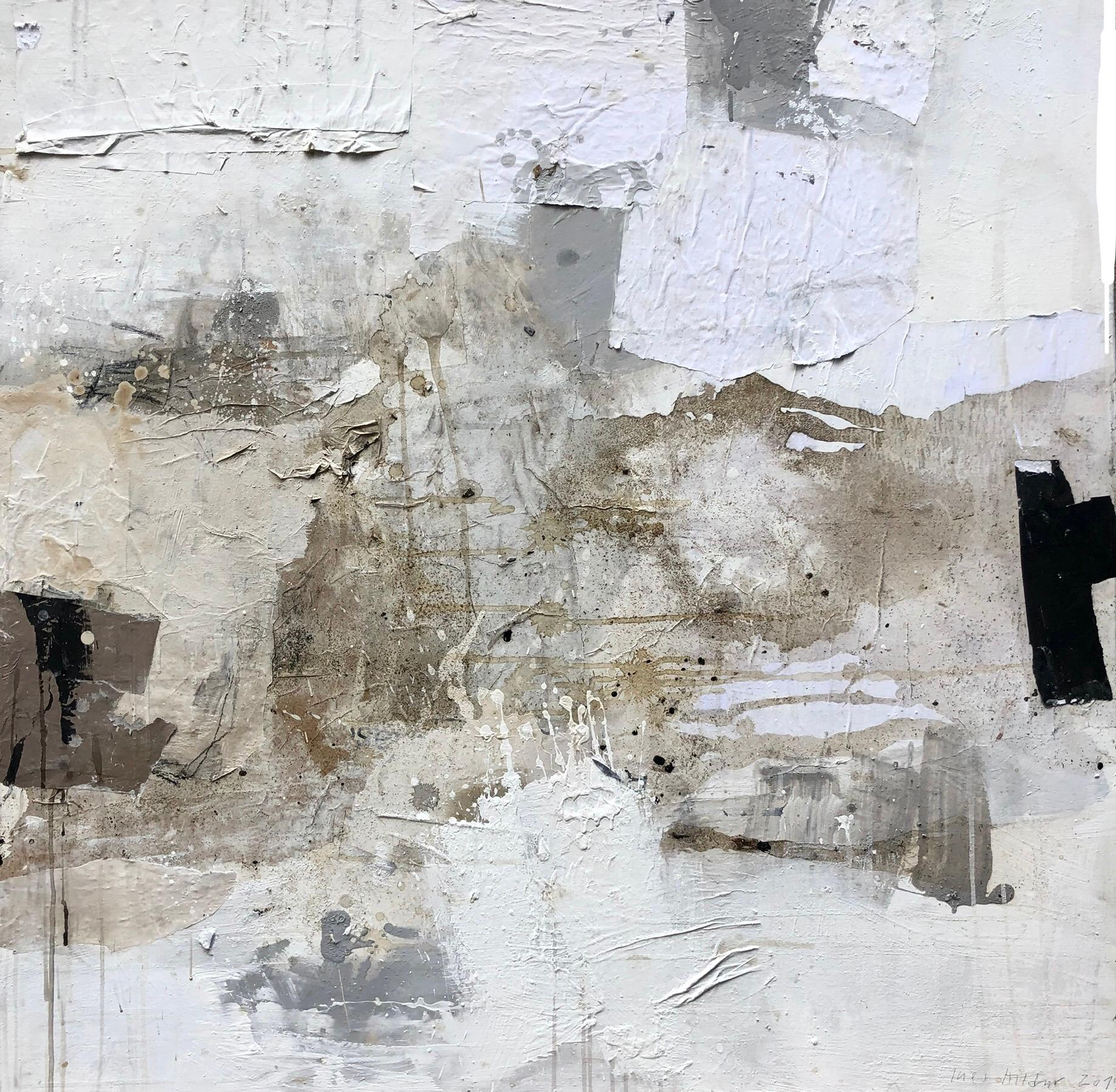 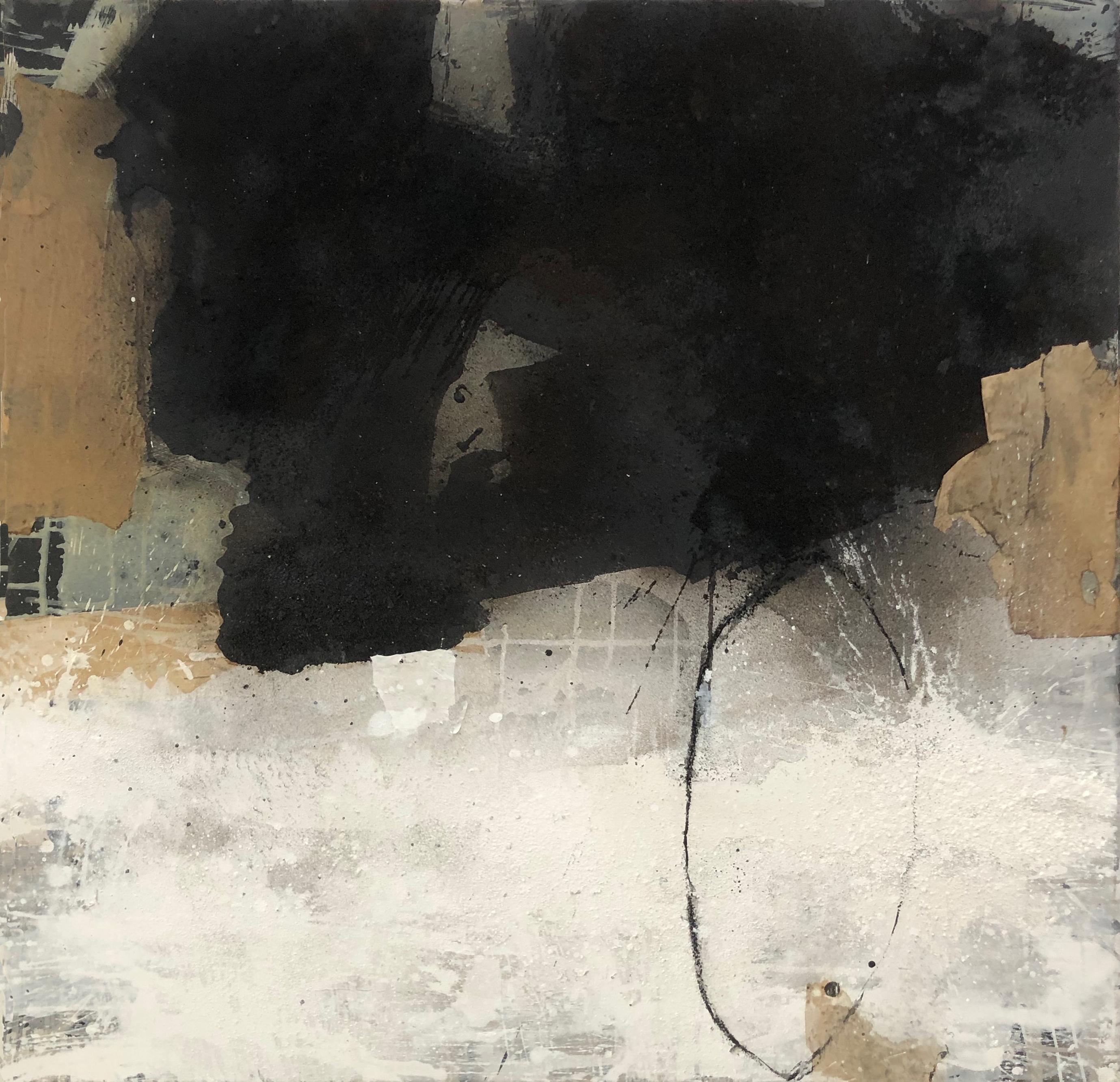 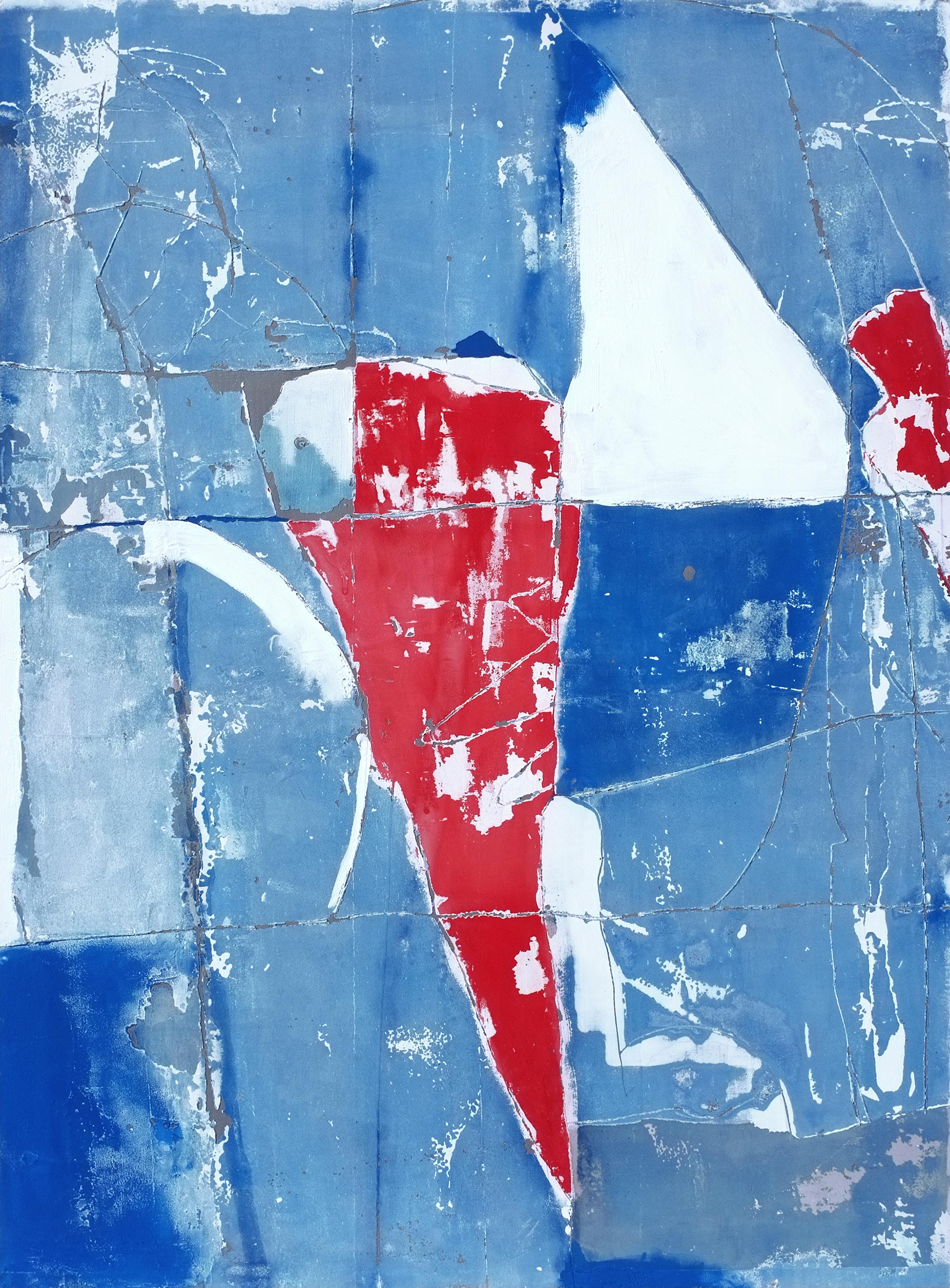 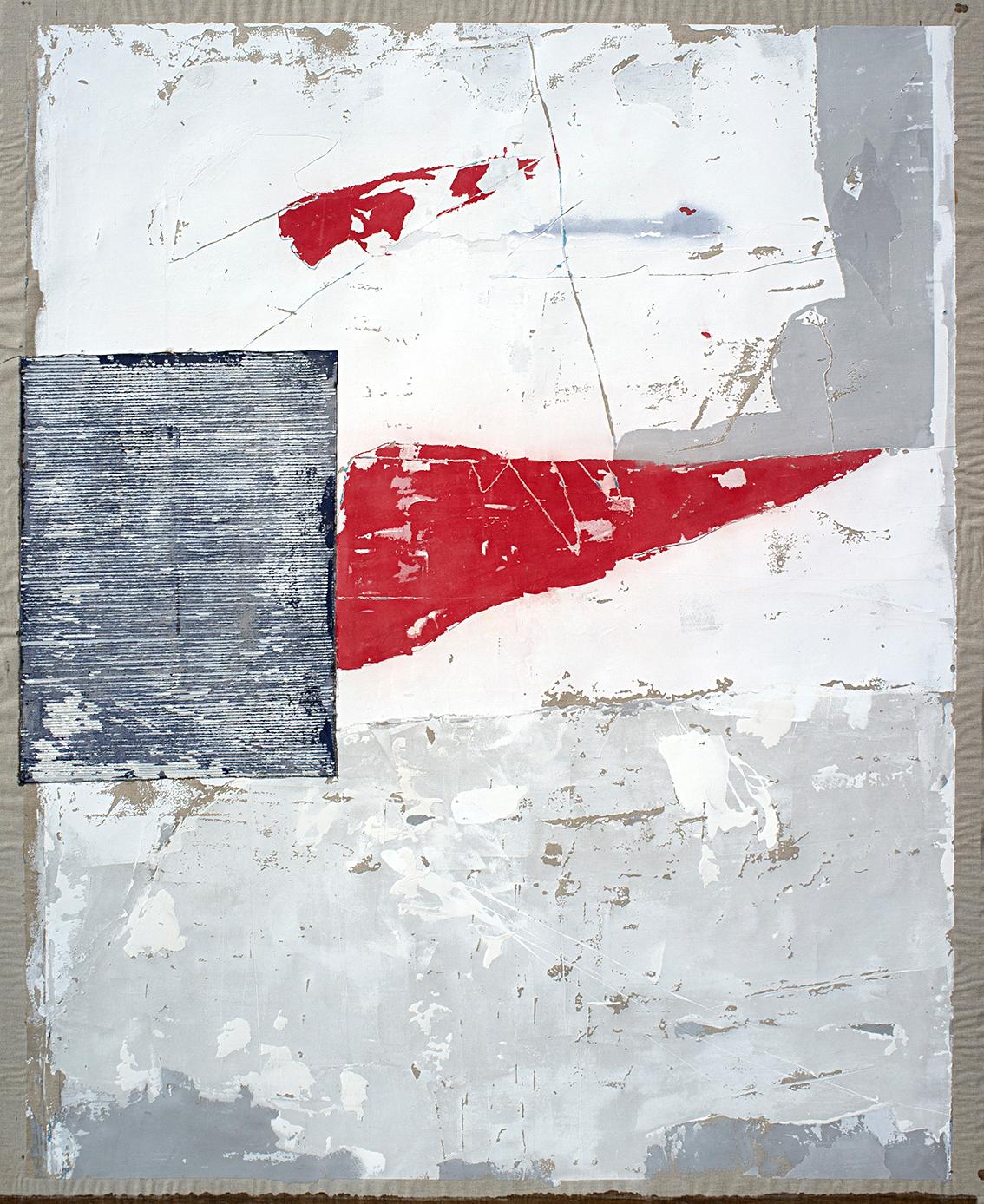 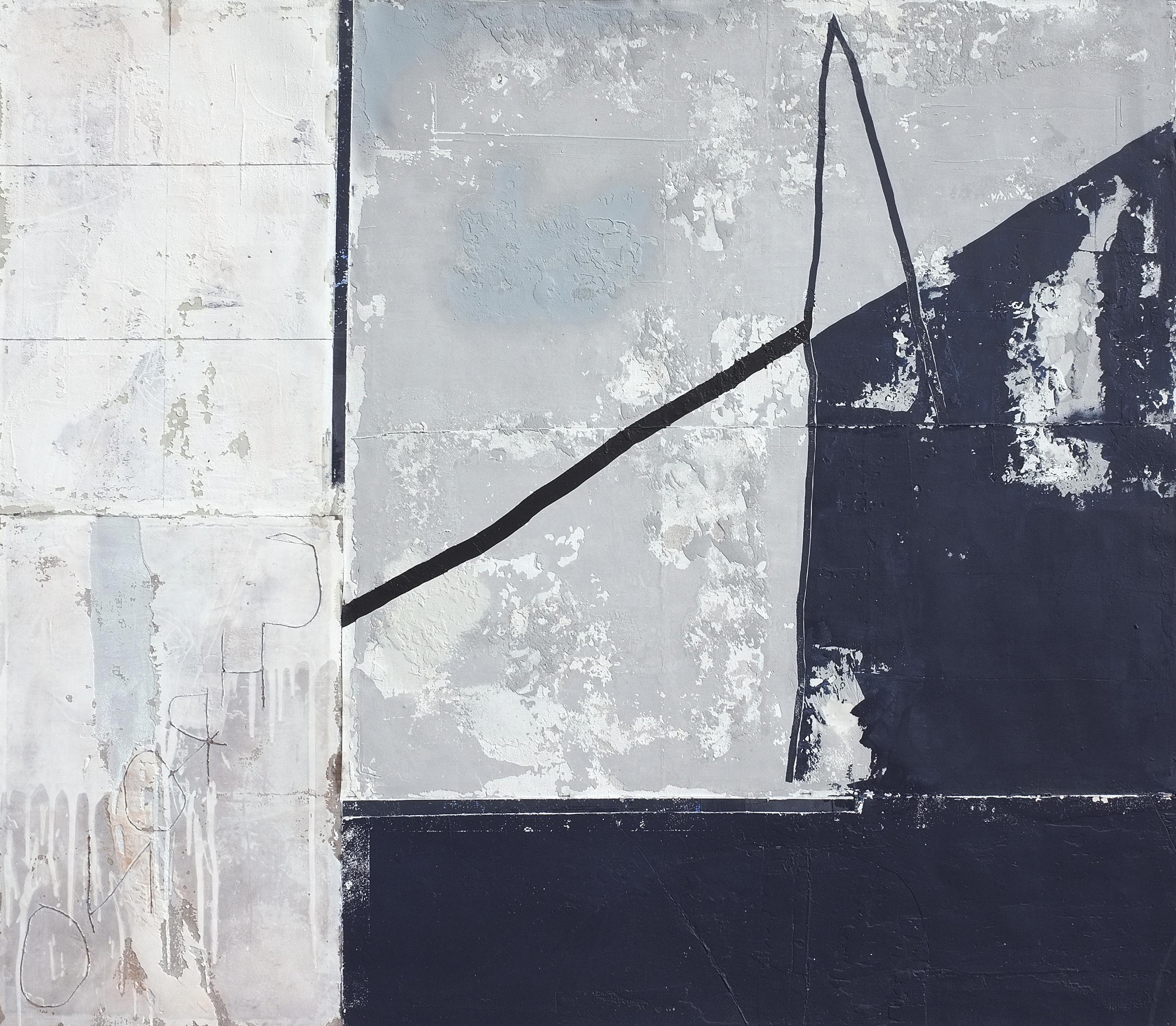 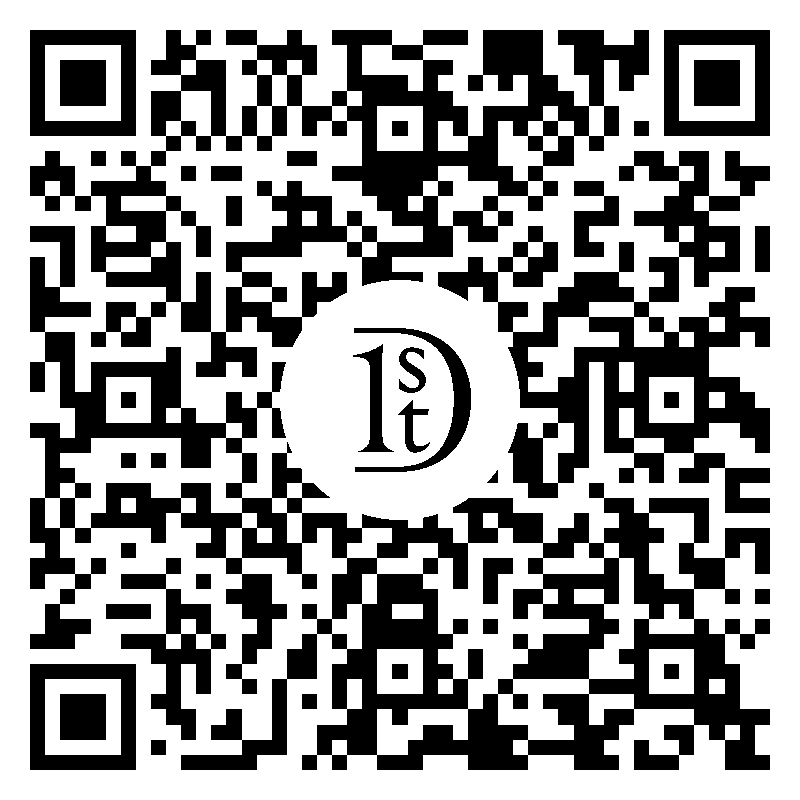 "Art is transformation" Art is the purpose of art as love is the purpose of love. “Heinrich Heine Ines Hildur starts her paintings intuitively, without any preconceived programme. From the subconscious things occur, which she cannot predetermine. The artist does not convert these inner pictures to specific things. With a special feeling for rhythm and through subtitle color sounds she tells about free, associative picture stories. The works exude tranquility, clarity and sensuality. The visible aesthetic sensitivity has a suggestive power, which captivates the observer. If you get involved in these pictures – in the colored moods, the symbolic, fragile lines, symbols – they appear to be the beginning of a story, which the observer can continue in his imagination. At the trans-lation into the terms of language, however, something mysterious remains, which cannot be translated. The painter apparently leaves the processes for the creation of the painting: color layers overlay each other, lines are covered and released again, used papers are stuck onto the work. The artist describes her way of painting like this: “violations at places of change are connected, sewed, covered in a varnishing way, shine through like under a wax layer or can still haptically be realized. Special importance is attached to the picture passages, which appear to be particularly successful, they support their environment – are significant for fringe areas, however, can also lose their function again during the working process and have to be given up – sometimes this is quite painful like the loss of a good friend. “She discovers special beauty in apparently everyday things. This can be a crumbling wall, moss between concrete slabs, traces of transience. Due to this special talent of perception the artist converts her impressions to compact pictures, which sometimes remind me of releasing layers, preserving a certain state, which could quickly disappear: also the forms of cocoon are ambiguous, a cocoon for wrapping something up, giving protection and security – or are they projectiles reaching new shores? In an environment of over-stimulation the artist wants to train our ability of perception to see things in a new way. For several years she has been communicating the interrelation between painting and seeing at the private art school Wameling Richon in Baden near Zurich. The painter and architect Ines Hildur – this is her pseudonym – belongs to the cross-border artists, to whom one attributes a special open view due to the different fields of activity. Since 1991 she has intensively been occupying herself with painting. By encountering the Berlin film-maker and painter Jürgen Böttcher Alias Strawalde, the Vienna painter Gunter Damisch and the artist couple Nancy Spero and Leon Golub at the renowned Summer Academy of Fine Arts in Salzburg she received particularly lasting ideas and stimuli. In the meantime the artist, who presently lives in Leipzig, shows her individual and group presentations in Germany, Austria, Switzerland and France. The paintings of Ines Hildur appear to be very open, they invite to discuss about them. Perhaps it will be a dialogue between her expectations and those aspects you can find here. You can take up this trace if you want to come closer to the secret behind the obvious things, which works of art always have for us. Andrea Richter-Mahlo I Art Historian I Leipzig. Ines Hildur is born in Freiberg / Saxonia in Germany She studied architecture at the University Dresden from 1977-1982. In 1991 she study Arts in the Arts School of Fine Arts & Design and in the International Summer Academies of Fine Arts Saarbrücken Living and working in Leipzig as an Artist Painter she still working as an Architect and Interior Designer in Dresden, Saarbrücken, Salzburg and Leipzig since 1982 and Temporarily in Saint Paul De Vence - Cote d'Azur Teaching free painting at serval academies of Fine arts since 2002 . Selected Solo Exhibitions 1994 Galerie Filmhaus Saarbrücken 1995 Atelier Studio Silke Wagler Leipzig Galerie Mittelsächsisches Theater Freiberg 1996 Galerie Alcatraz Hallein/Austria 1997 Galerie Hofhaus Saarlouis Galerie Pro Arte Hallein/Austria 1998 Galerie Schubert Neunkirchen Mdr-Galerie Leipzig 1999 City Managment/Galerie Spandow Berlin Galerie Kunst + Objekte Leipzig 2000 Regierungspräsidium Dresden Galerie Hanstein Saarbrücken 2001 Galerie Spandow Berlin 2002 Galerie Wameling Richon, Baden/Suisse 2003 Kunstverein Die Treidler, Frankenthal Galerie Ferry, Paris 2004 Drive - Die Medienagentur, Hannover 2005 Galerie Ferry Paris Galerie Wameling Richon Baden/Suisse Galerie Victoria Wittek Schwalmtal/Rainrod/D 2006 Kunstverein Ebersberg 2007 Nexolab München 2010 Art und Ambiente Leipzig Kunst und Justiz Karlsruhe 2013 Helmaxx Salzburg 2014 Werkschau Salzburg 2015 2018 Galerie Schöllerbank Salzburg Galerie Katapult Basel Galerie Mikhail Nefedov Nizza Galerie der Havilandbank Monte Carlo Selected Group Exhibitions 1994 Galerie Filmhaus Saarbrücken 1996 Galerie am Damm, Dresden Galerie Hanstein, Saarbrücken Galerie Pro Arte Hallein/Austria 1997 Landeskunstaustellung Saar, St. Ingbert 1999 Passages - House of Artists, Saarbrücken Art in the Box - House of Artists, Saarbrücken 2001 Galerie Hanstein, Saarbrücken House of Artists, Saarbrücken 2002 Galerie Hanstein, Saarbrücken Galerie Pro Arte Hallein/Austria 2003 Galerie Hanstein, Saarbrücken Galerie Ferry, Paris 2004 Galerie Wameling Richon, Baden/Suisse Grosse Kunstausstellung, Wasserburg/Inn Galerie Nicole Ferry, Paris Jahresausstellung 2004 Kunstverein, Coburg Mélange De Noël »2ème«, Leipzig 2005 Große Kunstausstellung Wasserburg/Inn Galerie Nicole Ferry Paris – Accrochage Grosse Sächsische Kunstausstellung Leipzig Jahresausstellung 2005 Kunstverein, Coburg 2010 Schloß Rotenfels Gaggenau 2015 Galerie Katapult Basel. 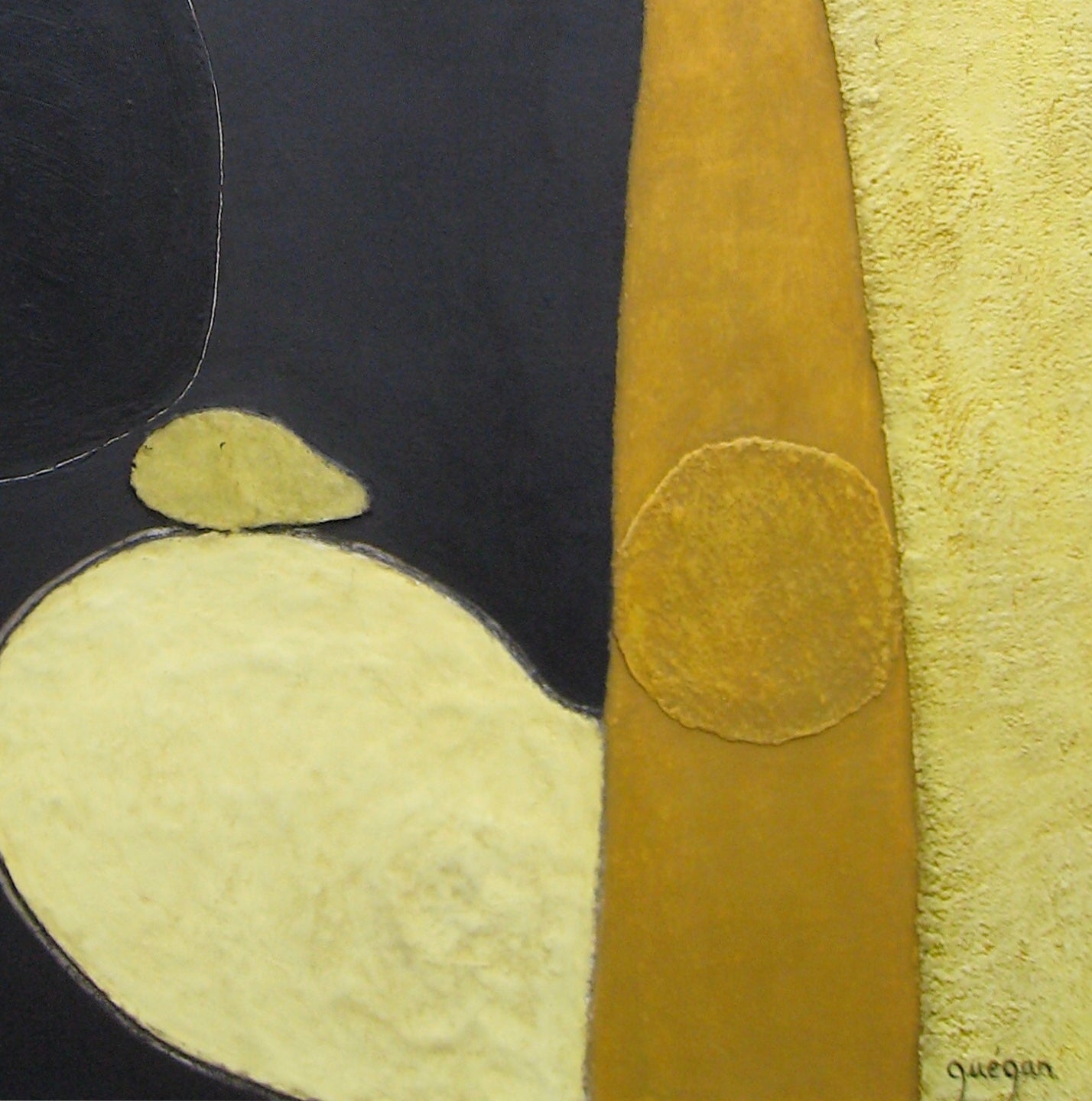 About the Seller
5 / 5
Located in Paris, France
Vetted Seller
These experienced sellers undergo a comprehensive evaluation by our team of in-house experts.
Established in 2017
1stDibs seller since 2019
11 sales on 1stDibs
Typical response time: 19 hours

View All
Ines Hildur German Artist "Snow Field" Mixed-Media on Wood
By Hildur Ines
Located in Paris, FR
"Art is transformation" Art is the purpose of art as love is the purpose of love.« Heinrich Heine Ines Hildur starts her paintings intuitively, without any preconceived programme. Fr...
Category