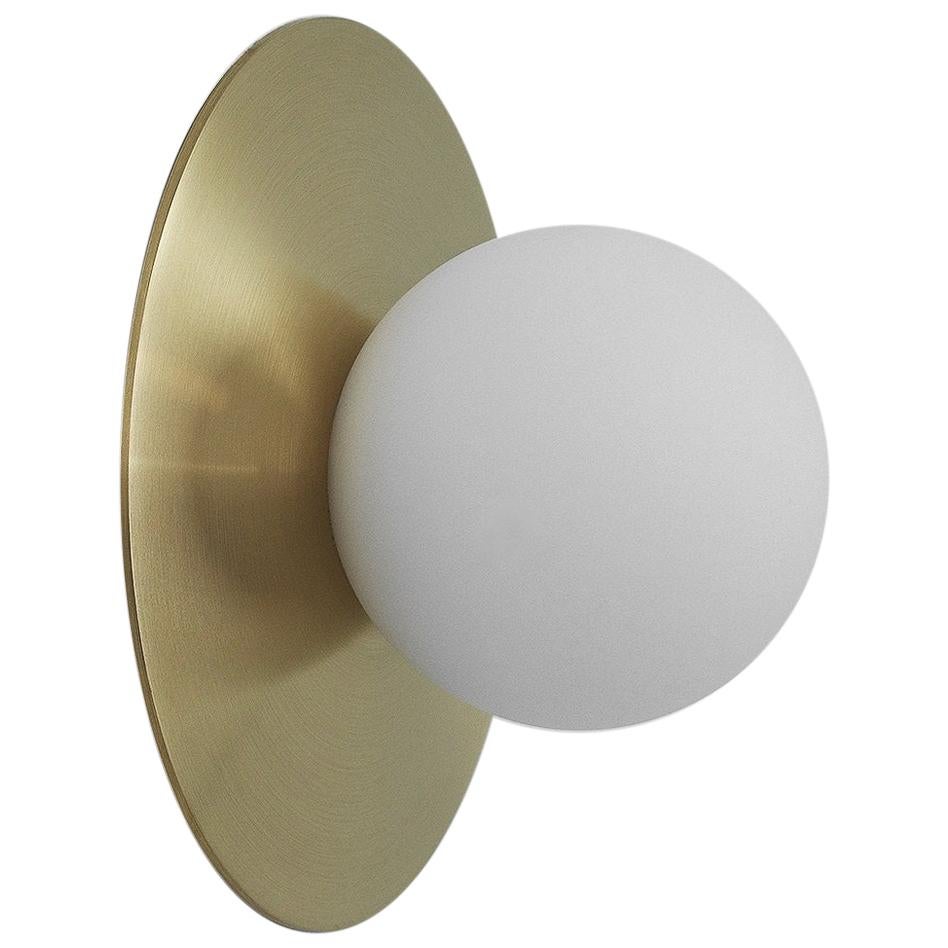 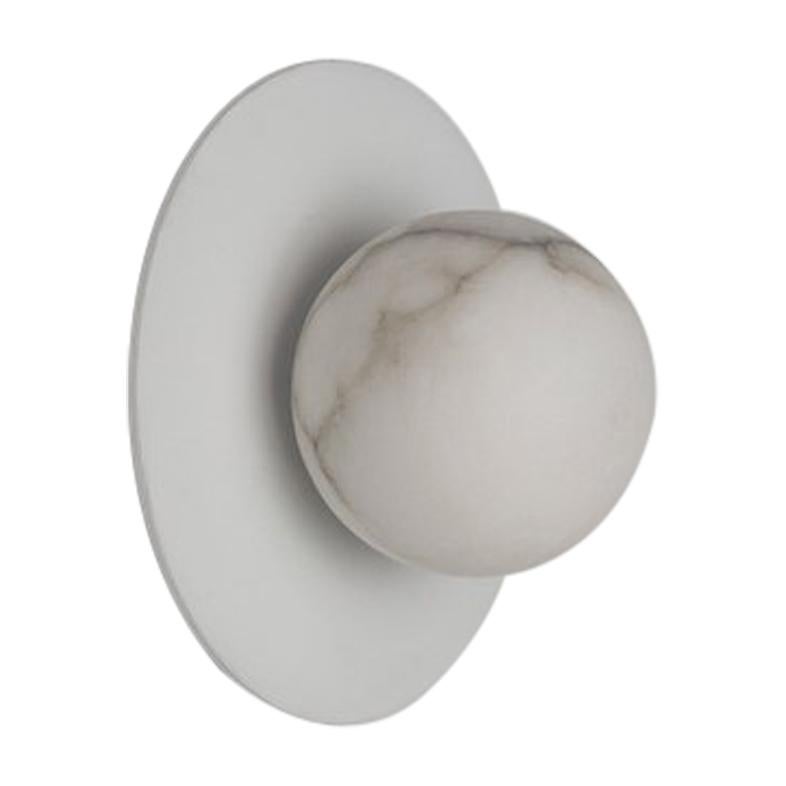 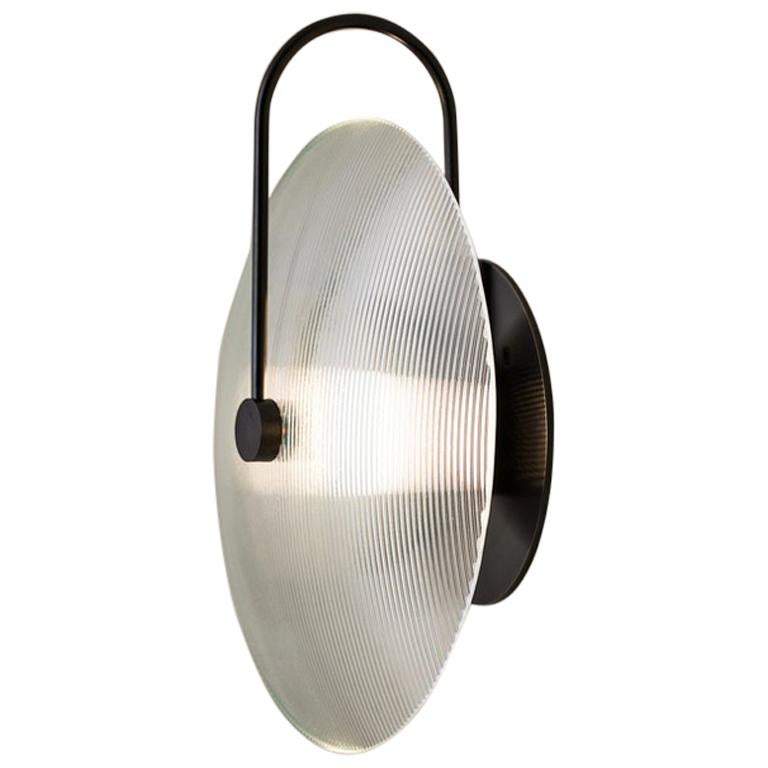 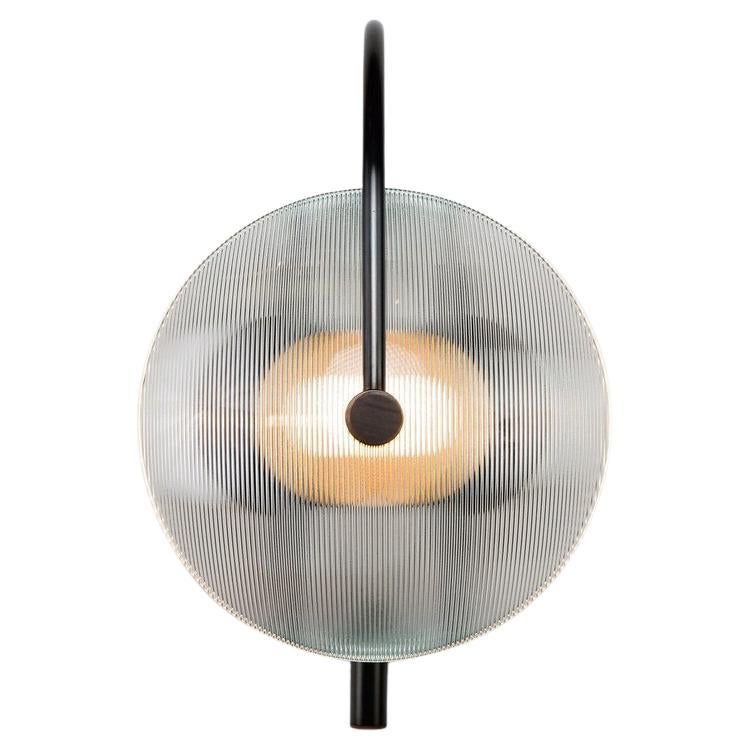 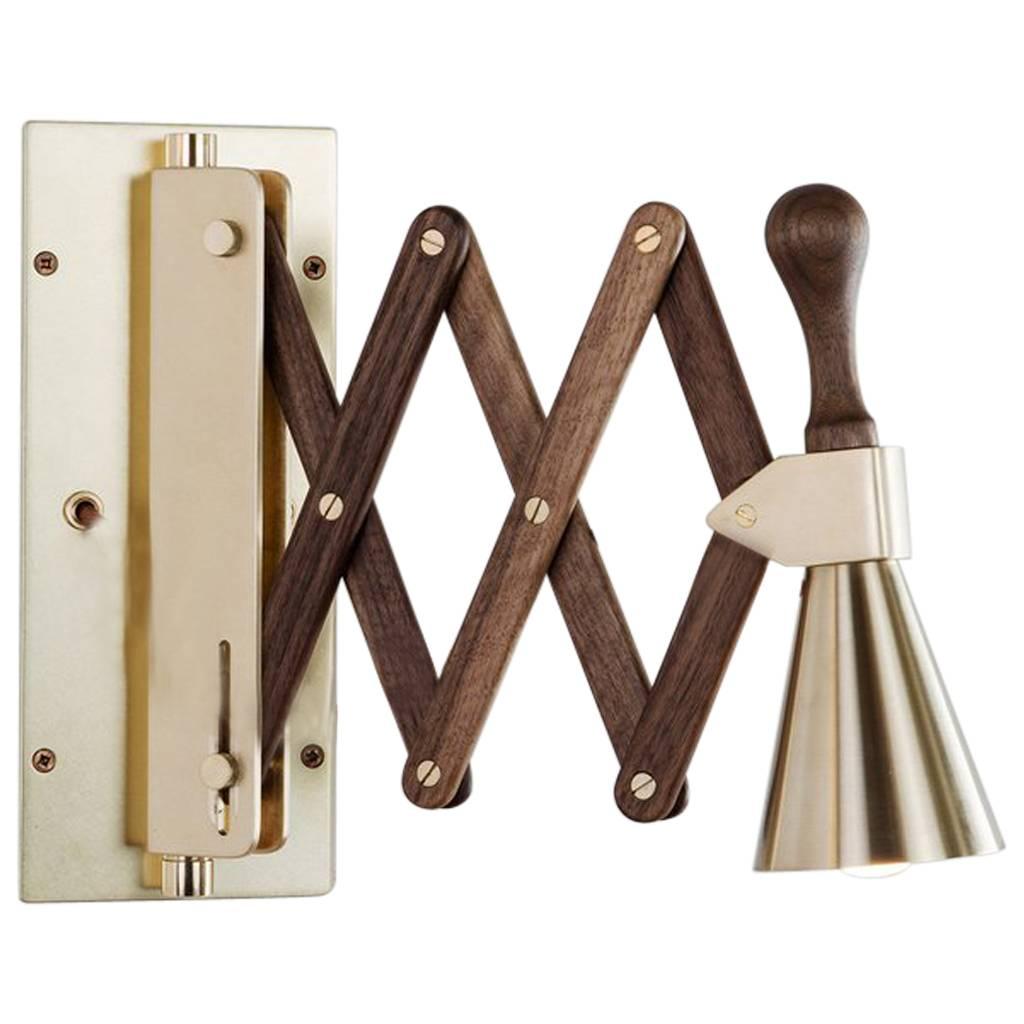 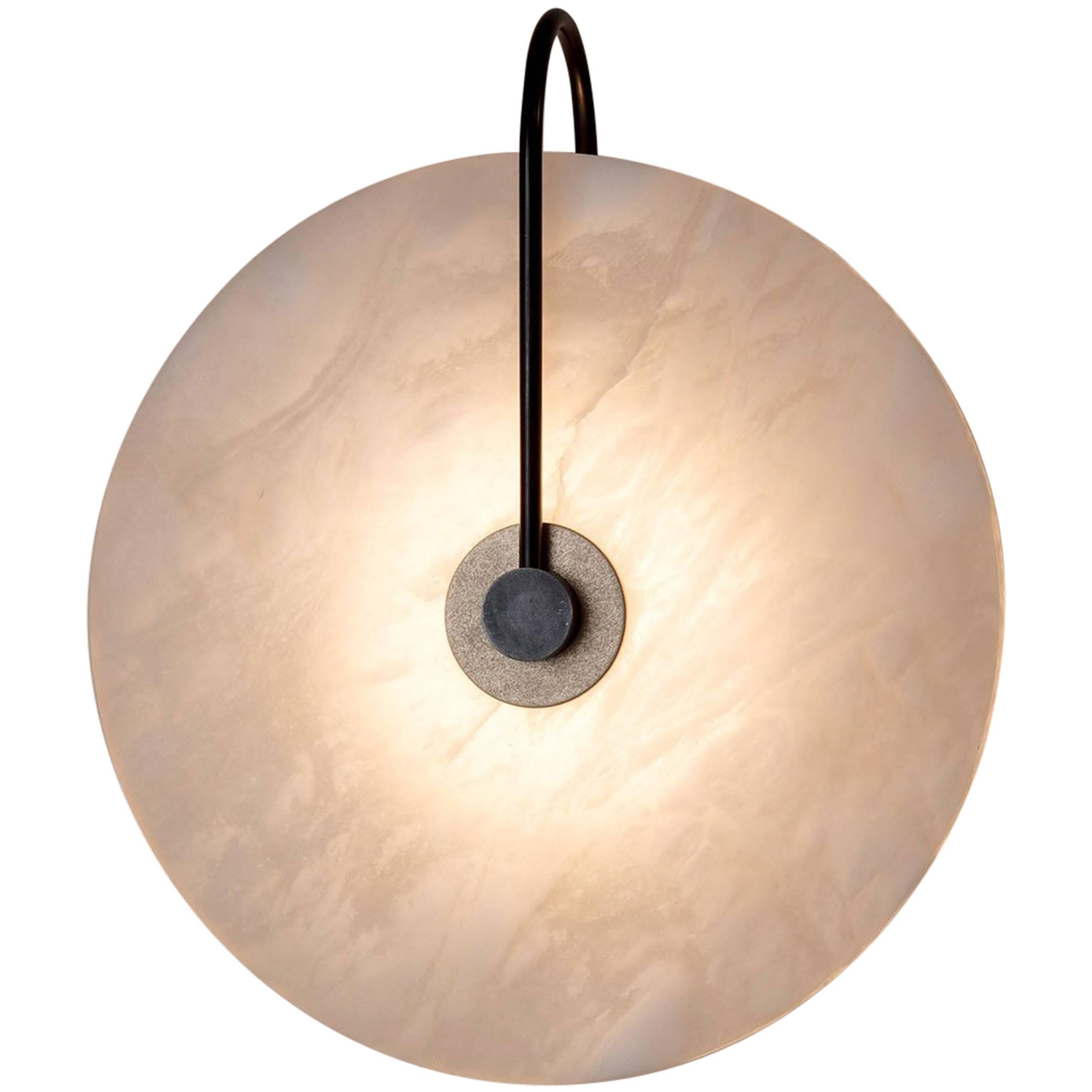 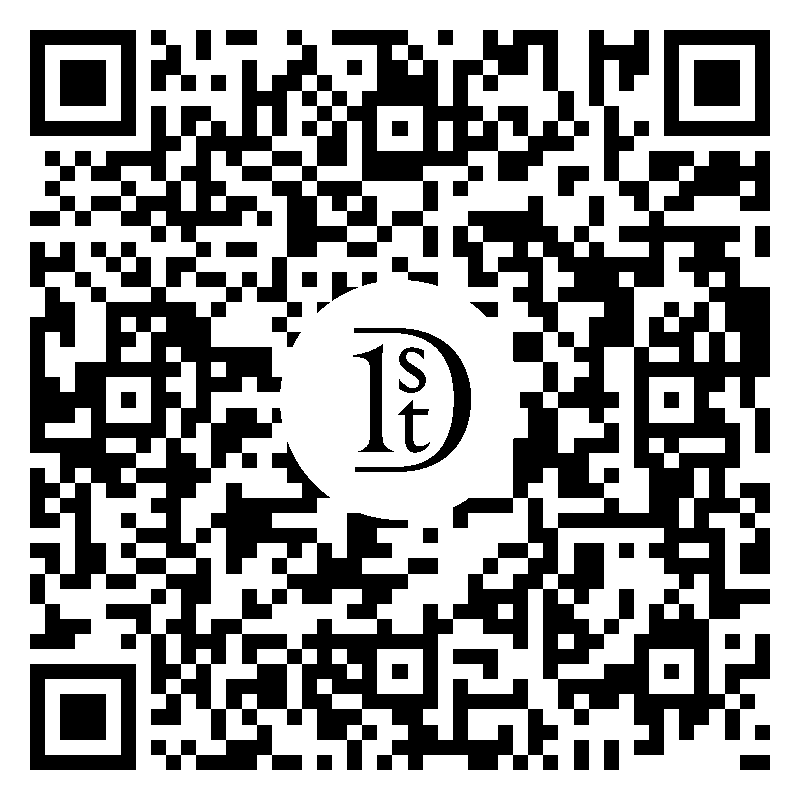 This simple surface mount features a 7" diameter glass globe. The globe is mouth-blown from artisans in Vermont and features bespoke brass hardware that allows for easy bulb access with a twist off assembly. The cast brass backplate and neck offer a seamless look that hides all hardware. Available in all of our handcrafted finishes. 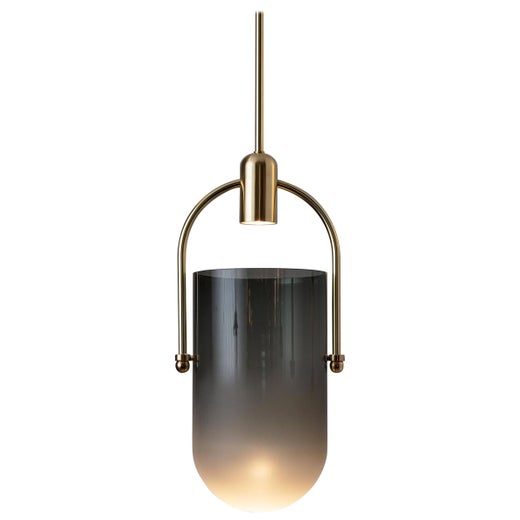 Allied Maker lighting designs are marked by the craft tradition — each elegant pendant, sconce and ceiling light is designed by Allied founder Ryden Rizzo. The parts are made by hand in the company's studio on the North Shore of Long Island, and Allied then partners with local makers to bring their offerings to market.

Allied Maker was established in 2012 as an independent study project while Rizzo was attending the Parsons School of Design. Working out of his parents’ garage on Long Island, Rizzo created cutlery, kitchen utensils and lighting fixtures. In a way, he was following in the footsteps of his father — a jewelry designer — and sought to build things with his hands.

Rizzo taught himself metalworking and woodworking, and began to create furnishings and post them to his project’s website. When a lighting fixture he’d crafted in brass became popular online, it quickly became apparent that Rizzo could open a design and manufacturing studio.

"The freedom to be able to iterate and come up with new ideas has always been at the heart of it, and that’s why Allied Maker has become so successful," Rizzo told Business of Home.

Allied’s inaugural design client was Dorothee Meilichzon of Chzon Agency, a successful French firm that specializes in hospitality properties, and the studio had its first showing at New York’s International Contemporary Furniture Fair in 2015. Rizzo's wife Lanette eventually came on board as the creative director.

In 2018, Allied introduced a new lighting collection characterized by sharply geometric designs. The line, which is emblematic of the studio’s focus on quality materials and superior craftsmanship, includes four versatile fixtures — the Grand Aperture 4, Tri Cone, Contour Wall Lamp 22 and Concentric 15. There are handmade glass globe diffusers, an integration of domestic hardwoods such as walnut and white oak, and bodies of bent metal. Allied launched the collection at what was then the Architectural Digest Design Show. Also in 2018, in collaboration with architect Marshall Shuster, the company opened its first showroom in Manhattan’s Tribeca neighborhood.

On 1stDibs, find a collection of Allied Maker lighting and decorative objects. 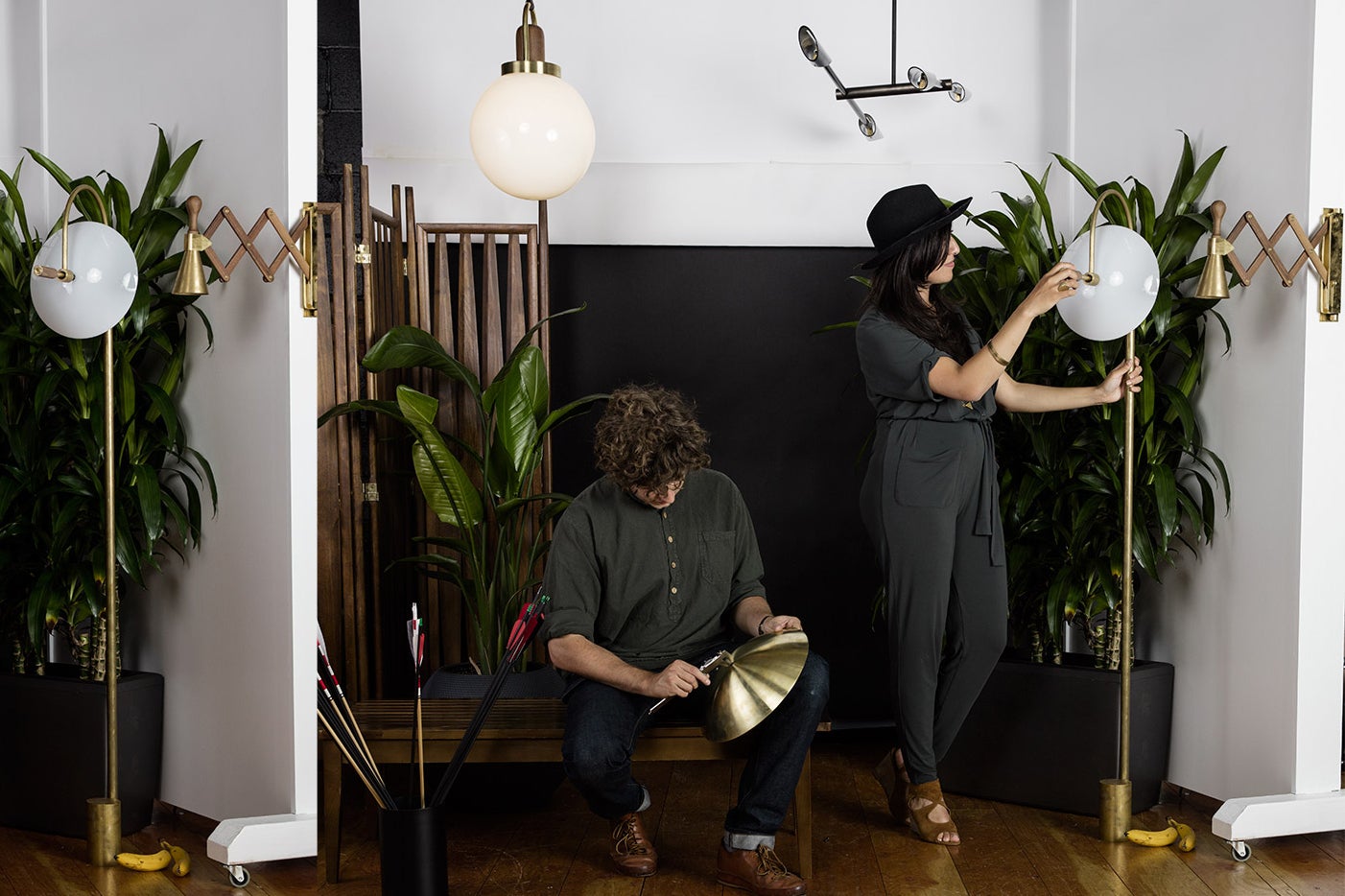 About the Seller
5.0
Located in Glen Cove, NY
Vetted Seller
These experienced sellers undergo a comprehensive evaluation by our team of in-house experts.
1stDibs seller since 2016
74 sales on 1stDibs
More From This SellerView All
People Also Browsed
You May Also Like