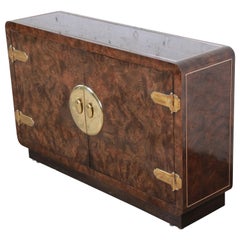 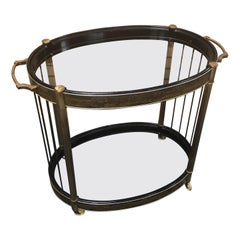 Brass and Burl Wood Dresser for Mastercraft by Bernhard Rohne 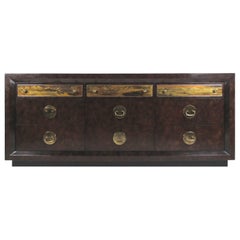 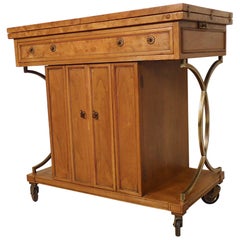 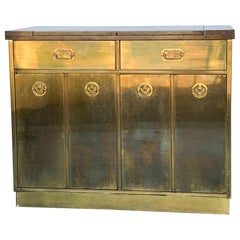 Burl Cabinet with Brass by Bernhard Rohne for Mastercraft 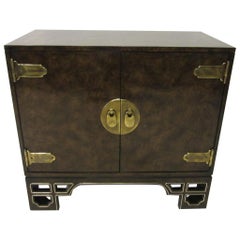 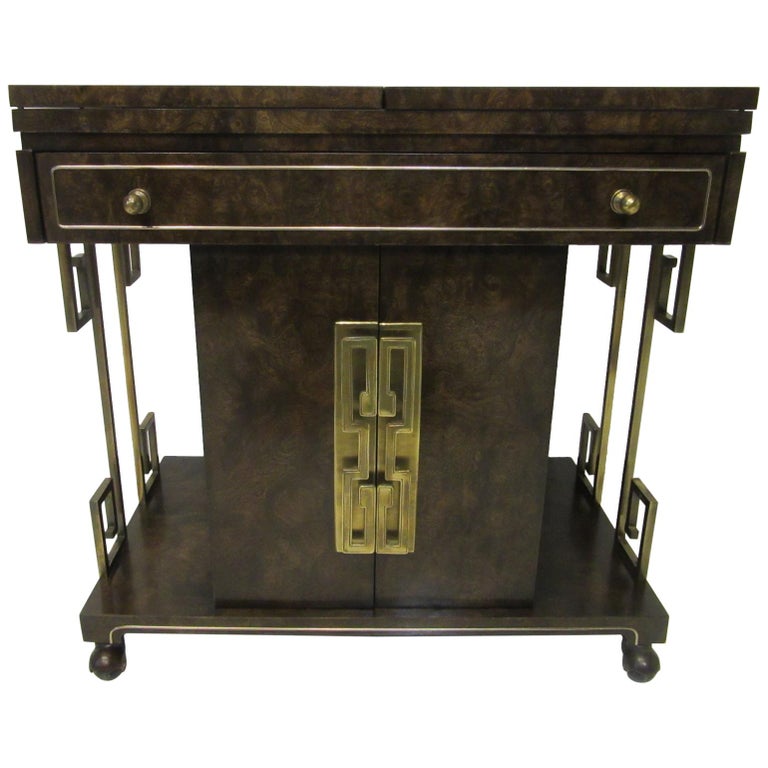 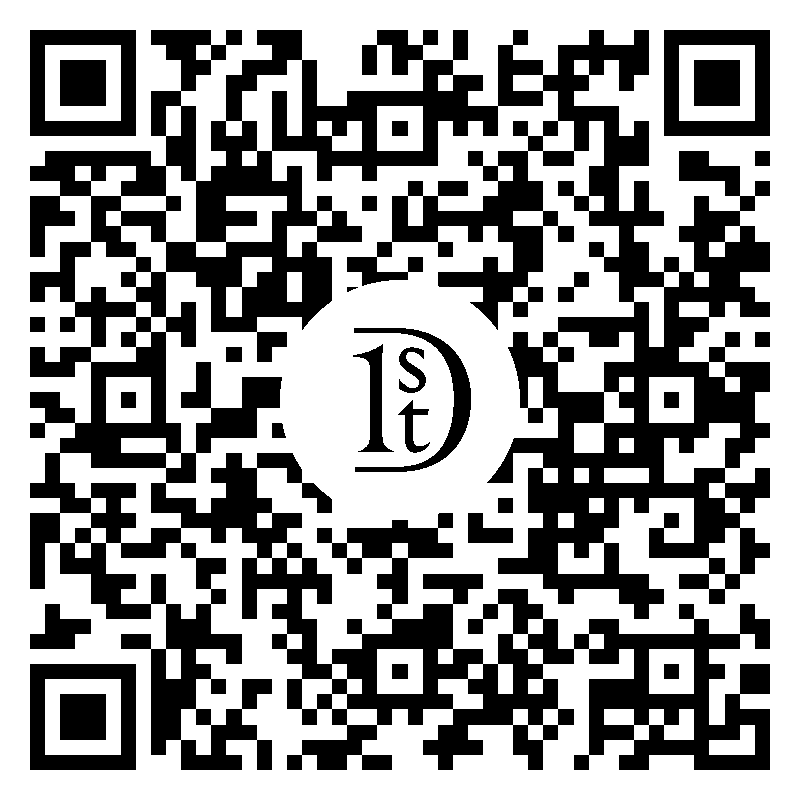 A well-crafted high quality dark Carpathian burl wood rolling bar cart with a top that folds out on both sides having laminate to the inside surface to protect it from wetness and extending the length. Brass details in the wood, center drawer and pulls with sculptural cast polished brass to the front of the double doors and ends. The inside has plenty of storage and a shelve manufactured by the Mastercraft furniture company and designed by Bernhard Rohne, measurements when the top is unfolded is 60”.


In later years, Mastercraft created chairs and glass-topped coffee tables with brass frames. Some pieces included touches like the Greek key — a motif that appears in the decorative arts of both Asian and European antiquity. After Mastercraft was acquired by industry giant Baker Furniture in 1974, the company produced a large group of case pieces featuring applied brass plaques, acid-etched with semi-abstract forms by the German-born, Vancouver-based artist Bernhard Rohne.


The latter are some of the most popular Mastercraft pieces, and like all the company’s wares range in price from about $2,000 to $12,000 depending on size, condition and the amount of decorative trim. As you will see on these pages, Mastercraft furnishings made a bold but artful statement — perfect for lending a bit of dash and brawn to a contemporary decor.

Burl Cabinet with Brass by Bernhard Rohne for Mastercraft

Brass and Burl Wood Dresser for Mastercraft by Bernhard Rohne