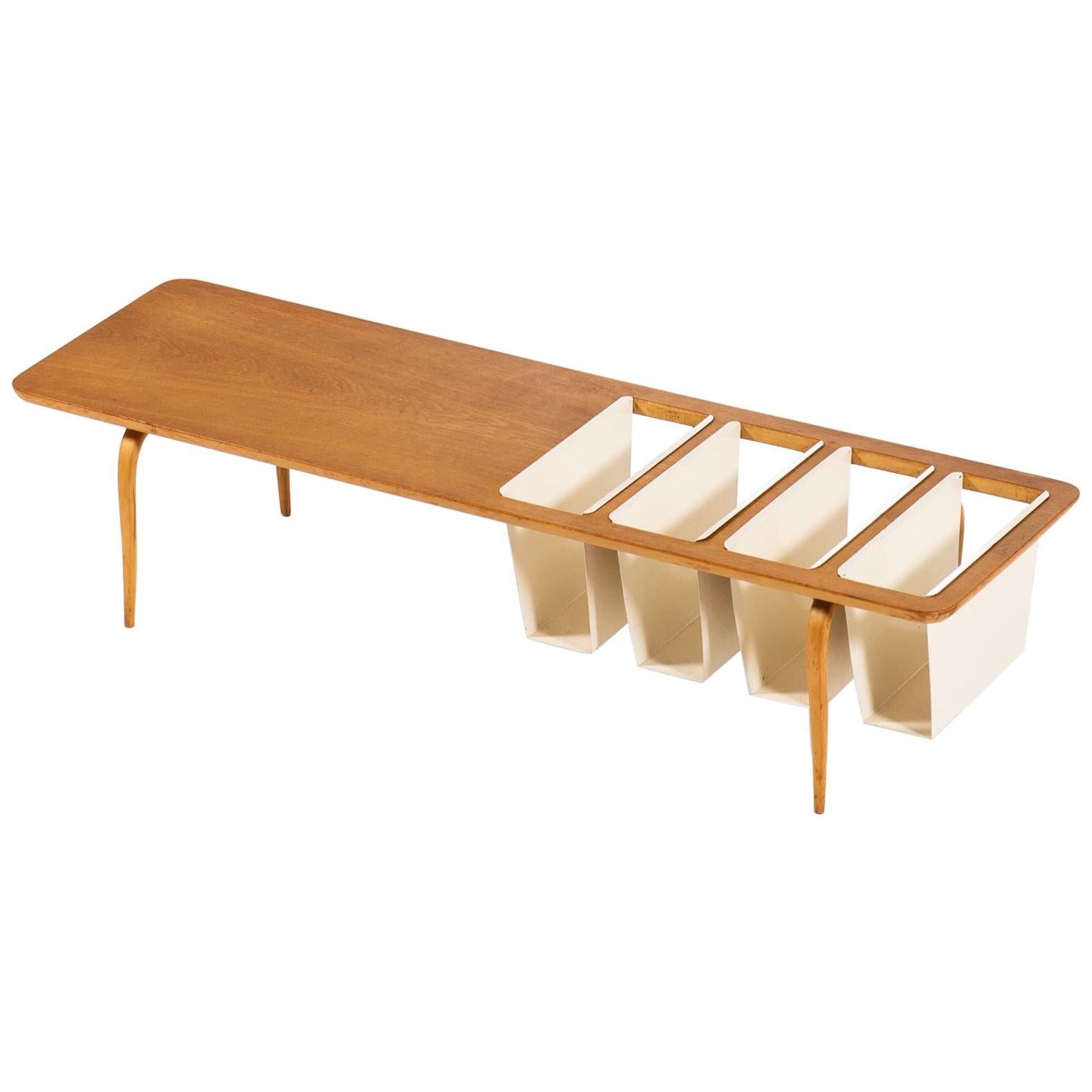 Bruno Mathsson Side Table by Karl Mathsson in Värnamo, Sweden 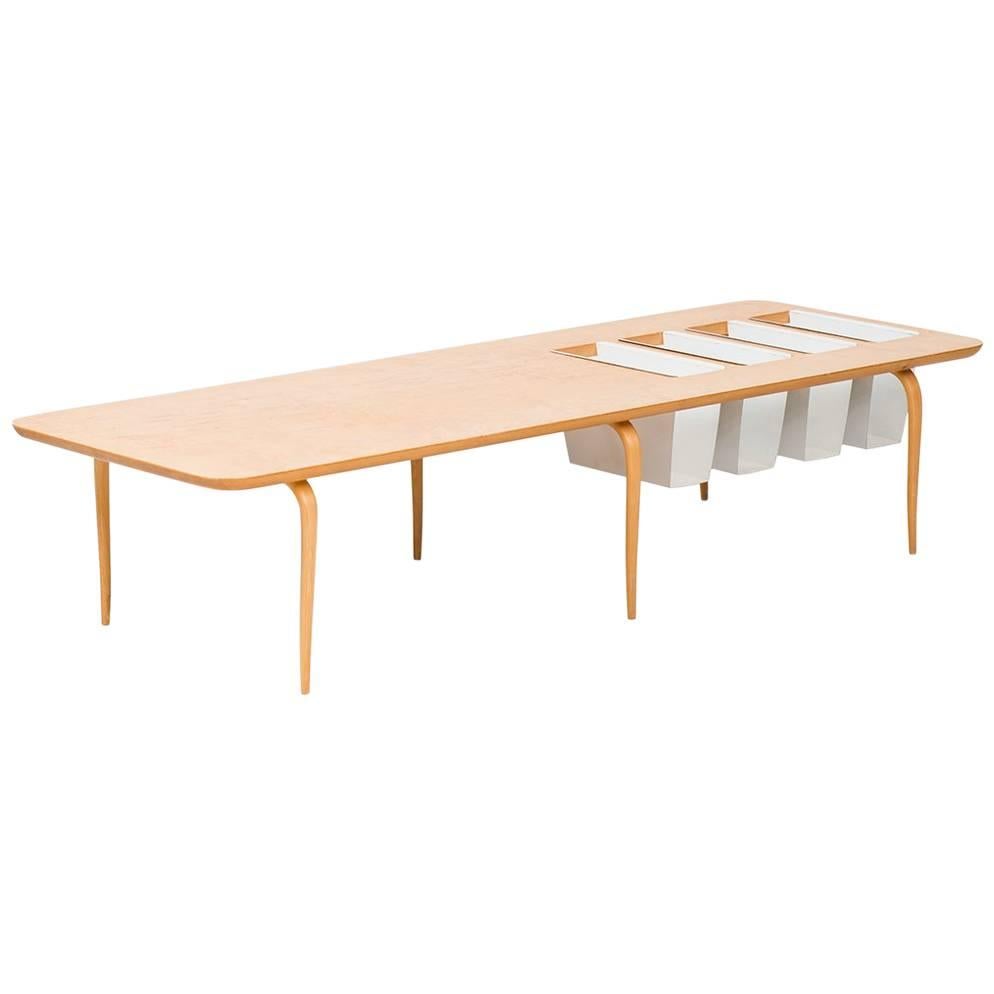 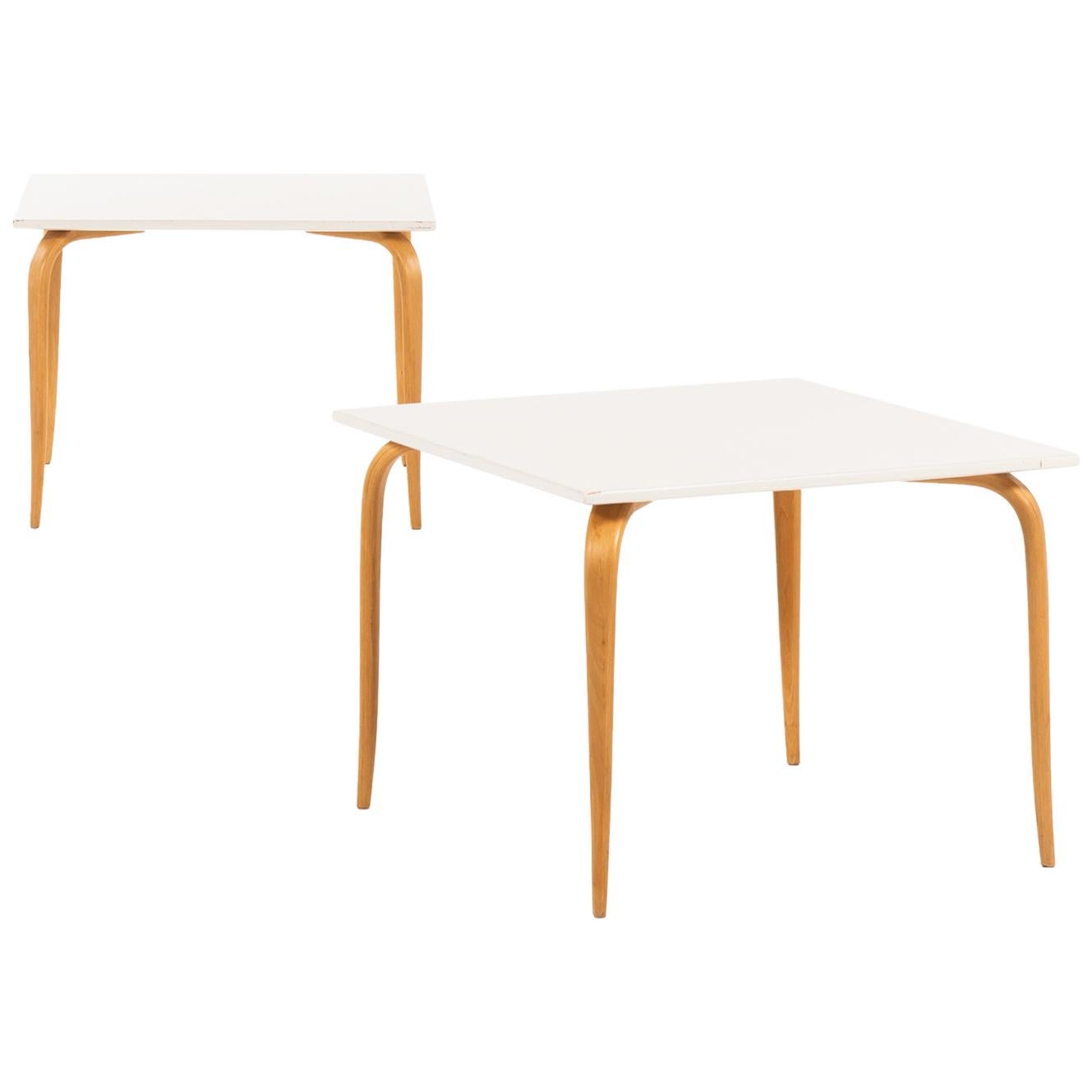 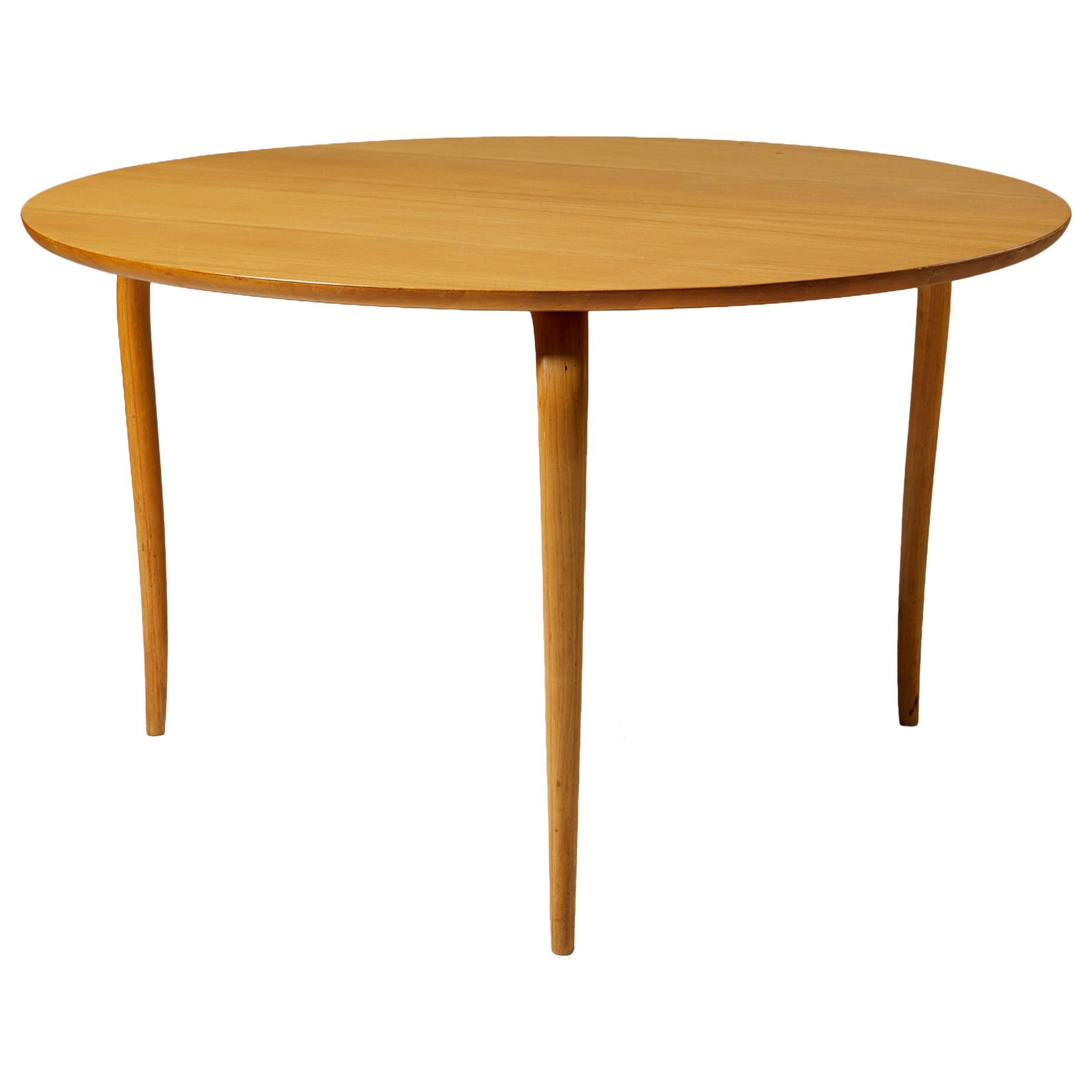 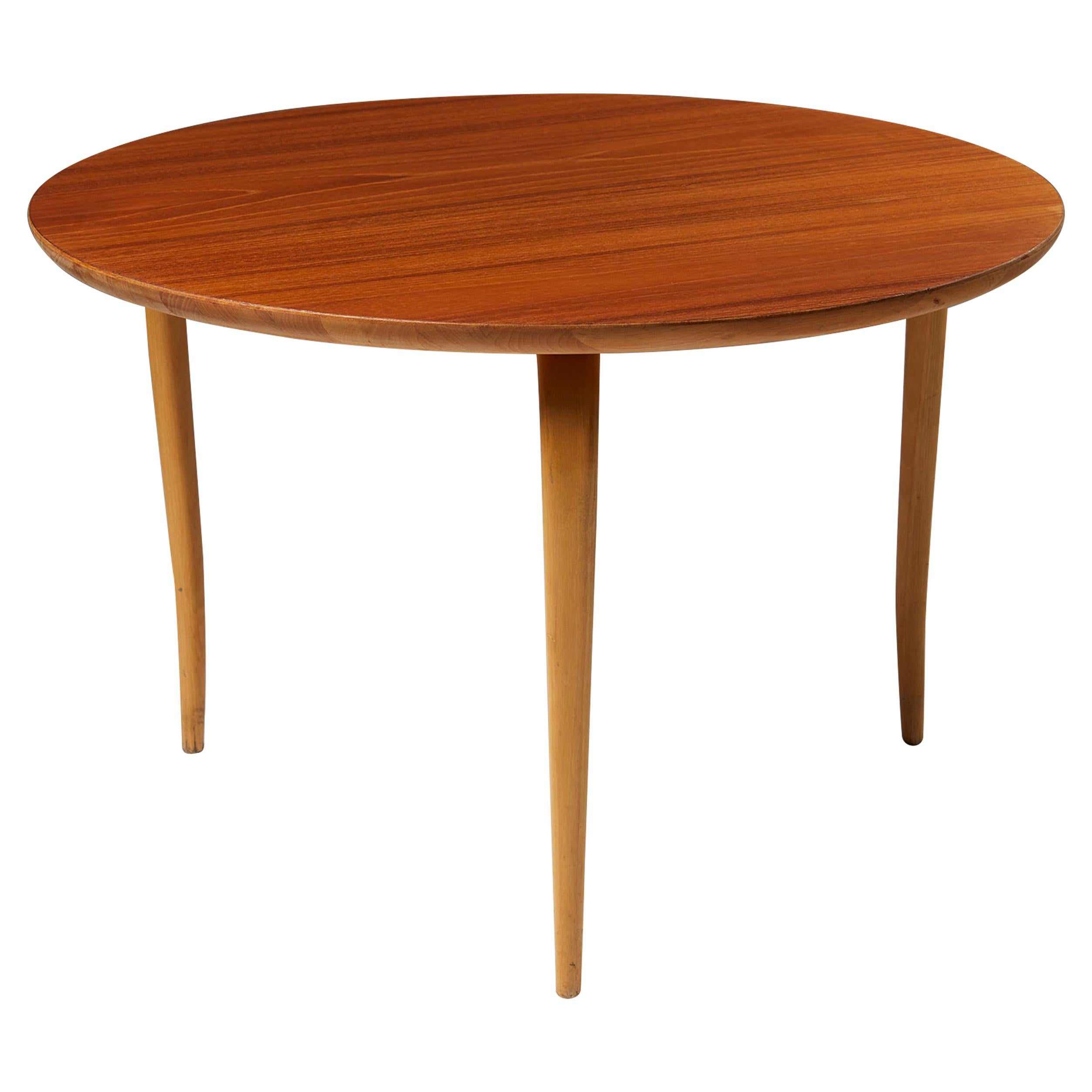 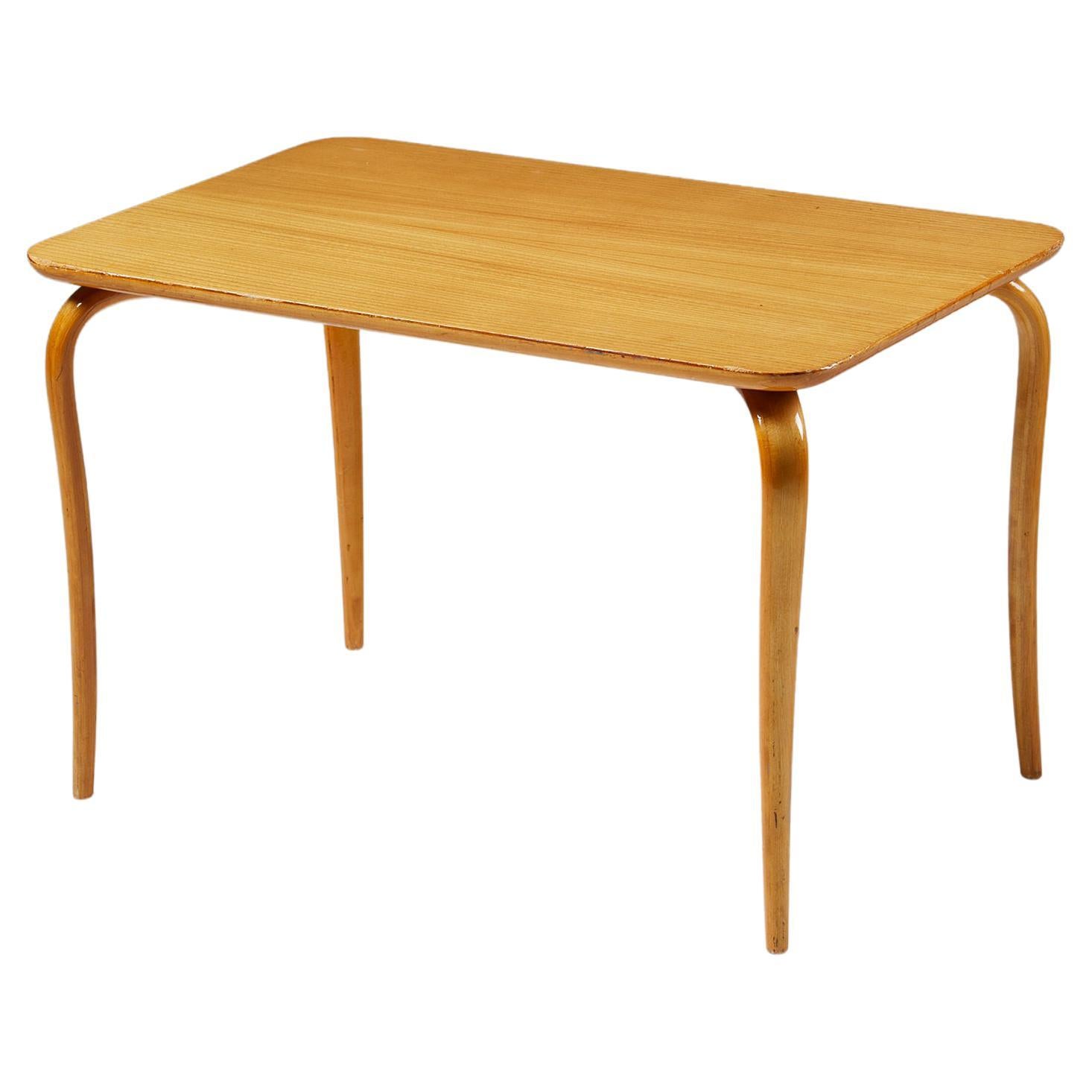 Bruno Mathsson Side Table Produced by Karl Mathsson in Sweden 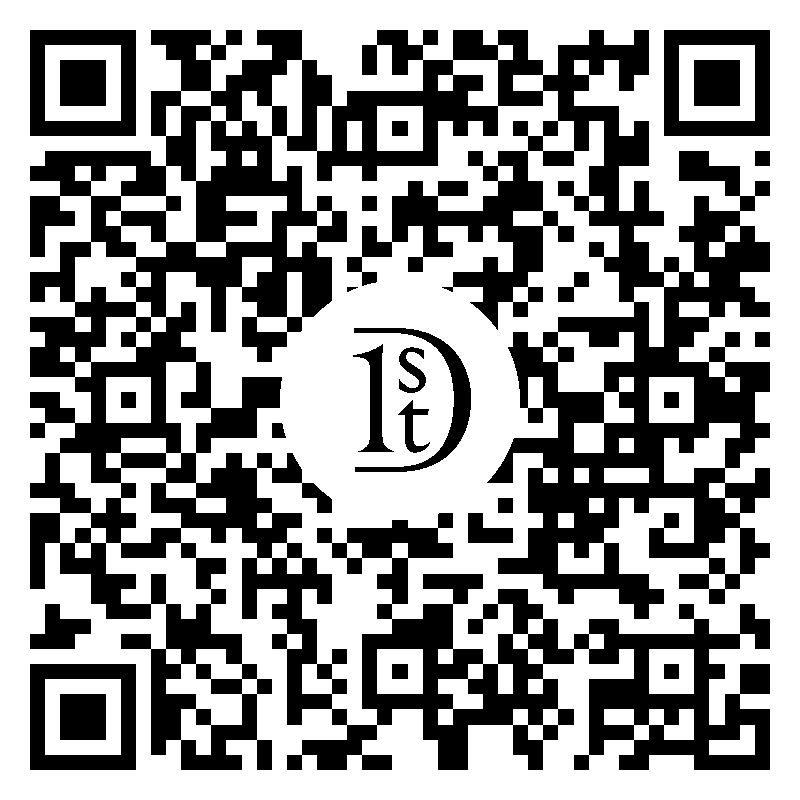 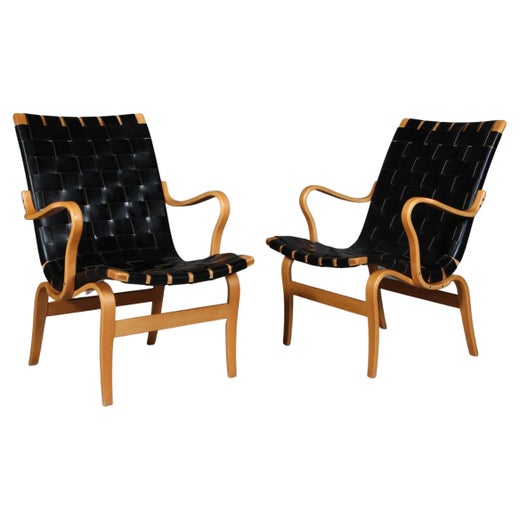 As the descendant of four generations of Swedish master cabinetmakers, Bruno Mathsson was born to design furniture. Mathsson was known as a methodical perfectionist who made usefulness the fundamental attribute of his works, yet he was also a ceaseless experimenter, who constantly searched for improvements in form, materials and methods of making.

Like the Finnish designer Alvar Aalto, Mathsson was one of the first Scandinavians to embrace undulating, biomorphic forms in furniture. His early pieces such as the Eva and Pernilla series of chairs incorporate dramatically flowing bent beechwood frames, making them some of the most instantly recognizable works of 20th-century design. Mathsson was also a pioneer of ergonomics — he is said to have based the contours of his chairs on the impression his body made when he sat in a snow bank — and used supple, accommodating woven webbing for seats. His concern for practicality is shown by pieces such as the Maria table. An elegant design with gate legs and hinged leaves, the table measures more than nine feet long when fully extended, but folds down to just nine inches in thickness.

From the mid-1940s through the 1950s, Mathsson focused on architecture, designing and building houses with insulated, triple-glazed window walls and heated floors — construction that flew in the face of traditional wood-clad Swedish residential design, and consequently met with some skepticism. He returned to furniture in the 1960s, employing an entirely new suite of materials: Stainless-steel framing and mesh seats feature in pieces like the Jetson chair; with the mathematician Piet Hein, Mathsson designed the Super-Elliptical table, which has a laminate top and four-part tubular steel legs that sprout like flower stems from a single base.

Bruno Mathsson’s stylistic flexibility as a designer, as you will see from the works on 1stDibs, make him a creator whose pieces meet all tastes and needs.

About the Seller
4.9
Located in Malmo, Sweden
Recognized Seller
These prestigious sellers are industry leaders and represent the highest echelon for item quality and design.
Platinum Seller
These expertly vetted sellers are 1stDibs' most experienced sellers and are rated highest by our customers.
Established in 2012
1stDibs seller since 2014
893 sales on 1stDibs
Typical response time: 1 hour
More From This Seller

$1,699
Bruno Mathsson Side Tables
By Bruno Mathsson, Dux of Sweden
Located in Los Angeles, CA
This pair of Bruno Mathsson side tables manufactured by Dux that are in great condition and the tops covered in beech and burled wood veneers with a newly lacquered finish. The round...
Category

Pair of Bruno Mathsson Side Tables