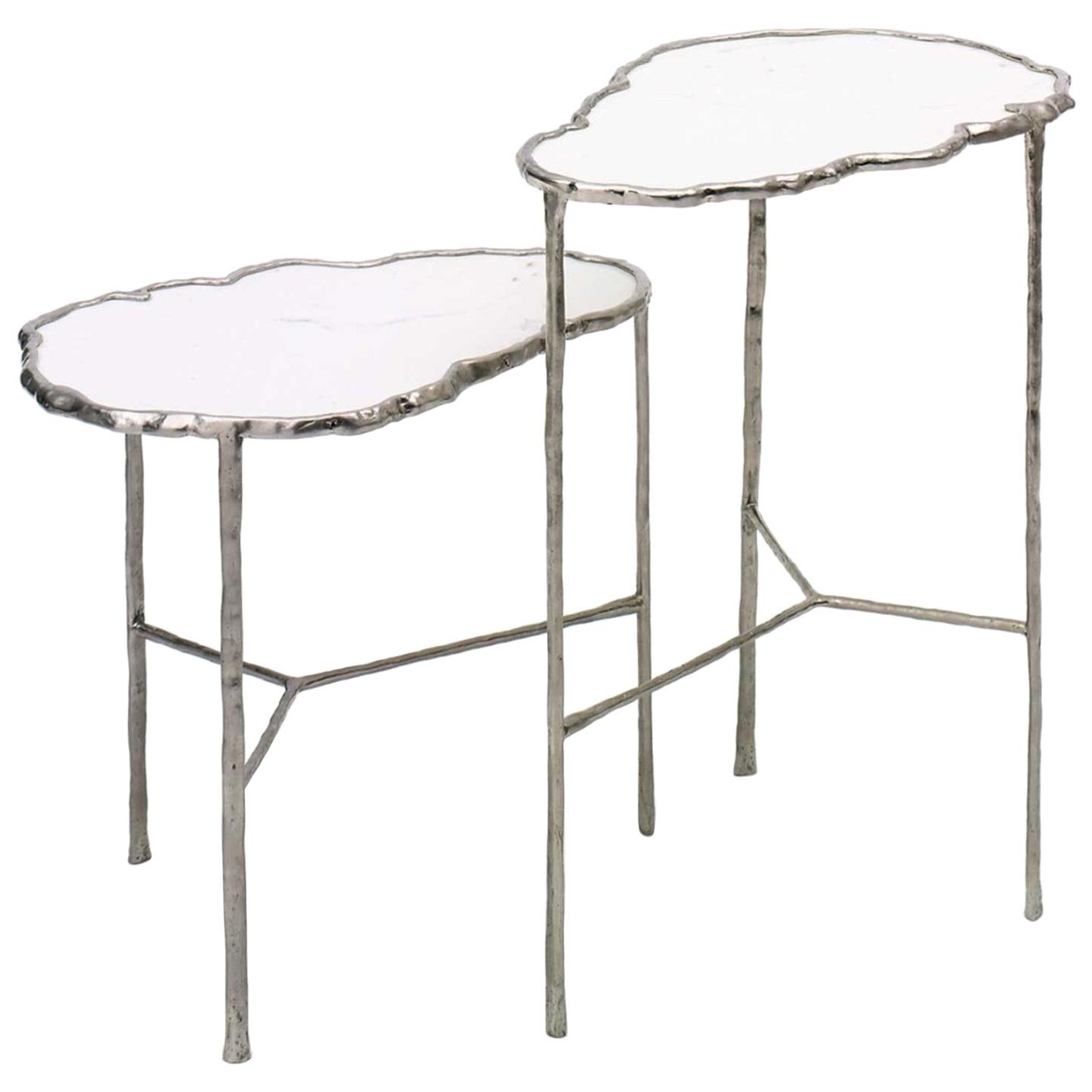 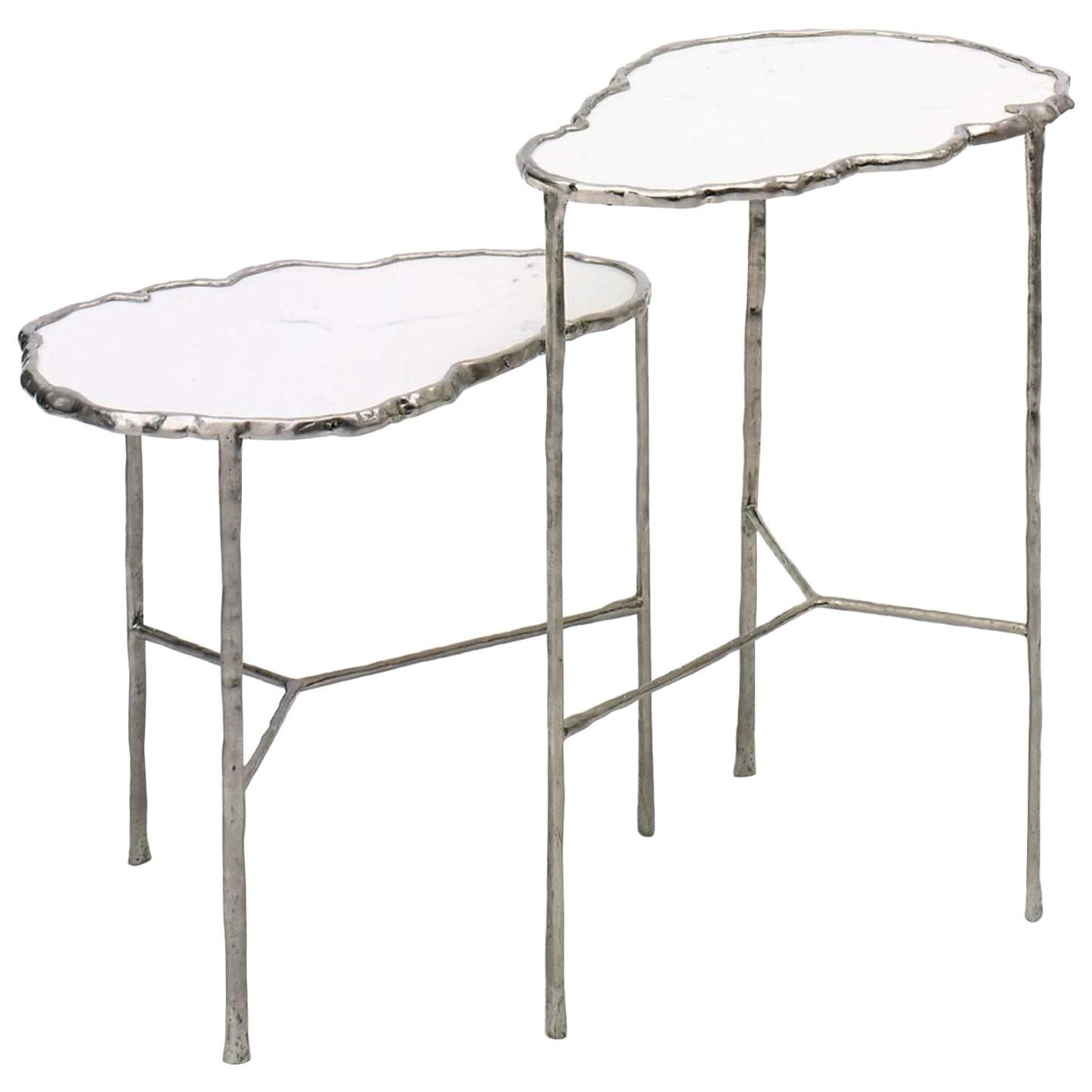 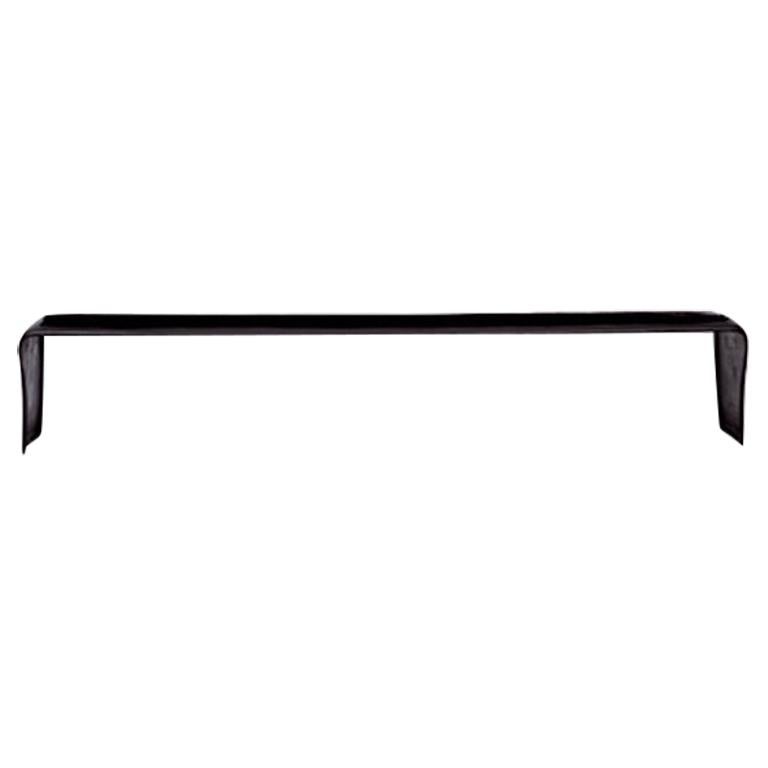 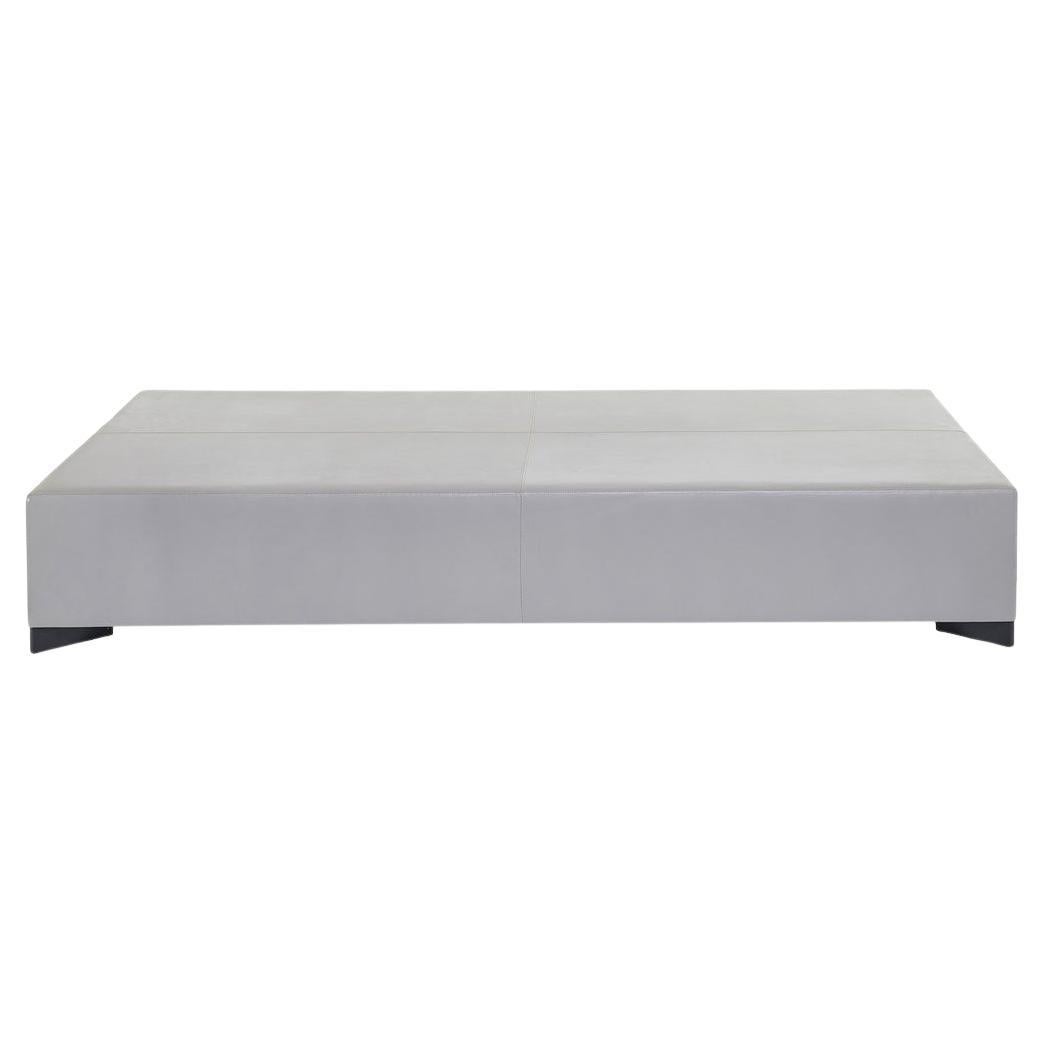 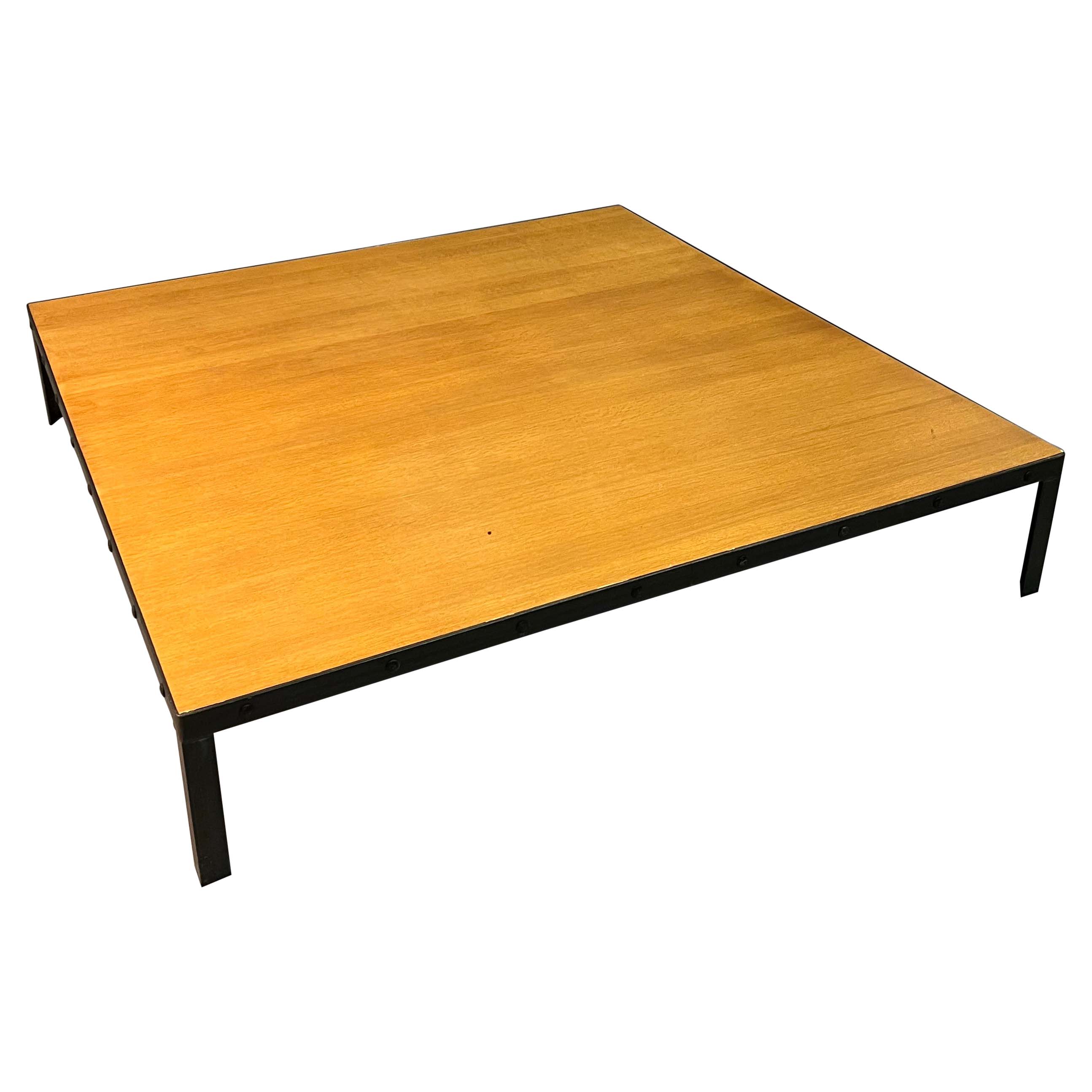 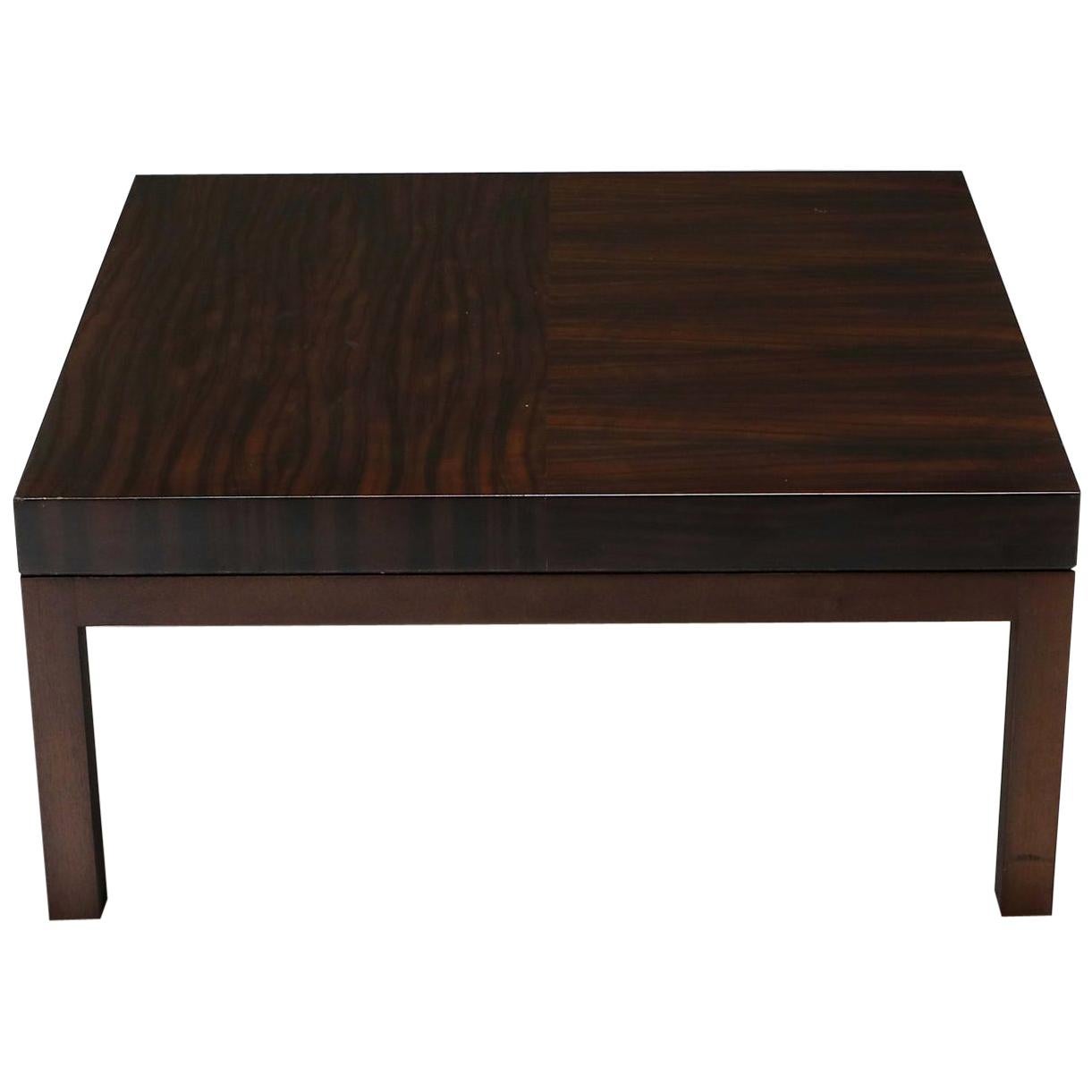 Nagato Side Table by Christian Liaigre 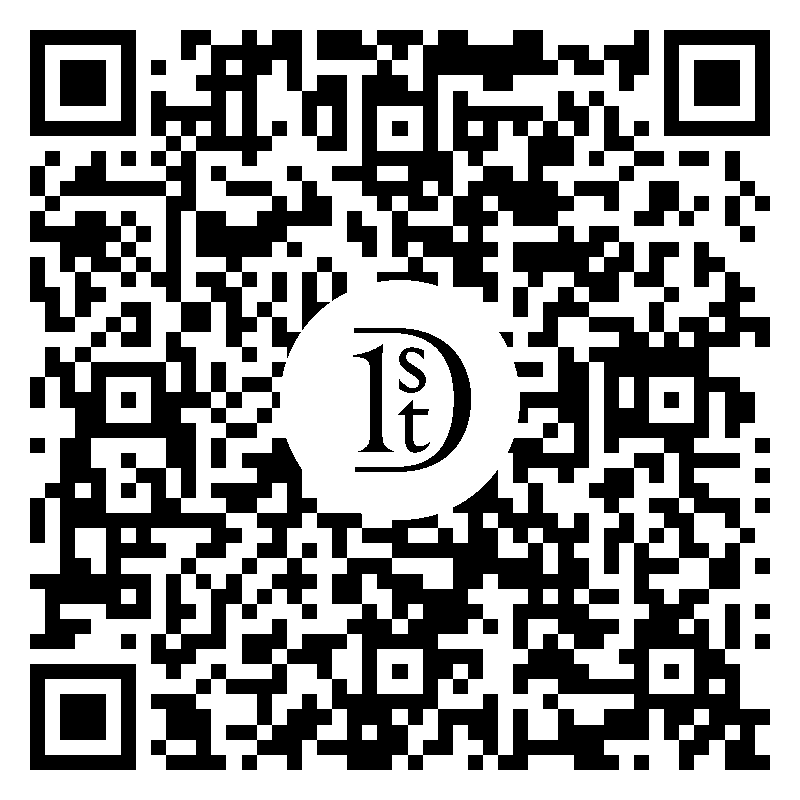 Christian Liaigre design Nagato side table in white oak, signed. Contemporary used example in solid oak used as a side table or stool by Liaigre. In the Japanese taste with purposelly split sides and top. Simple organic aesthetic that is always in style. 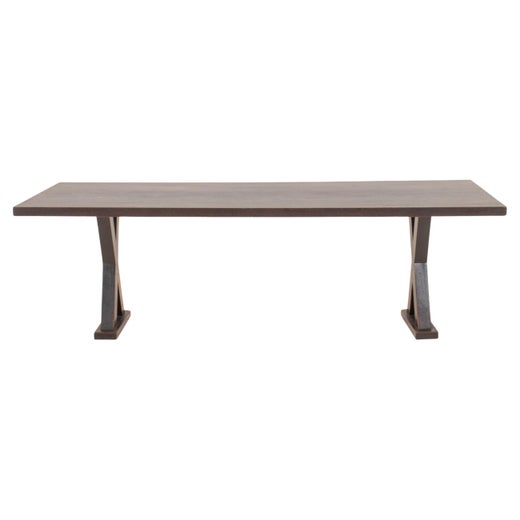 In his illustrious career, the French designer Christian Liaigre created furniture and private interiors with a minimalist and restrained sensibility that would become his trademark, but never at the cost of luxury. When he began designing furniture in the 1980s, Liaigre’s clean lines and no-frills approach caused a stir and was considered unusual for the era. But what Liaigre knew best was creating elegant, exquisite designs that would stand the test of time.

Liaigre studied at the École des Beaux-Arts and the École Nationale Supérieure des Arts Décoratifs in Paris. He initially began as a furniture designer, opening his studio in 1985 before he would move toward interiors. His bold, timeless pieces were made in France using luxurious materials such as marble and cashmere in a soothing palette of neutral tones that look fresh to this day. Later, Liaigre began to design private interiors — from homes of influential figures like Calvin Klein and Karl Lagerfeld to holiday homes, offices and the cabins of private yachts. He designed the interiors of the Art Deco–era Hotel Montalembert in Paris and became known in the United States for his design of the Mercer Hotel in New York City, which opened in 1997. Soon afterward, he found himself working for hotelier Ian Schrager.

To each of his interior design projects Liaigre brought his minimalist touch, which was born from his ability to distill a broad range of inspirations — from Brancusi sculptures and African art to Art Deco furniture — into simple, balanced forms. The modest beauty of his popular Nagato stool, a small and sculptural piece of seating designed in oak in 1986, represents this vision clearly and points to some more of Liaigre’s influences: the stillness found in Donald Judd’s minimalist art and many aspects of Japanese culture.

Liaigre, who earned comparisons to celebrated French designers Jean-Michel Frank and Jean Royère, was also known for his visionary use of natural and unconventional materials and is considered to be one of the first to use wenge, an African hardwood, in combination with traditional timber such as oak in his furnishings. Liaigre’s creative foresight has ensured that today he is one of the most influential and widely imitated designers of the 20th century.

Find a range of Christian Liaigre seating, tables and other furniture on 1stDibs.