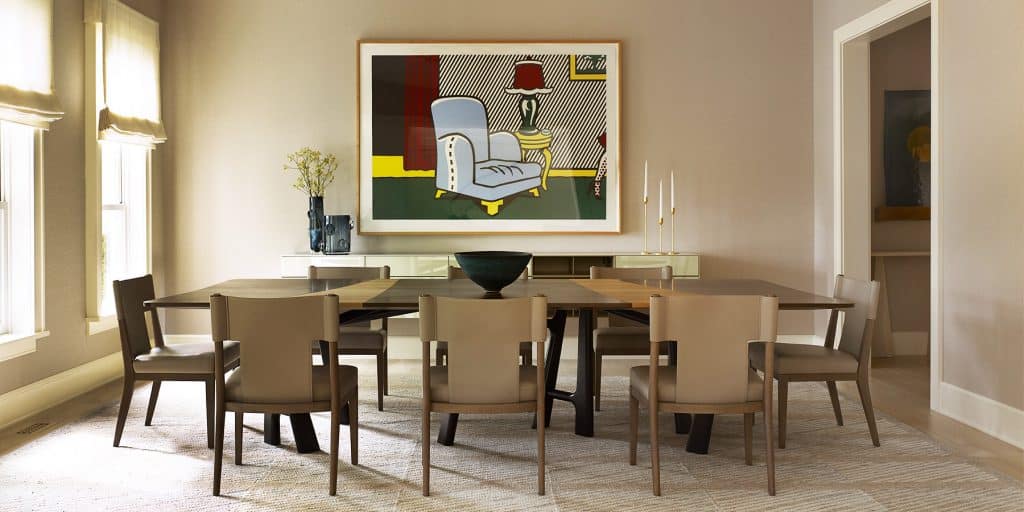 British-born Andrew Sheinman creates luxurious residences everywhere from his adopted hometown of New York to Aspen, the Hamptons and Greece. 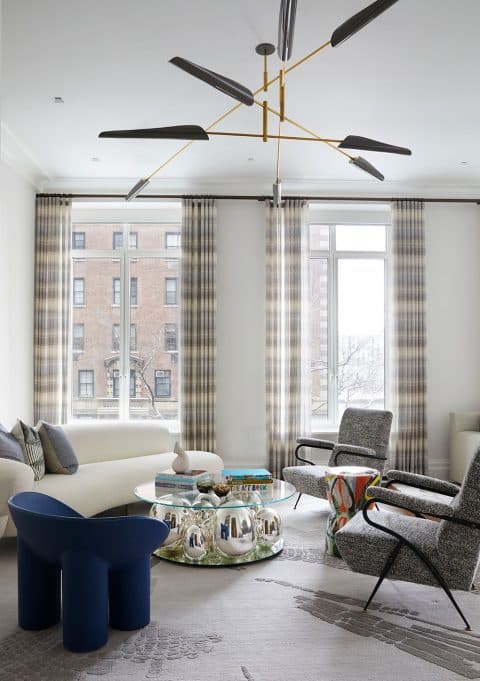 In the living room of a home on New York’s Upper East Side designed by Pembrooke & Ives, the firm led by Andrew Sheinman, a John Hogan mirrored coffee table from The Future Perfect keeps company with a Faye Toogood Roly Poly chair, vintage chairs from This Place and a Christophe Delcourt sofa, all under a David Weeks light fixture (photo by Genevieve Garruppo). Top: Roy Lichtenstein‘s 1990 La Sortie overlooks a custom table surrounded by Holly Hunt chairs in a Hamptons dining room (photo by Peter Murdock).

Our brief is to realize our clients’ dreams,” says Andrew Sheinman, the founder of the New York–based design firm Pembrooke & Ives, which, over the course of its 30 years in business, has become known for creating luxurious residential interiors in such diverse locations as Manhattan, the Hamptons, Miami and Palm Beach, plus Aspen, the Caribbean and Greece. “We’re involved in every aspect,” continues Sheinman, “from the master plan to the dishes on the table.”

The British-born Sheinman — who just this past spring opened the firm’s first satellite studio, in Los Angeles — attributes his early interest in design to his dislike of his school’s bland, institutional building and the dreary cubicles in his father’s office. His initial foray into the field, however, wasn’t related to interiors, but to fashion, working for a bespoke clothier in London. When that store opened a New York branch, in 1979, the ambitious young man crossed the ocean along with it. 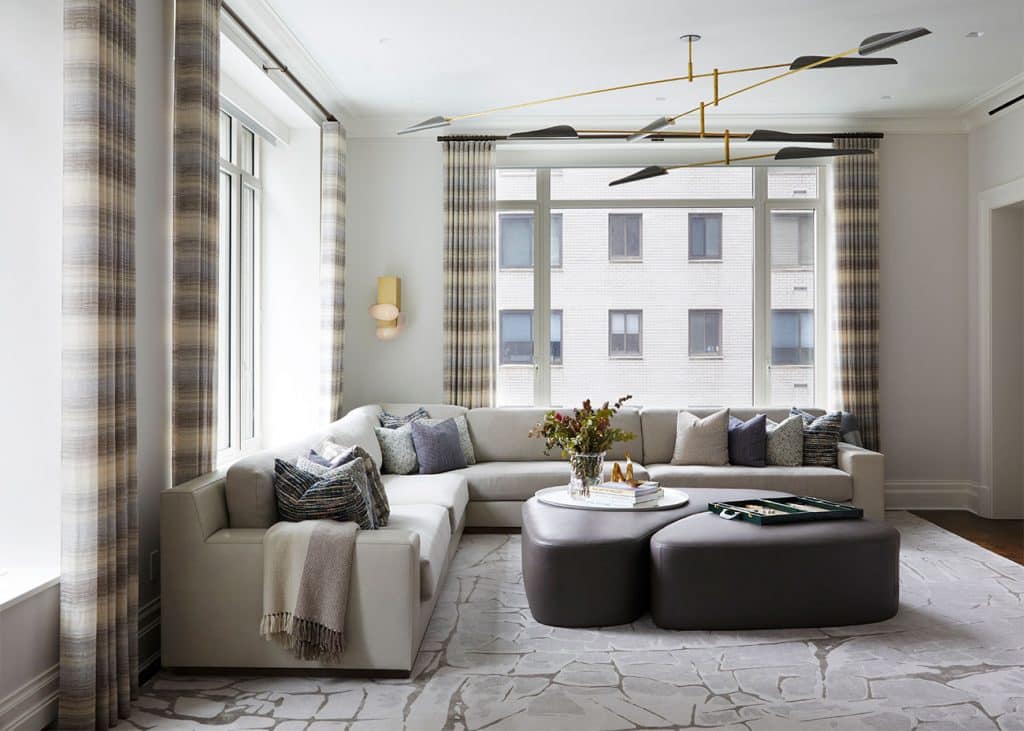 Sheinman describes the palette of the Upper East Side home as “monochromatic but with lots of textures.” In another corner of the living room, a Lindsey Adelman chandelier hangs over a custom sectional sofa and a bespoke ottoman/coffee table whose two halves can be arranged to serve a variety of purposes. Photo by Genevieve Garruppo

Manhattan offered Sheinman opportunities to explore additional forms of design, and so, from the clothier, he moved on to other positions and enterprises, among them managing Sointu, a cutting-edge contemporary design store, and cofounding, with Monte Coleman, a company that made slipcovers distinctive enough to rate a mention in the New York Times. His next step was designing high-end hotel interiors, including the guest rooms of the elegant (now-shuttered) Westbury Hotel. This led to residential commissions and then the founding of Pembrooke & Ives, in 1987. His staff now numbers some 60 employees. A large percentage of the firm’s projects are directly run by what Sheinman calls “an incredible group of designers,” but he is still closely involved with many longtime clients. 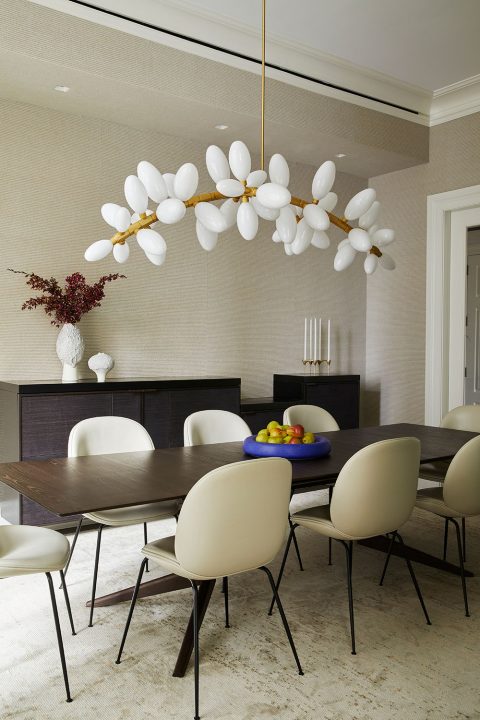 In the dining room of the Upper East Side apartment, Pembrooke & Ives installed another light by Lindsey Adelman above a table from DDC. The Michele Varian candelabra on the sideboard is from 1stdibs. Photo by Genevieve Garruppo

The Sheinman aesthetic, evident in all his firm’s projects, is both classic and modern, combining tailored upholstered furniture and custom cabinetry with classic 20th-century modernist pieces and edgy contemporary designs. One exquisite example is an apartment on Manhattan’s Upper East Side, whose color scheme Sheinman describes as “monochromatic but with lots of textures.” The living room is accented with such 21st-century designs as a mirrored coffee table by John Hogan and Faye Toogood’s Roly Poly chair, in bright blue. In the dining room, where a custom cabinet with horsehair-covered doors conceals a pop-up television (the owners and their children are sports fanatics), a light by Lindsey Adelman hangs above the table. In the powder room, an ethereal silvered-glass mirror by Gregory Nangle is mounted on an onyx wall. The overall effect is one of relaxed elegance, mixing high design and comfort in equal measure.

Pembrooke & Ives is also known for designing luxurious weekend and vacation homes, including Sheinman’s own house on the Greek island of Serifos, which he bought in 2005. The rugged stone structure — built in the 1990s in the local vernacular style — received a complete makeover, including new windows, concrete floors and a new kitchen with Cararra-marble-clad walls and cabinets and a stainless-steel island. In the whitewashed rooms, comfortable custom furniture blends with vintage pieces like the wood dining chairs and the living room’s lounge chairs, all by mid-20th-century French designers Guillerme et Chambron. 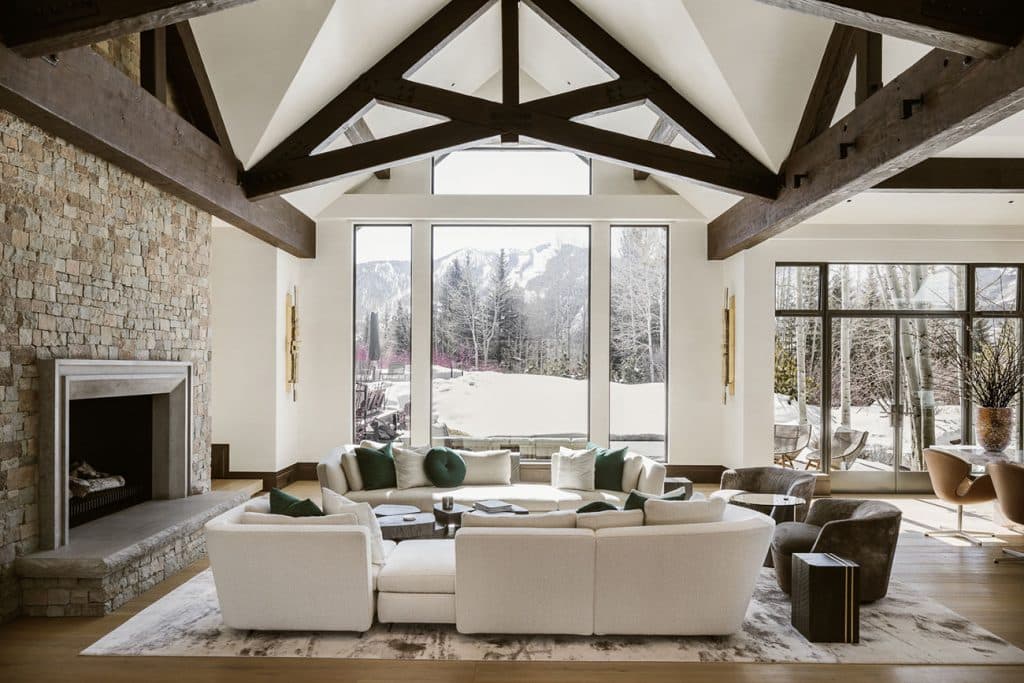 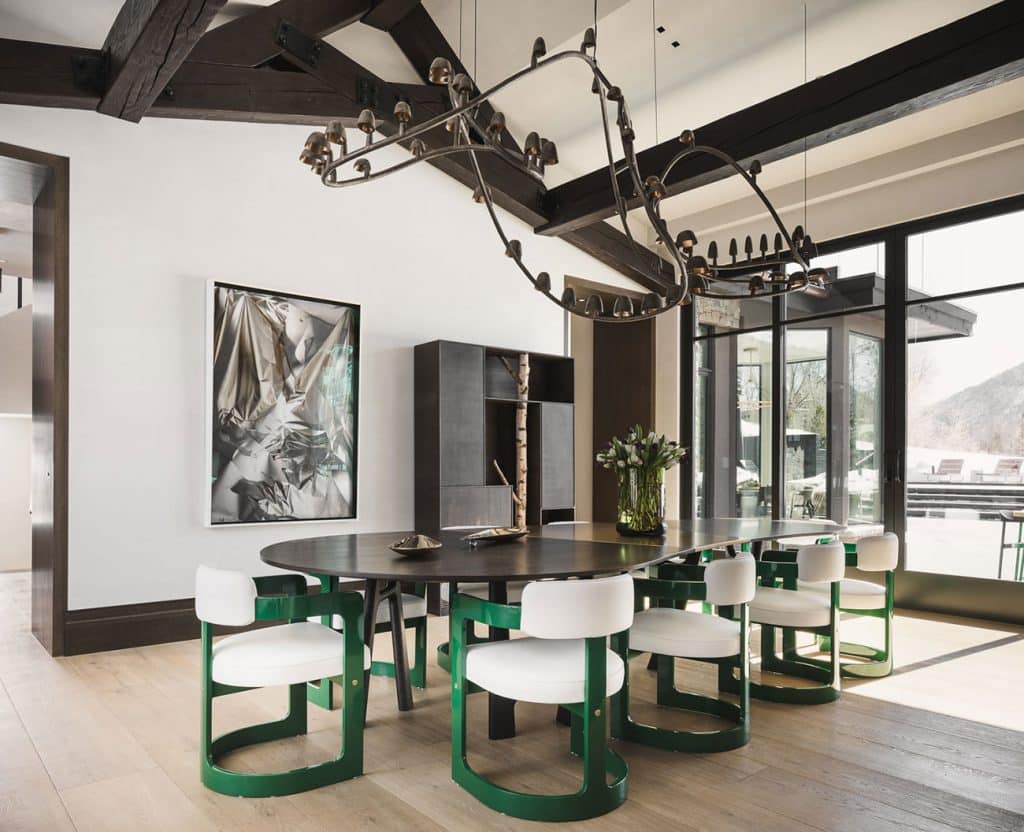 Pembrooke & Ives had Kelly Wearstler chairs painted a custom green for the dining room’s bespoke table. The chandelier is by Frederik Molenschot. Photo by JC Buck 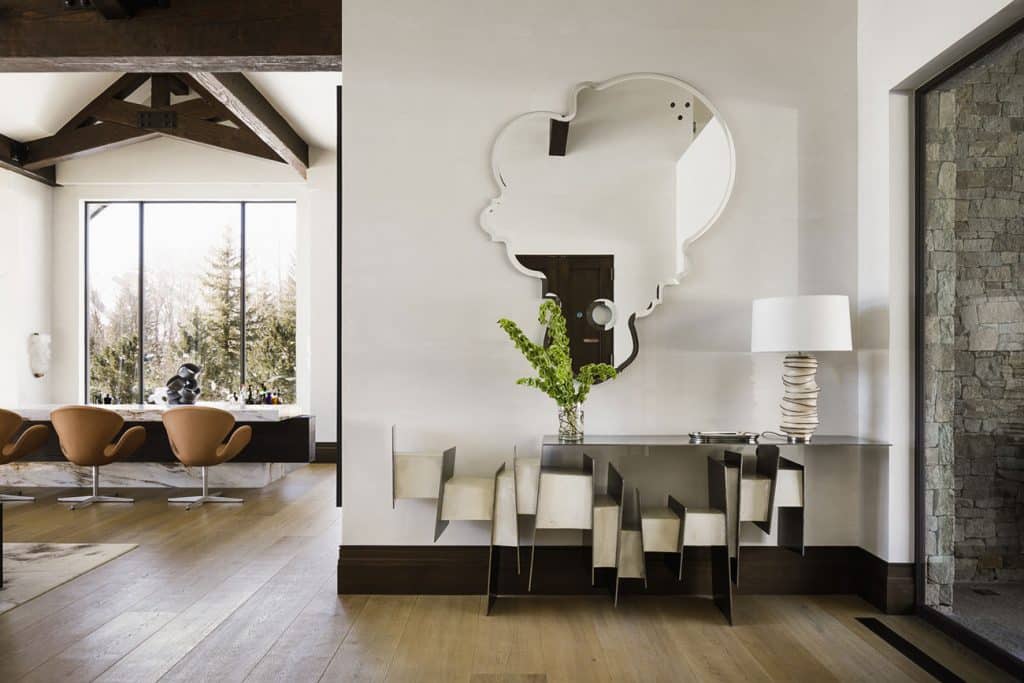 In the entry, Sheinman and his team placed a Mathilde Penicaud console from Twenty First Gallery and a Marcel Wanders mirror from Friedman Benda. Photo by JC Buck 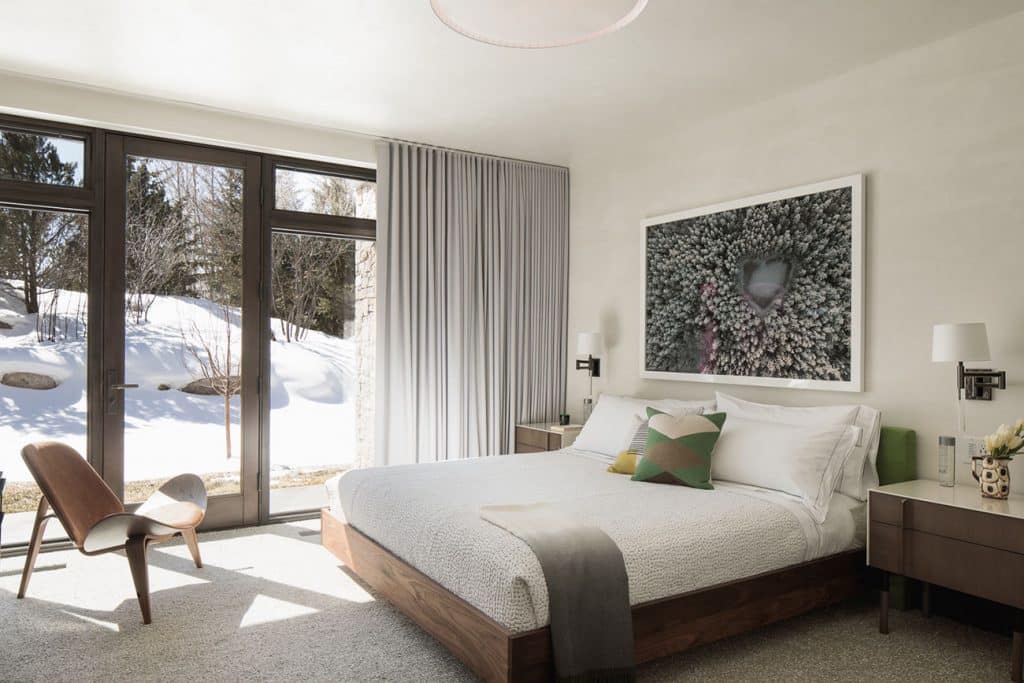 A Hans Wegner chair sits at the foot of the bed in the master bedroom. Above the headboard hangs the appropriately titled Depth of Winter by Kacper Kowalski. Photo by JC Buck 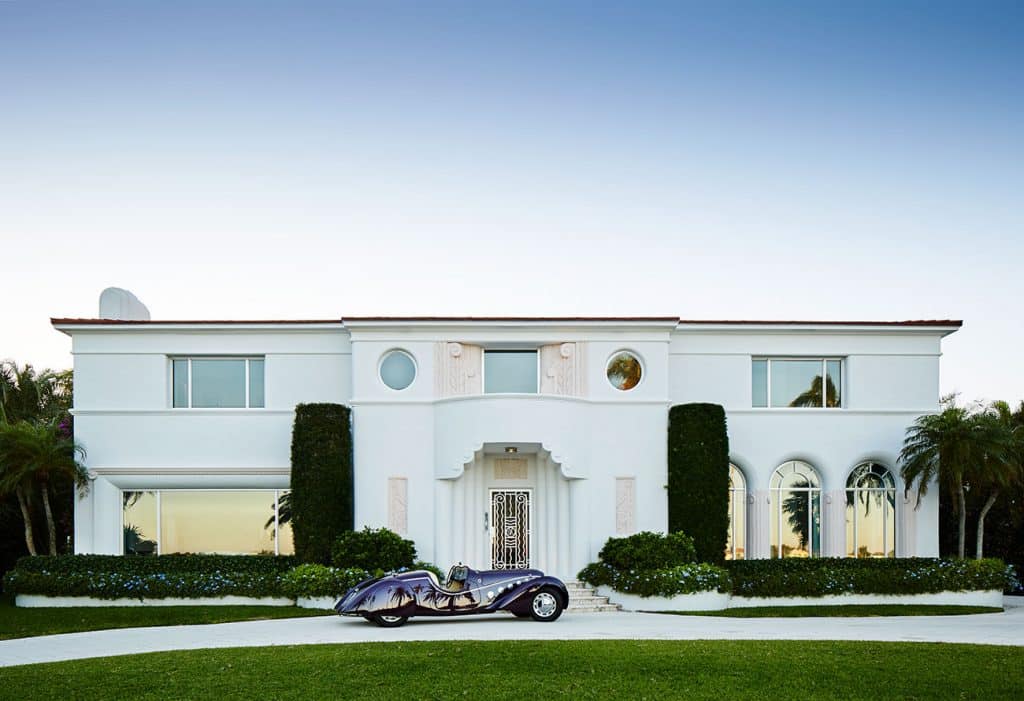 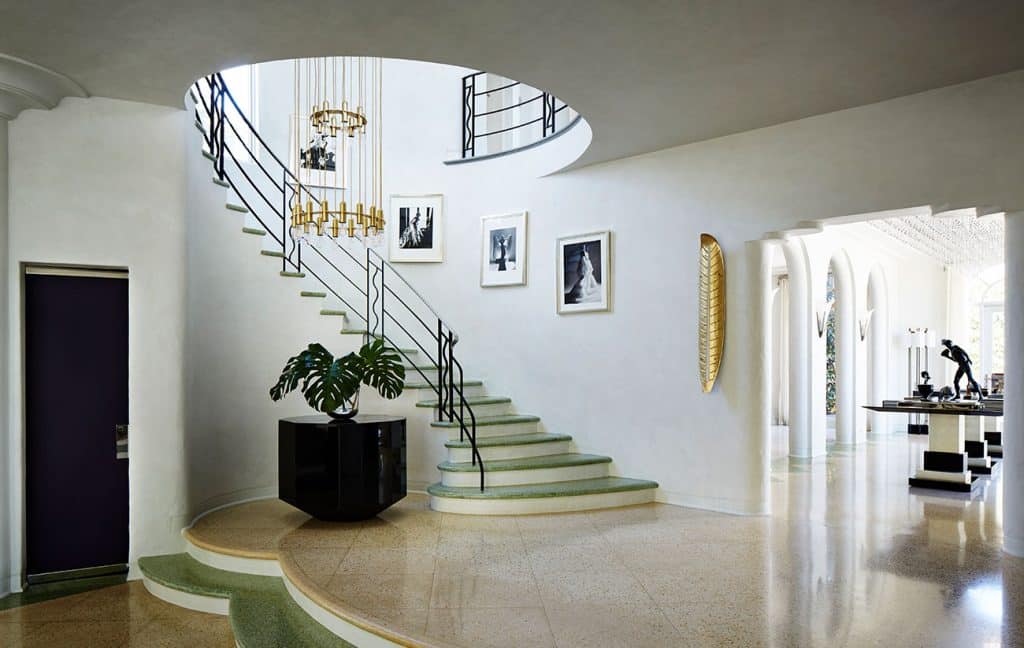 The foyer features the original seafoam-green terrazzo and a newly placed 1970s J. &L. Lobmeyr chandelier from Vintagerie. The photos on the wall are by Horst P. Horst, and the sconces are from John Salibello. Photo by Stephen Kent Johnson 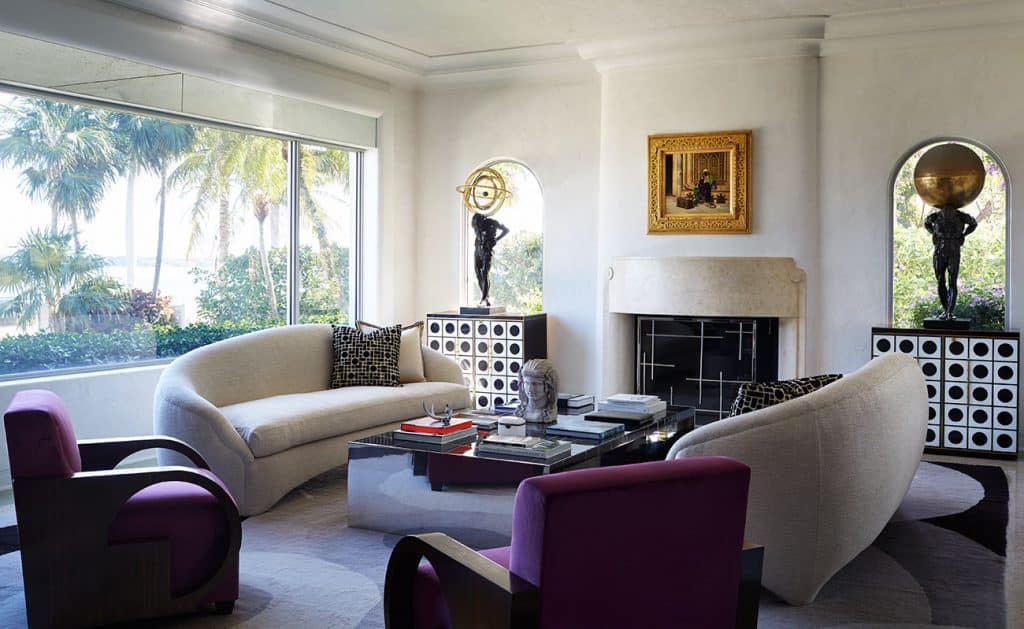 In the living room, the fireplace is flanked by vintage Italian Art Deco cabinets from Cosulich on which stand Louis XVI–style globe and armillary figures. The Ludwig Deutsch painting Orientalist, ca. 1897, hangs above the mantel. Photo by Stephen Kent Johnson 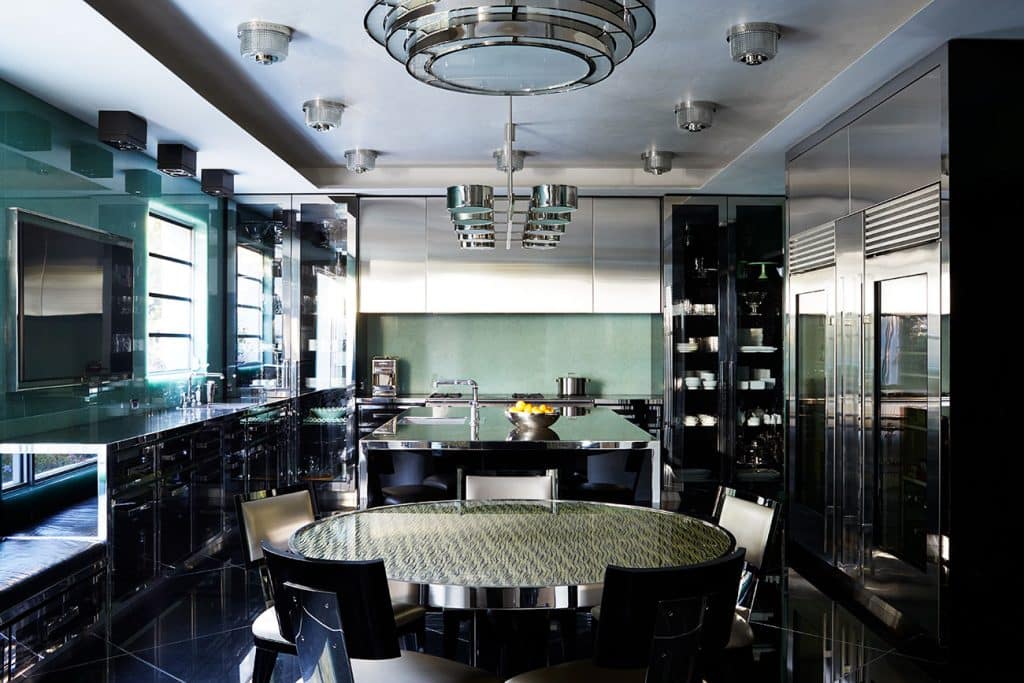 Pembrooke & Ives designed a contemporary kitchen that pays homage to the house’s Art Deco style in both color and materials. A Charles Edwards chandelier hangs over the custom table surrounded by Loren Marsh chairs, while a fixture from John Salibello illuminates the island. The walls are finished in a recycled sea-glass material that pairs with polished black granite and polished stainless-steel trim. Photo by Stephen Kent Johnson

Far removed in distance and style is a sprawling stone lodge in Aspen designed by local architect Charles Cunniffe. Because the owners, a young New York family, use it year-round, Pembrooke & Ives created a scheme that can “serve both winter and summer seasons,” Sheinman says, adding that it also lets “the spectacular views take center stage.” Cream-colored, plaster-walled interiors provide a backdrop for such contemporary pieces as a Marcel Wanders mirror and Mathilde Penicaud concrete and steel console in the entry and an imposing Frederik Molenschot bronze chandelier in the dining room. The dining table is surrounded by Kelly Wearstler chairs, painted a custom shade of green, and accented by one of Andrea Branzi’s Trees cabinets, made from patinated aluminum and a birch-tree trunk. 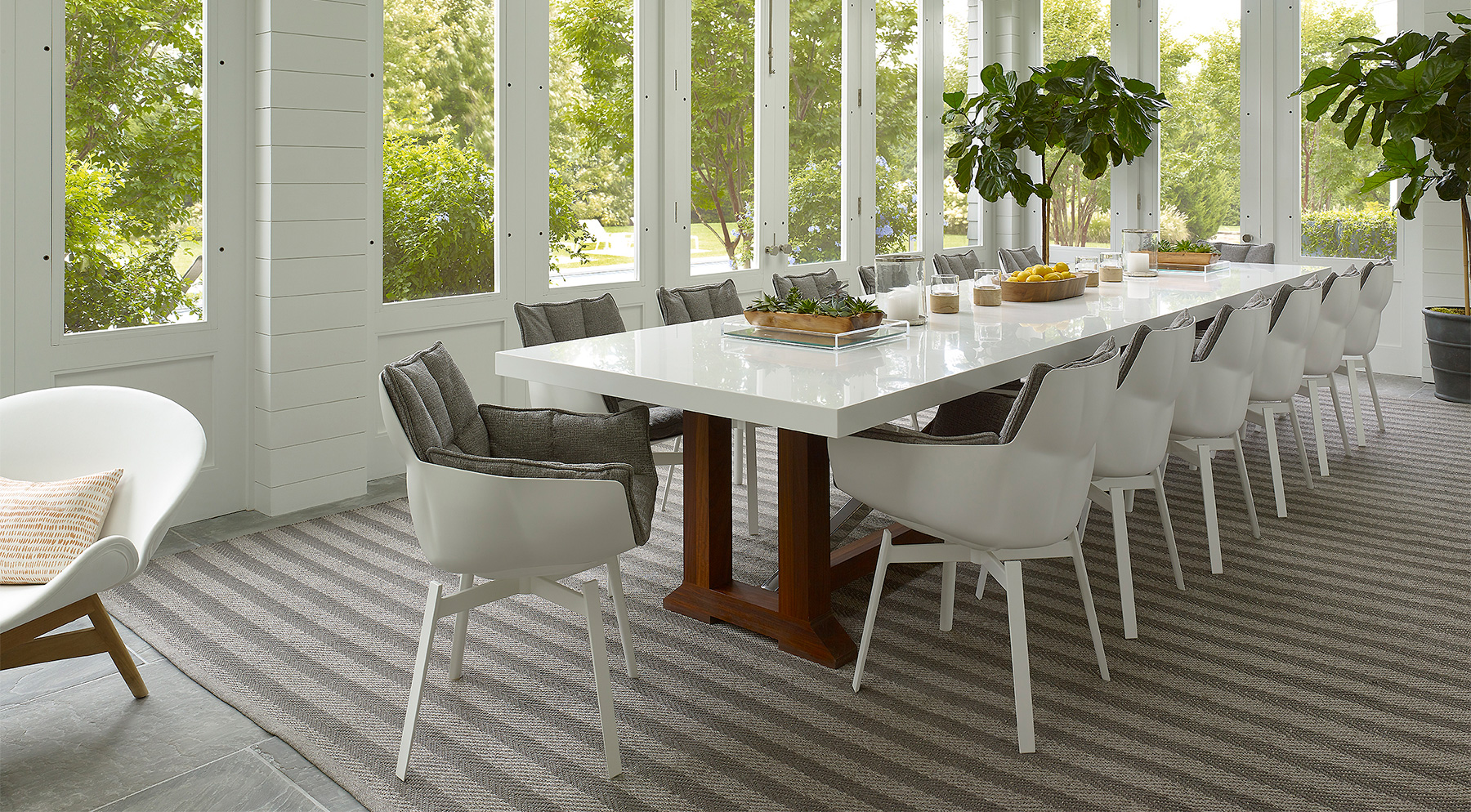 In the screened porch of the Hamptons home, Walters Wicker chairs sit at a custom table on a bespoke rug by Beauvais. Photo by Peter Murdock

A spacious home in New York’s Hamptons was done for repeat clients who “made a big commitment to contemporary art,” Sheinman says, explaining that although Pembrooke & Ives generally works with art advisers, the firm is often asked “for our opinion on whether a piece will work well in a space.” Here, a living room wall is adorned with Anish Kapoor prints, while the dining room boasts lithographs by Alex Katz and Roy Lichtenstein, and more artworks hang on the cream-colored, high-gloss lacquer walls of the double-height entry. These homeowners, Sheinman notes, are also “big entertainers,” so off the custom-designed kitchen, with its inset floor “runner” of ceramic tile framed with stainless steel, is a spacious porch that serves as a relaxed summer dining room. 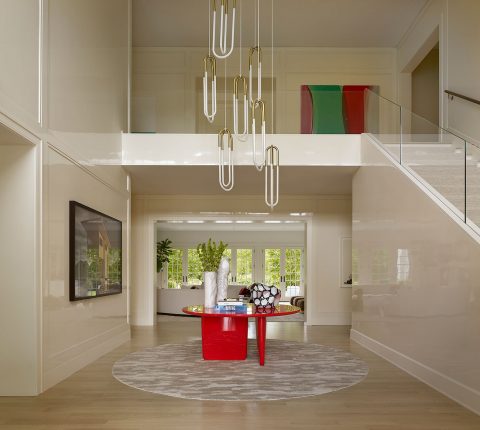 The glossy-walled, double-height foyer of the Hamptons home features art by James Casebere (downstairs) and Yunhee Min (upstairs). The black-and-white vessel on the custom center table is from R & Company. Presiding over all is a custom light fixture by Roll & Hill. Photo by Peter Murdock

The studio dealt with a very different backdrop in a 1937 Art Deco house in West Palm Beach, where Sheinman’s team added new and vintage elements that complement the (remarkably intact) existing structure. In this project, as in others, Sheinman says, “we tried to be sympathetic to the architecture. We didn’t want to make the building what it isn’t.” A long gallery with original arched windows and openings contains a trio of custom tables that combine to form a long dining table. A custom rug and sofas with a French 1940s air, along with a pair of Italian Art Deco cabinets from Cosulich Interiors and Antiques, set a refined tone in the living room. A 1970s J. &L. Lobmeyr chandelier hangs in the curved stairwell, and in the kitchen, vintage Deco light fixtures illuminate the new counters and cabinets and a custom-designed table with an LED-illuminated glass top. The result is a space that meets the needs of today’s home cook while also evoking the house’s design heritage. 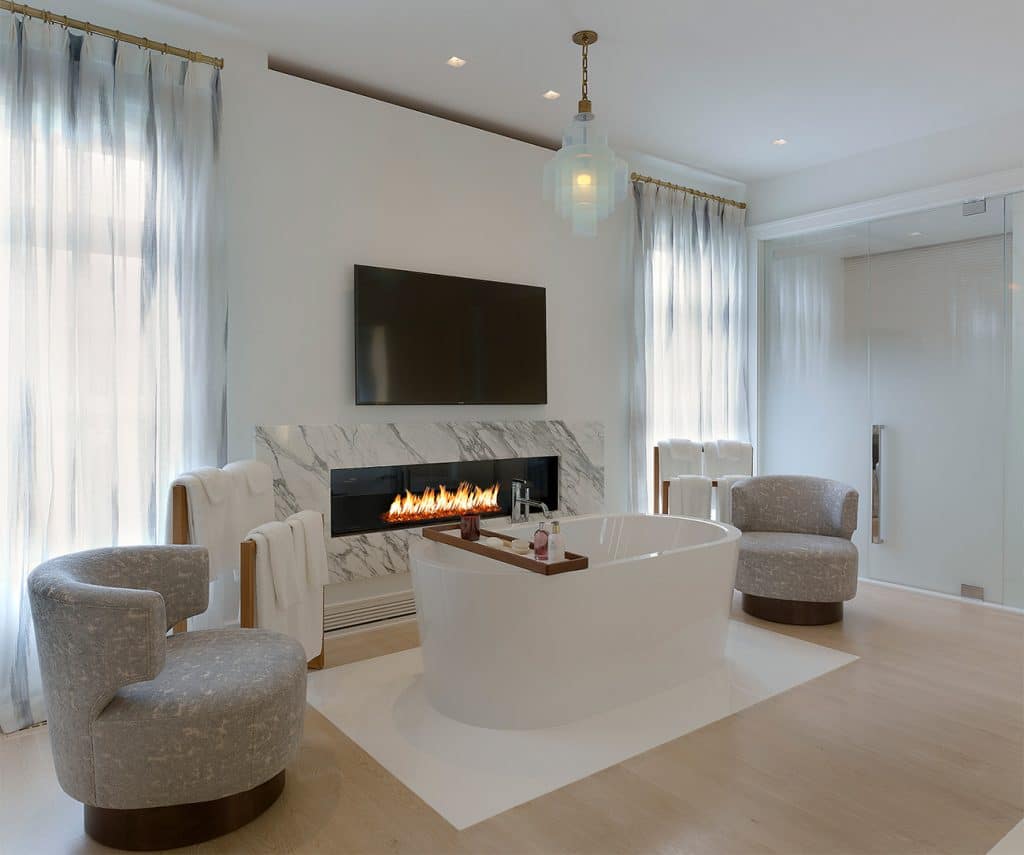 A pair of Holly Hunt chairs flank a Nokori tub in the home’s master bathroom. A Carlo Nason for Mazzega Murano glass chandelier hangs above. Photo by Peter Murdock 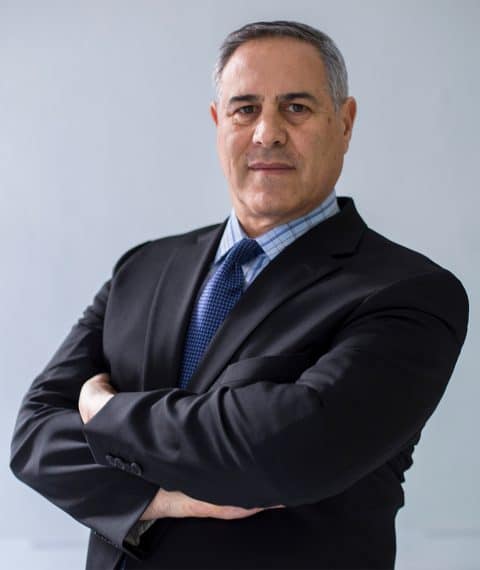 “Our brief is to realize our clients’ dreams,” says Sheinman, who notes that his firm gets involved in every aspect of a project, “from the master plan to the dishes on the table.” Photo by Dustin O’Neal

In addition to its custom residential work, Pembrooke & Ives has designed a number of projects for developers — among them, the Chatsworth, a renovation of a 1904 apartment building on New York’s Upper West Side; and 212 Fifth Avenue, a converted 1912 office building where each apartment has a spacious foyer well proportioned for displaying contemporary art. (The building made headlines earlier this year when Jeff Bezos bought three units, including a penthouse triplex, for $80 million, presumably with plans to combine them.) Currently on the boards is a new residential building at 24 Leonard Street, in Tribeca, as well as country clubs in Palm Beach County and on Long Island and the office’s latest venture: high-end senior-living facilities in Washington, D.C.

Sheinman is excited about moving into the senior-living sector, feeling, he says, that “we can make a major impact.” Making an impact seems to be a consistent goal of his, regardless of a project’s scale. As he explains, “We are fortunate to have smart, sophisticated clients who have a vision and high standards, and they come back to us because they feel heard and because we help them elevate that vision.” 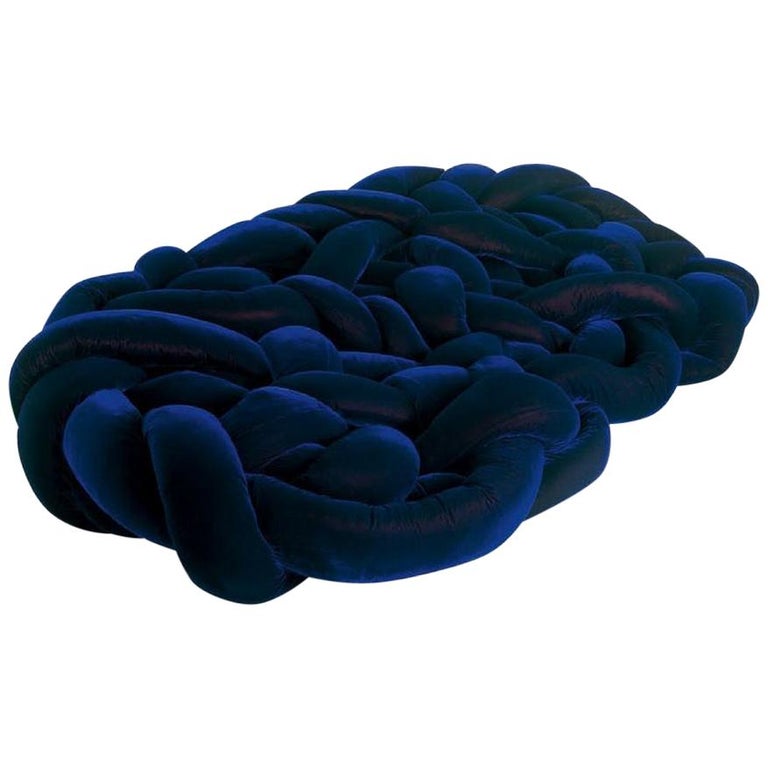 “With its very organic, woven form, this sofa is a great statement piece.” 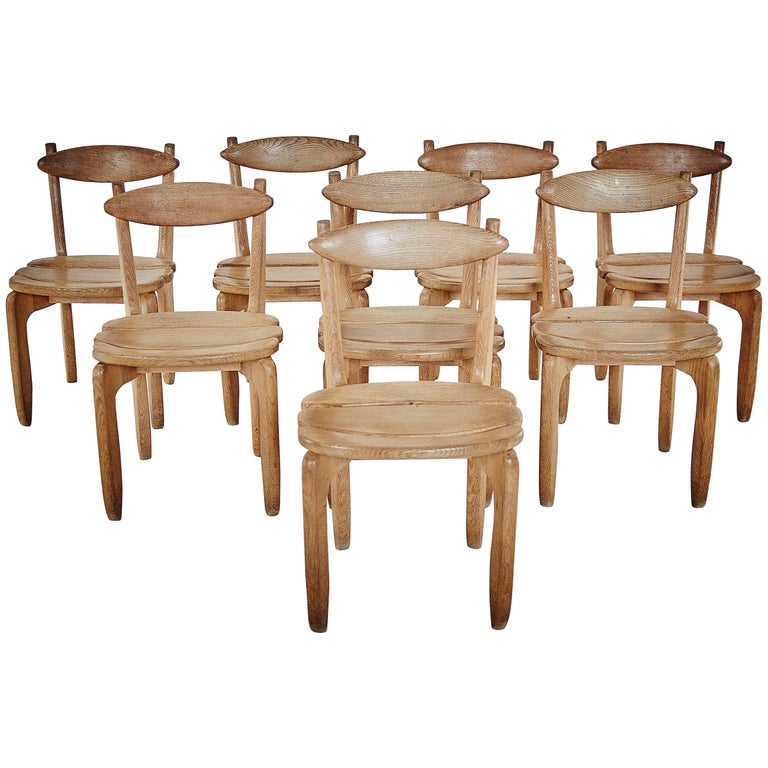 “Not only are these chairs great looking, but they are comfortable too.” 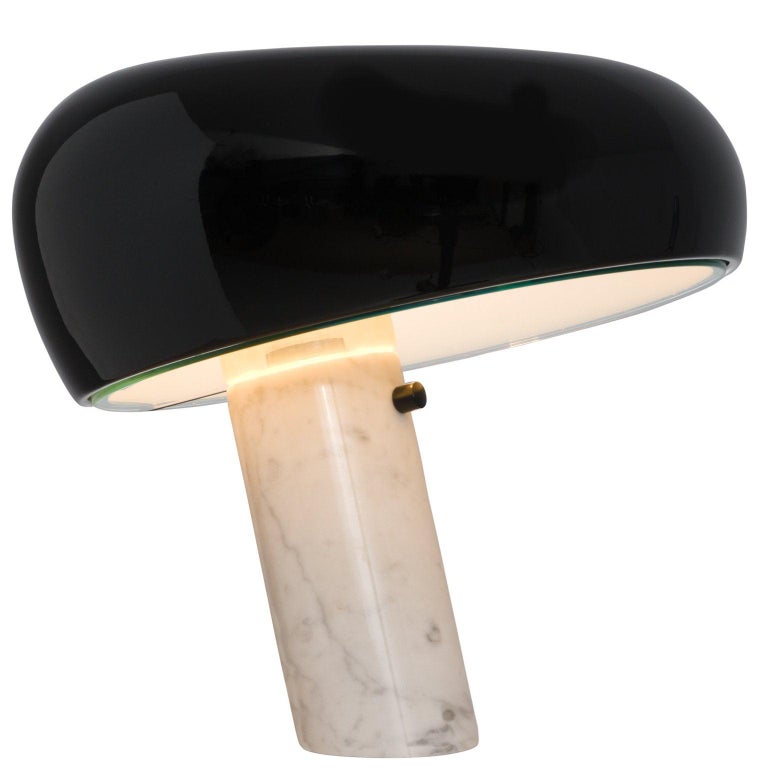 “This is incredibly stylish, well-crafted and light.” 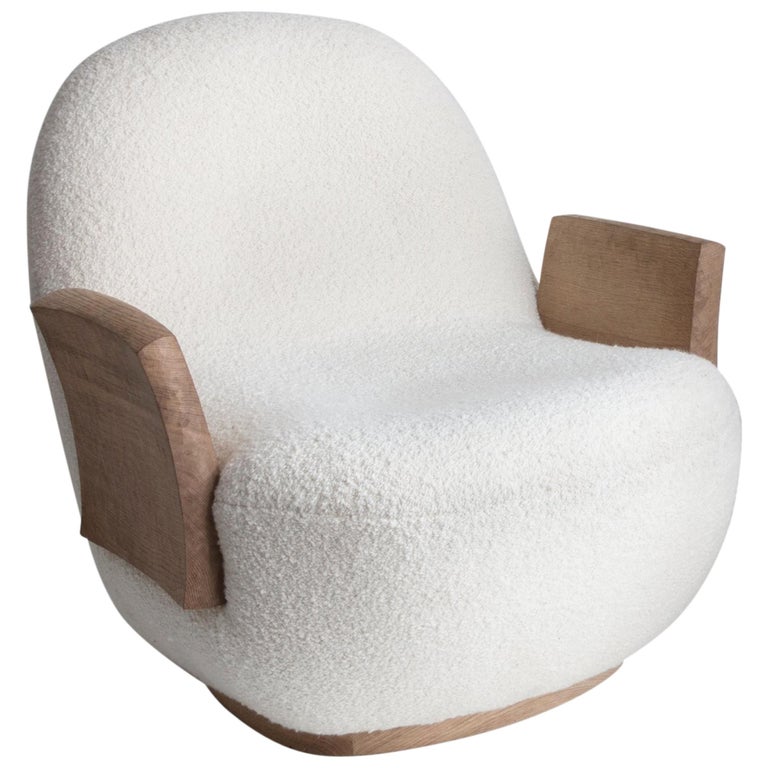 “I see this chair as a modern-day classic.” 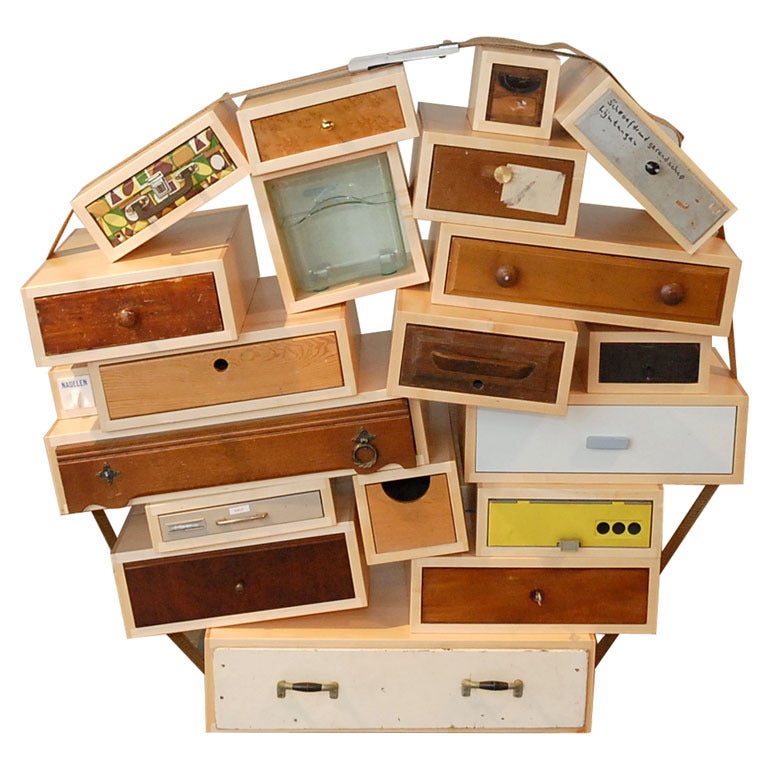 “Such a fun and clever piece — it would make a strong statement in any room.” 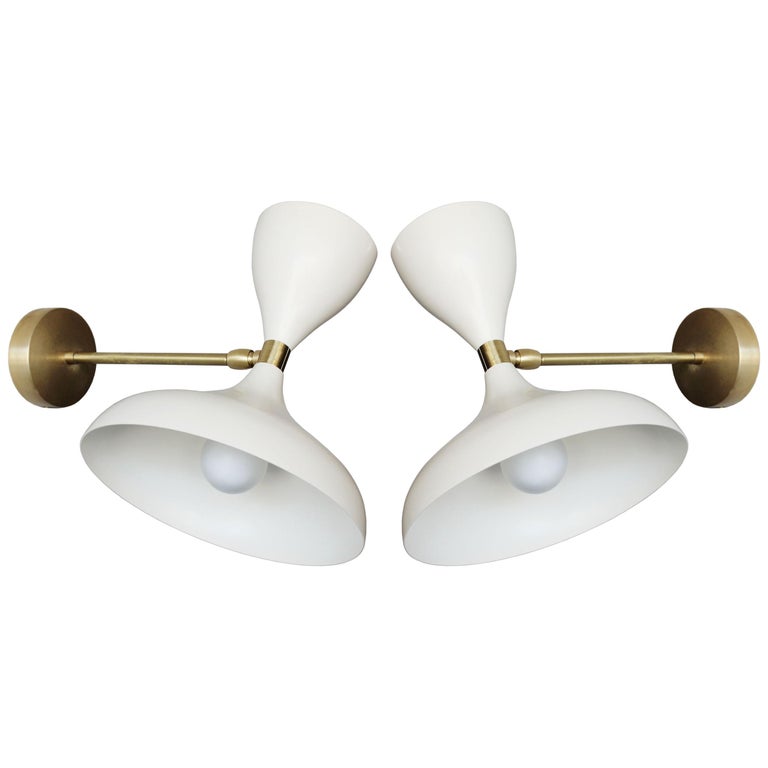 “Although these sconces are new, they are a great nod to mid-century Italian design.” 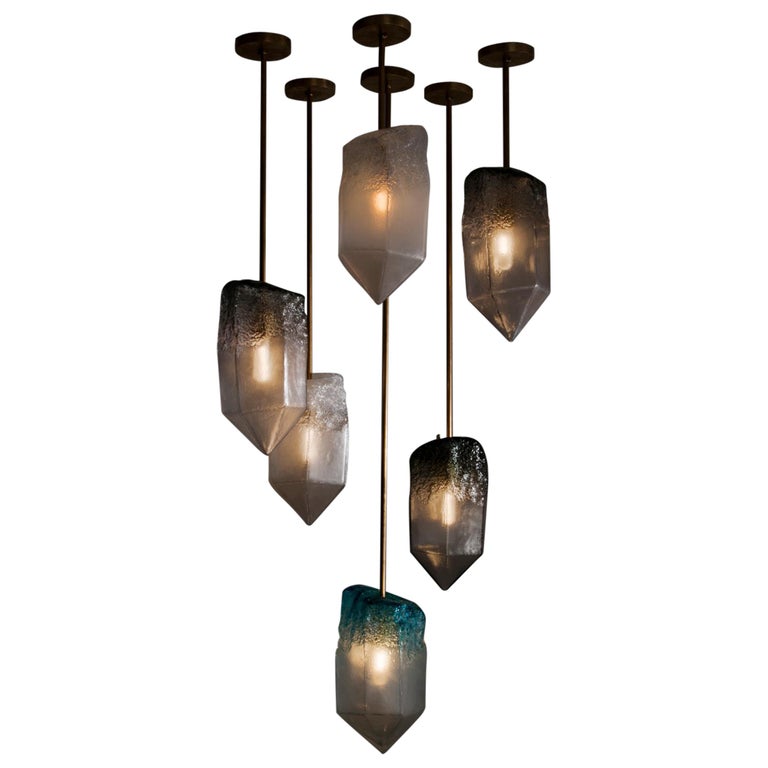 “I love the sculptural quality of all of Jeff Zimmerman’s work.” 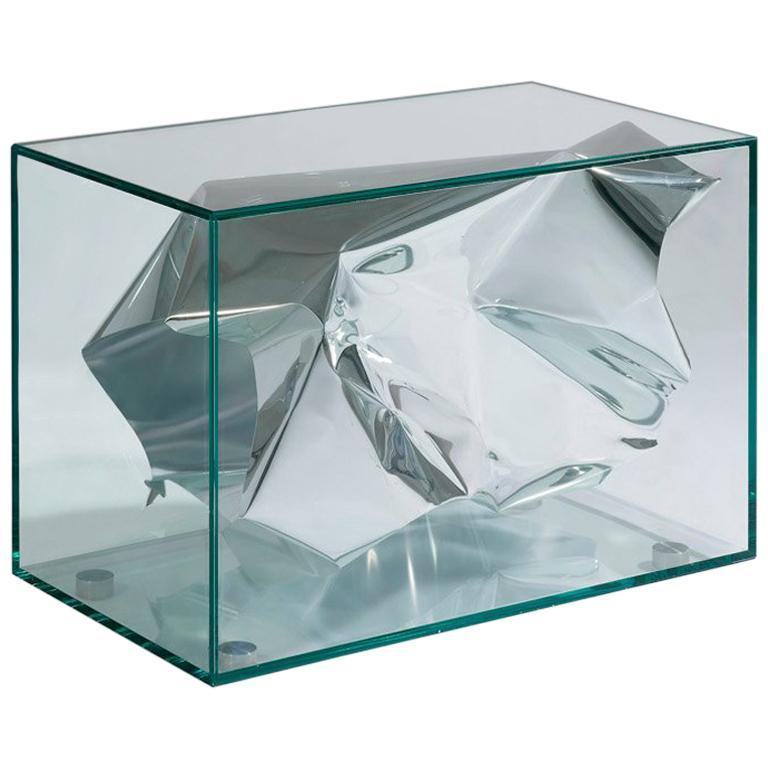 “This table is a great example of the convergence of art and design.” 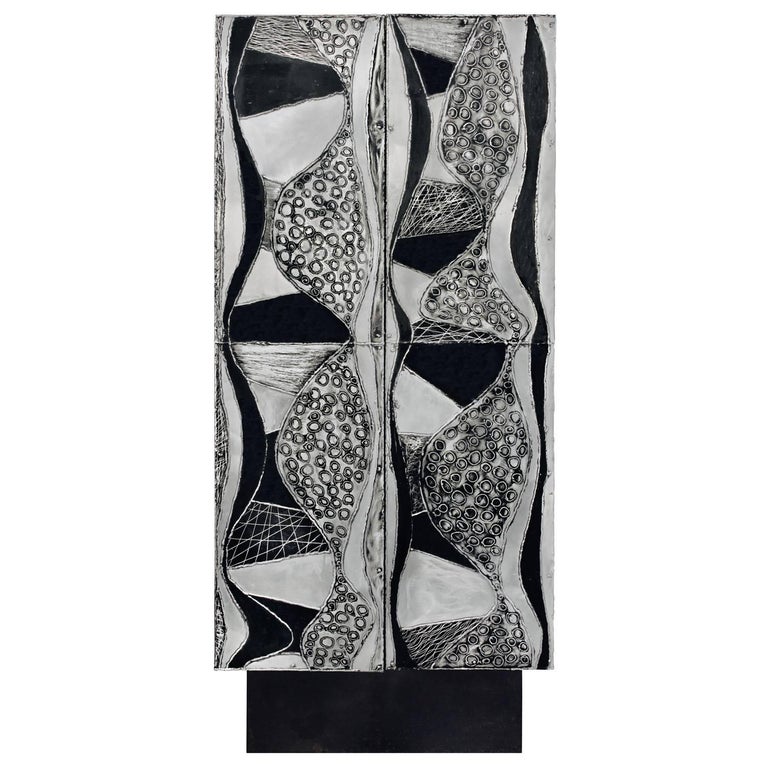 “I have been a big fan of Paul Evans’s work for a long time. I love the craftsmanship of this piece.”