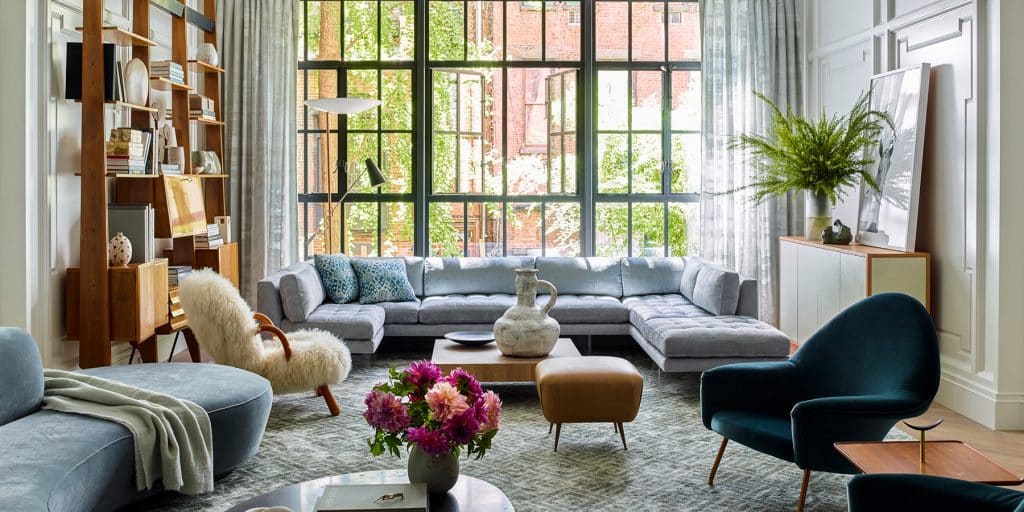 The New York interior designer collaborated with architects Ike Kligerman Barkley in reimagining a 19th-century home in the heart of the West Village.

by Fred A. Bernstein | photos by Eric Piasecki

February 28, 2021For Brad Ford, working with the same young couple for more than a decade hasn’t gotten boring. One reason, he says, is that “they push me to try new things.”

Take their recently completed townhouse in Manhattan’s West Village. Ford’s three previous houses for the couple were seas of creams, beiges and other neutral tones. But this time, they wanted a lot more color. Ford rose to the challenge, getting out his Farrow & Ball paint deck and selecting a range of blues and greens, sometimes subtle, other times quite bold. “They pushed me outside my comfort zone,” he says, adding, touchingly for such an accomplished designer “It helped build my confidence in terms of what I’m capable of.”

The Arkansas-born Ford, 52, is capable of plenty. While running a busy design practice, he is also an entrepreneur. In 2014, he created Field + Supply, a twice-annual gathering in the Hudson Valley where a carefully vetted group of artisans market their wares. (The 2020 events were held online.) In 2015, he opened Fair, a year-round showroom for many of the same makers’ goods, at the New York Design Center, on Lexington Avenue in Manhattan. Not surprisingly, Ford uses many items from Fair in his interior design projects, including the West Village house.

But before Ford could think about furniture or implementing his color scheme, the brick-fronted house required a gut renovation, with Flower Construction and Joel Barkley and Douglas Crisp, then of architecture firm Ike Kligerman Barkley, taking the lead. Partner Tom Kligerman describes the project’s chief challenge as “creating the character of an old house when all the components are new.”

To this, Ford adds, “It was important to try to bring some architecture back into the space.” That involved installing steel casement windows across the rear facade and adding intricate plasterwork to some of the ceilings. Painted-wood wainscoting in the stairwell confers old-world charm. But the architect and designer weren’t trying for authenticity.

Speaking of the living room’s marble fireplace, for example, Kligerman says, “If that were a real French fireplace, the veining of the marble would have been perfectly symmetrical. Here, it drifts off to the side” — a sign of a contemporary sensibility.

Ford filled the house with old pieces that look modern, modern pieces that look old, and everything in-between. The mix makes it hard to tell exactly when the rooms were done. “A house like this is a big investment,” says Ford. “It’s important that it not feel trendy.” Here, he takes Introspective on a tour of the elegantly ambiguous home.

The entry sets the tone for what’s to come, says Ford: sophisticated but not too grown-up. For whimsy, there’s a George Condo painting, which Ford hung above a stool designed by Kelly Wearstler. For gravitas, there’s the wainscoting with a repeating pattern that Kligerman says was exaggerated, making it “a little more crisp, a little more geometric than it would have been in the nineteenth century.”

Threaded down through all five levels of the stairwell is a hanging fixture by Lindsey Adelman — a literal high-wire act. To get the placement of its glass globes and metal rods just right, Ford made a full-size template from balloons and sticks and strings and had the contractor hang it in the well. “It was hard to know how it was going to feel in the space until we mocked it up,” he says.

“It’s the first real room you see as soon as you walk in,” says Ford, “so we really wanted it to be special.” The two most prominent features — the ceiling tracery by Hyde Park Mouldings and the wall of windows  — ensure that it is. On a wool-and-silk diamond-patterned carpet from Crosby Street Studios, Ford created two main seating areas, each built around an iconic Vladimir Kagan sofa: his Omnibus sectional near the back wall and the more familiar Serpentine in front. (Behind the Serpentine is an artwork made of chiseled wood by Oregon artist Julian Watts.)

To the sofas, Ford added furniture by other designers. “We didn’t want it to feel like just an homage to Kagan,” he explains. And yet the shape of each coffee table (the oval one from Egg Collective; the square one from Black Creek Mercantile, a maker shown at Fair) corresponds to that of the nearest sofa. A smaller grouping near the fireplace features chairs by Joseph-André Motte. To the left of the fireplace, a Guillerme et Chambron chair from Pavilion Antiques, reupholstered in pink, fills a niche lit by a sconce from Interieurs. The real showstopper may be the mid-century shelf unit, attributed to Vittorio Dassi, from Matt Mitchell London. Its vertical and horizontal syncopation, which echoes both the rug and the window mullions, sets a jazzy tone for the room.

Instead of a formal dining room, the clients opted for a space they refer to as the “coffee room” — though stronger drinks are also consumed here. (A storage unit from Amuneal doubles as a bar.) Highlights include another light fixture by Adelman, this one as elegant as strings of pearls, and an ethereal landscape painted by Dean Barger. That mural complements the walls painted in Farrow & Ball’s peacock-y Inchyra Blue. A custom Ico Parisi–inspired sofa, upholstered in velvet, meets a vintage chair from Paul Donzella at a Black Creek Mercantile table. The vintage Stilnovo floor lamp is from Le Lampade. Overall, the room feels like a secret lounge in a very chic hotel.

Opening onto the backyard, the kitchen couldn’t help but be light and airy. Ford kept it that way with soft colors — painting the working part of the kitchen gray-green and the eating area light blue. The couple and their four young children eat at a BDDW dining table lit by Roman and Williams fixtures. The dining chairs, with cinnamon-colored upholstery, are by Gubi.

Ford wanted the kitchen to be “a nice blend of modern meets traditional — so you’re not sure what period you’re looking at.” He chose lacquered-brass hardware to keep the room from appearing new. And, he says, referring to the board-and-batten surfaces, “we did the planking all the way around to add some texture.” Switching the boards’ orientation from vertical to horizontal gives the room a kind of cornice.

What Ford refers to as “a little jewel box of a powder room” sits near the front door. Despite its small size, the space is one of his favorites — “It’s dark and intimate and sexy.” Ford achieved that look with a hand-painted wallcovering from Holland & Sherry, an Apparatus ceiling light and Waterworks fixtures.

On the top two floors of the stairway, Ford and the clients hung not family photos but an installation by Jefferson Hayman, who describes his work as chronicling “transformation, discovery and solitude.” The artist displays his original photographs, each a silver-gelatin, platinum or pigment print, in a mix of old and new frames. Ford’s clients looked through scores of Hayman pieces, choosing the ones that spoke to them. “Sometimes, it was about the frame,” the designer explains. “Sometimes, it was about the image.” Although contemporary, the installation “feels like a nod to something more traditional,” he adds.

“I think hard about every single piece,” says the designer, who doesn’t ever crowd his rooms. A giant four-poster bed from BDDW, its walnut frame ebonized at the top, dominates the house’s main bedroom. But there was still plenty of space for a vintage Dunbar sofa. The deeply textured rug is again from Crosby Street Studio, while the wallcovering — Phillip Jeffries Vinyl Brushstroke Silk in Giverny Grey —feels Japanese-y, Ford observes. The contemporary NR coffee table is from SORS. To light the room, Ford chose a pair of leather-shaded sconces from Materia, a ceiling fixture from David Weeks and a floor lamp by Charles de Lisle.

Ford’s clients asked for a bathroom “you’d want to spend time in, really architectural, handsome with a few feminine touches,” the designer recalls. French oak cabinetry and the walls’ green color qualify as handsome, while bits of purple and pink in the highly figurative marble provide a touch of the feminine. The freestanding tub and a fireplace (not pictured) were must-have luxuries for the couple. Ford sourced the vintage Fontana Arte ceiling fixture from Rewire and the sconces from Apparatus Studio. The jute rug on the floor, he says, “adds texture and a certain earthiness.”

From cellar to roof, says Kligerman, “the question was, ‘How modern can you make it and still have a great nineteenth-century New York vibe?’ ” Thanks to the vintage buildings surrounding it, the roof deck could almost be from the era of gas lamps.

“It’s a place of tranquility,” says Ford. The gurgling fountain at the center is surrounded by the seating area, which is in turn surrounded by plantings designed and installed by Brooklyn-based landscape architect Harrison Green. “We wanted it lush, a real oasis in the city.” That’s true of the roof, and it’s true of the entire house. 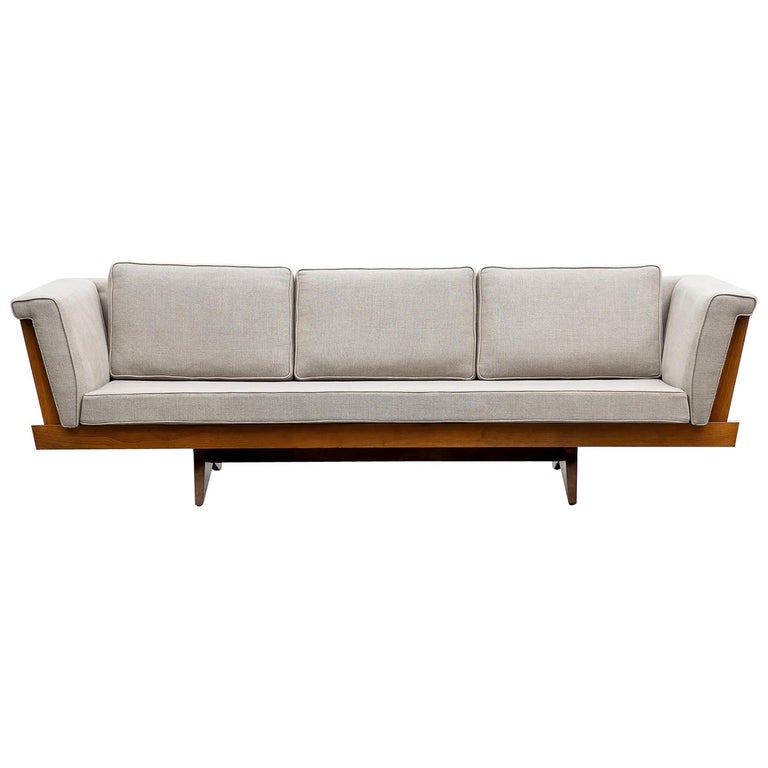 “I’m a huge Nakashima fan, but I’d never seen an upholstered piece by him before, so I like how unusual this is.” 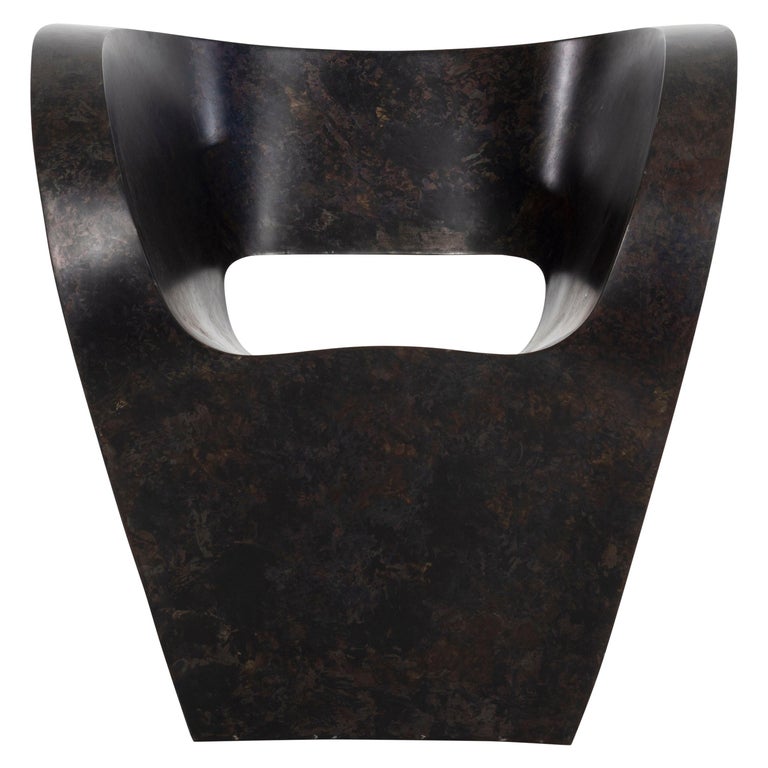 “I love how this chair is such a strong form, and yet there’s a gracefulness about it because of the curves and the opening in the back. I like things that are super-impactful but simple.” 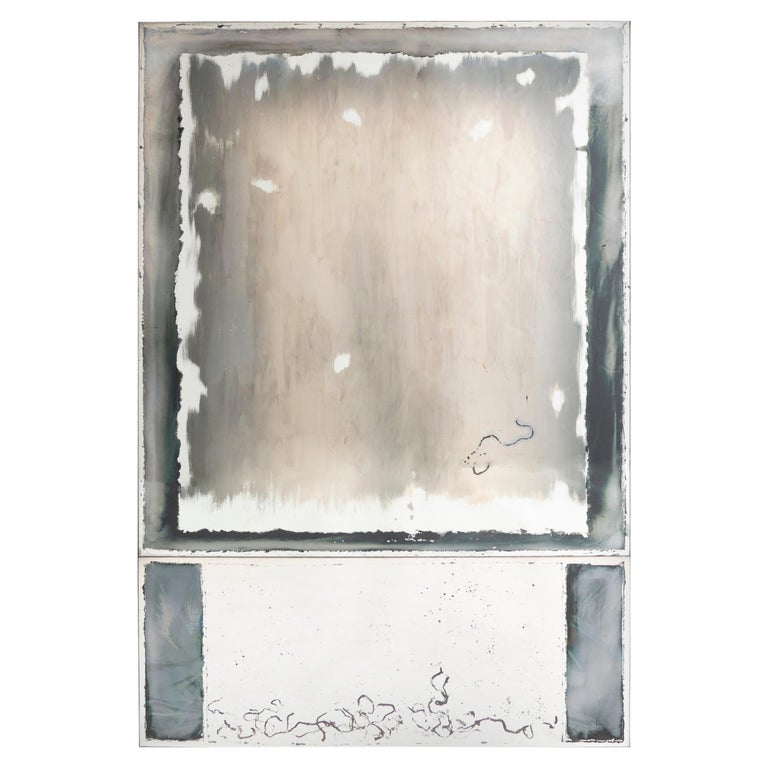 “I like the texture this creates. It adds a bit of deconstructed glam to any space.” 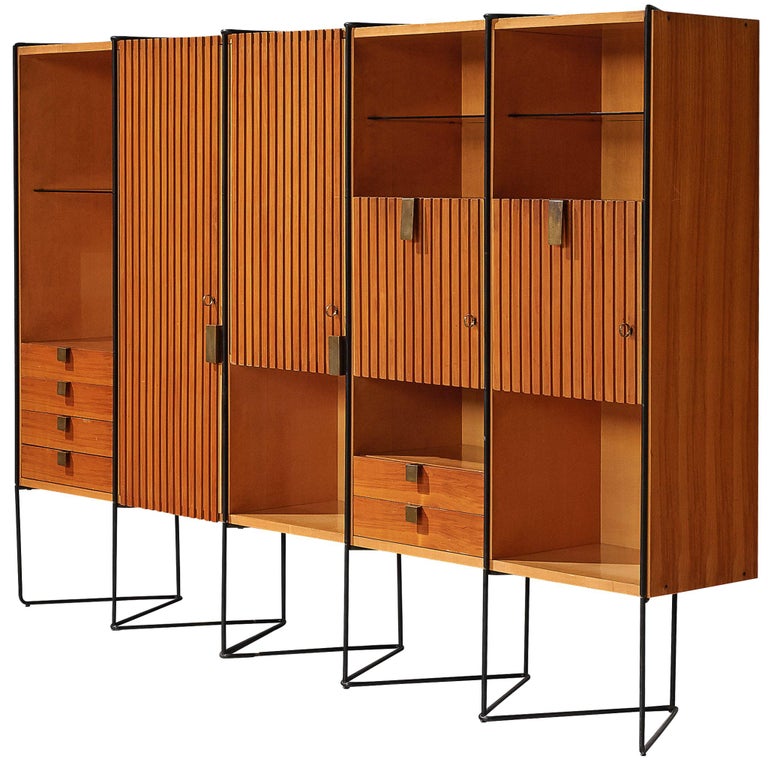 “The contrast between the top, which is so strict, and the bottom, which feels whimsical, makes it compelling.” 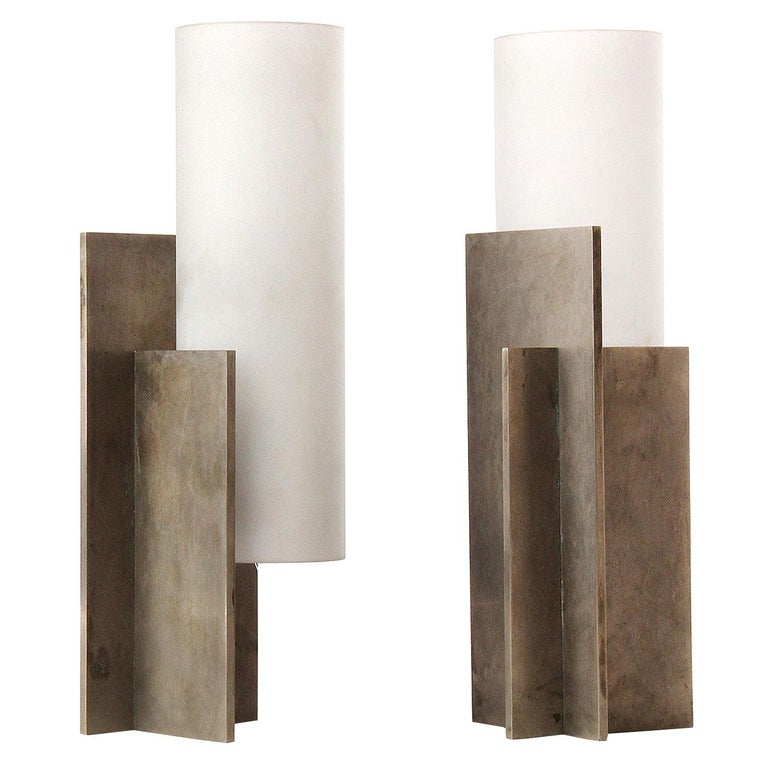 “I love the cylindrical glass shades against the rigid geometric bases. And I really like the patina of the metal.” 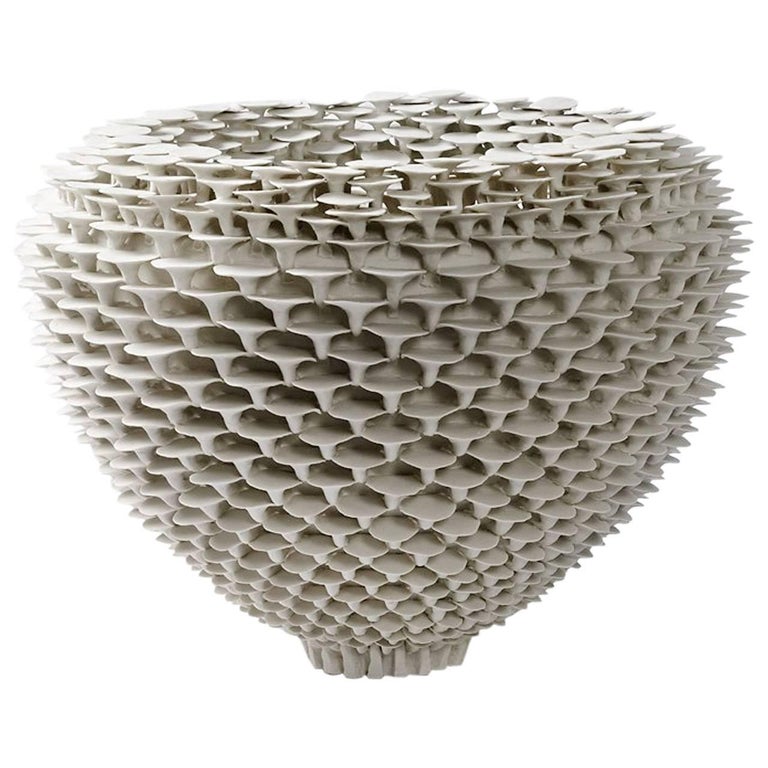 “I can’t imagine how tedious this must have been to make. Yet it’s hypnotic to look at, and it has such a graceful form.”