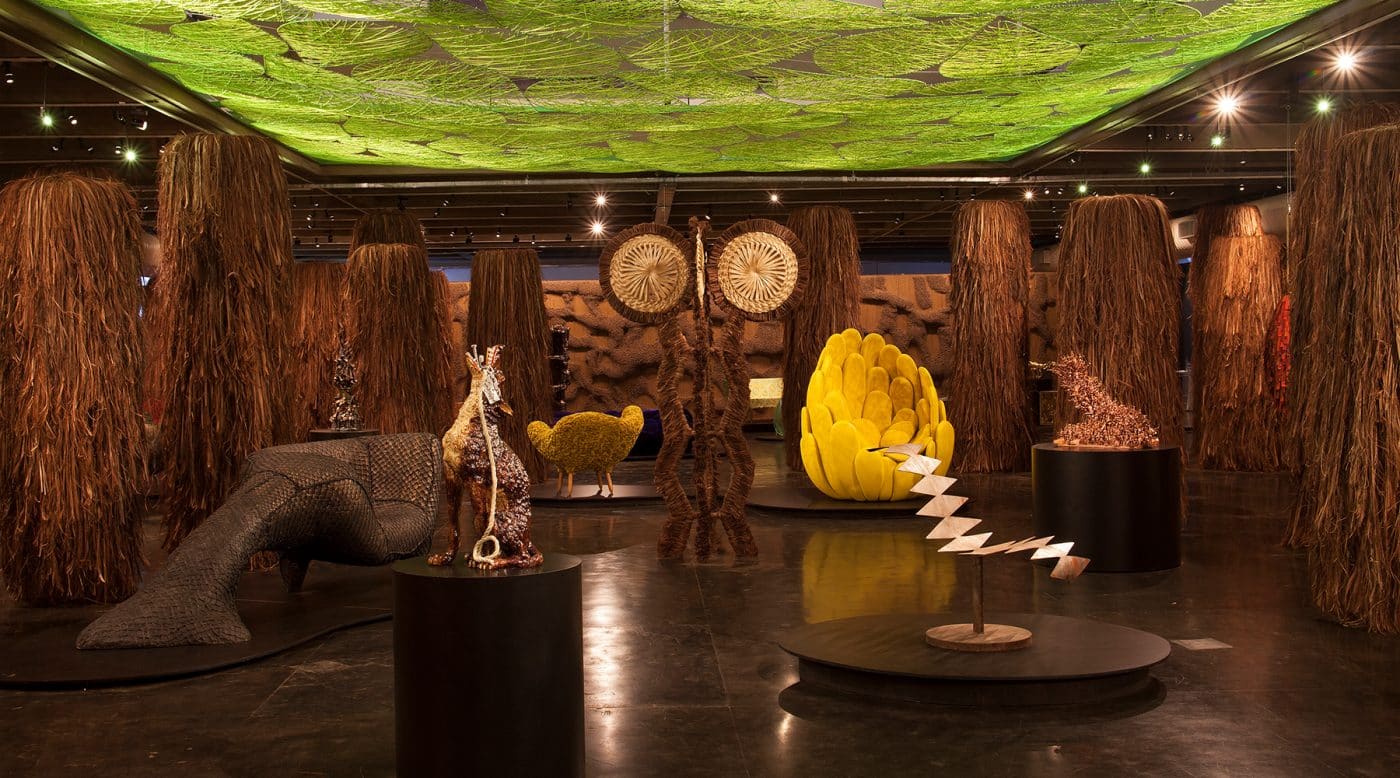 July 18, 2021Design breakthroughs often come from unlikely quarters. That is certainly the case with Fernando and Humberto Campana, whose irreverent imaginings have been rocking the design world since they emerged on the scene in their native Brazil three and a half decades ago.

Breaking all the rules — completely disregarding them, in fact — the Campana Brothers gained early notoriety in the late 1980s, with their Uncomfortable series of metal seats, and jumped to international fame in the 1990s, by fashioning chairs from scraps of wood nailed and glued randomly together. The Favela chair, inspired by the creative denizens of local favelas (shantytowns), who construct their dwellings from whatever materials come to hand, and the instantly identifiable mop-like Vermelha chair, composed of more than 500 yards of rope, have become icons, both still produced by the Italian company Edra and found in museum collections worldwide. It was the start of an enduring career documented in a major retrospective, “Campana Brothers — 35 Revolutions,” at Rio de Janeiro’s Museum of Modern Art, that ended this past January.

Their early chairs embodied an ethos that the Campanas still espouse — “to show people,” as Humberto Campana puts it, “that with a little bit of confidence, they can build the world with their hands.” In 2009, the brothers founded Instituto Campana, an NGO that aims to do exactly that: engage local communities in social and educational projects using design as a transformational tool.

Born in 1953 and 1961 respectively, Fernando and Humberto Campana grew up with little exposure to modernist design beyond architect Oscar Niemeyer’s buildings in Brasilia, glimpsed in magazine photos. After graduating with degrees in architecture (Fernando) and law (Humberto), the brothers began crafting furniture just for fun, using ordinary materials like cardboard, rope, plastic tubes and aluminum wire. In 1983, they established Estudio Campana in São Paulo, where it remains.

In a telling interview for London’s Design Museum, the Campanas recalled purchasing a large quantity of rope from a street stall and piling it on a table, where they carefully studied the shapes that formed. “At that moment,” said one of the siblings, “We looked at each other and said, ‘This is the chair we want to build. It is a representation of Brazil in its beautiful chaos.’ ”

“The Campanas put Brazil and South America on the map in terms of a global design statement,” says Jennifer Olshin, a longtime partner at New York gallery Friedman Benda, the Campana Brothers’ primary dealer in the United States.  “They created an iconography that traveled around the world before Instagram. They became ubiquitous, actually. They instinctively understood this smart way of communicating across the board, from high to low.” And they’ve stayed in the forefront for decades, she adds. “It’s been a successive series of pieces, of bodies of work, each time adding layers to the language they were creating.”

The Campanas have always moved between worlds with ease. While partnering with local artisans in São Paulo’s Santa Cecilia neighborhood surrounding their studio, as they have done from the very beginning, they also hied off early on to Milan, where they forged long-term, highly successful associations with such titans of the global design industry as Edra, Alessi and Fontana Arte.

Their fruitful partnerships with European makers have continued into the 21st century. In recent years, the Campanas have produced numbered collections for the family-owned artisanal Italian metalcraft company GHIDINI 1961, comprising gleaming brass mirrors, lamps and other decorative objects whose unusual forms are suggested by their names, like the Tornado vase and the Jackfruit table lamp.

A 2016 prototype of the Aquario sideboard, made by the Spanish company BD Barcelona, whose irregular cut-outs backed with blue or green glass do indeed give the piece the aspect of an aquarium, is currently on offer by Barcelona-based Dada; New York City–based Duplex sells another version of the customizable piece.

Other key designs, including a Pop art–inflected series of chairs made of accretions of stuffed-animal toys on stainless-steel legs, meant as a statement about species preservation and sustainability, are made in the Campana Brothers’ own studio, so each piece has an artisanal uniqueness. Perhaps their most famous creations are the stuffed-animal seating pieces conceived in the early 2000s, such as the Cartoon chair, which features familiar Disney characters; the Dolphins and Sharks Banquete chair; and a chair made of Fendi’s goofy-eyed Bag Bugs. These memorable pieces are “the image that defines the Campana Brothers for many people,” Olshin says. “Not a week goes by without people calling from around the world looking for one animal or another. They just captured the imagination.”

Besides their ground-breaking art furniture and best-selling design objects, the Campanas’ fertile imaginations have brought forth big-ticket limited-edition pieces, like the surreal bronze and agate Noah chandelier, covered in cast-metal animals, and the Sushi Buffet, a brass credenza ornamented with highly detailed “sushi rolls” handcrafted of carpet, rubber, EVA (ethylene vinyl-acetate) and fabric, both currently available from Friedman Benda.

More recently, what Olshin calls “an experimental period of trial and error” yielded the Detonado furniture series, made by recycling patches of old chair caning into credenzas and asymmetrical bookshelves using a kind of stitched-together collage technique. The fluffy Bolotas chairs and ottomans, composed of sheep’s wool and ipe wood, present another unforgettable visual, even as they cry out to be sat upon.

At this stage of their careers, the brothers are thinking about their legacy. “I think our most significant contribution has been trailblazing new paths for the next generations of designers and showing them the power of resourcefulness by using simple materials and handcraftsmanship to create a unique design language,” Fernando says.

Last year, in mid-pandemic, the Campanas established a foundation to create an outdoor cultural center in their hometown of Brotas, in the countryside outside São Paulo. On 68 acres of land inherited from family — formerly sugar cane fields — they have planted some 2,000 native trees and begun constructing open pavilions, one ringed with a wall of cactus. 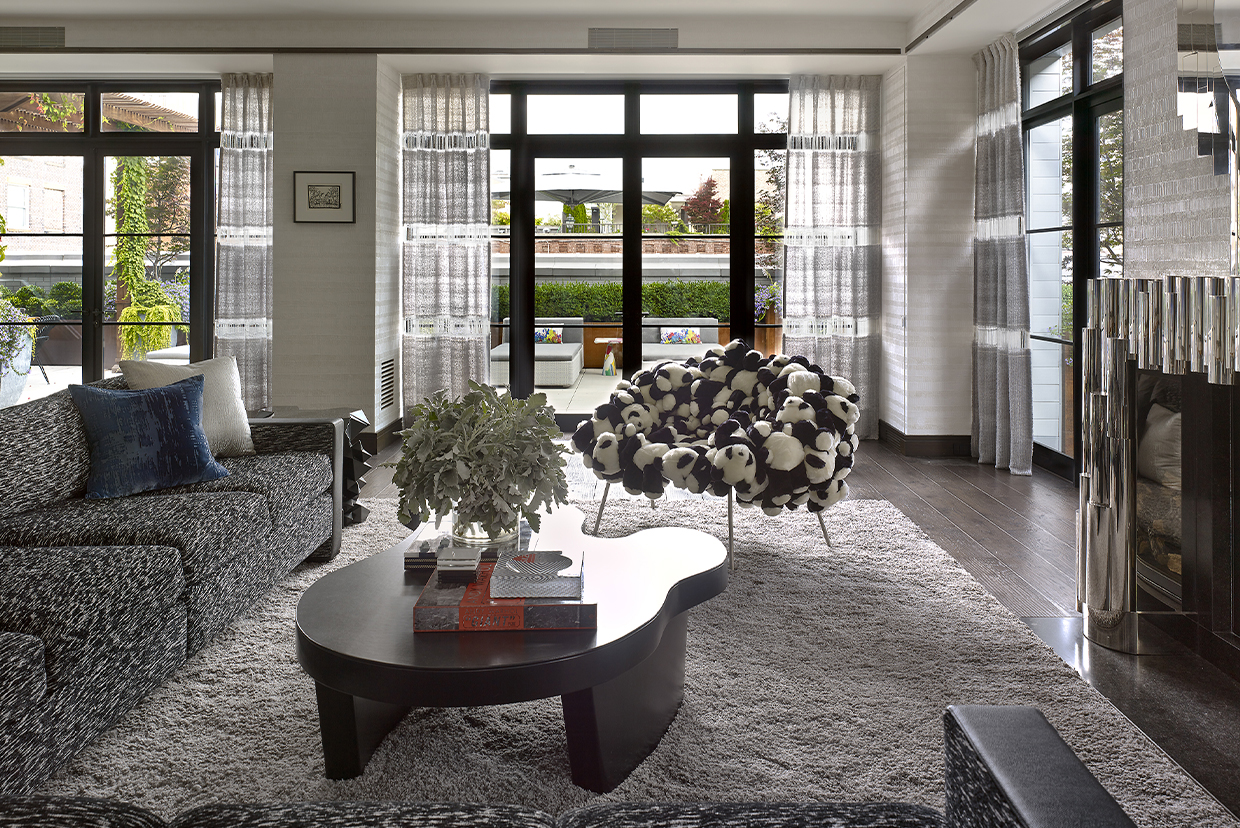 The living area of a Tribeca penthouse by Ernest de la Torre features a CAMPANA BROTHERS chair covered in plush panda bears, a custom table surrounded by ICO PARISI chairs from MORENTZ and a nickel-plated bronze fireplace surround and mirror by JUAN AND PALOMA GARRIDO, both from MAISON GERARD. Photo by Peter Murdock 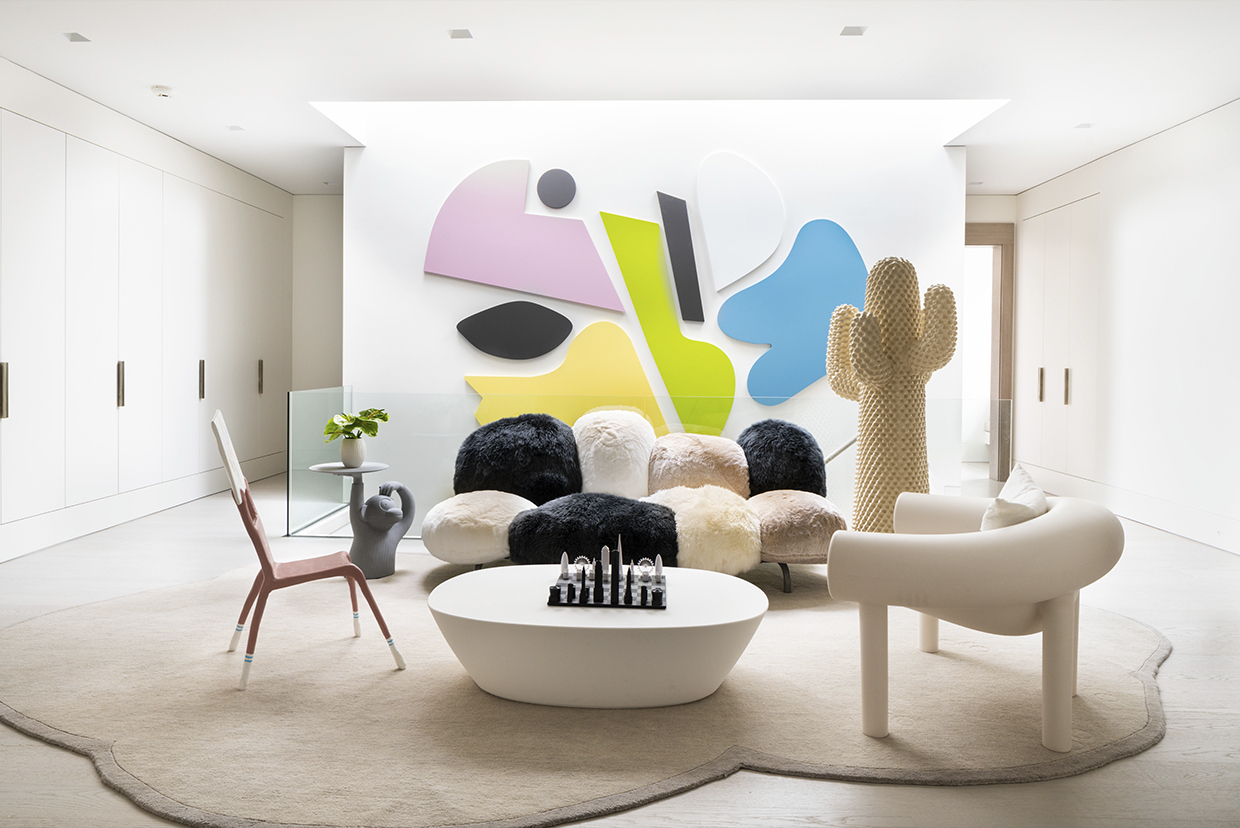 In this sitting area in a Hamptons retreat, Kelly Behun paired a CAMPANA BROTHERS sofa with other rounded pieces, such as a KONSTANTIN GRCIC armchair, a GUFRAM sculpture and AC Group artworks. Photo by Stephen Kent Johnson 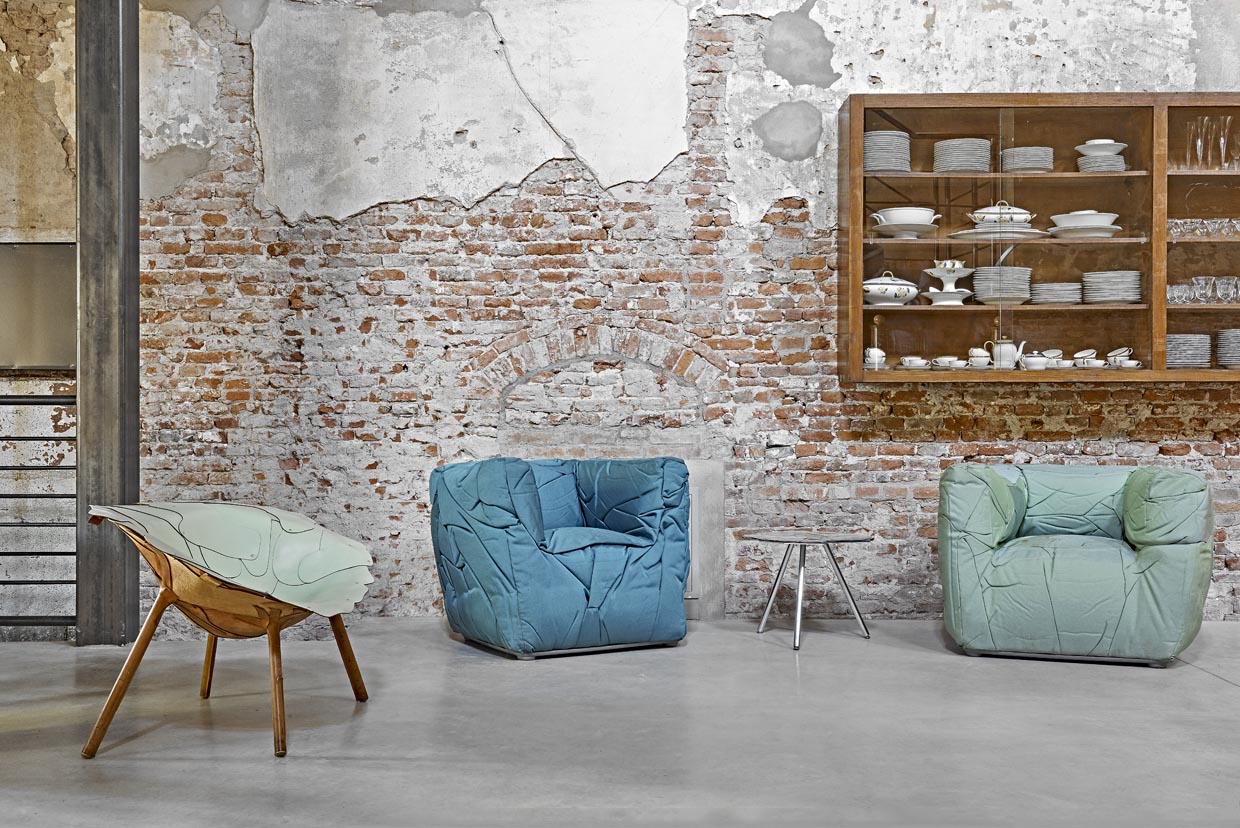 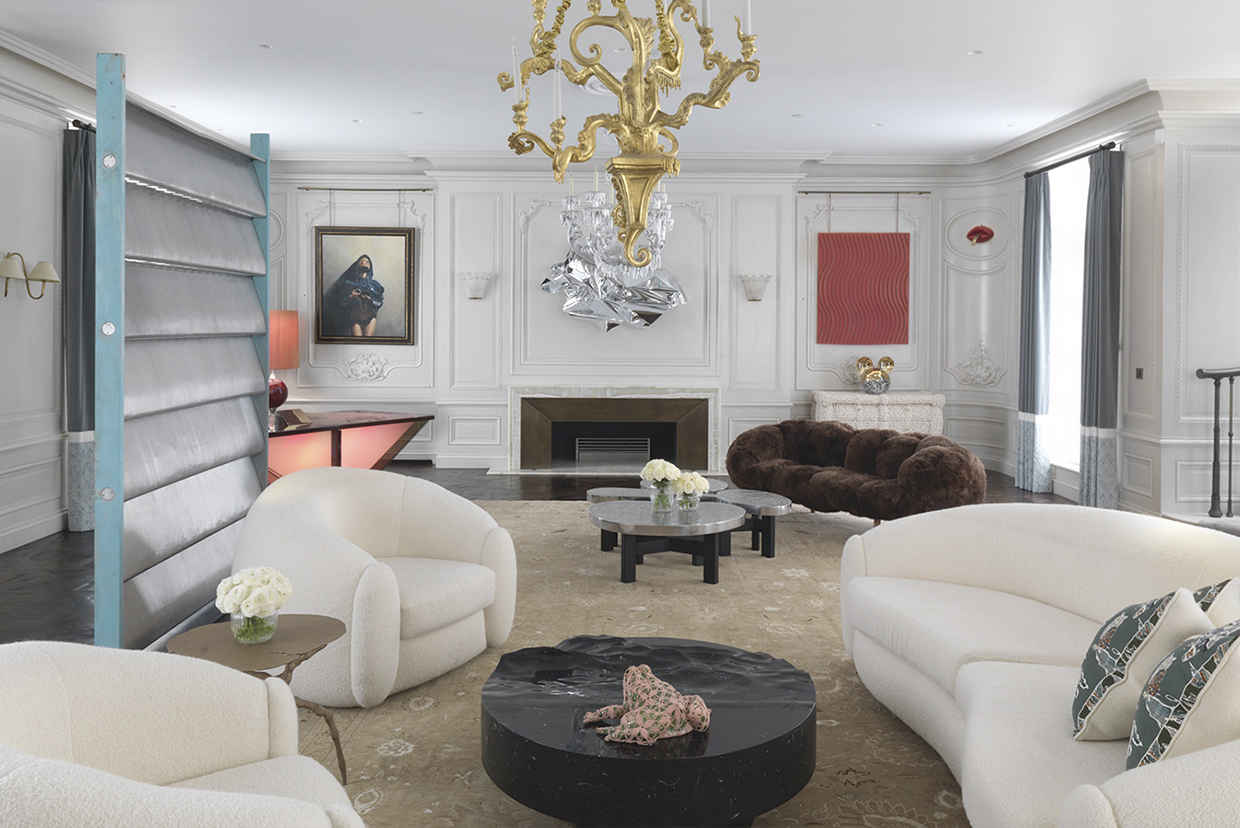 BRIGITTA SPINOCCHIA FREUND placed a fuzzy brown Campana Brothers couch in the reception room of her Notting Hill townhouse, which is screened from the entryway by a JEAN PROUVÉ sun shutter screen. The curving 1950s JEAN ROYÈRE WALL LAMP is from TANGUY ROLIN, and the white sofas and armchairs from GALERIE GLUSTIN. Photo by Julian Abrams 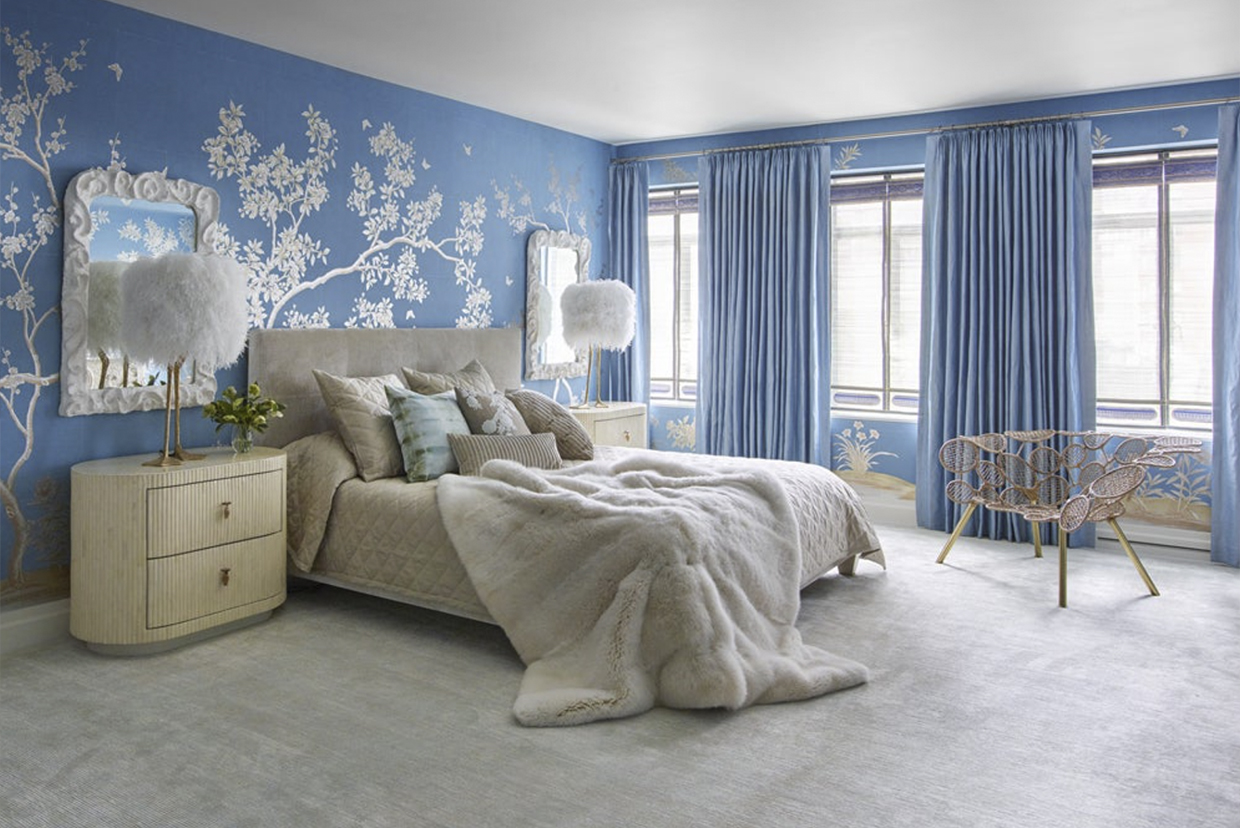 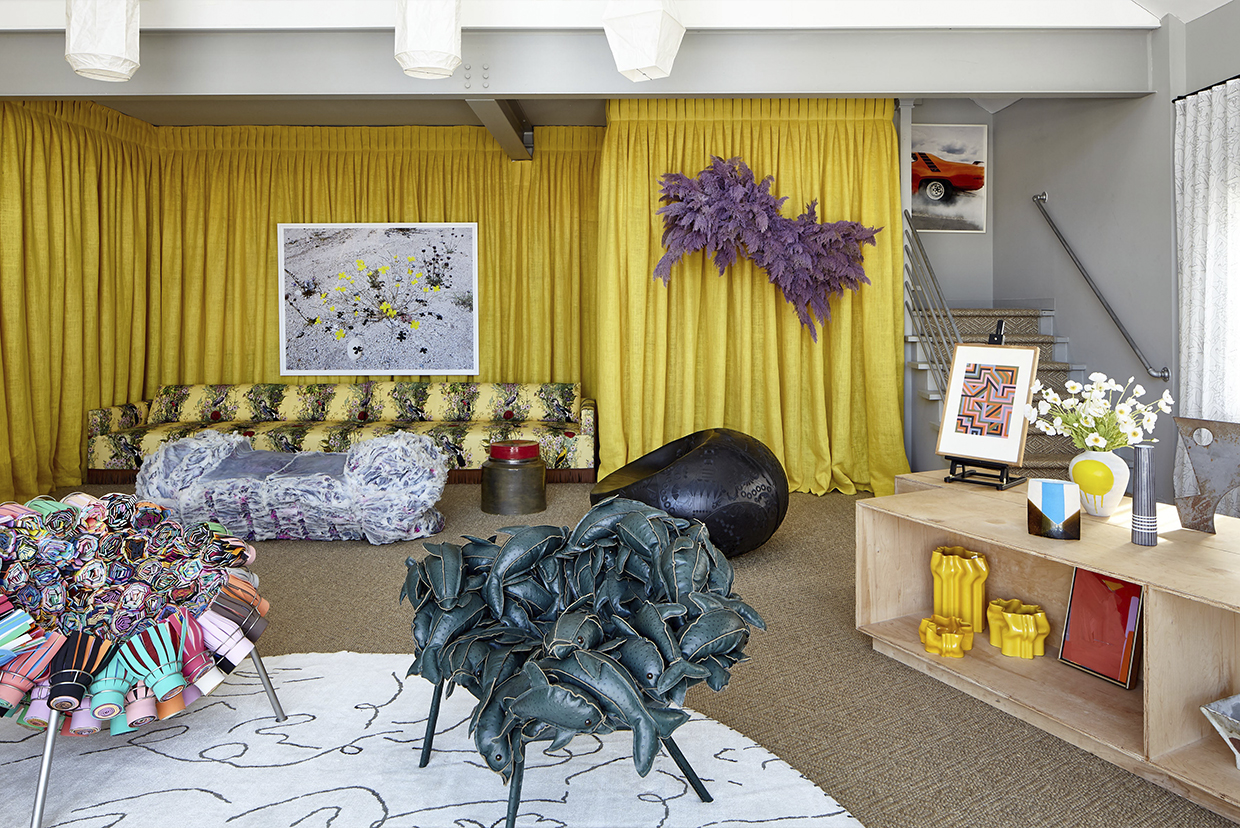 “It’s a green installation, a gift to the city,” Humberto says. They plan to establish a school, free to the public, of vernacular craft traditions, including weaving, embroidery, carpentry and welding. “The idea is to give to others what the universe has given to privileged people like Fernando and me. ”

Meanwhile, despite the serious artistic investigation behind their wide-ranging body of work, the Campanas’ pieces appeal to people with varying degrees of design savvy. It sometimes happens that someone will wander into Friedman Benda’s Chelsea gallery, see a chair made of stuffed toys and assume the work is merely a whimsical novelty. Says Olshin: “I think the Campana Brothers would like that.”

Explore the Campana Brothers on 1stDibs
Shop All