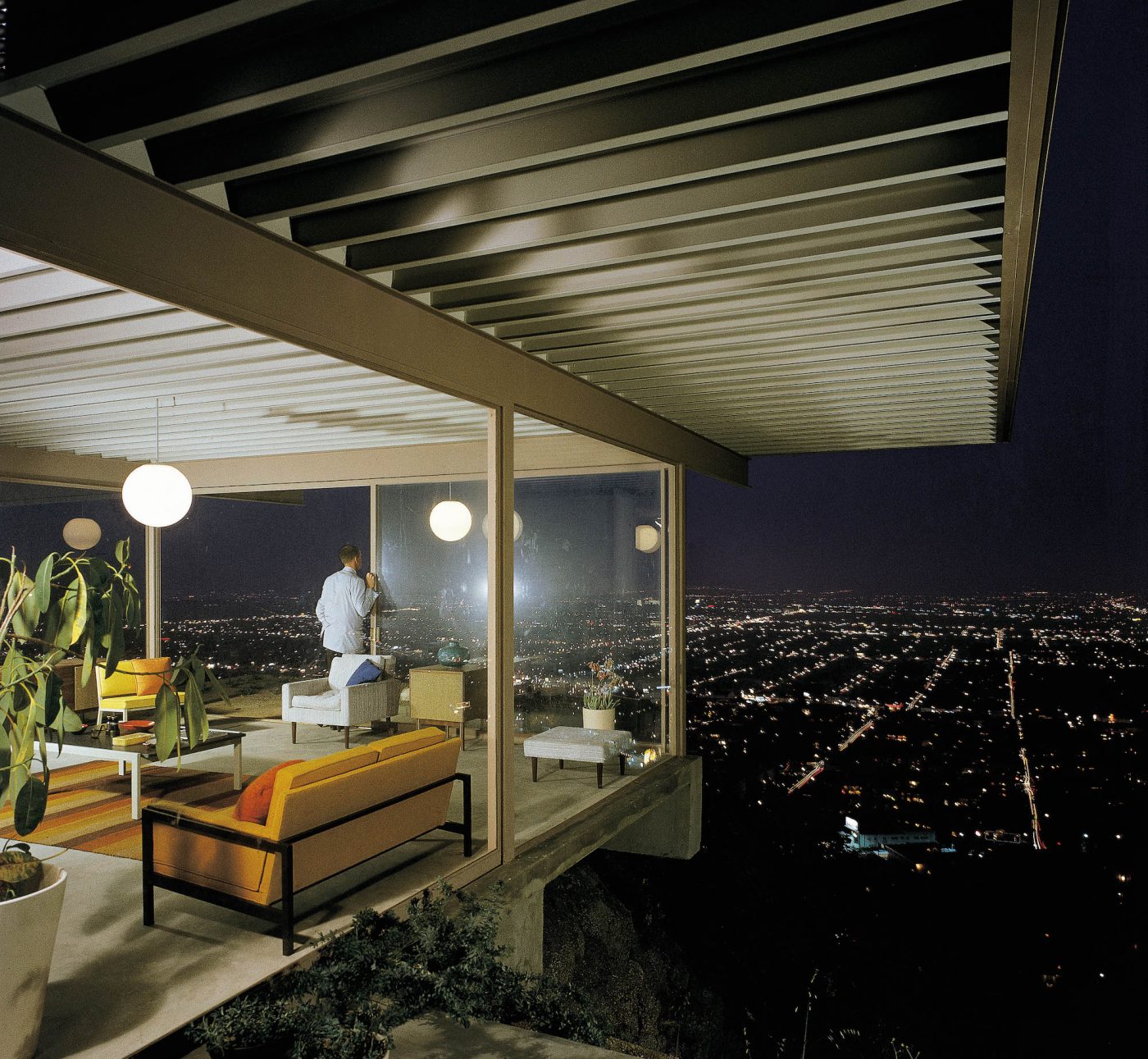 Epitomes of California architecture, these structures brought together famous designers and artists and redefined modernity.

February 20, 2022We’ve all seen Julius Shulman’s memorable photograph of mid-century ease: It’s night, and a man stands in a glass-walled room that is cantilevered out over a glittering carpet of Los Angeles lights. The iconic image is featured in the 40th edition of Case Study Houses: The Complete CSH Program, 1945–1966 (Taschen) by Elizabeth T. Smith. The book chronicles the projects in the famed program, initiated by John Entenza, of Art & Architecture magazine, whose purpose was to build low-cost, experimental homes that would be thoroughly modern and address the housing needs of a booming postwar population.

Shulman, a legendary lensman, shot 15 of the 24 realized plans and penned an epilogue to the book. The CSH homes — designed by the likes of Pierre Koenig, Charles and Ray Eames, Richard Neutra and Whitney R. Smith — are considered a high-point of modernism and the Southern California lifestyle.

For completist readers who want to clock every detail of each home, even the ones that didn’t get built, Smith — an art historian who currently runs the Helen Frankenthaler Foundation — goes beyond glamour shots. Schematics abound, and she provides specifics on engineering feats, like architect Raphael Soriano’s pioneering use of steel framing.

No matter how well you think you know the genre, you’ll discover a surprise, such as the Case Study Apartment buildings in Phoenix by Alfred N. Beadle and Alan N. Dailey, one of which was built and still stands. It’s worth noting the unfinished business in these pages: Some of the homes were never constructed, like two designs by Neutra, from 1946 and ’47. It’s hard not to be wistful about what might have been, although we have the spare splendors of Neutra’s Bailey House (CSH #20) in Pacific Palisades to make up for it.