For Cliff Fong, Style Is In The Mix 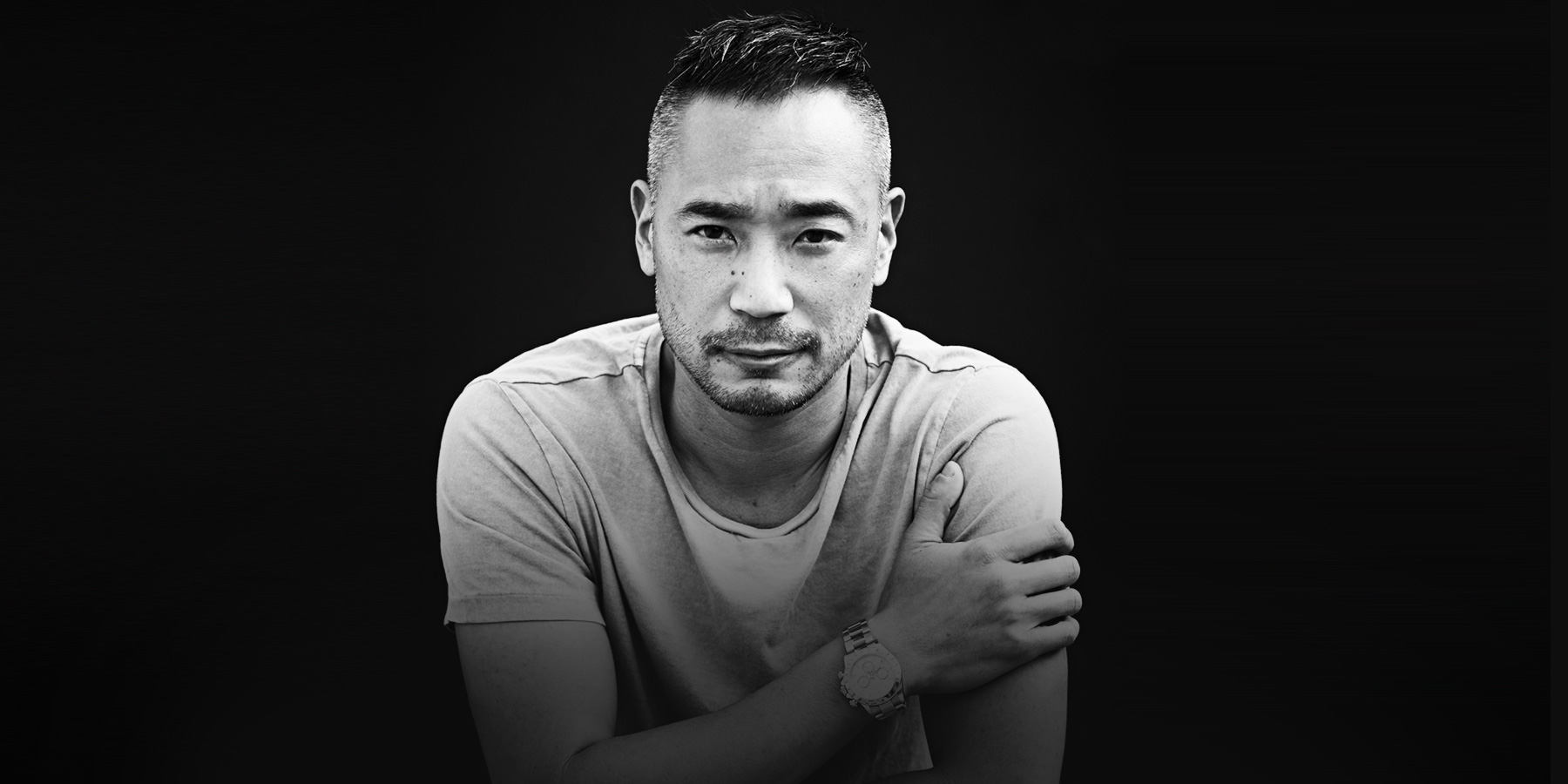 The Los Angeles–based interior designer and antiques dealer brings a relaxed, lived-in and collected look to the homes of his many A-list clients, including consummate house-flipper Ellen DeGeneres. 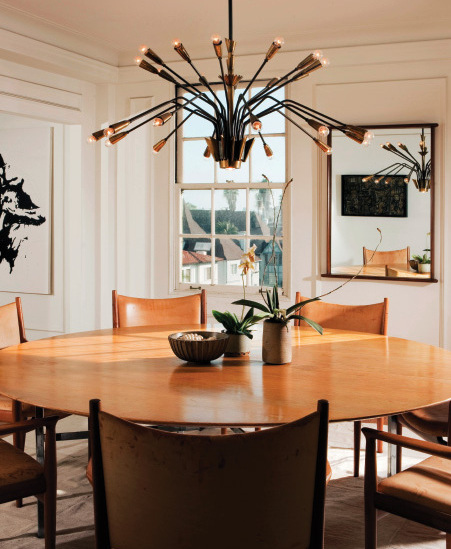 December 2013For his dining room, Fong paired a Florence Knoll dining table with a set of Borge Mogensen chairs. The origin of the brass chandelier is unknown. Photo by Mary Nichols

On his left hand, the one he uses to raise a glass or puff a cigarette, Cliff Fong has a tattoo that reads REMEMBER. “I don’t want to push my limits,” declares the low-key Los Angeles designer with the high-profile client list. “I am not prone to excess.” Indeed not. Fong, the creative director of L.A.’s classic and weathered vintage furniture showroom Galerie Half, may design for, and sell antiques to, Hollywood’s A-list, but his own digs are somewhat more modest. His home is a 3,000-square-foot apartment, with a separate painting studio and roof garden, all in a 1927 French château-style building, but it’s located in L.A.’s not particularly fashionable Koreatown. “I used to live in this building when I was a college student and a hedonistic party monster,” he says, laughing. “There were helicopters shining lights in the windows, and my car got broken into. Now there are people pushing babies and hardly any gunshots.”

Fong is brewing coffee in his kitchen, a space that has not been updated since World War II. “I always think I should re-do it, but its simple humility is not without charm,” he says. “The last thing I’d want is to have it look new. I don’t like making a big design statement.” His dogs, however, apparently do: The American boxer–mix, Heif, wears a Goyard collar, while Great Dane Buck sports Hermès. Now they follow Fong into the dining room, where their “mostly vegan” master has set out nuts and pastries on a Knoll table surrounded by Borge Mogensen chairs. 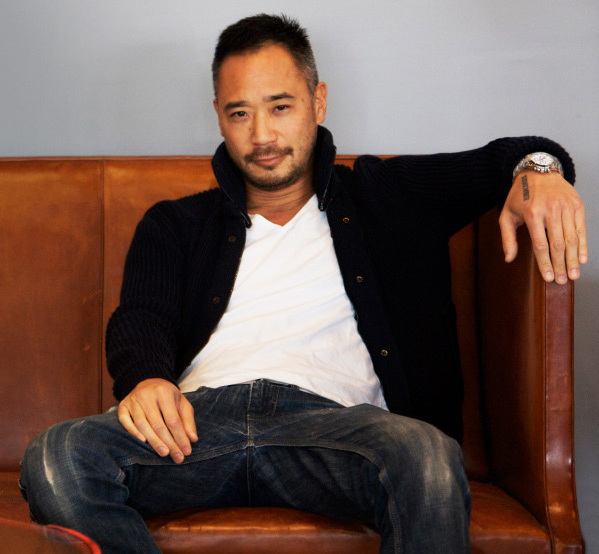 Unpretentious, unpredictable and appealingly timeworn are a few qualities that apply to Fong’s style. Photo by Noelle Thurin

With provocative artworks at every turn, the apartment has the relaxed bohemian vibe of a discerning 43-year-old who is still connected to his formative influences. In the garage, the designer has the same model of Ferrari that Tom Selleck’s Magnum P.I. drove back in the 1980s. On the walls of his apartment, there are black-and-white works by Keith Haring, Raymond Pettibon and Mark Kostabi, plus contemporary pieces, including one titled Dipshit Nation, by Bill Lagattuta, and a pile of bricks by conceptual minimalist William Anastasi.

The warmly neutral rooms have a collector’s sensibility that remains unpretentious, filled with classics of 20th-century design. There are anonymous French club chairs and Japanese stools on well-worn carpets that Fong compares to “a good beat-up pair of jeans.” Pieces of furniture by such mid-century designers as George Nakashima, Jacques Adnet and Mathieu Matégot bear their original patina. “At Galerie Half, we rarely refinish things,” says the designer, who opened the business with antiques dealer Cameron Smith in 2006, when Fong was still working in fashion, where he began his design career (he collaborated with Sandy Dalal). “In fashion and decor, my real interest is in the mix. It takes no imagination to wear one designer head to toe,” says Fong. “That doesn’t express style; it expresses financial freedom.” Fong brings the same sensibility to his home, where his mix of furnishings of diverse periods, provenance and styles is artfully, yet casually arranged. 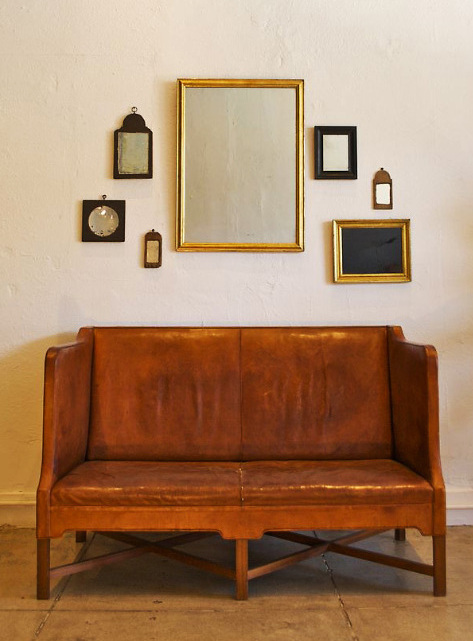 At Galerie Half, a two-seater by Kaare Klint sits below a collection of Swedish and American mirrors. Photo by Shade Degges

He is not one of those designers who use their own residences as a laboratory. “I exorcise my demons at the store,” he says. “I don’t want to move things around at home. That’s not calming.” At Galerie Half, he has free rein, working with African sculpture, 18th-century Swedish furniture, American design from the 19th and 20th centuries and Danish and French modern. “The idea is to celebrate the found object,” he says. “I shy away from things that are ultra contemporary unless they can exist in contrast with something. I’d much rather buy an old piece of furniture than something from a showroom in the Pacific Design Center.”

His aesthetic is formed by both the cerebral and the visceral. “I’ve always recognized the great examples of design in nature: the structure of an orchid, which is very architectural and sculptural; a chambered nautilus; the morphology of fish and insects,” says Fong, a sometime surfer and avid scuba diver. For him, the love of nature, an education in art history and the business of fashion have all converged in his practice.

I’m not a designer in the formal sense. I’m a self-proclaimed one,” he says. “It’s not difficult these days to become an armchair expert, but to become intimate with a subject takes a certain amount of obsession. The things I like are not flights of fancy. Everything in an environment needs to have a purpose, and it can’t be just a decorative one. I don’t have this need to make sure carpets match drapes and a motif is carried through.”

“In fashion and decor, my real interest is in the mix. It takes no imagination to wear one designer head to toe,” says Fong. “That doesn’t express style; it expresses financial freedom.” 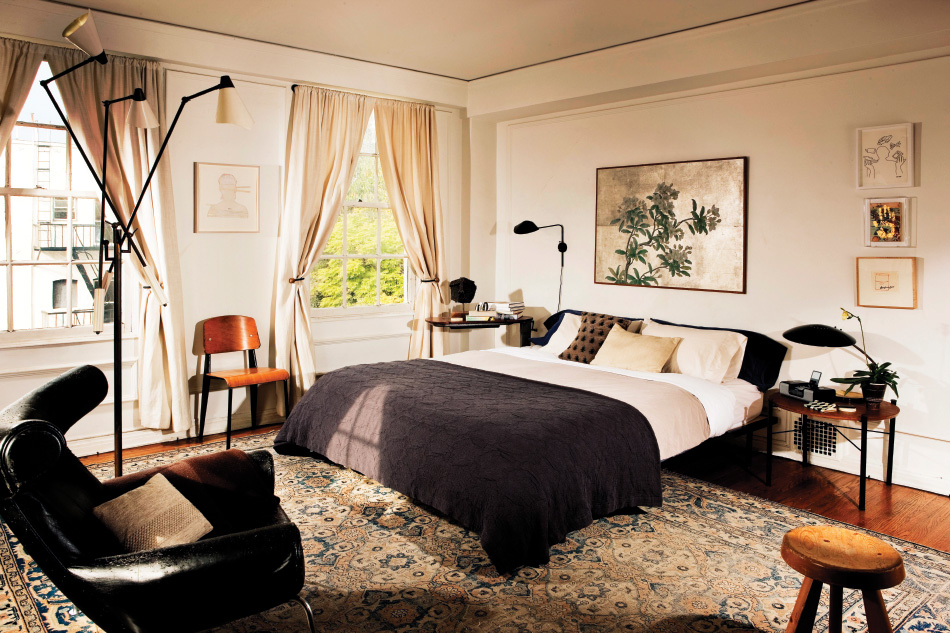 The designer’s own bedroom features a Hans Wegner Ox lounge chair, Jean Prouvé Standard chair and an elliptical side table by Alain Richard illuminated by an Arteluce floor lamp. Photo by Mary Nichols

Fong, the youngest of four children, was born in 1969 in Brooklyn, but raised in Manhattan and upstate New York. “I grew up in a big old wooden Georgian house with two weeping willows that lined the driveway, a gabled roof and a big creepy basement,” he recalls. ”I learned to swim in a lake and fished almost every afternoon.” His father, a dentist, “was a craftsman, and he would buy massive carved-wood pieces mixed with Asian works and my grandmother’s English antiques. No shred of modern whatsoever.” 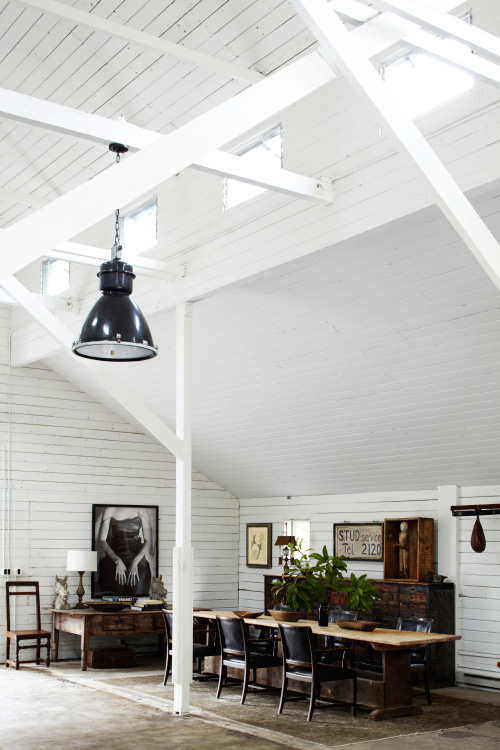 His first awakening to design was a childhood visit to a post-and-beam house in Cape Cod. “I remember sitting in an Eames 670 chair, spinning around and looking out the window, thinking how beautiful and elegant that moment was, how embracing that environment was and how that made me feel. After that, I recognized design everywhere: Eames chairs in a hospital room, a bent-plywood chair in the den of a family friend.” In the early 1980s his family had an apartment in Greenwich Village, and a barely pubescent Fong roamed Soho, hoping, he says, “to run into Grace Jones.” He discovered graffiti and Keith Haring, “which was so much more accessible and sensational than the Miró and Calder art that I loved.” Fong moved to La Jolla, California, in 1998, intending to study marine biology. But he soon drifted into art history classes at California State University and jobs as a salesman and buyer for Fred Segal and Maxfield. On scouting trips to Paris, he’d comb the antiques stalls at the Marché aux Puces, in Clignancourt. “Whenever I had a spare moment, I was buying and learning about furniture.” Fashionable yet affable, Fong developed personal friendships on the job, selling clothes to antiques dealer Joel Chen and Ellen DeGeneres, his most devoted design client.

Fong was living in Malibu when the comedienne asked him to watch her cats and fix up the house while she was on tour. “I bought a Jean Prouvé Standard chair and a Wegner Halyard chair, arranged things, and she came home and loved it,” he says. Unlike many designers who work in L.A., Fong is reticent to trade on his relationships with household names — and his own process is relatively egoless. “I’m not obsessed about making something look like I did it,” he affirms. “I always want to honor the space I am in and not design outside the soul of the house.”