September 19, 2021Growing up, interior designer Penny Francis loved to go to the movies. It wasn’t the story lines, however, or even the movie stars that caught her attention. “I would watch them not because of the content of the film,” she says, “but because I was enamored of the interiors.”

The owner of New Orleans–based design firm Eclectic Home, Francis lists classics like Citizen Kane and Cleopatra as influences, together with a small-screen hit. “I really loved The Beverly Hillbillies!” she reminisces, remarking that the show sparked her obsession with black-and-white flooring. “Remember the foyer?” Francis asks, laughing. Funny though it may be, seeing those graphic tiles was a pivotal moment for the future designer. “That was when I really started to learn about Dorothy Draper,” she says. “I loved what she did. She was so ahead of her time and continues to be timeless.”

The daughter of a contractor and one of six girls, Francis got her start in design as a young adult. Working her way through college with the intention of becoming an art teacher, she began managing projects for a development and construction company, eventually designing a common area for one of its properties.

Not long after, Francis became the firm’s go-to designer, but few people in her life believed it would be part of her long-term plan. “My parents thought this was just a hobby and not something I could make a living at,” she recalls. “But I will say, they’re incredibly proud of how far I’ve come!”

Francis opened Eclectic Home in 1999, and by 2000, she had launched the Eclectic Home furnishings showroom on the city’s historic Oak Street. True to her company’s name, she cites a mix of styles and periods as influences and incorporates in her work everything from Art Deco and mid-century modern design to neoclassicism and Bauhaus principles. The design philosophies these styles embody are clearly reflected in the aesthetics of her favorite furniture designers, who include Thomas Pheasant, Kara Mann, Ray Eames, Vladimir Kagan, Milo Baughman, Eileen Gray, Jean Dunand and Philippe Starck.

Among Francis’s most notable interior design projects is a Sarasota, Florida, penthouse she created for two Bostonians. The snowbirds brought an extensive furniture and art collection to the space. In the living room, Francis used the colors in the main artwork — a piece by South African painter Velaphi Mzimba — as the inspiration for the fabric she selected to reupholster some of the clients’ existing furniture. Color is one of her favorite design tools, she says, calling it “the smallest investment with the greatest amount of return.” 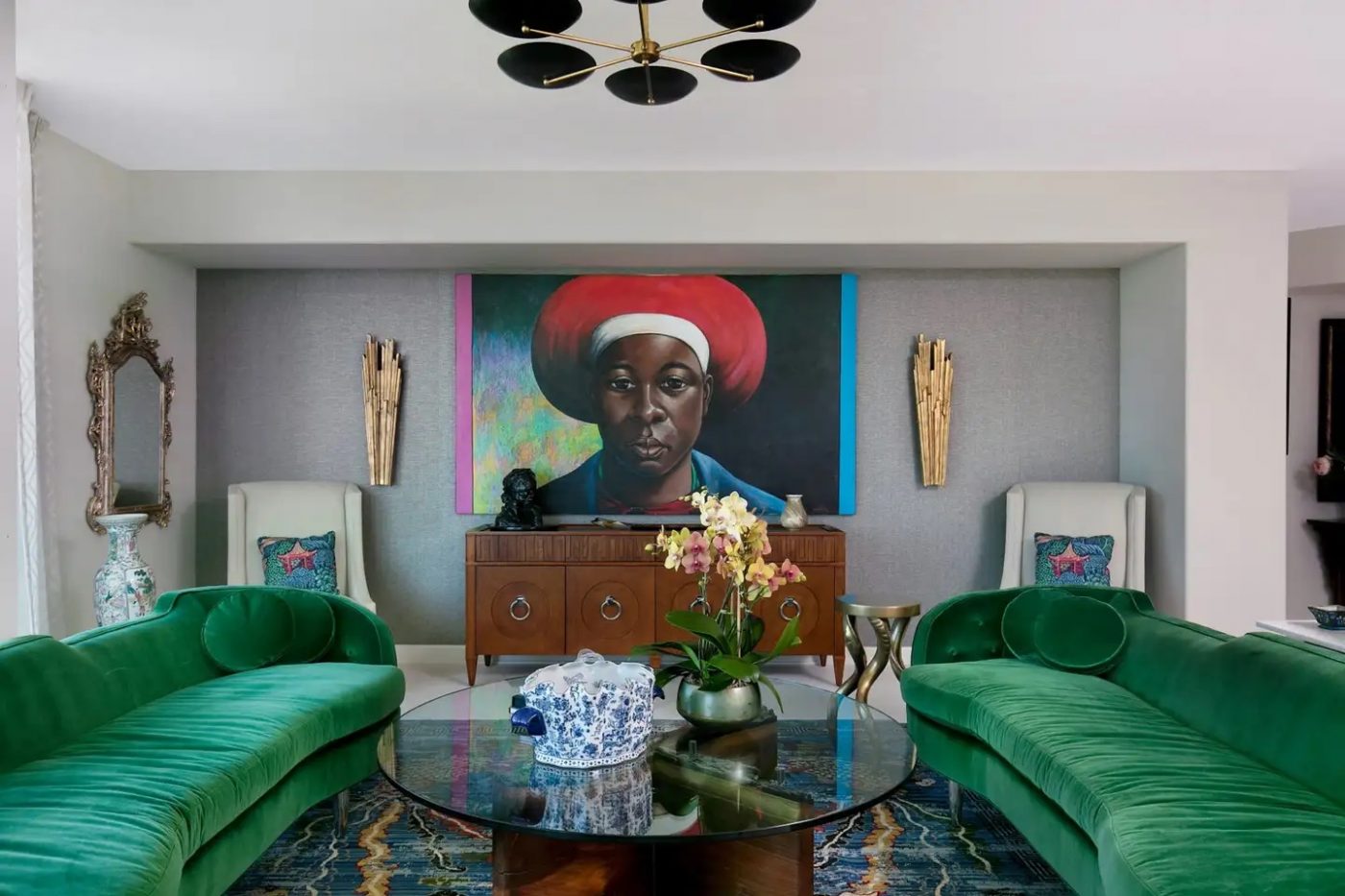 In the living room of a Sarasota, Florida, penthouse, Francis flanked a painting by South African artist Velaphi Mzimba with a pair of vintage bergère chairs. Taking a cue from the work’s jewel-toned palette, she recovered the clients’ Century sofas in emerald-green velvet from Kravet. She also kept the couple’s custom glass-top coffee table, which allowed a clear view of the colorful Nourison rug. Photo by Ryan Gamma

The designer warmed up the cooly sophisticated neutral color scheme of a bachelor abode in the Algiers neighborhood of New Orleans with soft metallic touches, like the Arteriors pendants, the vintage floor lamp and the Kelly Wearstler for the Rug Company carpet. The Milo Baughman for Thayer Coggin sofa surrounds a coffee table by Theodore Alexander. Photo by Sara Essex Bradley

Comfort is key in the living room of this family home in Uptown New Orleans, where an Eames lounge chair and ottoman in black leather and a plush custom sofa sit on a sumptuous vintage Turkish rug. Photo by Sara Essex Bradley

Pulling the green out of the painting, she covered the Art Deco–style Century sofas in a kelly green velvet from Kravet, pairing them with a bespoke wood-and-glass coffee table. Part of the owners’ original collection, the piece served a dual purpose: “The scale, warmth and architecture of the base were the perfect addition,” she explains, while the glass top “allowed the pattern of the Nourison rug to be appreciated.”

She placed two stately vintage bergère chairs at one end of the room and, at the other, hung a pair of wood sconces from Visual Comfort against a subtle but grounding Phillip Jeffries wallcovering. “What ties it all together are layers of color and pattern, from the rug to the accent chairs,” she notes.

For another project, in New Orleans, Francis’s client — a bachelor with a love of modern furnishings — had only two requests. “He said, ‘Don’t make me work hard, and give me a little bit of gray!’ ” she recalls. Francis honored both asks, fulfilling the second by covering a Milo Baughman circle sectional from Thayer Coggin in a gray bouclé. Anchoring the space is a carpet from the Rug Company with an abstract geometric pattern that offers a counterpoint to the sofa’s shapely curves. “It’s a Kelly Wearstler design that has this gold in it,” Francis says, “so we introduced golds, blues and grays into that space.”

Francis herself designed the fireplace. “The stacked stone is marble, and the built-in cabinets on the left and right are custom made,” she says. Using a metallic Phillip Jeffries grasscloth on the back wall, she completed the room with pendants from Arteriors. The overall effect is relaxed and sexy, like a modern, elegant version of a mid-century conversation pit.

Francis feels her role requires this balance of listening and experience. It’s an approach that shines through in every room she touches. “A good designer,” she says, “should be able to create something that speaks to the clients’ personalities but have them think of things they would never have thought of on their own.” 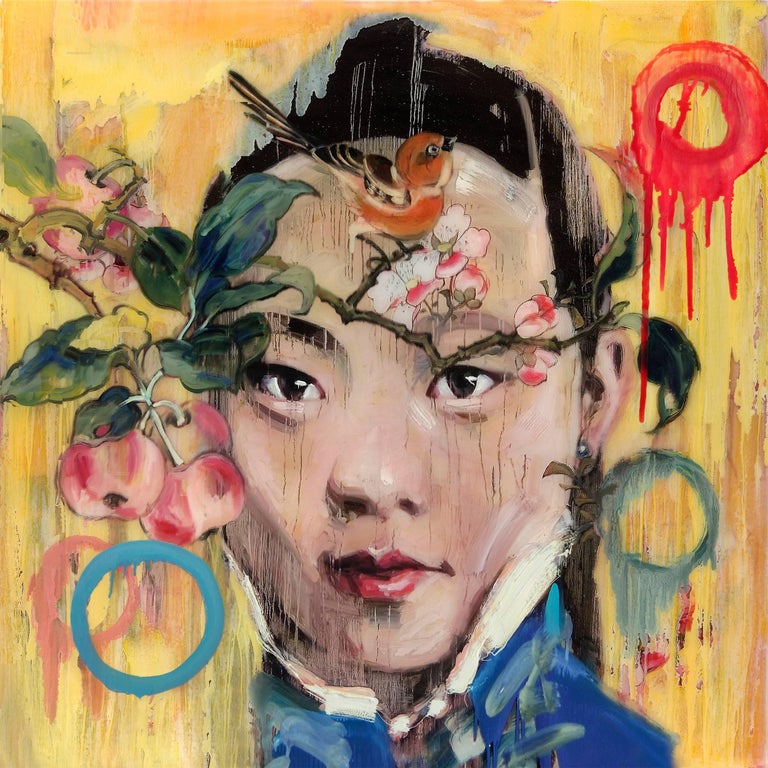 “The mix of contemporary abstracts on this portrait makes it a beautiful, powerful, complex image.” 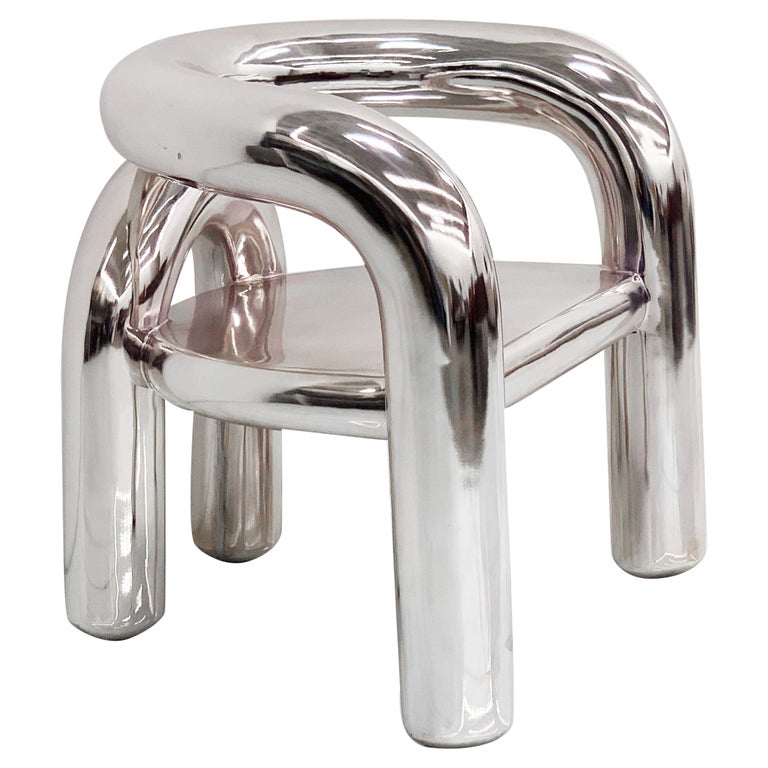 “Every room needs an unexpected piece that will create conversation, and this chair fits the bill. The design and finish are showstopping.”

“This rare pair of nineteen-seventies leather sofas, which are also adjustable, can stand strong together or alone.” 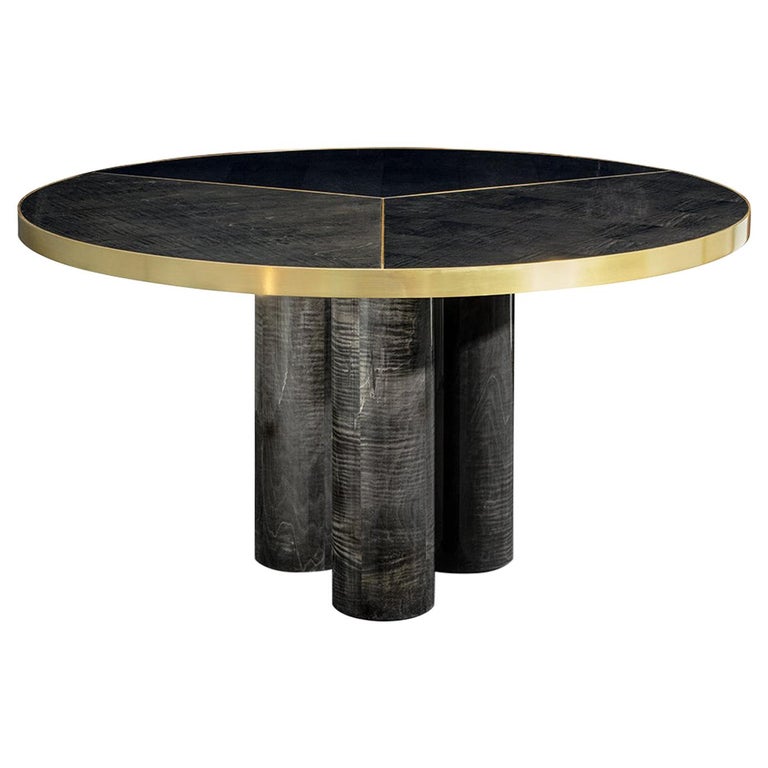 “Art Deco is one of my favorite periods. This Deco-inspired dining table, trimmed in brass with a high-gloss finish, would be perfect paired with contrasting dining chairs.” 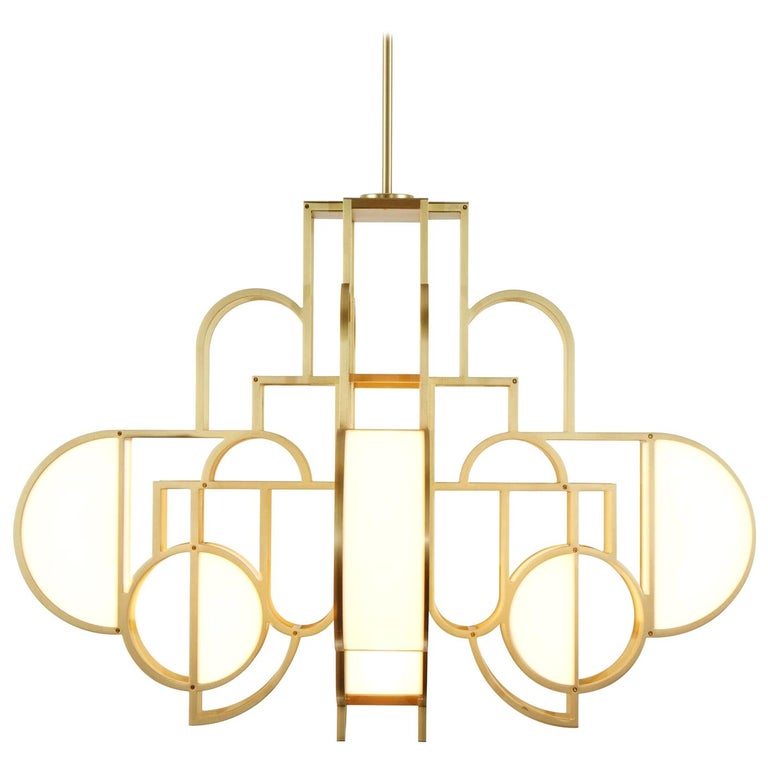 “Lighting is the jewelry in a space, and this amazing fixture resembles a pair of fine earrings.” 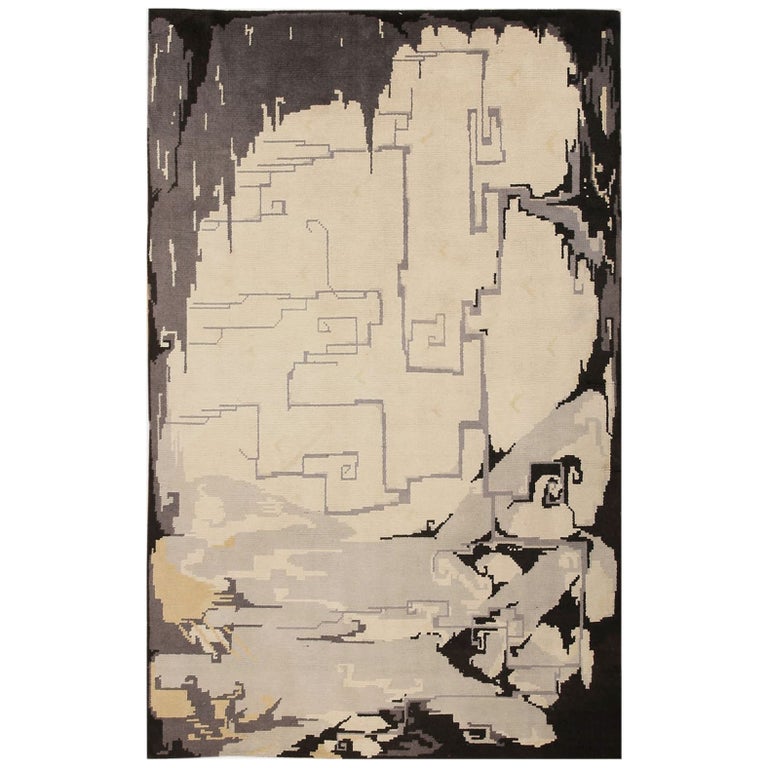 “Everything from the color to the design and scale of this rug makes it a work of art.” 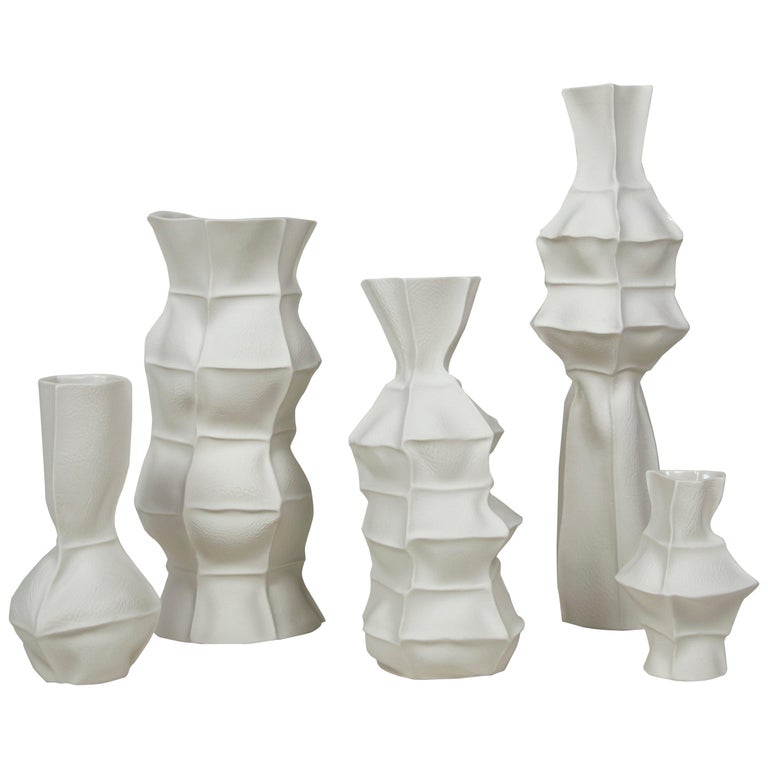 “I love the scale and texture of these vases — incredible as a composition together or styled individually.” 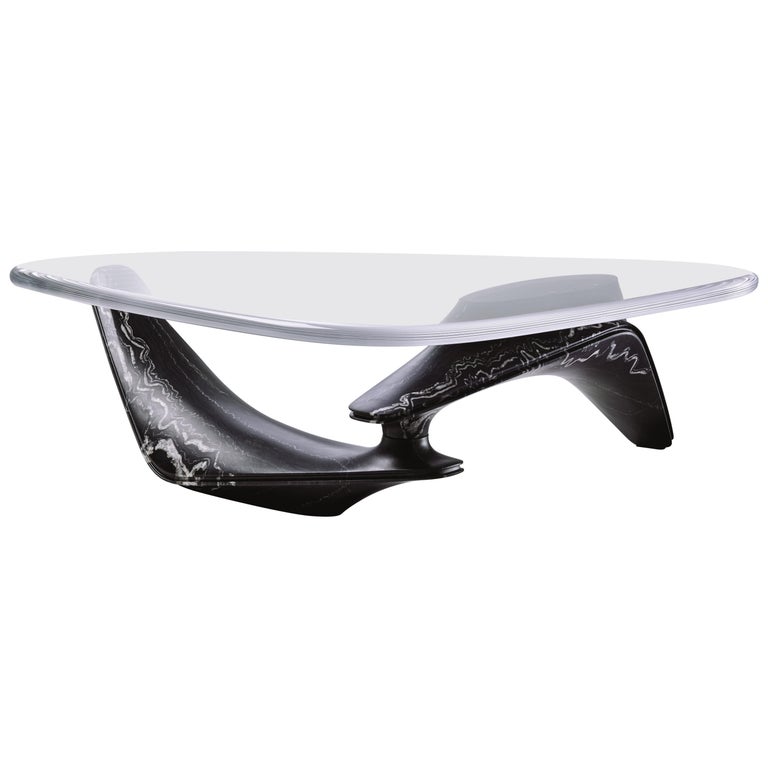 “This table left me speechless. It pays homage to the iconic Isamu Noguchi table. Carved in Nero Marquina marble, this is not just a table, it’s a sculpture.”