By Going Back to Basics, Faye Toogood Takes a Huge Leap Forward in Contemporary Furniture Design 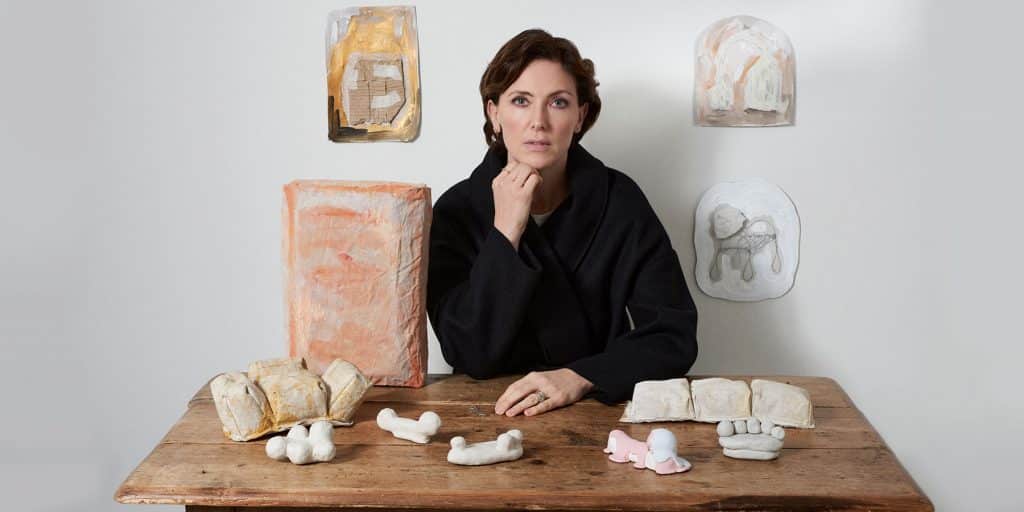 The British creative talent has turned a series of maquettes into covetable, life-size pieces that retain the delightfully handcrafted quality of the originals.

October 11, 2020Despite having a successful business spanning fashion, furniture and interiors, British designer Faye Toogood decided in 2017 that she needed to find a new creative language. Shortly after giving birth to twins, she spent nearly 12 months creating furniture maquettes with whatever materials were available in her East London studio.

“I went back to basics, using card, paper, wire, Scotch tape and brown tape. I realized I was trying to lock out all the influences and references going on in my head and form my own A to Z,” she tells 1stDibs via WhatsApp video from her home in Hampshire, an hour’s train ride southwest of London. “By the end of that year, I’d made hundreds of maquettes. It became a bit obsessive actually.”

The fruit of that endeavor was showcased in her exhibition “Faye Toogood Assemblage 6: Unlearning,” at Friedman Benda in New York in the fall of 2020. The pieces represented a break with her previous collections, which have included variations on her iconic chunky-legged Roly Poly chair and her Elemental table incorporating geometric shapes. The newer furnishings were scaled-up versions of her maquettes, faithfully retaining their fragile appearance in a feat of trompe l’oeil.

In place of masking tape, cardboard and wire, the works were produced in durable materials like bronze, steel and cast aluminum. The point, she explains, was “to keep the essence of the idea, preserving that moment of creation and all the vulnerability of the maquette and the naivety of that first touch.”

The show was full of surprises and humor. The Box stool, for instance, resembled a rumpled, torn cardboard box patched together with brown tape but was in fact made of hand-painted bronze. “There’s a joke there that I personally find funny,” Toogood says. Similarly, her Wire & Card chair may have looked like it’s fashioned from a coat hanger, but an ironworker painstakingly curled every piece of metal to replicate the maquette.

Other virtuosic pieces include a six-foot-tall floor lamp apparently made of white masking tape; the Paper chair, made from cast aluminum; and a cement-composite sofa resembling a giant’s pudgy foot, precisely evoking the feel of the original clay model. The maquettes were displayed on a shelf running the length of the room alongside the larger pieces, which questioned the boundaries between furniture and sculpture.

Exposing the creative process is unconventional, but Toogood has always been an anomaly in the design world. After a childhood spent running free in the English countryside with nature as her playground, she studied art history at the University of Bristol rather than attend art school.

Toogood later worked as an editor at World of Interiors magazine. The experience instilled in her a nonhierarchical appreciation of materials and good design, she says, whether that was “a hut in Mali, an eighteenth-century teapot or a squat in Brooklyn.”

While working at the magazine, she met her husband Matt Gibberd — cofounder of the British design-led real estate agency the Modern House — with whom she has three children. The couple swapped London living for a large country house near the historic town of Winchester, a move that Toogood says has been transformative, allowing the kids to spend all their time in the garden.

“Now, I find myself returning to a rural existence, and I can see my work getting more sculptural,” she notes.

Toogood’s design approach is underpinned by contrast and informed by art history, particularly the mid-20th-century modernism of such British artists as Barbara Hepworth and Alfred Wallis. “For me, it is about playing around with references and our associations, be that with materials or the precious and the raw, the masculine and the feminine,” she explains. “I’m able to use those contrasts to create friction.”

For the Unlearning collection, Toogood drew inspiration from Claes Oldenburg’s oversize replicas of everyday objects and Gavin Turk’s realistic garbage bags made in bronze. Translating the maquette materials into the ones used in the finished products was a process of trial and error.

A Scotch tape stand-in proved elusive. “I have maquettes that are beautiful and ethereal using Scotch tape and wire, but I cannot get anything that looks as close and as delicate. I’ve tried resin and glass with various manufacturers, and they looked too clunky,” Toogood says.

On the other hand, the contemporary furniture designer has been “blown away” by how successfully a tapestry company reproduced in a series of seven intriguing wool and cotton tapestries her two-dimensional collages of found materials like paper, cardboard, tape and canvas.

“I’m dumbfounded by how three-dimensional they’ve managed to make those two-D wall hangings look,” she says. “With the Parcel Tape console, the way they’ve created the brown tape into tiny pixels of stitch, it literally jumps off the wall.”

The unanticipated success of the wall hangings has given Toogood the confidence to explore textiles further under her own brand; previously, she avoided the decorative arts, finding them too gendered.

“There was a time I was making very hard, angular, assertive work using steel and welding and security mesh, trying to assert myself in a very male-dominated environment, so I took the decorative arts off the table,” she notes. “Now that I’m letting these decorative-arts processes into my practice, I’m really enjoying it.”

These illusionary pieces are beautifully textured and crafted. But what about comfort? “Hands down, comfort has never been part of my agenda,” Toogood admits. “And anyone critiquing my work, including my husband, would also make that comment. The way I view it, the great Alexander McQueen would make those incredible shoes that you couldn’t really walk in but that would influence what’s on the high street. It’s necessary from a creative evolution point of view.”

So her impressive Box bench and cement-composite sofas may not be cozy to sit on, but they feed into her commercial work in varying ways. “One of the things I’m very excited about is that I’ve got hundreds of maquettes in my studio, so I feel like I’ve got at least five to ten years’ worth of work to do. It’s like a library,” she says. Unlearning has rarely felt so productive.

Toogood has always titled her collections “assemblages.” This reflects what she calls the “fraud-in-the-room syndrome” — her sense that she simply reassembled existing shapes and geometries instead of designing something novel. When it’s suggested that perhaps it’s time to accept her own creativity, she laughs in assent. “For the first time, I feel that everything is completely new. Maybe there needs to be a new title.” 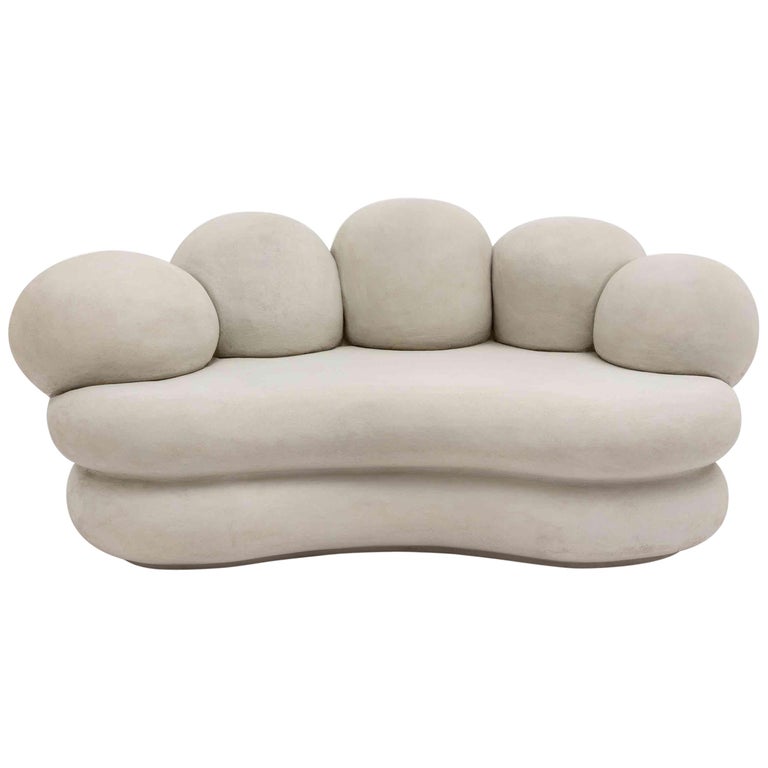 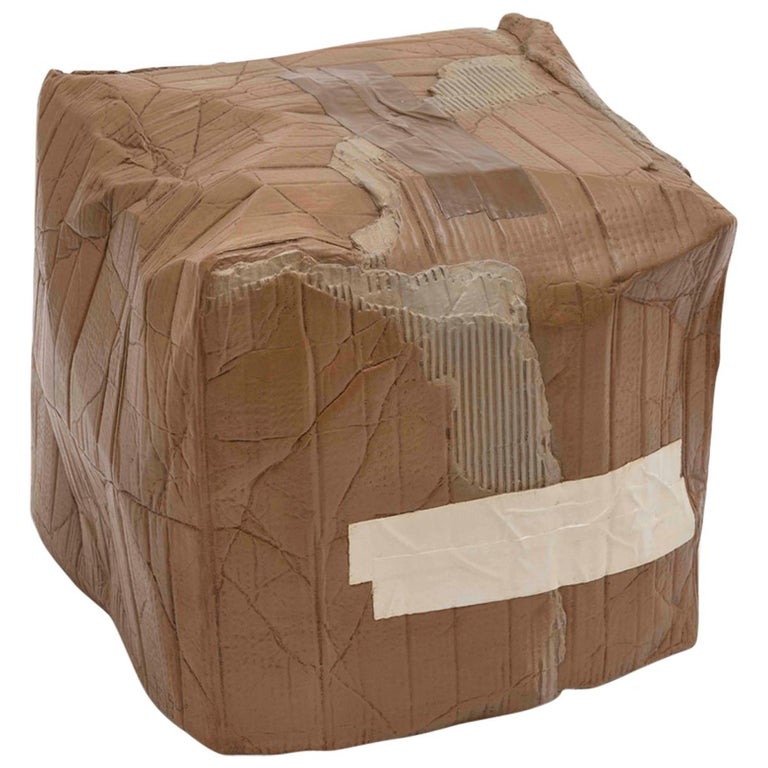 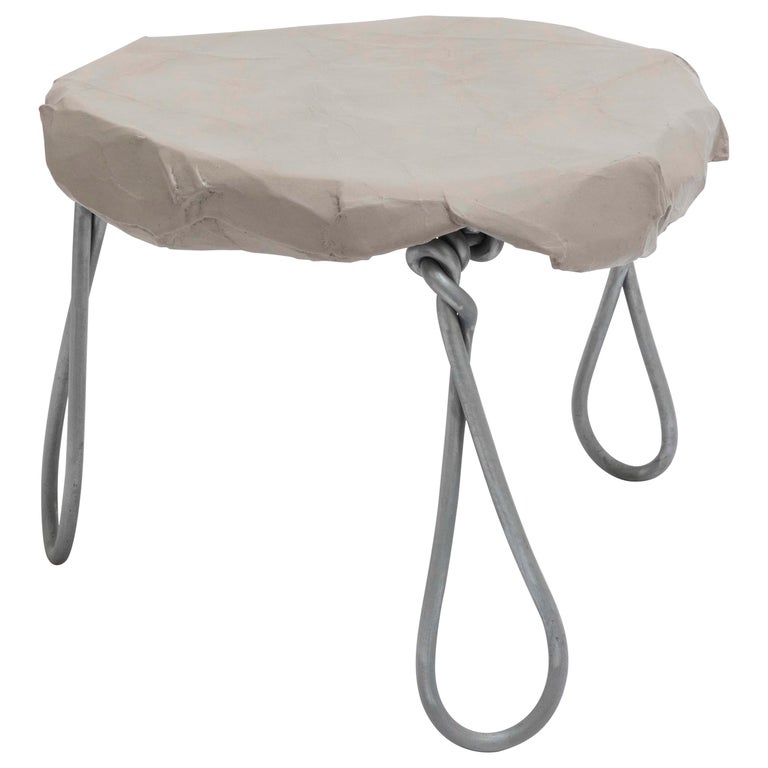 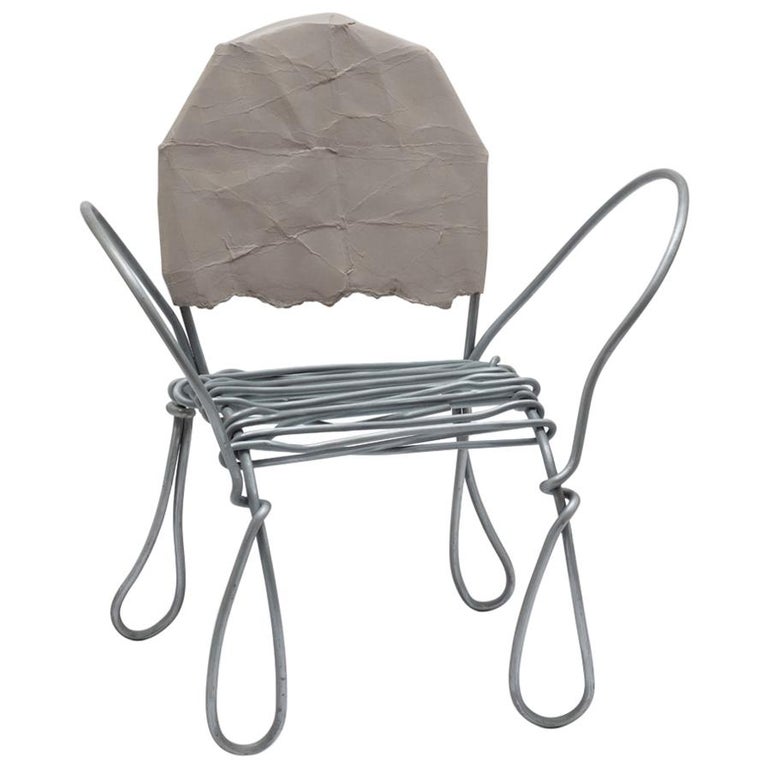 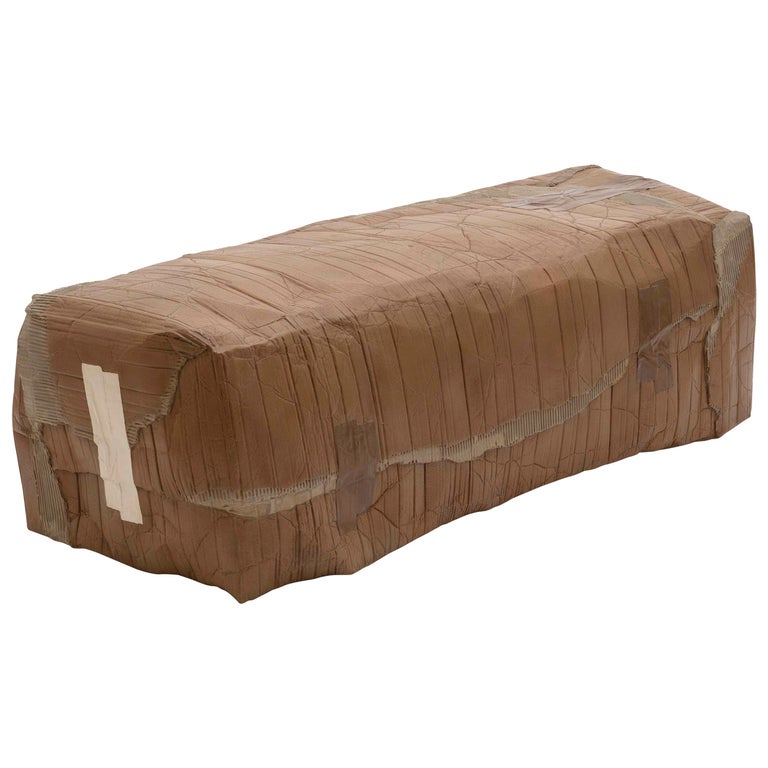 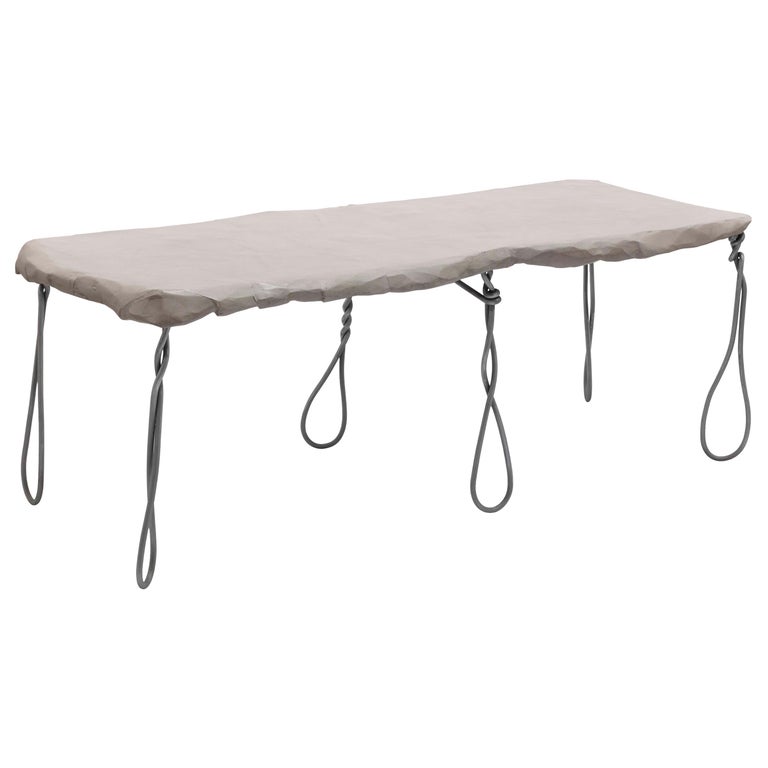 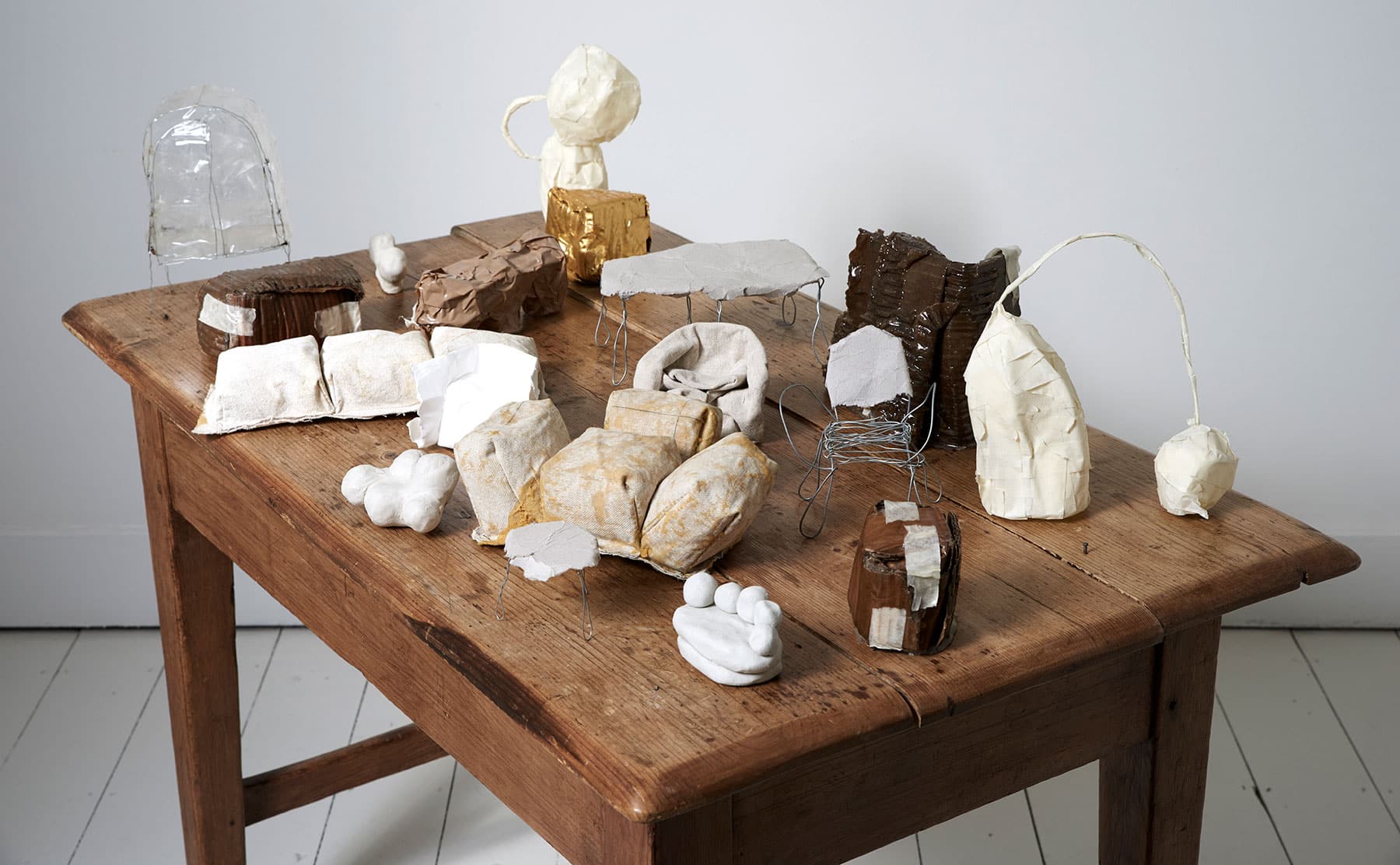 Browse More Work by Faye Toogood on 1stDibs
Shop All