Why Unconventional Ceramics Are Alluring Collectors and Curators Alike 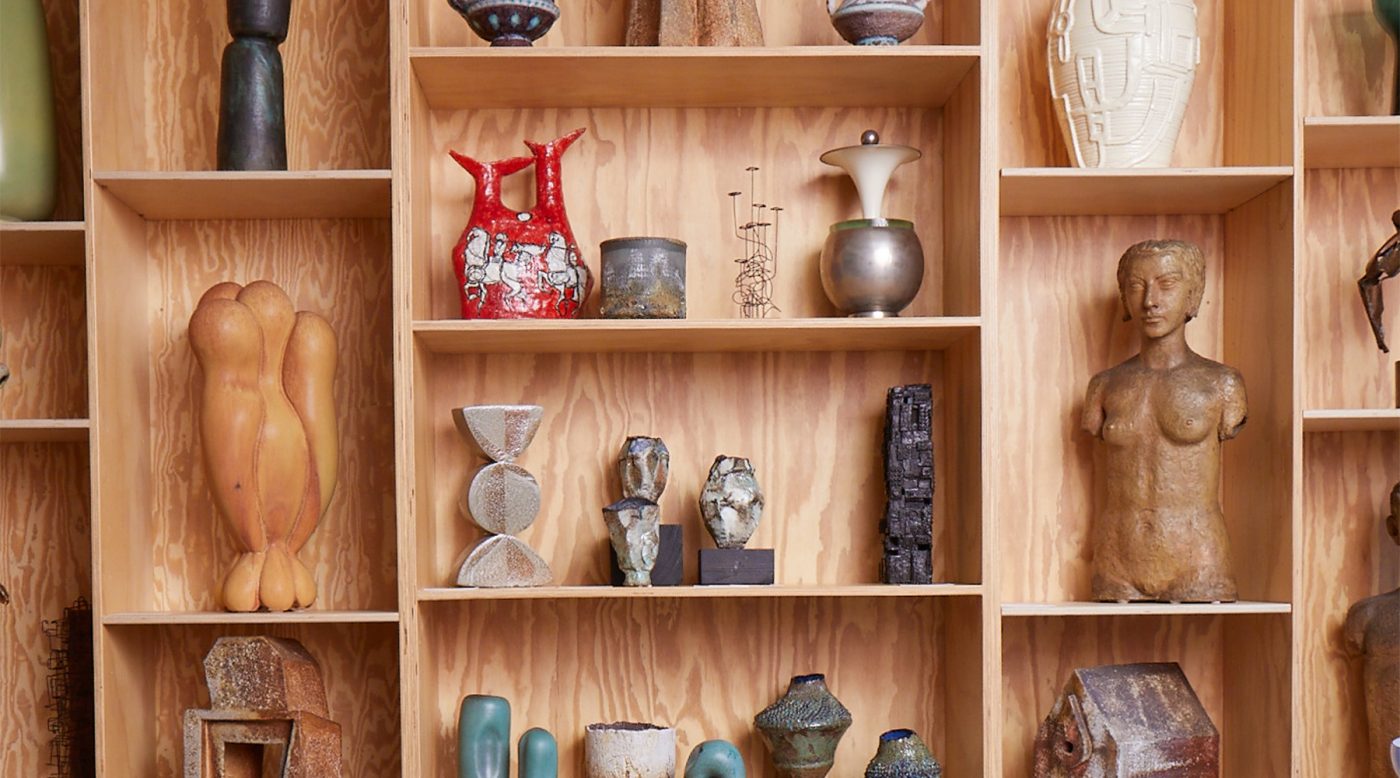 Works by Chris Gustin, Babs Haenen and Peter Voulkos — among many others — are having a moment.

August 29, 2021A few decades back, collecting ceramics — generally defined as objects made of clay and hardened by heat — might have meant acquiring Chinese ginger jars or Staffordshire spaniels. More recently, the excitement was around mid-century Scandinavian ceramics, particularly those by Axel Salto, a giant in the field whose work is still very much in demand.

Most ceramists throughout history have produced vases, jugs, bowls or some other version of vessel. One exception was the rock-star American potter Peter Voulkos, whose hand-built pieces from the mid to late 1900s have an Abstract Expressionist quality. A few other practitioners have been in the vanguard of ceramics-as-sculpture over the years, but for the most part, the full artistic possibilities of the medium remained unexplored.

That is now changing, and collecting trends are likely to change as well. Today’s most forward-thinking collectors are seeking out nonmainstream works, like those exhibited this year at the Metropolitan Museum of Art in New York. Closing August 29, “Shapes from Out of Nowhere: Ceramics from the Robert A. Ellison Jr. Collection” celebrates a recent gift of 125 modern and contemporary ceramics that chart the evolution of abstraction in clay — mostly hand-built pieces that evince the boundless experimentation the medium allows.

“Clay is very versatile, and the objects show a real breadth of expression — some coming out of ceramic traditions but many eschewing all associations with historical precedents,” says Adrienne Spinozzi, a curator in the museum’s American Wing who selected the pieces for the show. “The potter’s wheel is just one tool. Many artists are using hand-building techniques, creating new forms and a different language.”

A number of the artists represented by the 80 objects in the Met show are well-known, including Salto, Voulkos, Robert Arneson, Kathy Butterly and Syd Carpenter. But even New York Times art critic Roberta Smith, who called the exhibition “robust and riveting,” admitted in her review that she hadn’t known half the names of the artists who crafted the mostly nonrepresentational forms.

Another place showing work by a virtuosic contemporary ceramist this summer was Midtown Manhattan’s 4,500-square-foot Donzella gallery, which hosted Chris Gustin: Clouds & Vessels through mid-July. A distinguished professor of ceramics who had been absent from the gallery scene for the past decade, the Massachusetts-based Gustin creates sensuously shaped, remarkably glazed wood-fired pieces, including vases, bowls, chargers and sculptures. (A pink 1990 teapot of his is also in the Met exhibit.)

Clouds & Vessels was the first solo show that Paul Donzella — known for vintage Italian furnishings and lighting — has given to a ceramic artist. When he first saw Gustin’s work, Donzella recalls, “I was instantly blown away. You could see he was working at this advanced level.”

Wood firing is difficult, the gallerist explains, with ash and embers floating through the kiln and causing unplanned chemical reactions on the surfaces. “Sometimes they’re happy accidents, and sometimes they’re not,” he says. “Chris’s forms are so beautiful, his scale so impressive, and everything on the surface seems completely intentional.”

New York–based interior designer Damon Liss is a great fan of Gustin’s work. He acquired some of the artist’s sculptural platters, each more than two feet in diameter, for an East Hampton client’s home, displaying them as sculptures flanking a minimalist fireplace.

“I bought them out of Donzella’s crates before he had even shown them,” Liss says. “They felt unique and new, these giant plates at incredible scale, with spectacular depth of color. These had a glaze of blue, green and sand, with a great natural, beachy energy to them.”

The New York and L.A. gallery Hostler Burrows has long championed ceramic sculpture. In the 1990s, it sold budding collector Robert A. Ellison Jr. a craggy, yellow-green 1945 Salto piece, which is a centerpiece of the Met show. (Ellison, a lifelong collector of contemporary ceramics whose donations of more than 600 pieces to the museum transformed its modest collection into a formidable one, died in New York last month at 89.)

Today, Hostler Burrows represents more than a dozen ceramic artists. “Very few artists we’re working with are working on a wheel,” says Juliet Burrows. “It’s hard for me to think of anyone who’s throwing.”

The gallery’s roster includes the well-established Babs Haenen, of the Netherlands, who is also represented in the Met’s show, and a number of Scandinavian women ceramists, now in their 60s and 70s, who traveled to California as young artists and were influenced by Voulkos and his radical ilk.

“They took home these new, heretical ideas,” Burrows says, “and kept pushing, investigating, going deep in the process. What you see now is incredible engineering-wise and in terms of glazes.” Hostler Burrows plans to start its fall season with a solo show of work by Australian ceramist Donna Green, whose undulating bulbous pieces seem to test the material’s limits. “She almost gets inside” her objects, the gallerist says, “poking and pressing and creating all this texture and wonderful movement.”

Many dealers and designers have noted a surge in decorating with ceramic works. “People are interested in the uniqueness of them, their texture and form, the idea that they are crafted by hand,” says New York City–based interior designer David Scott, who recently used large-scale orb-like sculptural pieces by American artist PAMELA SUNDAY “with gorgeous metallic glazes and fabulous spears” on the floor of a Hamptons living room.

He also placed a work by Haenen resembling a Chinese mountain range on a console in a Midtown Manhattan entry hall and chose an enormous anthropomorphic piece by Kristina Riska and a whimsical dog by Jasmin Anoschkin, both Finnish, to anchor a Kips Bay showhouse room. (He selected the last two specifically to promote women ceramists, whose work he believes is generally undervalued.)

Liss, for his part, accessorizes almost all his projects with ceramic wares, recently installing pieces by David Haskell, Dena Zemsky and Roseanne Sniderman — contemporary American ceramists all — in a Soho loft and striking black-and-white vessels by the young Dane Lone Skov Madsen in a Hamptons beach house.

New York interior designer Robert Stilin points to the potential functionality of ceramics. He likes to display them but also use them “on bedside tables, end tables, coffee tables and consoles — to hold keys or candy, or to serve as a saucer for a bottle of water.”

Stilin mixes ceramic pieces into the sophisticated multilayered interiors he designs for his clients, often combining them with decorative objects made of bronze, silver or other materials. Case in point: a tabletop arrangement in a Manhattan apartment that features grainy monochromatic works by contemporary artist Carlos Otero that are influenced by Brutalism and the Bauhaus.

A longtime collector, Stilin is bullish on the mid-20th-century output of makers in the Provençal town of Vallauris, who, he says, “continue to get more popular and collectible.”

Cristina Grajales, of the eponymous Chelsea gallery, has also noticed an explosion of interest in clay-based work. “Everyone is suddenly very curious about ceramics,” she says. Her gallery represents intriguing artists like Shelter Island–based James Salaiz, whose forms are inspired by sources as varied as African huts, birds of prey and Antoni Gaudí; and the architect couple Ronald Rael and Virginia San Fratello, who dig their own clay in the American Southwest and combine ancient techniques with 3D-printing technology to craft their finely wrought pieces.

In Grajales’s view, this new enthusiasm is directly connected to the recent pandemic. “People needed to go back to basics, tangible things that give a feeling of security,” she observes. “And what can be more basic than taking in your hands something created from a piece of earth?”

Explore More by these Ceramicists on 1stDibs 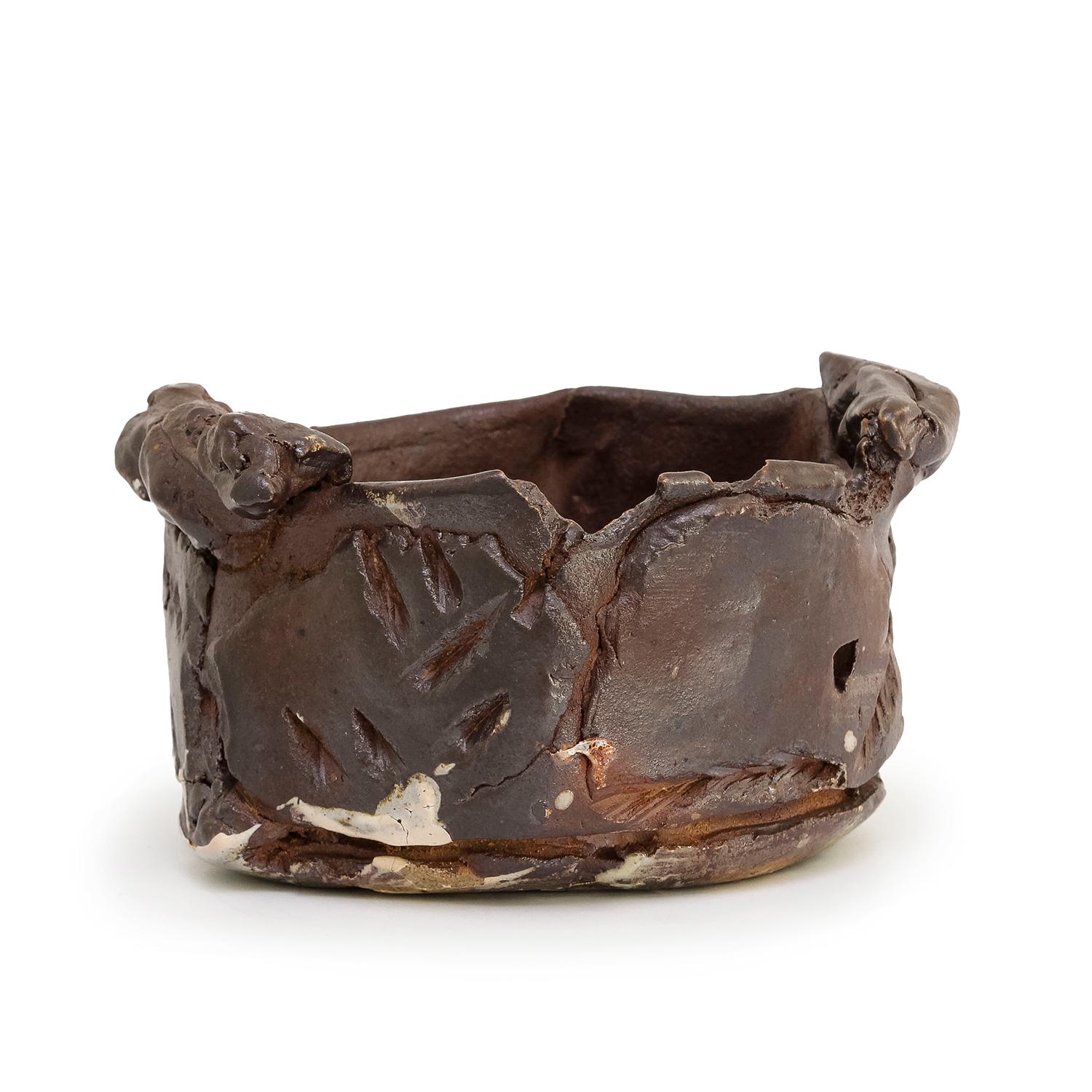 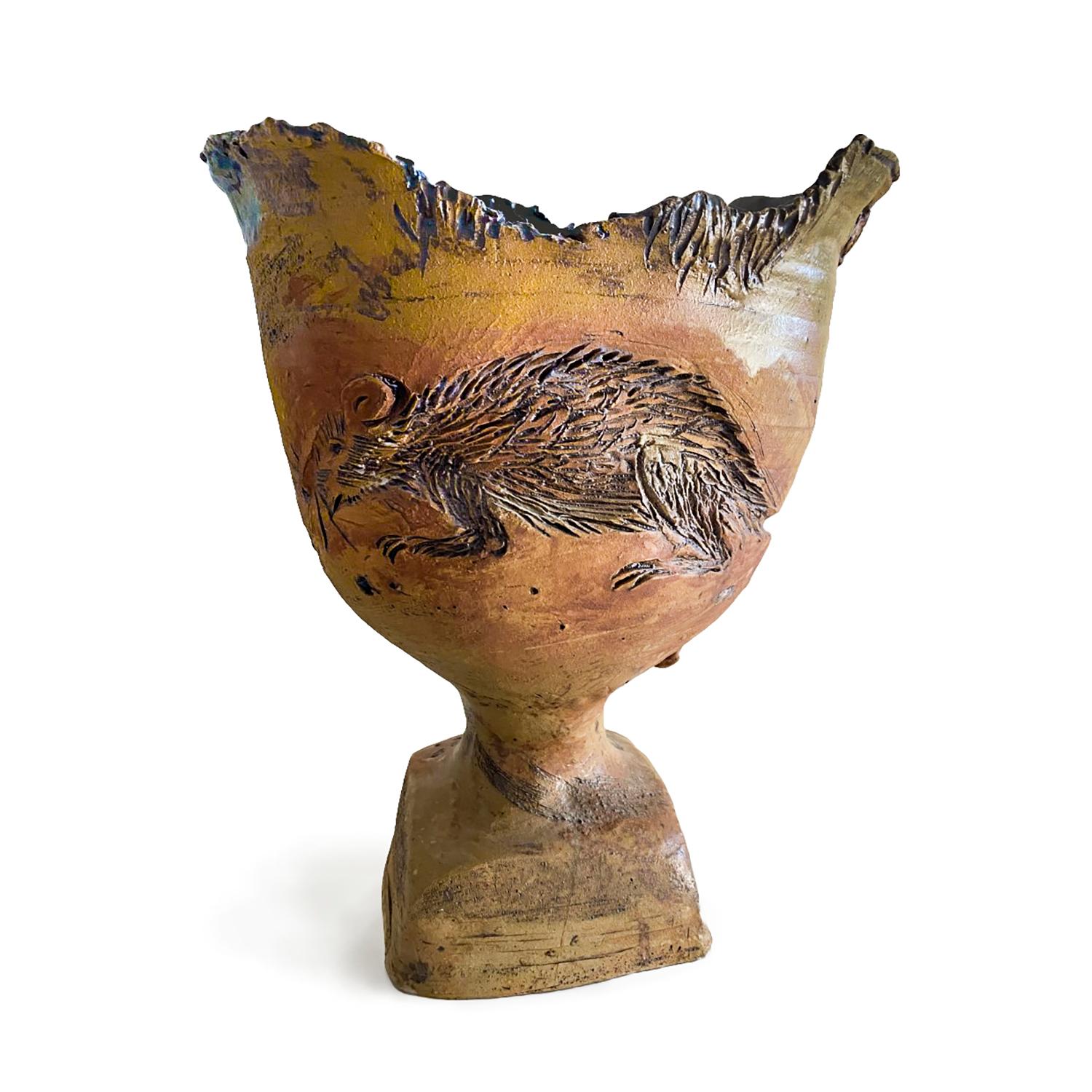 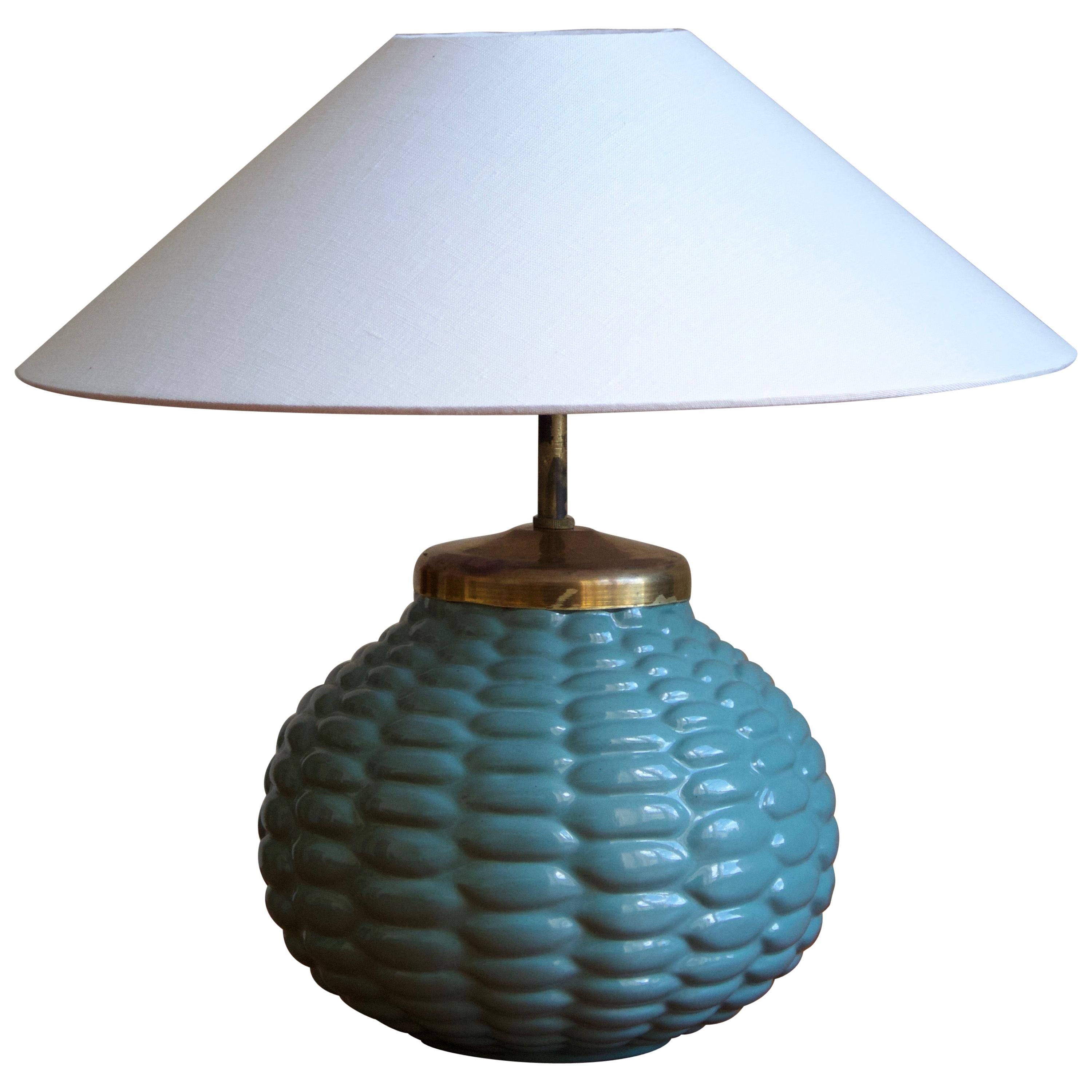 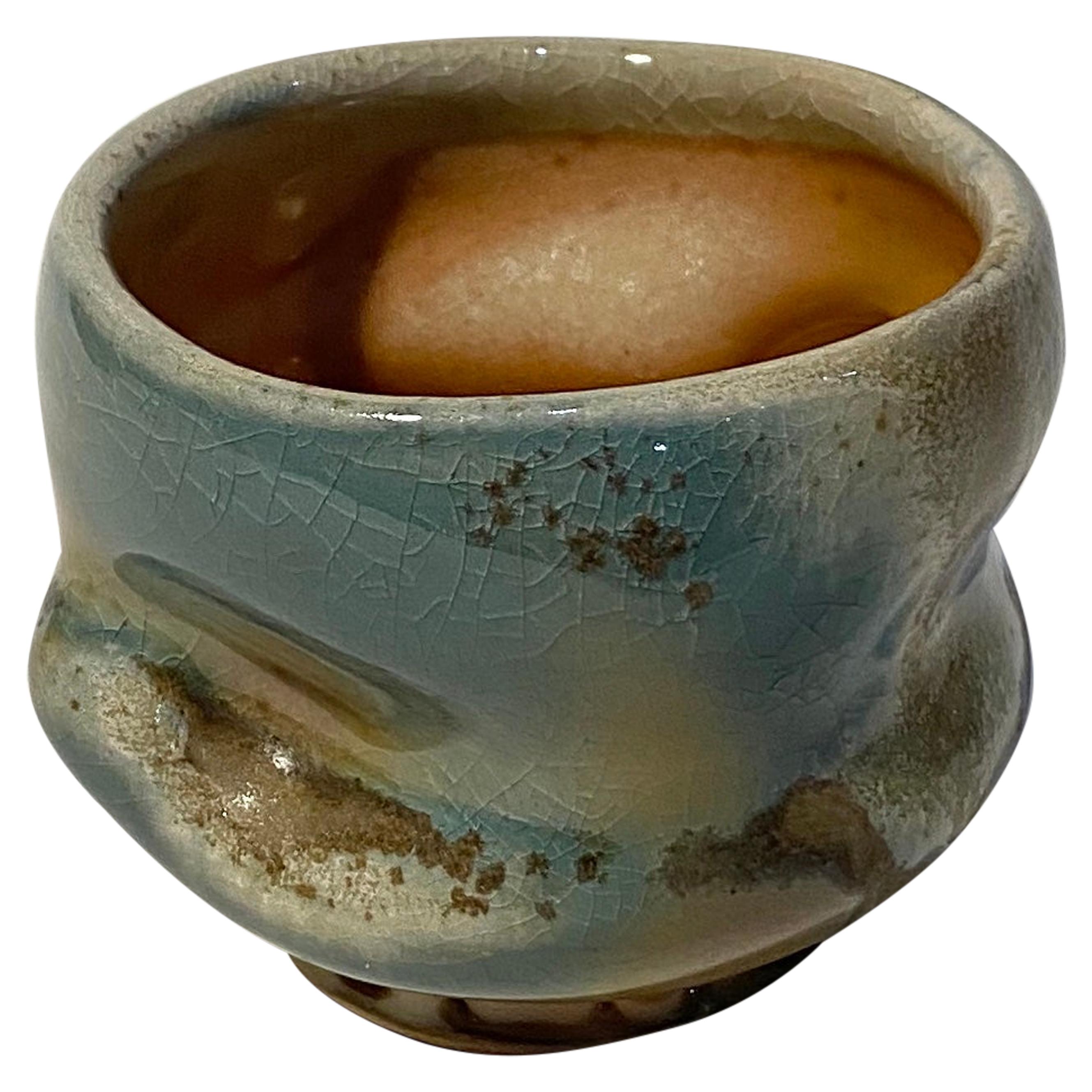 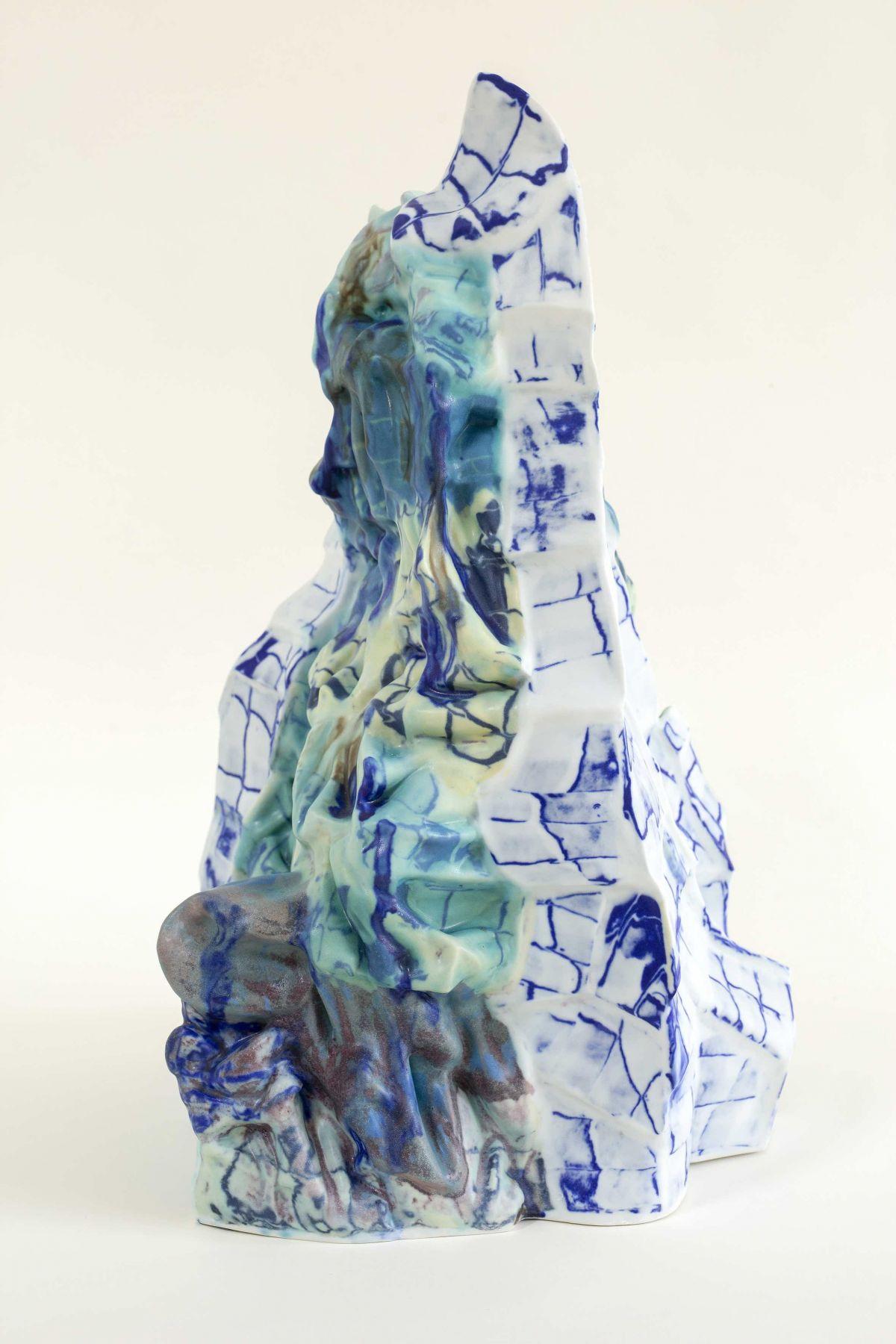 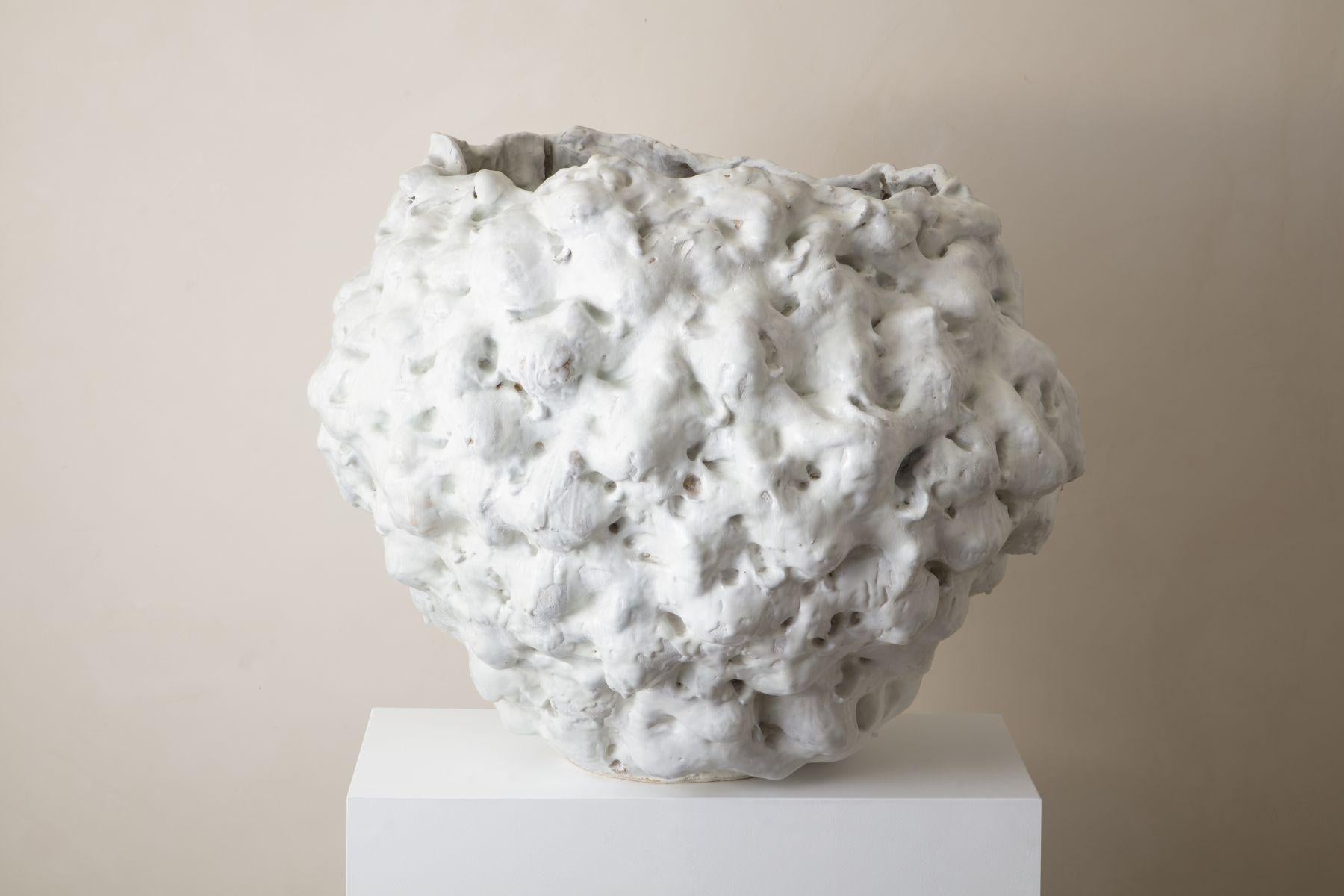 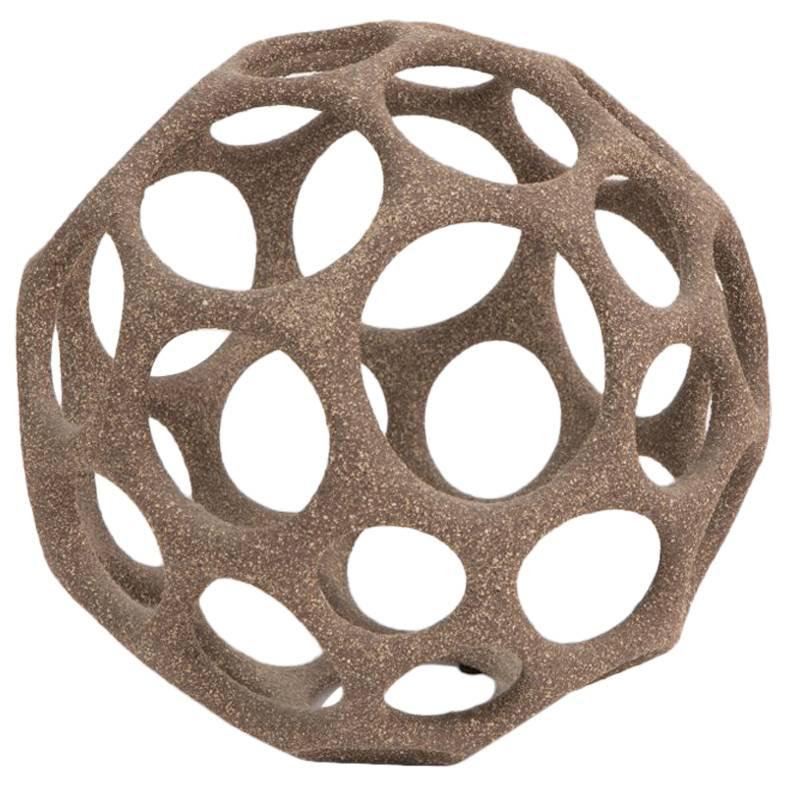 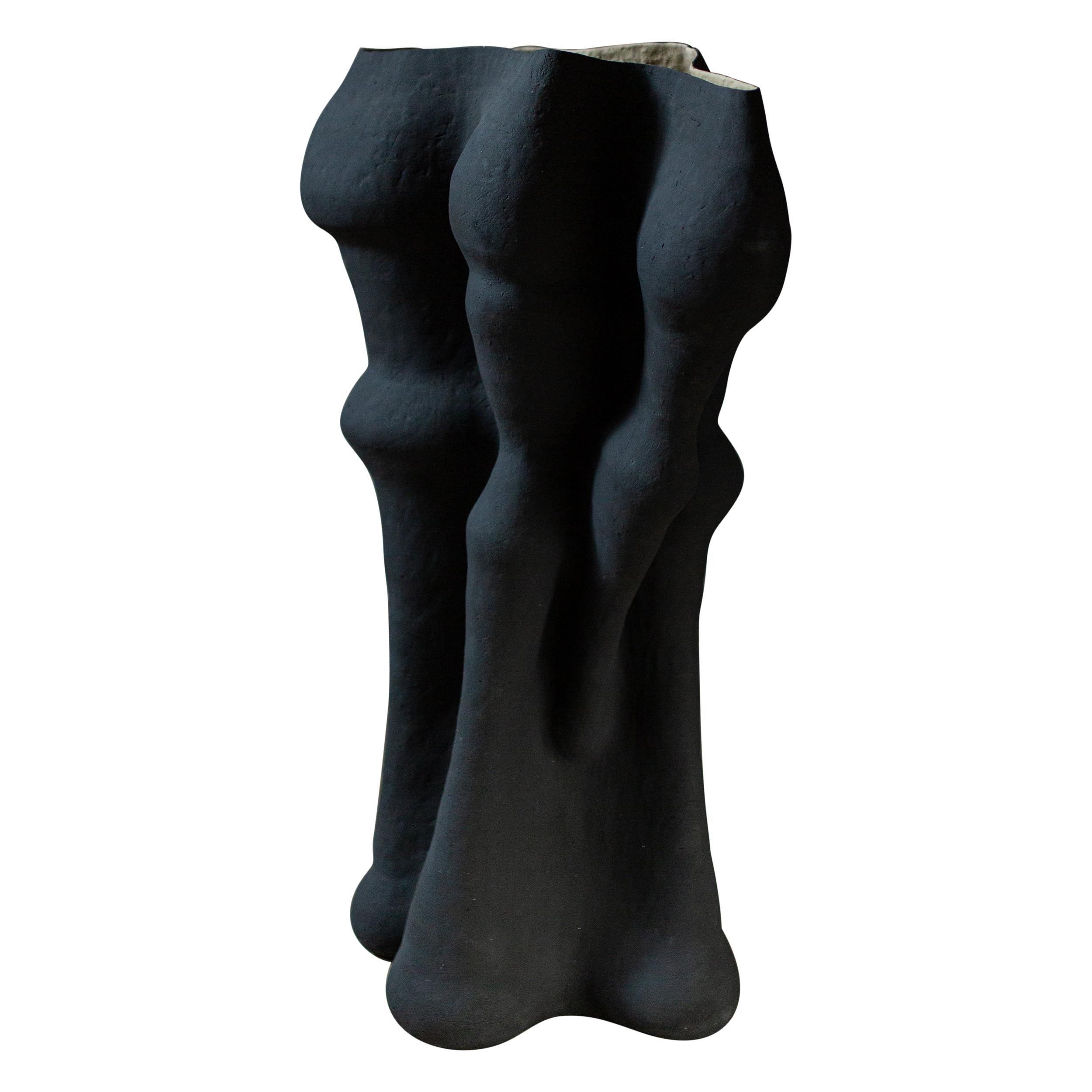 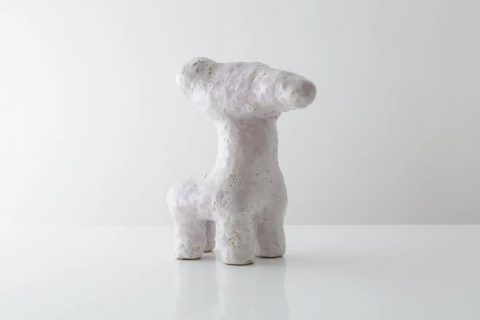 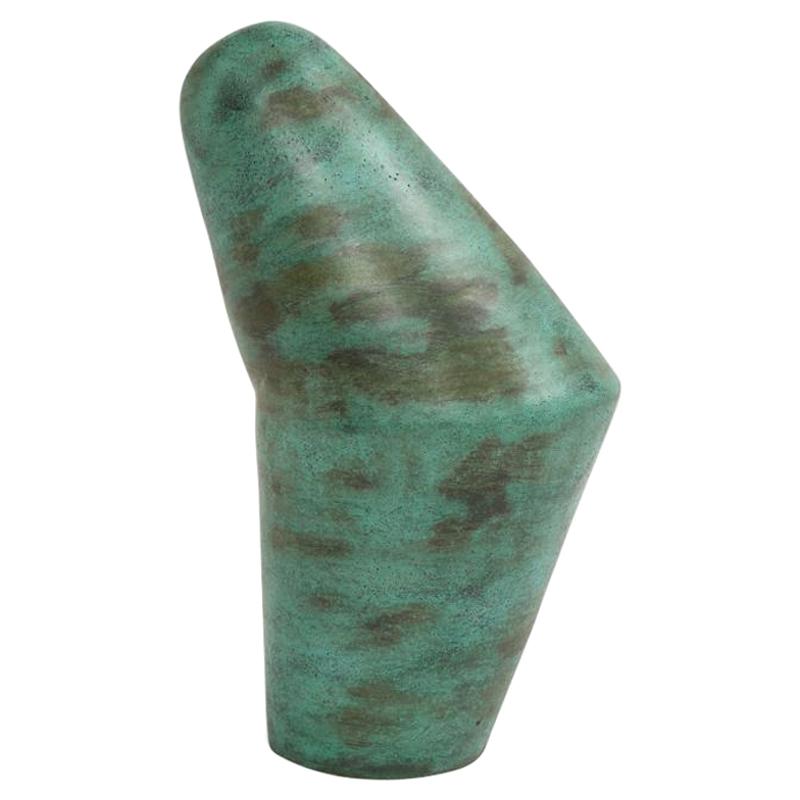 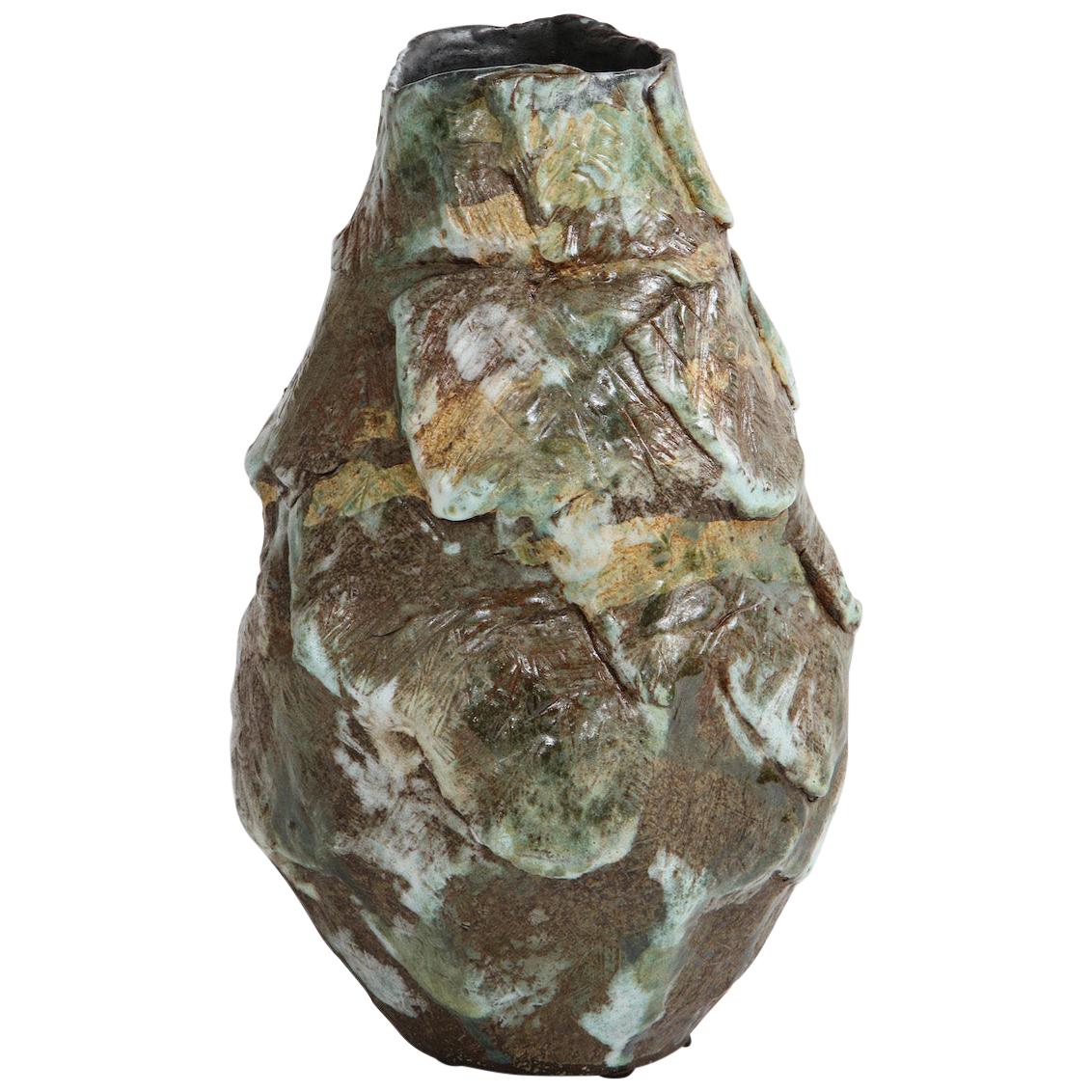 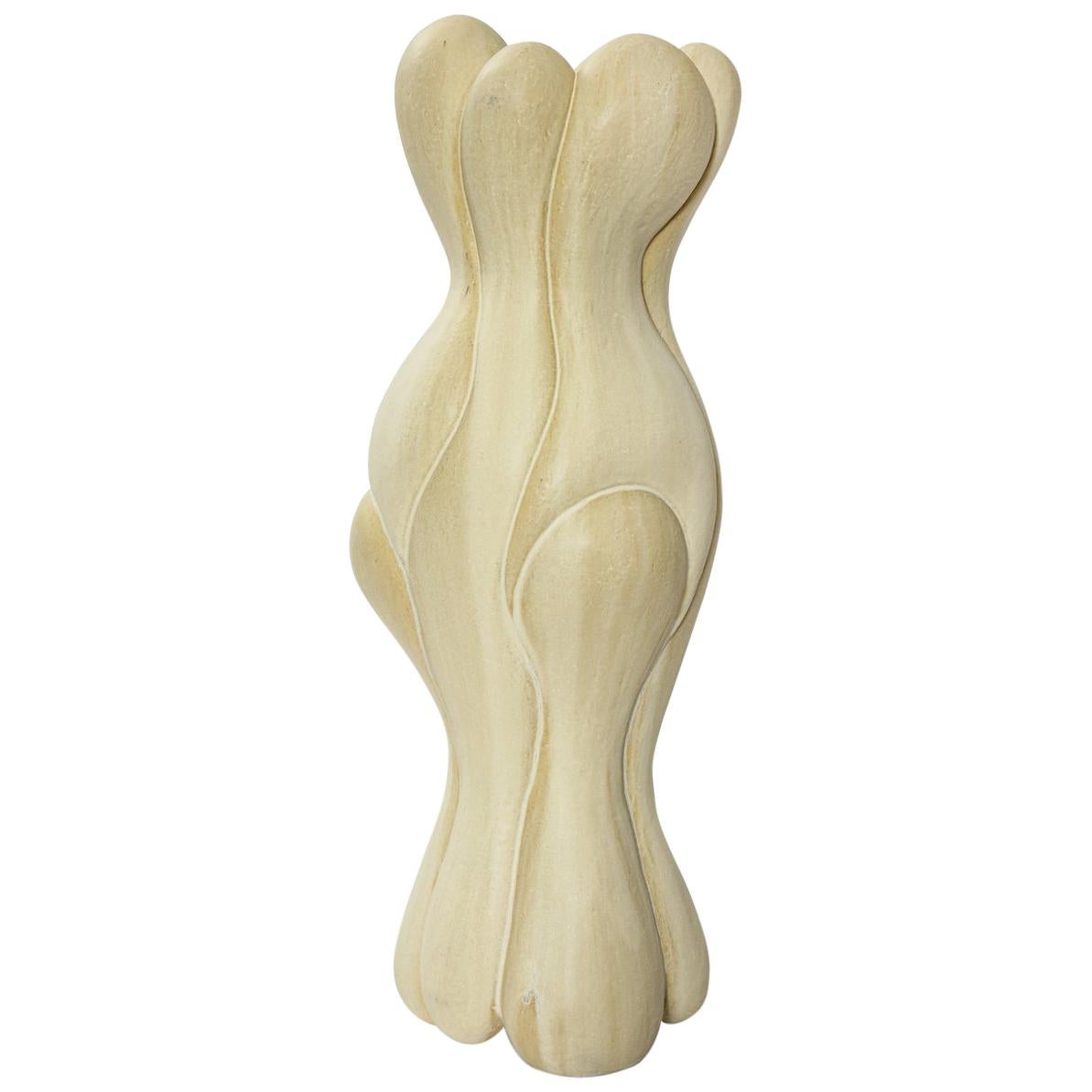 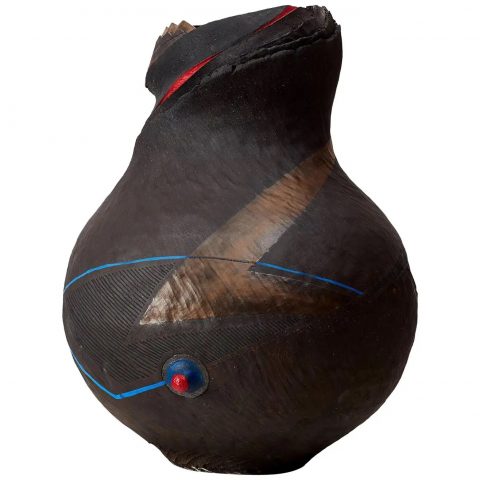 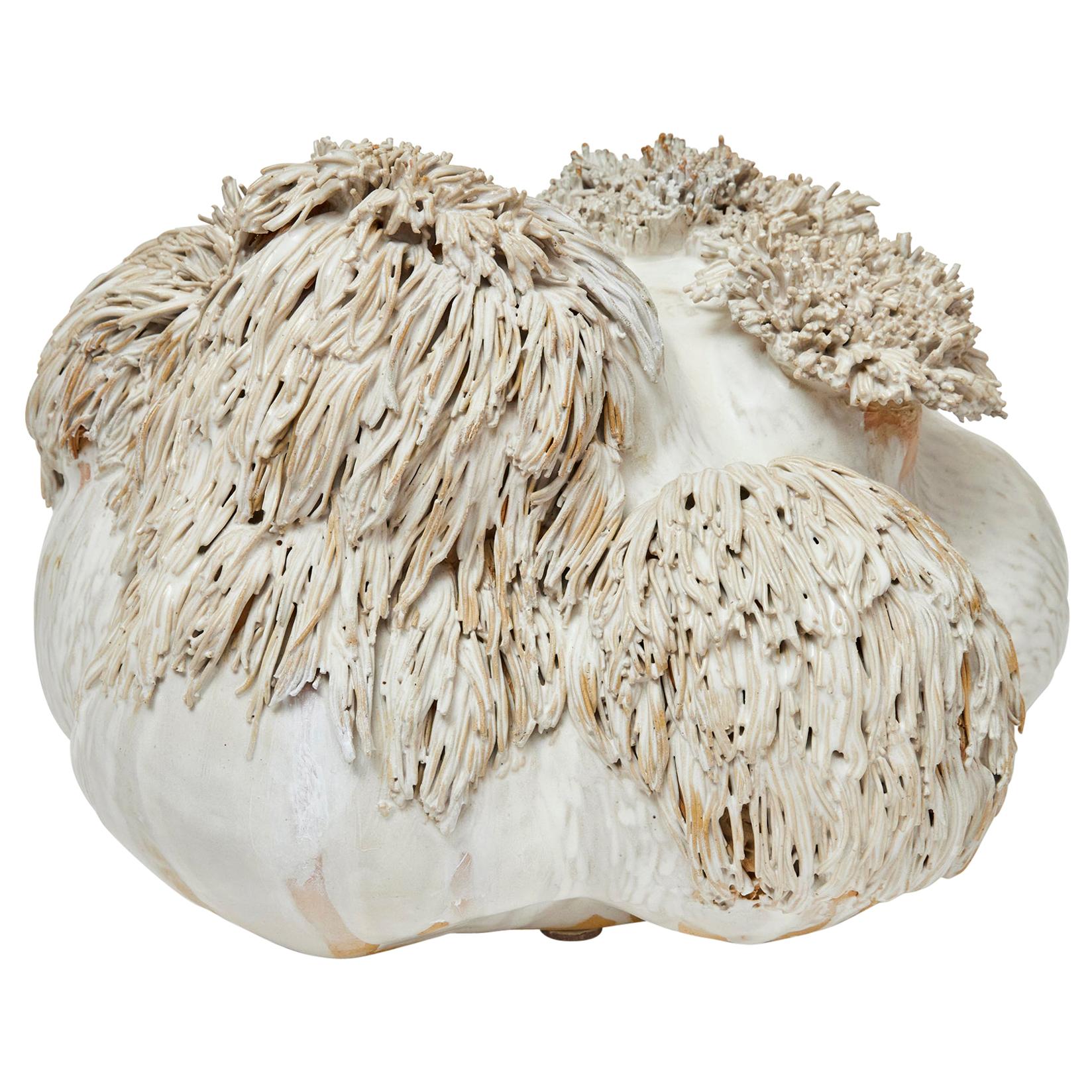 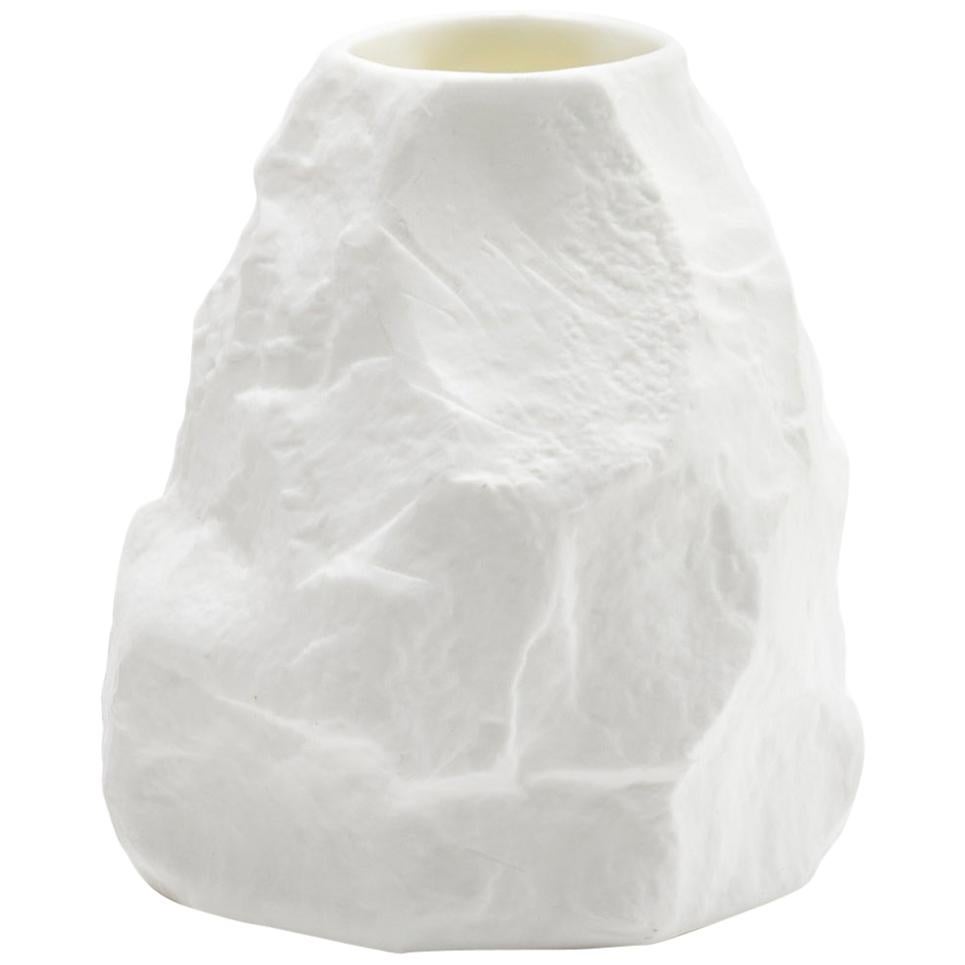 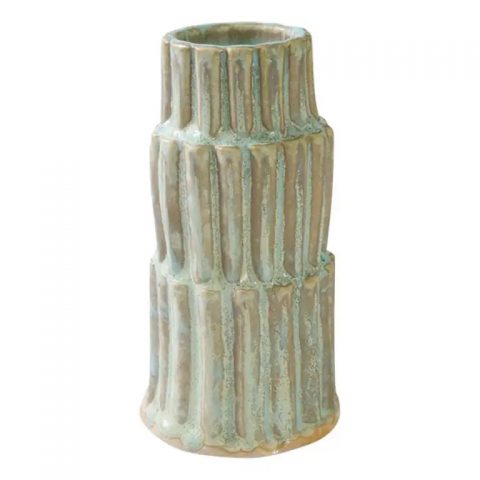 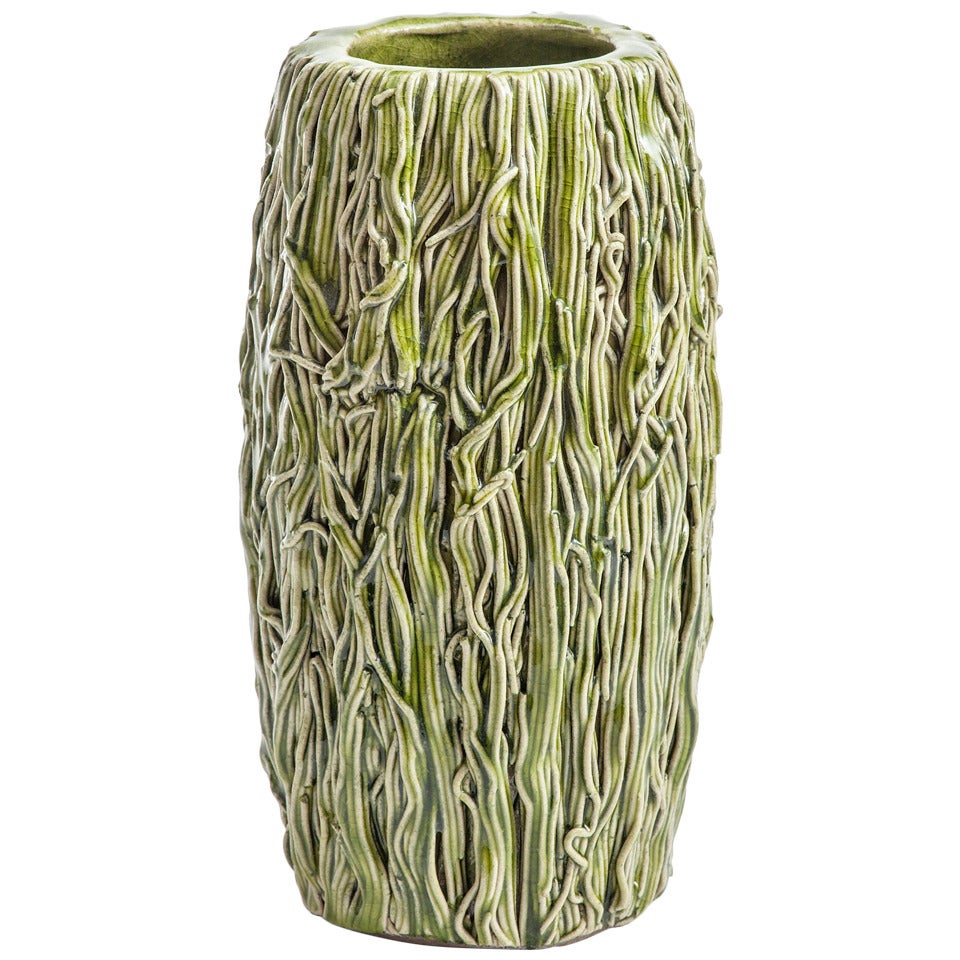