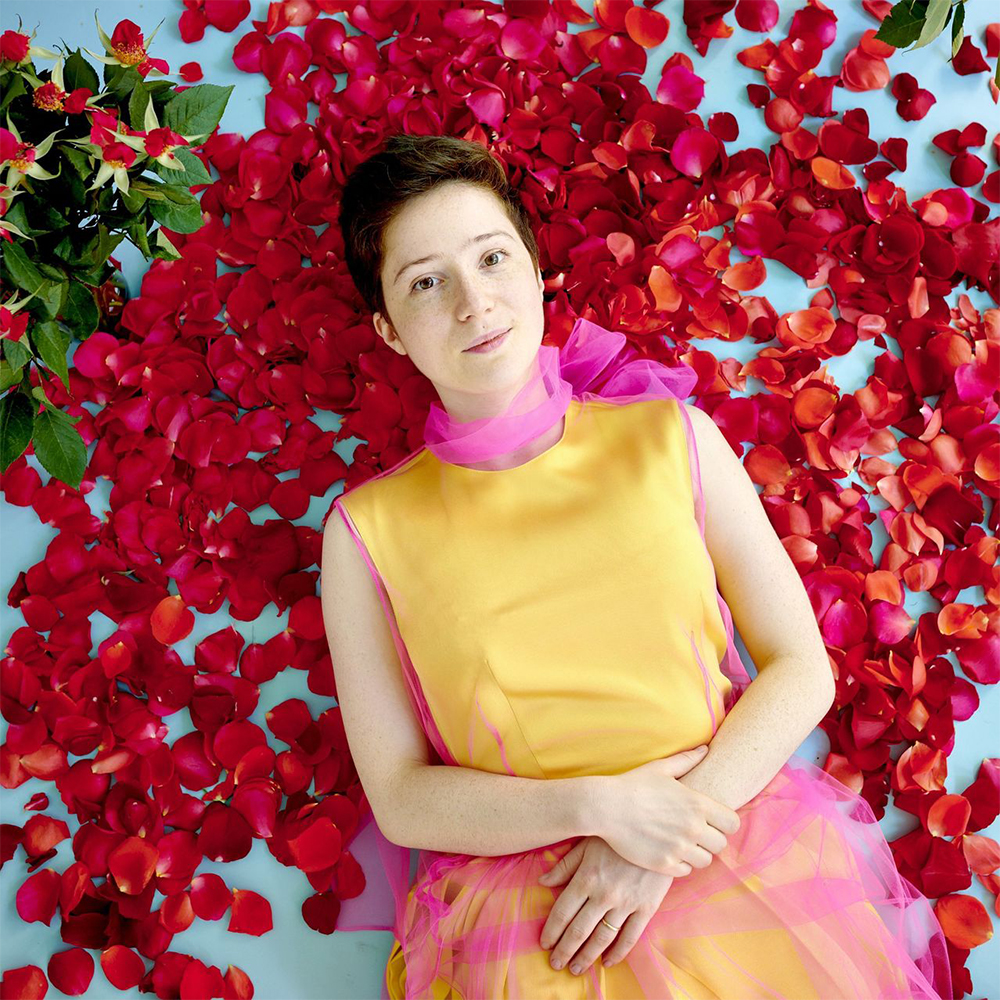 September 11, 2022It’s a symptom of the Internet Age that certain facts about a person tend to precede a meeting with them. You don’t have to go very far down her Wikipedia page to learn that Sarah Meyohas, the curator of “CODED ELEGANCE,” 1stDibs’ new exhibition of generative-art NFTs, is an artist from a family of bankers, or that she holds a business degree from Wharton as well as an MFA from Yale. Yet the unguardedness of her presentation still comes as a surprise.

Wearing large South Sea pearl earrings, a chic Diana perm and a Balenciaga top, she could go straight from our Zoom call to a BlackRock trading desk without needing to change. “At some point, you just have to be yourself,” she says. “I’ve walked around art fairs where my work has been on show, and people just think I’m another collector.”

Reluctant as I am to begin a piece on a female artist with a description of her appearance, I mention it because it seems very much part of her project. Collectors are expected to carry the markers of power and privilege, to understand markets and money, but not artists. So, where does that leave artists, especially young, female artists, when it comes to establishing the value of their work?

Meyohas’s practice, which she has described as existing at the “intersection of markets, society and emerging technology,” is characterized by this same unapologetic approach to the realities of art and capital. Bitchcoin (2015), her first major project, was born of two contemporary trends: the ascent of cryptocurrency and the emergence of social media influencers who convert their personal lives into bankable commodities.

Each of the project’s Bitchcoin tokens corresponded to the value of a print from Meyohas’s “Speculations” series, which was held in a vault. Buyers participated by acquiring a bond attached to the work whose value would fluctuate with Meyohas’s career. In a poetic, if not precisely financial, sense, she was selling a future: her own.

That might have been that, the work standing as a strange art historical anachronism, a kind of proto-NFT, since it was the first time a token had been created attached to an artwork and preceded the launch of Ethereum by a few months. But the Bitchcoin project got a second life when, in 2021, Damien Hirst reprised many of its central features in “Currency” — also a limited series, held in a bank vault, whose value could be redeemed within a year either as the physical work or as an NFT.

Hirst’s cavalier relationship with originality is well-known (he famously said, “All my ideas are stolen”). But rather than complain, Meyohas upped the ante: She relaunched Bitchcoin, backed this time by artworks from her “Cloud of Petals” series, and published an essay on Artnet stating that while, yes, imitation was the sincerest form of flattery, Hirst was missing the point.

Where he had insisted that collectors of “Currency” choose between the NFT and the physical work, Bitchcoin was the token. Or as she put it in her article, “The Bitchcoin NFT is ‘backed’ by a petal, but it is not a picture of the petal.”

In fact, in a characteristically nested concept, the “Cloud of Petals” series itself explores the way in which art tokenizes the real. To create it, Meyohas had 10,000 rose petals digitized by hourly workers at the old Bell Labs facility in New Jersey. As such, it can be seen as a meditation on how labor is forced to dance to capital’s tune, perhaps even a reflection on her own biography as the scion of a banking family.

In this respect, Meyohas may have the edge over antecedents like Hirst. To make a point about value, those artists take the readymade and overstate it — the monumental gold balloon animal or the diamond-encrusted skull — whereas Meyohas’s work seems to question why we need the object at all.

At 31, she is a native of a world in which some of the most valuable commodities exist only on a screen. In her rebuttal of Hirst, we hear echoes of what a young John Lydon said to people who didn’t get punk: You’re too old.

This is not to say that her physical works are beside the point. But they can generally be considered part of her conceptual practice and share in the rigor of its poetics. The continuing series “Speculations” (2015–), with which Bitchcoin was originally backed, comprises photographs created by setting up two mirrors facing each other and decorating the intervening space with intricate constructions.

“Karl Marx used the metaphor of a reflection multiple times in his writing to describe value,” Meyohas says. “But I’d almost use a financial term like leverage. The constructions within the frame are leveraged through reflection.”

These pieces are often archly feminine, sometimes featuring pastel colors and flowers, not to mention the yawning speculum’s-eye view at their center. Yet, as an element of Bitchcoin, they stake Meyohas’s place as an artist who claims the male-dominated space of finance as her canvas.

Stock Performance (2016) does so even more literally. For this piece, as the name suggests, she traded stocks, not for profit, but to produce a share-movement line that she then reproduced live, in black Motherwell-style oil on canvas.

Despite her pedigree and education, Meyohas describes her success in establishing herself as an artist with something to say as “hard won,” given the prevailing cultural headwinds and that all-too-easy-to-google surname. There is a bravery in her brazen lack of camouflage, the frankness of her vision.

She has recently become a partner in the venture capital firm Spark Capital (which has provided funding for such startups as Coinbase, Oculus and, yes, 1stDibs). One can see in this a species of intervention the refusal to allow a female artist’s voice to be left out of decisions about the kinds of technology that will shape our lives.

In 1975, Andy Warhol wrote, “’Business art is the step that comes after art.” Although one might be forgiven for assuming that Hirst, Jeff Koons et al. had pushed this step as far as it would go, it’s just possible the Warholian progression will have its 21st-century apotheosis in Sarah Meyohas. “I’d like to be the next Jeff [Koons],” she says. “That would be great.”

Personally, I wouldn’t bet against it. 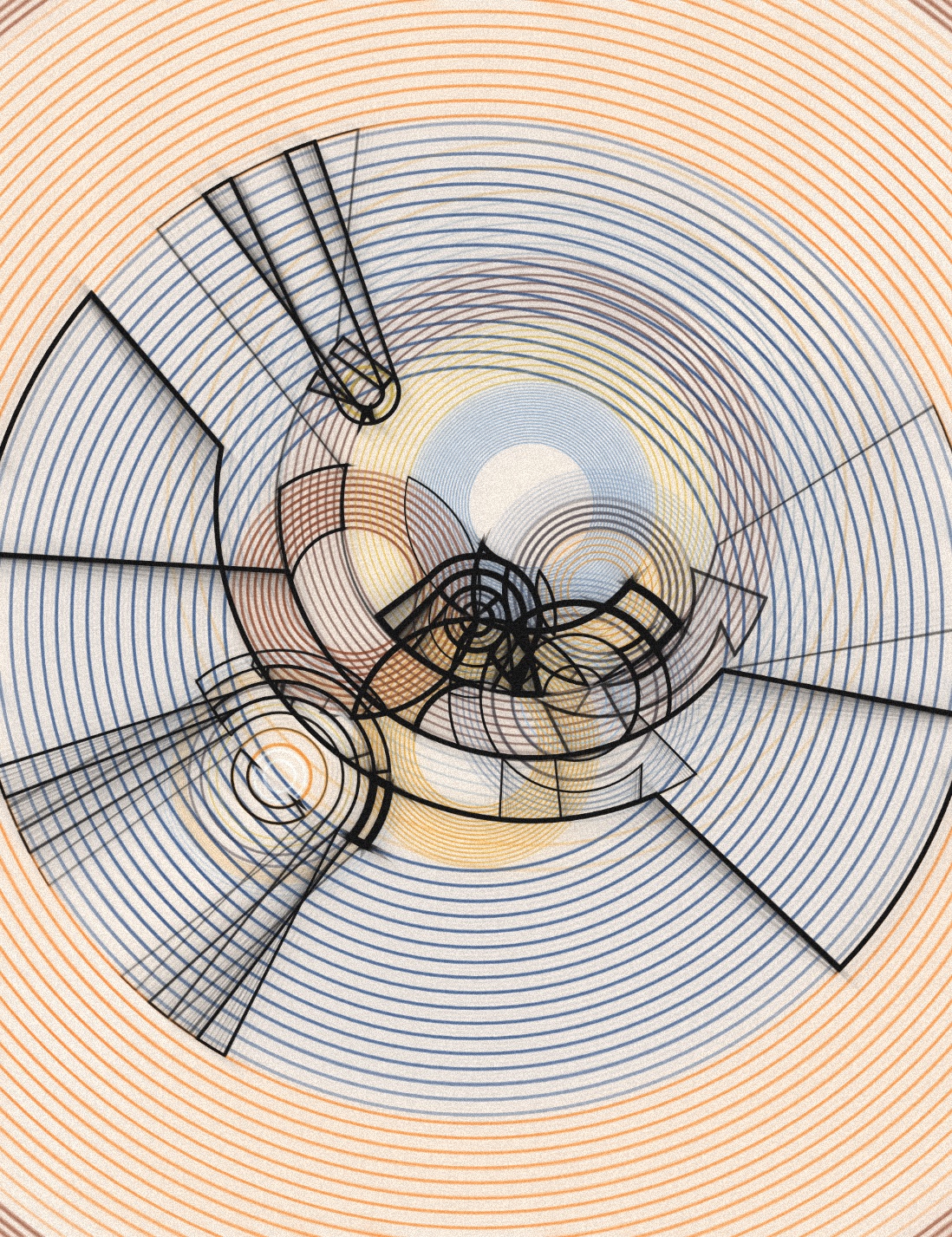