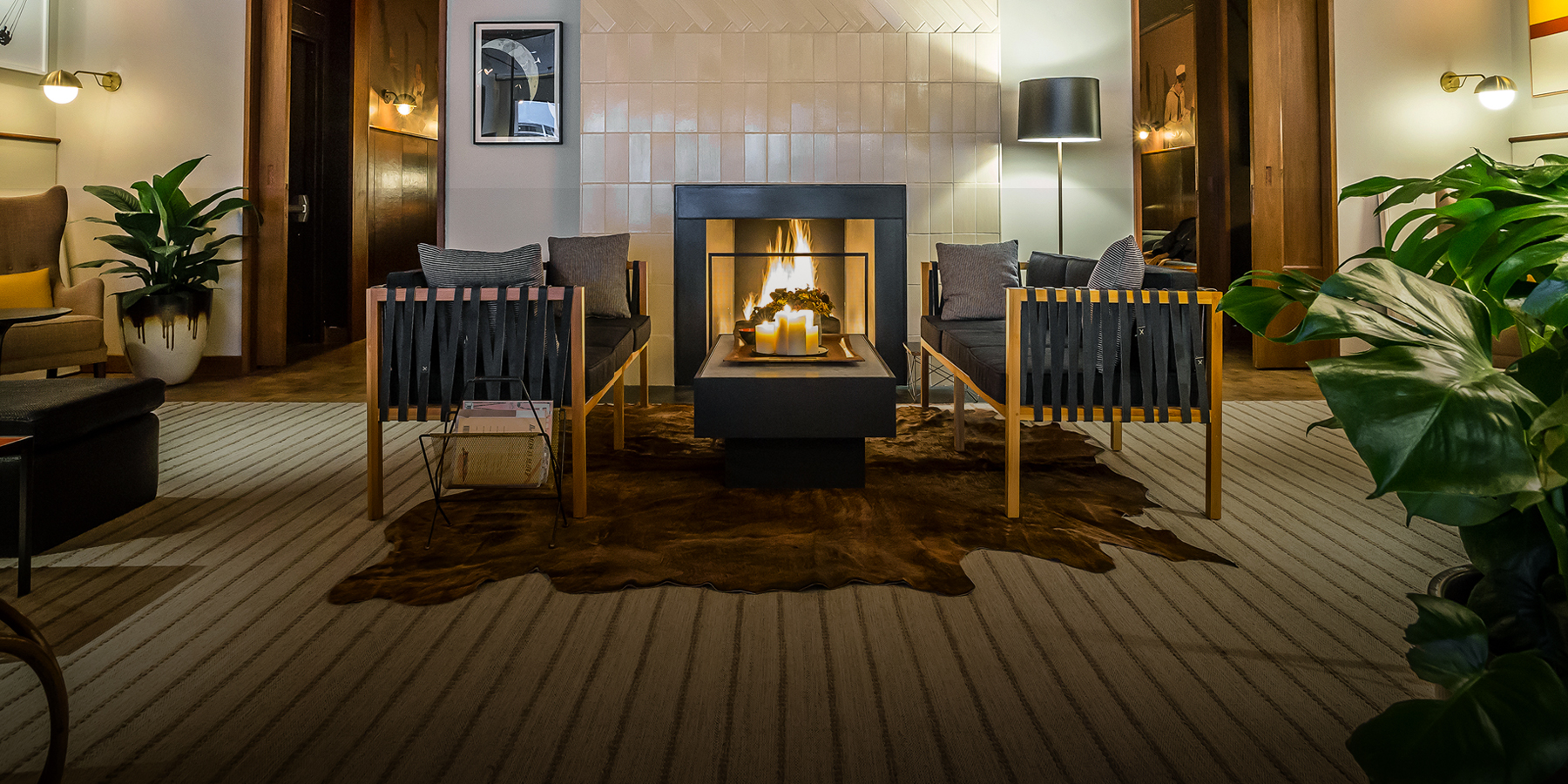 John and Christine Gachot, the charming husband and wife behind the three-year-old Soho-based Gachot Studios, are bringing their warmly personal version of contemporary design to an ever-growing list of New York–area clients. 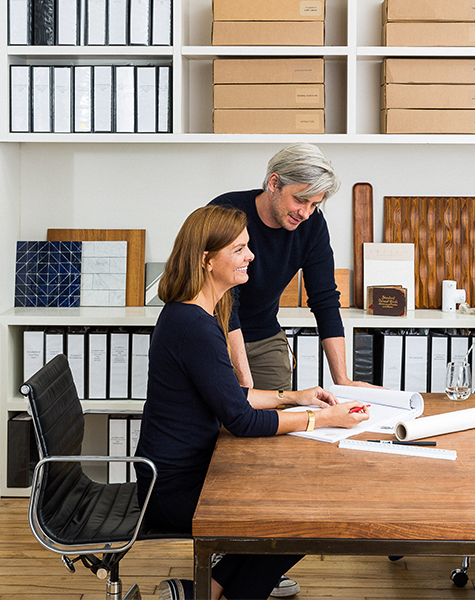 August 31, 2015Designers John and Christine Gachot, married since 1999, have been professional partners for the past three years, working as the New York firm Gachot Studios (photo by Julien Capmiel). Top: The residential-feeling den of the Gachots’ redesign for The Smyth hotel’s lobby areas in Tribeca (photo by Noah Fecks).

Although a few motifs repeatedly appear in their work — shiny walls of Guastavino tiles, mid-century Scandinavian chairs in burnished wood — it might be most useful to think of John and Christine Gachot as escape artists. “You have to get out of the way of your own taste,” is how John puts it, meaning that he and his wife are able to escape their own preferences in favor of the clients’.

High-profile clients like Tumblr founder David Karp and fashion designer Marc Jacobs are now hiring the three-year-old Gachot Studios because of the couple’s long experience with the best design minds in the industry, which has given them the tools they need to be truly versatile.

The couple met 20 years ago, when they were both working for the design icon Bill Sofield (who later insisted on buying Christine the shoes she wore for her 1999 wedding). Christine later became a vice president of design development and partner at Andre Balasz’s hotel firm, where she worked for a decade on such projects as the Standard Hotel High Line and the residences at 40 Mercer Street, while John did a stint running the studio of noted residential designer David Easton. 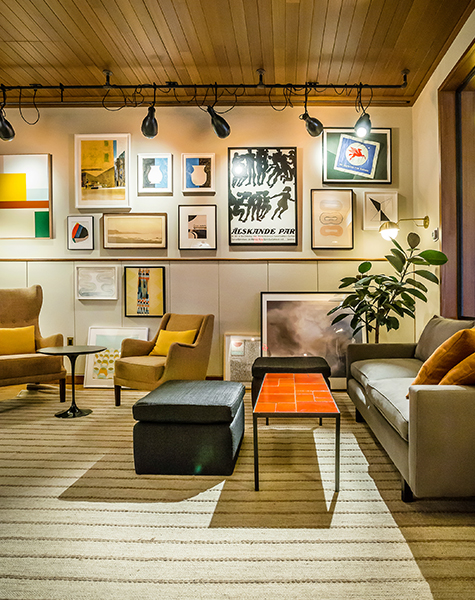 In The Smyth’s den, the Gachots combined ceiling lighting by L’Observatoire with an Eero Saarinen Tulip side table and a coffee table and ottoman of their own custom creation. Photo by Noah Fecks

John was first to set up shop on his own, as a one-man band. But in 2012, as the economy started to rebound, Christine decided to join forces. “I could feel things loosening up: You either go now or wait for the next ride,” she says. “I called him up and said, I’m coming, and I’m bringing five people.”

It makes sense that they have combined their previous specialties; Gachot Studios now splits its time evenly between residential and commercial work, with the occasional retail design project.

Perhaps the Gachots’ highest-visibility recent undertaking is chef Andrew Carmellini’s Little Park restaurant in Tribeca, and the lobby areas of the adjacent Smyth Hotel. It’s the best example yet of their ability to mix custom pieces fabricated by top local makers, vintage furniture and eccentric artworks.

The restaurant received a hard-surface bistro flavor from the custom Guastavino tiles behind the bar and the white marble tile floor, whose fan-like configuration the Gachots also conceived. Black Josef Hoffmann dining chairs with cane seats are thoroughly traditional (in a modern way).

But the whole package is softened by hanging spun-metal pendant lamps, from L’Observatoire, with warm beige paper shades, as well as an area of billowing fabric on one part of the ceiling — the Gachots are first-rate sound mufflers, a too-often overlooked skill these days. (The conference table in their office, for instance, has hidden foam padding underneath, to reduce the clatter during meetings.) 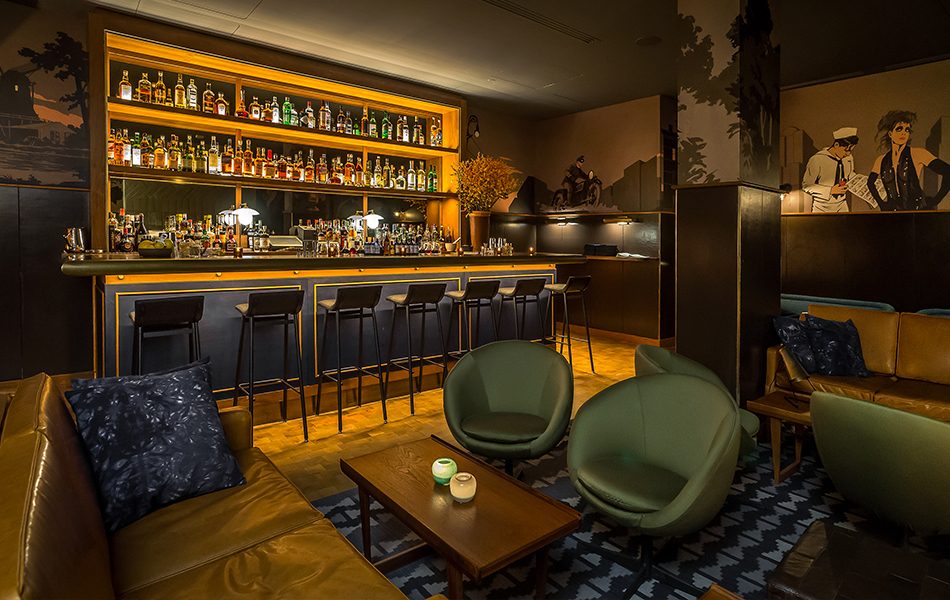 Backed by a New York–themed Matthew Benedict mural, the furniture in The Smyth’s atmospherically lit evening bar mixes a vintage coffee table and club chairs with a custom Gachot-designed rug and sofa and the designers’ eponymous bar stools from Thomas Hayes. Photo by Noah Fecks 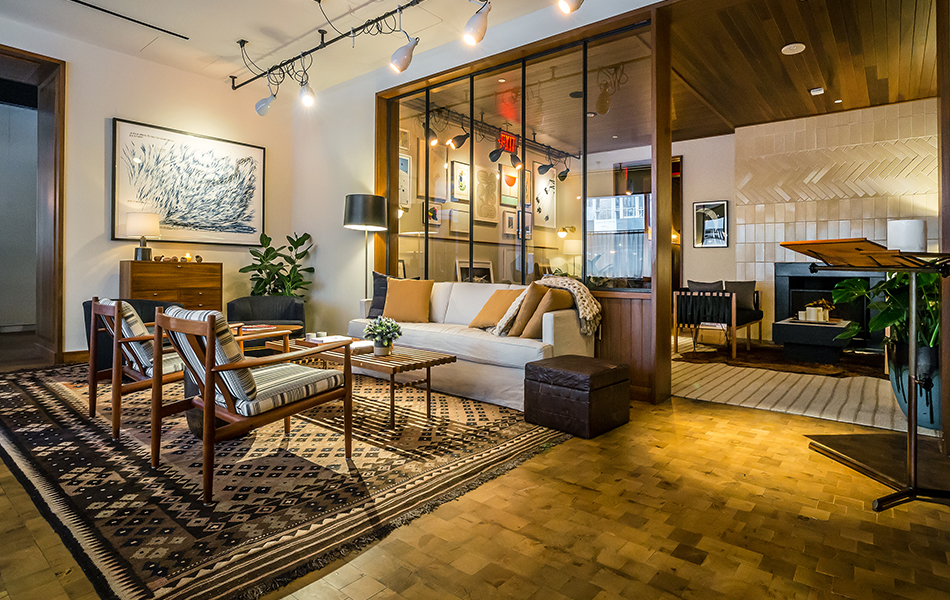 Open views from The Smyth’s living room into its den reveal the latter’s fireplace, clad in Guastavino tiles, and the former’s vintage rug, sourced from Woven Accents. The sofa, coffee table and fabric on the lounge chairs in the living room are all by the Gachots. Photo by Noah Fecks 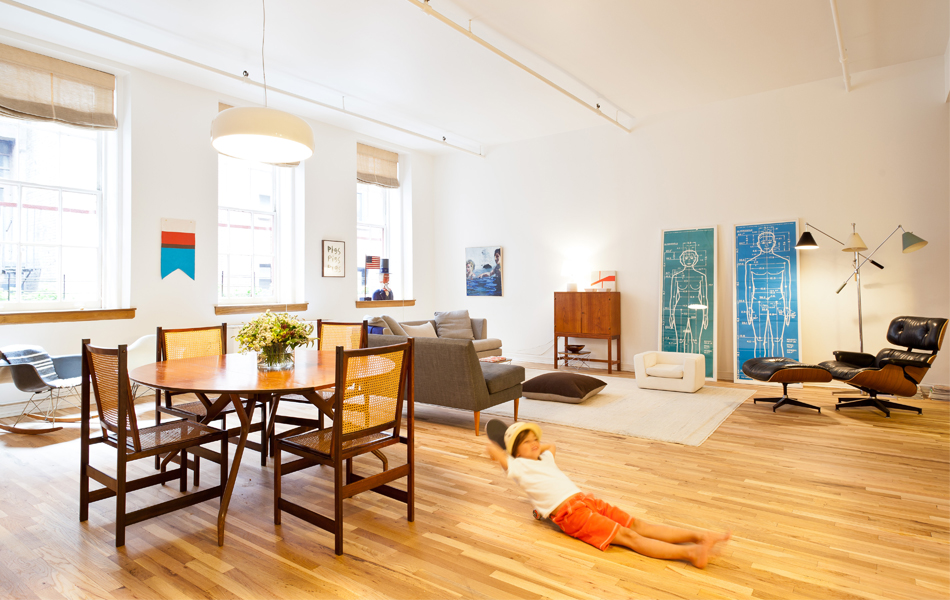 In the couple’s light-filled Noho loft, a table and chairs by Greta Grossman and a Smithfield C pendant light by Jasper Morrison for Flos define the dining area — which the Gachots’ son Jack finds perfect for skateboarding — while pieces by Edward Wormley and the Eameses adorn the living area. Photo by Chris Mosier 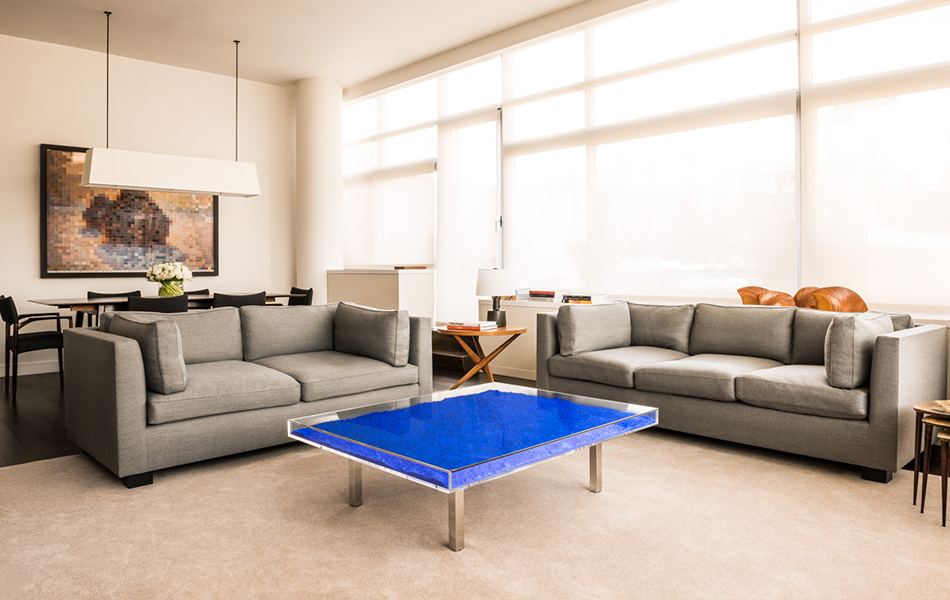 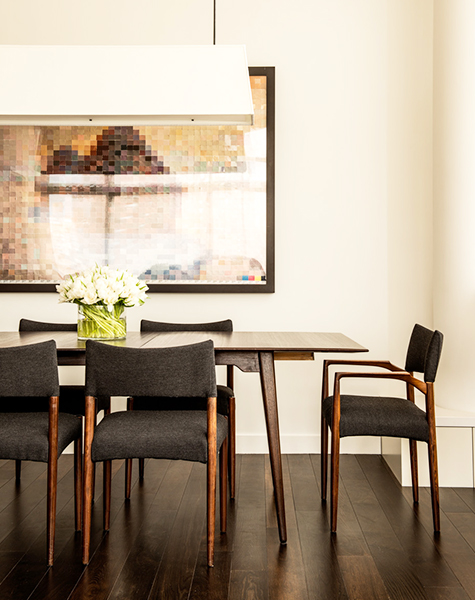 In the West Village apartment, a Wormley for Dunbar dining table from WYETH sits among mid-century rosewood chairs. The custom pendant lamp is by Trans-Luxe. Photo by François Dischinger

The Smyth lobby areas “are based on a home,” says John. “The approach was to create an accessible, friendly living room for the neighborhood.” The “Scandi-meets-speakeasy” look, as he calls it, of the barroom features a wild, time-traveling panorama of New York history by contemporary artist Matthew Benedict. Other spaces display colorful framed artworks hung salon-style.

The seating throughout the cozy zones is varied (slipper chairs, club chairs, sofas), and where the Gachots hadn’t stumbled on the right vintage item, they designed it themselves, right down to a squared-off, black metal fire screen in the den area. They are both inveterate sketchers, always imagining and refining new shapes for their interiors.

For actual residences, their clean-lined approach still applies, but they adjust the level of polish accordingly. Their West Village townhouse for Marc Jacobs is high-style and French-influenced, because of Jacobs’s own preferences — and it’s still under wraps, since Jacobs considers the scheme to be unfinished, the better to enjoy tinkering with it for years.

For David Karp, it was a different, more casual story. The new-media baron wanted a simple retreat within his 2,000-square-foot bachelor loft in Brooklyn, and the Gachots employed reclaimed wood to create a raised platform in the living room (thus solving the problem of unusually high windows).

The couple’s long experience with the best design minds in the industry has given them the tools they need to be truly versatile. 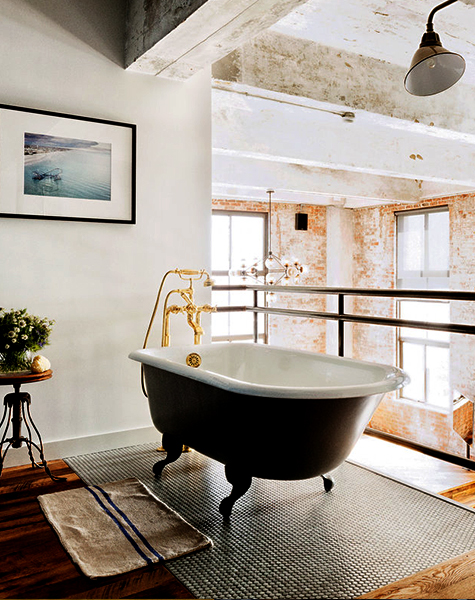 The loft had high enough ceilings to create a partial second floor, with one bedroom connected to a dramatic catwalk, on which sits a custom-painted, claw-foot bathtub from Waterworks. A vintage Asta Strömberg wall clock found on 1stdibs (a frequent source for this team) helps Karp manage a busy schedule.

A West Village residential project for a real estate executive required turning the dial up on the big-name designer front. Here, an Edward Wormley dining table from WYETH sits among mid-century rosewood chairs, all underneath a boxy custom pendant light by the hip outfit Trans-Luxe. The eye immediately fixes on the bright blue coffee table in the living area: Yves Klein’s Table Bleu is its own conversation piece. Nearby hangs a photograph by the acclaimed New York artist Vik Muniz that riffs on Monet’s haystacks and Pantone color chips.

The client is a single man who fits a certain type that has become a sub-specialty for the Gachots: “There’s a group of urban men out there for whom design is a sport — they’re wealthy, educated and they want to know everything,” says Christine. “It’s odd: We have a family but we design for a lot of single people, and it’s great.” 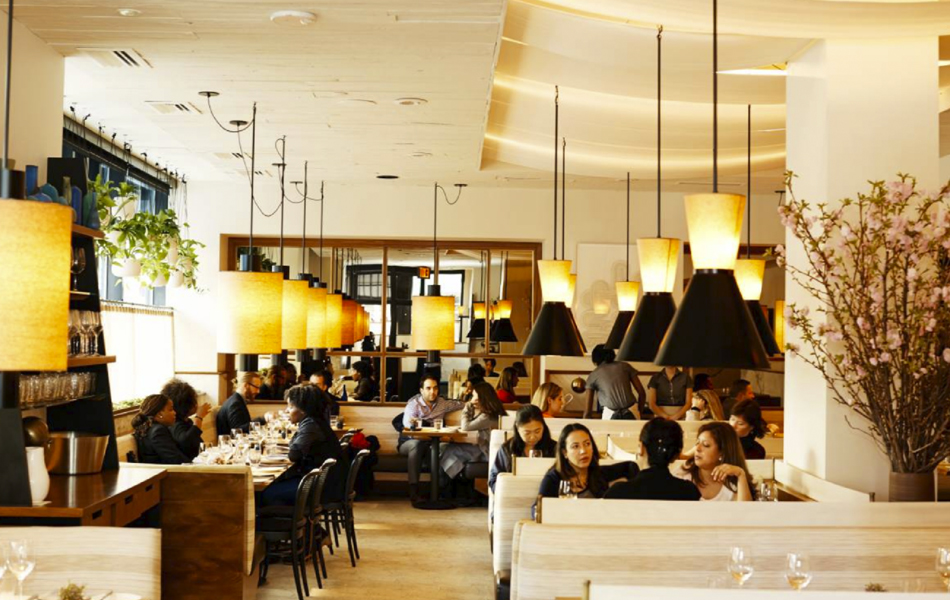 Lighting by L’Observatoire, much of it hung from gently swathed fabric, lifts the eye upward at The Smyth’s Little Park restaurant. Photo by Noah Fecks 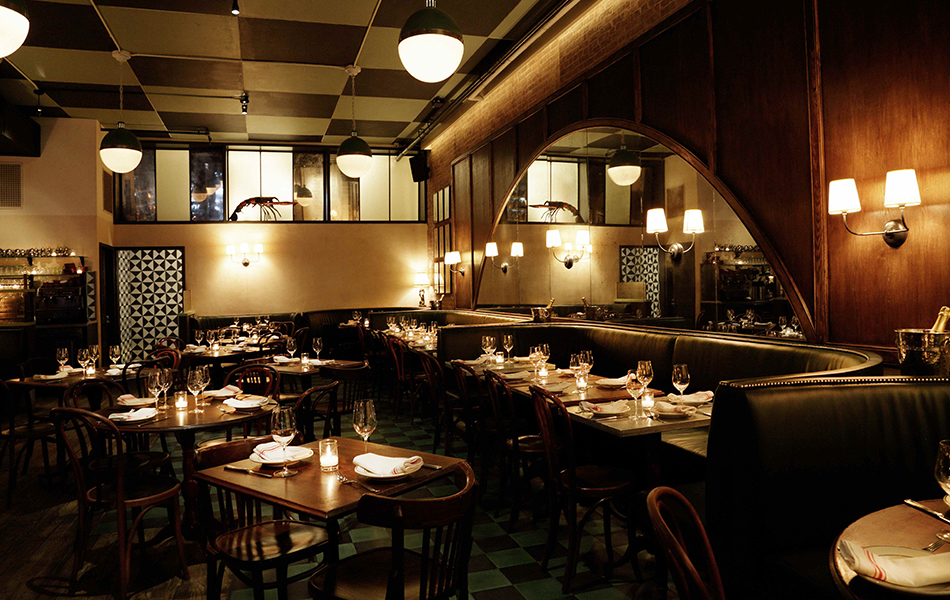 For ACME restaurant, in New York’s Soho, the Gachots maintained a bit of the gritty feeling of the space’s rock-and-roll origins on Great Jones Street. Photo by Chris Mosier 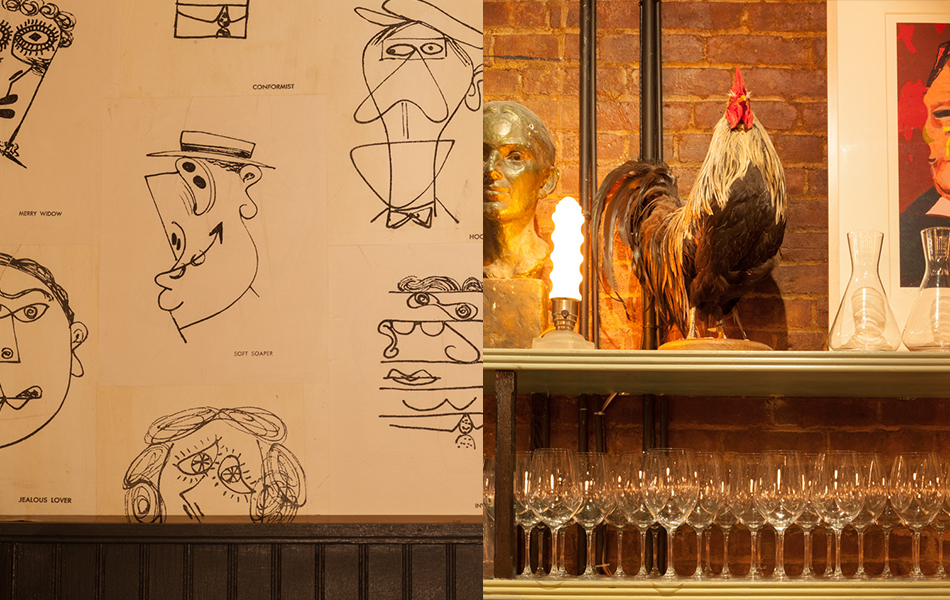 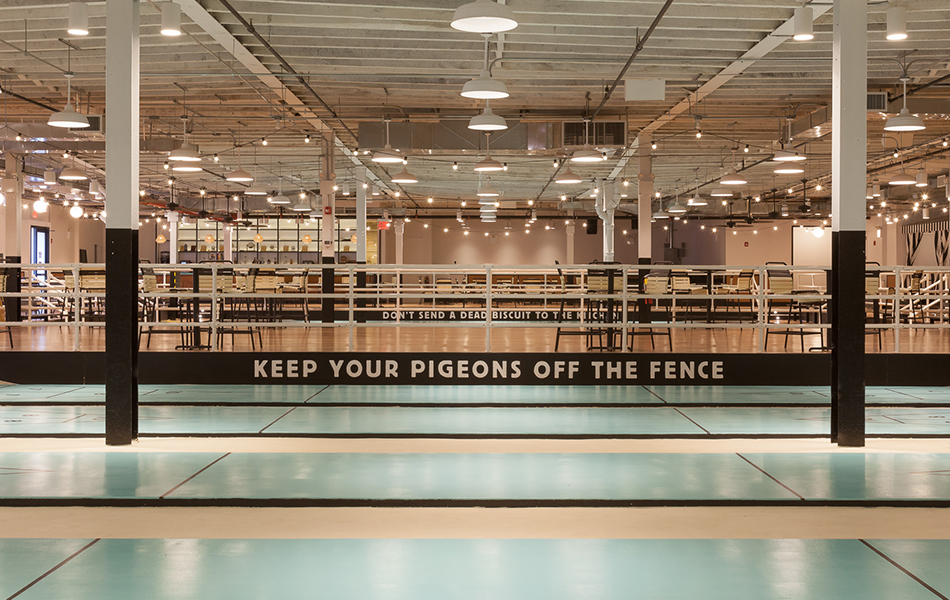 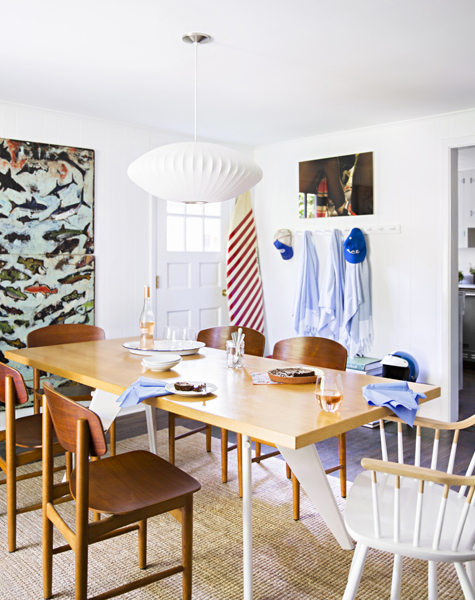 A casual eclecticism reigns at the Gachots’ own Shelter Island country house. Here, a George Nelson Saucer pendant lamp hangs over a Jean Prouvé dining table. A vintage surfboard sits in the corner by the door. Photo by Brittany Ambridge

The casual observer wouldn’t necessarily think the designers of that West Village project also did the Gachots’ own homes. They have an airy NoHo loft, which they share with their young sons, Boris and Jack, and a place on Shelter Island, on the eastern end of Long Island, which sports a casual, light eclecticism. Throughout the house, dramatic objects — a high-end surfboard, a stack of Alvar Aalto stools with striking blue seats — stand out in contrast against bright white beadboard walls. High and low play well together: the lines of a Jean Prouvé dining table look at home with the pop from a poster for the 1966 classic film Blow Up.

The Holy Grail for designers is to get to create a whole building’s look, and the Gachots have started to work on condo projects that now allow them the chance to do just that. For a seven-story, 33-unit building on Laight Street in Tribeca, “It’s all about kitchens and bathrooms,” says John. In the kitchens, they installed rich, warm walnut cabinetry by the trendy Soho firm Henrybuilt — chunky custom pulls give a touch of rusticity to the downtown polish and contrast nicely with the creamy-looking white marble from Vermont on the counters and backsplash.

More buildings will get the Gachot touch in the near future, but they won’t look exactly the same. Christine likens their versatility and flexibility to being a film producer. “We’re making your film,” she says. “It’s not mine. Some people like Jaws and some people like Close Encounters. Our apartment looks nothing like the ones we do for clients, and that’s as it should be.” 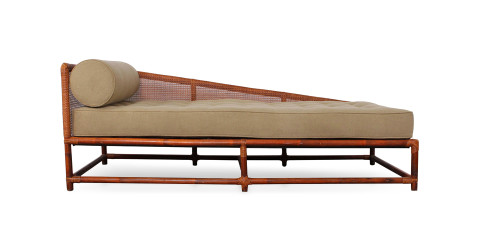 A hyper-modernist twist on traditional rattan. 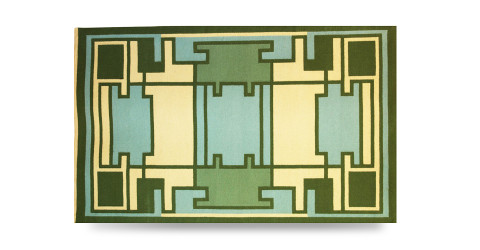 I wish I had disposable income. 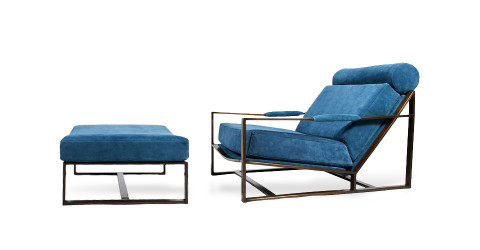 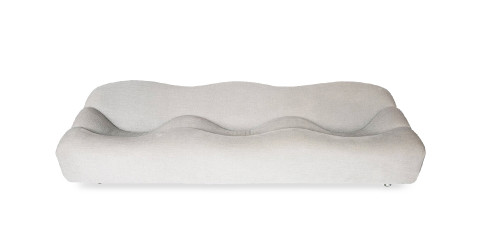 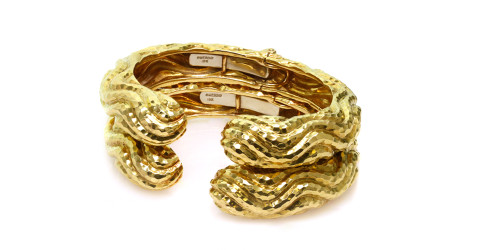 I always double cuff. Wonder Woman would love these. 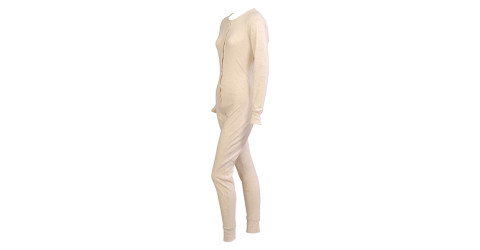 Fall at the beach.