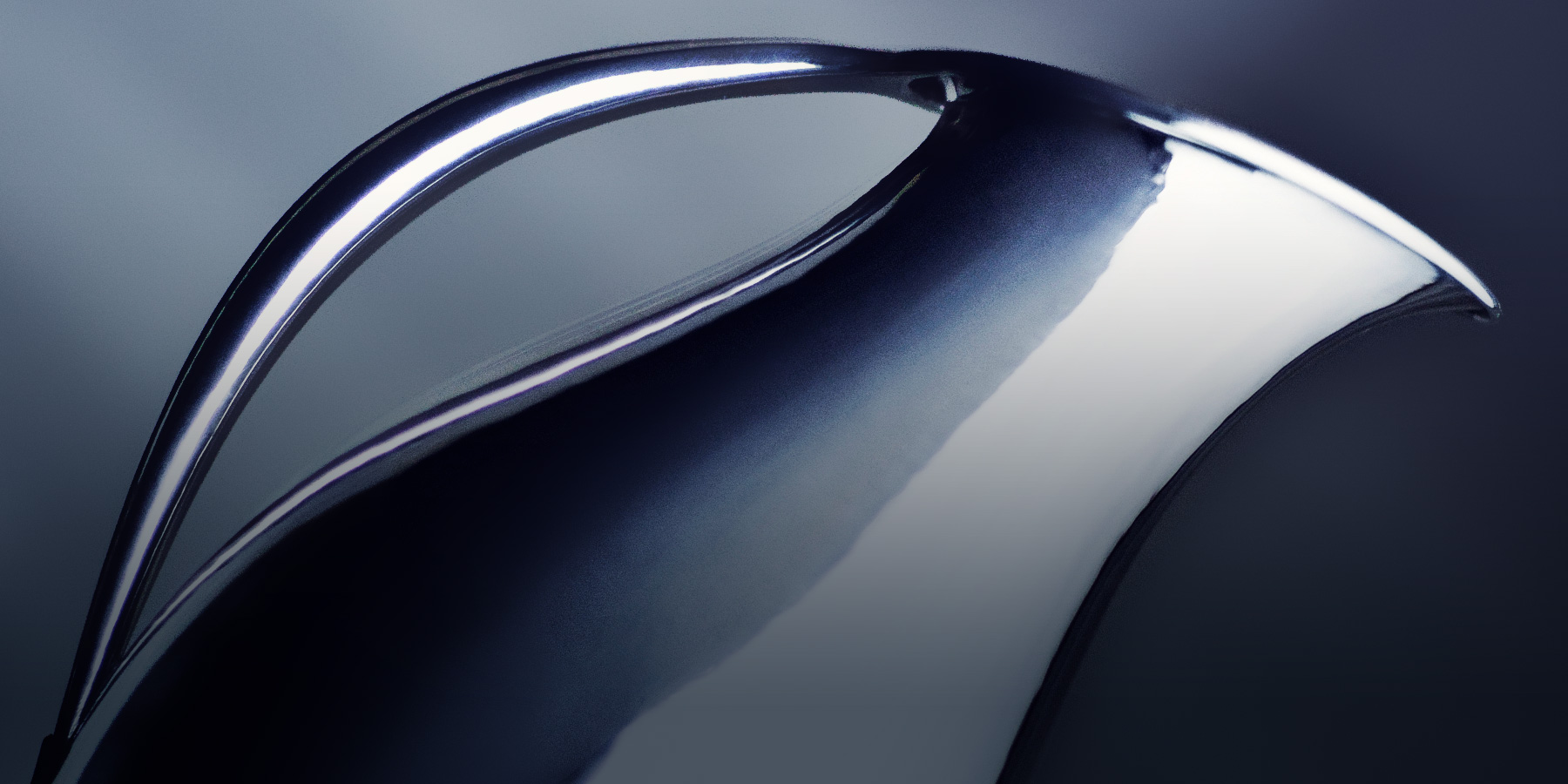 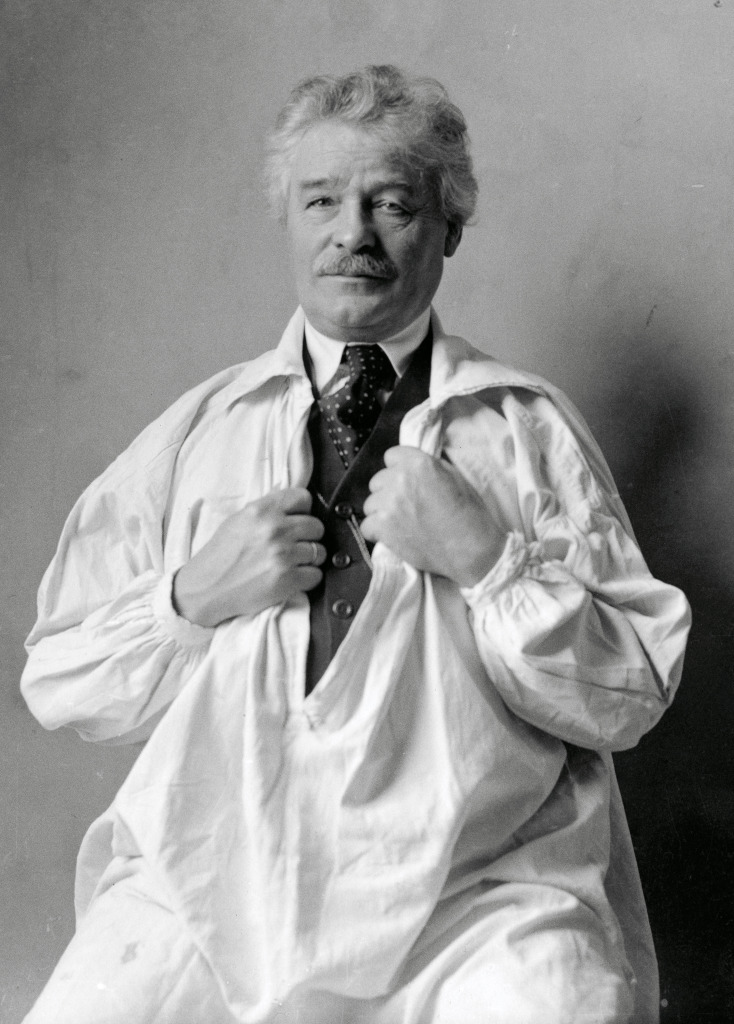 October 2014A new Rizzoli book considers the life and legacy of the Danish silversmith Georg Jensen (1866–1935), whose venerable eponymous brand — created in 1904 — thrives to this day. All photos, excluding portraits, by Thomas Loof/all images courtesy of Rizzoli

Georg Jensen the man and Georg Jensen the 110-year-old Danish silverware firm he founded have each been thoroughly examined from a historical perspective. But both are nonetheless worthy of closer consideration. Jensen, the man, was a sculptor who, unable to earn a living as an artist, fell back on his training as a metalsmith, creating a design business that made, and continues to make, artistry a core principle. And so it stands to reason that design impresario Murray Moss has written Georg Jensen: Reflections (Rizzoli; $85) with a certain connoisseur’s point of view. The book, which is superbly illustrated with scores of new and archival images, offers something different from previous historical reference guides: It’s a study of Georg Jensen — the man and, even more so, the enterprise — not as a purveyor of objects, but instead as an idea.

Subject and author are especially well matched. Moss has been called an aesthete, a tastemaker and a design deity. When he ran his famed eponymous store in New York’s Soho — he closed it in 2012, capitulating to high rent and economic doldrums — Moss could most accurately be described as a curator as much as a retailer. In his shop, he used creative juxtapositions to reveal affinities among objects as seemingly diverse as Nymphenburg porcelain, rubber urns by Gaetano Pesce and the latest avant-garde seating coming out of the progressive Dutch design school in Eindhoven. In the last two years, he’s established a design consultancy, Moss Bureau, taking on clients as diverse as the Philip Johnson Glass House, crystal maker Baccarat and the National Trust for Historic Preservation. When Moss has something to say, those who are interested in art and design listen. And right now, he has much to say on the topic of Georg Jensen, the top-tier maker of luxury goods that boasts a global presence (including two storefronts on 1stdibs, here and here).

Moss doesn’t pretend to have the expertise of previous Jensen monograph authors, most notably the specialist antiques dealer Janet Drucker, whose books effectively serve as a company catalogue raisonné. “This book is my personal contemplation, an imagined truth, a rumination on the how and why, like a Romeo, one falls in love with Georg Jensen silver at ﬁrst sight,” Moss writes. “These unique sculptures — for every work by Jensen, from brooch to spoon to ﬁsh server, is to me ﬁrst and foremost sculpture — maintain their capacity to elicit from us a deep emotional response.” Moss’s own responses are often surprising and always enlightening. There is, for example, his description of the 1918 Grape compote, a piece of Georg Jensen’s own design and a perennial bestseller for the company. Moss notes that the vessel rises on a twisting stem with “as tornado-like a spin as Bernini’s swirling columns of 1625 for [the baldachin in] St. Peter’s Basilica in the Vatican.” He continues: “Then, suddenly, in a heartbeat, without warning, Georg Jensen puts the brakes on spectacle, and the richly adorned column miraculously blossoms into a reductive, seductive, ﬁne Minimalist bowl — a time machine giving us an uncanny look into the future, when the movement would be defined as Danish Modern.” Such insights help a reader see a familiar object with fresh eyes.

To parse the work of the Jensen firm, Moss uses essays in two formats. One is a thoughtful consideration of a general theme, such as “Uniqueness” or “Nature.” The other essays discuss the individual designers whose creations demonstrate how the company came (sometimes reluctantly) to embrace and embody almost every signal design movement of the 20th century. Some of their names are well known, such as Johan Rohde, who — with his simple, elegant Jug #432, in particular — took Jensen from its roots in naturalistic Art Nouveau forms toward a future of sleek, modern shapes. Another is the great Henning Koppel. In his post-WWII series of sterling pitchers with narrow necks and gibbous bodies, Koppel “created, on a par with Brancusi and Anish Kapoor, works that arguably rival the most beautiful sculpture of the twentieth century,” writes Moss.

“These unique sculptures — for every work by Jensen is to me first and foremost a sculpture —maintain their capacity to elicit from us a deep emotional response.” 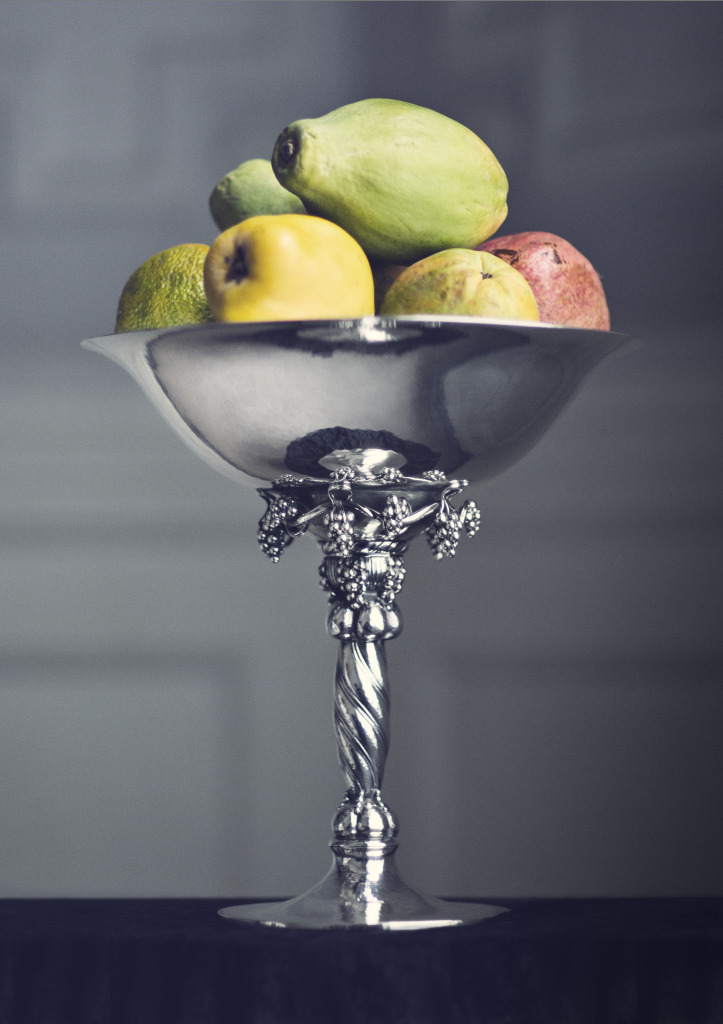 Moss writes that Jensen’s Grape Bowl No. 264A, 1918, “celebrates the near-Divine potential of man.”

Profiles of additional and lesser-known designers offer further revelations. Sigvard Bernadotte, for example, was a prince of the royal house of Denmark, who gave up his title when he married a commoner. He trained in the Functionalist design movement, which taught that every aspect of an object should relate to its purpose. Bernadotte began working for Jensen in the 1930s and developed a vocabulary of silver pieces with unadorned, streamlined forms. Vivianna Torun Bülow-Hübe, for her part, arrived at the company in the ’60s, and, Moss writes, “adding her work to the Jensen oeuvre was like opening a window for the company — fresh air streamed in, along with the wafts of ’60s music from Dylan to the Beatles.” Bülow-Hübe’s jewelry, from her bangle wristwatches to her necklaces with long silver pendants that hang down the wearer’s back to her surreal rings worn on two fingers at once, are a surprising delight. Thanks to her, Moss concludes, “Jensen became hip.” 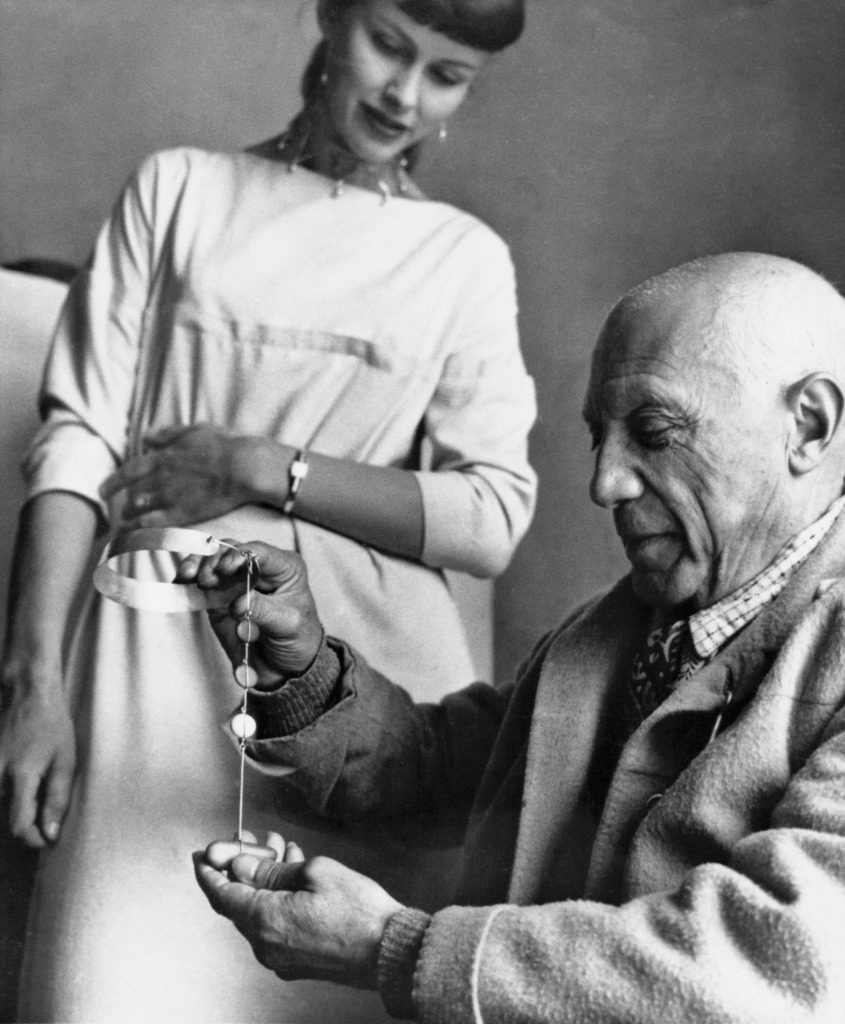 Vivianna Torun Bülow-Hübe, arguably the brand’s most iconoclastic designer, stands by as Pablo Picasso handles one of her jewelry pieces in Antibes, France, 1955.

Moss’s engaging thematic essays, meanwhile, offer readers a taste of a curator’s idiosyncratic thought processes. He delights in making unexpected connections and offbeat allusions. In a rumination on the reflective properties of silver, he references the artwork of Edvard Munch and Asger Jorn. An essay on polishing silver includes a quotation from John D. Rockefeller. In a chapter in which he discusses the uniqueness of each example of Jensen design, Moss manages to include metaphors that allude both to Hamlet and to beef stew. These are impressive feats of rhetoric, and Moss pulls them off with aplomb.

The Jensen firm underwrote the publication of this latest book, but, even as a hired gun, Moss remains a straight shooter. About those Jensen wares that hold no interest for him — such as the Nordic folklore-motif brooches that are a staple of early Jensen — Moss politely says little. He also recommends touching, handling, even caressing silverware, likely something merchants would not like you to do until you buy it. And his writing style is hardly corporate. To help explain minimalism, for example, Moss refers to Julia Roberts’s turn as a prostitute in Pretty Woman, quoting a line from the film: “It’s easy to clean up when you got money.” The photos in this study alone — dozens of seductive studio shots by Thomas Loof; archival images of the designers and their work, and of Jensen jewelry worn by models; ephemera such as sketches and renderings — are worth the price of admission alone. But they wouldn’t be nearly as worthwhile without the context Moss provides. Many collectors sometimes forget why they collect. A book such as Georg Jensen: Reflections is a useful reminder that objects are invested with deeper values, far beyond the kind placed upon them by the marketplace. As he was in his store, so too is Moss in this book: a genial, generous and gifted guide, taking us by the hand and leading us into and through the arcane and affecting worlds of art and design.