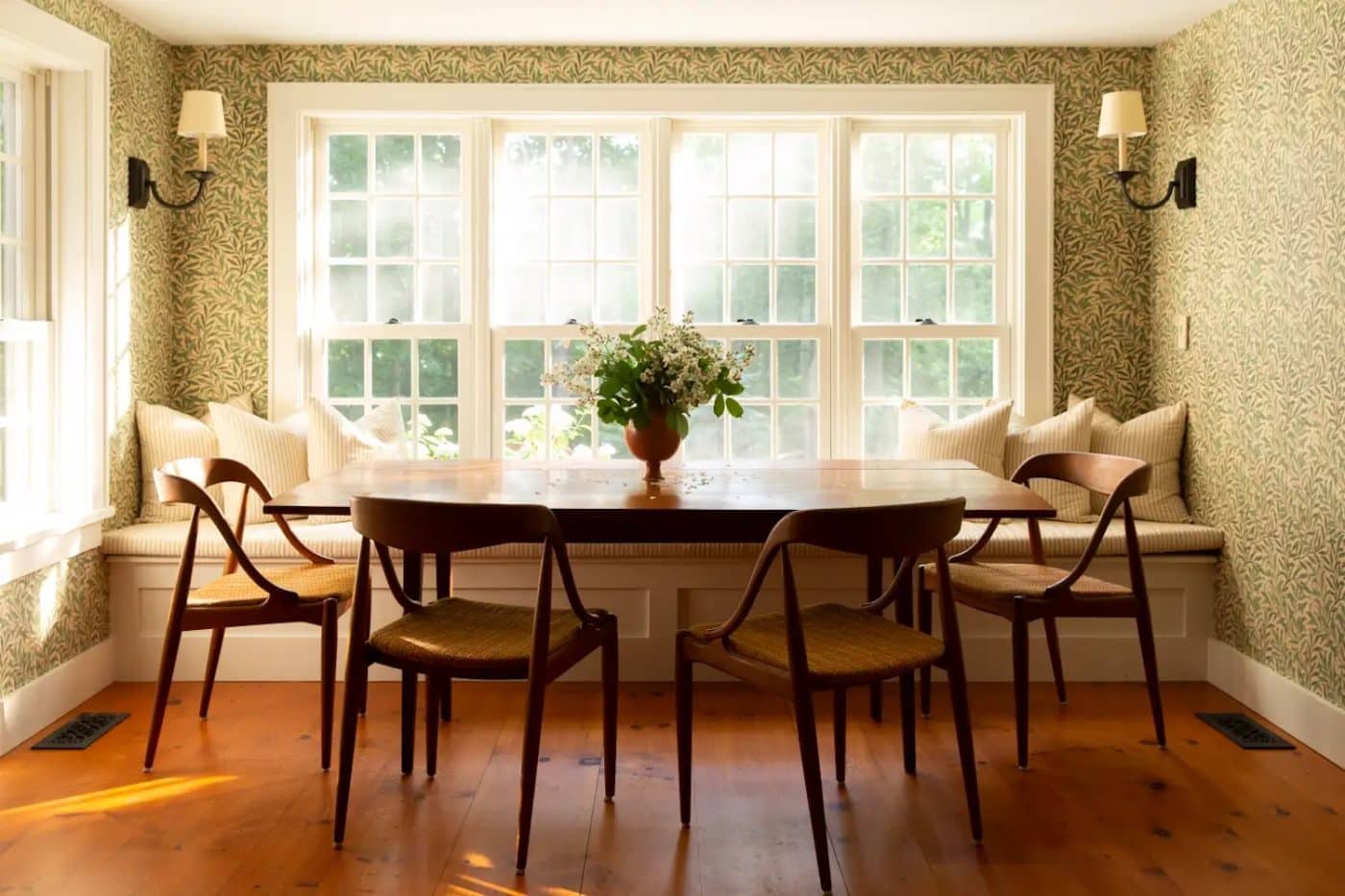 Hadley Wiggins preserves the charm of old houses while adding plenty of her own.

March 20, 2022Although she lived in many places as a child — California’s Marin County, New York, London and Martha’s Vineyard, to name a few of the places she called home — designer Hadley Wiggins noticed there was always one constant.

“My parents would spot some incredible property that had maybe been abandoned or had vines growing over it, and they would resurrect it,” she says. “They would do this version of flipping that was for the joy of reimagining and rediscovering the space, exercising their creative muscles.” It was an upbringing that resulted in the kind of deep understanding of building and craftsmanship only firsthand experience can afford.

As a young adult, Wiggins earned her bachelor’s degree in art history and writing at Sarah Lawrence College and moved into a position as a brand manager for Ralph Lauren. Her time at the fashion house, she says, was “a master class in bringing a narrative, lifestyle and expression of character into your space.”

Uncertain about a future career but sure she wanted to work for herself, she eventually said goodbye to the corporate world and hello to interior design. “A friend of the family said, ‘I love your style. Would you do my pied-à-terre?’ ” she recalls. “And that one thing led to the next and the next and the next.”

Serendipity would strike again when Wiggins, by then living in New York City with a weekend home on Long Island, discovered that the owners of a favorite local antiques shop on the island’s North Fork had relocated. She inquired about the space and ended up signing a lease that very day. Within six weeks, she had her own antiques store up and running.

The venture helped to train her designer’s eye. “That store gave me a place to play,” she says. “It also gave me a space to develop a point of view in lieu of building a portfolio or working in a firm.”

Today, having been in the business for over a decade, the New York–based designer is known for her intuitive approach and ability to make subtle, unexpected connections, leading to the kind of singular interiors that take your breath away.

Wiggins spoke to Introspective about the versatility of Art Deco, her fondness for Tramp art and the real reason she watches Downton Abbey.

A big source of inspiration is period films — either new films set in a different time or old films. I have a hard time following them because I get really distracted by the aesthetics, and I pause them to take a screenshot or a picture of the TV screen.

Out of Africa and I Am Love are favorites, and I watch Downton Abbey because I want to see what’s happening with the house! For me, those are movies and shows about houses, not necessarily about people.

My favorite designers are time and age. I design with eighty percent antiques, in part because they do the heavy lifting for me to create unique environments. I love that there’s only one of that lamp, with that patina and the particular life that item lived. So when I’m searching on 1stDibs, I’m not doing it by designer name necessarily. I either respond to an item or I don’t.

What are your favorite design styles or periods?

Art Deco is one. It’s at once really romantic but structured. It acts as a bridge or transition in a room — it accepts a lot of neighbors. If I’m looking for a piece to help me hit the right note in a space, something Deco usually does the job. It’s like a tool for me.

Tramp art furniture is also super inspiring to me. I just love the sculptural qualities, the intricacy, the details and the scale.

I’m happy if a room has ten styles in it. A mid-century piece should make its way in there, a Victorian piece, some sort of Biedermeier. A Gustavian element is going to be there. I would even throw in a 1980s chrome piece. The link between all of these in my work is tonality, or the weight of the object’s color — the density.

You know, it’s folk art for me. I’ve been lucky to work with people who have incredible, sophisticated collections, and I love being a part of the curation process and deciding how a collection is going to be displayed. I always bring a lot of folk art into it.

I think the tête-à-tête, that conversational nook or chaise, is something that’s underrated.

Garzón, Uruguay, which I was introduced to by a friend. I’m here now for a project, and I hope I’m down here a lot. It’s really best described as a Marfa, Texas–style mirage of an art community in a setting that is Tuscany-meets-Patagonia.

What would your dream project be?

My dream project involves restoring or preserving an existing structure that’s like a giant antique with ancient masonry, such as a former school building or factory. Something that’s been through many iterations but hasn’t been screwed up with well-intentioned but ill-inspired modern updates. My fantasy description would include the phrase “It appears to have been abandoned many generations ago.”

What sets you apart? What do you do differently or better than anyone else?

Thanks to my parents, I think I bring a real knowledge and understanding of construction. You have to understand the implications of your aesthetic choices.

I’ve also learned a lot about the interaction between a home and the land. For me, a house has to be held by the land — there has to be harmony there. You can’t just plop a house down. I think I have the same kind of approach with design. I don’t want to just plop an interior into somebody’s life. It has to be their life, you know? 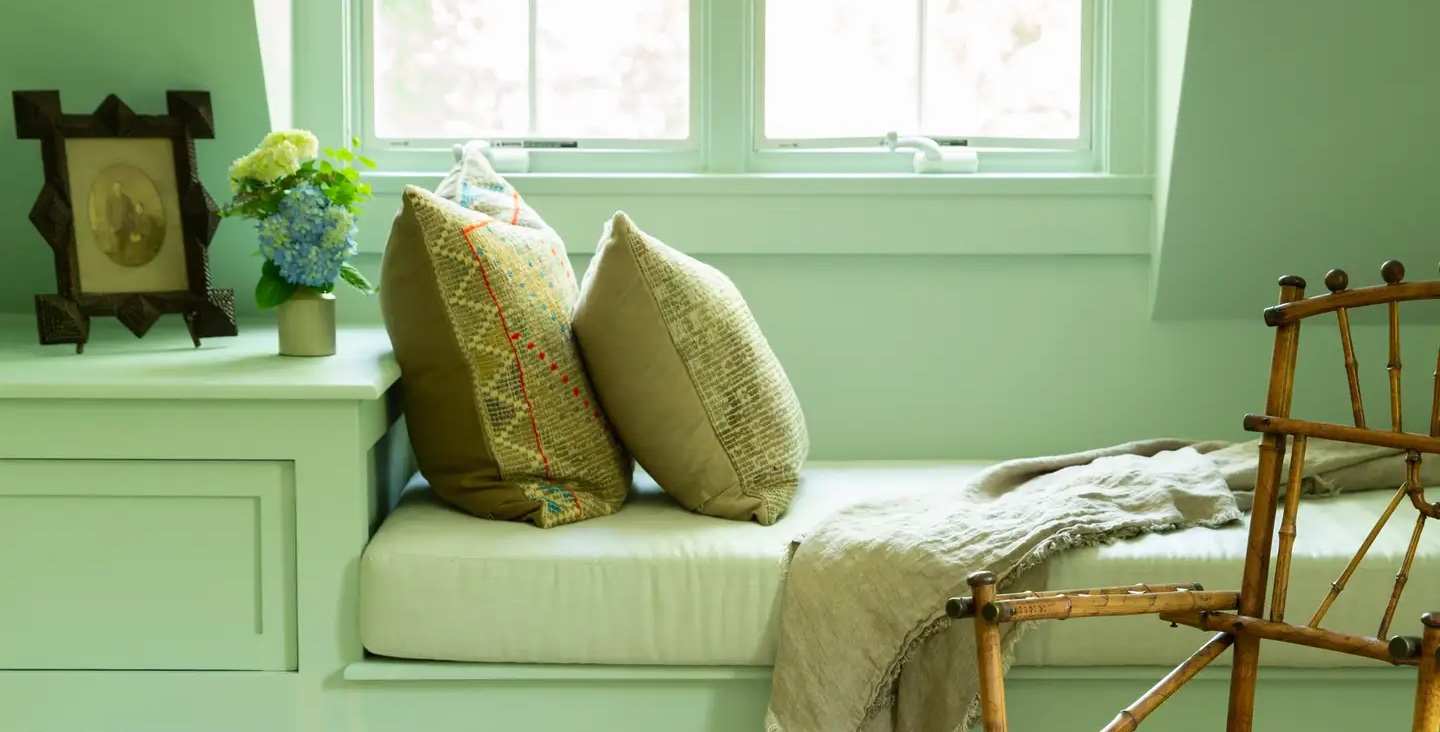