Designers are beginning to see this enigmatic form of folk art in a whole new light.
by Megan Cipollini
Pin
Share
Tweet
Email 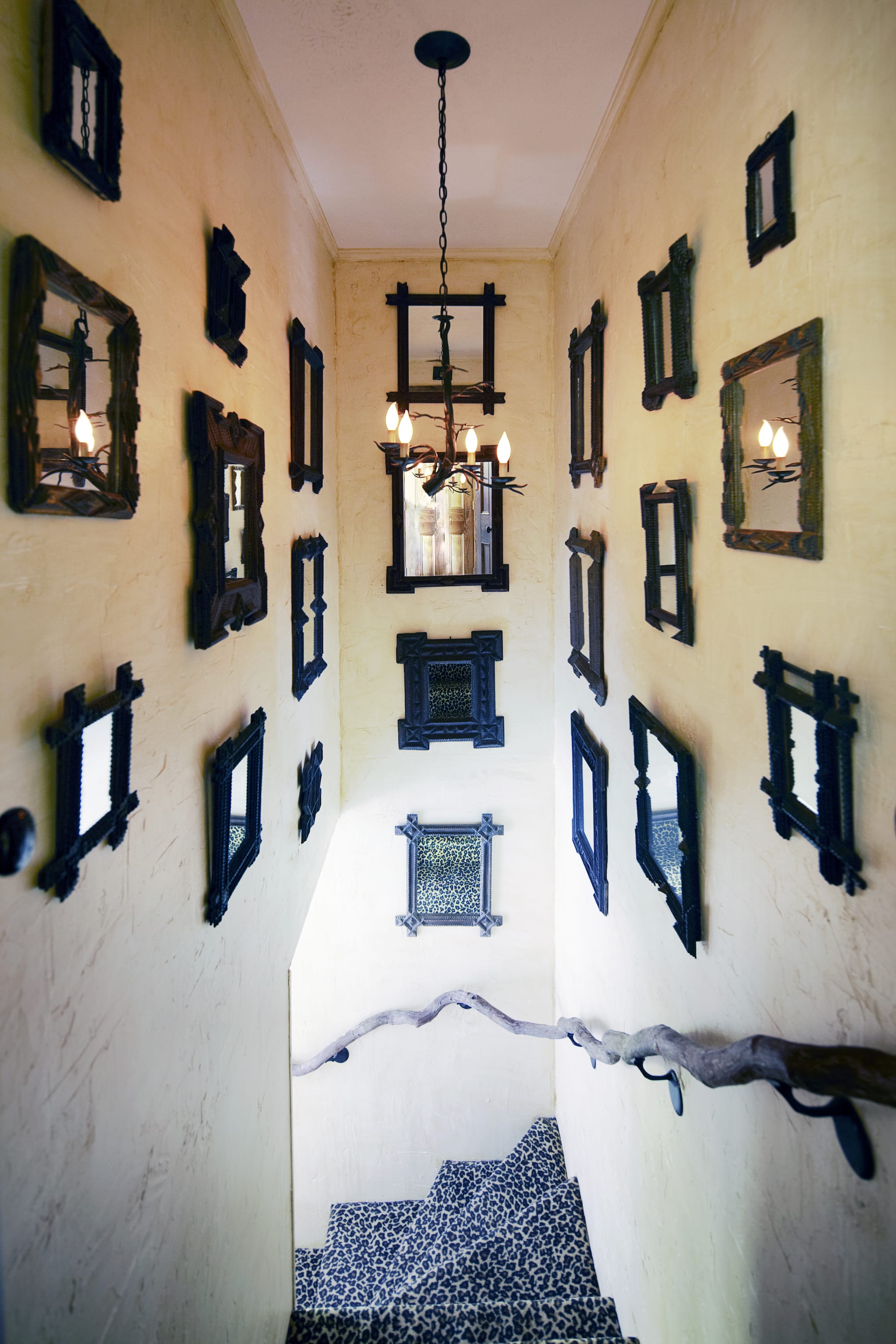 Never institutionalized, the craft of tramp art was passed along from person to person, leaving a vast trove of unsigned works and just as many mysteries surrounding this American folk tradition. But now, as collectors and researchers begin to shine light on the curious art form, designers are taking note.

As San Francisco designer Ken Fulk puts it, “I’ve long been a collector of tramp art — from boxes of varying shapes and sizes to a prized rare floor lamp. For me, tramp art as a decorative art form is the perfect mix of high and low. It’s simultaneously primitive yet terribly sophisticated.” 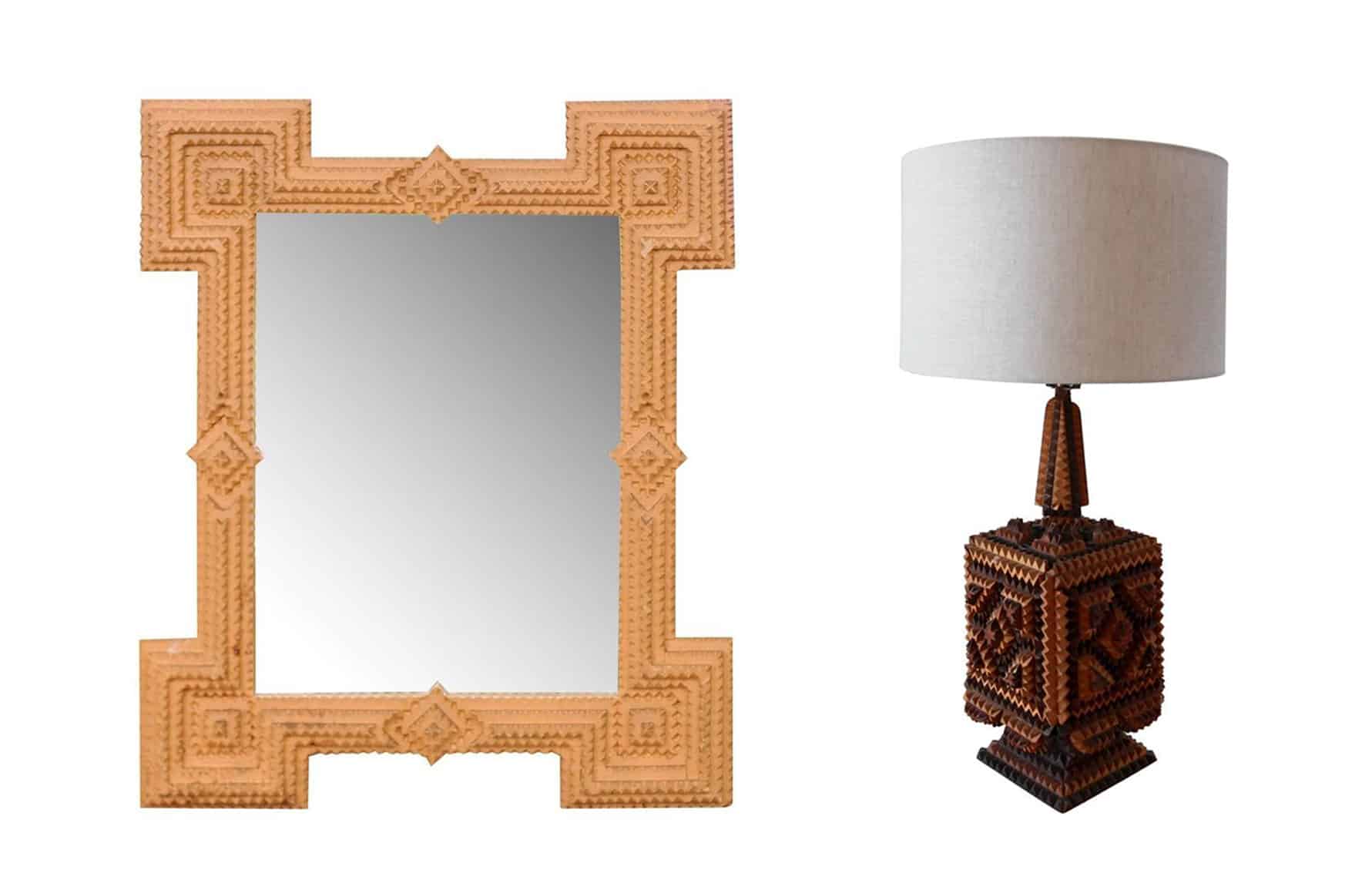 One thing we do know is that the name was a contemporary invention and had nothing to do with the craft itself. In other words, tramp art wasn’t called “tramp art” by the people making it. And the people making it, for the most part, weren’t tramps.

In his 1995 book Hobo & Tramp Art Carving: An Authentic American Folk Tradition, author and traveling man Adolph Vandertie had this say about the label: “Tramps and hobos really should be known for whittling whimsies — a very popular pastime for them — not for making tramp art.” By the time he wrote the book, though, the term tramp art had already been tied to the specific type of layered, chip-carved creations seen here.

The fact that nearly all works made in the distinct style — mirrors, picture frames, sewing boxes, jewelry boxes, wall pockets and comb cases — were conceived for the domestic sphere further disproves the theory that they originated from itinerant people. 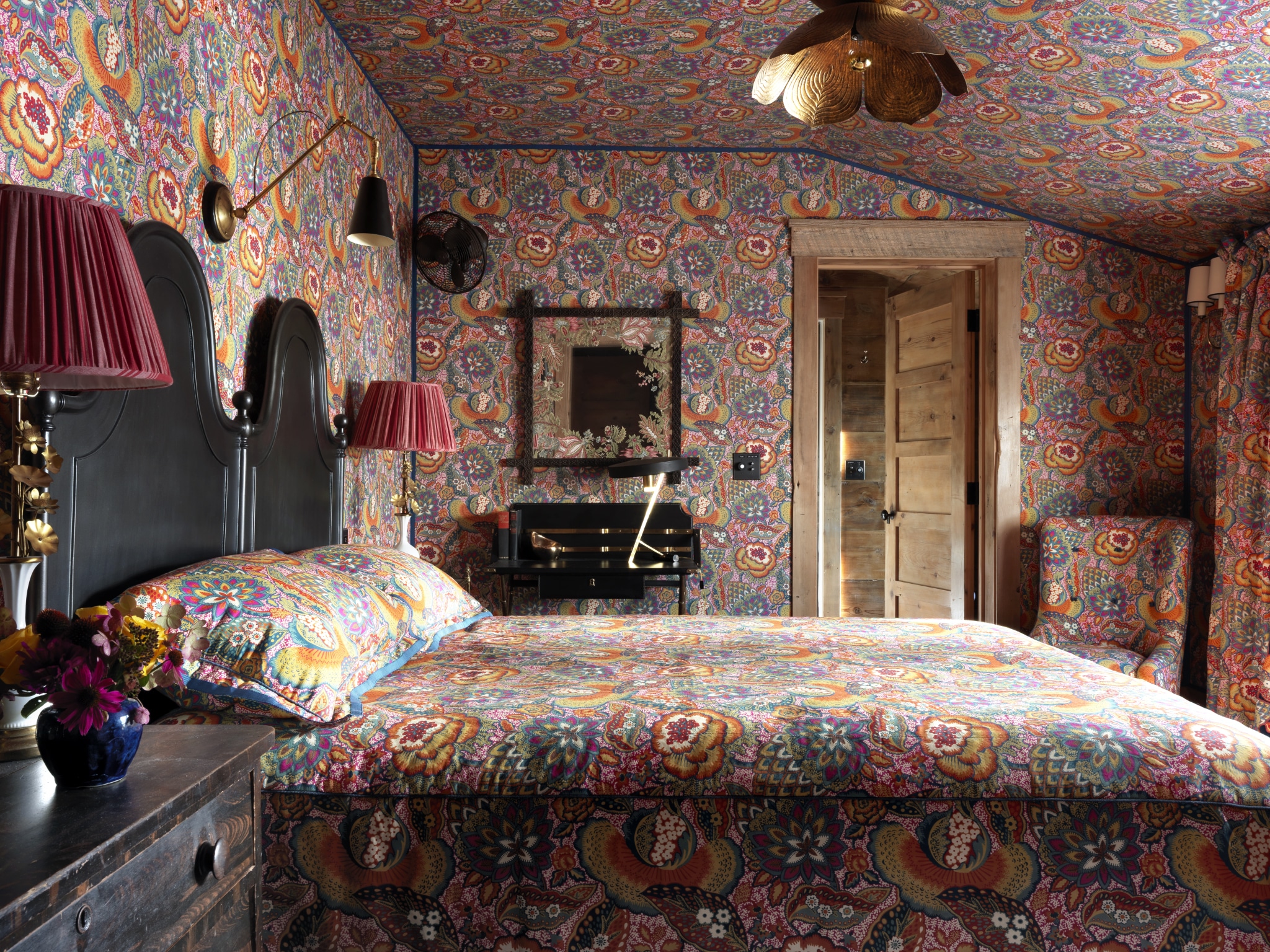 A major breakthrough for the misunderstood tradition comes in the form of “No Idle Hands: The Myths and Meanings of Tramp Art,” on view at the Museum of International Folk Art in Santa Fe through September. As the exhibition demonstrates, tramp art spawned from the waste-not-want-not attitude that had its roots in America’s pre–Revolutionary War period and peaked during the Great Depression.

It’s also indicative of a society that venerated hard work and feared idleness. Beginning in the 1850s, when faced with the byproducts of the industrial revolution — namely cigar boxes and boards from shipping crates — amateur artists put their frugality and work ethic to the test in creating their highly stylized, notched pieces. Later generations went on to carve major pieces of furniture, including desks, dressers, wardrobes and cabinets, with tramp art flair.

On how one such object — namely a thin, wooden picture frame — wound up in the wildly patterned master bedroom of a London home (shown above) by Sibyl Colefax & John Fowler, design director Emma Burns says, “This mirror was sourced from a wonderful shop in Barnes, in southwest London, called Tobias and the Angel. It found its way serendipitously to this room, as when installing, I realized it would be the perfect piece. It stands up to the ravishing and strong fabric on the walls, suits the atmosphere of the place and sits happily over a writing table by Jacques Adnet!” 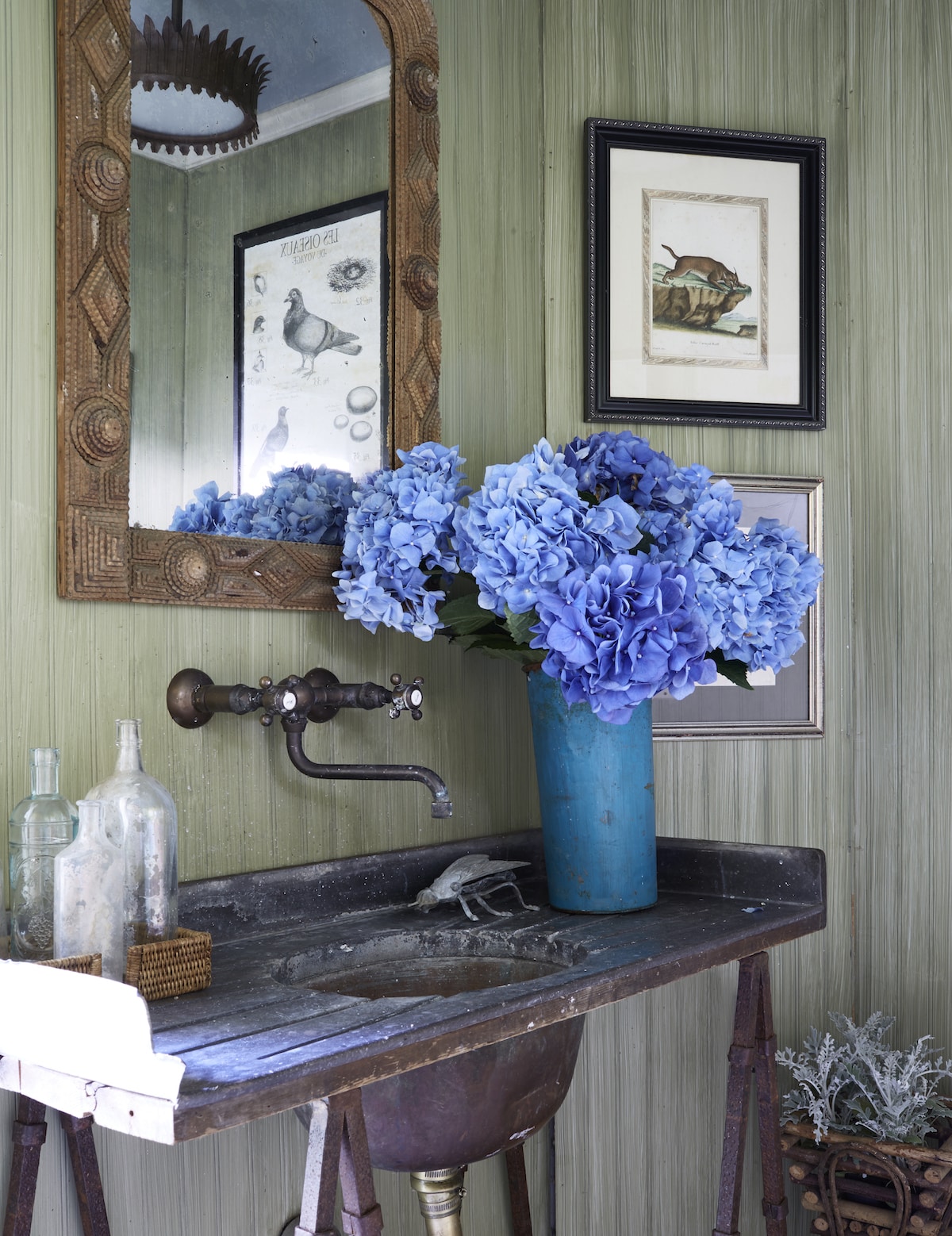 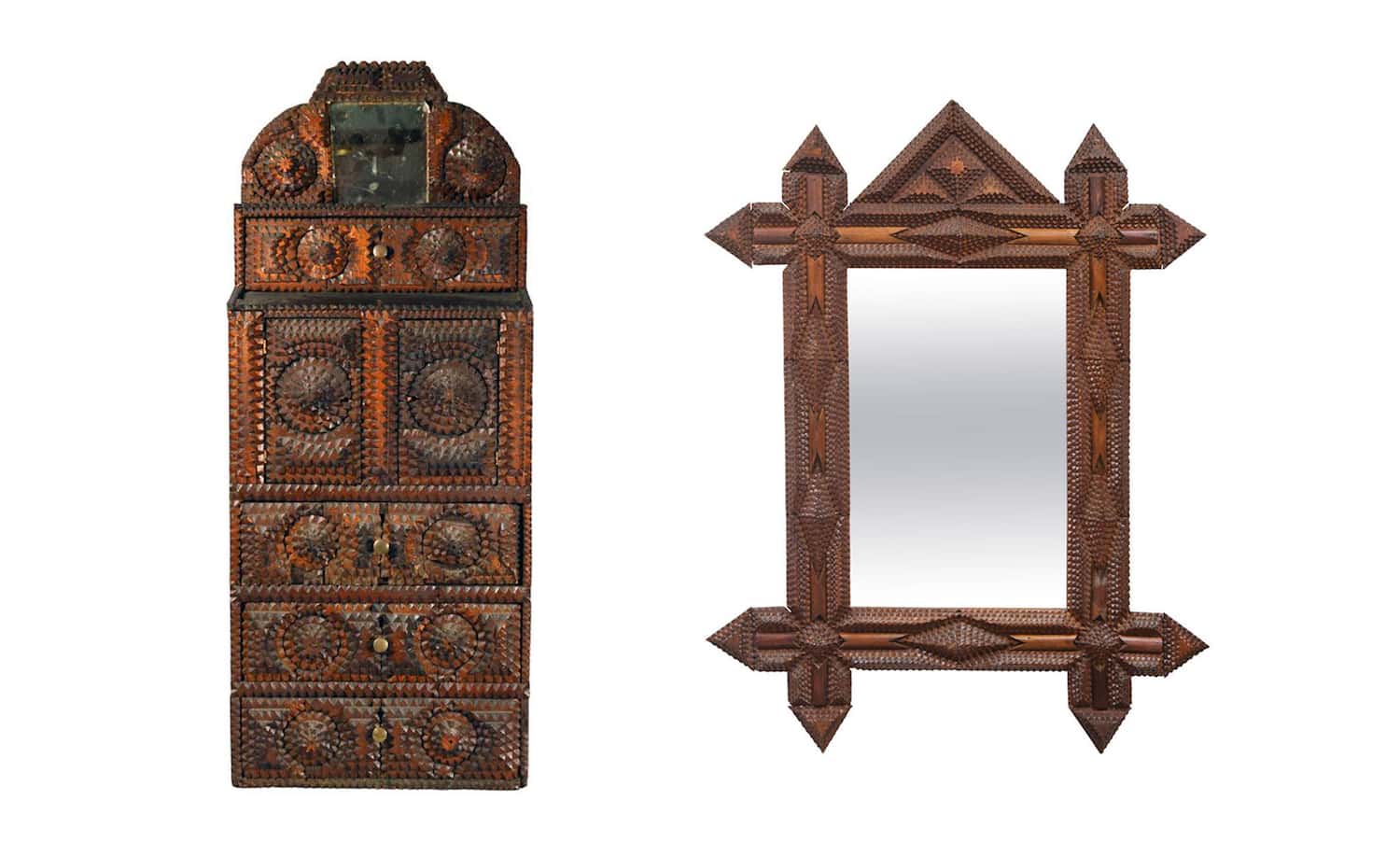 House Beautiful prominently featured tramp art in its April 2017 issue, which showed the 1850s New Jersey home of designer Michael Maher. Inside the property’s potting shed (above), earthy and rustic elements, like sage-green beadboarding and an antique zinc sink set on two iron sawhorses, compliment the generously proportioned mirror. Another House Beautiful story, from February 2013, had photos of tramp art in the playfully eclectic North Carolina mountain home (top photo) of designer Will Merrill, who is an avid collector.

As Merrill enthusiastically shares, “I remember buying some of the biggest and the most elaborate tramp art pieces in Paris. I used to go there every year or so and always went to the flea market. Then I bought two of my best ones, with paintings set in them, in an antique shop on the Rue de l’Université. The collection just grew! I have in the warehouse a fairly large group of tramp art boxes and small chests. I don’t have room for them all in this house!” 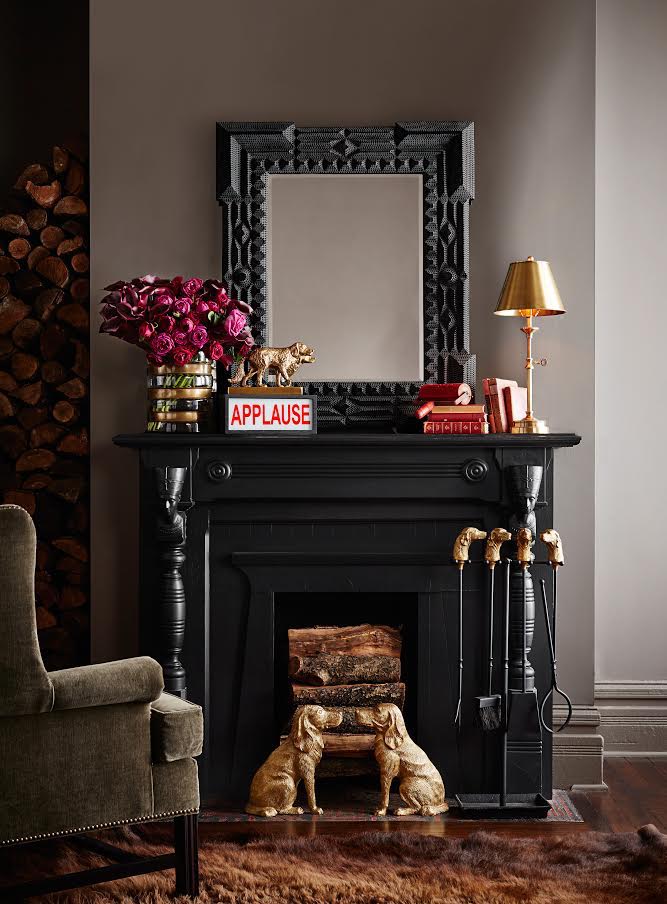 Now, designers like Ken Fulk are making furnishings that are directly inspired by tramp art. “Finding good tramp art pieces — especially ones of any significant scale — is challenging to say the least,” Fulk says. “To help alleviate that endless search, I designed a beefy mirror that was reminiscent of the early tramp art pieces I so loved but also would feel right at home in a contemporary setting.” This, he did for his most recent collection for Pottery Barn. He obviously has full faith in the power of tramp art to win the hearts of today’s design enthusiasts. 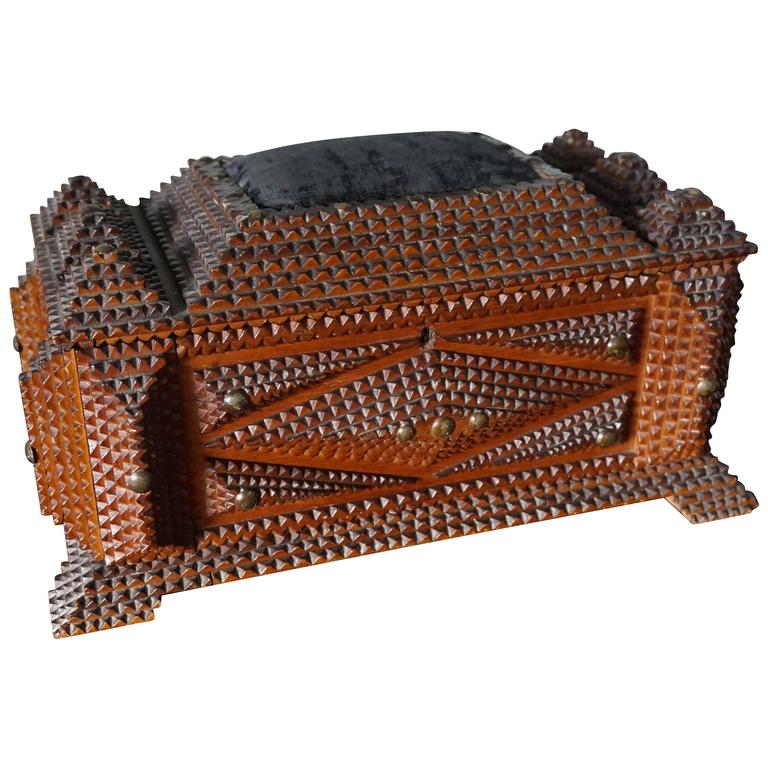