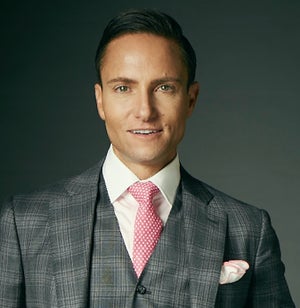 Ken Fulk is a designer of experiences large and small. He is renowned for his layered interiors, high-concept hospitality brands and unforgettable parties. The Virginia-born designer has spent the last 25 years developing a business by elevating the daily lives of his clients, not only designing their homes, jets, restaurants and hotels but also creative directing birthdays, weddings, dinners, anniversaries and family getaways.

With a team of 80 "Fulkers" in San Francisco and New York, Ken Fulk Inc. has gained international acclaim with widely published residential and hospitality projects from Mexico to Miami and Provence to Provincetown. Fulk has been named to Architectural Digest’s AD 100, Elle Decor’s A-List, Luxe's Gold List and was twice-nominated for a James Beard Design Award.

As co-proprietor and creative director of properties ranging from historic hotels in New Orleans and the Berkshires to New York's Noda and Felix Roasting Co., Fulk has expanded his impact beyond the boundaries of design. In 2018, he founded Saint Joseph’s Arts Foundation, a non-profit dedicated to supporting local artists at revitalized historic landmarks in San Francisco and Provincetown. Upcoming projects include the creation of a 100% plant-based restaurant and performance venue in Wine Country and the re-opening of The Chrysler Building's famed Cloud Club.