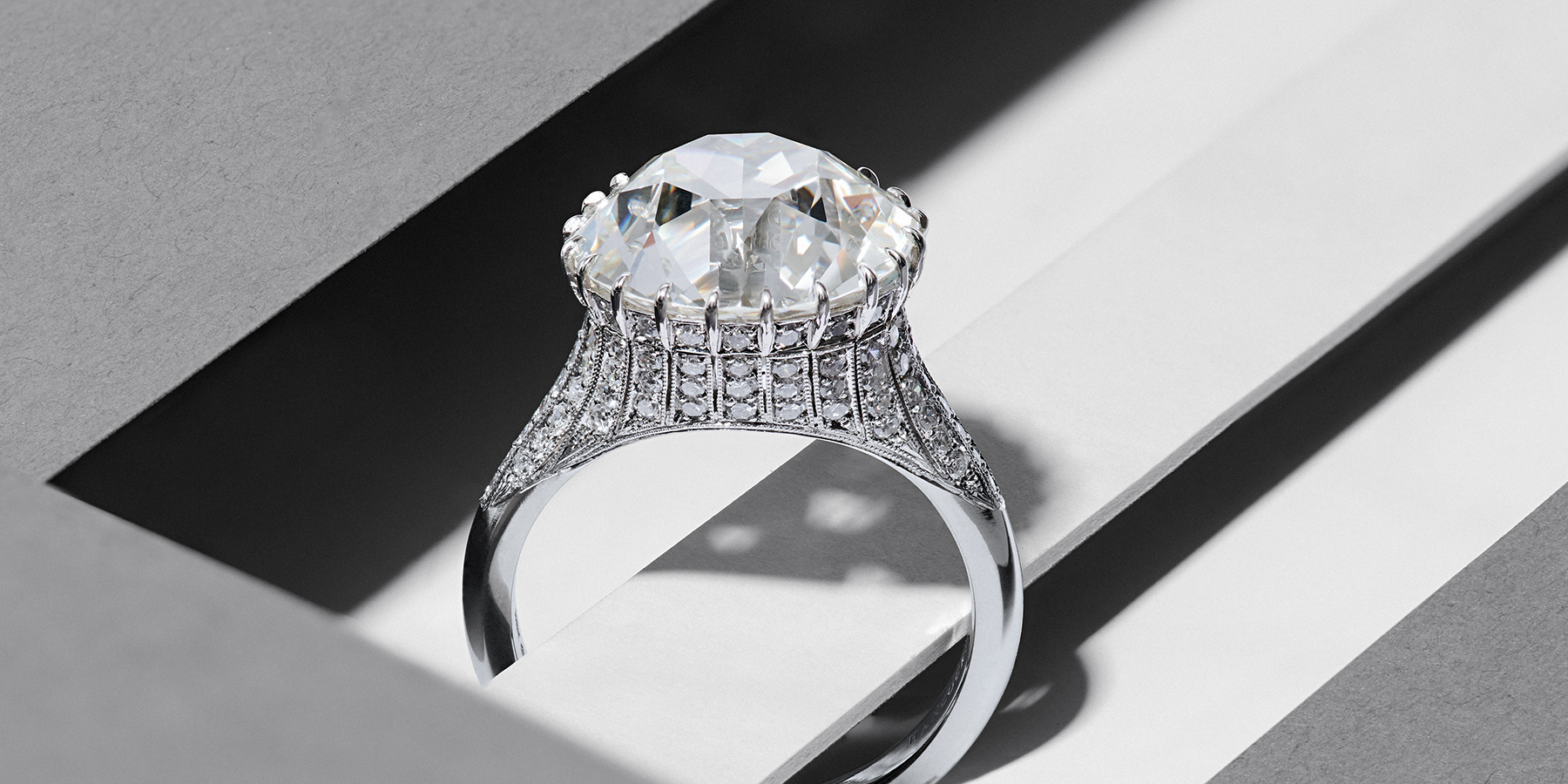 Old Diamonds Have Become a Gem of Choice for Millennials

Guy Burton from Hancocks explains the appeal of vintage stones in engagement rings.

Millennials have changed the course of many industries with their lifestyle choices. The way we work (mobile), shop (online) and share our lives (via social media) can all be credited to this generation. A shift in engagement ring styles can also be attributed to millennials looking for something unconventional to symbolize their love. One alternative choice rapidly gaining in popularity is designs set with diamonds that were cut by hand decades ago.

Guy Burton, bespoke director at the esteemed vintage jeweler Hancocks, in London, has been at the forefront of the movement. At 36 years old, he not only understands the mindset of millennials but is one. Burton and his sister, Amy, who is a designer for the firm, are knowledgeable about jewelry beyond their years, having learned at a very young age about the illustrious history of Hancocks, which their parents, Stephen and Janie, acquired in 1992. 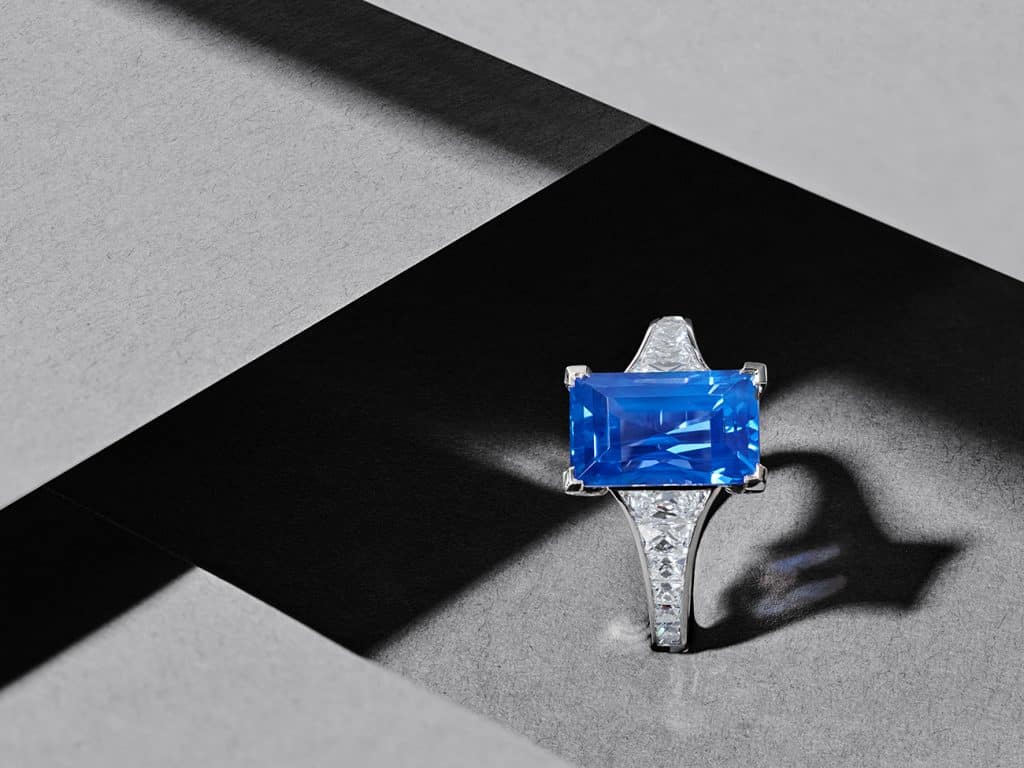 Founded by Charles Frederick Hancock on the corner of Bond and Burton streets in London in 1849, Hancocks received a royal warrant from Queen Victoria during its first year in business. Ever since, the firm has had an impressive array of aristocratic clients and sold a large number of illustrious gems and jewels. Among the items that passed through Hancocks were the Hope Diamond and Princess Margaret’s Cartier diamond rose brooch, which she wore to the 1953 coronation of her sister, Queen Elizabeth II.

Sometimes historic jewels circle back to the firm. “In 1870, Hancocks sold the Prince of Wales, Edward VII, an Egyptian Revival gold and gem-set necklace as a gift for his mistress, actress Lillie Langtry, who portrayed Cleopatra on stage,” recounts Burton. “We bought it back years later, and the jewel was worn by Meryl Streep in the 2006 film The Devil Wears Prada.” 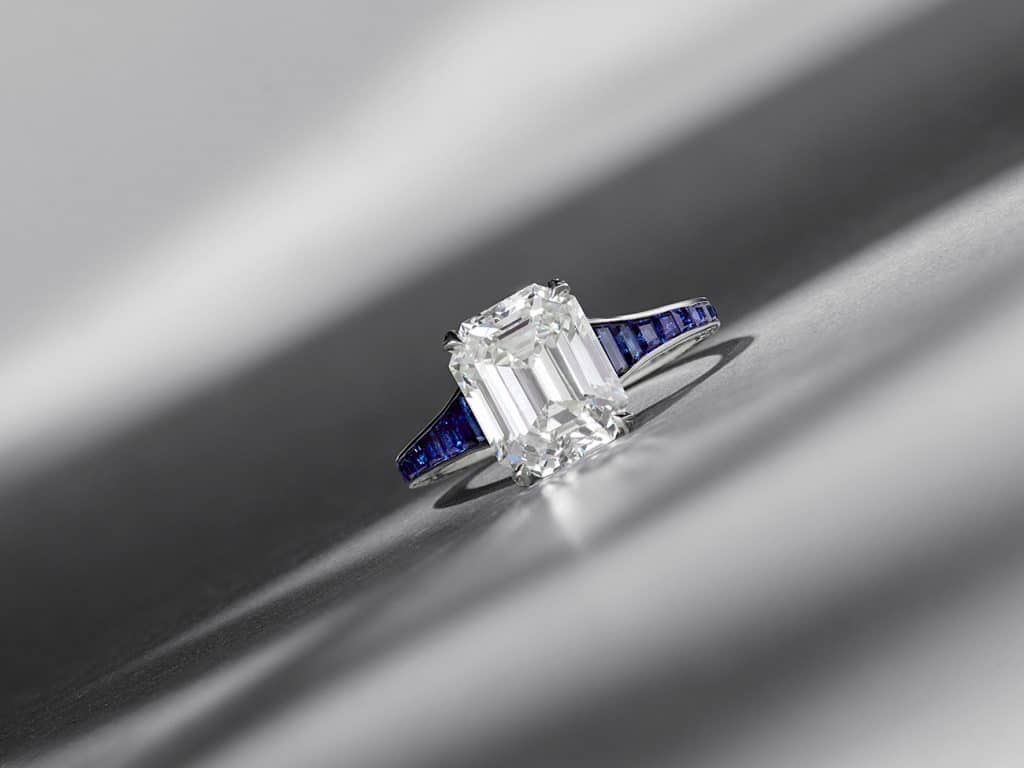 In addition to learning the firm’s lore, Guy gained hands-on experience in the boutique and in the Hancocks booth at the annual New York jewelry trade shows, beginning when he was around eight years old. “My sister and I would just do simple tasks to help out our parents, like polishing the jewelry cases,” he remembers. “In the process, we definitely picked things up about jewelry, and it sort of became ingrained in us.”

Burton officially joined Hancocks in 2008 and began to carve out a niche in the family business by specializing in diamonds. He earned his Diamond Diploma, the equivalent of a Graduate Gemology degree in the United States, and became a Diamond Member of the Gemmological Association of Great Britain (DGA). At first, Burton worked with modern stones, but he soon realized he had much more of an emotional connection with older cut diamonds.

The main reason for his attraction to these stones was the artistry of the gem cutting, a lot of which was done in London. Thousands of gem cutters worked in the city to process the diamonds that streamed in after the 1867 discovery of the Kimberley Mine, in South Africa. The way they hand cut and shaped the stones was distinctly different from what modern lapidaries do. “The best old diamonds have high crowns [the top section of the stone] that release a spectrum of colors,” says Burton. “Some really nice late Victorian gems are chunky, and there were really beautiful Asscher cuts done during the 1930s that display amazing angles a gem cutter would not work in today.” 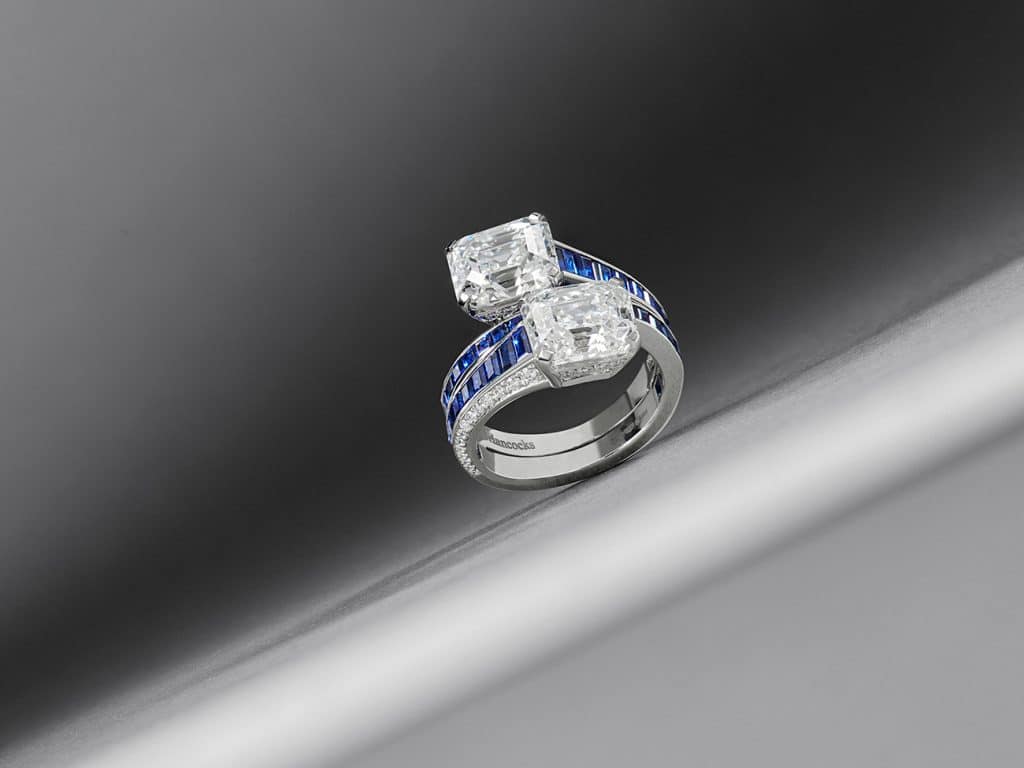 In addition to cut, another important measure of a gem’s quality is its color grade. Burton points out that a stone’s color grade doesn’t affect the way it emits light, only its shade; it’s a matter of personal preference. The highest, D grade diamonds are “colorless” and, in today’s market, far and away the most expensive. Most fine jewelers won’t sell stones below an I, or “near colorless,” grade. Hancocks carries antique diamonds that range from D to Z. Those graded K to Z are very light yellow or yellow and are far more common in vintage jewelry. “Some of my favorite diamonds are Y to Z colors,” says Burton. “The gems in the O to Z color range, which are referred to as Cape diamonds in the trade, can be as much as forty percent lower in price and can offer a great value and unique look in an engagement ring.” 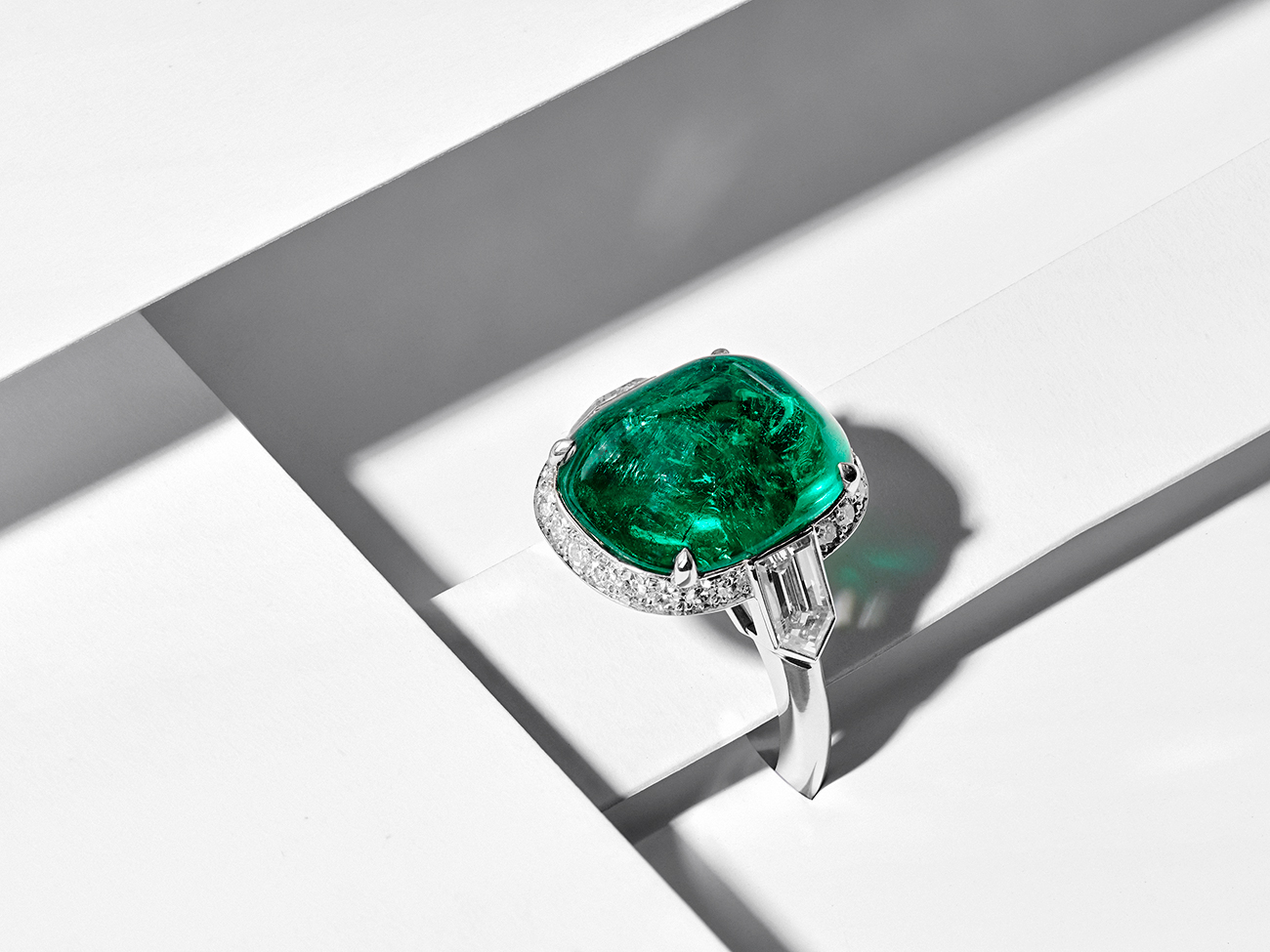 Of the four Cs — color, cut, clarity and carat weight — clarity is the most important to Burton. “You want an eye-clean stone,” he says. “You don’t want to see any inclusions when you look down at it.” Gems don’t have to be absolutely flawless, but the inclusions should be far from obvious. 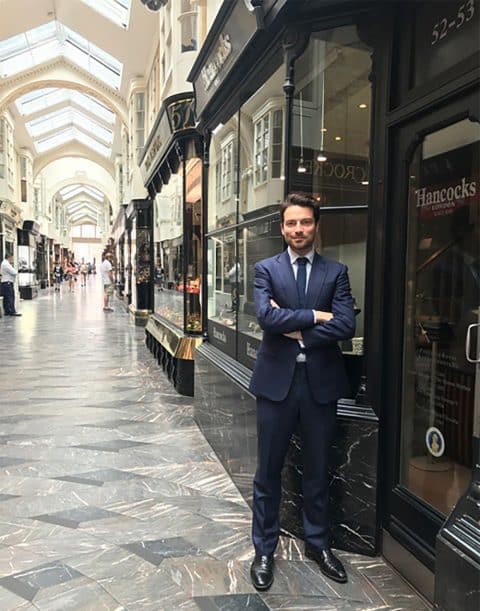 Guy Burton, bespoke director of Hancocks, in London, has been immersed in the jewelry business since his parents bought the storied firm when he was a child.

Burton personally selects each and every stone at Hancocks. They are set in a vast array of rings by the same London workshop the firm has employed throughout its history. Each ring style harks back to the periods when the diamonds were cut, approximately from the 1880s to the 1950s. After that came the beginning of the modern diamond industry and a different type of diamond cutting.

This combination of old styles and vintage gems results in engagement rings distinguished not only by their quality but by their individuality. That is something millennials covet and is leading many who might not have thought they wanted a diamond to have a change of heart. 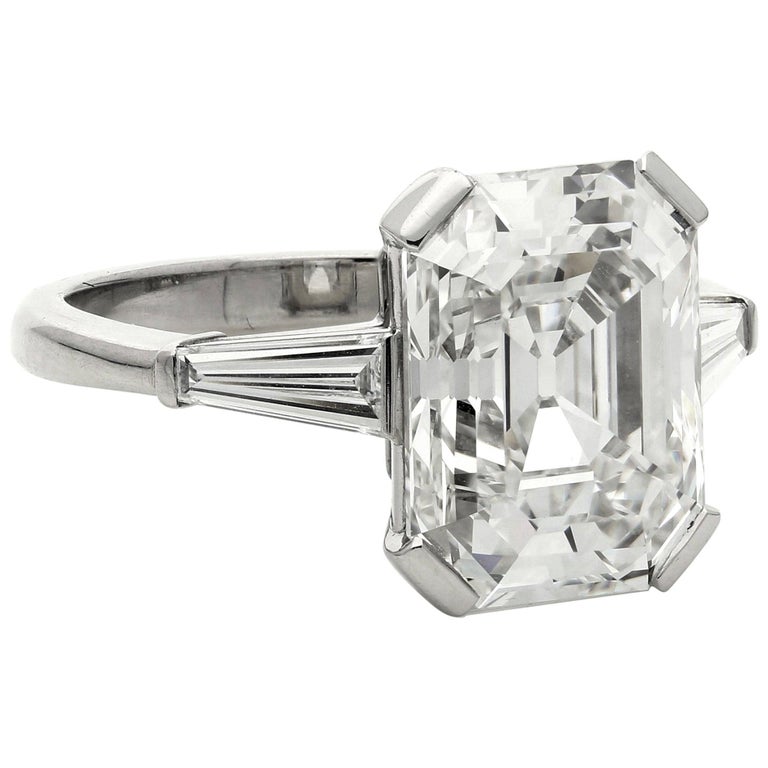 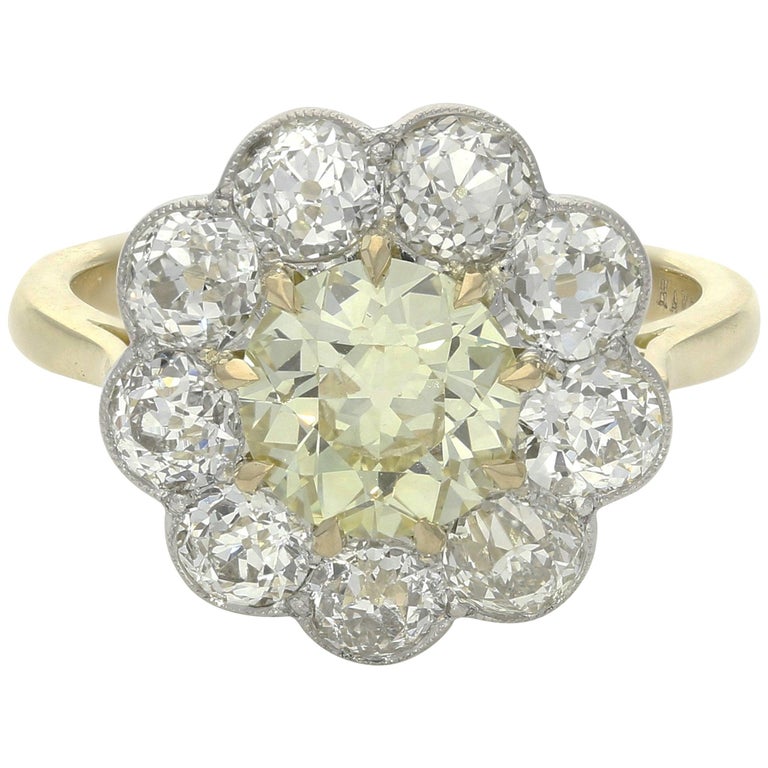 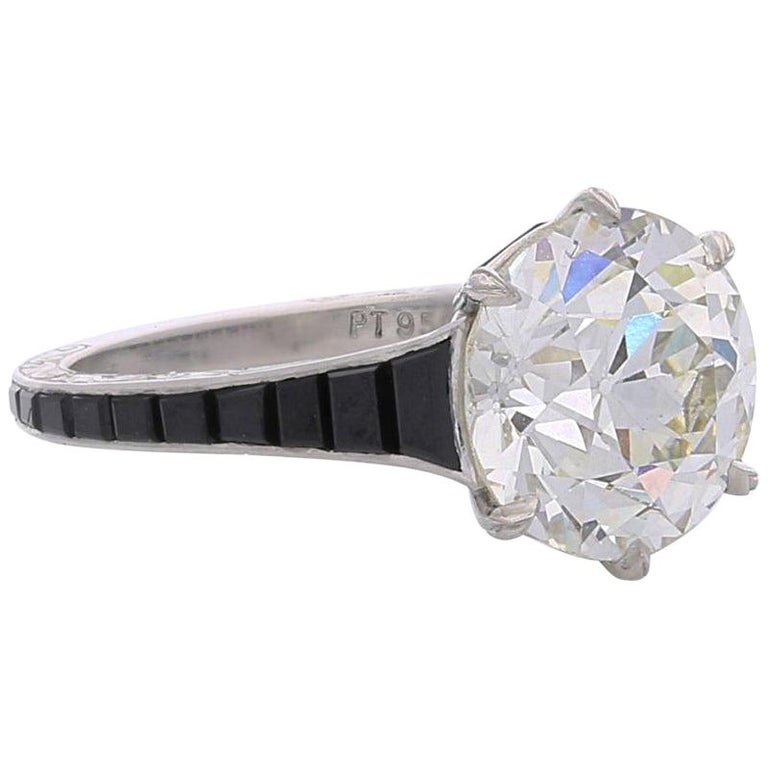 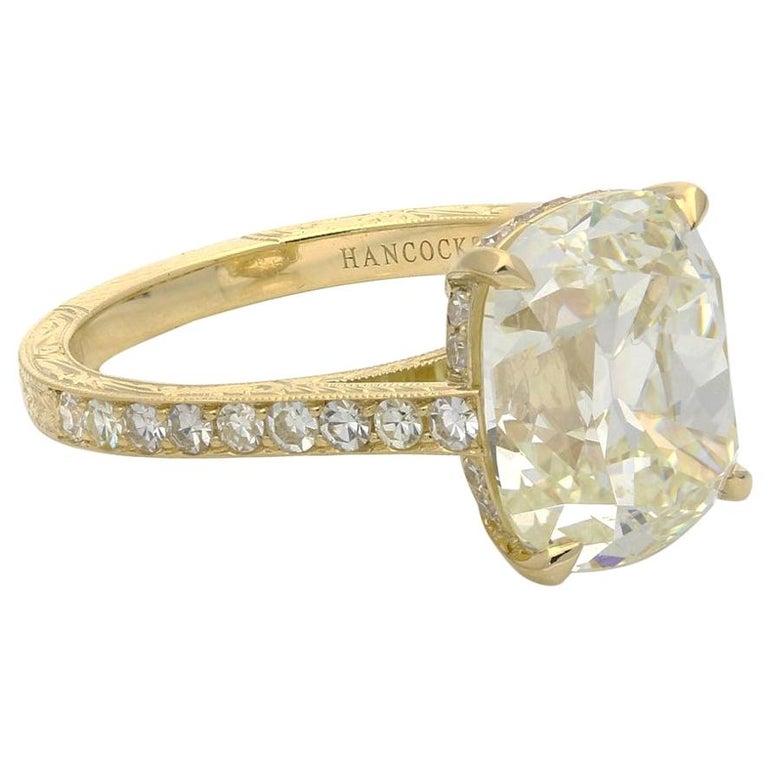 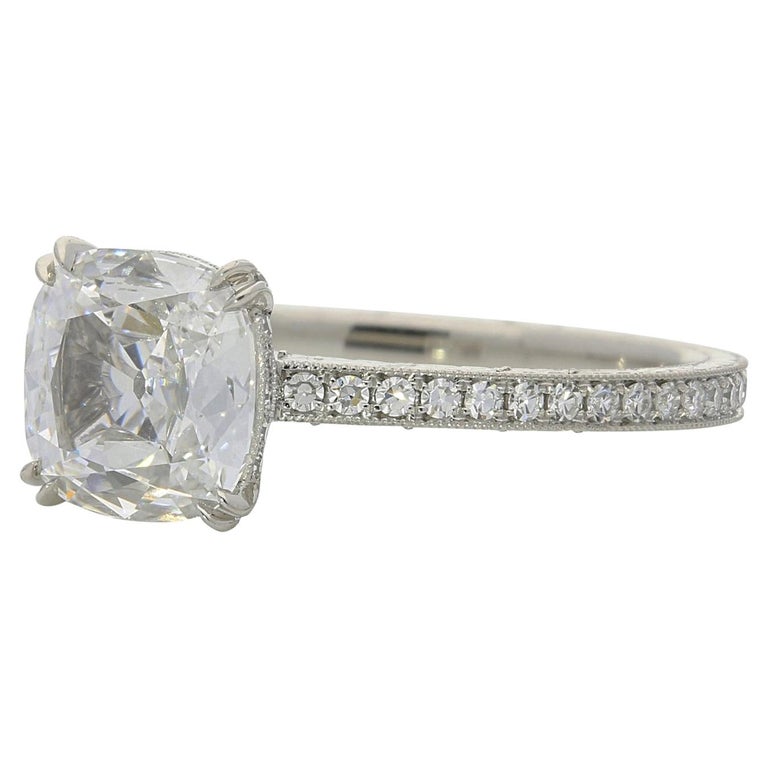 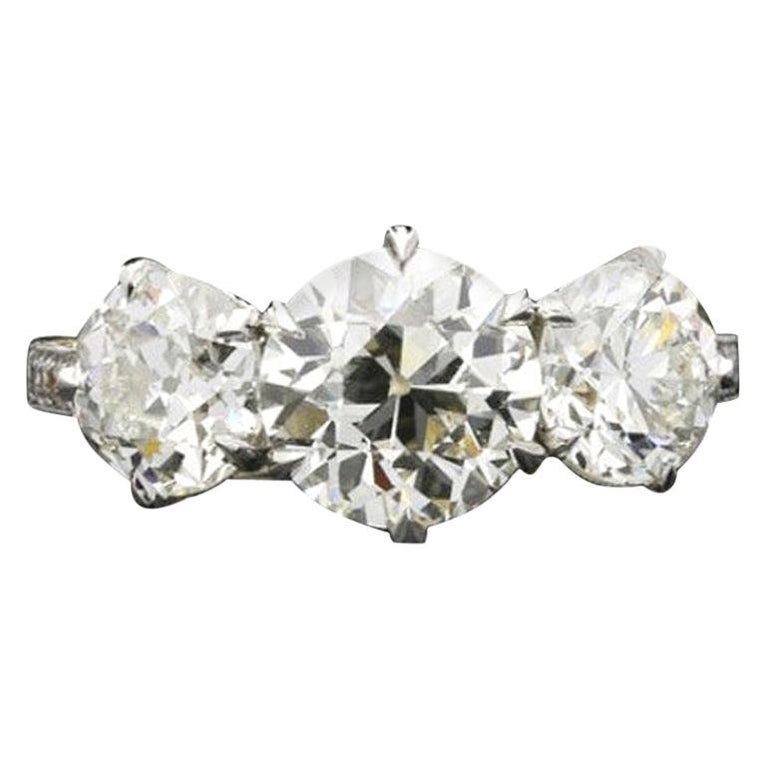 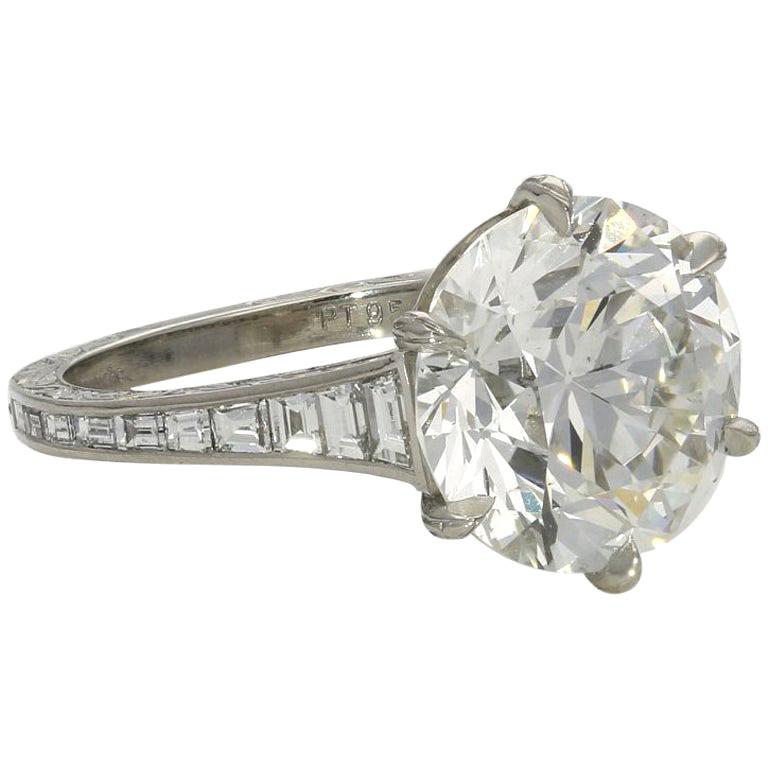