When It Comes to Exceptional Vintage and Antique Rings, Berganza Dazzles 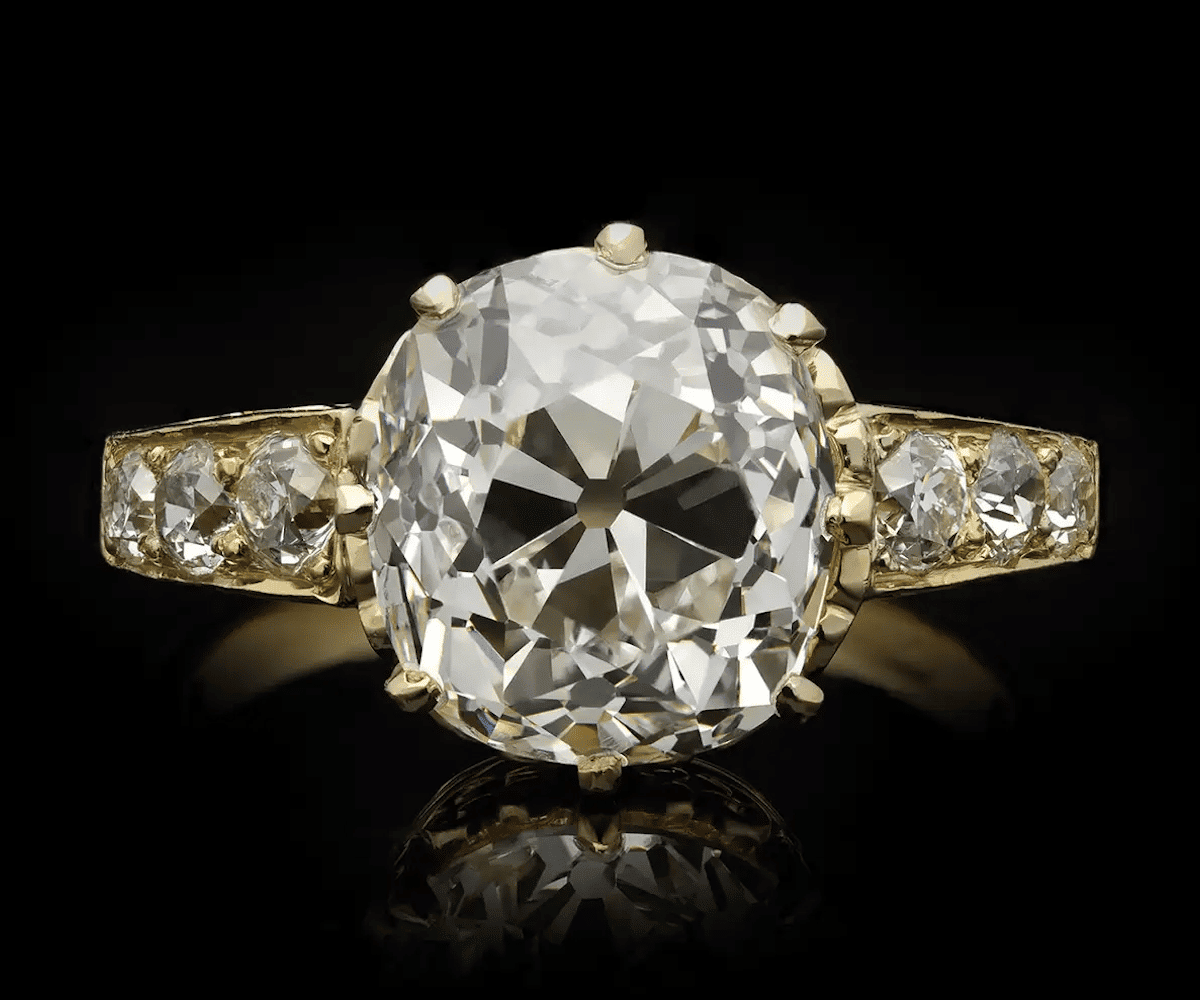 The discerning U.K.-based dealer is deeply focused on the rarity, history and provenance of a jewel, whether it’s a 19th-century tiara or a pair of 1960s earrings.

August 21, 2022Some estate and antique jewelry dealers concentrate on certain eras and styles — say, French Art Deco masterpieces or mid-century extravaganzas by Jean Schlumberger and Oscar Heyman. Not Berganza. The celebrated London firm, based in the Hatton Garden district, cannot be defined by a specific time period or aesthetic movement. It is best understood as an authority on jewels that are “rare and unusual, with a focus on rings, each one having been expertly handcrafted with the tools available at the time,” says Zoe Kerridge, a senior specialist at the company.

“We are very lucky to have one of the largest collections in Europe,” she adds, noting the firm’s holdings from the Roman, Viking, medieval, Tudor, Georgian, Edwardian and Art Deco eras. “Our signed antique and vintage pieces are also incredibly sought after, due to the combination of high-quality gemstones, the highest level of craftsmanship and the unique design that was involved.”

Berganza is known as well for museum-quality pieces set with untreated jewels. “Today, the majority of gemstones have been treated in an attempt to attain the colors of their natural counterparts,” explains Kerridge. “Natural, unenhanced material is not only exceptionally beautiful but also a much better and safer investment than a treated stone.”

Exceptional gems are in the company’s DNA. In the 1950s, Berganza founder Paul Daughters would accompany his father on gold and opal prospecting trips in Australia. Back in England, he apprenticed with a prestigious lapidary company in Hatton Garden before starting one of his own while still a teenager.

Forever searching for unique precious stones, Daughters found that acquiring antique jewelry was a natural progression. So in the 1980s, he established Berganza.

Today, Daughters is chairman of the business, which has nine employees, and his son, Justin, managing director. “Justin has an incredible eye for quality, craftsmanship and the finest gemstones and is responsible for sourcing and acquiring pieces for the collection from across the world,” says Kerridge.

“Over the years,” she continues, “we have expanded our shop to include research facilities and a library, which has enabled us to work more closely with museums for our historical pieces.”

Ahead, more from our conversation with Kerridge, who answered our questions in consultation with the entire Berganza team.

You are based in London’s Hatton Garden. What styles, eras and designers are high on your local clients’ wish lists?

With antique jewelry, each piece is one of a kind, and jewelry is very personal. However, we have seen a particular interest in yellow-gold engagement rings, colored gemstones for engagement rings — specifically emeralds and rubies — and ancient men’s wedding rings. These pieces can have thousands of years of history, and they are a rare opportunity to own something with immense historical significance.

Meanwhile, old-cut diamonds are always in high demand. We have a large selection of rings made with old-cut diamonds, which have been faceted entirely by hand, a skill long since lost to time. Cut with deeper proportions, these rare diamonds scintillate beautifully in the light and are very different from the diamonds of today. Faceting diamonds in this manner is no longer time- or cost effective, making these pieces particularly unique and valuable.

Is there a single piece in your current inventory that encapsulates the kind of “rare and unusual” jewelry Berganza is known for?

It is impossible to pick out one single piece from our impressive collection! However, one of our very recent acquisitions, an Early Bulgari Citrine Ring, is a very special piece indeed, and we are privileged to have it in our collection. The piece has the maker’s mark SB, for Sotirio Bulgari, the founder of Bulgari himself, and is engraved S.BULGARI XII. MCMXXV.

Our research has indicated that this ring is one of Bulgari’s first pieces, and it was made as a special commission for someone inside the Vatican. You will never come across another piece like this, and to own this ring is to own a part of Bulgari and jewelry history!

What items would you suggest to 1stDibs collectors seeking the best of the best?

The finest natural and unenhanced gemstones are incredibly rare and hold their value: Think Kashmir sapphires, Burmese rubies and Colombian emeralds,  or hand-cut diamonds like this Asscher-cut diamond ring and this old mine cut solitaire. Many people don’t even know it’s possible to acquire early and ancient museum-quality pieces like this ninth-to-eleventh-century ring, or pieces with rare provenance and history, such as this Elizabethan intaglio ring featuring Edward de Vere [the Seventeenth Earl of Oxford, lyric poet and courtier], because provenance is often lost along the way. We do have an incredible selection of important early pieces, medieval and Tudor in particular, that have immense historical significance and provenance, like this sixteenth-century sapphire ring and this posy ring, reputedly gifted by John of Gaunt, Earl of Lancaster and third son of King Edward III, to his mistress and subsequent wife, Katherine Swynford.

Let’s talk engagement rings. What advice would you give a friend?

Ignore trends. Your engagement ring is an item of jewelry that you should love for decades to come. Jewelry is very instinctual, so you should choose an item that you love. Antique and vintage engagement rings appreciate with time, making them excellent investments, as well as beautiful and wearable.

What would you say to a younger jewelry collector who is starting to acquire with more intention?

Remember that antique jewelry is limited, as every piece is entirely unique. It does move quickly, so if there is a piece that speaks to you, do not hesitate, as you would never be able to replicate or replace it. We find that everyone has individual tastes — we are all attracted to different eras, gemstones, designs. Your collection should be made up around pieces that you love and will enjoy for years to come. 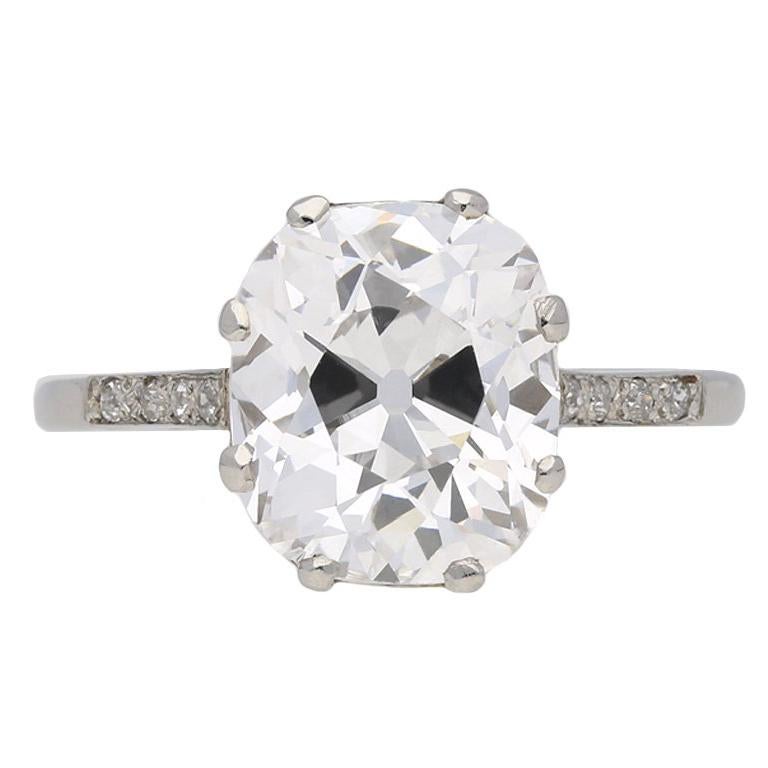 “The first significant source of diamonds was India, in the region of Golconda, a geographical territory that no longer exists but is composed of the present-day states of Andhra Pradesh and Telangana in India. The Golconda diamond in this ring contains a rare Type IIa diamond, a category of diamond that accounts for less than two percent of all diamonds in existence. Chemically, they are the purest, as they are devoid of nitrogen and therefore display a superior transparency that often is described in comparison to water. It’s a quality in which light passes through the stone unimpeded, giving it a soft optical appearance.” 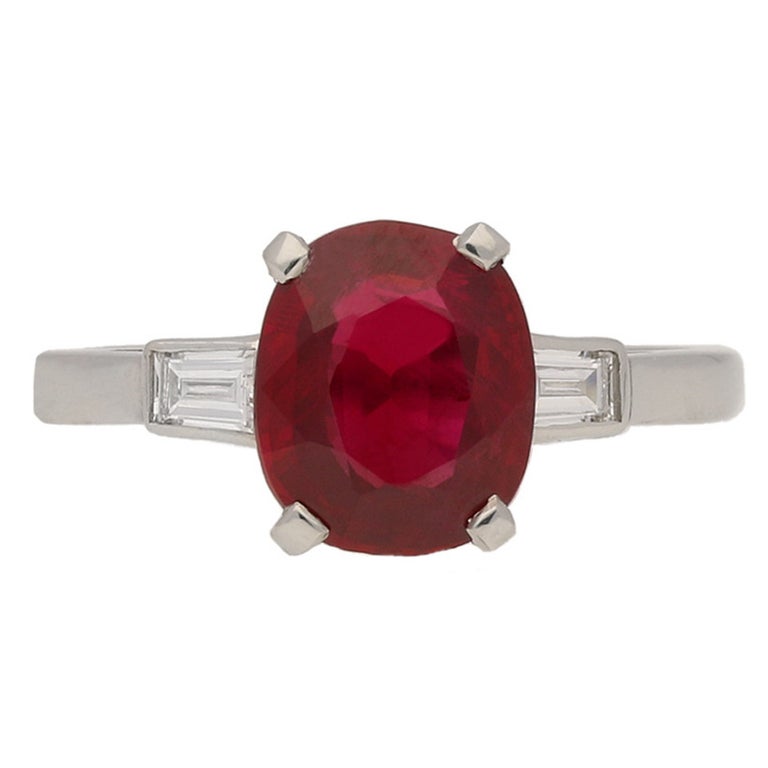 “Fine-quality, natural unenhanced Burmese rubies are rare, but pigeon blood rubies are very scarce indeed. The color is probably best described as a vivid, velvety blood red with hints of blue undertones — extremely captivating and strikingly beautiful. Given their rarity, sizable pigeon blood rubies are even more remarkable, and if a ruby is termed pigeon blood, it has fundamentally been given the mark of the highest quality.” 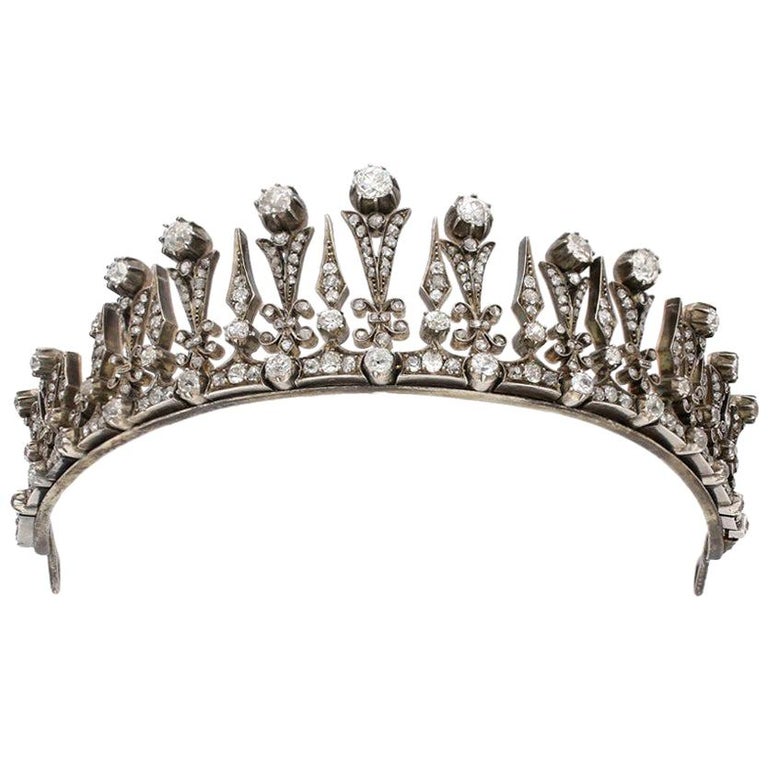 “This remarkable piece features rare old-mine diamonds, which, as the name suggests, are likely to have been sourced from the old, long-since depleted mines of India or Brazil. A tiara such as this would have been individually commissioned by the wealthiest and most influential individuals of their day, with each tiara being made to measure, adding intimacy and exclusivity to such an extraordinary piece. The history behind antique jewelry is often lost throughout time, so the provenance of this piece adds to its rarity. The translation of the French documentation reads, ‘Diamond necklace, origin: Monsieur Albert, Madame Charlotte Haller. Given to our daughter Monique Dèsés de la Méu. J:22nd of August 1936. Signed C. Haller.’ “ 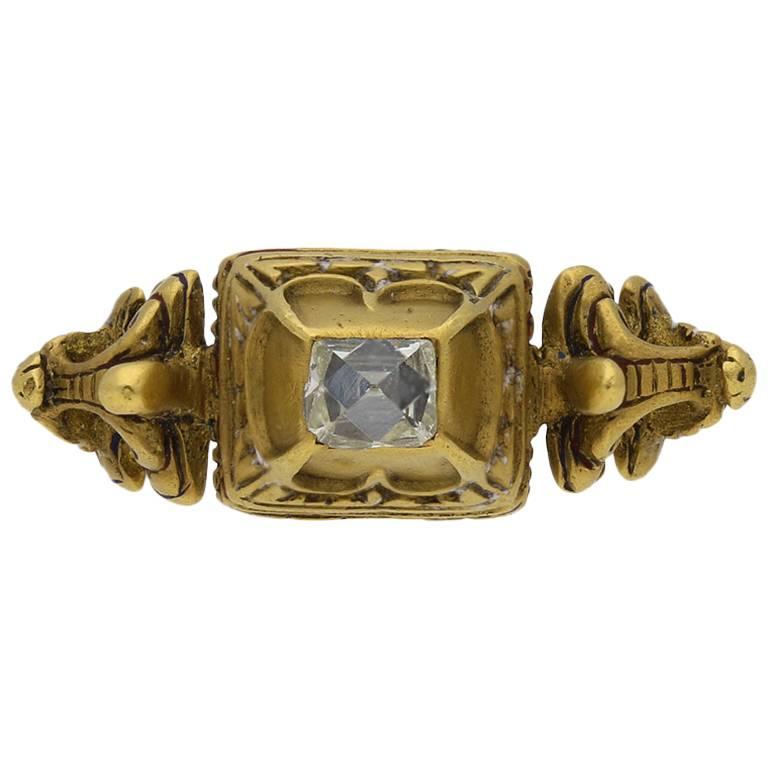 “Diamonds have been set into jewelry since ancient times, with the oldest existing examples dating from Ancient Rome. The first diamond-set rings were set with diamonds unaltered from their natural octahedral crystal form, as the technology did not yet exist for cutting them. Though not technically a cut, since the diamond was unchanged from its mineral state, these diamonds are now referred to as ‘point cut’ diamonds. Due to the scarcity and value of diamonds, most of these earliest point cuts were subsequently unset and recut once technology advanced, rendering any such jewel a remarkable survival.”

“In nineteenth-century France, neo-Gothic and Renaissance Revival aesthetics were particularly popular and became known as the style cathédrale. At the forefront of this design movement was Jules Wièse (1818–90), who came to Paris from Berlin in 1839. Wièse jewelry is highly collectible, widely sought after, and his work can be found in the British Museum, the Victoria and Albert Museum and in the Musée des Arts Décoratifs, Paris. The Green Man motif seen on the broad integrated shoulders of this ring is found in many cultures around the world and from many time periods. Typically, it is a face surrounded by, or composed of, leaves and foliage and is regarded as a symbol of new life and nature.”