A new exhibition at New York's Paul Kasmin Gallery pays homage to a seminal show of modern American art at the Met in 1969 that was organized by impresario art critic and curator Henry Geldzahler. 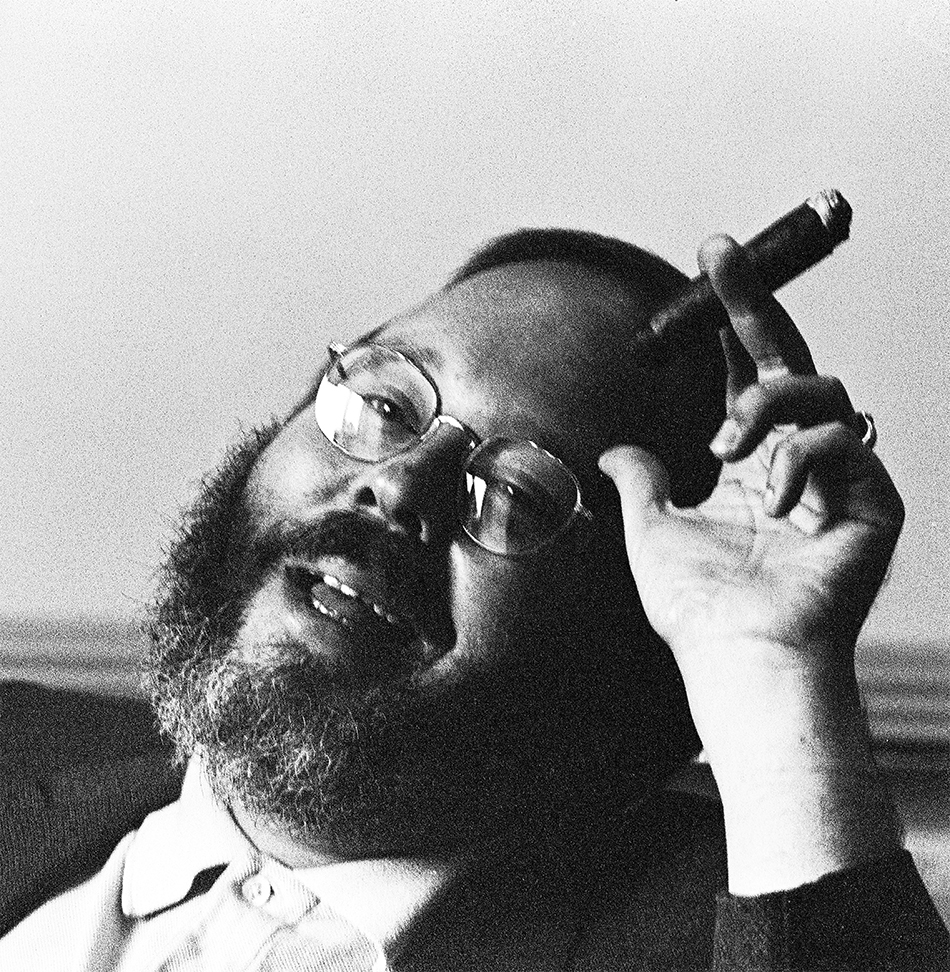 January 26, 2015A photo of Henry Geldzahler in 1969, the year he organized the groundbreaking exhibition “New York Painting and Sculpture: 1940-1970.” Photo by Jack Robinson. Top: Paul Kasmin Gallery’s current exhibition brings together works by many of the artists in Geldzahler’s show. All photos courtesy of Paul Kasmin Gallery unless otherwise noted

New York Painting and Sculpture: 1940-1970,” held at the Metropolitan Museum of Art during the autumn of 1969, was a once-in-a-lifetime exhibition. To accommodate 400 or so works of art by more than 40 New York–based artists, the Met took its Old Masters off the walls of the second-floor galleries and turned the emptied rooms over to Henry Geldzahler, its charismatic curator of contemporary art. Almost from the get-go, the display was dubbed Henry’s Show.

Ostensibly, the exhibition kicked off celebrations for the Met’s centennial year. But this was also a coming-out party of sorts, asserting the hegemony of artwork executed by Americans from Josef Albers, Alexander Calder, Edward Hopper and Hans Hofmann through Jackson Pollock, Willem de Kooning and Mark Rothko right up to Roy Lichtenstein, Andy Warhol, Donald Judd, Larry Poons and Ellsworth Kelly. Or, as Geldzahler himself put it in his comprehensive exhibition catalogue, “The art of the New York School stands as the most recent in the grand succession of modern movements from Impressionism through Cubism and Surrealism.”

Almost every artist had his — or, in the case of Helen Frankenthaler, the lone woman participant, her — own room. There was a wonderful mix of older painters (Hofmann was born in 1880, a year before Pablo Picasso) and young whippersnappers (Poons was just 32 years old). And though Henry’s Show was a paean to Abstract Expressionism and Minimalism with a smattering of Pop, such figurative artists as Milton Avery, Stuart Davis and Joseph Cornell were represented, too. 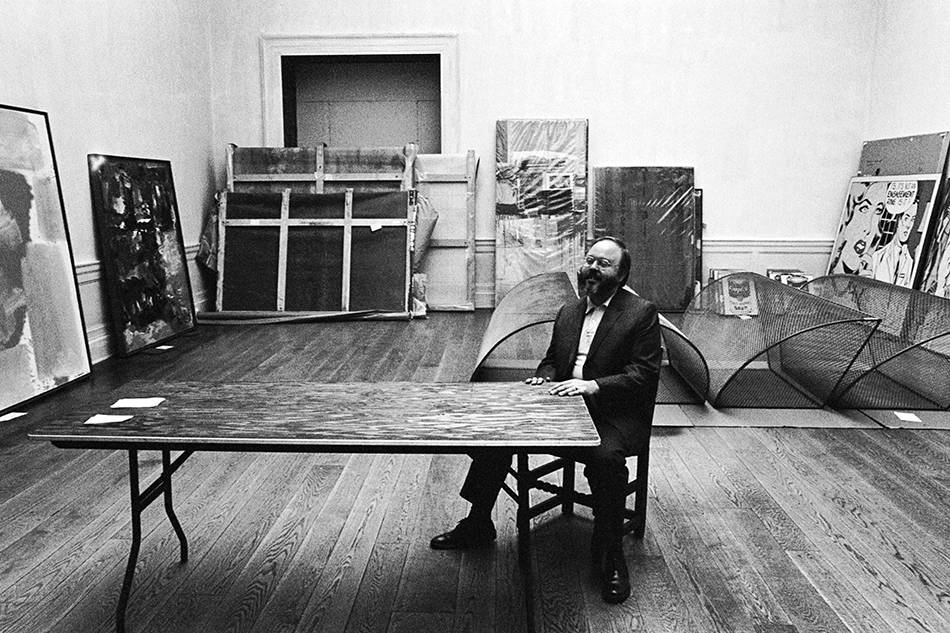 Geldzahler was only 33 when he staged his groundbreaking exhibition at the Met, one of the first major shows of contemporary American art to be held at the museum. Here, he sits in the museum’s second-floor galleries among some of the works destined for the show. Photo by Jack Robinson 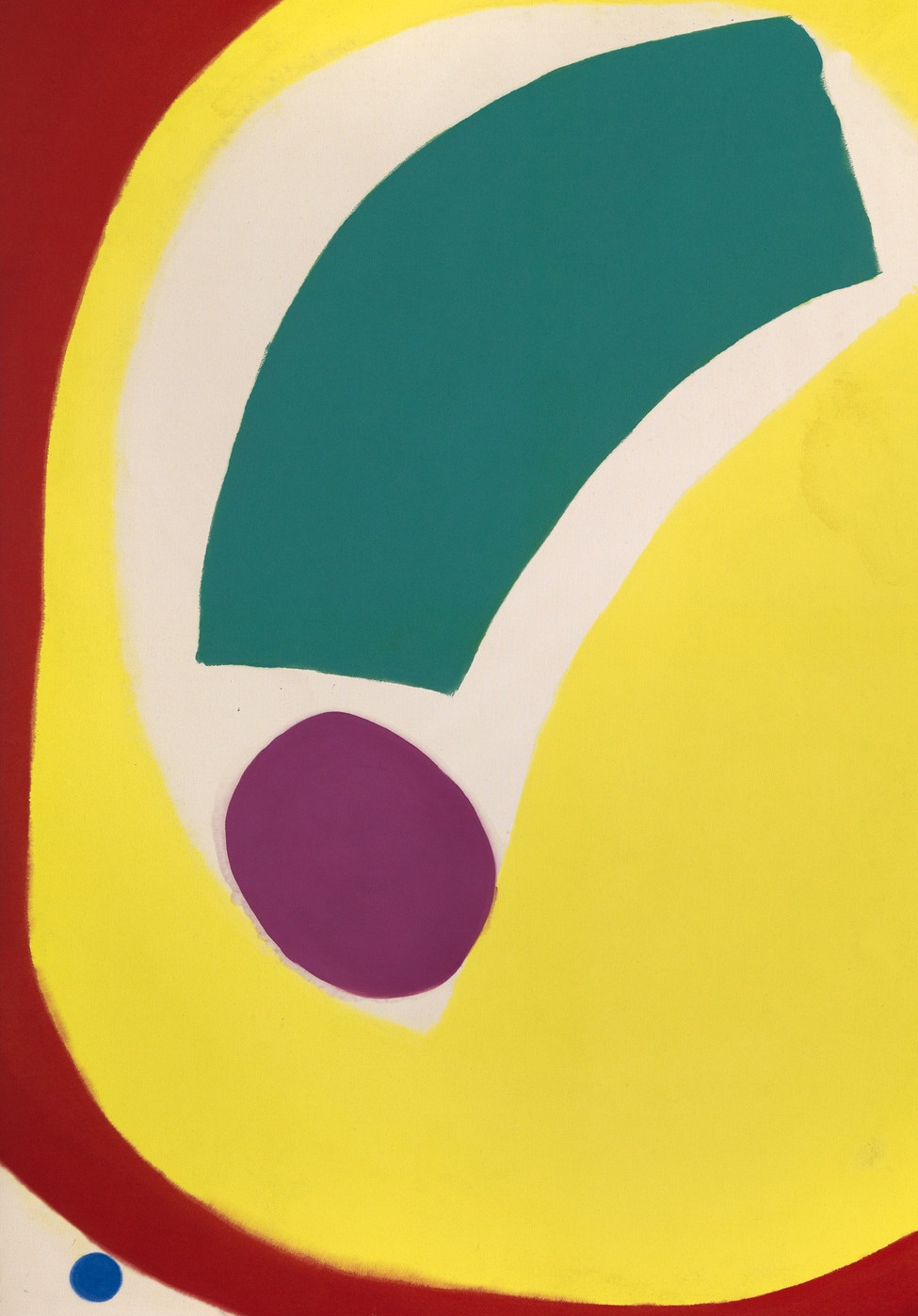 Jules Olitski is one of Geldzahler’s artists given a fresh look in the current Kasmin show. Seen here is his Z, 1964. Image © The Estate of Jules Olitski, licensed by VAGA, New York

Now, Chelsea’s Paul Kasmin Gallery pays homage to the uptown museum’s landmark exhibition and its compelling curator with “The New York School, 1969: Henry Geldzahler at the Metropolitan Museum of Art,” up through March 14. Though he hardly has palatial digs, Kasmin has managed to gather together works on loan as well as for sale by 22 of the original 43 artists.

But this presentation is not just a stroll down memory lane. Well-selected paintings by Jules Olitski, Josef Albers and Adolph Gottlieb, three abstractionists who often get short shrift, are powerful incentives to reassess their oeuvres. There is also a majestic, upright Volton sculpture by David Smith; a vibrant, impasto-rich canvas by Hofmann; an expansive, luscious-red “Open” painting by Robert Motherwell; and two virtuoso line drawings of plants by Kelly. It’s just a hop, skip and a jump from Isamu Noguchi’s carved black-granite floor cube to Warhol’s silk-screened Brillo Box. Colorful stripes — here by Frank Stella and Morris Louis — were the lingua franca of the period. And Calder’s 1948 mobile adds levity to the proceedings.

As you walk through Kasmin’s three well-lit, ground floor spaces you won’t be remembering, as visitors to the Met did, paintings by Rembrandt, Rubens, Poussin and Velázquez that hung on the same walls. Instead, you will be reminded that American art from the mid-20th century was one of the glorious high points in the history of modernism.