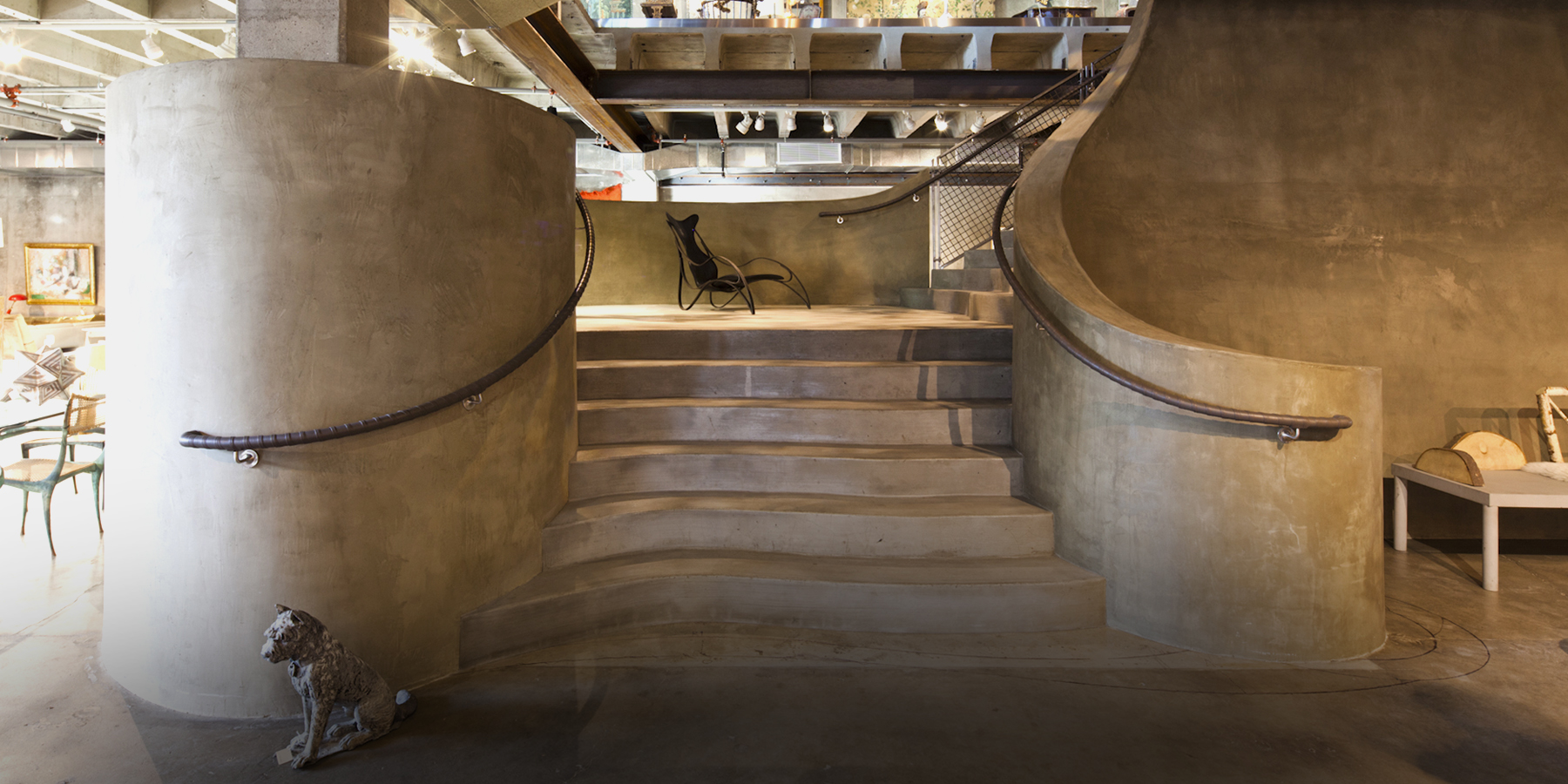 JF Chen, one of Los Angeles's longtime leading antiques and vintage furniture dealers, has recently relocated its richly eclectic inventory to a dramatic new space. Prepare to get blissfully lost.

by David A. Keeps | photos by Samuel C. Frost 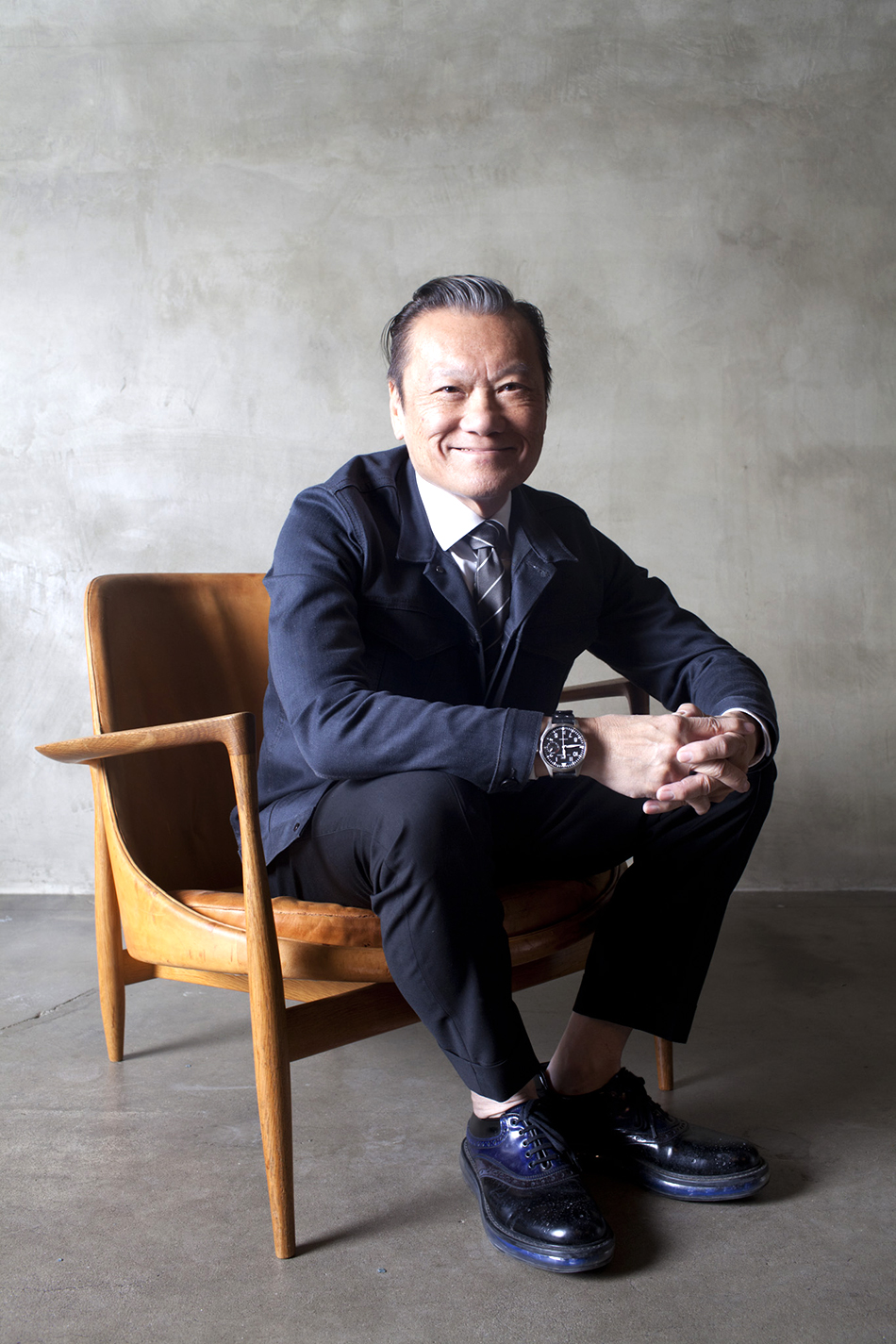 Joel Chen is embracing transparency. Until recently, the legendary Los Angeles antiques dealer — whose clients include interior designers Michael S. Smith and Peter Marino, and fashion boutiques such as Tom Ford and The Row — hid in plain sight, operating out of a massive two-story warehouse on Highland Avenue that looked and felt like a windowless vault stacked with treasures. “People used to walk in and never even make it to the mezzanine,” he says, laughing.

Since the end of last year, his business, JF Chen, has been rather appropriately headquartered across the street in a 1950s concrete bank vault, where, he notes, “all the money for the Union Bank of California used to be stashed.” Working with architect Andres M. Cardenes, Chen gutted the 30,000-square-foot building and re-conceived the structure, adding a dramatic swirling staircase, skylights and large metal-framed shop windows. Chen drew the line at signage, however, even declining to put the street address, 1000 Highland Avenue, on the building. “People in the know will find us,” he says.

“We do have more traffic now because of the windows, people are always looking in,” says Chen’s eldest daughter, Bianca. She has worked with her father for a little over a decade and her younger sister, Fiona, and their mother, Margaret, are also part of the family enterprise. “Pretty soon, they will have to take it over,” says Chen, who has been in business for nearly 40 years. “I am getting mature.”

Yet the dapper dealer remains young at heart and not remotely risk averse. He purchased a massive chandelier that post-modernist architect Michael Graves had constructed using cutlery for the launch of a 1990s kitchen collection at Target. “I suppose I am going to have to wait for someone with a restaurant to buy that,” Chen grins. And above the store’s women’s bathroom, he has hung a monkey doll dressed in Marie Antoinette period costume; the monkey over the men’s room is clothed like Louis XVI. “People always go in the wrong one anyway,” Bianca says, laughing. (The monkeys once hung in a window display in Chanel’s Rodeo Drive boutique.) 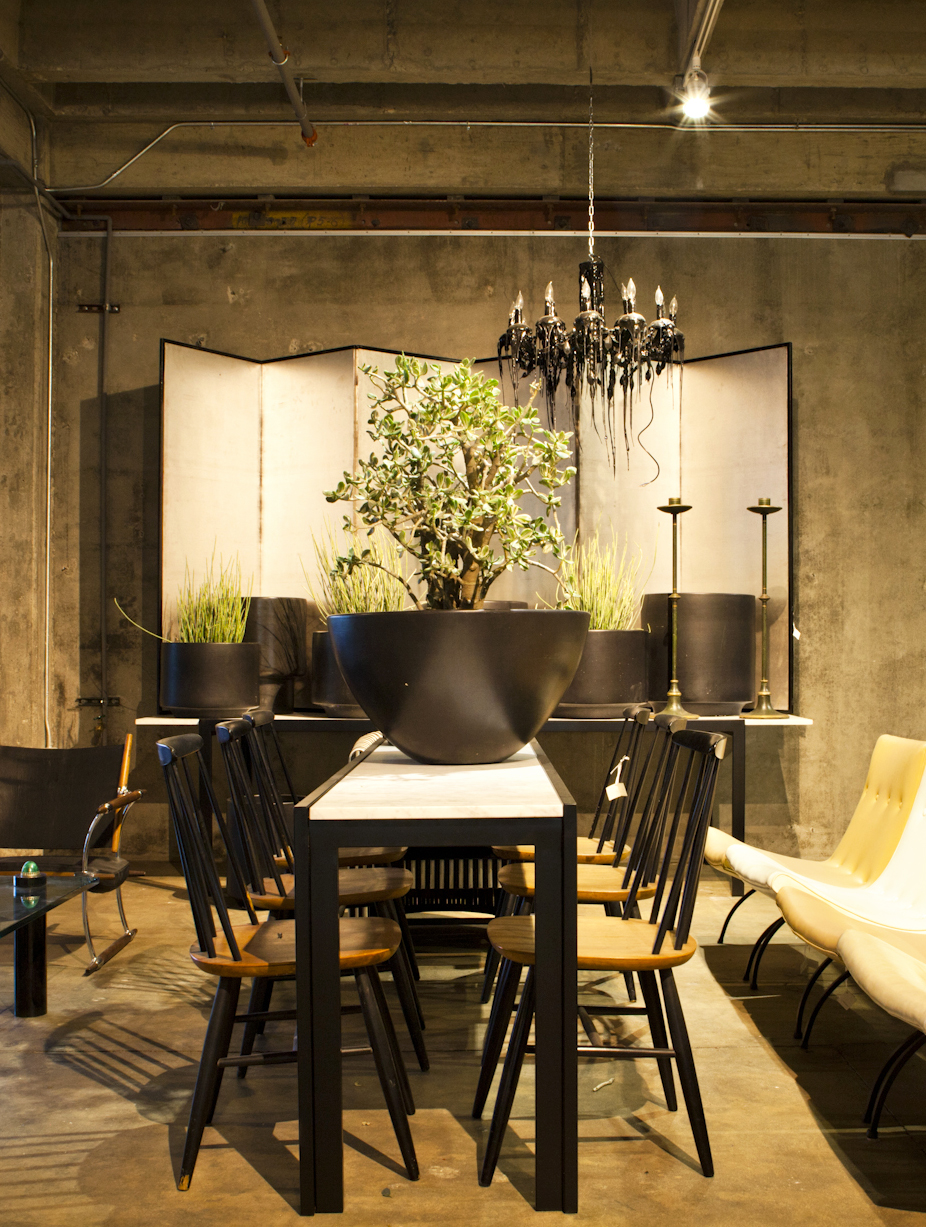 Vignettes, like the one seen here featuring a Van Keppel-Green marble-top console and Ilmari Tapiovaara spindle-back dining chairs, are arranged throughout the gallery.

Admired for his encyclopedic knowledge of antique and vintage furnishings, Chen is always researching. “I am catching up every day,” he says, “looking at my iPhone for what is interesting and what might be the next trend.” And when his smartphone goes off, it quacks like a duck. “It’s hilarious…at first,” says Bianca, who was recently named to the chair of the Decorative Arts Council of the Los Angeles County Museum of Art. Even Bianca’s dogs, poodle-terrier mix McLovin and chihuahuas Cashew and Chestnut, have gotten used to the incessant duck-quack email alerts, rarely raising their heads from the comfort of the Danish loungers where they snooze.

During my recent visit to the shop, the Chens and I gathered at a massive mid-century dining table in the upstairs loft of the new building, surrounded by T. H. Robsjohn-Gibbings Klismos benches, metal-clad Anglo-Indian chairs with rhinos on the back and tiger heads on the arms, Austrian Secessionist parlor suites and rare Memphis pieces by Ettore Sottsass and Andrea Branzi. By a table displaying contemporary Korean porcelain, vintage paintings of French Art Deco interiors hang on a two-panel perforated-metal screen fabricated from old factory catwalks.

“I am giving the pieces a lot more room to breathe,” says Chen, who stages a constantly rotating inventory of some 20,000 pieces throughout the new store. “The vignettes are a little more thematic: chrome goes with the chrome, brass and gold go together, all the brown leather goes together. Now people come in and are only half-confused.”

To keep them guessing, Chen has already opened one annex, Chen Project, at 830 Highland, and taken another lease a few blocks north. He is the rare antiquarian who does not fret over having an inquisitive and acquisitive nature. “I have been warned by the real boss of JF Chen, my wife, Margaret, to reduce my perennial incessant buying,” he confesses. “But every time I try to contract the business, it just keeps expanding.”

“Admired for his encyclopedic knowledge of antique and vintage furnishings, Chen is always researching. “I am catching up every day,” he says, “looking at my iPhone for what is interesting and what might be the next trend.” 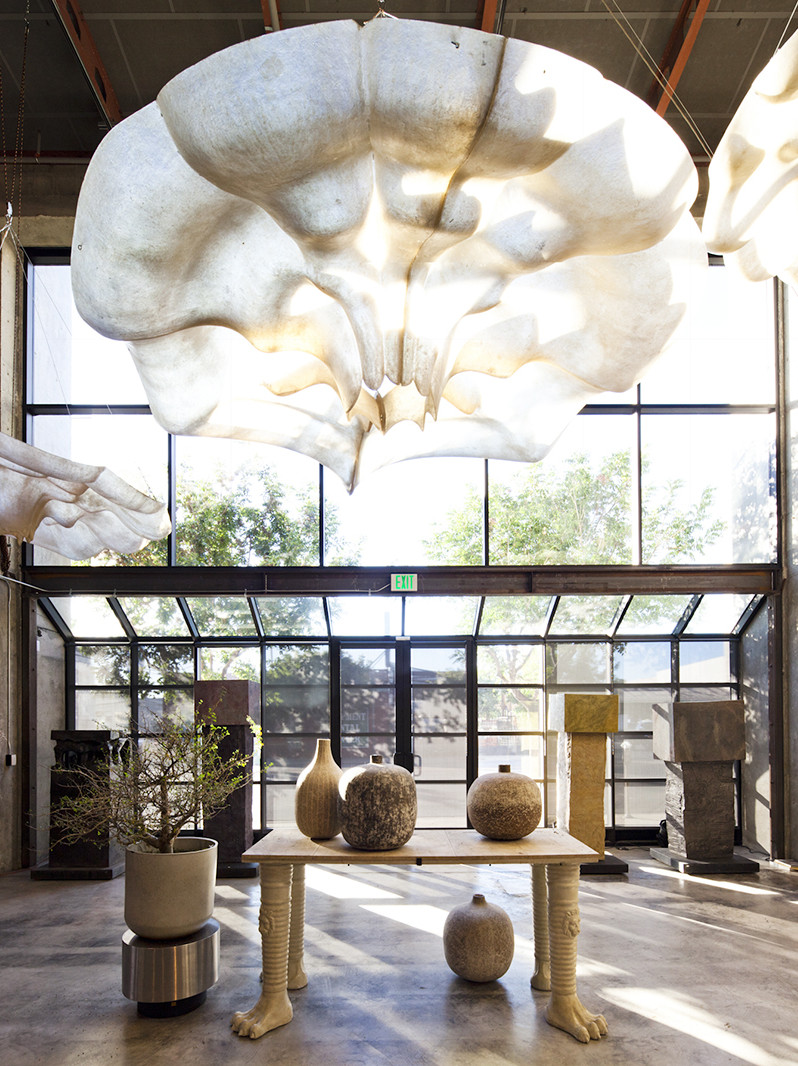 At the gallery’s entrance, Numinous lamps by Greg Lynn for Vitra hang above a wood-top console with a base resembling lion feet, atop which sit rare vases by Claude Conover.

Bianca, who grew up with her father’s collection of Regency and Old World furniture at home, now gravitates toward Danish design and brings a sense of whimsy to the table. “I like accessories to be a little weird, like those eighteenth-century Japanese Foo dogs,” she says, pointing them out. “They are a pair, but each one is different, and that draws you in.” She also takes an interest in younger designers like the French duo Tredart, who produced a faceted, emerald-green chair with ostrich upholstery. “They made if for a showcase house at Greystone and wanted to consign it, and I just could not say no,” she says.

It is her father who deftly blends all these disparate design elements amidst the stark industrial architecture of the new space, creating intriguing environments that transcend the look of a showroom and attract event planners from fashion houses and cultural institutions. In the next several months, Chen says, he will rent his handsomely appointed venue for a Louis Vuitton exhibition, a charity bash for Taliesin and a retrospective honoring Frank Gehry. “We are a gallery that people in the arts and design like to tie into,” says Chen, whose space is not only frequented by designers, but by celebrities too. “We’ve had Kanye, Julianne Moore, Ryan Seacrest, Ryan Murphy,” he recalls. “All the Ryans.”

Bianca begs to differ. “Not Ryan Reynolds or Ryan Gosling,” she declares. “I’m still waiting for them.”

Joel and Bianca Chen share their thoughts on a few choice pieces.