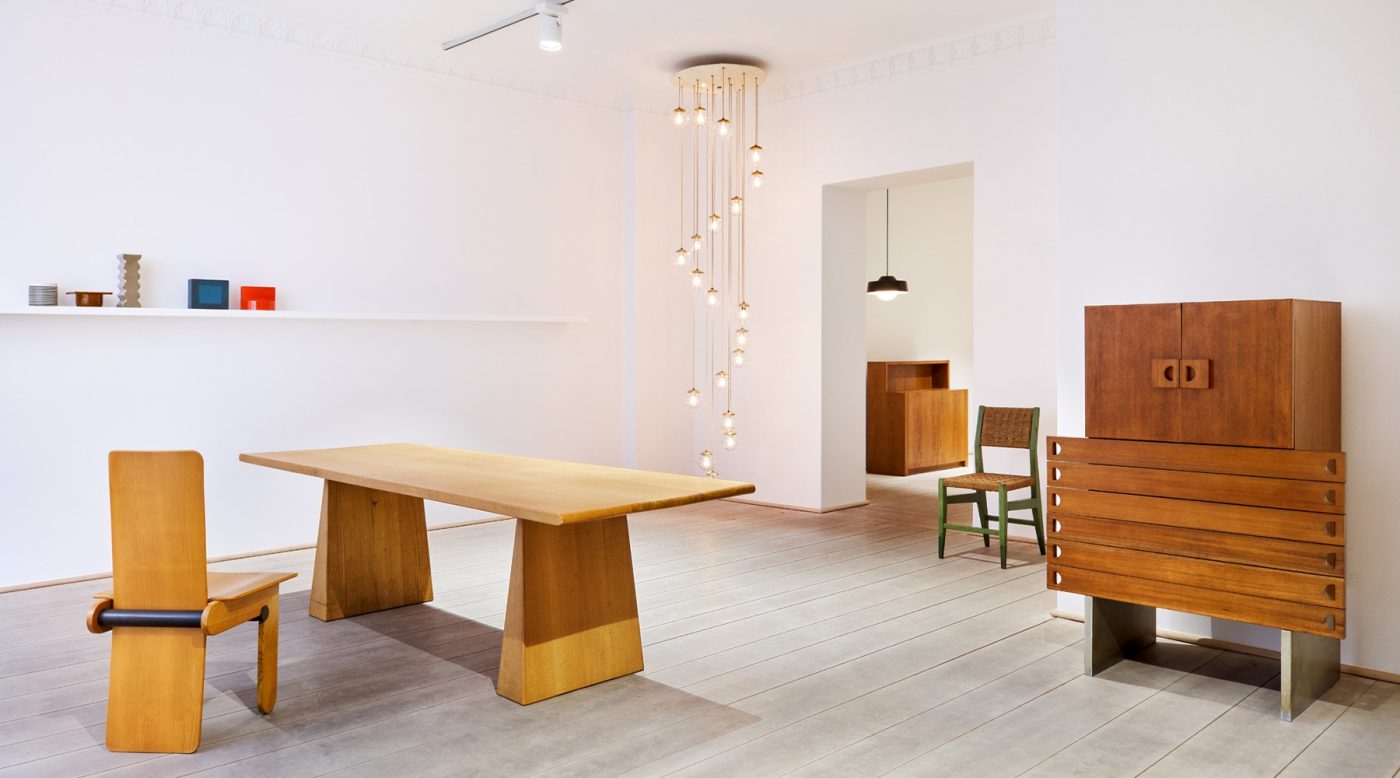 Opened by Hans-Peter Jochum some 40 years ago, the pioneering gallery specializes in mid-century gems but also spotlights contemporary pieces by European artists and makers.

September 25, 2022When the renowned German furniture dealer Hans-Peter Jochum began to collect mid-century design pieces, in the early 1980s, he could research their origins only in a library archive, if at all. There was no Internet at the time and very little commercial interest. In fact, one of the first objects he bought was from a woman in the red-light district of his hometown of Saarbrücken. She was sitting on a three-legged chair designed by Egon Eiermann, he recalls. He bought it from her for 50 German marks.

“This furniture was designed after World War II, typically with industrial materials and in reaction to the new modern architecture that was being built during the reconstruction of cities destroyed by the war,” he explains. “It reminded Germans of living in poverty. There was an embarrassment that was attached to it.” Jochum, however, recognized in these pieces, often designed by architects, something exciting, something new. “It wasn’t just a chair,” he says. “It was a new philosophy.”

Forty years later, Jochum is sitting in another chair, a shiny grass-green futuristic piece designed by Sergio Mazza in 1970, in Jochum Rodgers, the respected and discreet gallery in Berlin’s Charlottenburg neighborhood that he operates with his partner in business and life, Jett Rodgers.

Jochum, a theater set designer before he opened the gallery in 1981, met Rodgers, a New Zealander who also worked in set production, in 1999. The two became an item, and Rodgers soon joined him in the business.

Their three-room space, with a disorienting wall-size mirror in the main exhibition area, was designed by a longtime friend and collaborator, the Berlin-based architect Thomas Kröger. Rodgers is seated at an oak table designed by Hans Wegner on the other side of the room. “Jett has an amazing eye for special things that are sometimes not my taste,” says Jochum. “He has shifted me into a new direction and opened me up to other worlds. I’m the one that is interested in the background and history of things. I like to do the research.”

Having been at the forefront of the high-end mid-century furniture market in Germany for decades, the couple has for some time now been exploring new design frontiers and collaborations. “I’ve never wanted to be part of a larger movement. I have always tried to do something that other people are not doing,” says Jochum, noting that he has only ever been interested in working with objects and projects, in both his professional and personal life, that surprise him in some way.

Although there might not be much left in the design world that surprises the discerning Jochum, there are still enough challenges to keep the two busy. That includes offering a selection of special design pieces online for the first time, exclusively through 1stDibs, as well as undertaking a second renovation, with Kröger, of their GDR-era complex, located just outside Berlin next to a house once owned by Albert Einstein. The gallery has also been consistently asked by several clients to help with interiors, and the pair is currently engaged in projects from Mallorca to Sylt.

They continue to find designers and objects that inspire them. The most recent is a collection of furniture by Galileo Chini, an artist and ceramist who was a key figure of the Italian Art Nouveau. Chini spent several years in Bangkok painting frescoes for the king of Thailand’s palace and collaborated with the renowned cabinetmaker Carlo Spicciani on Milan’s Palazzo Scalini in the 1920s.

The pieces, including an ornate red-and-gold radiator cover, beautifully combine Art Nouveau and Thai motifs. “The pieces show so much Asian influence and are made with the greatest handcraft technology,” says Jochum. “Imagine embossed leather in Art Nouveau patterns with such an influence.”

Rather than show at design fairs, Jochum and Rodgers prefer to invest in exhibitions or commissions and collaborations with European artists like Danish ceramist Christine Roland. “For forty years I have been occupied with the work of dead designers,” says Jochum, who even when joking maintains a deadpan expression. “So, working with living artists is refreshing.”

For a show in the summer of 2020, the gallery curated an exhibition, dubbed “Design by Artists,” that included a ceramic pendant chandelier made by Roland, as well as Formica sculptures by American artist Richard Artschwager.

“We enjoy the idea of creating new perspectives into certain movements. For us, this is a lot of fun,” says Jochum as he gets up out of the Sergio Mazza chair. “We are not interested in just selling comfortable sofas.” On the contrary, it is clear that for both Jochum and Rodgers, when something makes them uncomfortable, it’s a good sign. 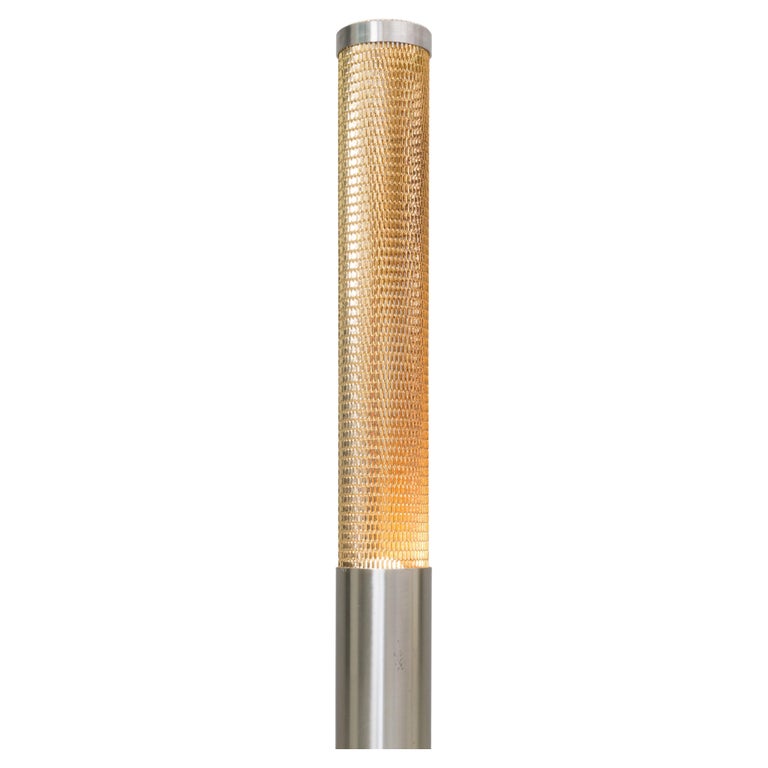 “Designed in 1974, this floor lamp is a special example of Gio Ponti’s late work. A rare combination of aluminum and brass, minimal but refined, it gives a very warm and atmospheric light.” 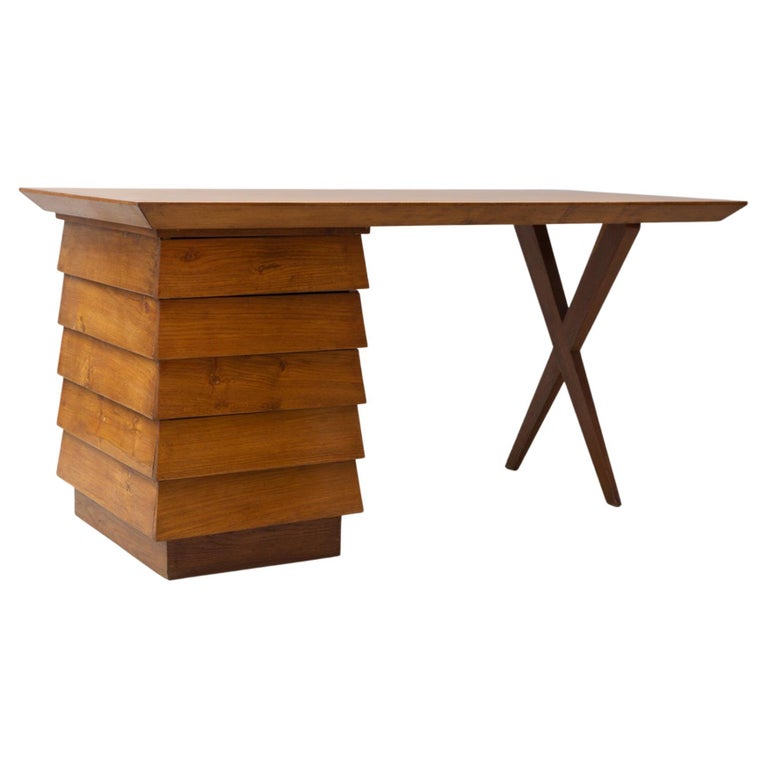 “This Melchiorre Bega desk was designed for a private home in 1940. The unique piece is completely handcrafted, made of walnut with a beautiful patina, and it shows a few charming imperfections.” 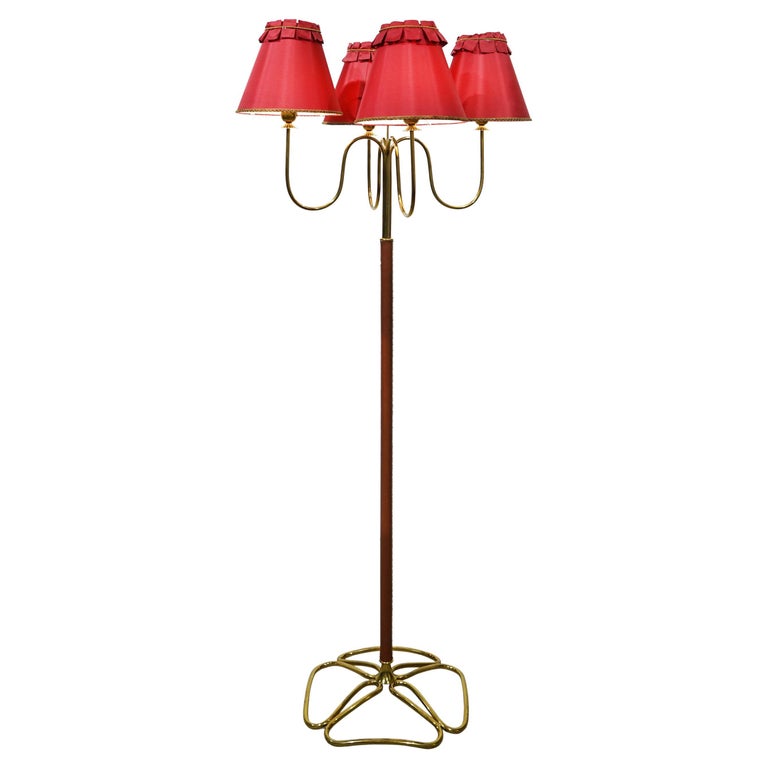 “It is almost unbelievable that this 1948 floor lamp is by the most important Italian lighting designer, Gino Sarfatti. Four years later, Sarfatti’s style had totally transformed.” 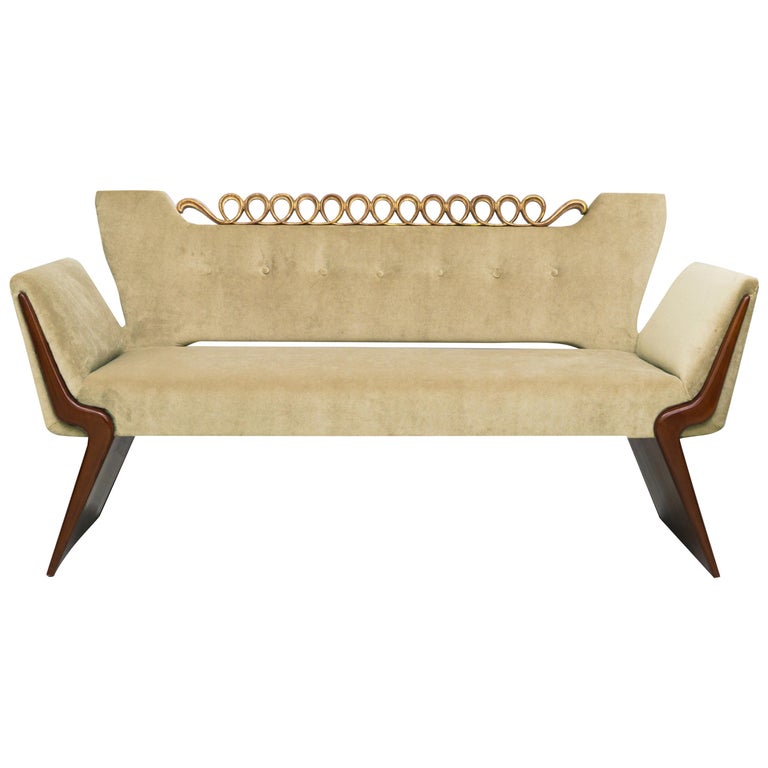 “Osvaldo Borsani’s bench is extremely decorative and not very comfortable, more to look at than to sit on, very bourgeois for its time.” 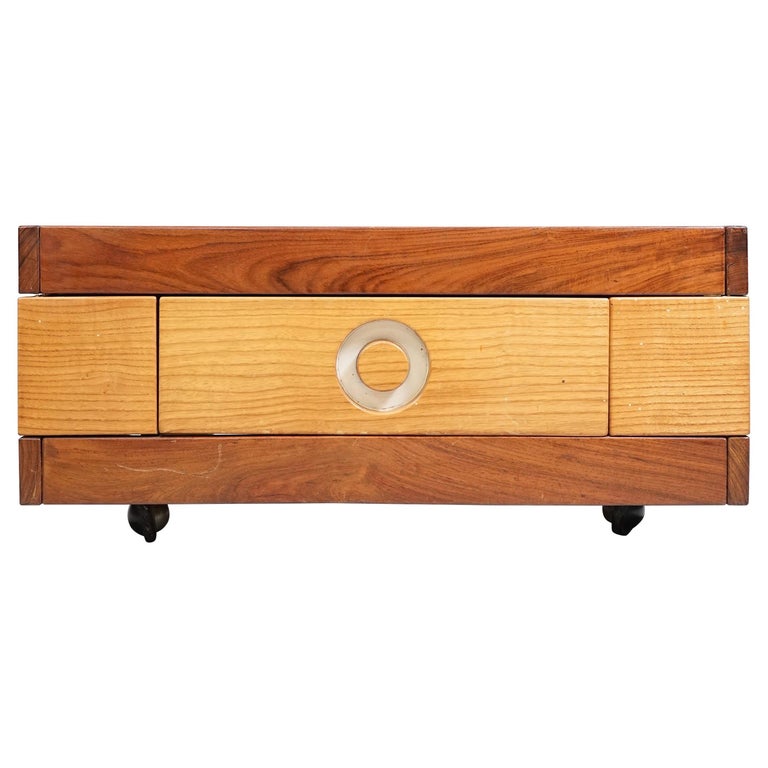 “This modest Ettore Sottsass side table on casters with two drawers displays all the formal elements of Sottsass’s early designs for Poltronova.”