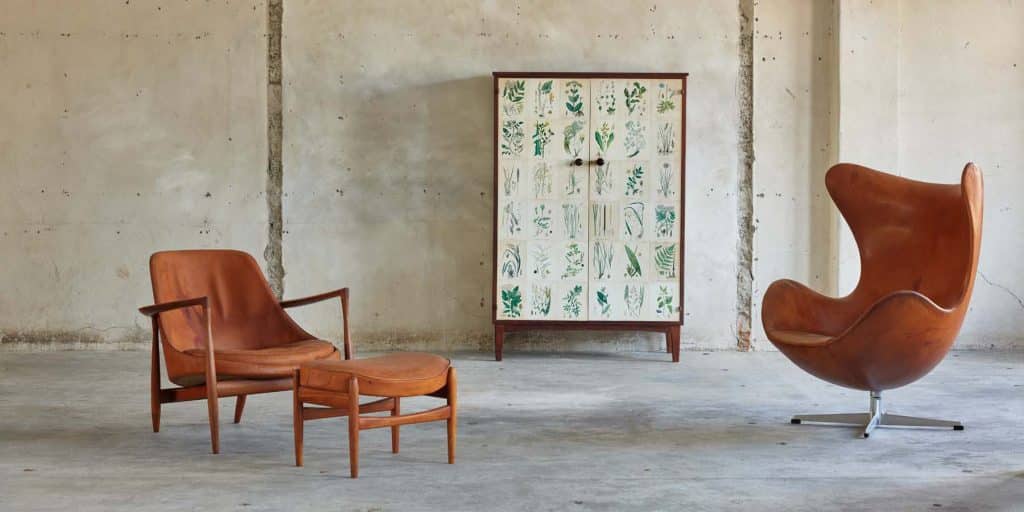 August 30, 2020Matthijs Hoveijn is shopping his own closet. The founder of Morentz is accustomed to searching far and wide for 20th-century furniture and lighting, which his restorers and reupholsterers then ready for sale. The result is an inventory of some of the very best examples of modern design, offered both in the firm’s gallery — in Waalwijk, Holland, about an hour south of Amsterdam — and online. But since the coronavirus pandemic began, Hoveijn hasn’t been able to get to favored buying destinations, like Brazil. No matter; Morentz already has plenty of items in storage. “A side effect of the travel restrictions is we are more focused on our own warehouse,” Hoveijn says. “There are some really interesting things that never went to the restorer or the photo studio.” Among them are one-of-a-kind pieces, such as a rare parchment and brass Valzania armoire, as well as items that belong together — matching dining chairs, for instance — separated years ago and now reunited, like a family.

Hoveijn has built a successful business doing what he loves — he collected furniture for years before he founded Morentz. His genuine enthusiasm for design was evident during a recent phone interview with Introspective, in which he posed a question no other story subject has ever asked: “What do you like to collect?” (For the record, this interviewer has a thing for the artwork of Kahn & Selesnick.)

Because of the virus, are you buying many pieces close to home?

I generally don’t shop as much in Holland as in other countries. Maybe I know the work too well. But, of course, there are great Dutch designers! I’m fascinated by Bas Van Pelt, who worked in The Hague until World War II, when he joined the resistance and died in a Nazi concentration camp. I even have a Van Pelt chair in my living room — with a tubular, red metal frame and sisal seat and back. Every day I see it, and every day it makes me happy.

Morentz is associated with the best of the best. Do you only sell pieces by name designers?

Actually, twenty to twenty-five percent of what we sell has no name attached to it. We have two historians on staff, and some of our salespeople have degrees in art history. So there’s a lot of knowledge. We all work as hard as we can to find a name. But lots of times, we don’t succeed. For example, we don’t know who designed this amazing Italian conference table and six chairs made of walnut and red leather. But it is extraordinary for its choice of materials, its design and its execution.

What kinds of things are people especially interested in these days?

There’s a lot of interest in very simple pieces made of solid wood. One example is the work of Pierre Chapo, who studied architecture at Paris’s École des Beaux-Arts but was influenced, on a visit to the U.S., by the furniture of Frank Lloyd Wright. His work can seem a little rough or even primitive. The tables look almost like children’s drawings of tables, but there’s usually a twist. For example, one Chapo table has five legs. Most tables like it were about fifty-six inches across, but this one is about sixty-three inches, which makes it quite unusual and special. Another good example is Guillerme et Chambron. Robert Guillerme and Jacques Chambron worked together in Lille, having met, incredibly, in a German POW camp in 1940. I bought a lot of their work years ago. I buy certain designers based on intuition, and in this case, my intuition was right. There’s a solid oak daybed that I love. I’d never seen anything else like it.

You’re known for the excellence of your craftspeople. Does that enable you to buy pieces in bad condition?

It depends on how special the piece is. But a really broken piece we don’t have time for. We’re not rebuilding things completely. It’s more about pieces that look good on first impression but need some touching up. And, of course, we do upholstery. Clients send us their fabrics, but that’s an extra service.

Are there designers whose work you wish you had more of?

Yes. Studio BBPR, the Italian architecture studio best known for the quirky nineteen fifties Torre Velasca, in Milan. Most of its furniture was custom-made for clients in Italy, and it’s very hard to find. I’d also like to buy more pieces by Phillip Lloyd Powell, who worked in the same town in Pennsylvania as Paul Evans and George Nakashima. It’s honest and straightforward, but every time you look at it, you see something new.

Do you ever hold on to special items?

My business is making people happy, and I can do that by passing along something that made me happy when I bought it. I don’t need to own it forever. The nice thing is that through 1stDibs, we’ve discovered a lot of very good customers around the world, people who are interested in items that had a prior life. And they use pieces they buy from us in unexpected ways, creating eclectic groupings of furniture and art that I wouldn’t have thought of. It’s great when people send me photos of our pieces in their homes. 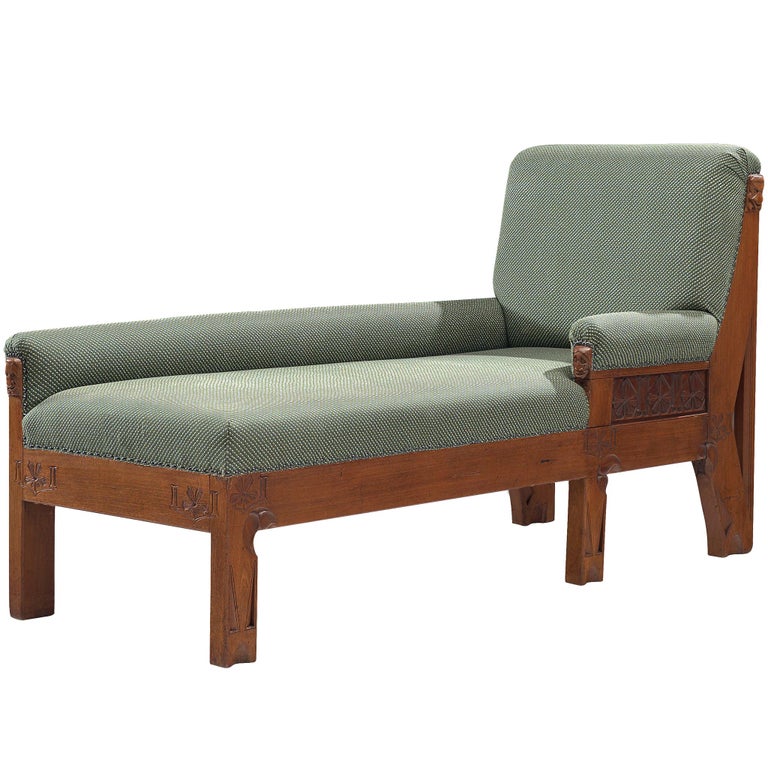 “This Deco chaise longue is Dutch, probably from the nineteen thirties, but we don’t know who designed it. The carvings on the oak frame, of floral motifs and grotesques, are extraordinary.” 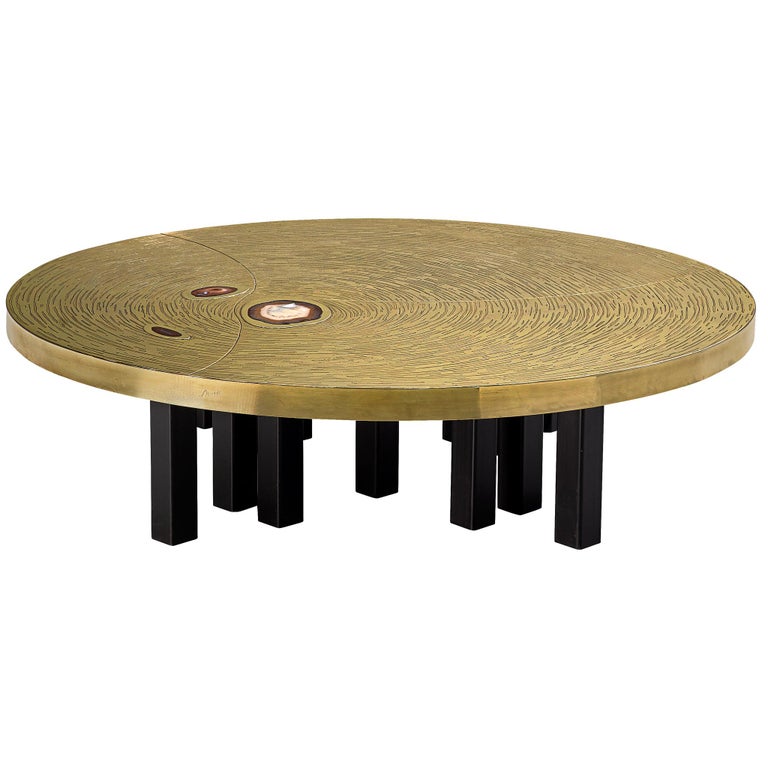 “The maker of this coffee table, Jean Claude Dresse, graduated from the art academy in Charleroi, Belgium, and became a prominent designer in the nineteen seventies and eighties. He’s like a visual artist working in mixed media, such as mosaic, etching and inlays — in this case, agate in etched brass.” 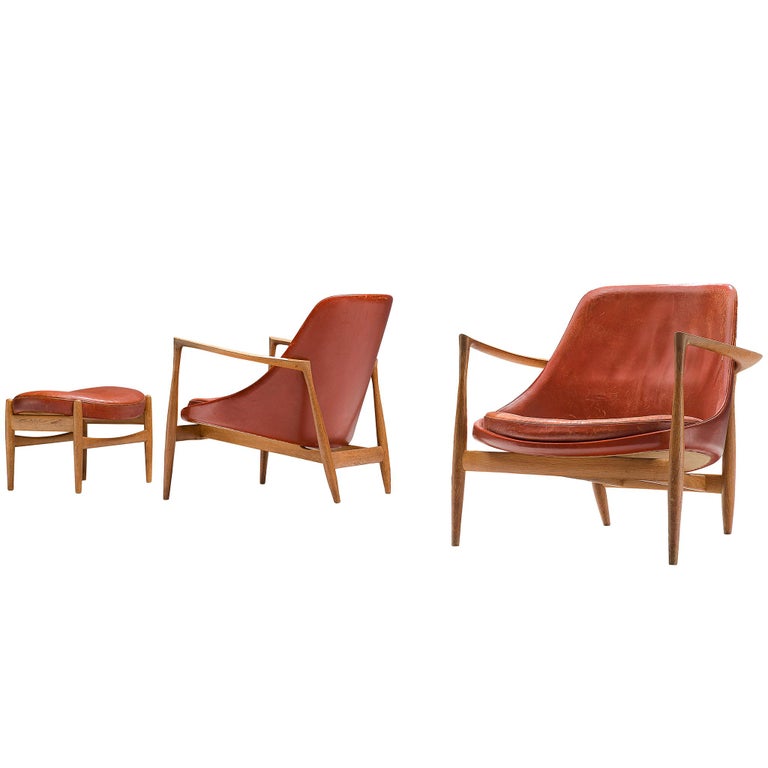 “Authentic Elizabeth chairs by the Danish designer Ib Kofod-Larsen are exceptionally hard to find. These two are oak and red leather, with just the right patina. Produced by Christensen & Larsen in 1956, they were known as U-56 chairs until Queen Elizabeth II and Prince Philip bought a pair during their visit to Copenhagen in 1958. Hence the regal name.” 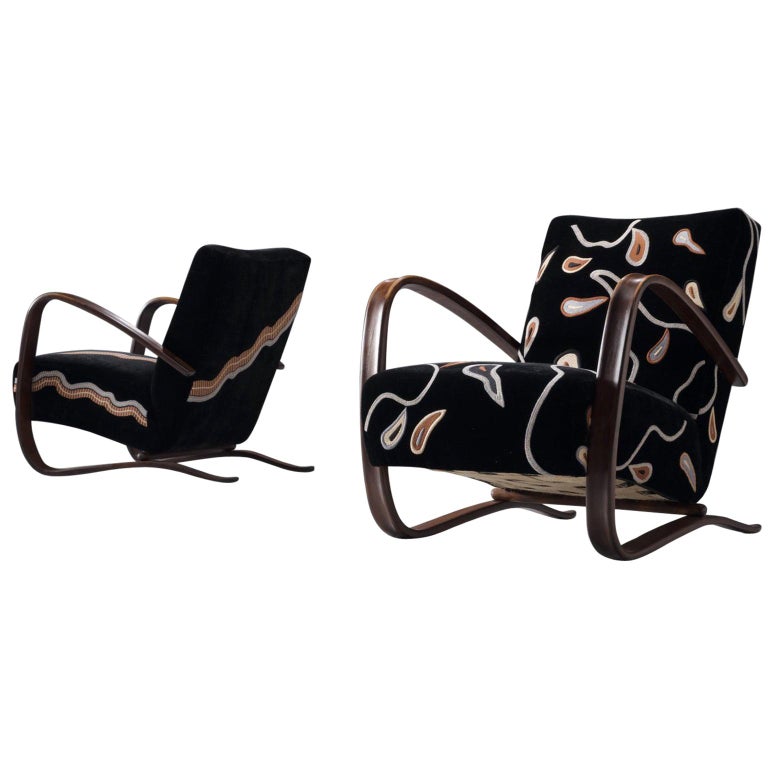 “Jindrich Halabala was a designer credited with ushering in the mass production of furniture in his native Czechoslovakia. He studied at the United Woodcrafts Manufacturers, in Brno, and later became the company’s chief designer. These lounge chairs were reupholstered in an exclusive fabric handwoven in India as part of the first home collection conceived by Jackie Villevoye, founder and creative director of the Jupe by Jackie brand.” 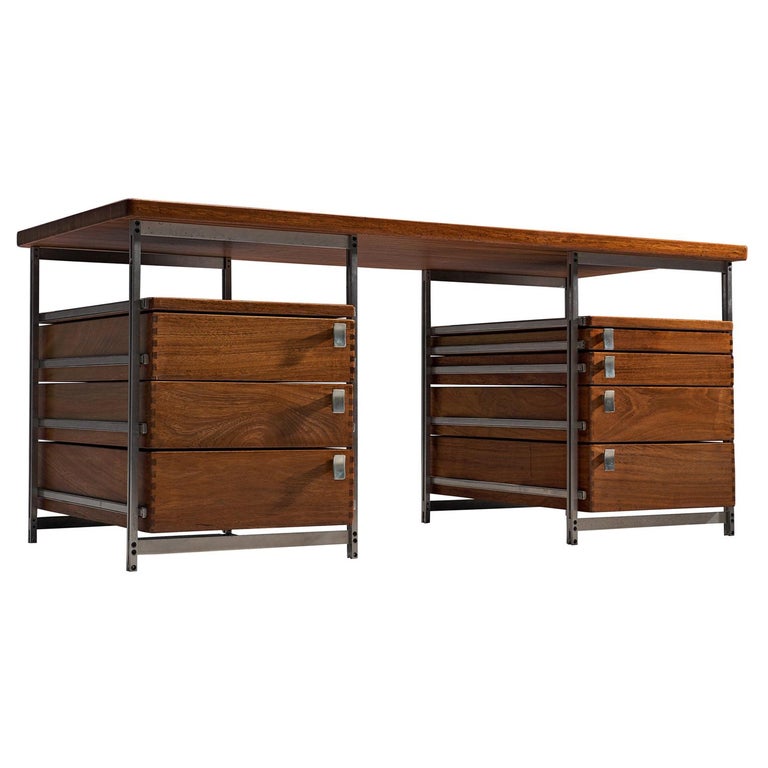 “This mutenye wood desk was made for the Foncolin Building, in Brussels, by one of Belgium’s most renowned designers, Jules Wabbes. Wabbes, who was influenced by such American designers as Edward Wormley, chose to work with solid wood, making his pieces both luxurious in appearance and honest in approach.” 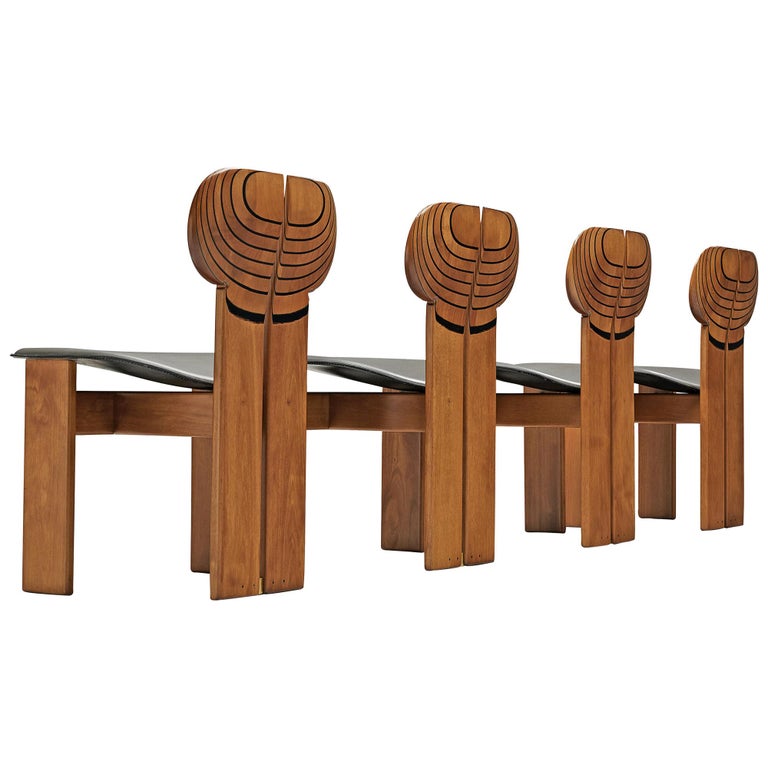 “Afra and Tobia Scarpa, the daughter-in-law and son of the great Italian architect Carlo Scarpa, designed this set of six Africa chairs covered in cognac leather. They were part of the Artona line from Maxalto, which was founded in 1975 as a division of B&B Italia focused exclusively on the production of artisanal furniture. Sculptural wooden pieces like these were a response to plastic furniture common in postwar Italy.”