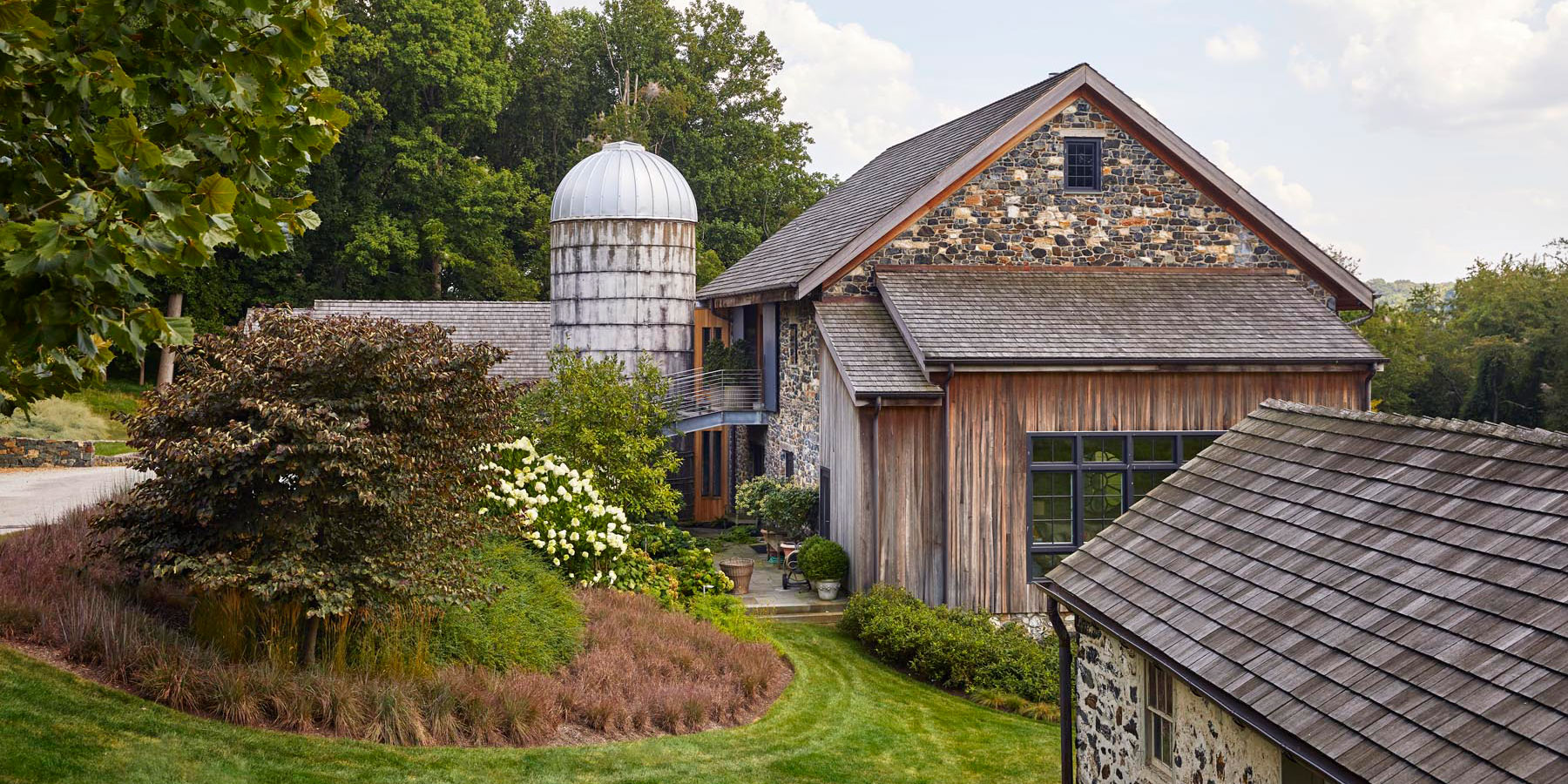 The Rome-born, New York–based designer combines classical and contemporary influences in homes from the Hamptons to Tel Aviv.

Pietro Cicognani, cofounder of the New York architecture firm Cicognani Kalla, spent the spring and much of the summer social distancing in the Hamptons. From there, he decamped to Rome, where he grew up, and after a period of self-quarantining, began renovating a duplex apartment for himself in a medieval building near Piazza Navona.

He is furnishing it with a subtle mix of modernist and contemporary pieces: Italian design from the 1940s through the ’60s, as well as two screens by the futurist artist Giacomo Balla — which inspired the apartment’s colorful murals — and a wall painting by Alessandro Twombly above the fireplace.

Cicognani loves this part of his native city, filled with artisans with whom he works on his architectural projects, including his apartment. It is located a short walk from the church known as Sant’Agostino, a trove of art by masters like Raphael and Caravaggio. “It has the feeling of a village,” he says.

Cicognani’s ability to draw from a deep well of historical and cultural knowledge while understanding how clients live today is a valuable skill. It has won him a loyal following of sophisticated clients, many of them in the Northeast of the United States, as well as a few in such far-flung locales as Tel Aviv, Rome and Monterrey, Mexico. Whatever the location he collaborates on his projects with interior design A-listers including Peter Marino, Mac II, Tino Zervudachi, Thomas O’Brien, Frank de Biasi, Steven Gambrel and Isabel López-Quesada, to name just a few.

Eighteen of these residences, designed by his firm over more than three decades, are featured in the book Pietro Cicognani: Architecture and Design (Vendome), written by Karen Bruno with photographs by Francesco Lagnese. Isabella Rossellini, a longtime friend and repeat client — for whom Cicognani renovated an old barn in Bellport, New York, that is included in the volume — contributed the amusing and affectionate foreword.

Cicognani received his master’s degree in architecture from Columbia University. His mentor there, architect Romaldo Giurgola — known for the Parliament House in Canberra, Australia, on which Cicognani worked — taught the budding designer “the importance of proportion and a humanistic view of architecture,” Cicognani recalls.

In 1985, he founded Cicognani Kalla with Ann Kalla, a Columbia classmate (who died in 2009); their first commission was the renovation of a house in East Hampton for Rolling Stone founder Jann Wenner and his then wife, Jane. Soon after that, they began renovating and expanding a waterfront house, also in East Hampton, for the philanthropist Katharine Rayner, a client with whom Cicognani continues to work.

From there, the firm’s portfolio grew apace, and, today, beyond private houses, it encompassses commercial projects, including the restaurants Caravaggio and Sistina, both on New York’s Upper East Side.

“We don’t have a stylistic formula,” Cicognani says of his practice, noting that it does, however, have a characteristic approach: “We pay attention to what the client wants, while we try to be ourselves.” And, in the case of houses, he continues, “we’re interested in the relationship between the architecture and the site.”

Two residences in the book that exemplify Cicognani’s equal talent for designing new buildings and renovating old ones are both located in bucolic Chadds Ford, Pennsylvania, home to three generations of Wyeths (painters N.C., Andrew and Jamie). The first, Villa Zabête, was designed for real estate developer Rob Buccini and his wife, Beth, the founder of the luxury women’s fashion retailer Kirna Zabête.

The couple vacation every year in Capri and love its architecture, so Cicognani made sure their hilly site in Pennsylvania included “retaining walls, courtyards, unexpected views, charming alleyways, pergolas and a secret garden,” he says.

Two asymmetrical wings create a forecourt fronting the main part of the house; the shorter wing contains the walled “secret garden,” with a square window looking onto a landscape designed by Rodney Robinson.

The unadorned stucco exterior is a pale monochrome that balances the bright mix of colors deployed in the interiors, which are by Gambrel. The living room, for instance, is a soft pink, which the designer complemented with mixed upholstery fabrics in various other shades of pink and red, adding a jolt of bright green inside a built-in bookcase and with the curtain fabric. Cicognani’s sense of proportion is evident in spaces both big (the high-ceilinged living room) and small (an intimate dining alcove with an arched window that looks onto a tree-shaded outdoor eating area).

Cicognani’s other Chadds Ford project was a large 19th-century stone barn that he renovated for Chris Buccini, Rob’s brother and business partner, and his wife, Mati Bonetti de Buccini, a partner in the art-storage company Atelier Fine Art Services. The structure was rechristened La Granja, “the farm” in Spanish, in a nod to the fact that Mati was born in the Dominican Republic.

After gutting the interior, leaving only the original walls, albeit now with big south-facing windows, Cicognani designed a post-and-beam interior frame, built by Amish carpenters. He had the new walls and ceilings clad in reclaimed barn boards and used wood siding on the exterior, in addition to the original stone.

In the former grain silo, Cicognani inserted a dramatic steel spiral staircase topped by a skylight, turning it into the main access point for the house’s three levels.

Cicognani designed gaps in the wood-slat ceilings to draw sound into concealed noise-dampening material, especially appreciated in the lofty spaces. “Acoustics play a huge role in houses these days,” he says. “Today, silence is as big a luxury as a beautiful library.”

In a completely different setting — an elegant 1928 brick apartment building on Manhattan’s Upper East Side — Cicognani and interior designer Zervudachi created a pied-à-terre that the architect calls a “European balance between traditional and modern.” Here, he simplified the floor plan and added new windows that bring in abundant light.

Zervudachi’s sophisticated decor contrasts pale plaster walls in the living and family rooms with boldly patterned wallpaper in the foyer and guest room, plus a chic, colorful blend of classic upholstered sofas and contemporary pieces by such designers as Christian Astuguevieille, Patricia Urquiola and Cicognani’s fellow Roman Achille Salvagni. 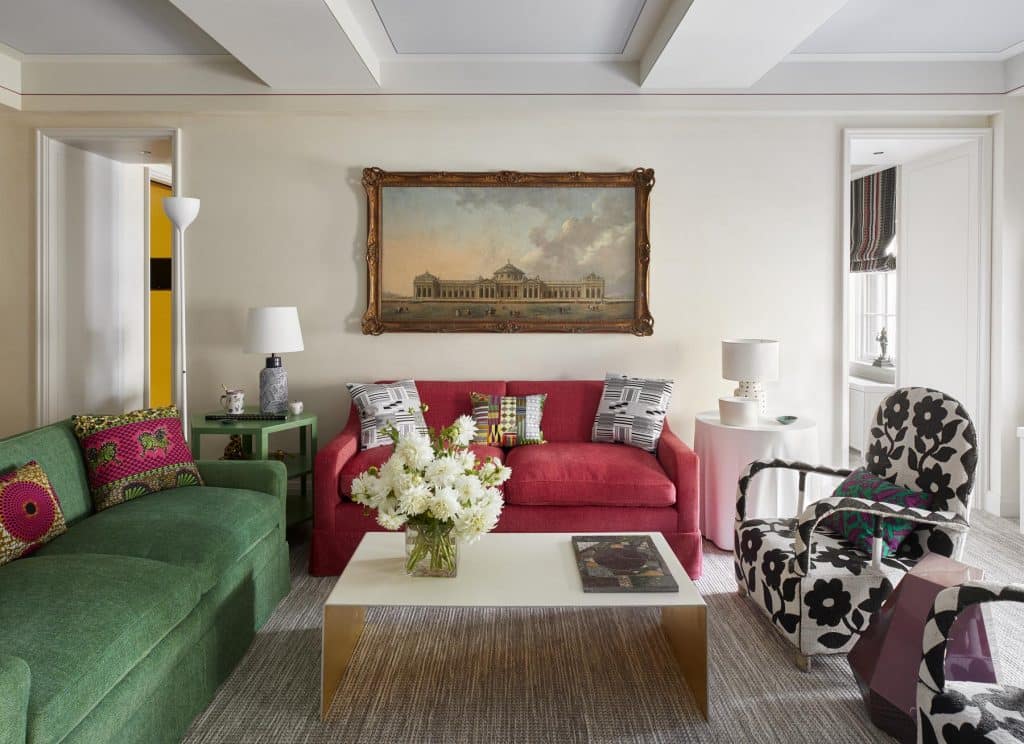 Architect Pietro Cicognani and interior designer Tino Zervudachi worked together to create an elegant pied-à-terre on Manhattan’s Upper East Side. In the living room, sofas by Anthony Lawrence Belfair and a pair of beaded black-and-white African chairs face off across a low table from Gerald Bland. The chairs flank an Emerald side table by Achille Salvagni. 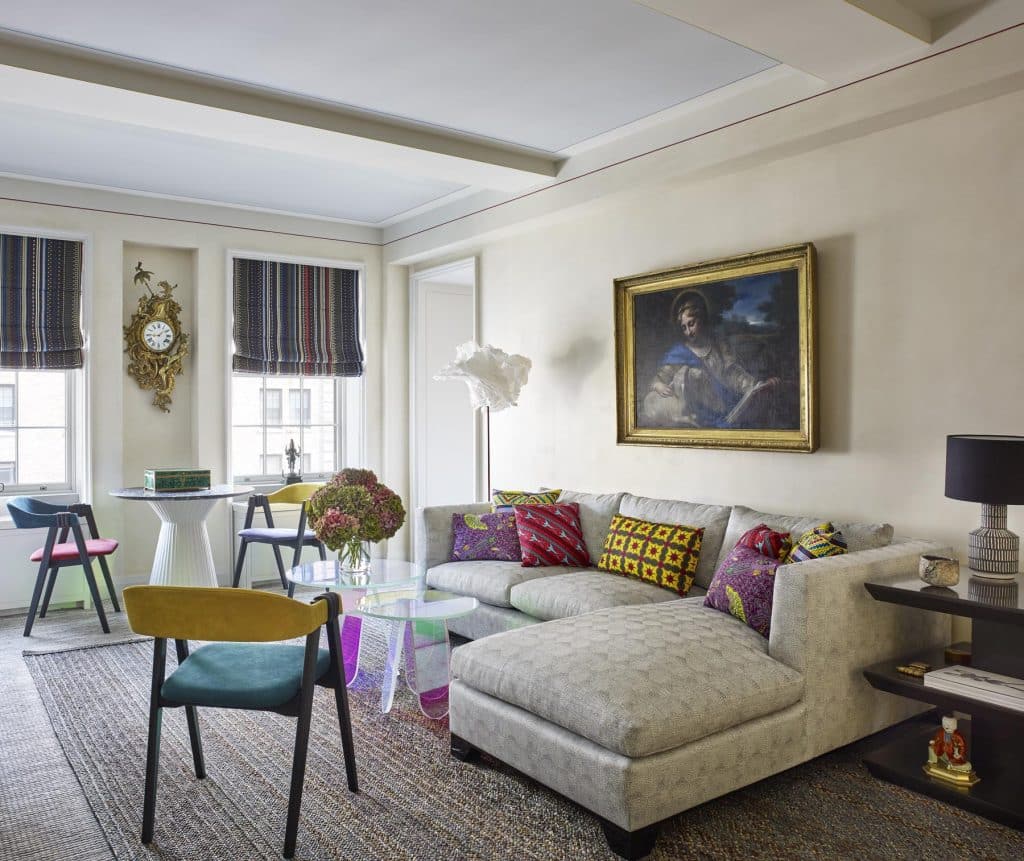 In the family room, a pair of stackable Mathilda chairs by Patricia Urquiola sit at a round table, while another stands in the foreground. The cloud-like floor lamp is by Orsina Sforza. 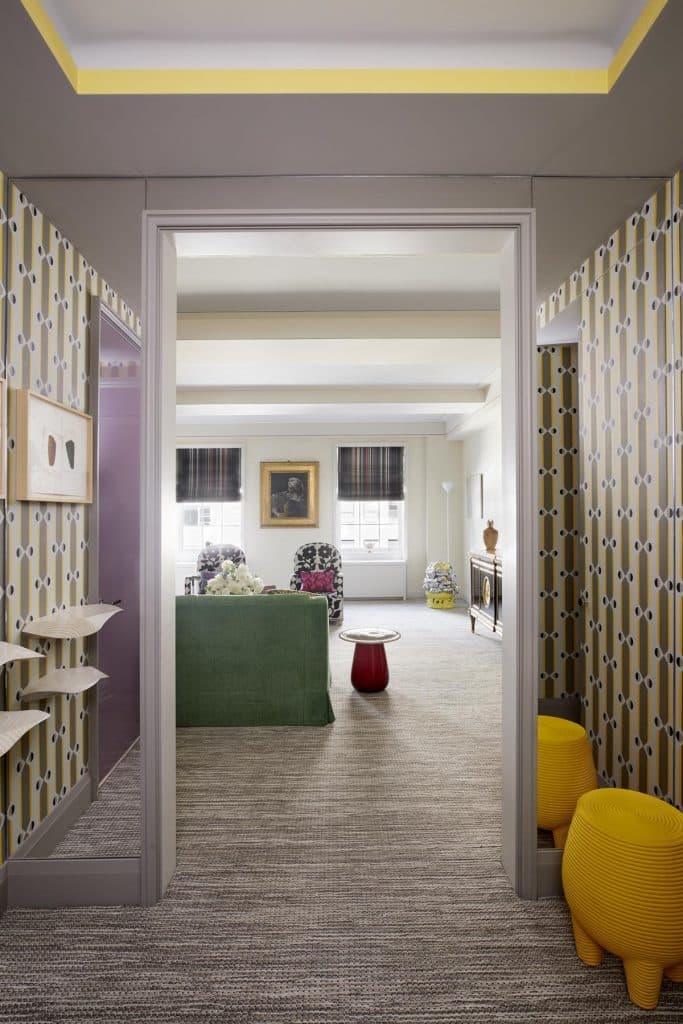 The entry features Vienna wallpaper by the British company Jupiter 10, floating Nimbus shelving in ash by Stefan Bishop and an Ilor stool by Christian Astuguevieille. Lavendar-lacquered doors appear throughout the apartment. 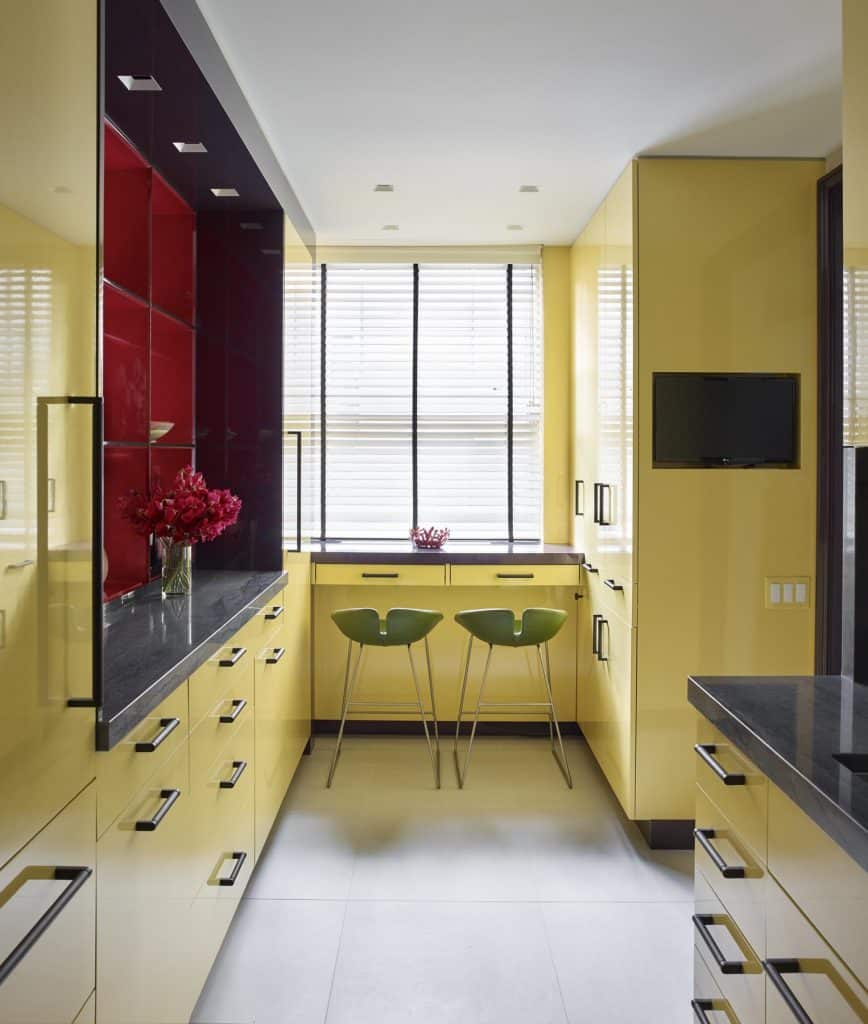 In the high-gloss yellow-and-red kitchen, two Fjord bar stools by Moroso sit at the counter by a window. 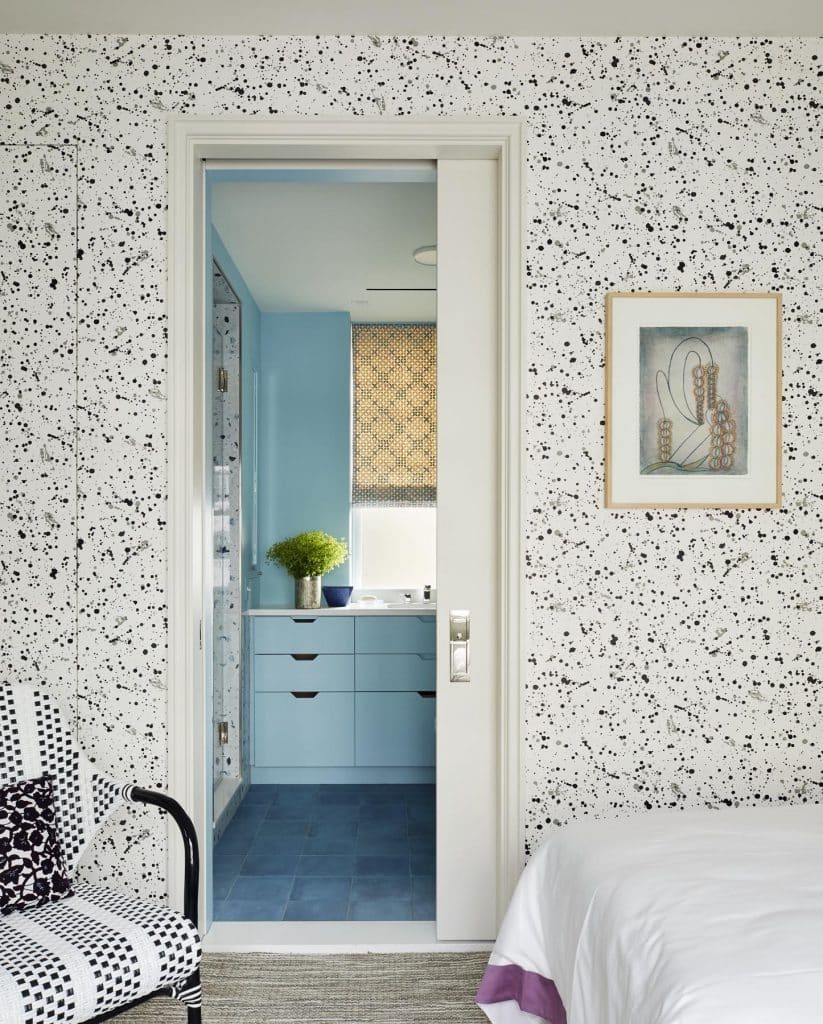 The overall scheme harmonizes with the owners’ diverse art collection, which ranges from 17th-century paintings to contemporary works by artists like Beatrice Caracciolo, whose Greenwich Village apartment and studio was also designed by Cicognani. “The easiest relationships are with designers who have an architectural sensibility,” Cicognani says of his collaborations with interior decorators, “and those who appreciate the importance of visual art.”

Cicognani returned to New York, and to his office, in September. These days, he sees his work becoming “more daring, less about the program,” and engaged in “exploring unexpected juxtapositions.” How this will manifest in subsequent projects may be suggested by his Rome apartment, with its bright colors, futurist-inspired murals and mixture of Italian mid-century modern and contemporary furniture. Daring indeed. 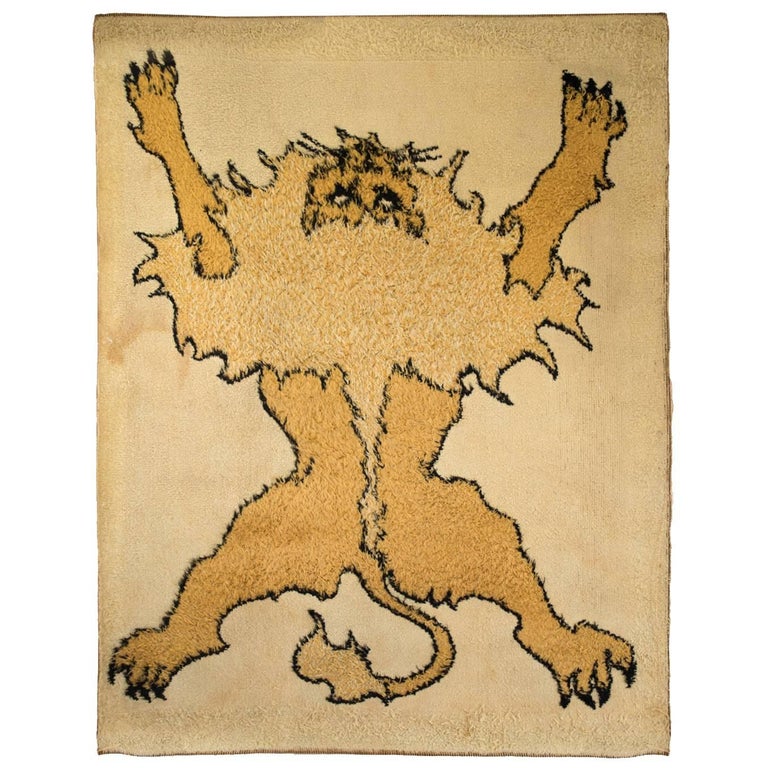 “Made in 1970 by the architects Roberto Gabetti and Aimaro Isola, Tapileo — in Italian, tapi means ‘rug’ and leo means ‘lion’  — mixes traditional handcraft with the technical innovation of their architectural work. The humor lies (pun intended) in representing a lion in wool in lieu of a poor dead animal lying flat on the floor with his head up.” “Another play on history from the Genoa region, these nineteenth-century columns are finished in scagliola — ‘chips’ in Italian — a historic method of composing marble inexpensively from smaller pieces. The technique helps artisans achieve incredible finishes like those seen here, which are then waxed for protection.” 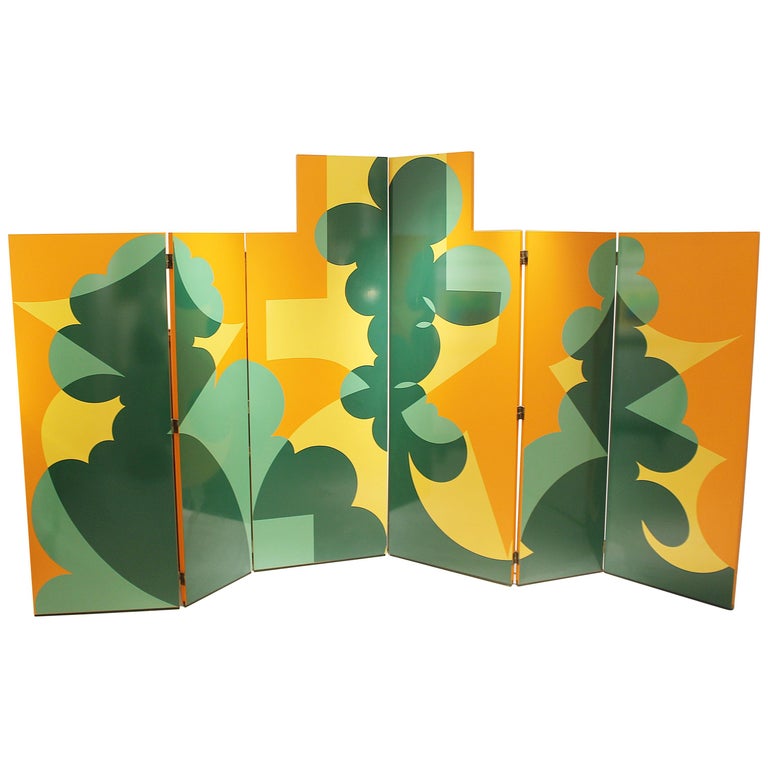 “Painter and poet Giacomo Balla was a key proponent of futurism, depicting light, movement and speed in his work. Made in 1971, these beautiful screens emphasize his Futurist sensibility, a style that is enjoying a revival after a successful exhibition dedicated to the movement at New York’s Guggenheim Museum several years back.” 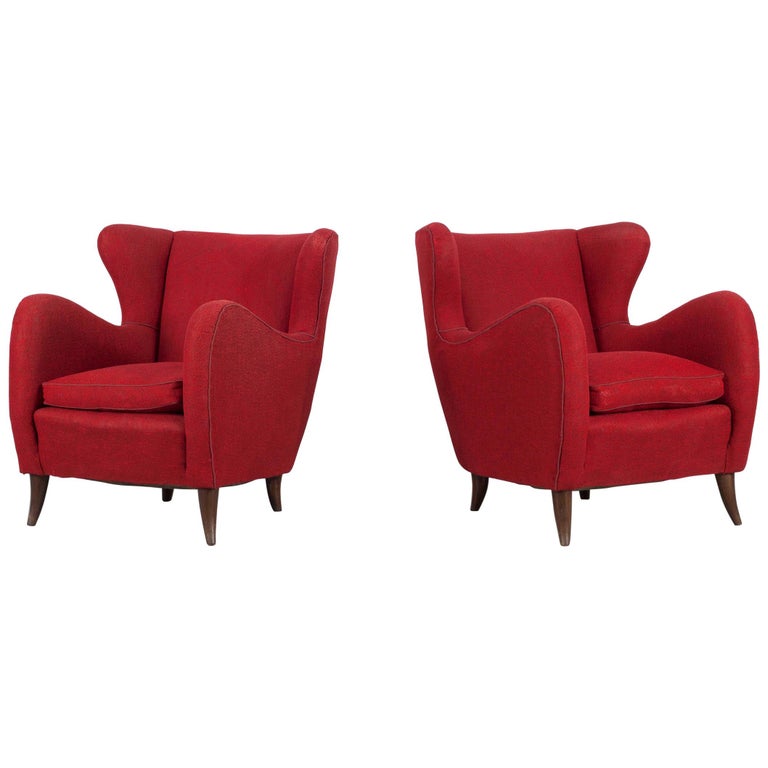 “A designer of many furniture pieces in the nineteen fifties, Melchiorre Bega was an illustrious architect from Bologna who directed the influential architecture magazine Domus. These armchairs have a strong presence without sacrificing comfort, and I particularly appreciate that they have their original upholstery, which is rare.” 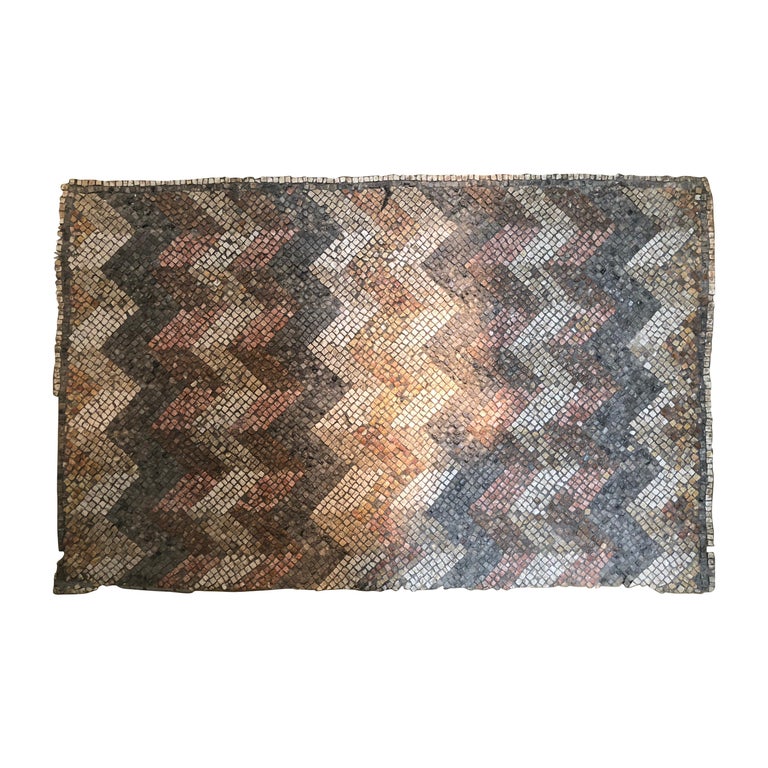 “This wonderfully modern Roman mosaic from the fourth or fifth century AD could be embedded in a floor, flush with its surrounding material, and work very much as a ‘rug.’ The pattern is vibrant and abstract, and it complements any piece of contemporary furniture, even if they’re made eighteen centuries apart.” 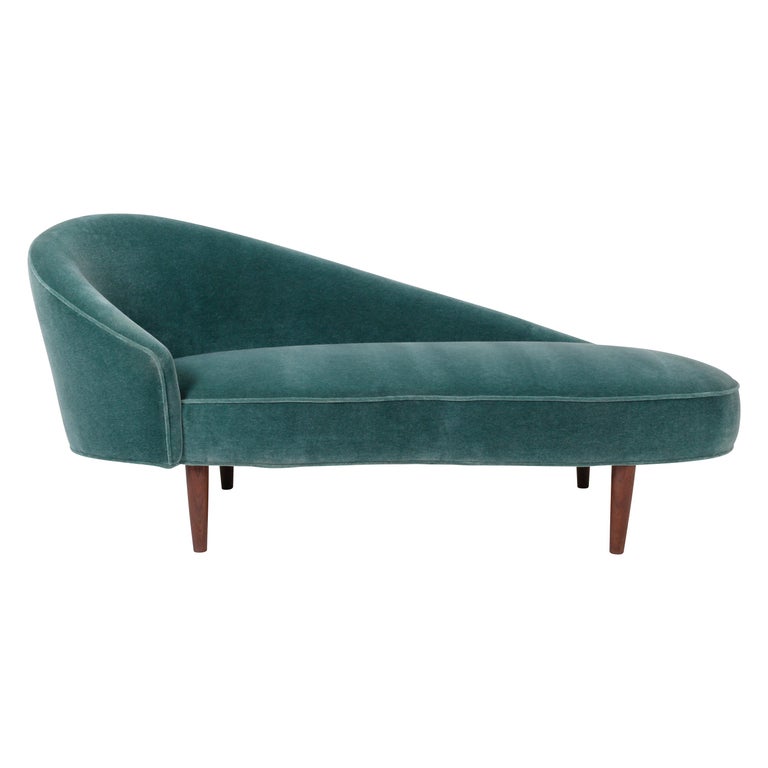 “Adrian Pearsall’s chaise longue has an essential beauty to it, pragmatic and yet extremely elegant. He studied architectural engineering, which is probably why I’m so drawn to his furniture designs, and he founded the furniture company Craft Associates in Pennsylvania in 1952. This piece is a great addition to some of the others I’ve chosen here.” 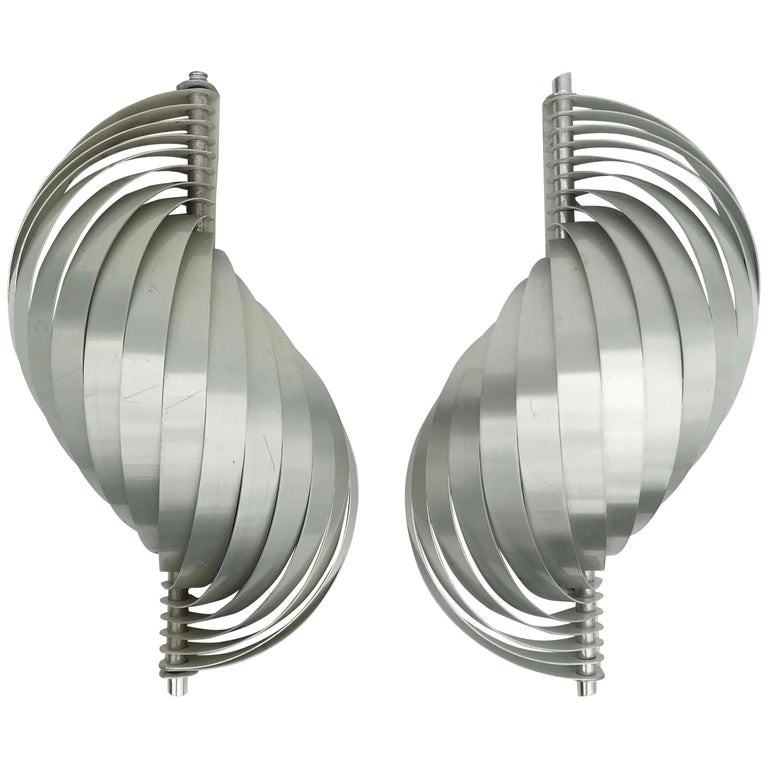 “Henri Mathieu’s elegant industrial design would work very well with historical objects, ideal given today’s eclectic approach to decorating the environments we live in. His use of aluminum and plastic in these sconces is masterful.” 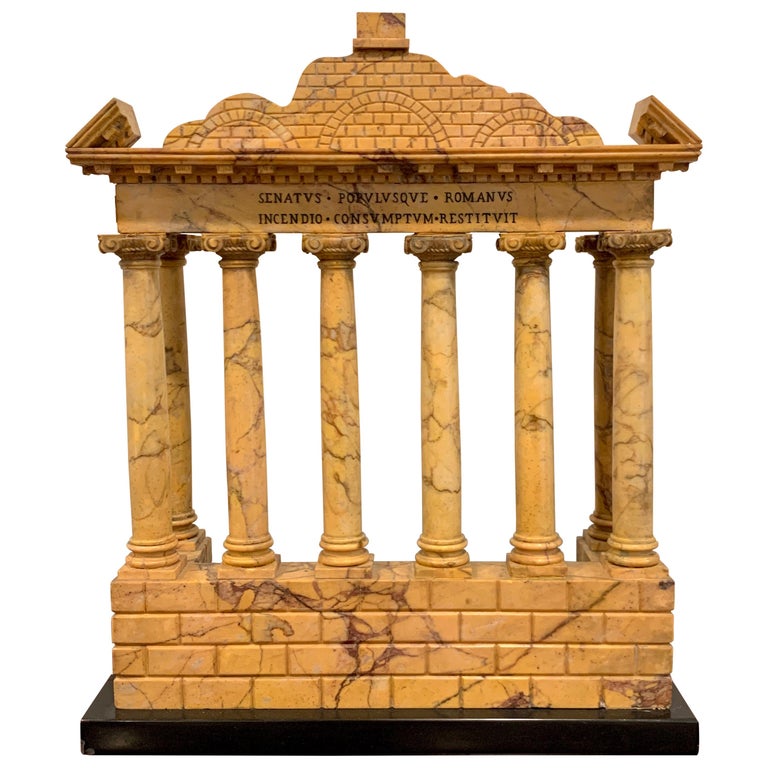 “This piece — a nineteenth-century replica, in giallo antico marble, of the ruins of the Temple of Saturn in the Roman Forum, with an inscription about the reconstruction of the Roman senate house after its destruction by the Gauls — would provide a strong historical element in a contemporary interior.”