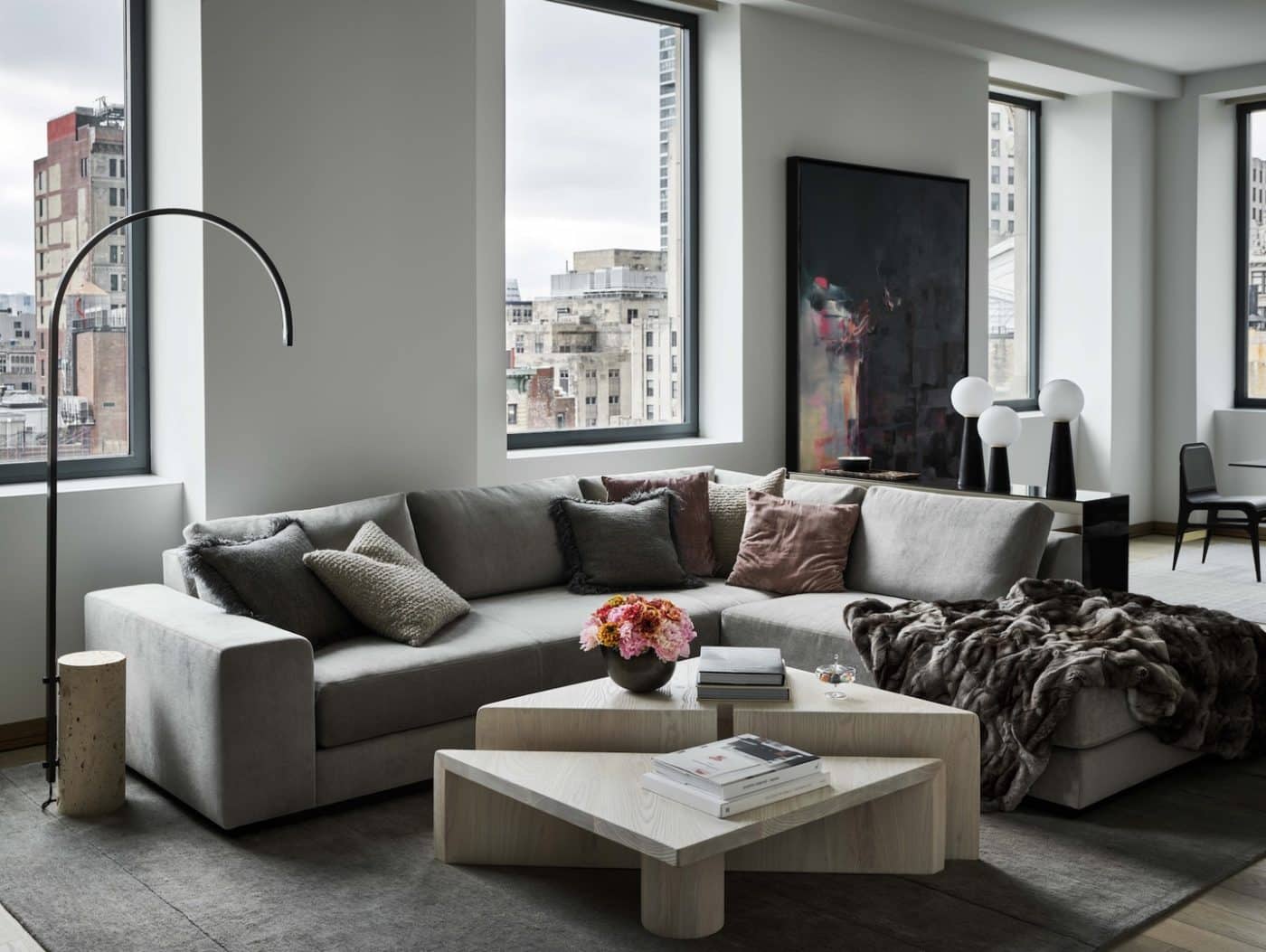 When opportunity knocked, PROJECT AZ’s Ahmad AbouZanat was more than ready to answer.

February 6, 2022Just over four years ago, Ahmad AbouZanat was closing his last sale on his final day as an associate in a Manhattan furniture showroom when fate stepped in.

After stints in Washington, D.C., and Houston, the Qatar-born, Lebanon-raised AbouZanat had moved to New York a few months earlier with ambitions of becoming an interior designer but, he says, “zero dollars and zero connections.” What he lacked in resources, however, he made up for in training, with a degree in interior design from the American University of Science and Technology in Beirut and an impressive CV of hospitality and design work in both Lebanon and the States, including a job with Lori Graham Design + Home, in D.C.

When he informed his showroom customer that he was taking a leap of faith and leaving the company to pursue his dream, the man, who had recently closed on a new apartment, offered him an interior design commission on the spot. AbouZanat was prepared for the challenge. He accepted, and the customer became his first design client.

“Hospitality taught me a lot about how you exceed expectations for clients,” says AbouZanat, now the owner of New York–based firm PROJECT AZ. “How do you anticipate what they want? What kinds of details will make a difference, even if the client isn’t fully aware of them?”

Also formative was a job in Lebanon with an internationally renowned architect, which he describes as “an insanely excellent experience.

“Everything we did there was custom made,” he recalls. “I learned a lot about the technicalities of designing a piece of furniture or a lighting fixture.”

Not surprisingly, AbouZanat, who is as comfortable remodeling as he is redecorating, describes his style as detail oriented. “That’s the influence of the architect I worked with,” he says. “We used to spend so much time on every detail. I really took that to heart.”

The New Yorker and new American citizen (he was sworn in just a few weeks ago), sat down with Introspective to talk about his love of Parisian design, the value of negative space and the art and fashion icons he admires.

I spend a lot of time outdoors, and I get really inspired by nature. I obsess over details, so I can stare at something for hours. I think winter is magical, but summer is torture!

I take a lot of inspiration from other designers’ work, as well. Ken Fulk is one of my biggest inspirations. His style is completely different from mine, but I have so much appreciation and admiration for what he does and how he does it.

I also read The Little Prince every year at least once. It’s one of those really hopeful and joyful books that make you feel like there’s something bigger than just us. That book really moves me.

When I first started, Christian Liaigre was my absolute favorite, and I really look up to Holly Hunt as well. When it comes to furniture, I don’t like anything too crazy, and I love these two because they’re very timeless, very chic, very modern. Their pieces work in any space.

Nick Cave is an artist I admire. I’m a big fan of his bold colors, textures and patterns. I fell in love with his Soundsuits because I like the idea of camouflaging gender, race, age and all other traits that influence society’s opinion of a person. I am the proud owner of a signed print of Nick Cave’s Head Dressed, which operates on the same principle. Only a small part of the body shows, and the head is a colorful floral arrangement set against a patterned background.

I really love contemporary Parisian design. The Louis XIV or XV periods are too much for me, but it feels as if over time French designers kept the essence of that aesthetic and refined it. Pierre Yovanovitch’s work is, to me, sublime. It’s not only interior design, it’s art.

What are your favorite design styles?

I love a minimalist mix of design styles and periods. If you look at an architect like Félix Millory, his work is traditional Parisian architecture, but everything is modern, minimalist and timeless. It’s the fusion and balance of this that I appreciate.

Tom Ford. He represents luxury, but he’s not pretentious. You look at his ads, and they’re bold, they’re striking — I even love the terminology he uses. He’s actually an architect by education, but he delves into film and music. He’s who I want to be when I grow up! 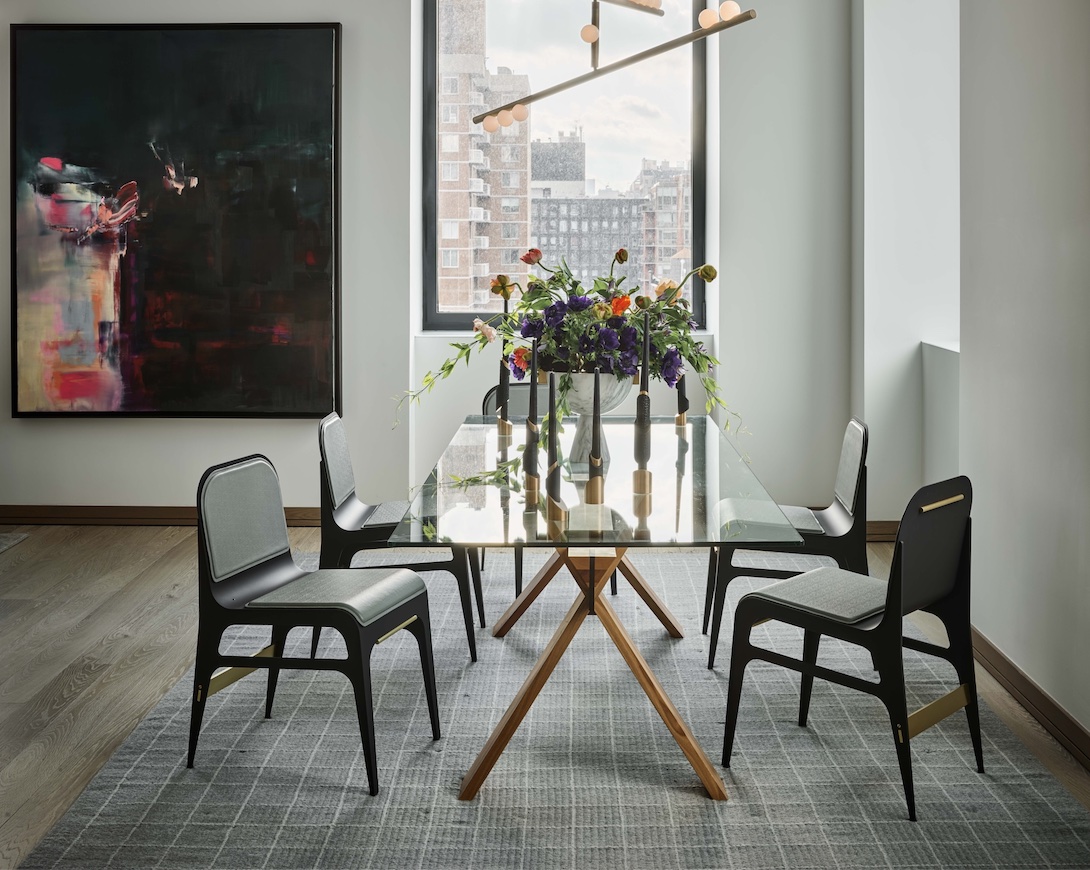