Robert Stilin’s Interiors Are Infused with a Laid-Back Sophistication 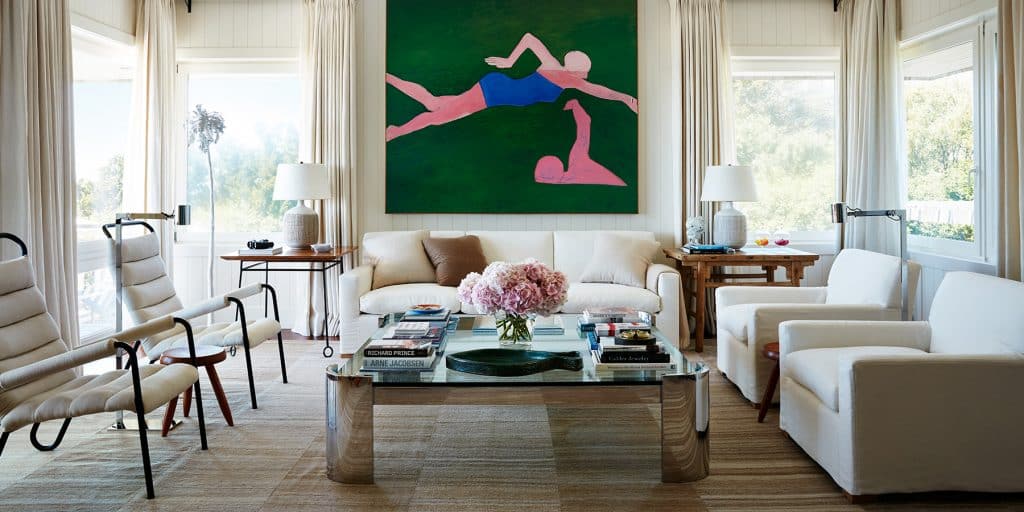 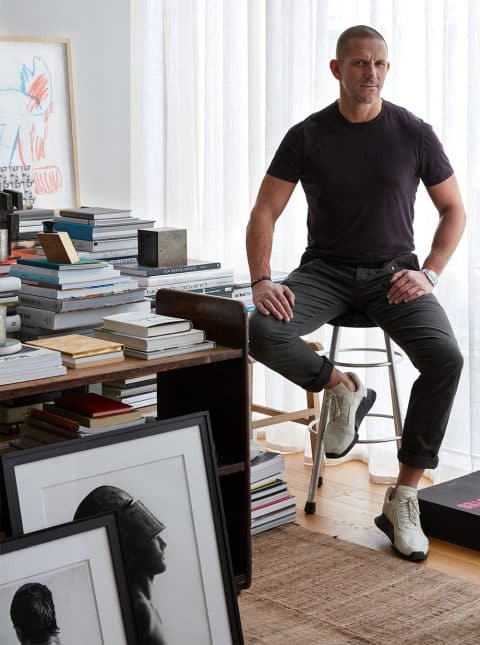 October 13, 2019Interior designer Robert Stilin, seen here in his apartment in New York’s Soho, recently released a monograph — his first in his 30-year career (portrait by Massimo Vitali). Top: At a home in Sagaponack, in New York’s Hamptons, Joan Brown’s The Swimmers #2 (The Crawl), 1974, hangs over a custom sofa flanked by a Jean Royère table and an antique Chinese elm table. The stool between the pair of 1930s Jean Burkhalter lounge chairs  is by Charlotte Perriand, and the coffee table is Brueton.  All photos by Stephen Kent Johnson unless otherwise noted

He’s been crafting elegant, supremely comfortable interiors for 30 years, but Robert Stilin’s work has never been the subject of a book — until now. Robert Stilin: Interiors (Vendome), offers a look at 15 of the houses and apartments he has designed around the country.

It’s fair to say that Stilin is best known for his laid-back Hamptons houses. The book — with photographs by Stephen Kent Johnson and an introduction by Mayer Rus, who also edited the volume — amply demonstrates that he is equally adept at designing a glamorous Manhattan apartment, a Palm Beach penthouse and an avant-garde family home on 35 acres in Louisville, Kentucky. His sensibility is modern, but whether pared-down or opulent, his richly layered interiors exude the warmth of home. As Stilin explains, “I make spaces that are not showplaces — they’re places where you can live your life.” 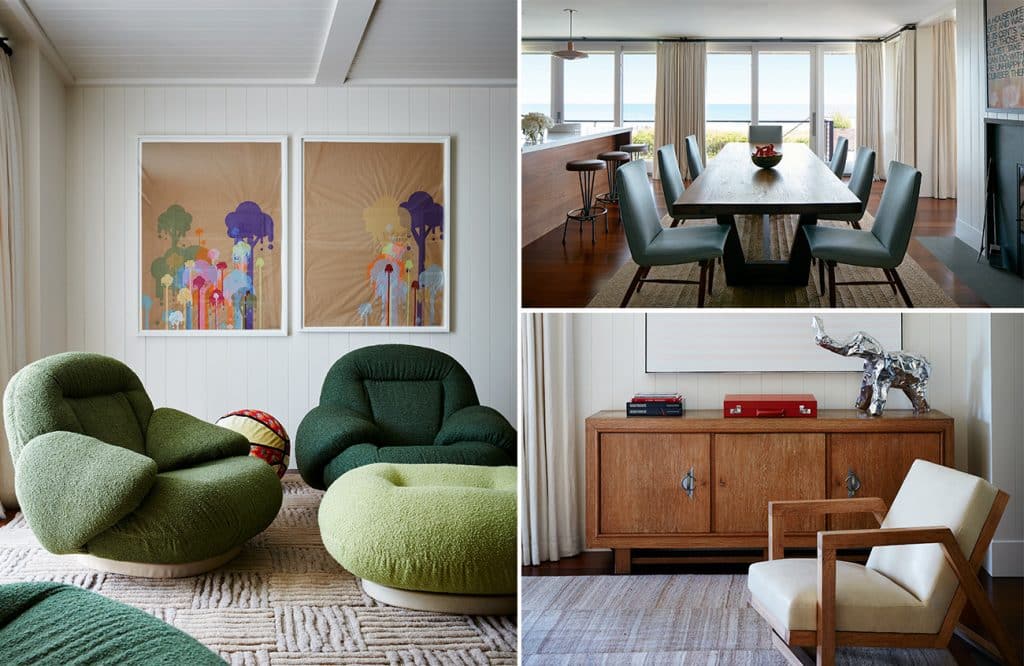 Clockwise from left: In the playroom of the Sagaponack house, a pair of Ryan McGinness artworks hang above Pierre Paulin Pacha chairs and ottomans from 1975; George Nakashima chairs surround a custom fumed-oak table in the home’s dining room; a 1935 Suzanne Guiguichon armchair sits in front of  a 1940s French oak cabinet.

This approach results in nuanced interiors that invite viewers to linger on the book’s pages. In an updated 1980s Hamptons beach house, the designer used a pale, monochromatic color scheme as the backdrop for a collection of works by artists like Agnes Martin, Joan Brown and Damien Hirst, arranged in rooms furnished with pieces by such 20th-century masters as George Nakashima, Jean Royère, Charlotte Perriand, Maxime Old and Børge Mogensen. 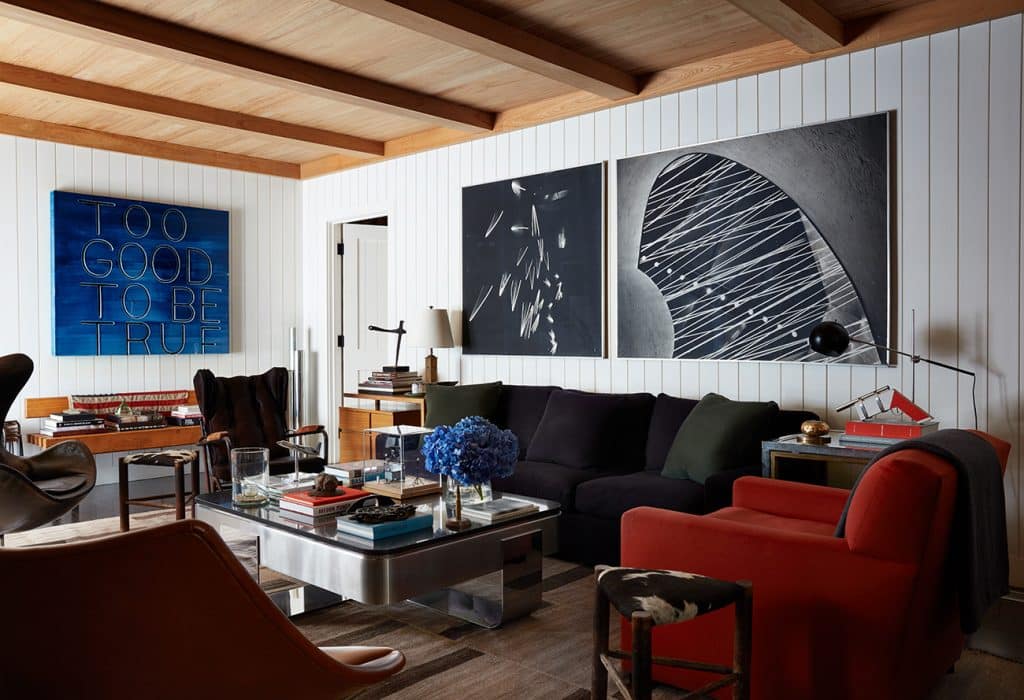 In the living room of Stilin’s own Hamptons home, photographs of a 1966 Lucio Fontana installation at New York’s Guggenheim Museum hang above the sofa; the coffee table is a vintage Brueton piece.

A Manhattan duplex Stilin designed is just as art-centric but with a more playful sensibility. The clients requested lively, colorful rooms that were not intimidating — in other words, Stilin quips, “they wanted my version of a fancy Upper East Side apartment.” The living room’s subtly textured gray walls are a foil for the colors and textures of the furniture — armchairs by Giò Ponti and Giulio Minoletti, a mirror by Max Ingrand mounted above an Émile-Jacques Ruhlmann mantel, plus sumptuous custom sofas — and the art, which includes an Andy Warhol flower painting, a gilded sculpture by Harry Bertoia and a large-scale piece by Richard Prince. In the master bedroom, one of Mark Rothko’s contemplative paintings hangs near an exuberant stainless-steel and pink-resin bed by Maria Pergay. That this who’s who of art and design manages to look utterly relaxed is a testament to Stilin’s keen sense of balance. A collector himself, the designer helped his clients choose the pieces. “I always say to clients that if we don’t love it, we don’t buy it,” he says. It’s a sentiment that jibes with his general outlook: “My work is intuitive, not calculated.” 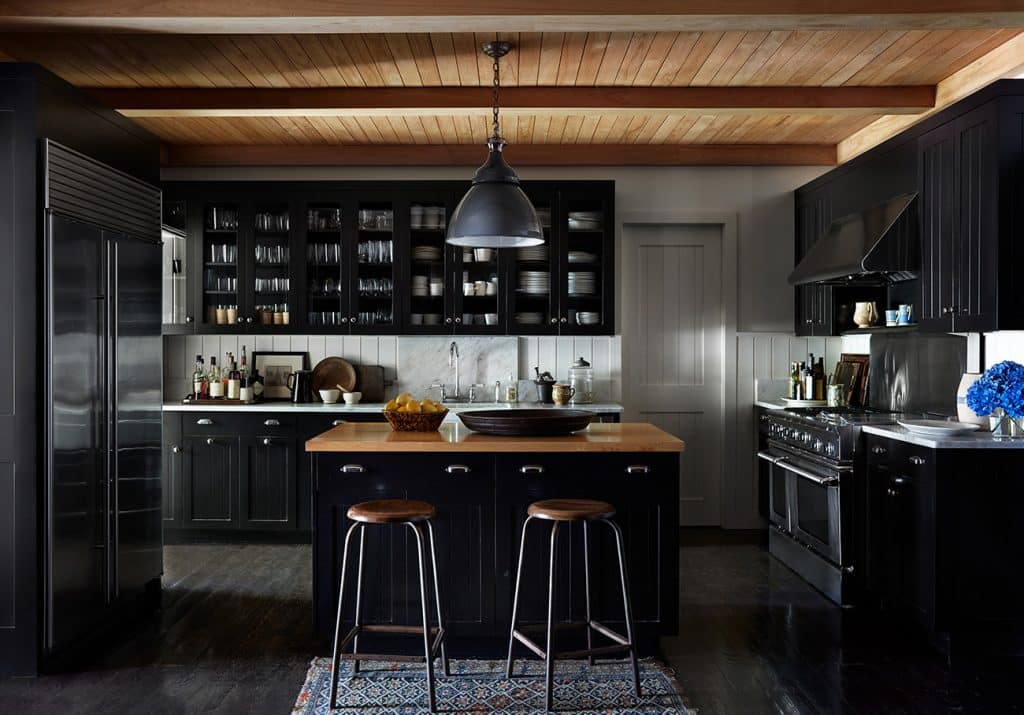 In interior designer Robert Stilin‘s own home in New York’s Hamptons — which is among the 15 projects featured in his new monograph — white walls, a wood ceiling and dark painted cabinetry create what the book describes as “a study in contrast.” 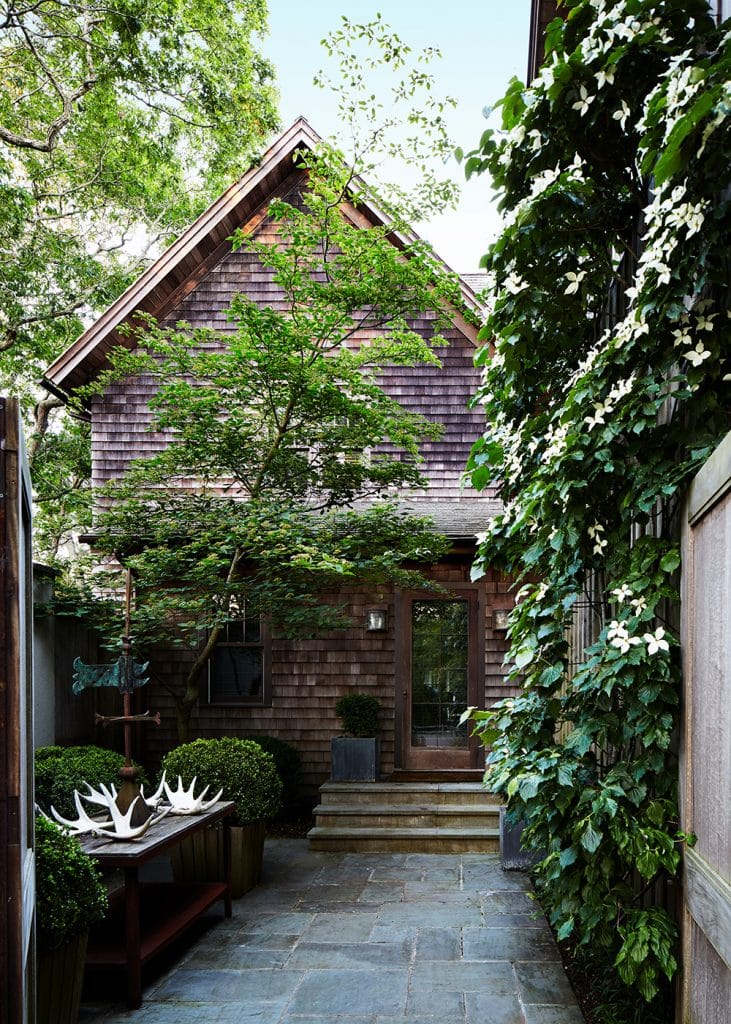 Collaborating with architect Frank Greenwald, Stilin designed and built the house — whose entry courtyard is seen here — from the ground up in 2002. 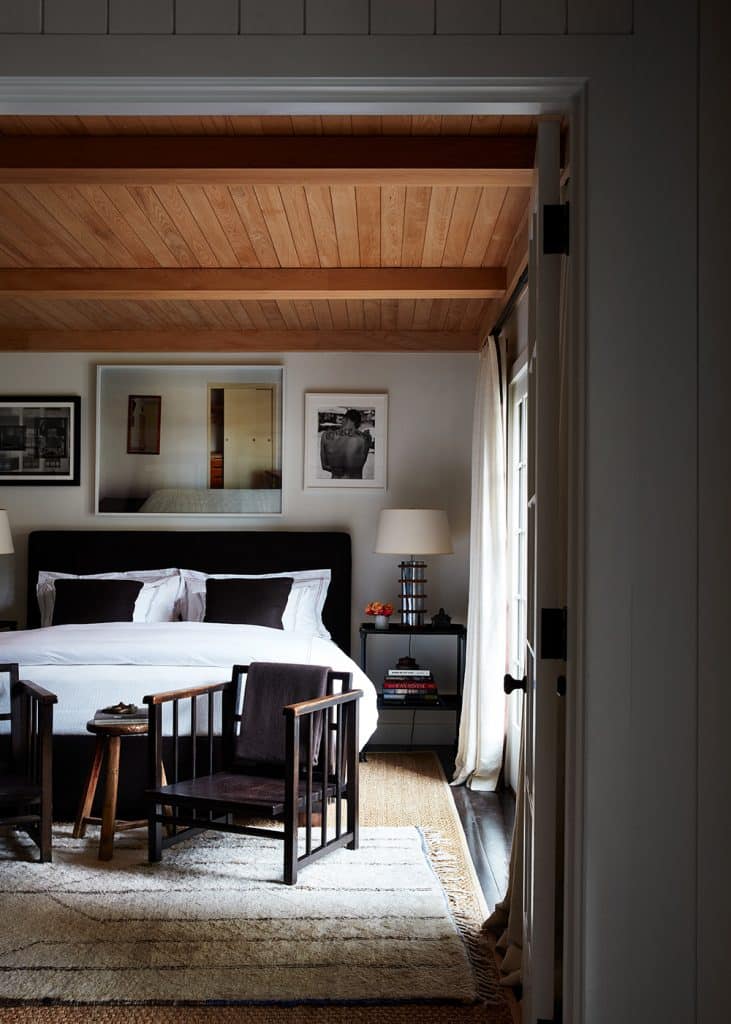 In one of the house’s guest bedrooms, Austrian chairs sit at the foot of the bed, and artworks by Abelardo Morell, Santiago Porter and Michael Dweck hang over the headboard. 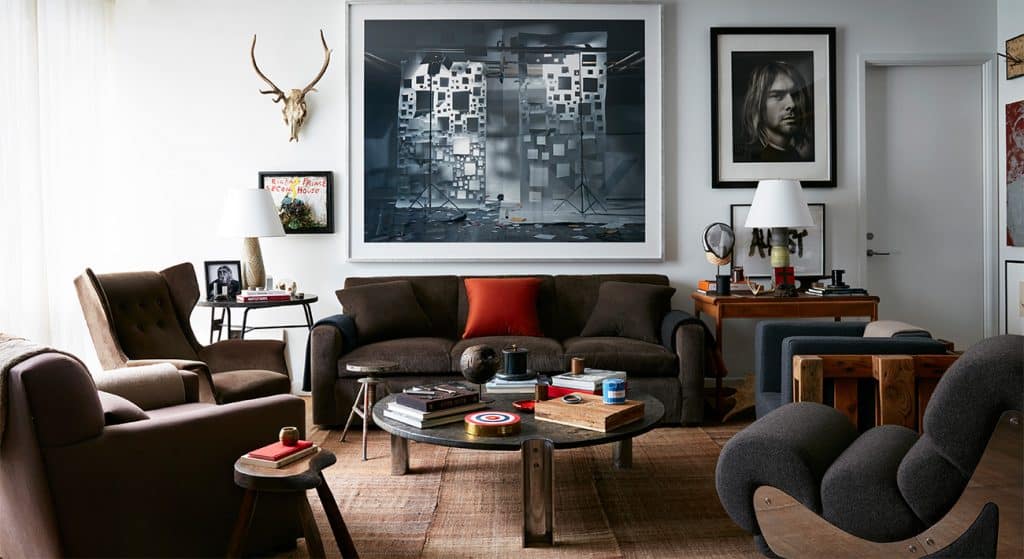 Stilin mounted a deer skull, a David Haxton photograph and a Mark Seliger portrait of Kurt Cobain above the sofa in his New York City apartment. The velvet wing chair is vintage Italian; the 1970s French coffee table is made of metal and schist. 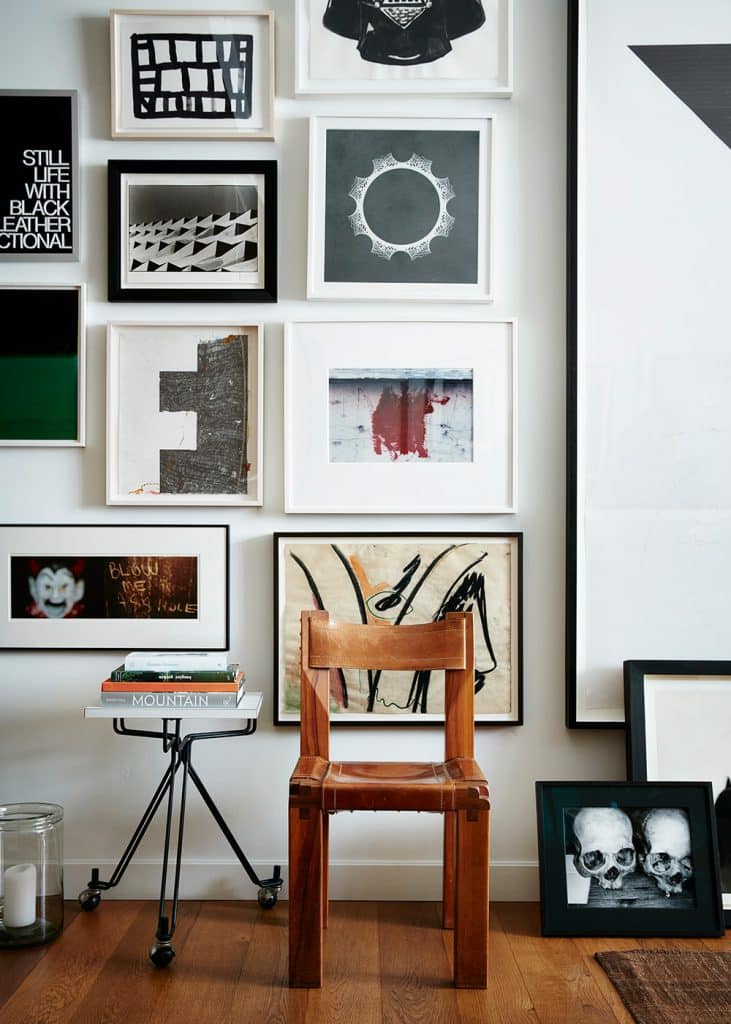 A gallery wall displaying works by Wolfgang Tillmans, John Waters and Stanley Whitney, among others, forms a backdrop for a mid-century typewriter table designed by Eliot Noyes for IBM and a Pierre Chapo chair. 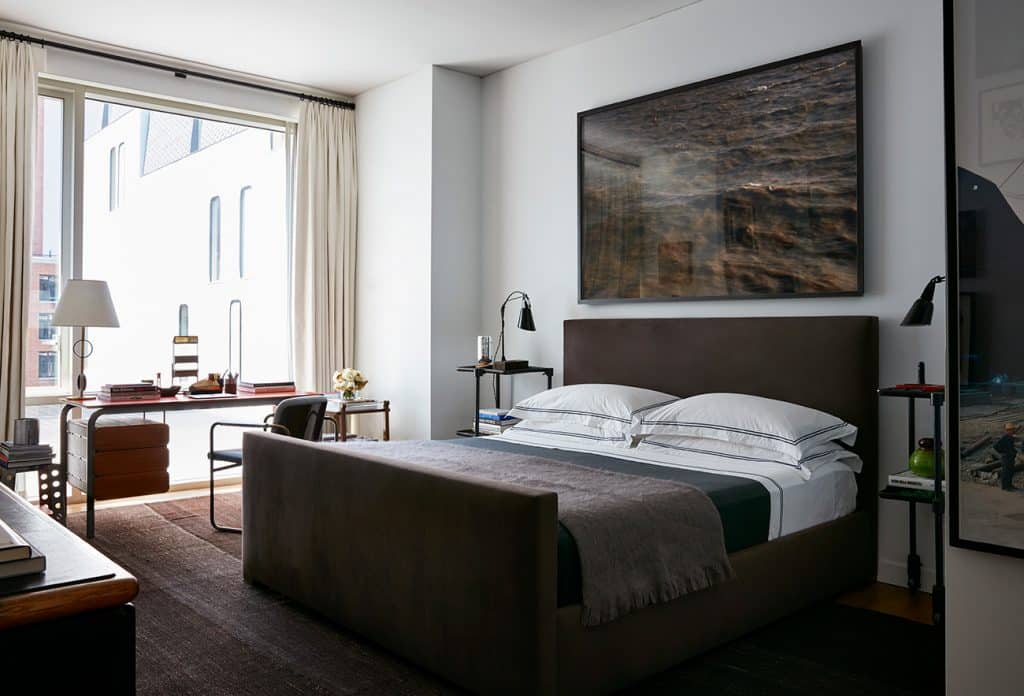 A Marcelo Brodsky photograph holds pride of place above the headboard in the master bedroom.  The nightstands on either side are vintage American machinist tables. 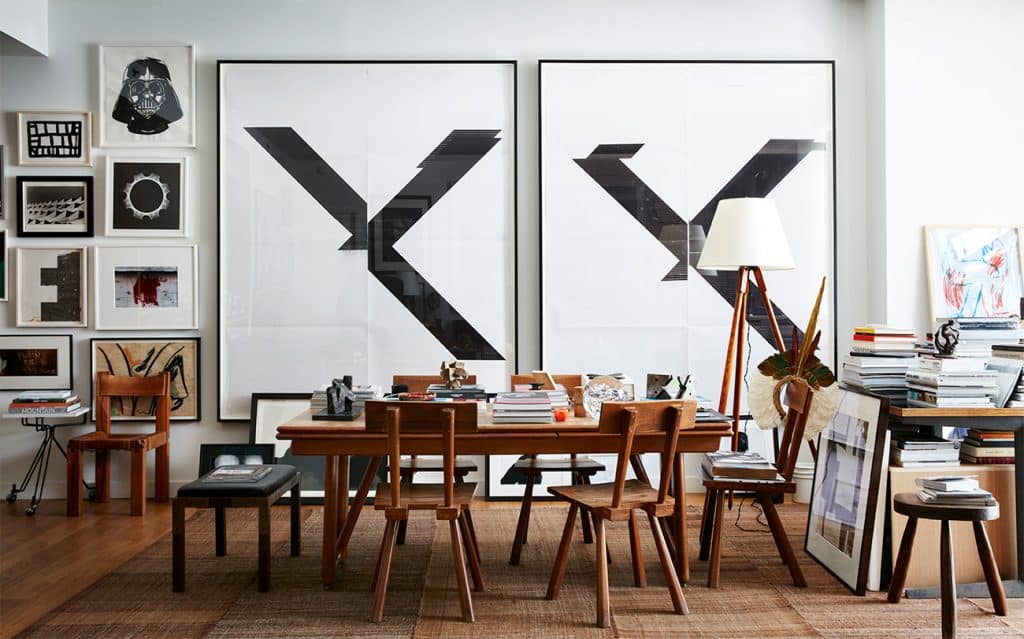 In the dining area of the home, two Wade Guyton prints hang on the wall behind a Guillerme et Chambron table surrounded by Atelier Marolles chairs.

The central role intuition plays in Stilin’s work perhaps reflects the fact that the designer is essentially self-taught. Stilin studied business and he says he assumed he’d go into “finance — or something entrepreneurial.” He did just that, although perhaps not as he had envisioned, opening a home design shop in Palm Beach in the late 1980s. A room he designed for a local show house landed him a commission to design a large apartment for a contemporary-art collector, and in 1989, Stilin established his own practice. Extensive travel, visits to museums, galleries and auction houses and enthusiastic perusal of art and design books sharpened his eye. 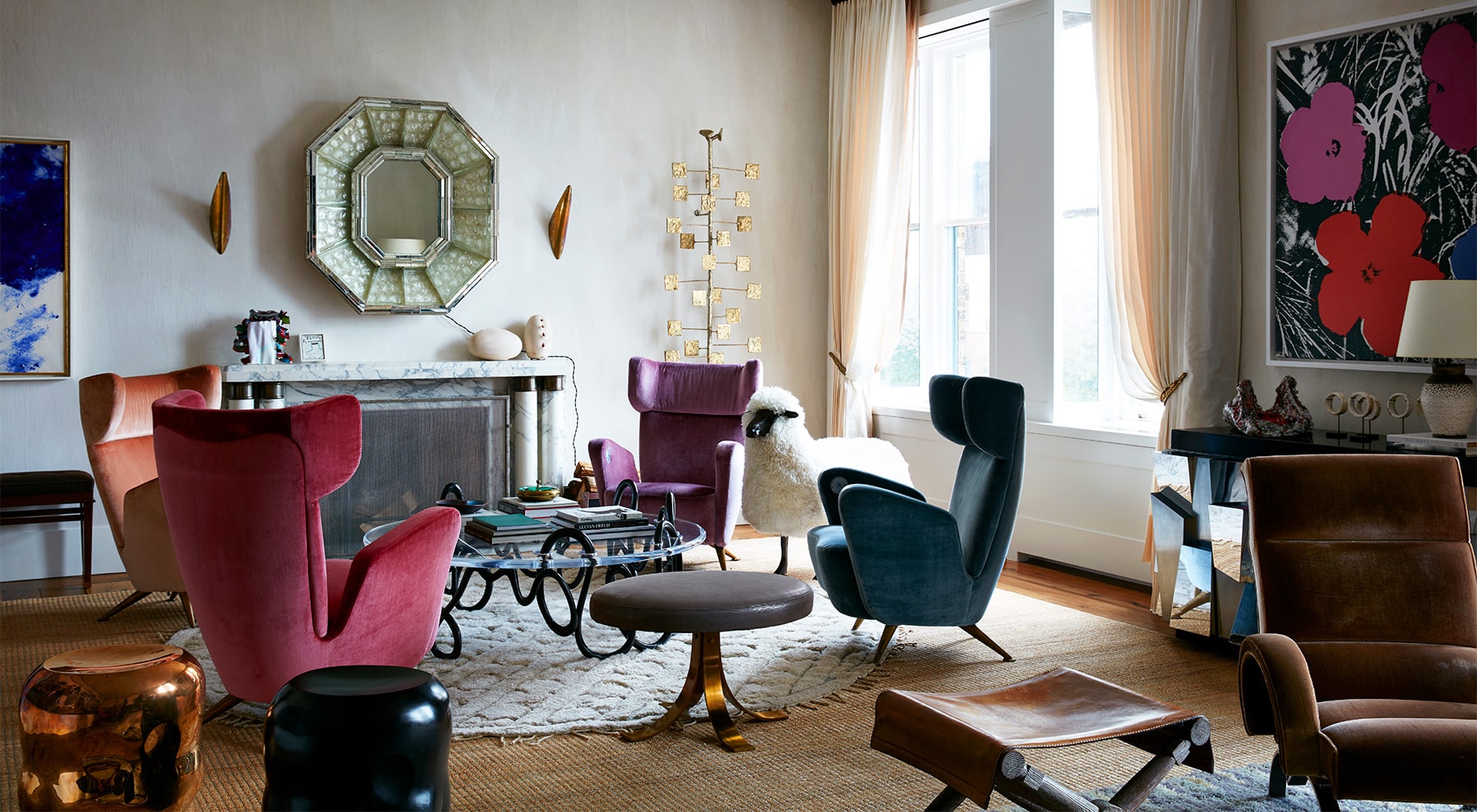 In the living room of a duplex on Manhattan’s Upper East Side, Stilin hung a Max Ingrand mirror over an Émile-Jacques Ruhlmann mantelpiece. In front of these, a quartet of chairs by Giò Ponti and Giulio Minoletti and a François-Xavier Lalanne sheep face a Mattia Bonetti coffee table. An Andy Warhol flower painting adorns a wall above a Paul Evans cabinet at right. 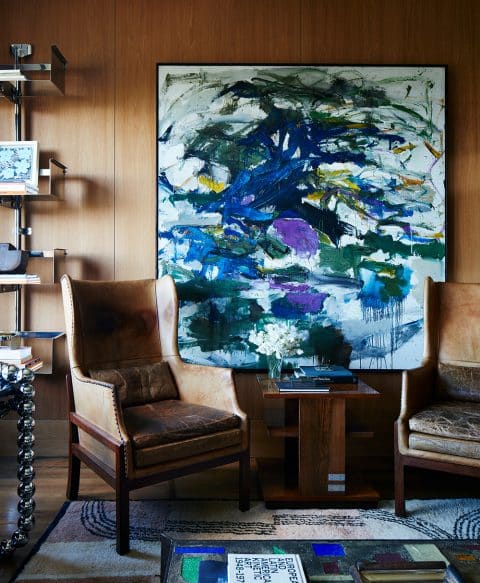 A leather wingback chair by Mogens Koch stands in front of a 1958 Joan Mitchell painting in the Upper East Side duplex’s den.

By 1998, Stilin had moved to East Hampton; he liked its quality of life and felt it would be a good place to raise his son Dylan, who is now 24 and a designer himself. Stilin calls his own house there — designed with the architect Frank Greenwald and inspired by Hamptons potato barns — “a repository of my life.” In the living room, large photographs of Lucio Fontana installations from a 1966 exhibition hang above a comfortable sofa, and a sleek vintage stainless-steel coffee table by Brueton breaks the modern-rustic vibe. Throughout the house are selections from Stilin’s extensive library .

Stilin also keeps a home in New York. The apartment, in a Charles Gwathmey–designed building in Soho, showcases his knack for mixing pedigreed art and design with anonymous or industrial pieces. A pair of large-scale prints by Wade Guyton dominate the dining area, which includes a wood table by the 20th-century French designers Guillerme et Chambron and a mid-century typewriter table designed by Eliot Noyes for IBM. Hanging on the wall above it are works by Wolfgang Tillmans, John Waters and Stanley Whitney, as well as pieces by lesser-known artists. As Stilin writes in the book, “This is decorating as autobiography, and the story of my life is written in three dimensions.” 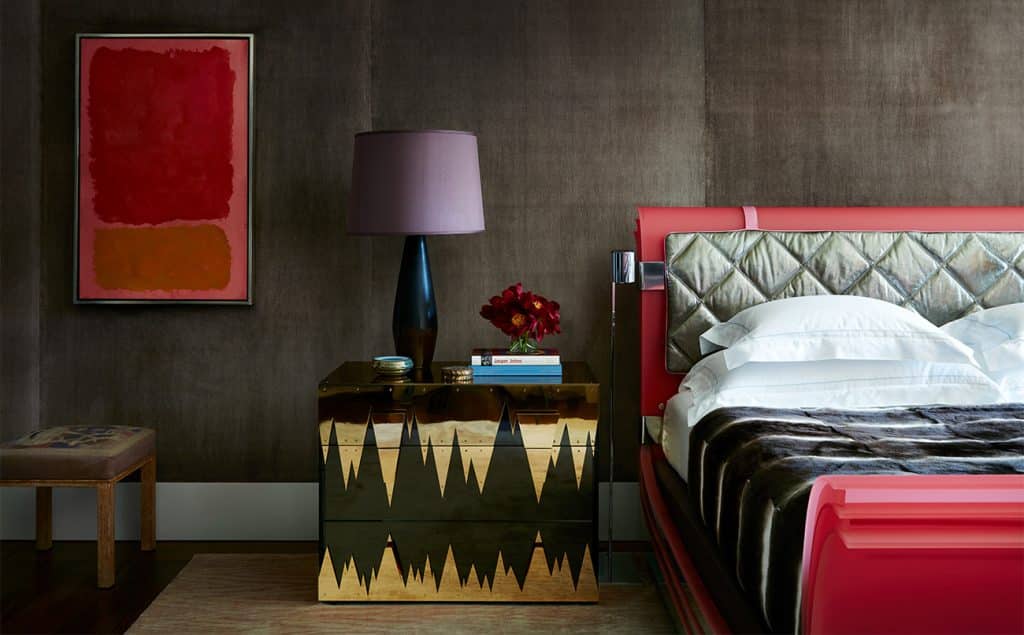 The duplex’s master bedroom features a silk velvet wall covering, a Maria Pergay stainless-steel and pink-resin bed and a painting by Mark Rothko.

Stilin would like to design hotels and do residential work in Europe, from which all four of his grandparents emigrated to the U.S. “I was raised in an old-world way,” he says, an upbringing that might explain his knack for seamlessly layering antique, vintage and contemporary. “Even when we renovate, brand-new looks cold,” Stilin notes. “Old things have a history in them — a history of life that takes the edge off everything that’s new. And they look good.” 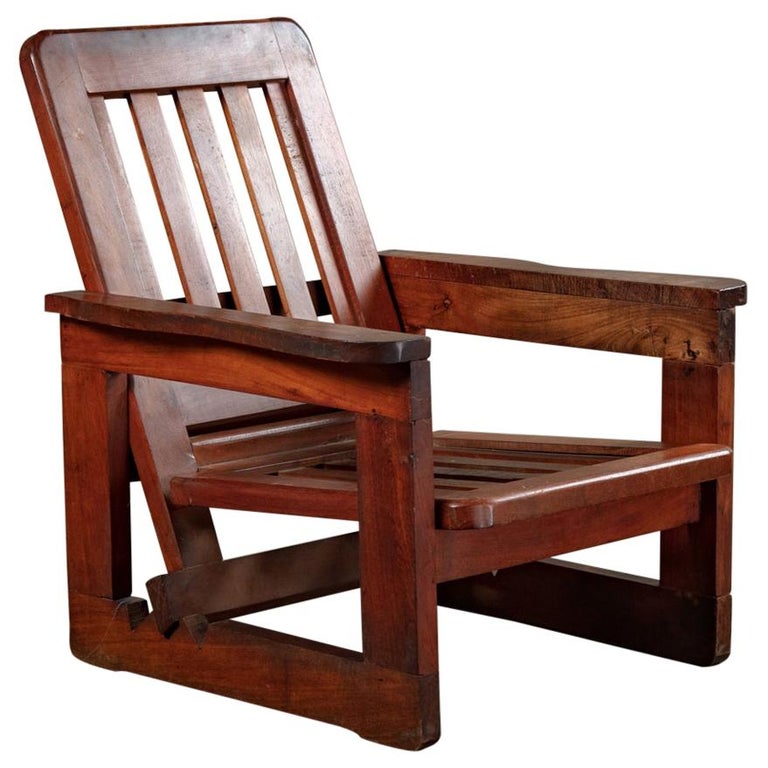 “This chair has a great sculptural form, as well as being good-quality craftsmanship from the nineteen forties.” 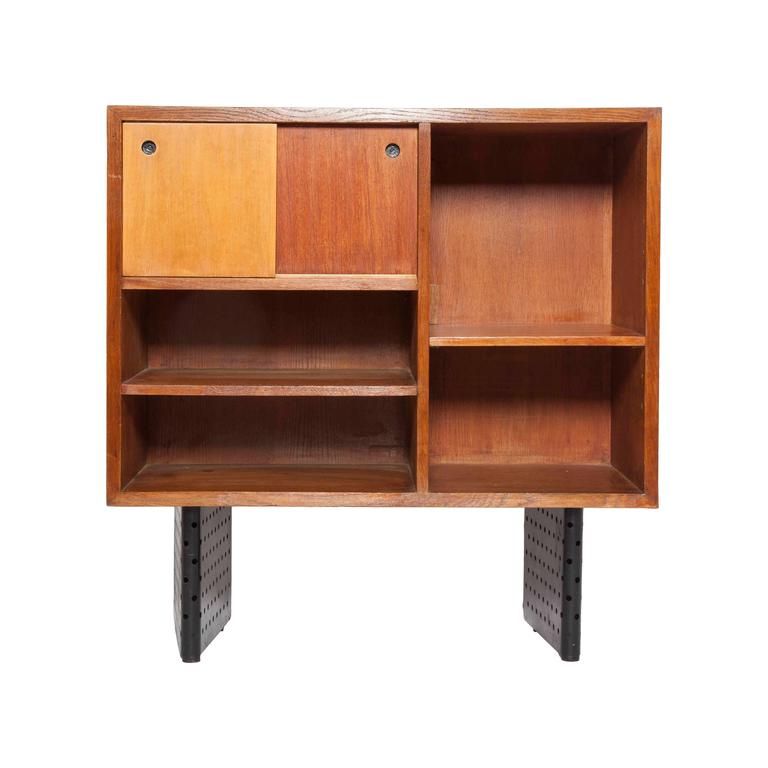 “This nineteen fifites cabinet has a beautiful combination of metal and wood, so it could be styled easily into a hall with vintage ceramics, books and a lamp.” 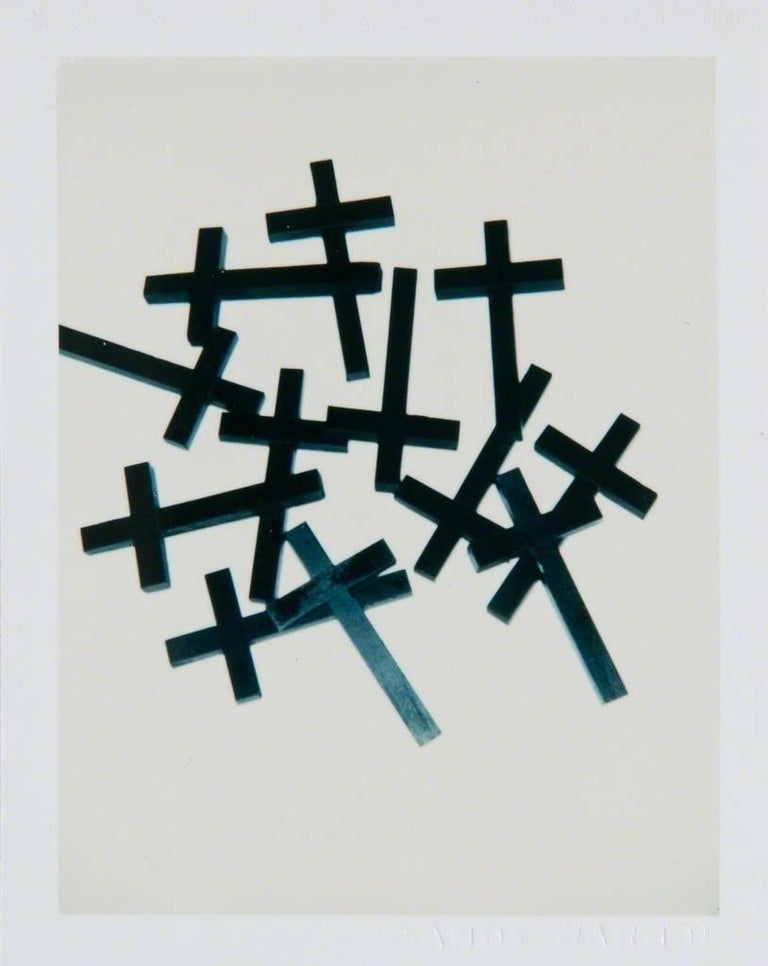 “This wonderful composition of crosses by Andy Warhol would be great on a small wall or mixed into a salon-style arrangement.”

“This sofa has the right combination of presence, patina and comfort for either a great entry hall or a library.” 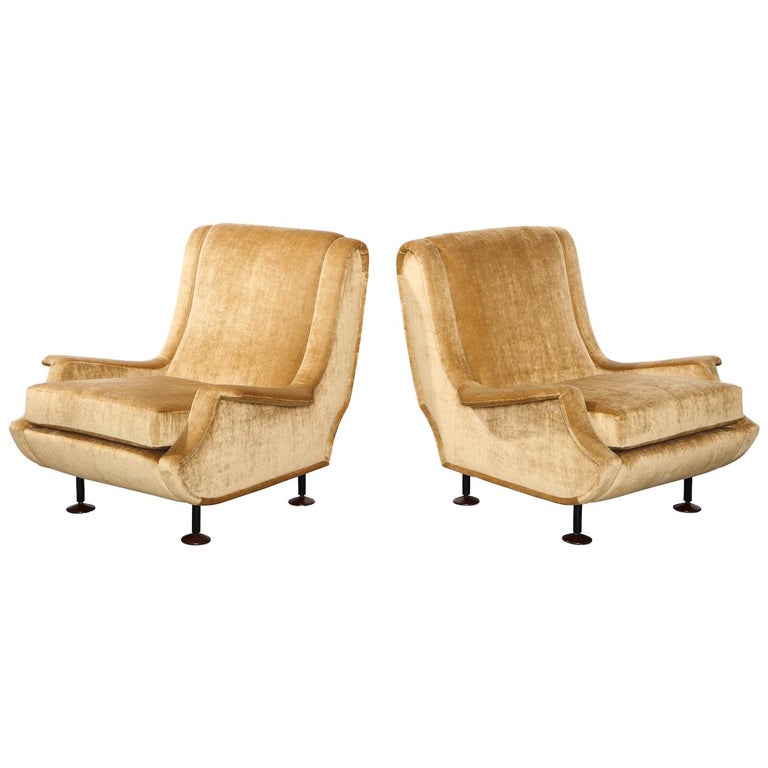 “These chairs, aside from comfort, have sharp profiles from all angles.” 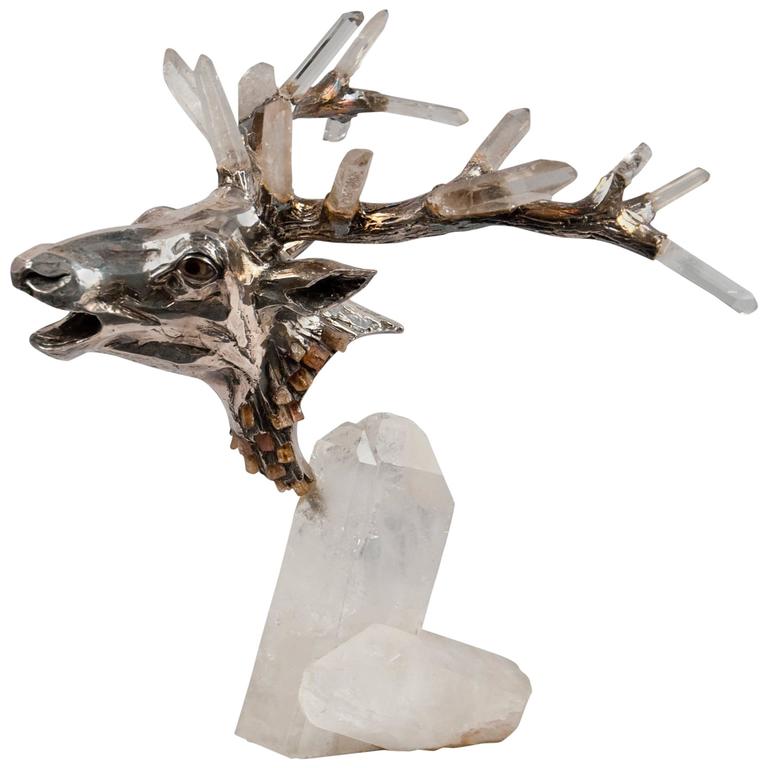 “With its mix of crystal and silver, this sculpture is refined and organic. It would look great on an entry console.” 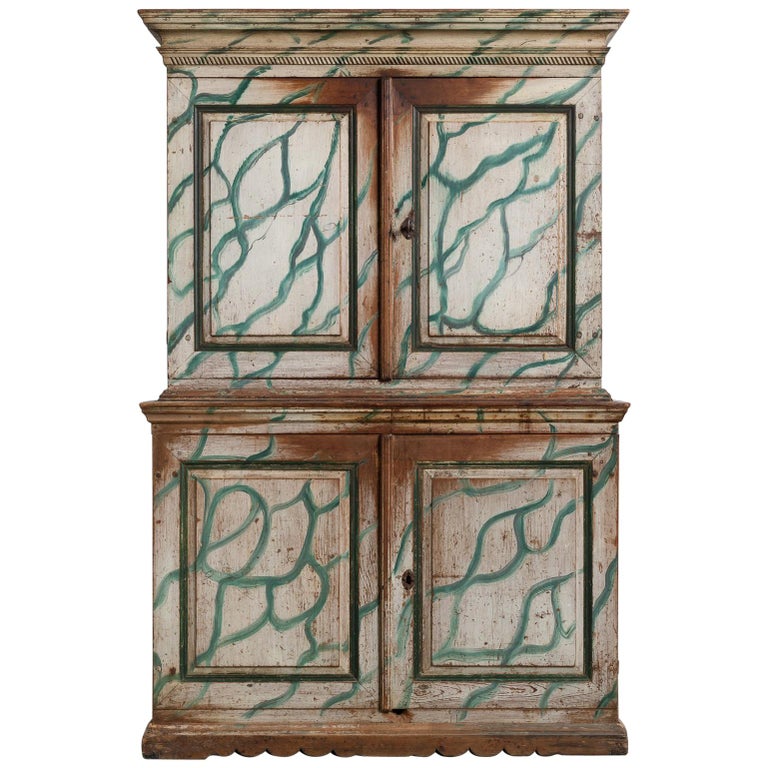 “The hand-painted design on this cabinet and its beautiful color would provide a great contrast in a kitchen pantry.”