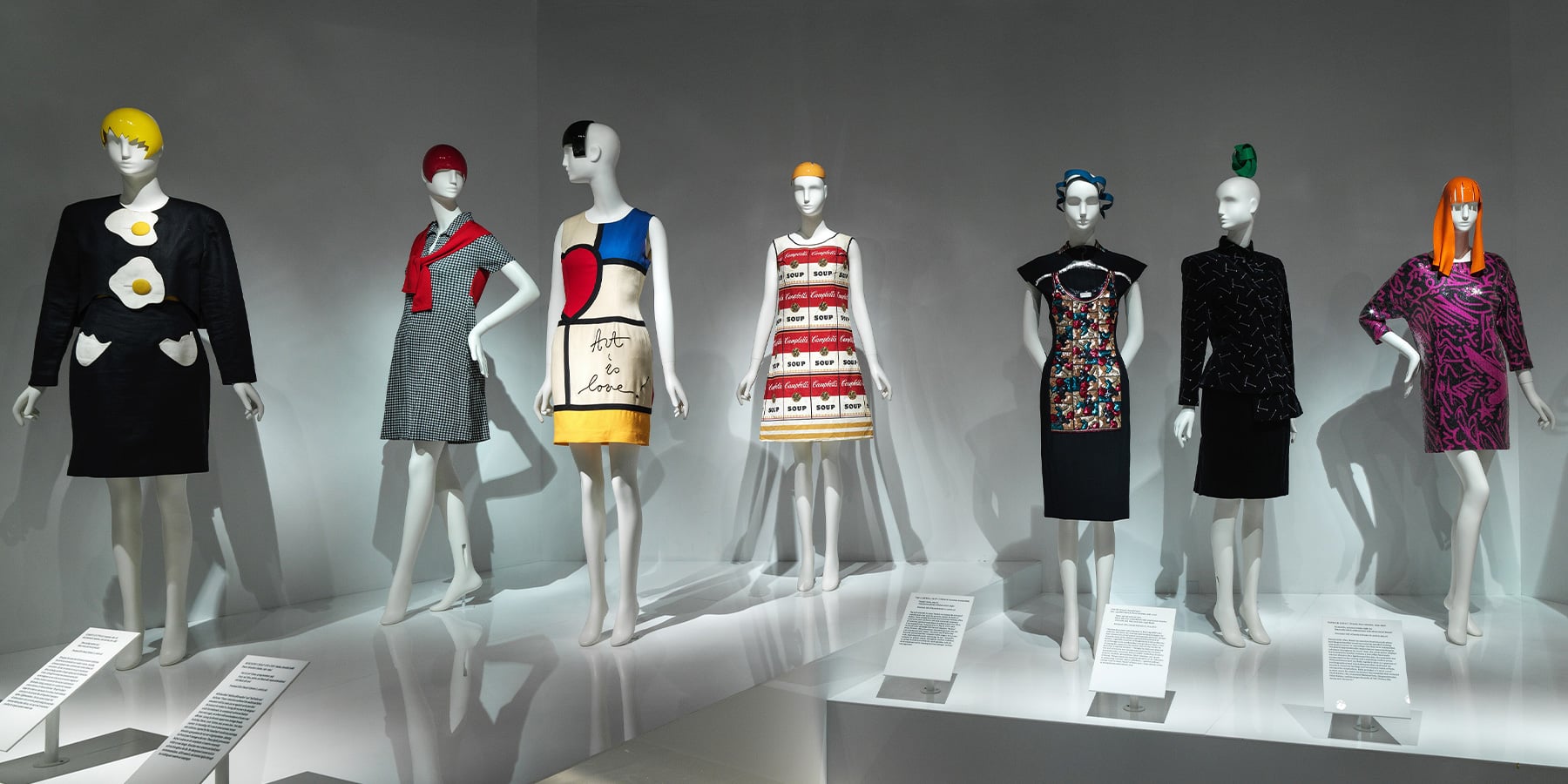 Known since childhood as "the little girl with the old clothes," the Detroit native is finally gaining recognition for her incomparable collection. 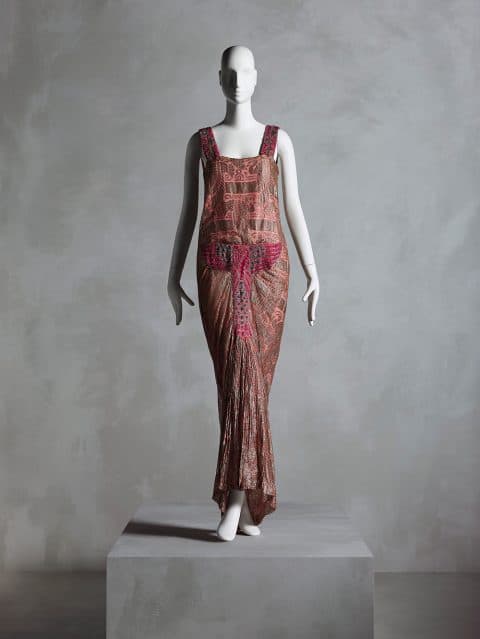 Sandy Schreier has spent her life collecting fashion, and now an array of her incredible pieces is on display in the Metropolitan Museum of Art exhibition “In Pursuit of Fashion: The Sandy Schreier Collection.” Above: Madeleine & Madeleine dress, ca. 1923. Top: These 20th-century designs include a Moschino Mondrian-inspired dress, Souper paper dress, Karl Lagerfeld for Chloe dress and Patrick Kelly nail suit. Photos by Nicholas Alan Cope, courtesy of the Metropolitan Museum of Art, unless otherwise noted

Once upon a time in Detroit, not so very long ago, there was a little girl named Sandy Miller. She spent hours at her father, Edward’s fur salon while her mother was taking care of her new baby sister at home. Sandy nourished her dreams and her eye by reading fashion magazines like Vogue and Harper’s Bazaar, not Mother Goose. The Motor City was booming after World War II, and her father’s wealthy customers included the stylish wives of automobile magnates with last names like Dodge and Chrysler. Taken by Sandy’s Shirley Temple appeal, they gave her their fashionable European castoffs to play dress up with.

But here is the remarkable thing: One wealthy wife’s haute couture rags were this little girl’s riches, because Sandy knew they were special. She never wore them and, despite her mother’s exasperated cries that they were nothing but old clothes, kept them safe in a closet. In the years that followed, Sandy, with midwestern determination, followed her instincts and continued to acquire fashion treasures. “I was busy having four babies, designing, modeling and collecting and kept my collection under wraps, so to speak, as I was laughed at by everyone, called the little girl with the old clothes.” Schreier tells Introspective. 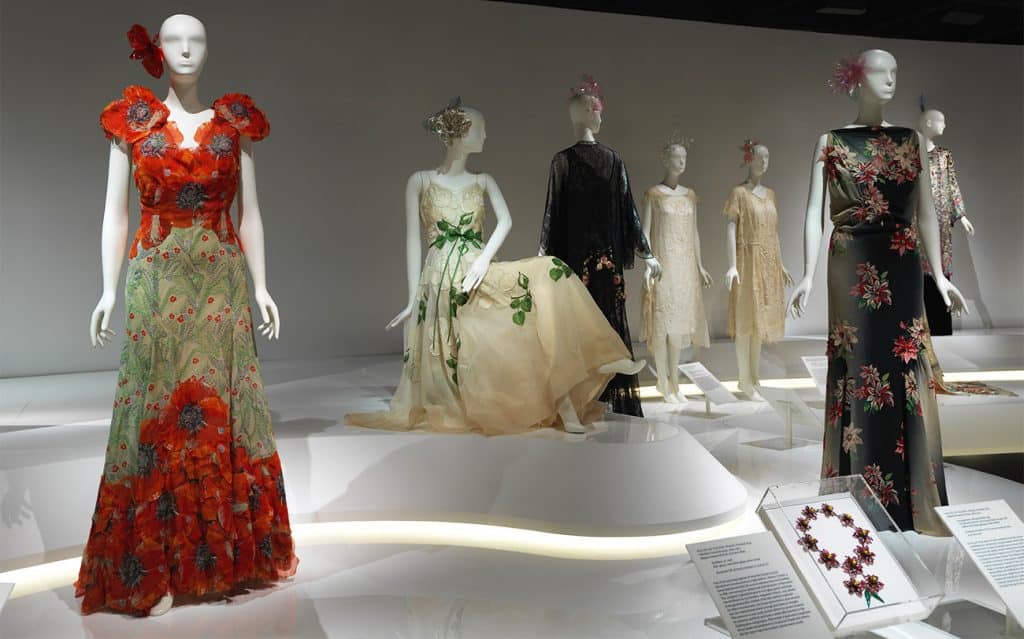 The exhibition section titled L’Esprit Nouveau: The Interwar Era features examples of evening wear from the 1910s, ’20s and ’30s.”Characterized by innovative silhouettes and creative embellishment, these fashions attest to the superb capabilities of the specialist embroiderers, pleaters, feather workers and lace and flower makers operating at their height in advance of World War II,” according to the Met.

Those old clothes soon outgrew their closet, in time becoming a peerless fashion collection acknowledged by fashion experts worldwide and illustrating the evolving role of women in society from the late 1800s to today. 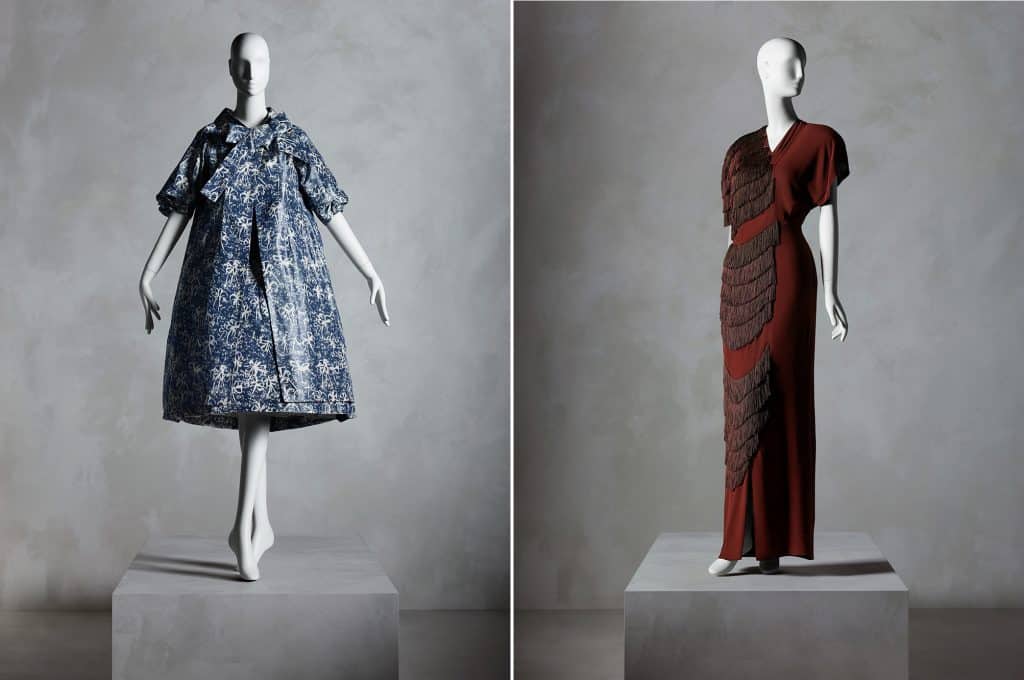 “In Pursuit of Fashion: The Sandy Schreier Collection” is the latest exhibition at the Costume Institute of the Metropolitan Museum of Art in New York, where it runs until May 17, 2020,  and the first to feature pieces amassed by a private individual — a woman, no less. (Two previous exhibits comprised selections from the personal wardrobes of style icon Iris Apfel and socialite clothes horse Nan Kempner, but Schreier’s collecting was driven a scholarly impulse and she never wore her acquisitions.) On view are approximately 80 of the 165 pieces Schreier has generously promised to the Costume Institute, which include rare 20th-century French and American couture and ready-to-wear womenswear, accessories and fashion illustrations and which range in date from the 1908 pochoir (hand-stenciled) album Les Robes de Paul Poiret to a 2003 Philip Treacy hat. As Metropolitan Museum director Max Hollein writes in his foreword to the accompanying catalogue, “The breadth of works is staggering, encompassing designers long recognized for their leading roles in shaping the direction of fashion.” 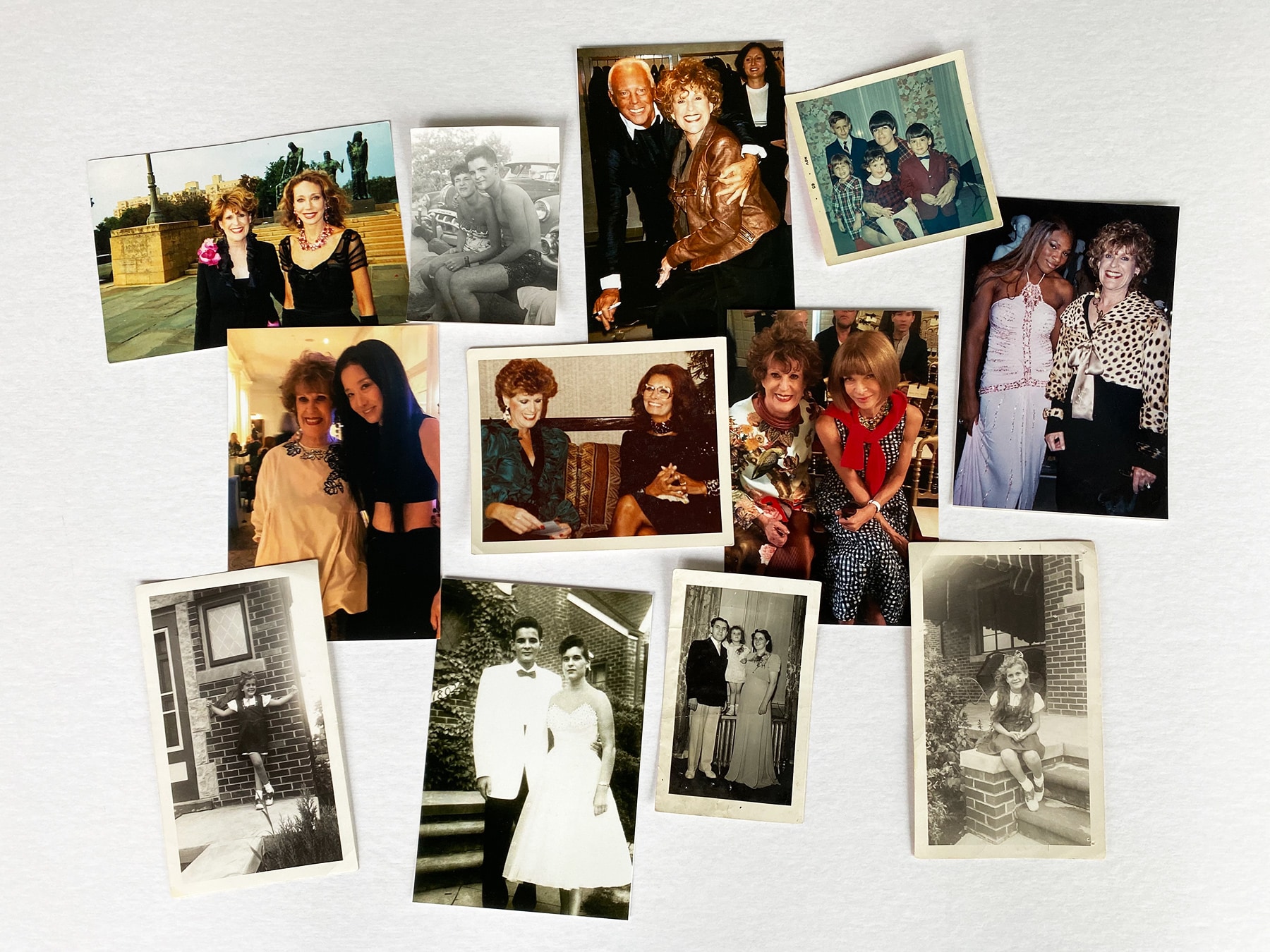 Schreier shared these personal photos with Introspective. In addition to images from her childhood, when she first developed a fascination with fashion, and her high school prom, which she attended with her future husband Sherwin, they include shots of Schreier with some of the fashion world luminaries and celebrities she met thanks to her own fashion expertise and passion for collecting, like Anna Wintour, Giorgio Armani, Vera Wang, Sophia Loren and Serena Williams. Photos courtesy of Sandy Schreier 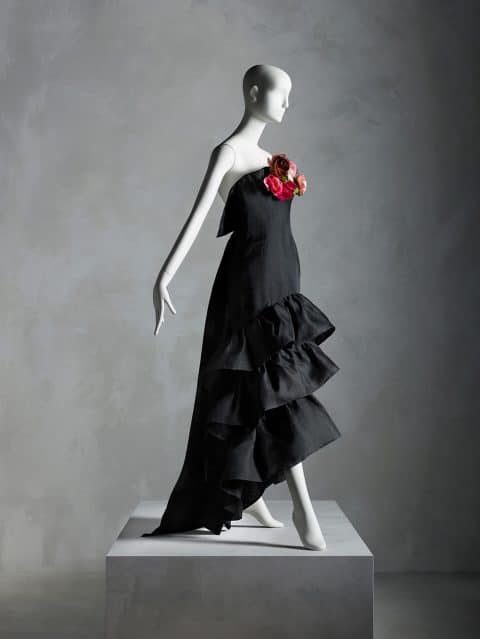 Thus, we see singular examples of the work  of European designers, from early 20th-century Fortuny and rare Gallenga through Madeleine Vionnet, Chanel and Paquin to mid-century Balenciaga and Christian Dior and beyond. “Sandy’s creative aesthetic is glamour,” explains associate curator Jessica Regan. “Glamour, as in rich textiles, surface embroidery, opulence, embellishment, couture, innovative cut and silhouette — as well as celebrity.” Regan and curator-in-chief Andrew Bolton spent more than a few hours over a couple of years at Shreier’s storage facility outside Detroit, delving into a treasure trove assembled over 50 years to select designs that would augment the Costume Institute holdings.

“Sandy has an incredible eye,” Regan says. “She was drawn to pieces by overlooked or unknown designers that wouldn’t necessarily have been preserved.” That Schreier recognizes craftsmanship when she sees it is evidenced by a delectable unlabeled 1957 warp-printed silk taffeta strapless confection. From Elizabeth Parke Firestone’s wardrobe, it is catalogued as “probably French.” 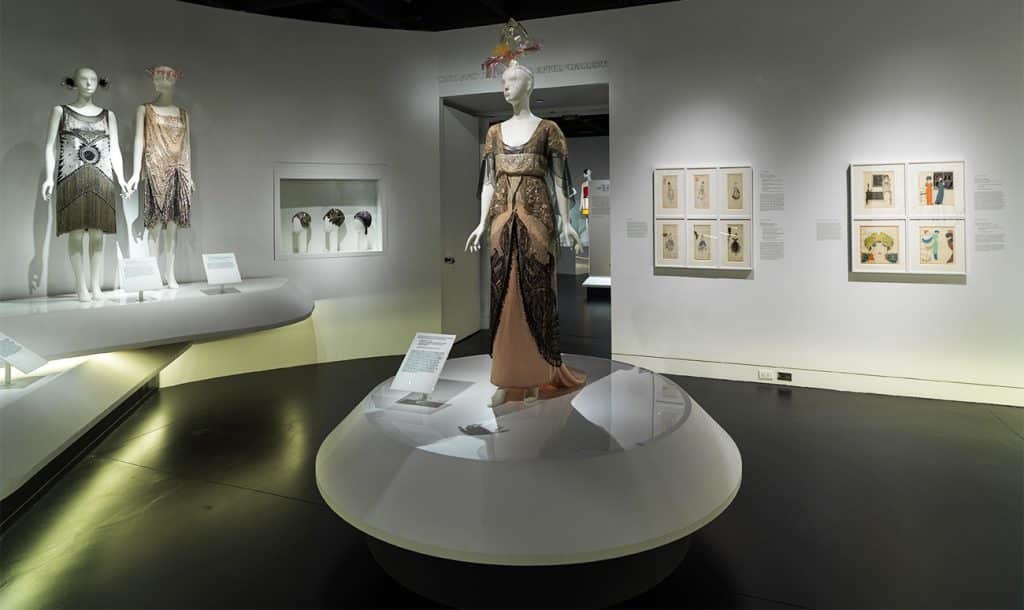 A sublime circa 1923 evening dress by French firm Madeline & Madeleine, the first example of the firm’s work at the Met, reflects the era’s passion for all things Egyptian after the discovery of Tutankhamun’s tomb. Schreier acquired it from the estate of Matilda Dodge Wilson in 1960. At the time, fashion was being rocked by the British invasion —  the “Youthquake,” as then–Vogue editor in chief Diana Vreeland dubbed it — and photos accompanying the piece reveal that Schreier was, as she still is, very much on trend, wearing graphic Mary Quant minis and sporting Vidal Sassoon’s iconic five-point bob haircut. Her connoisseurship is also revealed in the witty examples of American pop culture on display, like Stephen Sprouse’s sequin graffiti dress, a Rudi Gernreich trompe l’oeil dress, a Patrick Kelly nail suit, a Souper paper dress and a little backless chain-mail number by Roberto Rojas that was worn by Twiggy. It is fascinating how many of the clothes seem contemporary irrespective of the year of creation, proving that glamour doesn’t go out of fashion. 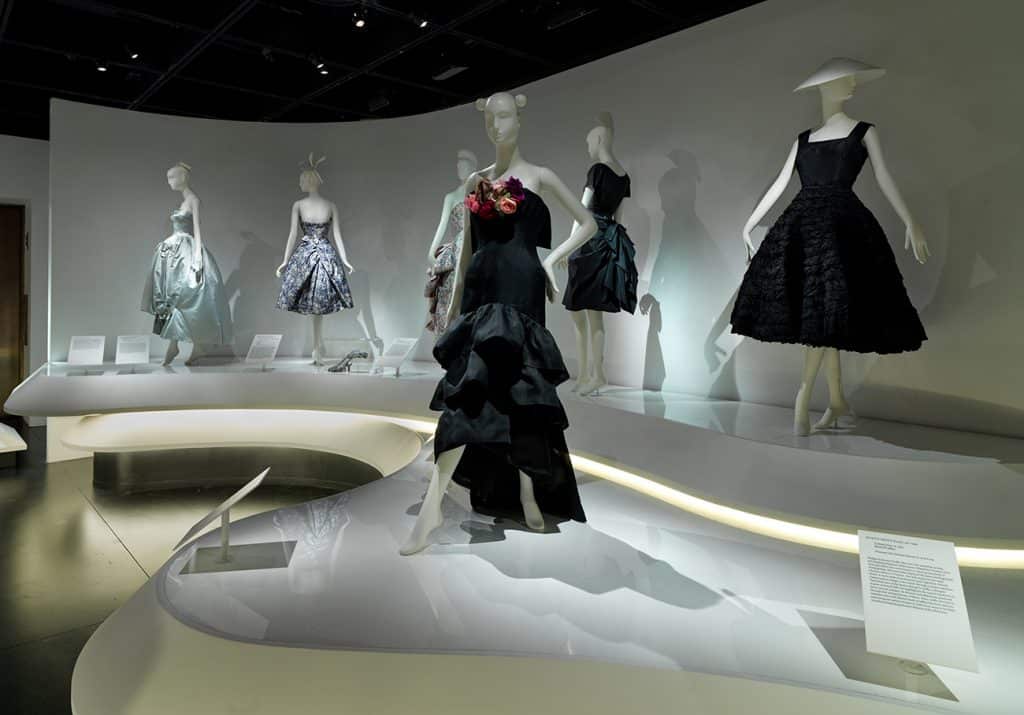 The section In Pursuit of Beauty: Origins of a Collection relates to Schreier’s first exposure to the world of fashion, through the castoffs she received from wealthy customers of her father at the Detroit specialty store Russeks.

An unabashed movie devotee, Schreier went to a high school prom with her childhood sweetheart and future husband, Sherwin, in a copy of the off-white strapless chiffon dress Elizabeth Taylor wore in A Place in the Sun. “I love film costumes, but I collect fashion,” Schreier asserts, noting that the two are “as different as apples and giraffes, according to my friend the great costume designer Edith Head.” (It was Head, coincidentally, who designed Taylor’s dress in the movie.) Schreier hoots with laughter. “I always say I buy pieces that somehow ‘sing and dance’ for me.” The collection, in a way, is her screenplay, and the designs are her stars. Or, as Bolton quotes her in his masterly catalogue preface, “I am the collection.” 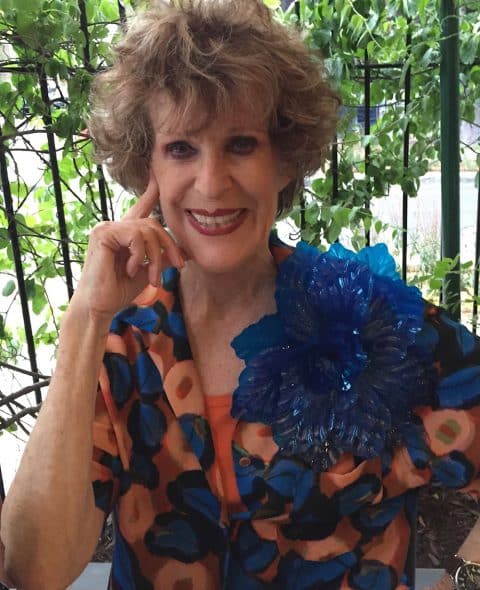 “I always say I buy pieces that somehow ‘sing and dance’ for me,” Schreier states. Portrait courtesy of Sandy Schreier

Schreier still lives in a suburb of Detroit in the same home she shared with her husband for 46 years, until his death in 2014. Sherwin was her rock throughout her lifelong pursuit of fashion, each piece a witness to their history together.

“Just a few weeks ago,” Schreier wrote to Introspective in an email, “a photographer from Aftenposten in Norway was taking my photo at the Detroit Institute of Arts, and a woman walked up to me and said, ‘Aren’t you the little girl with the old clothes?’ LOVE THAT! I’m a senior citizen who is still referred to in my hometown as ‘the little girl with the old clothes.’ “ 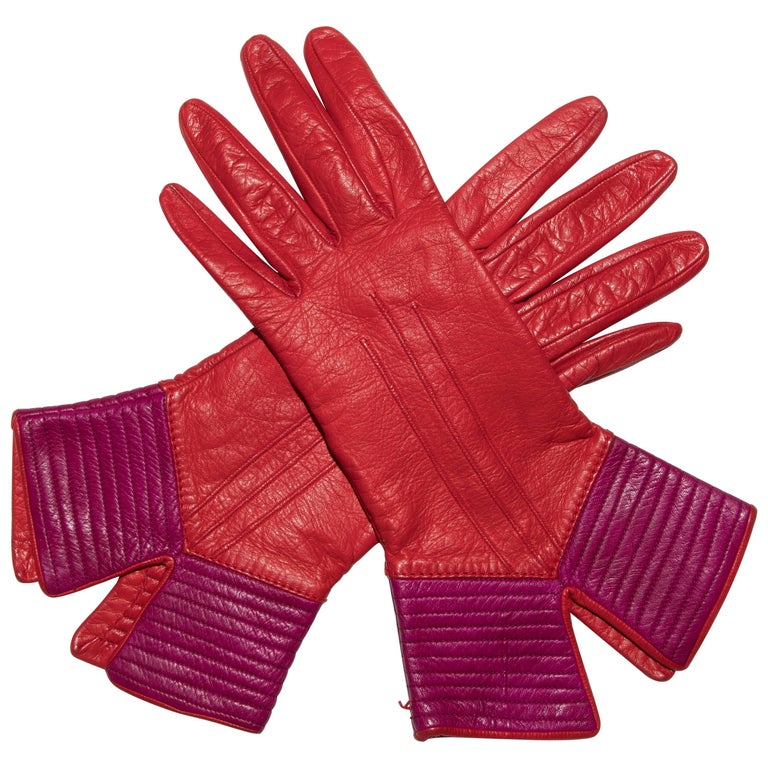 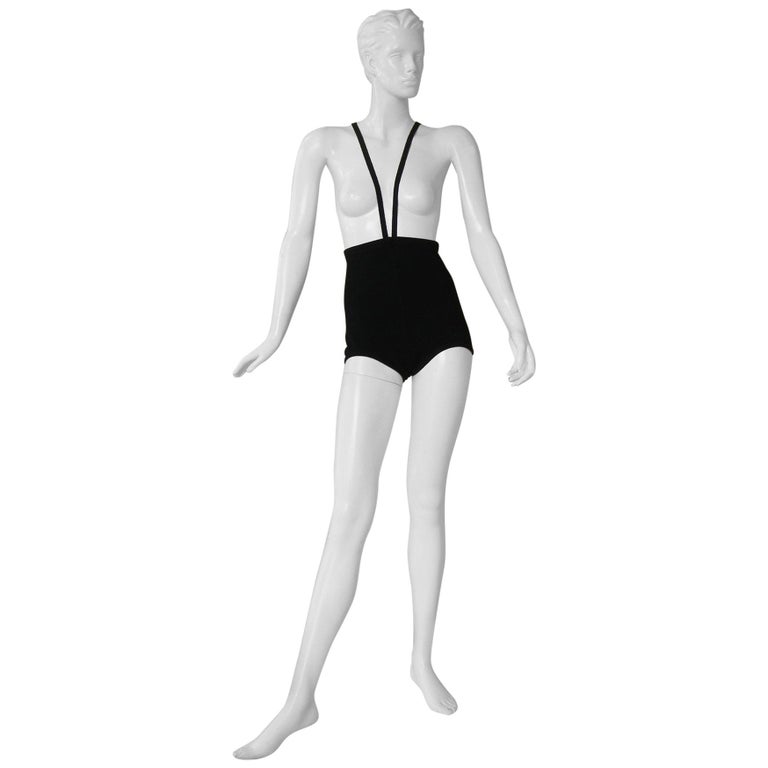 “Complete liberation for women! Making the cover of LIFE magazine, although only two hundred were sold by Bloomingdale’s and no more by any other store” 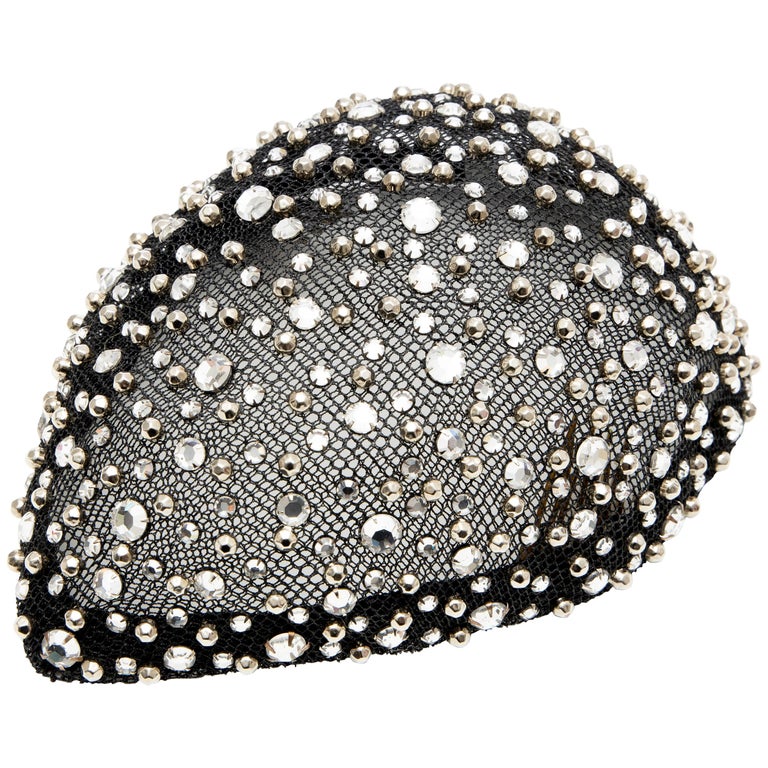 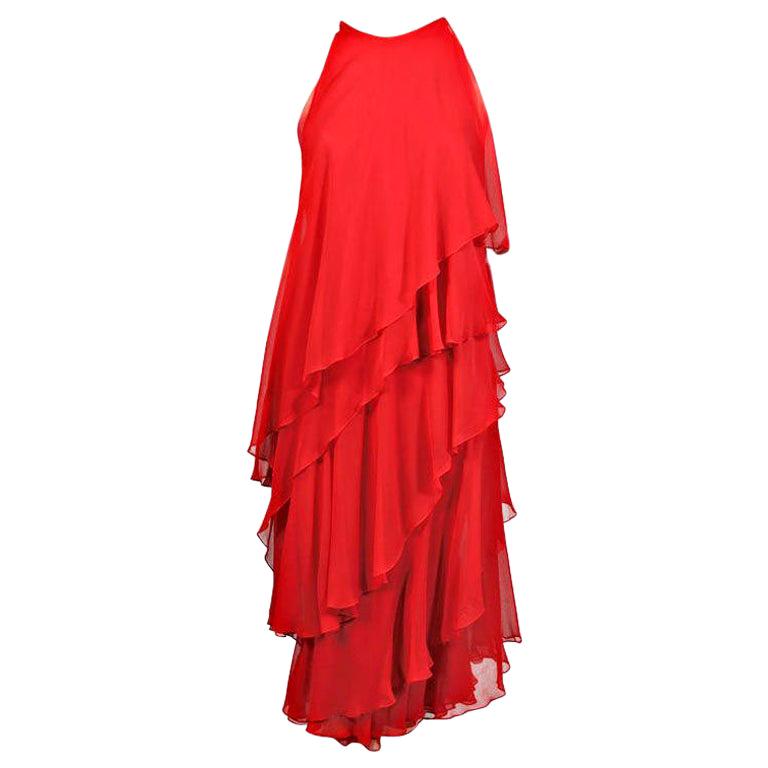 “Red was Halston’s favorite color. He sat next to me at Andy Warhol’s funeral wearing a bright white suit and a bright red scarf.”

“Celebrating both Coco and Karl — charming and maybe even a Christmas tree ornament OR replacing the star atop any tree, because it is the ‘star’ “ 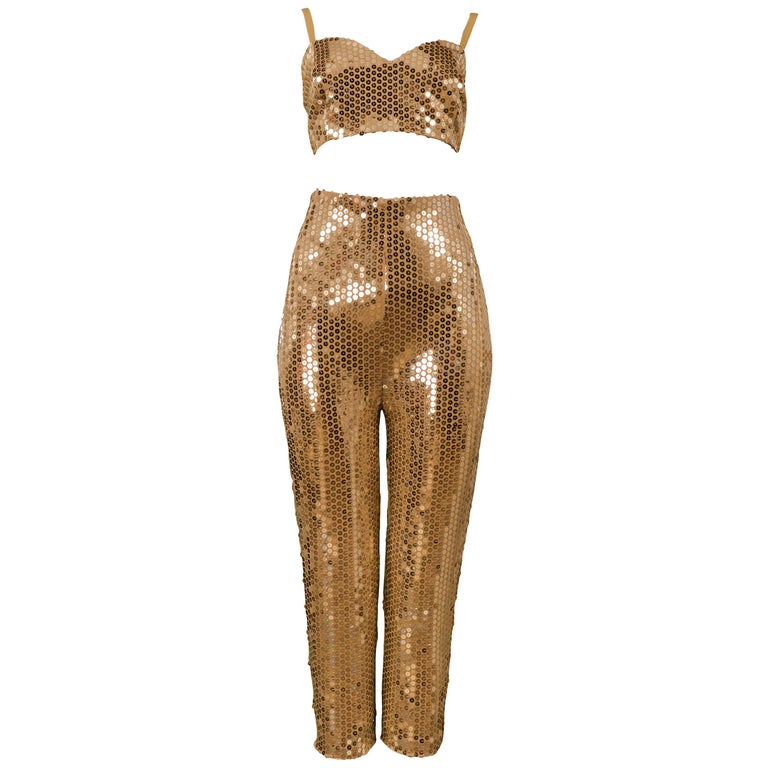 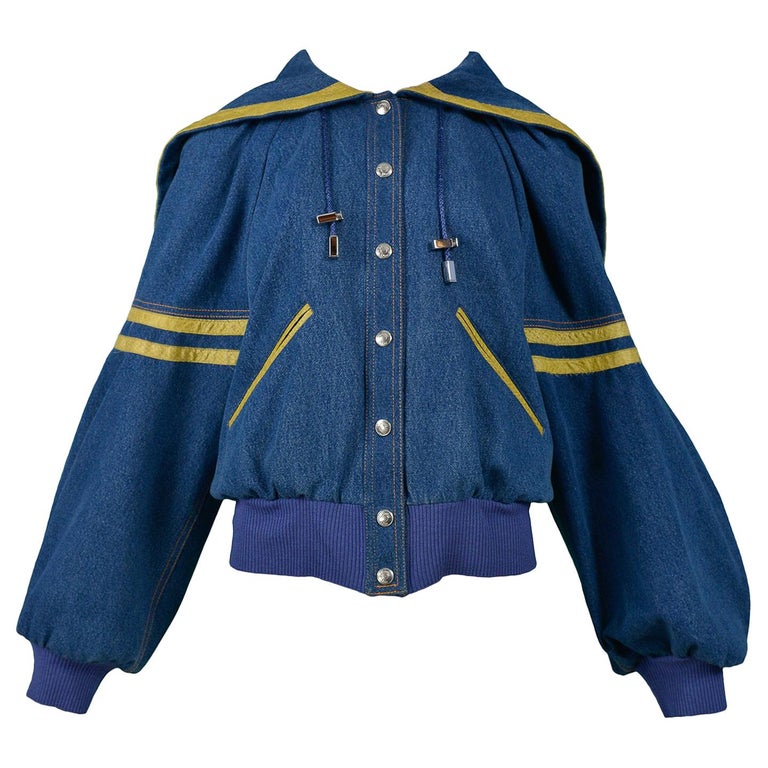 “ . . . and a varsity jacket by the brilliant John Galliano for Dior as the coverup?” 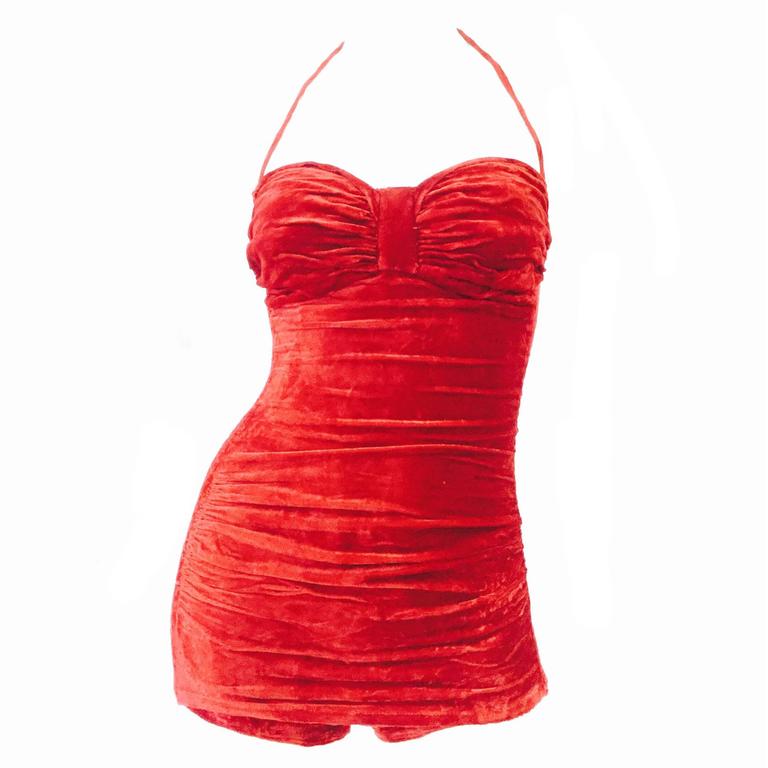 “It’s from the fifties, à la Esther Williams rising from the pool, always wearing this design.” 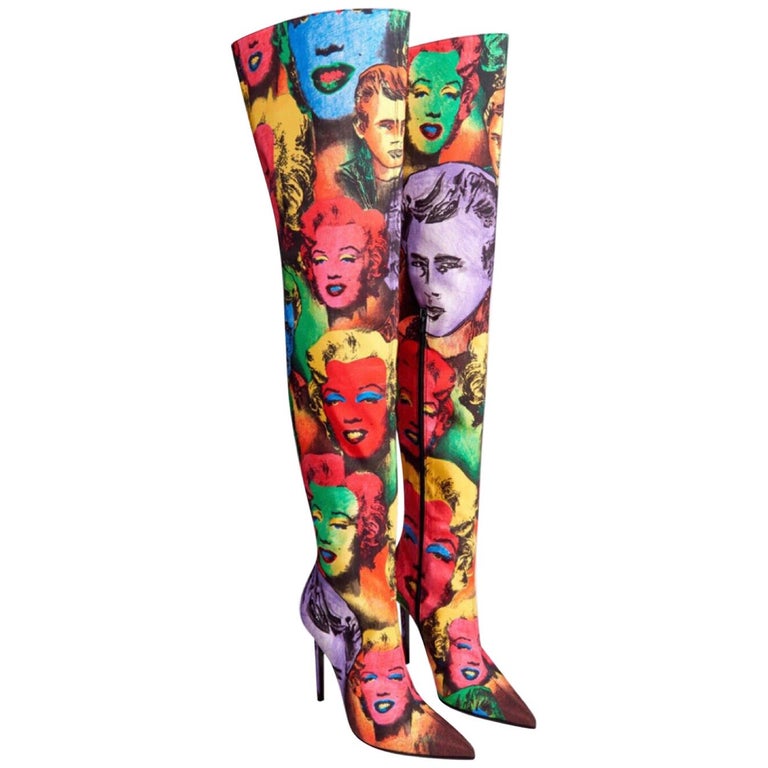 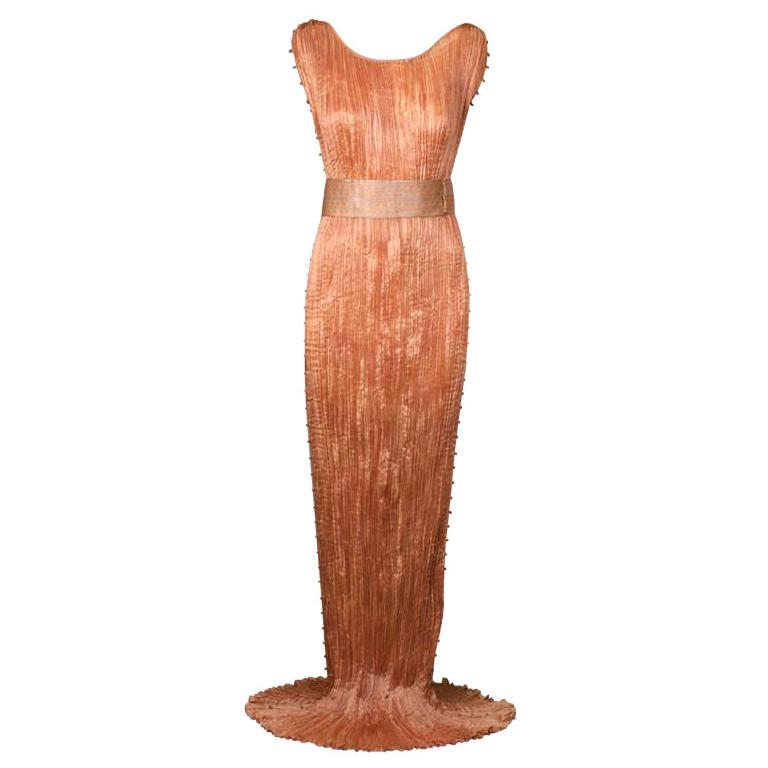 “Anything by Fortuny or Fortuny protégé Babani! Gimme gimme gimme.”