Marilyn Lewis Made ‘That Girl’ Costumes and ‘It’ Girl ’70s Style 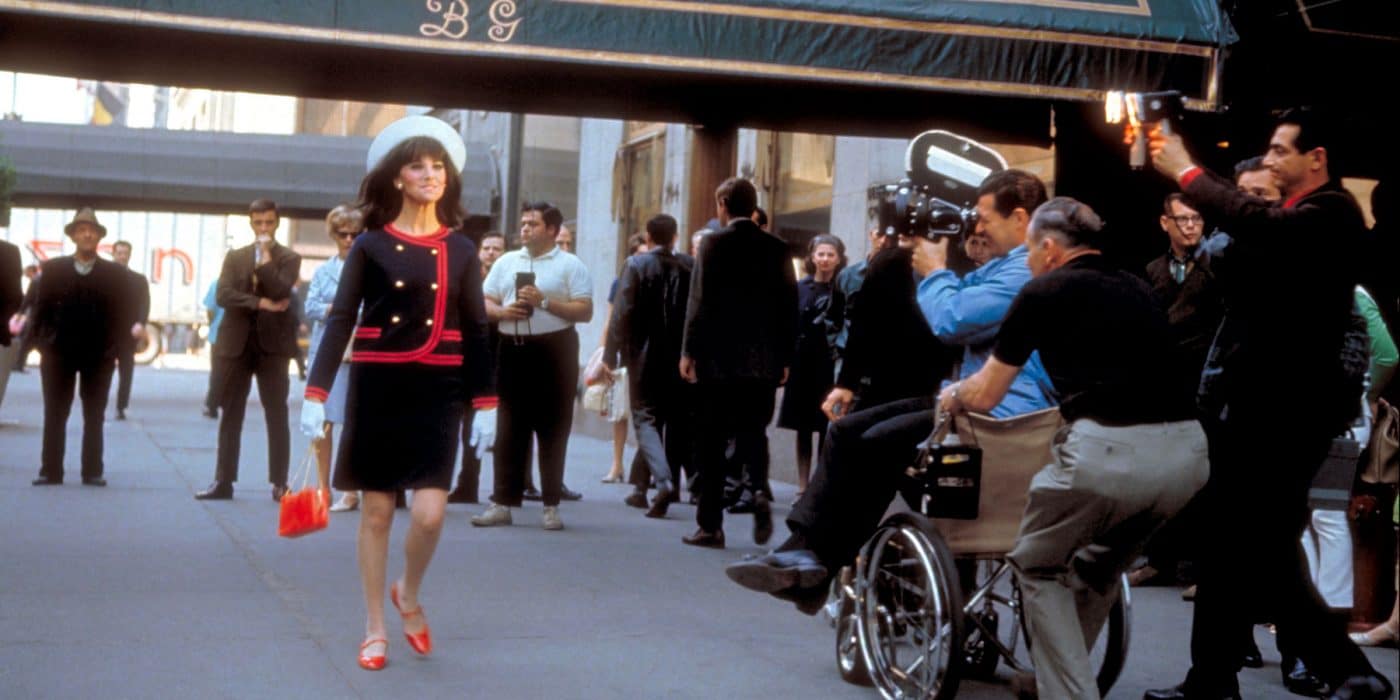 The late designer behind Cardinali and the classic Marlo Thomas sitcom continues to influence fashion today.

August 5, 2018Although Gucci creative director Alessandro Michele didn’t delve as heavily into the Swinging Seventies for his Fall 2018 collection as he had in seasons past (think: the wild, Elton John–esque looks of Spring 2018 and the nightclub vibe and glitter-framed sunglasses of Spring 2017), he did sprinkle in a few of its hallmarks: bold, saturated colors and plunging V-necks, for example. The imaginative looks of this carefree decade have been a consistent inspiration for Michele and for other fashion creatives as varied as Marc Jacobs, Valentino’s Pierpaolo Piccioli and Dolce & Gabbana’s Stefano Gabbana and Domenico Dolce.

“There really are so many ways to say seventies,” declares Harold Koda, fashion scholar and former curator in charge at the Costume Institute of the Metropolitan Museum of Art. One that seems to resonate especially loudly right now is to conjure a sense of ease. “The seventies relied on interesting textiles, good finishing details, but in terms of actual pattern making, it wasn’t so challenging,” Koda notes, adding that this had some distinct benefits: “It was very accommodating to women.” 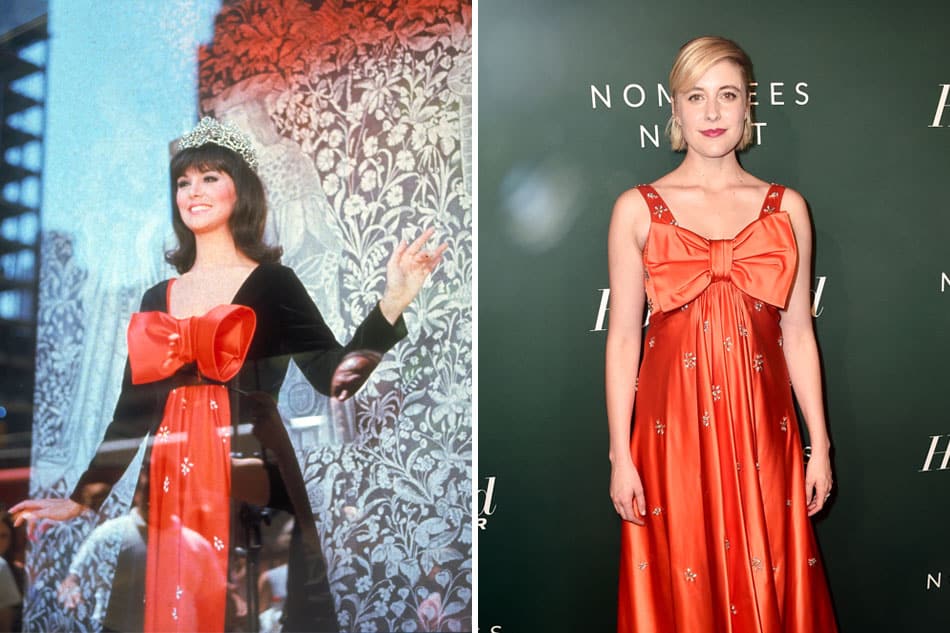 Left: In the iconic opening credits of That Girl, which premiered in 1966, Marlo Thomas masquerades as a mannequin in the window of Bergdorf Goodman wearing a gown by Cardinali, a fashion label started by Marilyn Lewis (photo by ABC Photo Archives/ABC via Getty Images). Right: Academy Award–nominee Greta Gerwig wears the same Cardinali gown on the red carpet in February (photo by Emma McIntyre/Getty Images for THR). Top: Thomas is filmed walking by Bergdorf’s in That Girl (photo by ABC Photo Archives/ABC via Getty Images).

Fashion’s current nostalgia for the ’70s is partly what turned San Francisco vintage-clothing dealer Ricky Serbin on to Marilyn Lewis, a self-taught creative who designed under the name Cardinali. Serbin wasn’t well acquainted with Lewis — one of a handful of so-called California couturiers based in Los Angeles at the time — but he recognized the “now-ness” of her designs.

“So many of these styles could be from today, especially the flou or soft pieces,” Serbin says, referring to the 50 Cardinali garments he’s currently offering on 1stdibs. “The way she used silk chiffon with capes, her flowing sleeves and ruffles, the idea of a jumpsuit cape — they are all so timeless. There is one kimono-sleeve gown we have our hands on that shows a midriff, that is so Cher. I could see Donatella Versace or Marc Jacobs really loving these looks.” 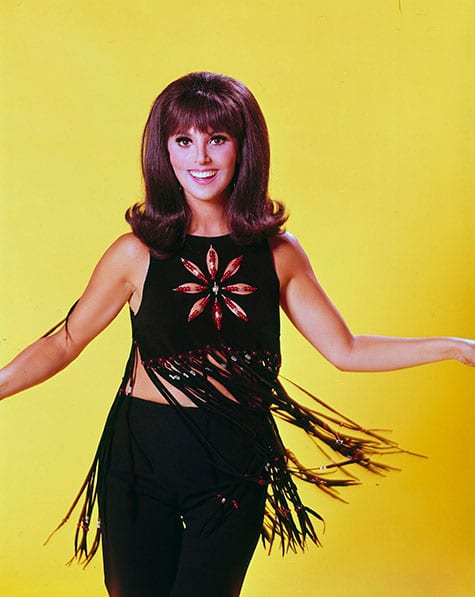 Thomas in a 1970 promotional image for That Girl. Photo by ABC Photo Archives/ABC via Getty Images

This collection of Cardinali originals came into Serbin’s hands after Lewis’s death, at age 87, in May 2017. Despite Lewis’s relatively short career, lasting just nine years — she gave up fashion in 1977 to focus on her marriage to actor Harry L. Lewis — she made quite an impact on a certain coterie of L.A. insiders. Improbably, she met many of them through the legendary Sunset Boulevard restaurant Hamburger Hamlet, which she cofounded with her husband in 1950.

“Betsy Bloomingdale and Dyan Cannon knew Marilyn because she owned the hot Hamburger Hamlet,” Serbin says. Her patrons “were attracted to Cardinali because they knew style and quality,” he adds, pointing out that many of them also bought couture. More customers followed, including First Lady Nancy Reagan and singers Eydie Gormé and Dionne Warwick. Actress Marlo Thomas personally signed up Lewis to design the costumes for her hit television sitcom, That Girl, which ran from 1966 to ’71.

Although Cardinali was an American fashion house, Lewis had a European flair that her customers gravitated toward, and many of her fabrics were imported from the region. According to Koda, the name Cardinali — Lewis’s homage to her Italian grandmother — suggests an “affinity for Italian designers. The French knew how to do sexy, but the Italians knew how to do sensual.”

Lewis understood, as did her fellow designer Yves Saint Laurent, that women of the time wanted to feel sexy without looking gauche. “Good designers of that era caught on to providing comfort at the same time as showing curves and skin,” says Marci Rosenberg Samuels, a Houston-based collector who deals under the name MRS. Couture and wears both Cardinali and YSL. 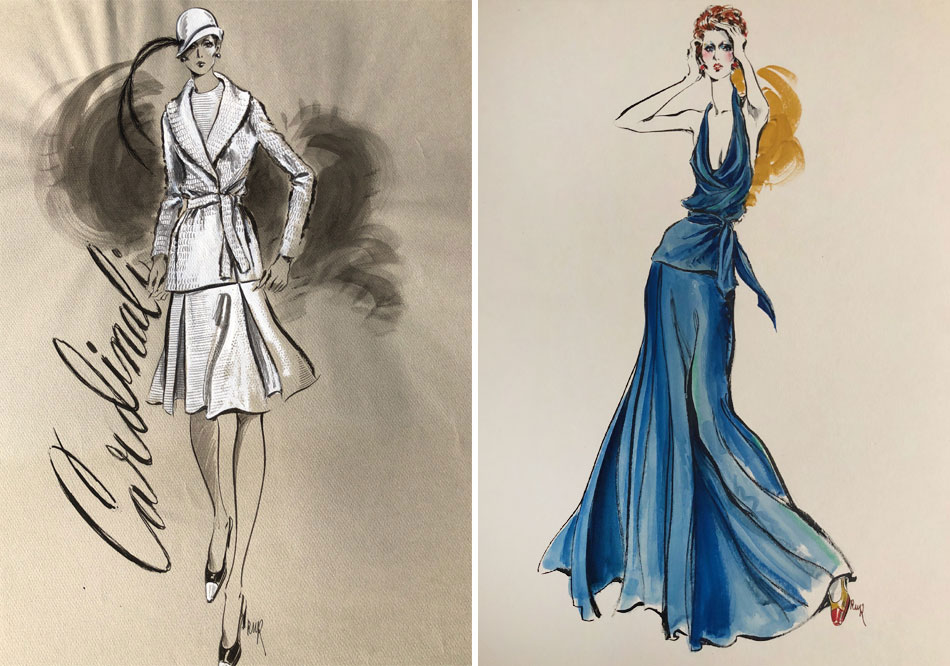 These fashion illustrations by Robert W. Richards depict Cardinali getups from the 1970s.

“It’s just what the female psyche wanted and needed,” Rosenberg Samuels continues. “Cardinali did that, Saint Laurent did that, and so did Stephen Burrows and Giorgio di Sant’Angelo in their own ways.” Adds Sielian Lie, of the Beverly Hills consignment shop Sielian’s Vintage Apparel: “The most interesting point about the seventies is that those designers created a very sexy look without exposing any skin! It was a mark of distinction to attract so much attention in a simple and elegant manner.” Lie is offering several pieces matching this description on 1stdibs, including a swingy Galanos floral dress with matching vest that evokes the period in terms of print, style and ease.

Color was one of the decade’s aesthetic signatures, states Chicago-based dealer Brent Amerman, who has noticed an uptick in the number of clients asking for vivid ’70s styles from both vintage and present-day designers. “I had a woman from Beaumont, Texas, ask for something from Halston and scoop it right up,” he says. “Women weren’t afraid of color then — every color was used, the brighter the better. Pieces came in bright solids and novelty prints. There were no limits.” Amerman’s current collection on 1stdibs includes an electric-pink Geoffrey Beene hooded caftan and a batik-print Oscar de la Renta jumpsuit with attached skirt. 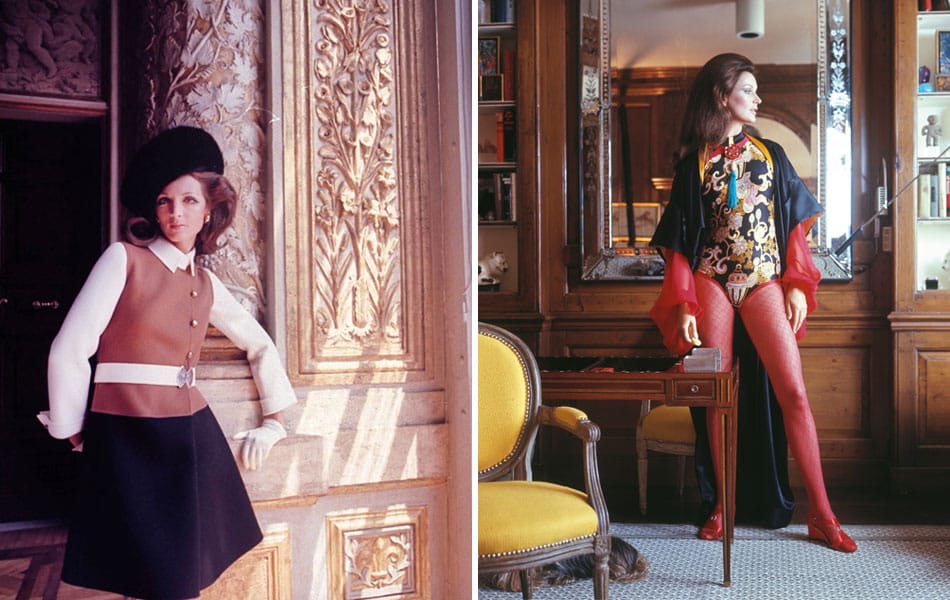 Left: A model stands in Rome’s Palazzo Doria, wearing a coatdress and fur hat, both by Mila Schon, in a 1968 Vogue image (photo by Henry Clarke/Condé Nast via Getty Images). Right: In this 1971 photo from Vogue, model and socialite Betsy Pickering Theodoracopulos is pictured in her New York apartment wearing a Giorgio di Sant’Angelo brocaded leotard (photo by Bert Stern/Condé Nast via Getty Images).

And the easy ’70s sensibility that Lewis and so many others championed? It is alive and well, as evidenced by the runway creations of designers Michele and Piccioli and the number of celebrities lining up to wear them, from musicians Florence Welch and Rihanna to actress Tilda Swinton.

“Great beauty is timeless,” says Lie. “It’s always fresh and endures the passage of time. The fashion of the seventies will always have a place in a well-dressed woman’s closet.” Rosenberg Samuels takes that idea one step further. Given the ongoing debate about women’s equality, she says, “the need for comfortable and carefree work and evening wear exists more today than ever before. More women are working full-time, and work environments are less formal. Style through ease couldn’t be more important.”

Some might say that thought is as emblematic of the ’70s as the clothes themselves. As Serbin puts it, “What’s old is truly new again.”

That Girl–Era Fashion on 1stdibs 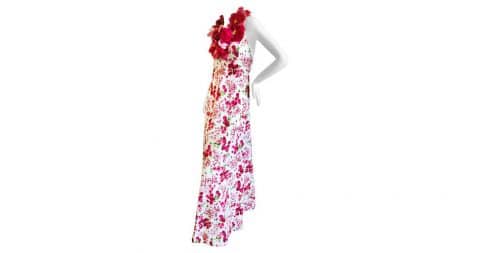 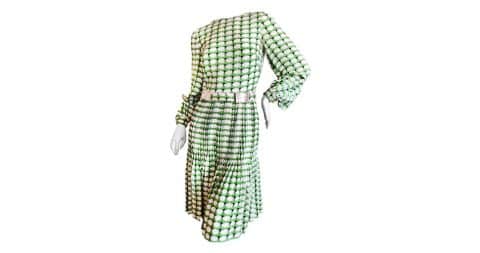 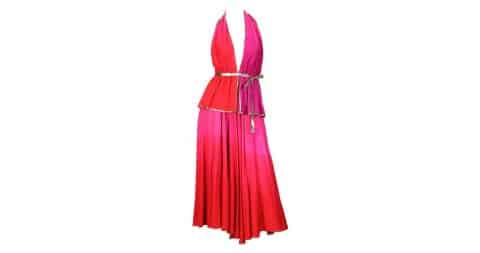 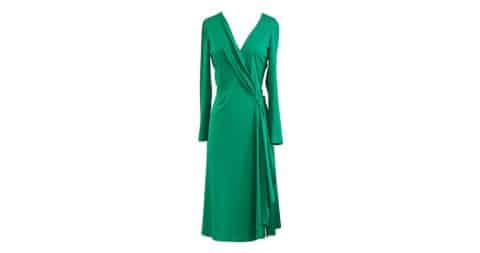 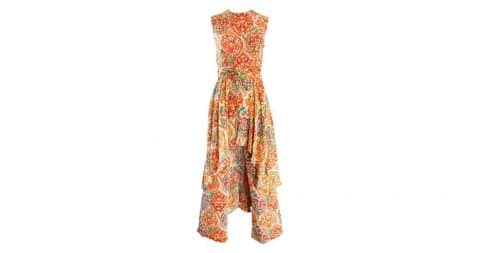 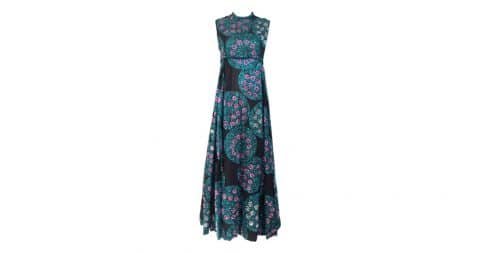 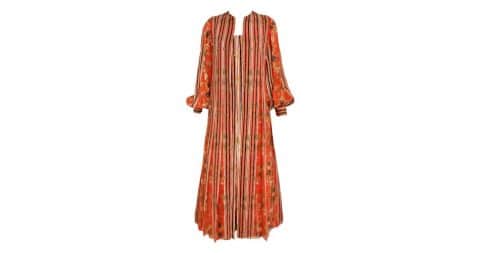 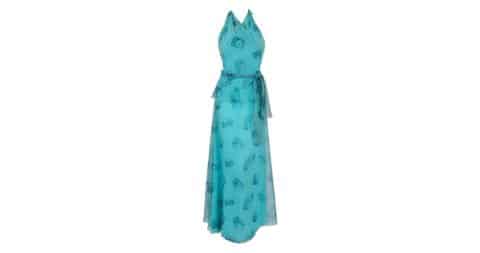 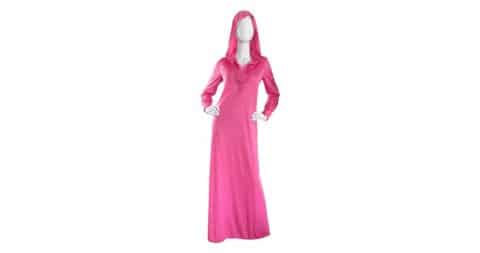