The Archers Weave Incongruity throughout Their California-Cool Spaces 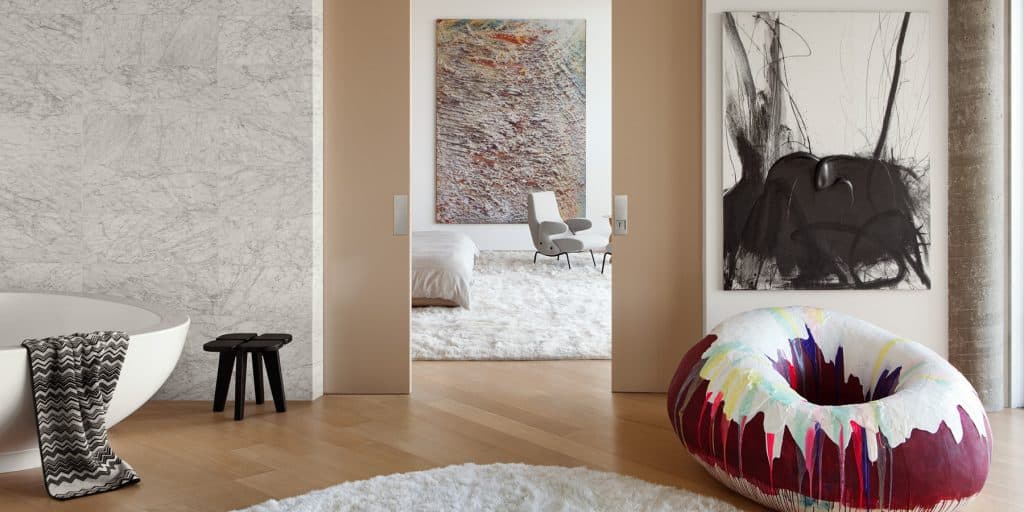 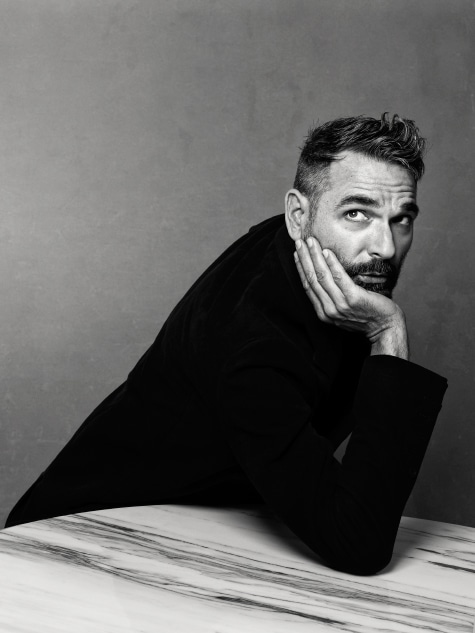 April 28, 2019Los Angeles–based interior design firm The Archers, cofounded by creative director Richard Petit, takes on projects that range from a new-build Manhattan apartment to a French château (portrait by Alex-Polillo). Top: In the master suite of a house in the Hollywood Hills, Takesada Matsutani’s  The Push, 1990, hangs behind Nathalie Djurberg’s Red Donut with White and Pink Glaze, 2013. The Lisa Johansson-Pape wood stool in black-satin lacquer was purchased from The Window on 1stdibs (photo courtesy of Richard Petit).

The answer may be that Petit, the Martin Margiela–clad creative director of the Los Angeles firm The Archers, enjoys going out on limbs. “Every project is a laboratory of sorts,” says the designer, whose patrons tend to be adventurous artistic types, like a singer with whom he collaborated closely on the renovation of her house in the Hollywood Hills. “We don’t have any hands-off clients,” he adds, both gratefully and ruefully. “That’s why our work never looks the same.” Then, too, Petit (pronounced pet-it) and his business partner, Stephen Hunt, give the other designers at their Downtown L.A. firm nearly free rein. When they founded The Archers, in 2002, they chose to give it a generic name (borrowed from a British film-production company that Petit idolizes) to attract employees who might prefer not to spend their whole careers at, say, Petit & Hunt Inc. “I wanted something young people could step into and not step out of,” Petit says. Some of those employees are architects. Although his focus is on the decorative arts, about which his knowledge is encyclopedic, Petit says he likes the “precision, focus and accountability” that architects bring to a project. 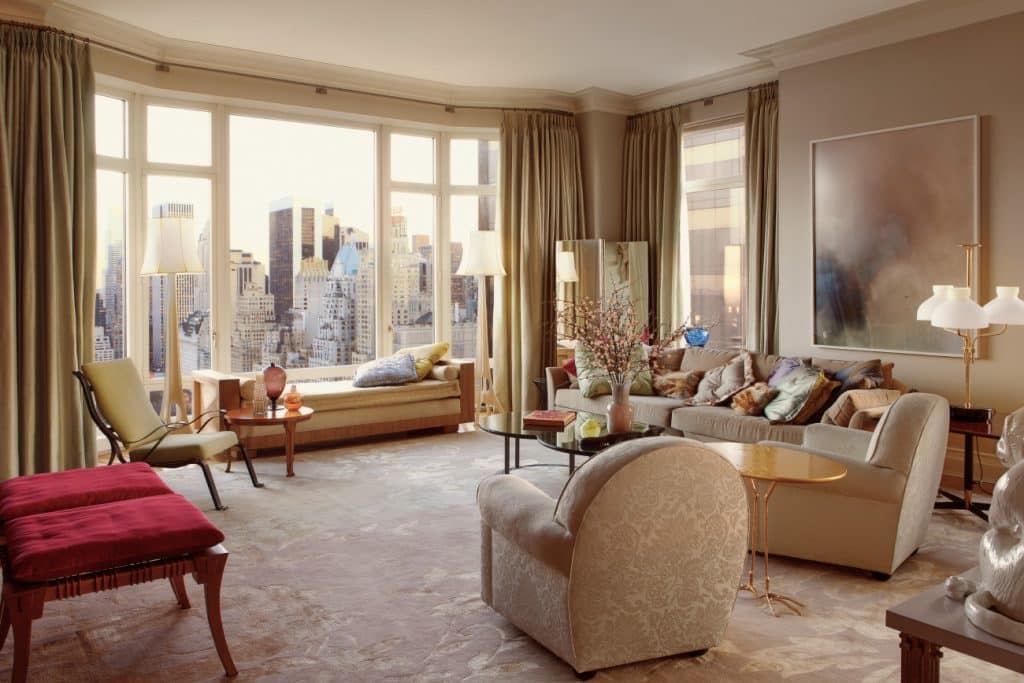 The living room of a Manhattan apartment high above Central Park features a pair of T.H. Robsjohn-Gibbings Klismos ottomans, a Luigi Caccia Dominioni Battibius lounge chair and Vittorio Vallebrega club chairs. The space also includes a Gemini coffee table by The Archers and a table lamp by Ignazio Gardella for Azucena. Photo courtesy of Richard Petit 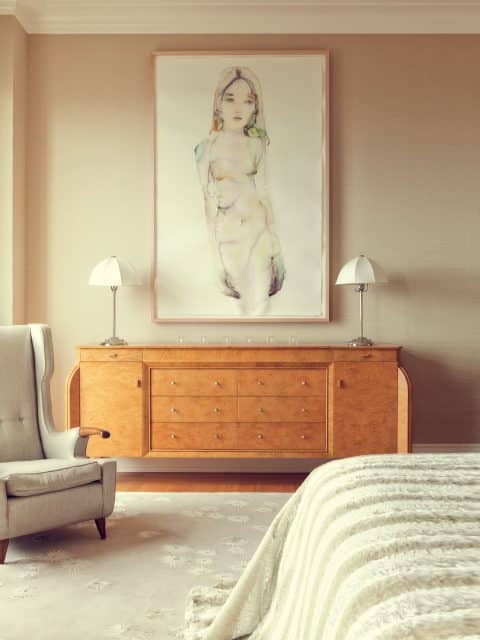 The walls of the Manhattan master bedroom are covered in paper-backed silk denim by Jack Lenor Larsen. A painting by Kim McCarty hangs over a custom olive-wood dresser by The Archers topped by Josef Hoffmann for Woka table lamps. The lounge chair is by Pier Luigi Colli. Photo courtesy of Richard Petit

Among the firm’s most recent achievements is an installation at the 1stdibs Gallery in Chelsea. Titled “The Line of Beauty,” it comprises four centuries of busts on a row of pedestals. “They’re connected by their incongruity,” says Petit.

Incongruity is an ingredient of many projects by the Archers. For a young woman who purchased a sky-high apartment in a prestigious (but brand-new) Manhattan building, Petit says, “we wanted to conjure and contemporize the spirit of Lee Radziwill in the nineteen sixties, when her circle included Rudolf Nureyev, Renzo Mongiardino and Truman Capote.” So, for the living room, he chose pieces by Paolo Buffa, Guglielmo Ulrich, Giovanni Garibaldi, Giò Ponti, Luigi Caccia Dominioni and Pier Luigi Colli — about any one of whom the designer can speak with astonishing erudition. To these, Petit added what he calls “oddments befitting a doyenne,” including a flock of antique porcelain Chinese parrots, a gilded biomorphic mirror by Tony Duquette, a pair of 17th-century gilded putti and, on the ceiling, a pearlized Hermès crocodile hide. For the client’s bedroom, he looked at Pierre Chareau furniture, but, he says, “the few extant examples were under-scaled and dark.” So, as he often does, he paid homage to the designer, designing a suite inspired by Chareau of olive wood with nickel and horn details. 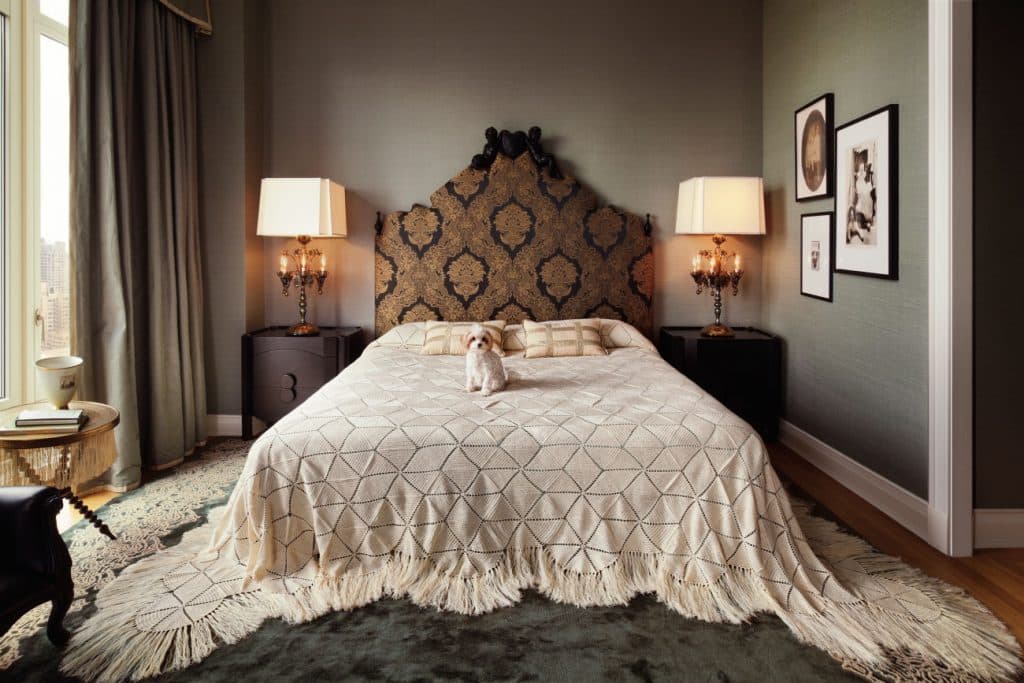 In a guest room of the Manhattan apartment, the custom headboard is crowned with 18th-century carved figures, and the crocheted linen bedspread was designed by The Archers. The firm also designed the Gemini bedside tables, which hold vintage Venini table lamps sourced from 1stdibs. Photo courtesy of Richard Petit

In California, The Archers were asked to renovate a French château (“It’s a really good one,” Petit observes, despite being more than 5,000 miles from France). There, his muse was Henri Samuel, who was known half a century ago for “placing hyper-contemporary work” into traditional Paris apartments. Petit plans to furnish the home with a coffee table made of polished burlwood but shaped like a plastic-injection-molded piece from the 1960s, a powder room resembling an Op art painting and a rug with a palette derived from Balthus. (A complete checklist would read like an encyclopedia of 20th-century art and design.)

Another Los Angeles client hired The Archers to turn a vast and predictable developer-built house into a party palace. “We’re going for some Black Mirror moments,” says Petit, referring to the dystopian British TV series. The house was full of clichés — “When it comes to clichés, we try to avoid them, or else we exploit them,” Pettit observes. 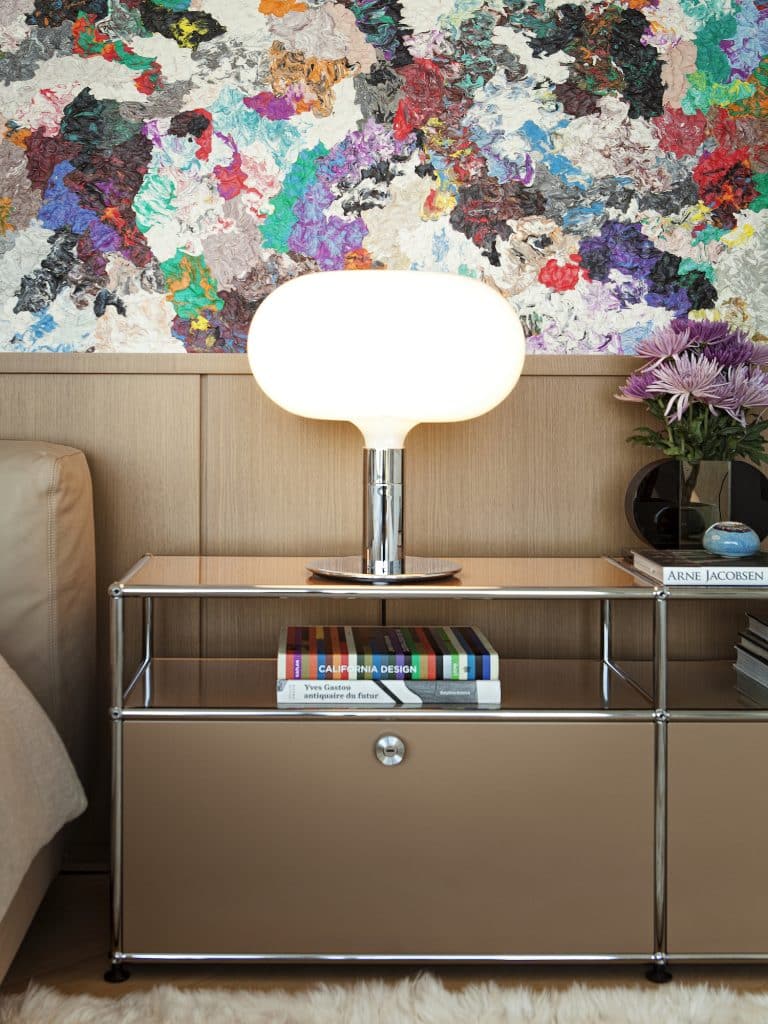 A pale bedroom in the Hollywood Hills house is brought to life with Untitled, 2014, by Dan Rees and an AM1N new-production table lamp by Franco Albini, Franca Helg, Antonio Piva and Marco Albini. The leather Superoblong bed is by Jasper Morrison for Cappellini. Photo by Richard Petit 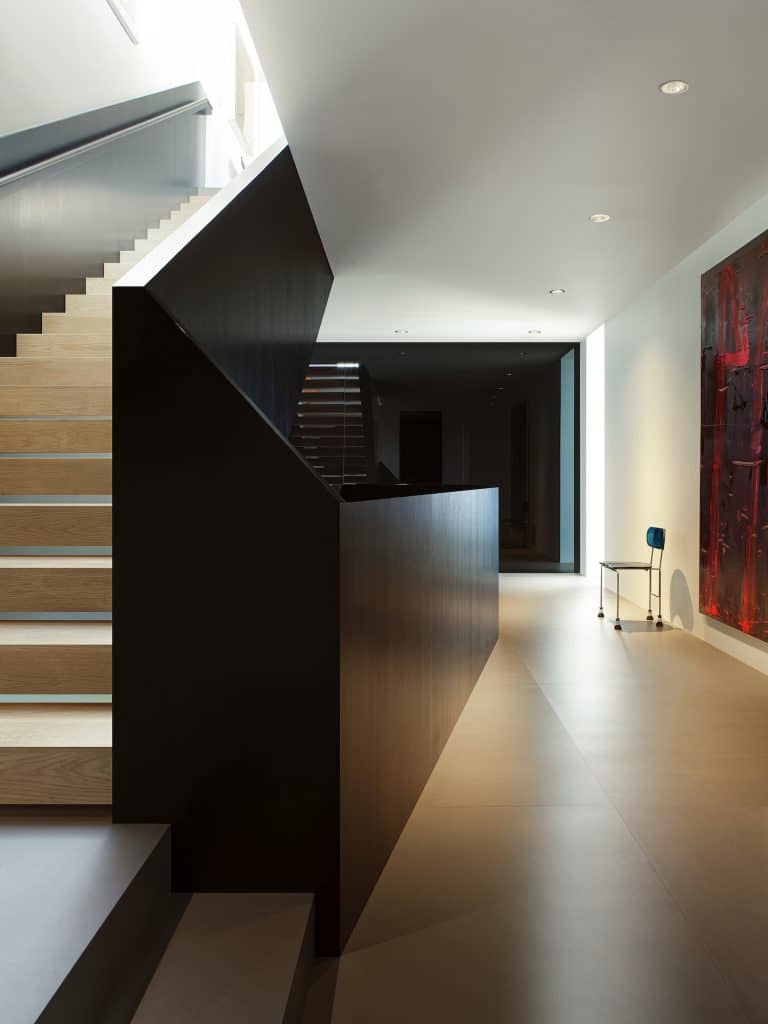 No strangers to bold architecture, The Archers opted for sharp angles and strong contrasts in this space in the same home. Photo by Richard Petit 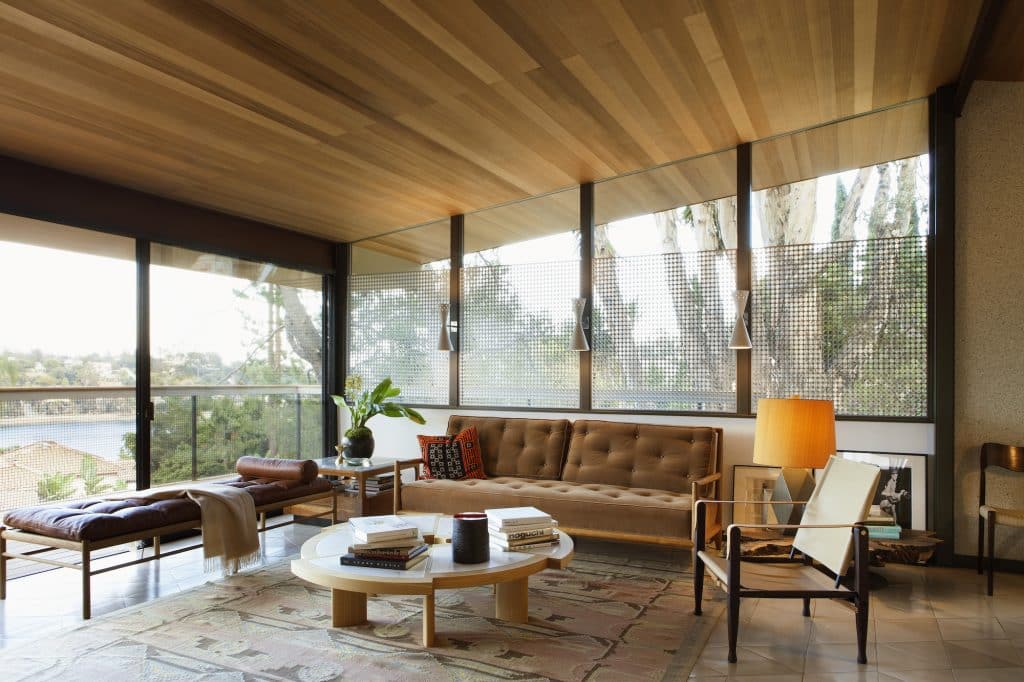 In the living room of an earlier project nearby, The Archers embraced a few key elements of the home’s former design, such as the decorative window screens, replacing the plastic originals, which had deteriorated, with water-cut aluminum replicas. The living room is dotted with vintage pieces by mid-century icons, like the Ole Wanscher daybed and the Kaare Klint Safari chair. Tying the space together is a tufted T.H. Robsjohn-Gibbings sofa for Widdicomb. Photo by Richard Petit 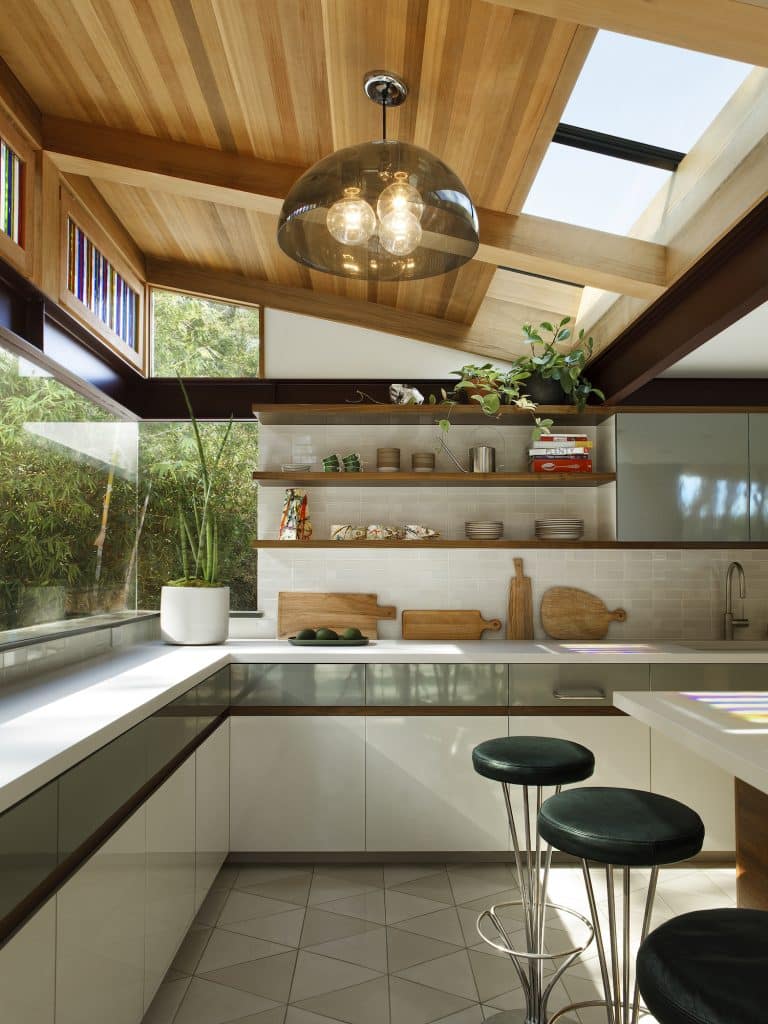 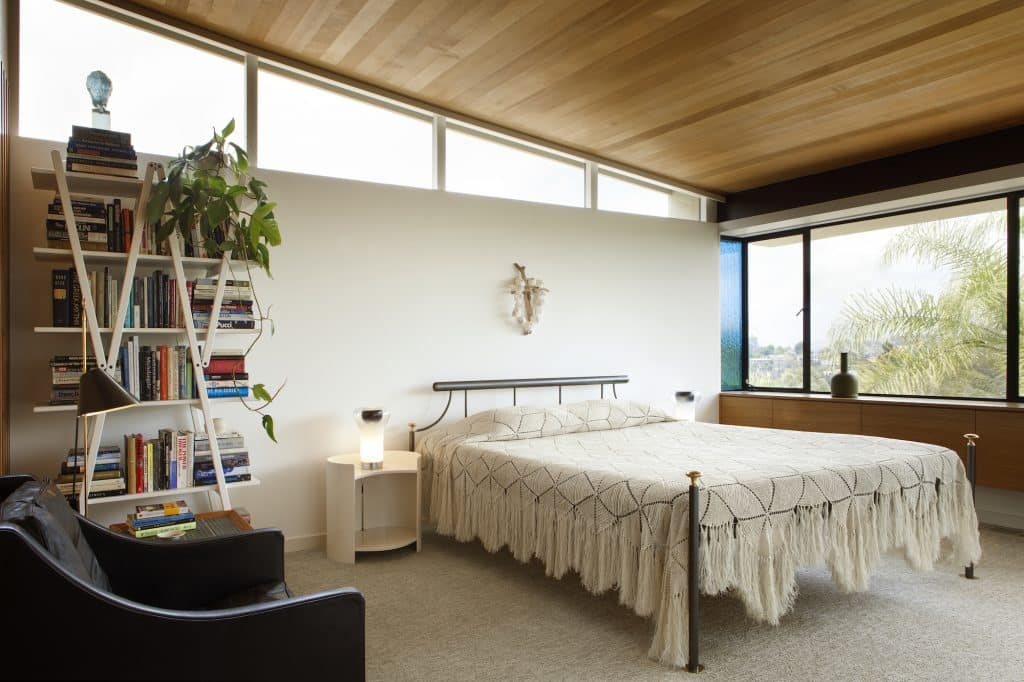 Like the rest of the compact two-story Hollywood Hills home, the bedroom is decorated in natural tones and materials, such as the Western red cedar of the ceilings and the hand-crocheted linen of the the design firm’s bedspread. The abundant natural light is supplemented by a Luigi Caccia Dominioni for Azucena lamp, standing between a Vico Magistretti for Cassina bookshelf and a model no. 2207 lounge chair by Børge Mogensen. Photo by Richard Petit

The renovation involved stripping away glaringly luxe finishes in favor of understated materials that keep the focus on the owner’s edgy art, such as matte-finished white oak, matte-finished Carrara marble and cement-gray terrazzo. A glass stairway that felt precarious was replaced with an opaque flight loosely inspired by the work of David Chipperfield. Dramatic lighting effects are derived, in part, from the films of Stanley Kubrick. There’s furniture by Verner Panton, Studio BBPR, Jean Prouvé, Pierre Paulin and Olivier Mourgue, along with shelving by Dieter Rams and iconic storage units by USM Haller configured as a vanity table. The terraces are equipped with outdoor versions of Le Corbusier classics. 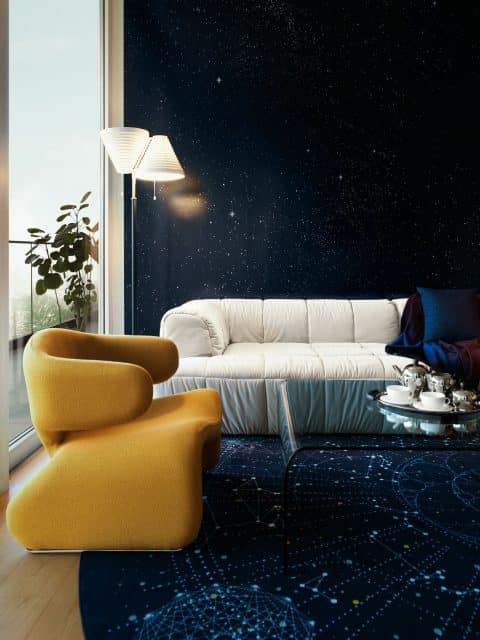 On a promontory in the Hollywood Hills, the firm, he says, is “taking a banal fifties house and turning it into a jaw-dropping fifties house, which is one of our favorite things to do.” The Petit-ified residence will include a range hood modeled on one in Lina Bo Bardi’s house in São Paulo, a Louise Nevelson–esque fireplace and tiles by New York–based illustrator Bruno Grizzi that draw on the work of Italian designer Ico Parisi. Research is a big part of any Petit project.

Petit has numerous obsessions. One is about the period after postmodernism, “when all innocence was lost, when nothing would ever again have only one meaning.” Among those working at the time, he cites Philippe Starck, whose version of Miami Beach’s Delano hotel opened in 1994 and who, like Morris Lapidus before him, Petit says, understood procession: how people want to be seen in public spaces. Other obsessions include West Hollywood’s 1970s DIY remodels aping the Hollywood Regency style. That trend, he says, “was about a generation of gay men who wanted to have something grand, something they could create with lattice and hot glue.” 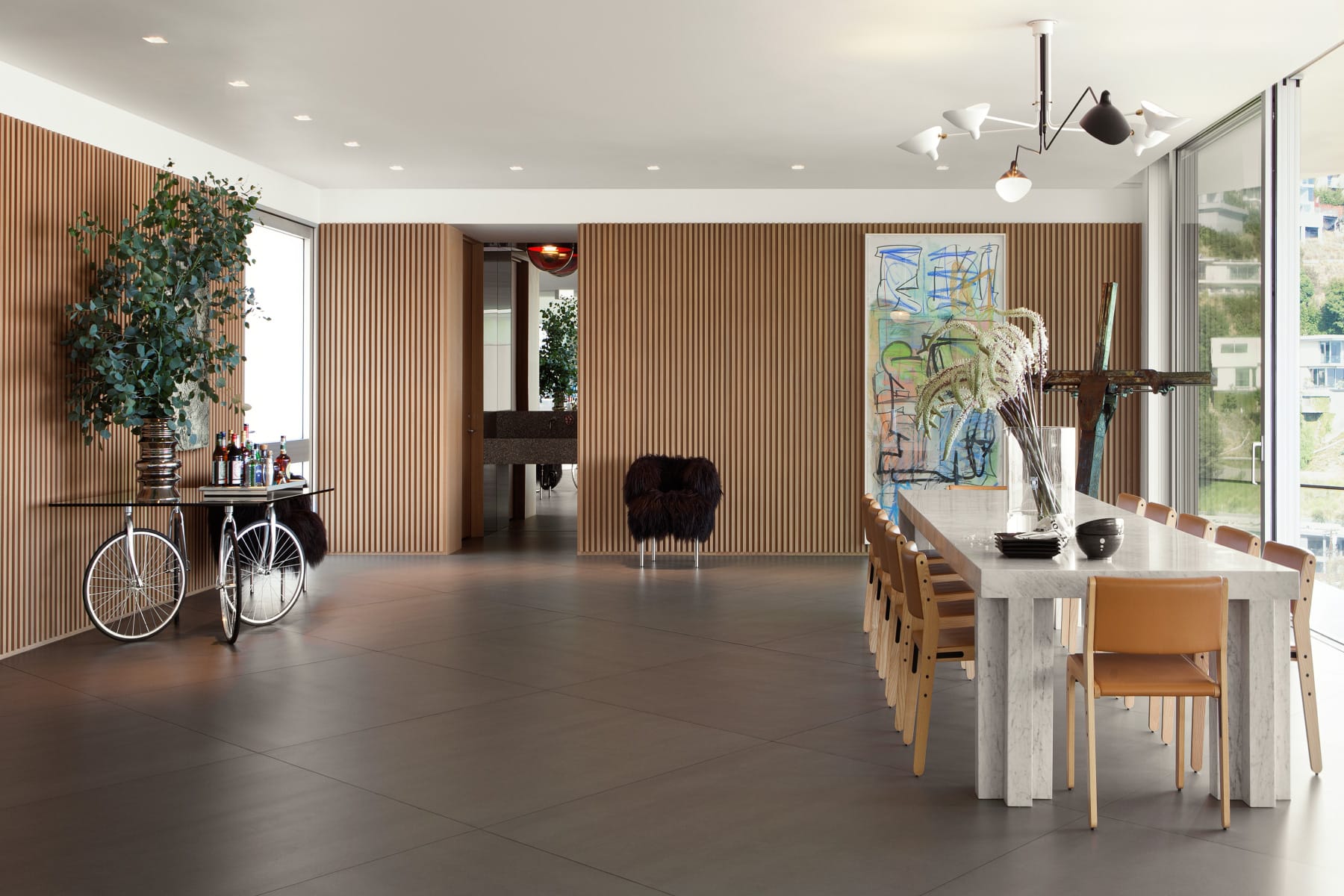 In this Los Angeles home, Gae Aulenti‘s Tour table displays a Sergio Asti Jaipur vase from the Tokyo Collection for Superego Editions. A Serge Mouille MCL-R6 chandelier hangs above a custom marble table by The Archers, which is surrounded by Afra & Tobia Scarpa Boomerang chairs. Photo courtesy of Richard Petit 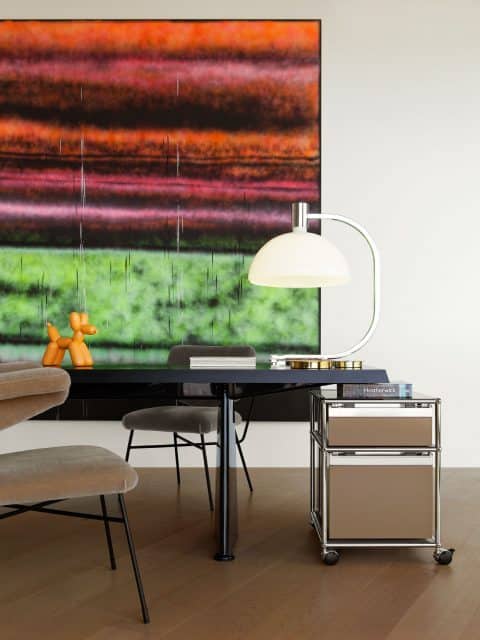 A bold Sterling Ruby painting is the focus of this otherwise neutral home office space. Two Arflex-produced Studio BBPR office chairs sit on either side of a black Trapèze table by Jean Prouvé, which supports an AS1C lamp by Franco Albini, Franca Helg, Antonio Piva and Marco Albini.  Photo courtesy of Richard Petit

Born in Woonsocket, Rhode Island, Petit studied theater design in Boston but, he says, “couldn’t connect to the culture.” He turned to fashion, which was more his speed, and designed collections in the late 1980s under the label Petit & Shaw. When that venture ended, he began making art for Ralph Lauren showrooms. One of his pieces (he says it might have been a Leonardo da Vinci–inspired equestrian chalk drawing) attracted the attention of L.A. interior designer Waldo Fernandez. In 1994, Fernandez asked him to come out west to help renovate a Tuscan-style house, and Petit fell in love with California. He settled in the state, finding employment with designer Brad Dunning (when he was based in L.A.), who is known for skillfully renovating mid-century houses. Working for Dunning “was an incredible education,” says Petit.

Petit might have continued with Dunning had he not discovered a book with a chapter on the Milanese designer Luigi Caccia Dominioni, who died in 2016 at the age of 102. “It was like a door opened, a portal to another universe,” says Petit. What he saw of Caccia Dominioni’s work, he says, “allowed me to let go of the concept of ‘correctness’ and aspire to create work that had more complexity and tension.” To do that, he says, he had to start his own firm.

“There’s madness and a logic to Caccia,” Petit explains. “His work is familiar and alien at the same time.” The same could be said of Petit’s interiors, which are getting more complex and edgy as The Archers’ reputation grows. Young Hollywood creatives want houses that are as imaginative as any film, says Petit: “When people take on a new space, they tend to see it as a movie in their heads. And you’re their production designer.” 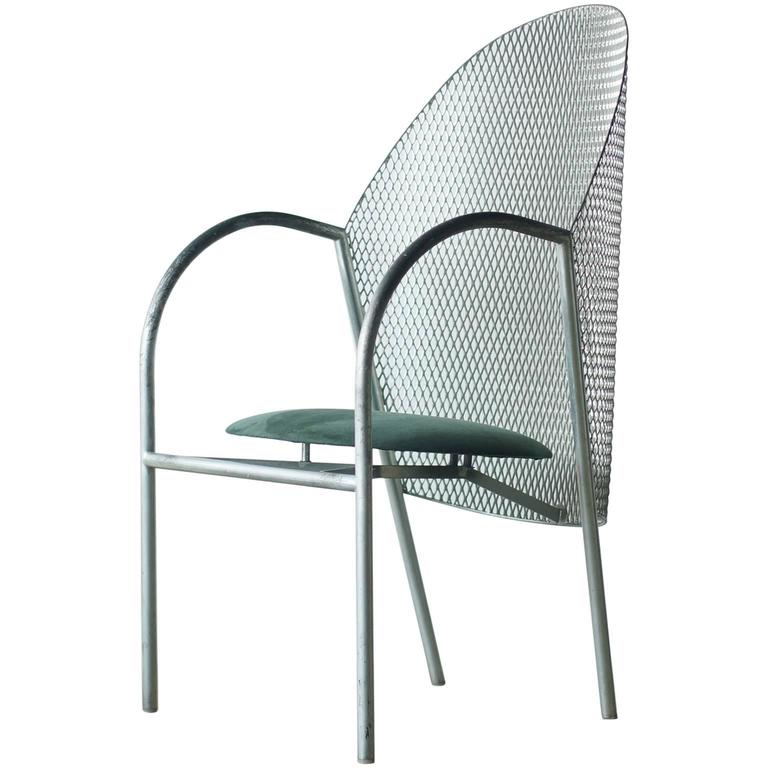 “Released in 1987 by Cassina Interdecor, this could be Kuramata’s most comfortable chair. With its transparent expanded-metal back and luminous frame, it’s hard to imagine a room — traditional or contemporary, color saturated or monochromatic — in which it wouldn’t look perfect.” 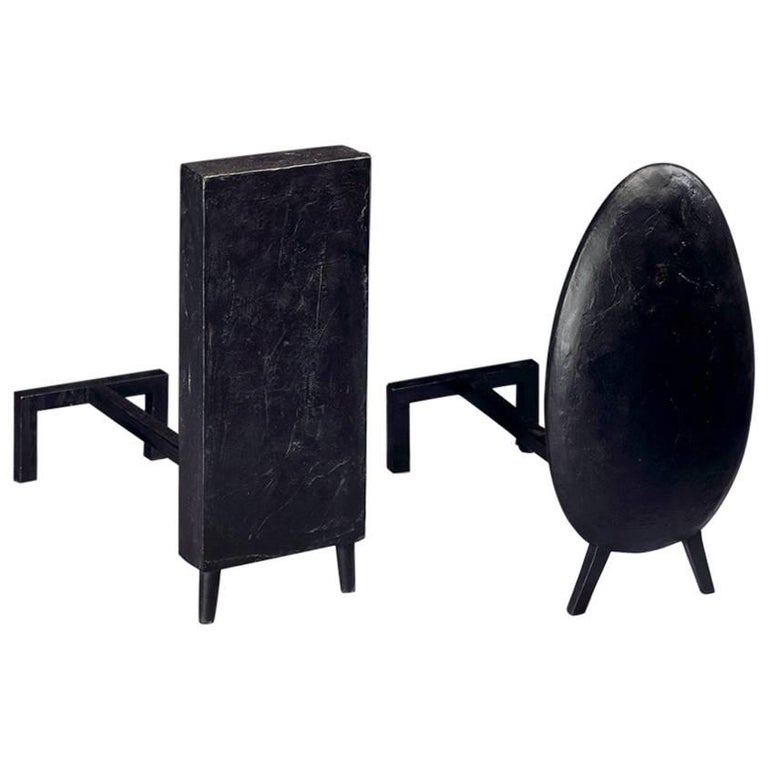 “These bronze firedogs would be beautiful set within a minimalist fireplace or as a foil to a Louis XIV marble mantelpiece.” “Originally designed in 1919, this minimalist Italian walnut chair can be used the same way you might use a chair by Donald Judd.” 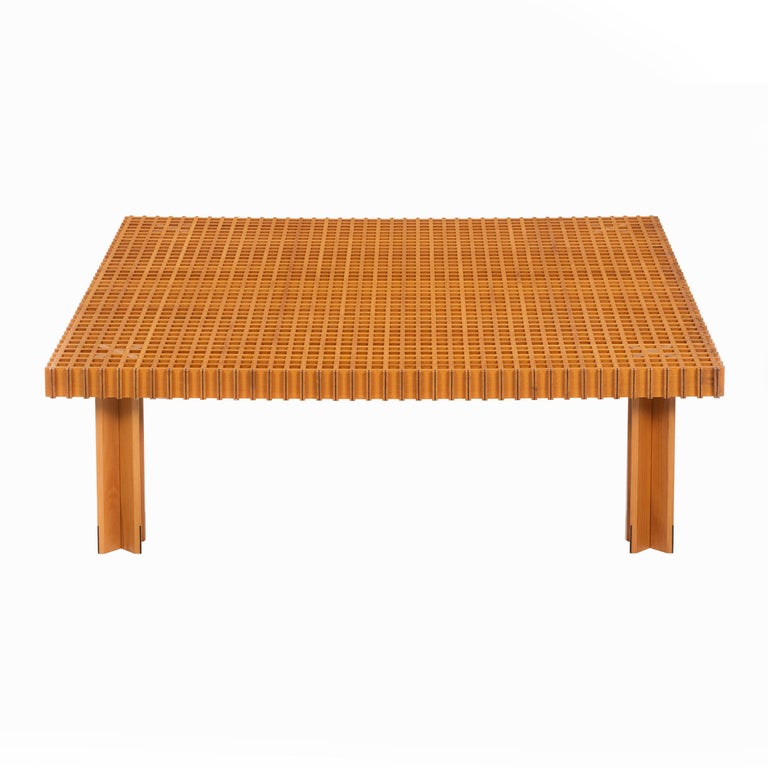 “It’s hard to imagine a living room or study that wouldn’t benefit from this beautifully crafted and scaled table.” 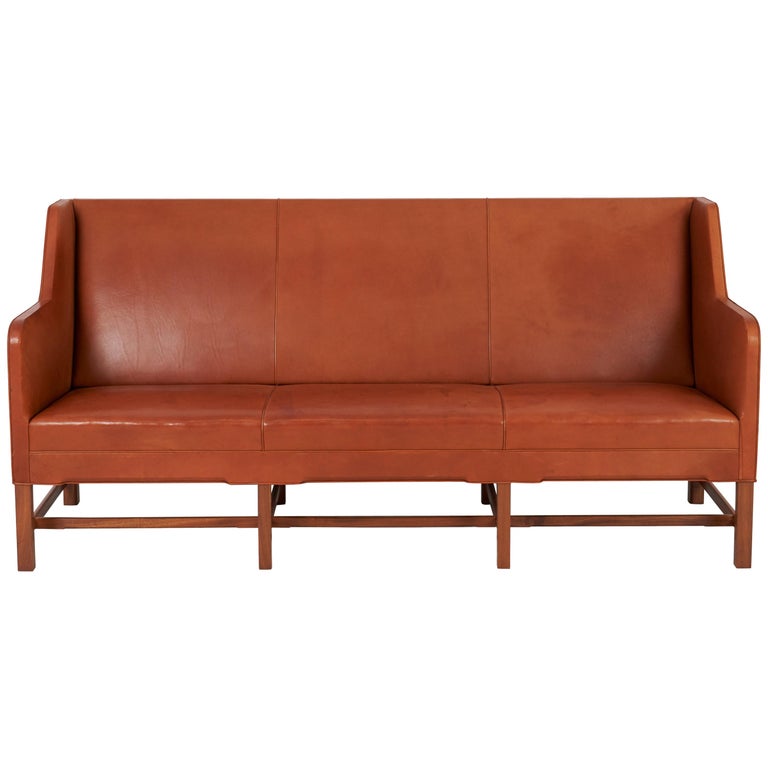 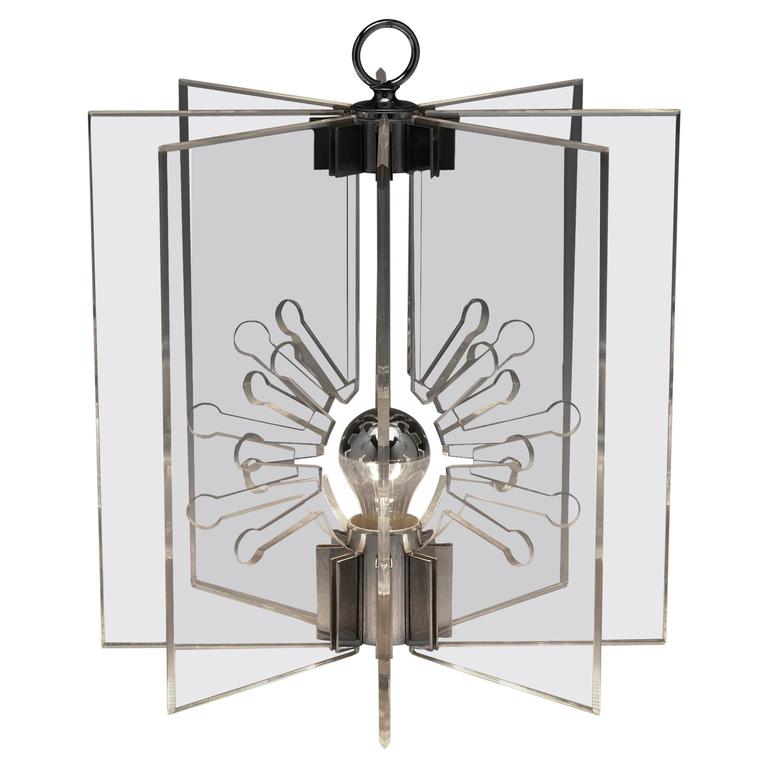 “These little-known lamps by Italian modernist master Albini are in excellent condition and would be equally beautiful in a minimalist or maximalist room.” 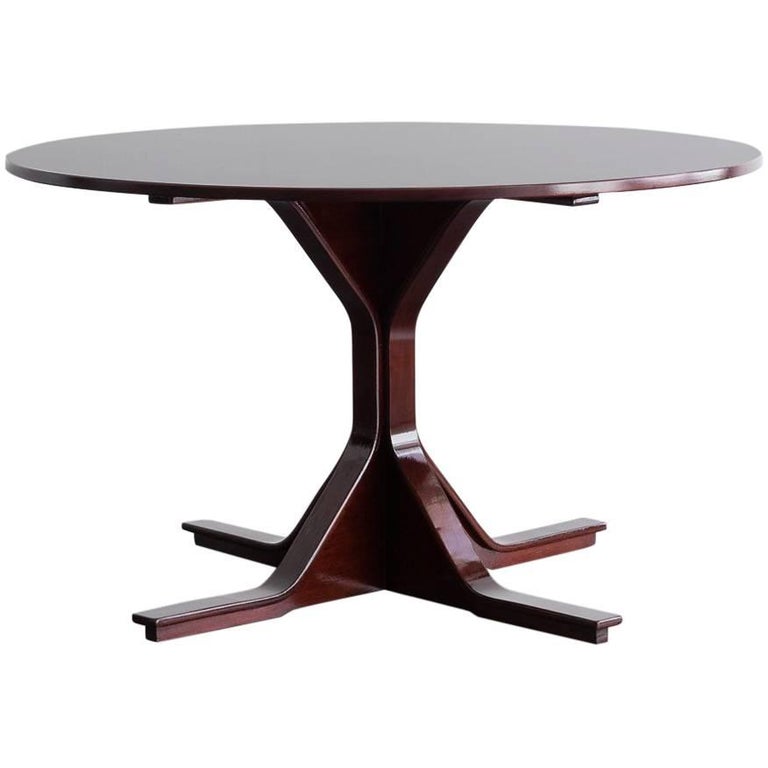 “Everything about this table is so beautifully resolved. For all the industrial techniques that went into its production, it reads like a piece of haute couture. It would be perfect as a center hall table.” 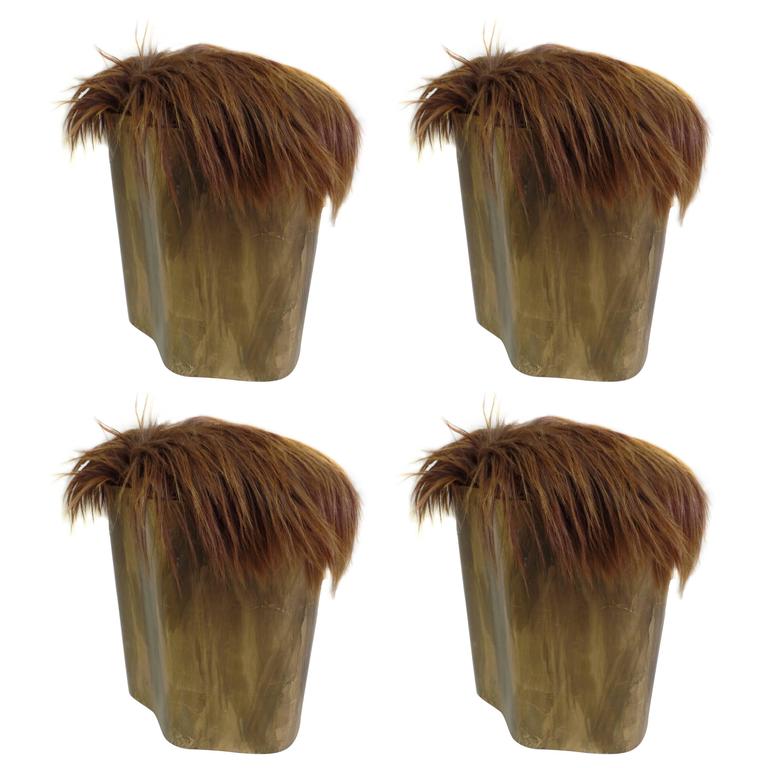 “These would be great as seating for a Donald Judd library table or for an Angelo Mangiarotti Eros table, to keep things from getting too serious.” 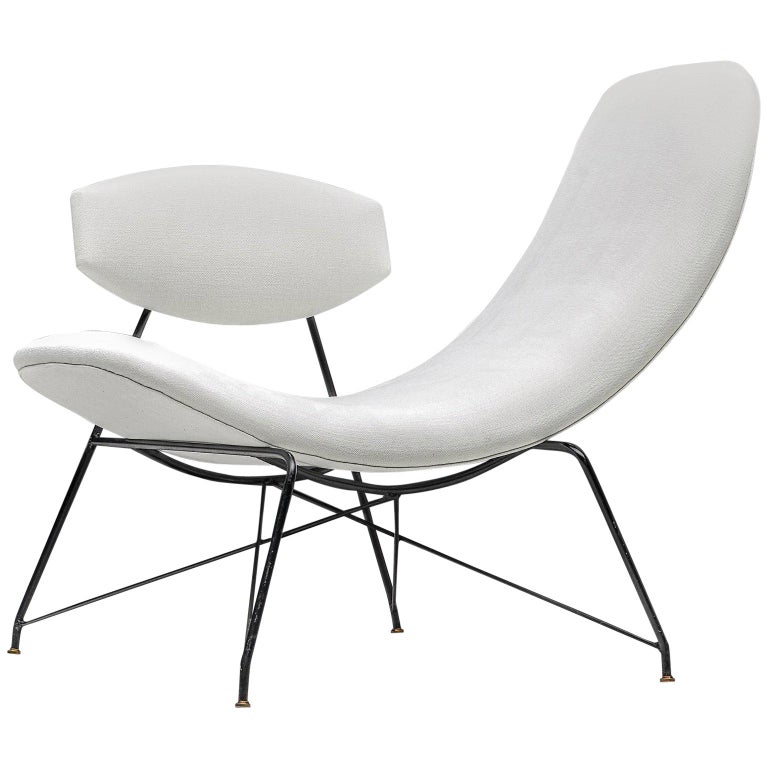