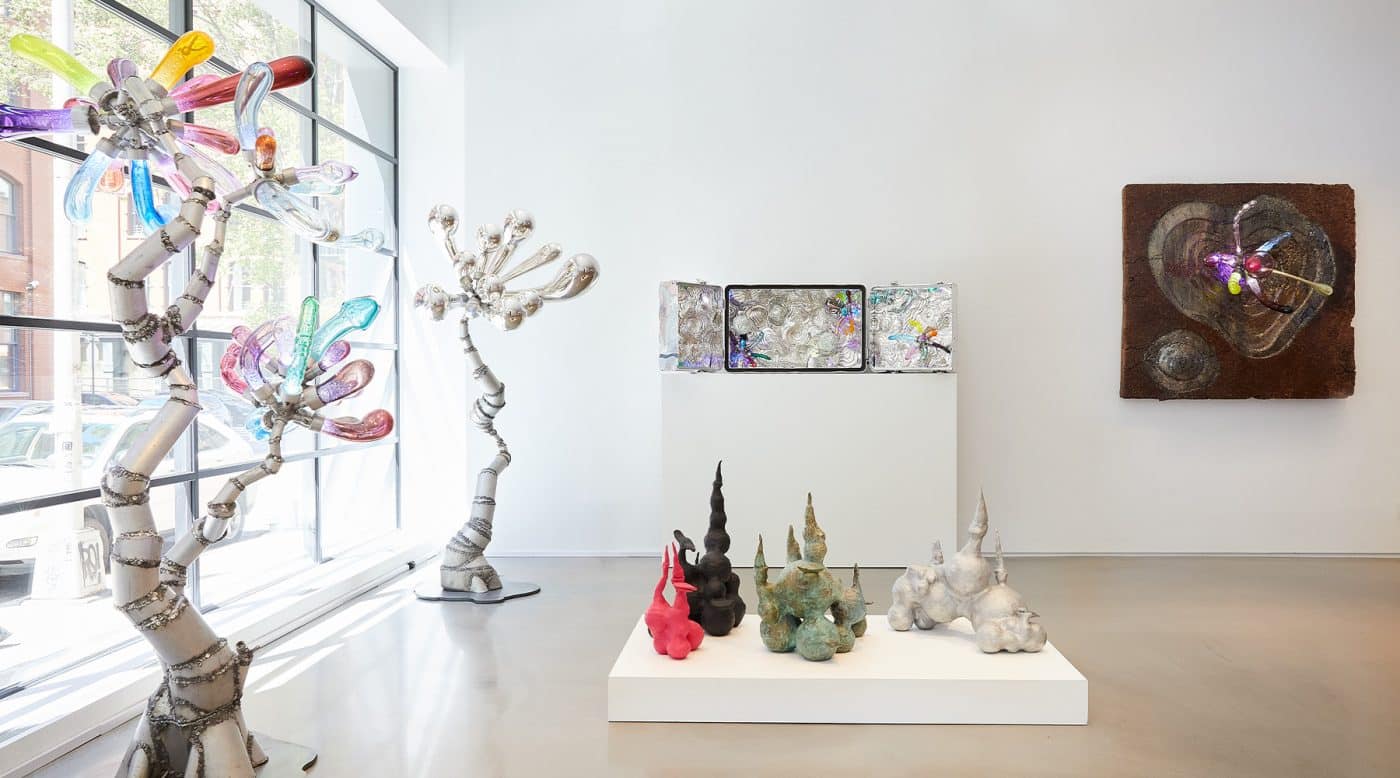 The otherworldly work of Paula Hayes and Randy Polumbo glitters, shines and glows in the exhibition “Via Lactea.”

August 7, 2022Gliding through her namesake Tribeca gallery, Cristina Grajales pauses reverentially in front of Apothecium Nebula, by the artist RANDY POLUMBO, a massive panel of homegrown fungal threads, known as mycelium, embellished with silver and beads. “It’s very groovy,” she proclaims in her Colombian accent. “Randy had to put sealer on the mycelium. Otherwise, I would have a whole mushroom colony growing out of it.”

For the exhibition, titled “Via Lactea” (Spanish for Milky Way) and running through September 9, Grajales has paired Polumbo’s sparkling, Seuss-meets-sci-fi multimedia works with the earthy-yet-elegant terraria, bronze vessels and acrylic chandeliers of acclaimed sculptor and landscape designer Paula Hayes.

“They are both fascinated with ancient traditions that keep evolving, like glassblowing and metalwork, and with using organic and recycled materials,” Grajales says. “Randy is exuberant and excessive, almost surreal. Paula is more subdued, but also kind of wild. Her glass barnyard animals and aluminum gnomes look like little aliens.”

Each of the artists produces pieces that blur the lines between form and function as well as art and industrial design. Polumbo, a Cooper Union School of Art graduate and LEED-accredited master builder, cites “weird plants, bootleg science projects, Gumby, Gio Ponti and Maya Lin” as inspirations and has created eco-focused site-specific installations at Burning Man and Joshua Tree. For him, a work like Cerberus, his twisted aluminum tree sprouting LEDs amid a rainbow of blown-glass floral petals, is as much an extraterrestrial beacon as a floor lamp.

Polumbo’s Marvel assembles blown glass, mercury-silvered flowers, reflective “planets” and electronics inside a vintage rocket-launcher case, transforming military weaponry into a trippy yet beautiful triptych. “For me, the show is a proposal to viewers to zoom outward and reflect inward,” says the artist, whose work is in the public collections of Museum of Old and New Art, in Hobart, Tasmania, and Museum of Sex, in New York City.

“Our work invites people to turn it on, plug it in, stroke it, hear it,” Hayes says, referring to her pieces in the exhibition and Polumbo’s. Providing a counterpoint to the latter’s expansive cosmic creations, which bring to mind the paintings of Yves Tanguy and Kenny Scharf, Hayes’s sculptures are, she says, “plain-spoken and literal, typically vessels” for flora and fauna.

For the past two decades, Hayes, the Baltimore Museum of Art’s first landscape artist in residence, has created what many call “living art,” in the form of private gardens, a green installation in the lobby of New York’s Museum of Modern Art and otherworldly terrarium sculptures.

Hayes is a master of materiality. “I go all the way matte or very slick,” says the artist, who collects work by Gaetano Pesce, Betty Woodman and Roberto Burle Marx. “I am not middle-of-the-road with material, which may be why something could have the feeling of armor or a hard-to-explain soft quality.”

Standing sentry at the entrance of the gallery, a tree rises out of her somewhat cartoonish, sack-like Gingko planter, made from flexible sulfur-yellow silicone. By contrast, her Non planter and Thyrsus vase, cast in bronze and patinated in beguiling greens, echo Brutalist and Brancusi forms, while candleholders forged from the same material take biomorphic shapes that evoke driftwood and seal fins.

Hayes explores fibers in a series of headdresses titled “Warriors” and casts voluptuous birdbaths in blazing-orange resin polished to a high gloss and lustrous mauve resin with a satiny finish created with steel wool.

“Via Lactea” is notable for including many terraria, which have become a Hayes signature. Among them, Crystal Column 1 and Crystal Column 2 tower, quite literally, above her more intimately scaled tabletop gazing globes. “The folds in the glass and how the tops are cut feel sci-fi, and the contents — recycled rubber tire and crystals — are both natural and industrial,” she says. “The rubber makes the surface of the glass look even more gleaming, complex and intricate, and the crystals do their own thing with light and refractions, so the columns radiate mystery.”

For Cristina Grajales, that is precisely the point. Having worked throughout the 1990s at the legendary 1950 gallery, helping to popularize French modernists like Jean Prouvé, Charlotte Perriand, Serge Mouille and Pierre Jeanneret, she opened her own gallery more than 20 years ago to focus on the emerging market for artist-makers.

“I wanted to be more in the present and be part of the development of new talent,” says Grajales, who represents, among others, experimental theatrical designer Robert Wilson, French metal and glass artist Christophe Côme, Mexican architect Gloria Cortina and Sam Baron, the artistic director of Maison Pierre Frey’s furniture collections.

“I don’t want to play it safe all the time,” she says of “Via Lactea.” “Both Paula and Randy have this beautiful approach to nature that is otherworldly, and they concentrate all these energies and elements to help us function in this chaotic world. People feel transported with this exhibition, and when they say this is a magical world, I feel I have succeeded.”

Explore “Via Lactea” at Cristina Grajales Gallery on 1stDibs 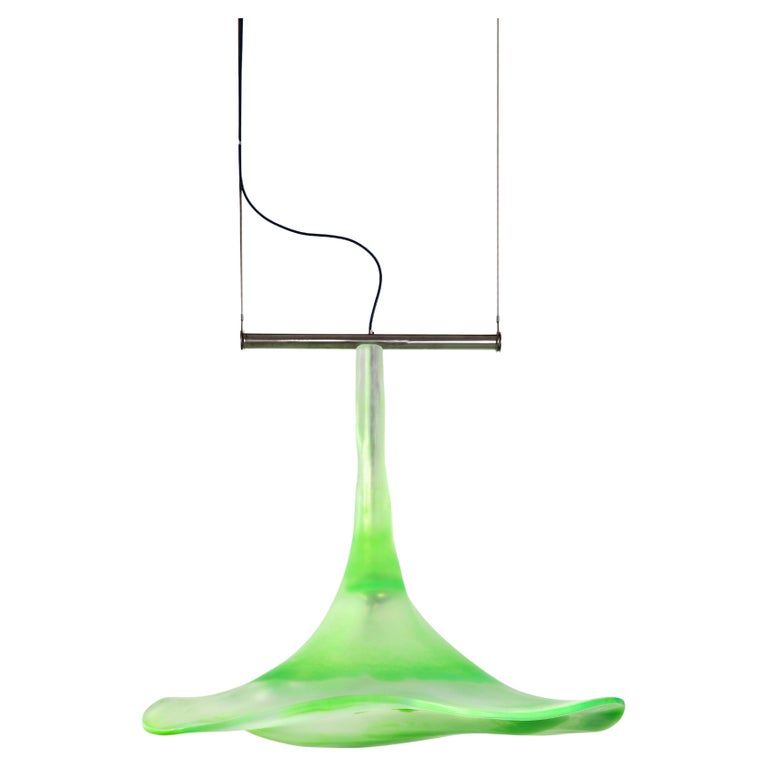 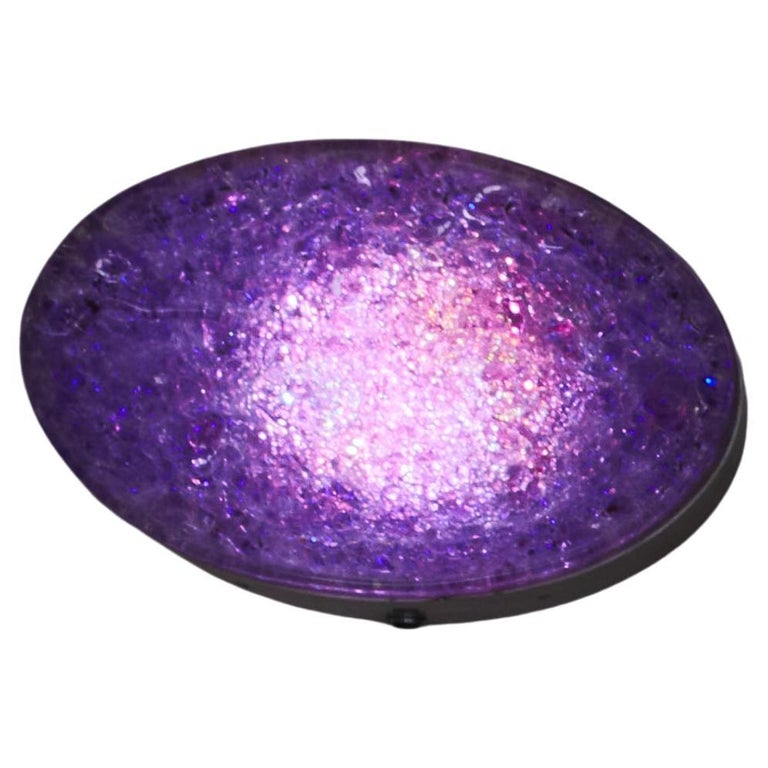 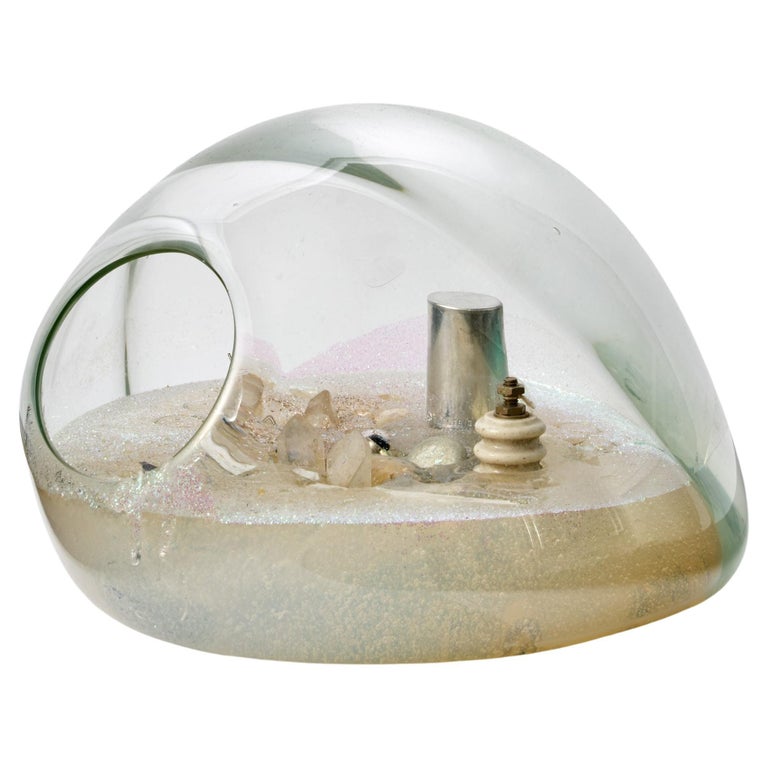 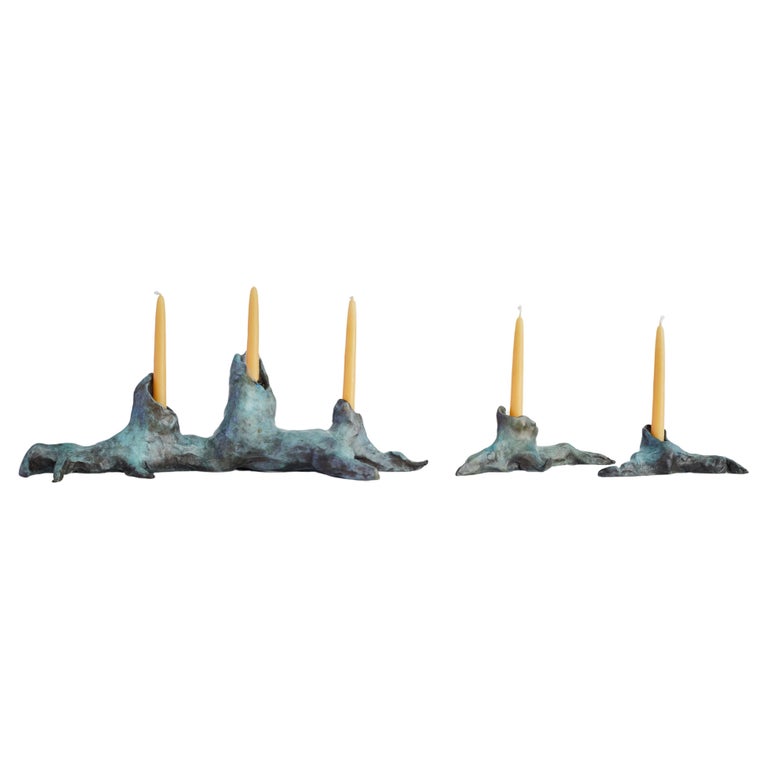 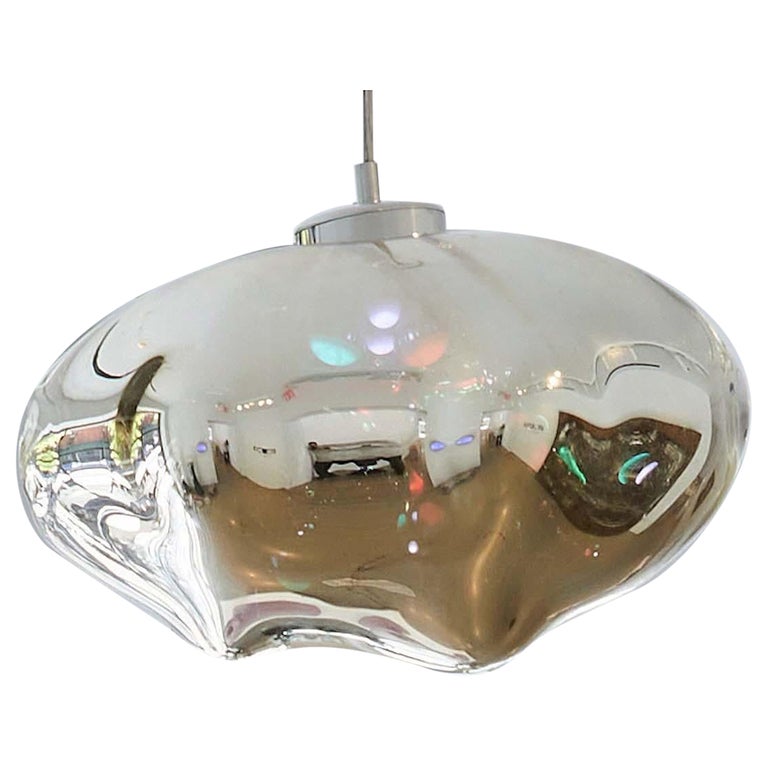 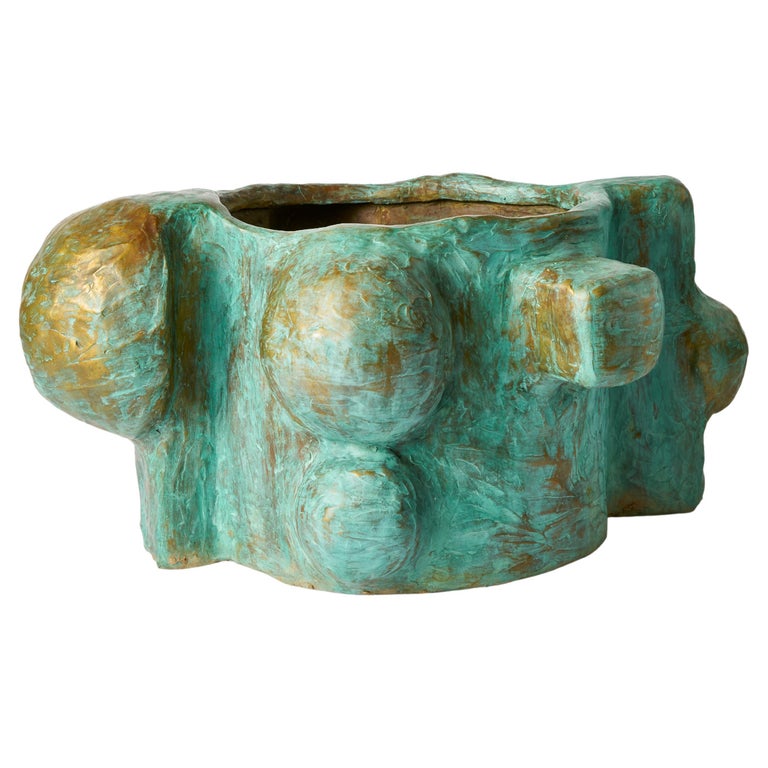 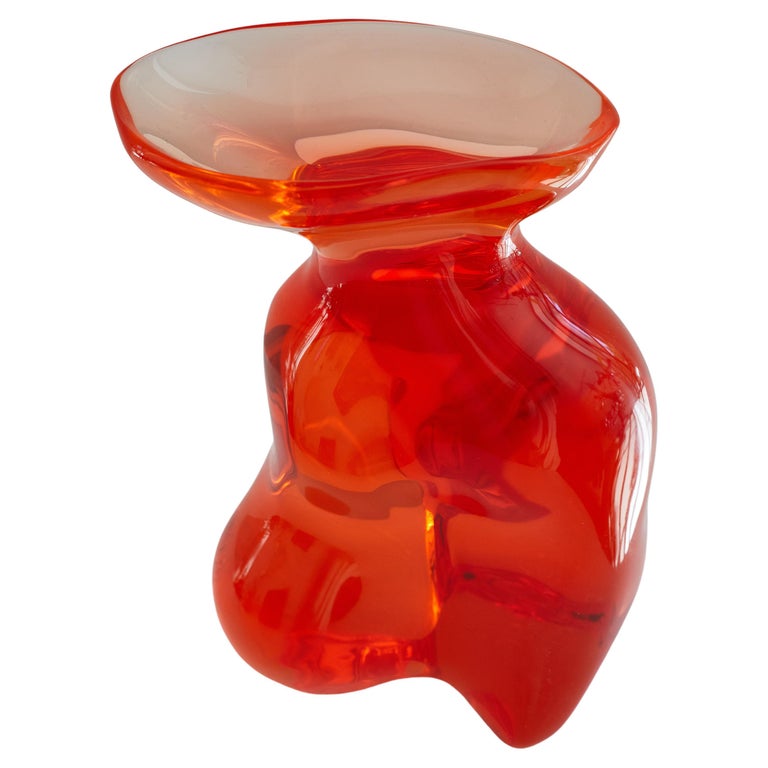