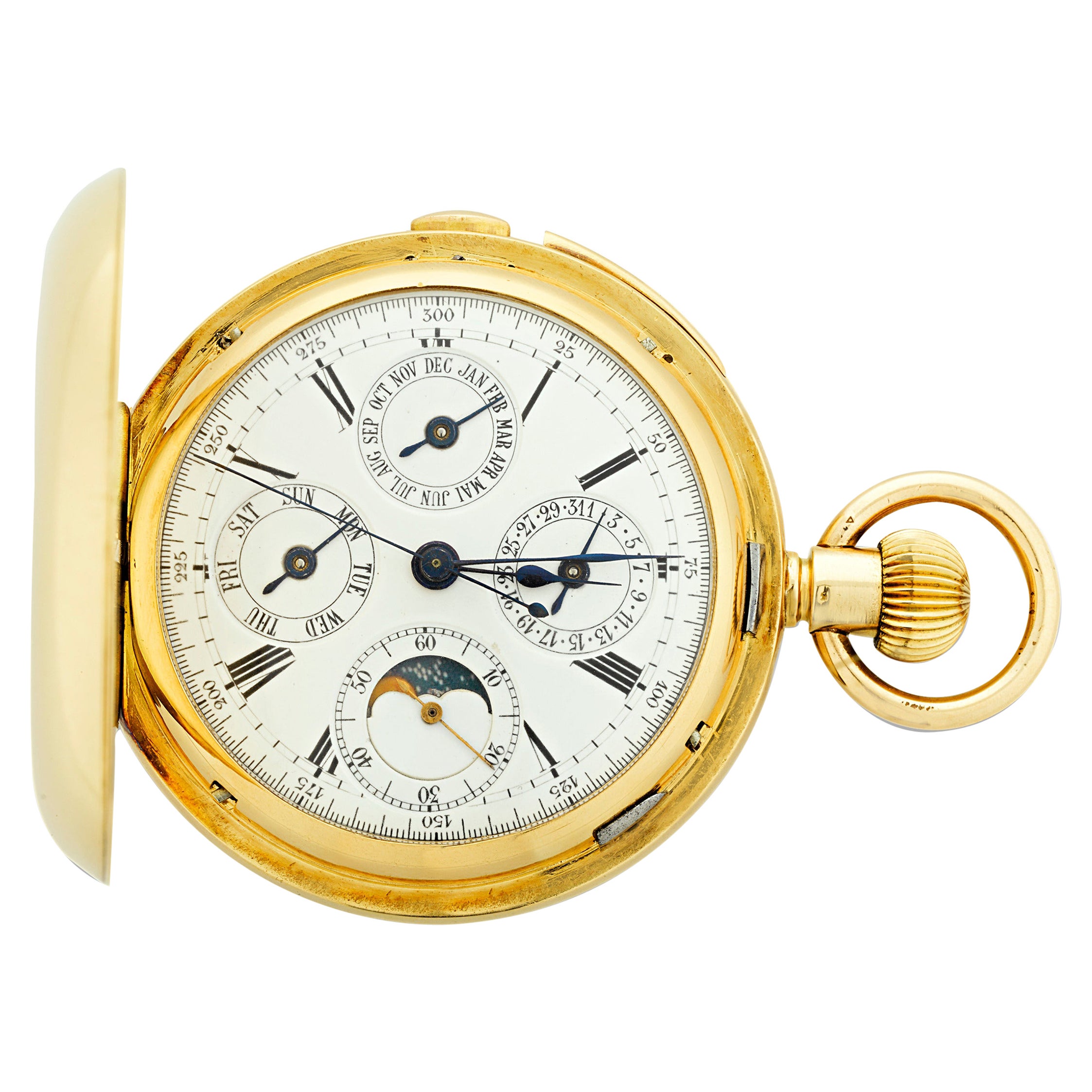 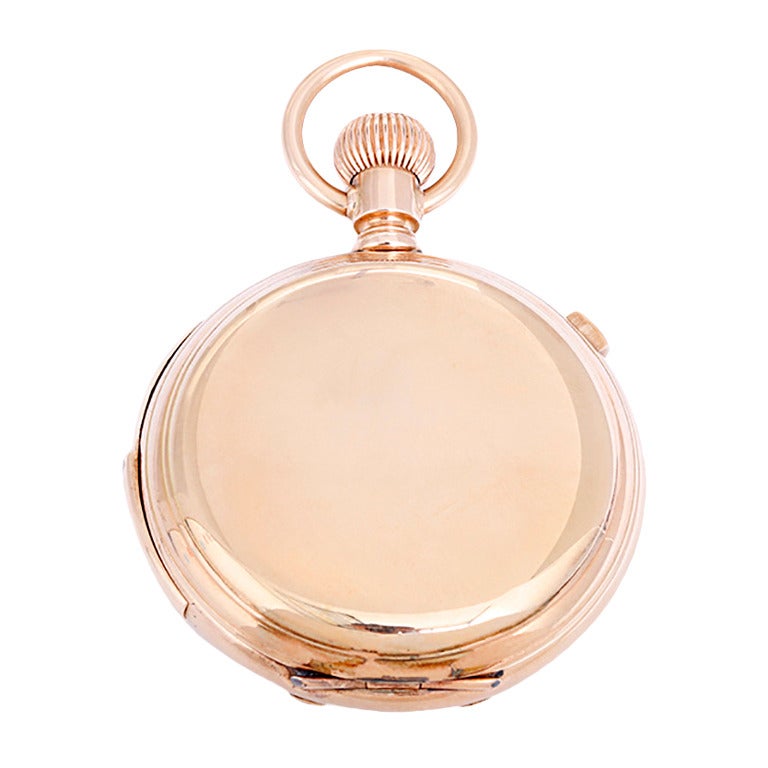 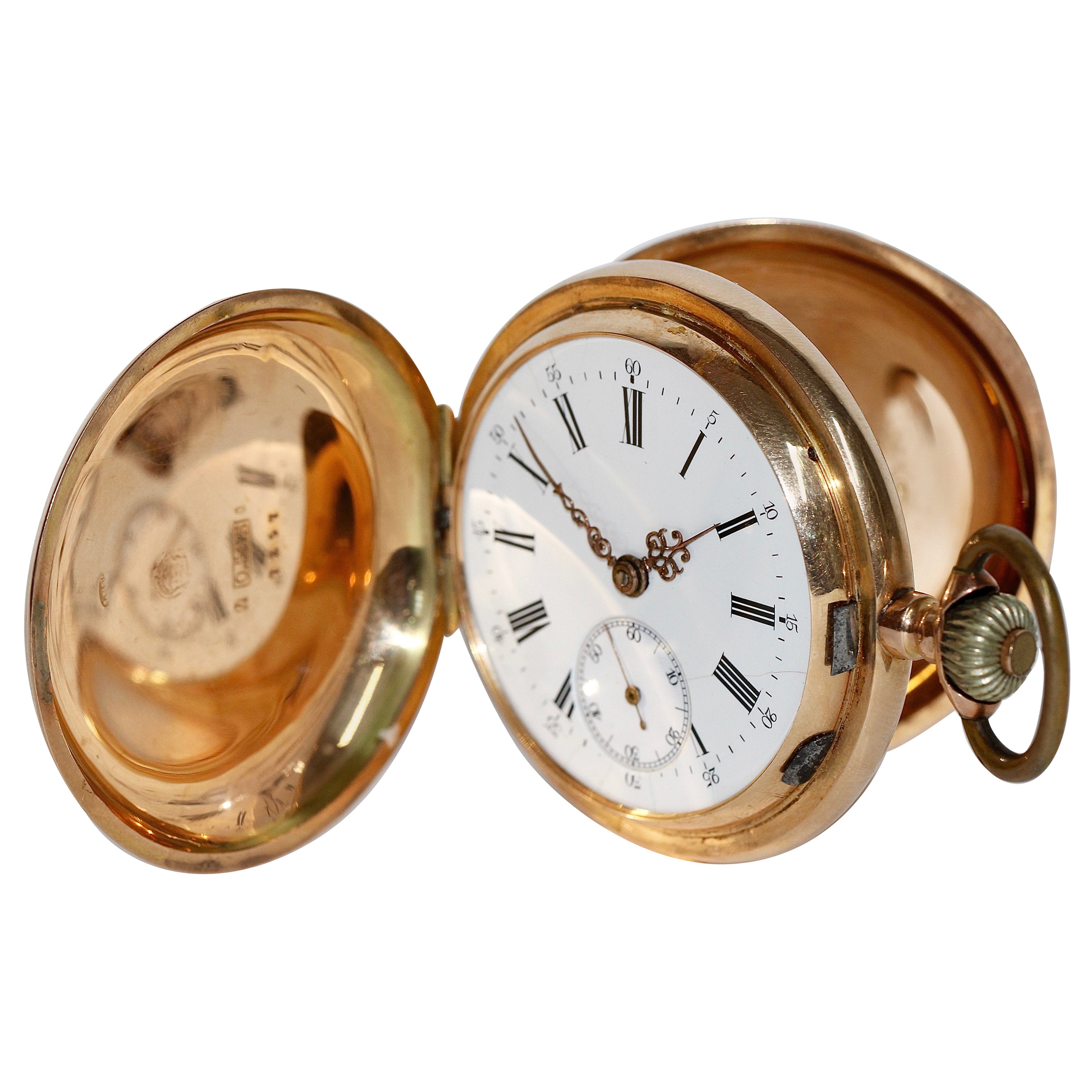 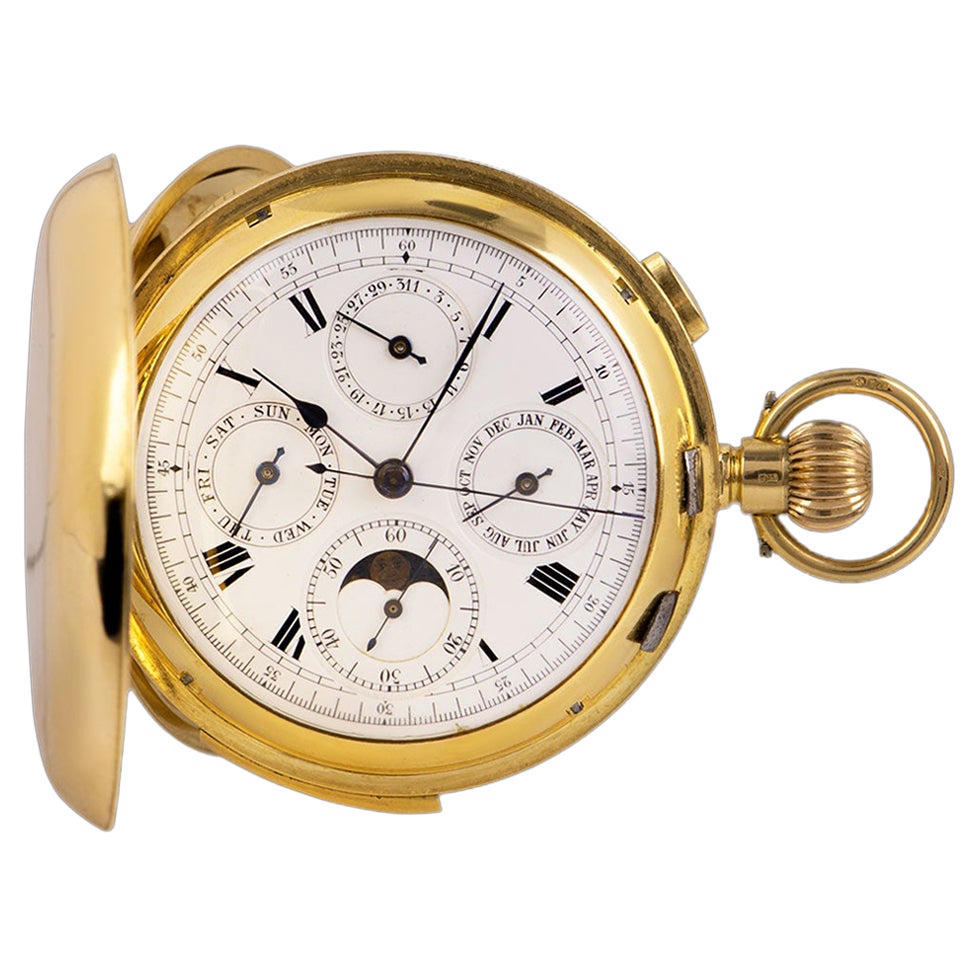 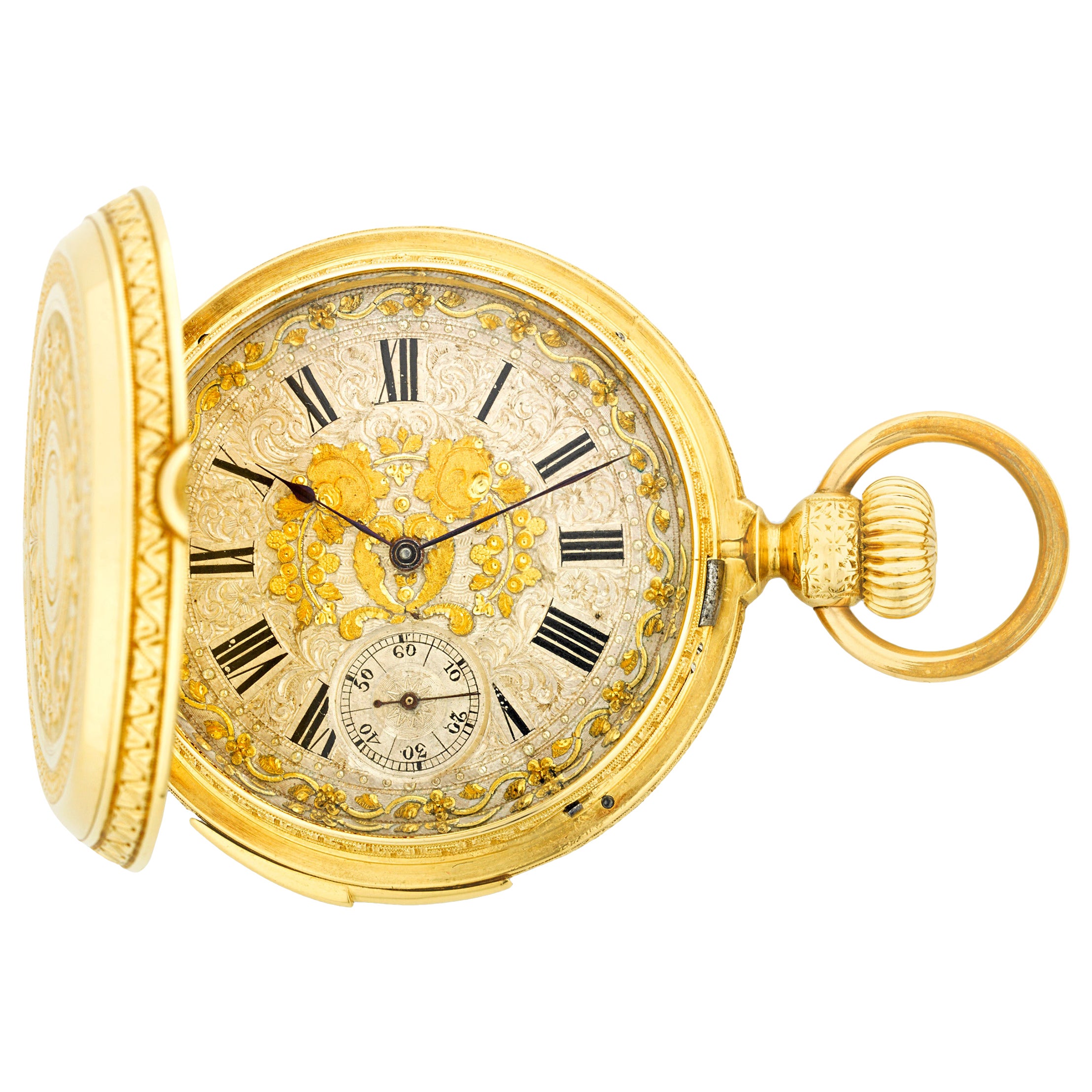 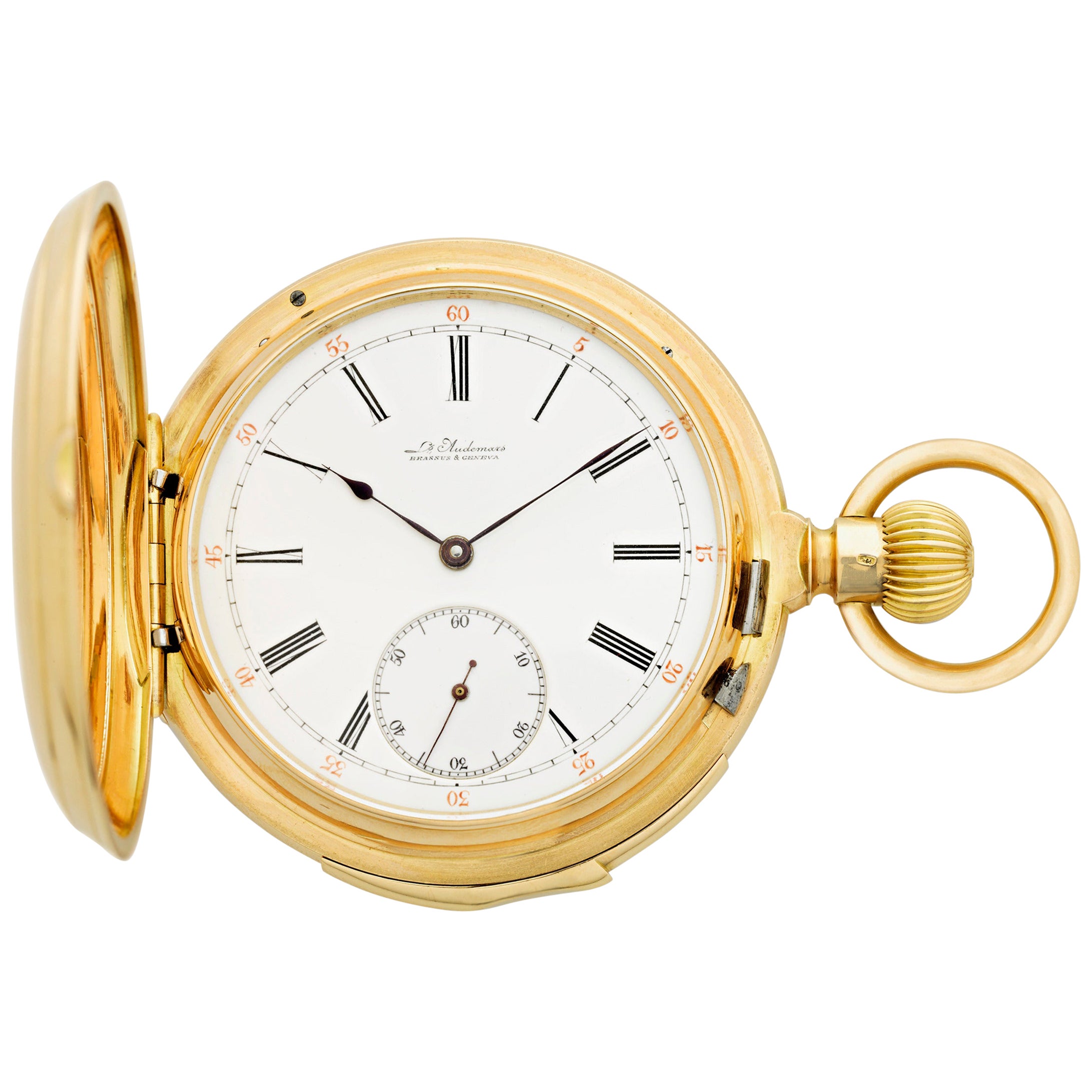 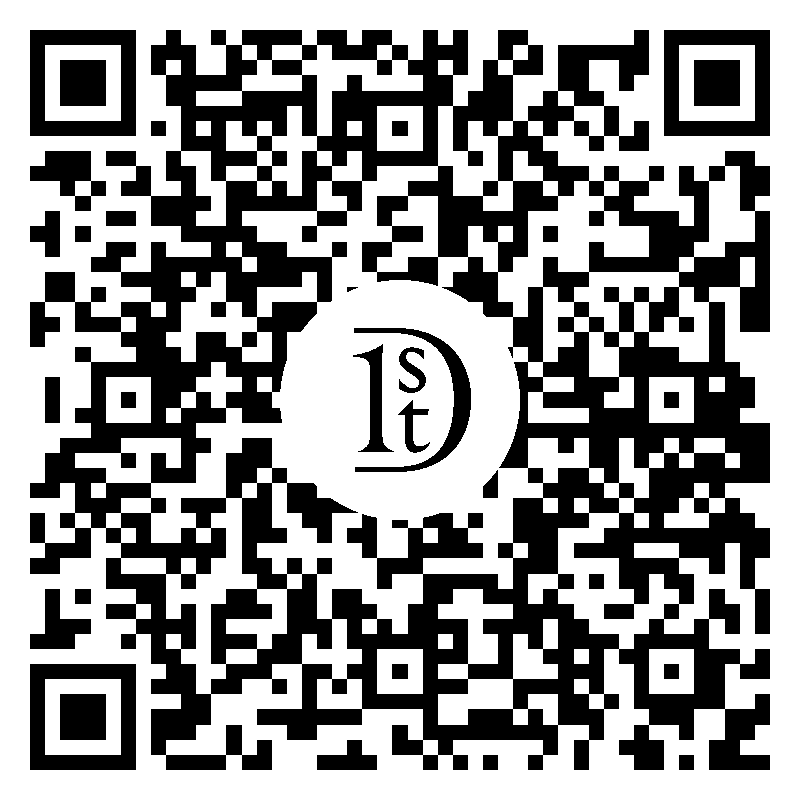 Emile Peret, Locle, Swiss, 1865, hunting case. Minute repeating pocket watch with porcelain dial, movement number 16666, case number 20175, size 20 L, 10 independent bridges, mustache lever, 28 jewels, highly jeweled repeater. This is a minute repeating pocket watch with a chime that has a railroad-type bell sound. We believe it was privately commissioned to sound like this. A picture of Ramsey wearing the watch is enclosed as well. There is also an Albany to Susquehanna railroad pass signed by Mr. Ramsey, from 1865 the same year he received the watch. This type of historical item is usually reserved for auction houses. Inside Front cover engraved: Presented to Hon. JH Ramsey by the stockholders of the Albany Susquehanna Railroad Co. 1865 Width without crown: 53.4mm Width with crown: 69.19m Case thickness: 15.90m Dial: Porcelain, Emile Perret, Locle. One very small hair line at 2 to 3 o'clock Inside front cover: JA D 20178 Inside back cover: JA D 20178 1666 Front of inner back cover 16666 Emile Perret Locle Inside inner back cover 16666 An important and rare pocket watch, it was the prized possession of the Hon. Joseph H Ramsey, a successful businessman and lawyer, and one of the most successful students of Jedediah Miller. J. H. Ramsey is credited by most, for his personal persistence resulting in the completion of the Albany to Susquehanna Railroad in the 1860s thus opening an entire county previously accessible only by foot and horse traffic. He was presented with this watch directly by the railroad shareholders in 1865 after being elected president of the railroad. Two Erie railroad men Jay Gould and James Fisk, Jr attempted a forced takeover of the Albany to Susquehanna Railroad, referred to as the “Railroad Wars”. Ramsey and his men fought off the attack. Ramsey teamed up with J.P. Morgan and sold him shares in the railroad to permanently fend off the attack by Gould and Fisk. This helped stabilize the railroad industry and helped consolidate the power and lead to the rise of J.P. Morgan. With political ambitions (perhaps from his association with Jedediah Miller), Ramsey became a member of the New York State Assembly in 1855 and was elected to the New York State Senate in 1856 and 1857. It was during his time at the Senate that the ever ambitious Ramsey secured a law to finance the construction of the Albany and Susquehanna Railroad. He achieved this by offering stock to the towns that bordered the future railway line and for his efforts, in 1865, he was elected President of the A&S Railway. It was at this time in 1865 that Ramsey was given this pocket watch by the stockholders of the railroad. But trouble with the A&S would upset Ramsey's plans. The watch itself was restored by Vicovanu Antiques Restorers. It runs well and keeps good time. 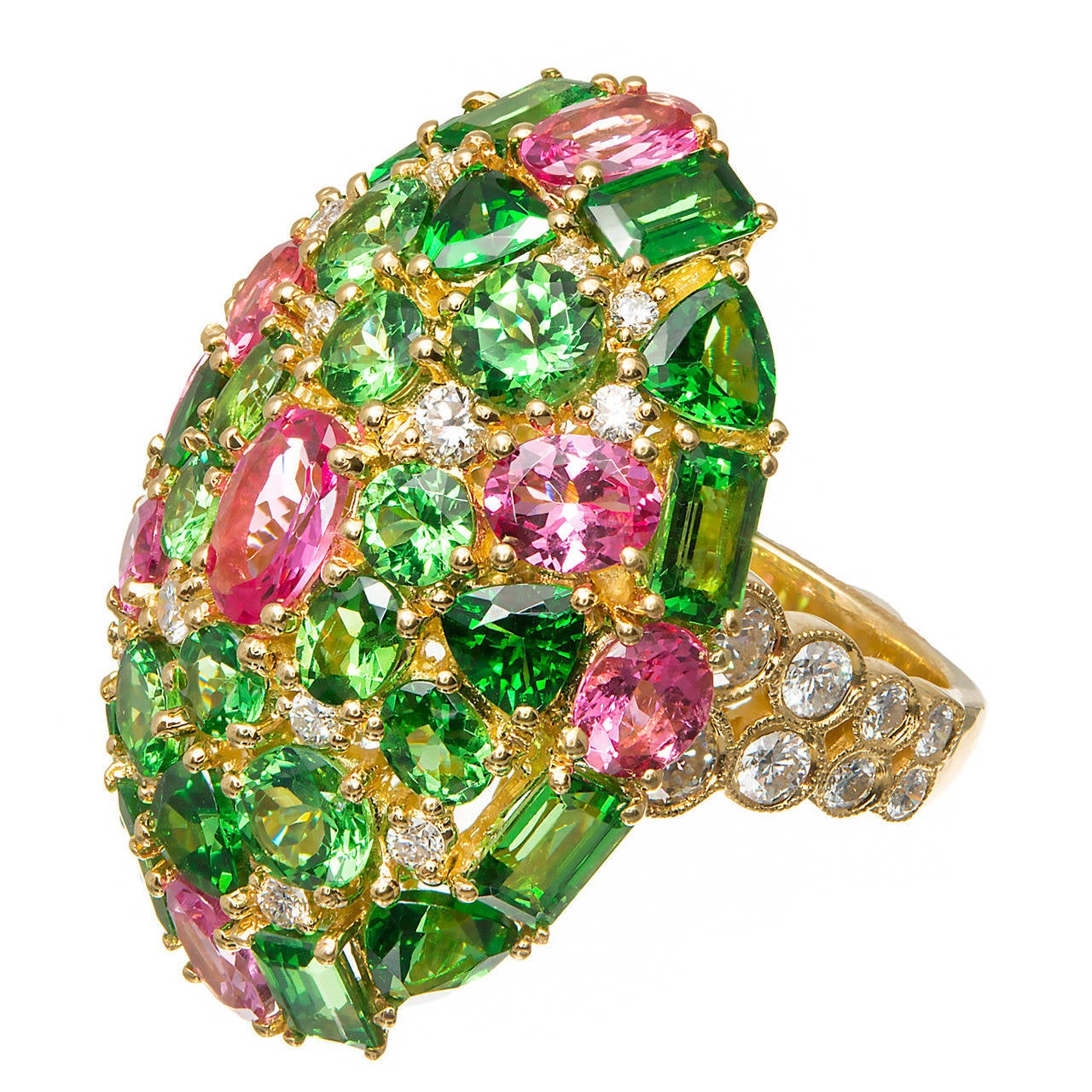 About the Seller
5 / 5
Located in Stamford, CT

Having worked at the bench for more than 30 years and attended the Gemological Institute of America, Peter Suchy today is one of Connecticut’s most trusted vintage jewelry experts, with a focus on such designers as Tiffany & Co., Cartier, Bvlgari and Buccellatii. He specializes in the styles of long ago eras as well as more recent ones...

Recognized Seller
These prestigious sellers are industry leaders and represent the highest echelon for item quality and design.
Diamond Seller
These expertly vetted sellers are 1stDibs' most experienced sellers and are rated highest by our customers.
Established in 1983
1stDibs seller since 2013
1,310 sales on 1stDibs
Typical response time: 2 hours
More From This Seller
View All From Seller