Jonathan Winbush on ‘The Conversation’

The Pittsburgh-born digital creative tells us about the new NFT show he curated on 1stDibs and why up-and-coming artists make the most interesting NFTs.

I frequent a lot of conversations both online and in real life around digital art. Being a motion graphics artist working in television and movies for a decade and a half, I’ve had the privilege of getting to know and engage with many artists around the world — from professionals to hobbyists. And, lately, of course, NFTs have become the topic of any discussion in which I find myself.

In the past year or so, the talk among artists and collectors alike has almost always come around to who is the best or up-and-coming artist in the NFT world. Usually, the same five to eight artists get mentioned, and, while they do deserve the praise they receive, there are a whole plethora of artists who, for whatever reason, go unmentioned.

I personally know a lot of artists who have done amazing work that gets seen by millions of people around the globe, yet when it comes to the NFT world, they don’t get a second look. I’m here today to change the landscape and give exposure to those who should be spoken about during these discussions. So I present to you “The Conversation.”

Handel Eugene
When I think of top-tier talent in our industry, I think of Handel. His style varies vastly, so you can’t classify him as a one-trick pony, which is why he is highly sought after by major studios. His work can be seen in movies like Black Panther and Spider-Man: Homecoming.

I’ve known Rob for over a decade. We both attended the Art Institute of Pittsburgh and have gone on similar paths when it comes to working on feature films and television.

Rob is one of those artists who is constantly evolving his craft and always pushing the boundaries of what’s possible in 3D. If you’re into football, you’ve probably seen his work on the NFL Network as well as on various other shows.

Julia is an artist from whom I personally own an NFT. She is known for her hand-drawn digital artworks that have deeply impactful meanings behind each stroke.

Mixed with her gift of portraying art in poem form, her work displays a perfect combination of visual expansiveness and conciseness that makes you really think about what you’re looking at.

Chris Hurtt
Chris is another artist with a very versatile skill set. I first became a fan of Chris’s work when I saw his eight-bit Hip Hop series on Instagram. He’ll often take various hip-hop album covers or artist portraits and re-create them in that nostalgic Nintendo style we’ve all come to love.

He is also the lead motion designer at RCA records, so you can often see his visuals on big concert stages.

Ed Balloon
Ed is an artist I’ve only recently come in touch with, but I instantly fell in love with his style. I discovered Ed while he was hosting a Twitter Space, so I looked up his work and became an immediate fan of his mixture of music and stop-motion animation. In a world of NFT art that is mainly computer generated (CG), Ed’s work definitely stands out from the pack with its unique quality.

May is another artist I first met in Twitter Spaces. She is one of the early adopters of NFTs, but she was ahead of the game because she worked with her photography when everyone else was CG.

May helped lead the charge for photographers in the NFT space and is well respected among her peers. Her unique eye is portrayed by the excellent images she captures with her camera.

Ace is a CG artist I first met at the start of the pandemic. We bonded over playing video games online with other artists in our field and quickly became friends. I asked Ace to be a part of this exhibition because of his dedication to pushing himself as an artist.

Much like Beeple, he creates art every day and posts it online to hold himself accountable. He keeps pushing himself to become a better and more unique artist.

Bloo Woods
I’m really excited about having Bloo in this exhibition, as I feel he is one of those artists who should be talked about more in the NFT space. In addition to posting his CG art every day online, he’s done some amazing NFT collaborations with legends like hip-hop icon NAS and Marilyn Monroe’s estate.

Austin Willis
I recently became familiar with Austin’s work after Chris Hurtt suggested I take a look at his paintings. After I went through his body of work, I instantly knew he would be perfect for this exhibition. Austin is known in the physical art world but is also expanding his art into the digital NFT space. I’m always interested in seeing how traditional art fares in the digital world. 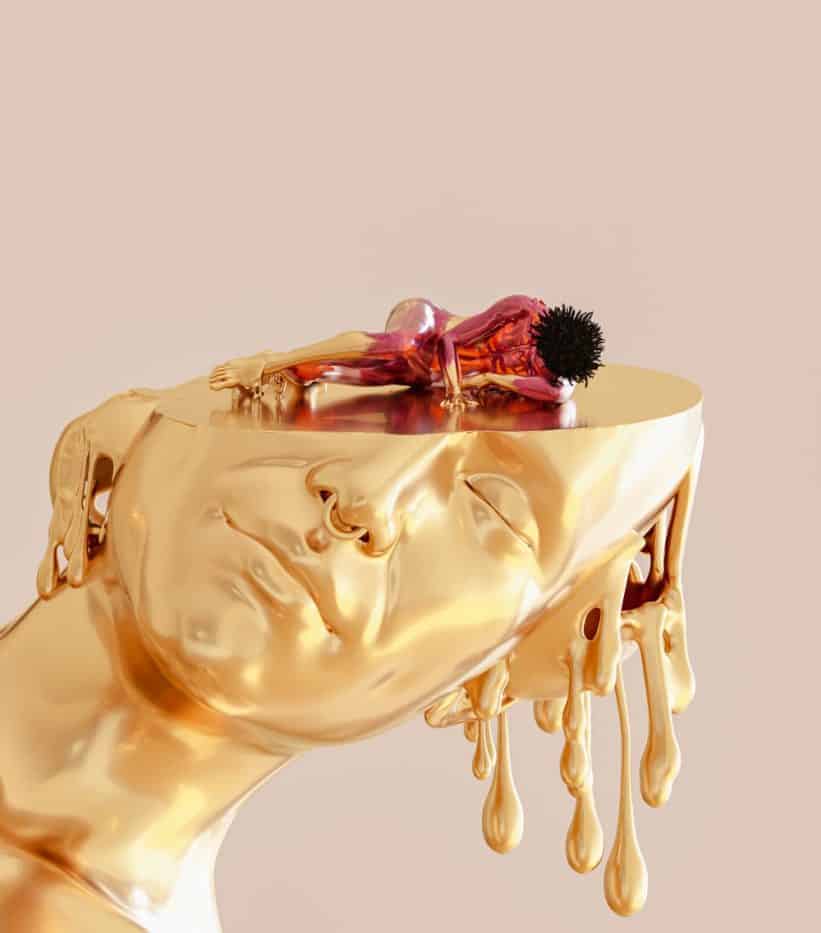 Explore More from 'The Conversation'
View All

Jonathan Winbush is a multi-award-winning motion graphics artist with more than 15 years of experience working in a wide array of mediums, from television and movies to virtual and augmented realities.

Winbush is also one of the first artists ever to sell NFTs in China, even selling out his series. His NFT work has been  collected by Beeple, 888, PaddyStash and MJData.

In the education space, Winbush creates weekly tutorials on YouTube as well as speaks at conferences around the world for shows such as Adobe Max, Siggraph and NAB. You can find more information about Winbush at JonathanWinbush.com.