H 28 in. W 22 in.
Lou Reed
By Gottfried Helnwein
Located in Vienna, AT
Helnwein is one of the most renowned yet also most controversial artists in the world. Recurring motifs in Helnwein's process of artistic creation are violence, pain, and injury. The...
Category

H 20 in. W 16 in. D 0.1 in.
Lou Reed, Milano, 2006
By Guido Harari
Located in New York, NY
11x16” Limited Edition of 50 Signed by the Photographer Next available edition printed upon purchase. Other sizes available. Please allow 4 weeks for production.
Category 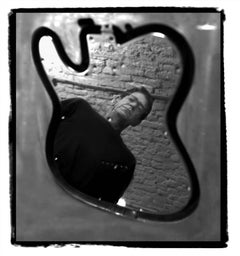 Lou Reed, New York
By Roxanne Lowit
Located in Vienna, AT
Roxanne Lowit’s portfolio is a tribute to the world of glamour and the creative elite. After over three decades of celebrity and backstage photography Roxanne Lowit has become a star...
Category 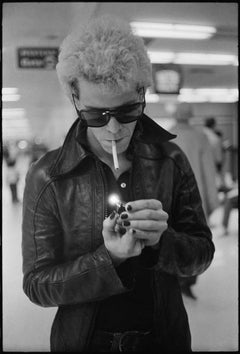 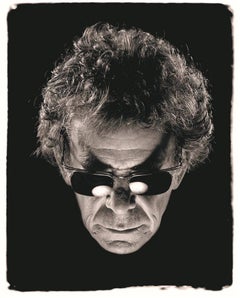 H 16 in. W 20 in.
Storme. Hanging With Lou Reed At A Chelsea Gallery.
By Mike Goldberg
Located in Santa Monica, CA
I have long found inspiration in the everyday. Intrigue and beauty in the nooks and crannies of ordinary life pulling stories out from overlooked places and the offbeat characters. T...
Category

H 20 in. W 24 in.
David Bowie, Iggy Pop and Lou Reed, London, 1972 - Mick Rock
By Mick Rock
Located in London, GB
Signed and numbered Printed on 20 x 24 inch paper Archive pigment print From a limited edition of 50 Often referred to as ‘the man who shot the seventies’, British-born Mick Rock is...
Category

H 36 in. W 28 in.
Lou Reed in Rome Vintage Original Photograph
By Luciano Viti
Located in Las Vegas, NV
This awesome color image features Lou Reed candid on stage while in Rome, 1983. Lou Reed was an American musician, singer, songwriter, and poet. He was the lead guitarist, singer an...
Category

H 8 in. W 10 in. D 1 in.
Lou Reed Playing Guitar Vintage Original Photograph
By David McGough
Located in Las Vegas, NV
This black and white portrait features American musician, singer, and songwriter. He was the lead guitarist, singer and principal songwriter for the rock band the Velvet Underground,...
Category

H 8 in. W 10 in.
Lou Reed in Sunglasses Vintage Original Photograph
By Elaine Bryant
Located in Las Vegas, NV
This black and white portrait features American musician, singer, and songwriter. He was the lead guitarist, singer and principal songwriter for the rock band the Velvet Underground,...
Category

H 10 in. W 8 in.
Lou Reed Strumming on Stage Vintage Original Photograph
By Simon Fowler
Located in Las Vegas, NV
This black and white portrait features American musician, singer, and songwriter. He was the lead guitarist, singer and principal songwriter for the rock band the Velvet Underground,...
Category

H 10 in. W 8 in.
Lou Reed Singing on Stage Vintage Original Photograph
By Ebet Roberts
Located in Las Vegas, NV
This black and white portrait features American musician, singer, and songwriter. He was the lead guitarist, singer and principal songwriter for the rock band the Velvet Underground,...
Category

H 8 in. W 10 in. D 1 in.
Lou Reed Sound Check in Empty Stadium Vintage Original Photograph
By Luciano Viti
Located in Las Vegas, NV
This awesome color image features Lou Reed performing a soundcheck to an empty stadium in Verona, 1983. Lou Reed was an American musician, singer, songwriter, and poet. He was the l...
Category

H 17 in. W 22 in.
Lou Reed and Ronnie Cutrone
By Andy Warhol
Located in New York, NY
Framed by Handmade Frames to archival standards. Image comes with Certificate of Authenticity from The Andy Foundation for the Visual Arts. Markings on verso: 1. Foundation rubber s...
Materials

H 8 in. W 10 in.
David Bowie, Iggy Pop, & Lou Reed, The Unholy Trinity, 1972 by Mick Rock 1972
By Mick Rock
Located in Los Angeles, CA
David Bowie, Iggy Pop and Lou Reed photographed at the Dorchester Hotel in London in 1972. Taken soon after the release of Bowies "The Rise and Fall of Ziggy Stardust and the Spiders...
Category

Lou Reed For Sale on 1stDibs

On 1stDibs, you can find the most appropriate lou reed for your needs in our varied inventory. Find Pop Art versions now, or shop for Pop Art creations for a more modern example of these cherished works. You’re likely to find the perfect lou reed among the distinctive items we have available, which includes versions made as long ago as the 20th Century as well as those made as recently as the 21st Century. When looking for the right lou reed for your space, you can search on 1stDibs by color — popular works were created in bold and neutral palettes with elements of black, gray and brown. Finding an appealing lou reed — no matter the origin — is easy, but Mick Rock, Stefanie Schneider, Andy Warhol, Guido Harari and Michael Zagaris each produced popular versions that are worth a look. These artworks were handmade with extraordinary care, with artists most often working in paper, archival pigment print and photographic paper. If space is limited, you can find a small lou reed measuring 1 high and 1 wide, while our inventory also includes works up to 48 across to better suit those in the market for a large lou reed.

How Much is a Lou Reed?

The price for an artwork of this kind can differ depending upon size, time period and other attributes — a lou reed in our inventory may begin at $152 and can go as high as $100,000, while the average can fetch as much as $1,300.