Albert Decaris was the best and most notorious French engraver of the 20th century, with a strange mix of classicism and audacity. Decaris created a major oeuvre of original engravings and etchings, both as individual plates and as illustrations for Livres d’artistes (art books). In the 1930s, Decaris began carving postal stamps, resulting in more than 500 such vignettes. At the same time, Decaris was preparing large plates, mostly for his pleasure, on a wide variety of subjects: careful (almost technical) representations of monuments and places of interest, scenes of history, real-life or imaginary; scenes of mythology or imagination, verging on surrealism and mere caricatures, with a sense of humor.

Le Paradis - Original Etching by Albert Decaris - Mid 20th century
By Albert Decaris
Located in Roma, IT
Le Paradis is a fine black and white burin, realized by Albert Decaris. This beautiful original print, representing the myth of Adam and Eve, is in very good condition, except for so...
Category 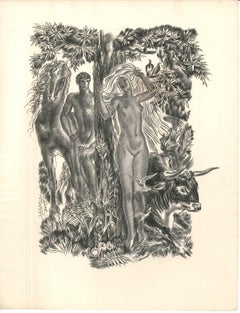 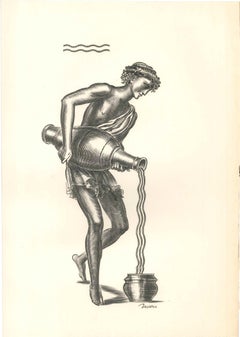 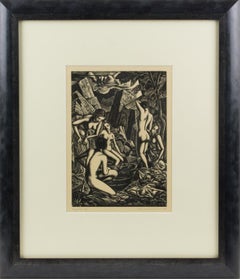 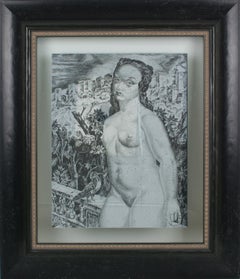