For an exhibition in 1956 at the Röhsska Museum in Gothenburg, Malmsten designed furniture that was intended for mass production — and his striking designs began to make their way into middle-class Swedish homes. Until then, he had built his pieces at the school he founded in the 1930s or had them made by artisans at several small local workshops.

H 47.64 in. W 33.86 in. D 20.08 in.
Swedish Modern Rectangular Stool in Solid Pine by Carl Malmsten, 1950s
By Carl Malmsten
Located in Odense, DK
An early work by Swedish Deisgner Carl Malmsten. A rare wooden brutalist stool with a great warm patina. Made in the early 50s. Signed underneath.
Category

Carl Malmsten High Back Chair in Walnut and Black Leather

Pair of "Spoon" Side Chairs by Carl Malmsten, Sweden, 1930s 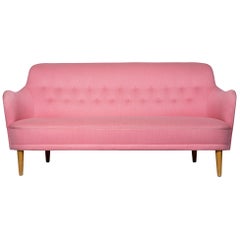 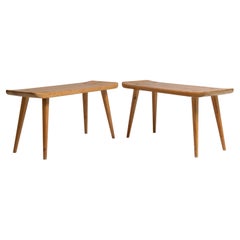 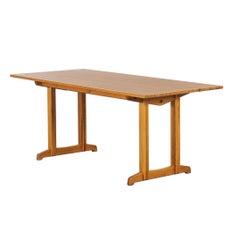 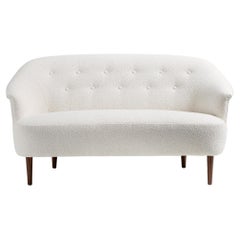 Carl Malmsten's furniture is available for sale on 1stDibs. These distinctive objects are often made of wood and designed with extraordinary care. In our collection of Carl Malmsten furniture there are many options to choose from, although brown editions of this piece are particularly popular. In-stock of these items we have 140 vintage editions, while there is also 0 modern edition to choose from. Many of the original furniture by Carl Malmsten was created in Scandinavian Modern style during the 20th century in Scandinavia. Many customers also consider furniture by Folke Ohlsson, Yngve Ekström and Norway Kompaniet (NK). The prices for Carl Malmsten furniture can vary depending on size, time period and other attributes. The price for these items starts at $NaN on 1stDibs and tops at $NaN, while pieces like these can sell for $NaN on average.