Watchmaker Constant Girard founded the Girard & Cie Firm in 1852, and after he married Marie Perregaux (part of a celebrated chronometer family), the Girard-Perregaux Manufacture was founded in La Chaux-de-Fonds in 1856. Like Bautte, Girard-Perregaux undertook all elements of the horological process in-house, a method that allowed the maison to produce watches that are recognized for their functional prowess as well as their decorative allure. Its timepieces often join form and function with designs that celebrate the mechanics of the watch. Girard was especially passionate about making the tourbillon into an aesthetic component of watchmaking as much as a functional element.

Find a collection of vintage and contemporary Girard-Perregaux watches on 1stDibs. 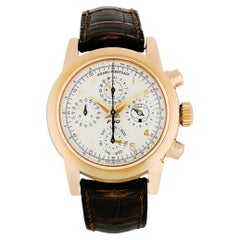 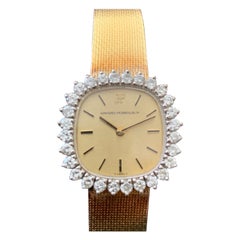 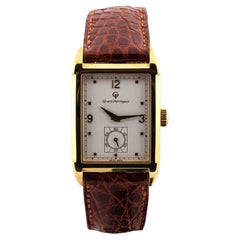 Find a range of Girard Perregaux watches & jewelry available on 1stDibs. These unique items were designed with extraordinary care, often using gold. While searching for the most stylish antique or vintage Girard Perregaux jewelry to pair with your ensemble, you’ll find that Girard Perregaux diamond jewelry & watches can add a particularly distinctive touch to your look, from our inventory of 2. This collection contains 24 pieces as well as a number of other designs by this jeweler. Diamant and crystal are among the most popular styles of Girard Perregaux watches and jewelry available on 1stDibs. While this collection reflects work that originated over various time periods, most of these items were designed during the 21st Century and Contemporary. If you are looking for additional options, many customers also consider jewelry & watches from Fendi, Bell & Ross and Zenith. Prices for Girard Perregaux watches and jewelry can vary depending upon gemstone, time period and other attributes. The price for these items starts at $1,000 and tops at $181,505, while pieces like these can sell for $7,275 on average.