James Koskinas was born in Terre Haute, Indiana in 1947. He is a painter, writer, actor and co-creator of the film, The Twilight Angel as well as a play, Even if The Mountains Burn. Currently, Koskinas lives, works, paints and writes in Santa Fe, New Mexico with his wife, Julie Schumer, also a painter. The figure is koskinas’s primary theme, part of his quest to know the human condition. He attempts to paint as automatically as possible which is intended to bring forth elements of his unconscious. He adds layers of paint until the original painting has been covered over many times, working at a rapid pace. He usually has more than one painting going at the same time. Influenced by Native American mythology, Koskinas sees the role of the artist as akin to that of a shaman, trusting his instincts and freeing the figure from the customary restraints that painting imposes. A chance meeting with a lost stallion on an Arizona highway set in motion Koskinas’s lifetime obsession with painting horses. Lately, he has added a rider to his horses. The riders have become self-portraits and a search for unity between the horse and man. 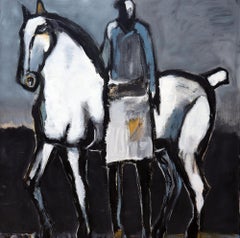 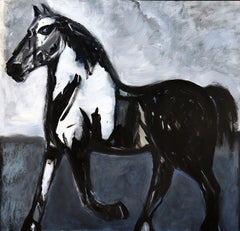 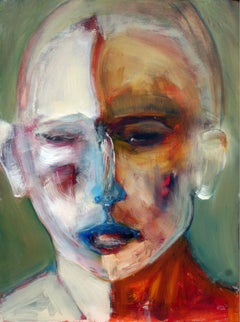 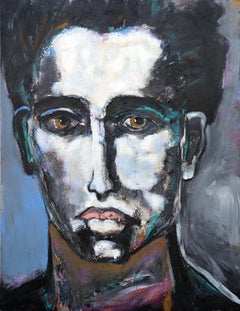 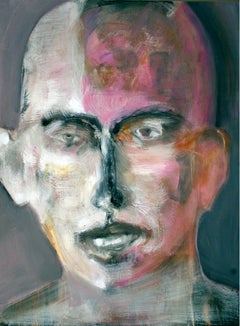 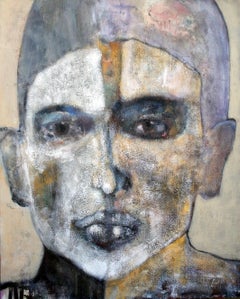 H 40 in. W 40 in. D 1.5 in.
Horse in Grey Field Vl
By James Koskinas
Located in East Hampton, NY
This large scale painting of a head hints at Picasso. Both technically accomplished and classically approached, the thick gestural brushstrokes add a fragmented & tactile character t...
Category