Lucio Pozzi is a multifaceted artist who has shown across the United States and Europe. After studying architecture in Rome, Pozzi immigrated to the United States in 1962 as a guest of Kissinger’s Harvard International Summer Seminar, and in 1983 received a National Endowment for the Arts Fellowship. He is known primarily as a painter, though he also uses video, performance, installation and writing as tools in his palette, creating works that focus on the present and conscientiously steers clear of dogma and art historical categories. He teaches and lectures extensively at Cooper Union, Yale Graduate Sculpture Program, Princeton University and Maryland Institute College of Art and, aside from teaching, is a prolific writer who has contributed to multiple journals and publications in the United States and Europe. Pozzi's work has been exhibited at the Museum of Modern Art; the DIA Center for the Arts; P. S.1 MOMA; the Venice Biennale, Italy; Documenta in Kassel; Kunsthalle Bielefeld and Badischer Kunstverein, Karlsruhe, Germany, among many other museums. His work is the collection of MoMA, New York; The Detroit Institute of Arts, Detroit; The Museum of Contemporary Art, Chicago; The Art Gallery of Ontario, Toronto; The Fogg Museum, Cambridge, MA; Count Panza di Biumo, Varese, Italy; Herbert and Dorothy Vogel, New York, among others. Pozzi lives and works in Italy and Hudson, New York. 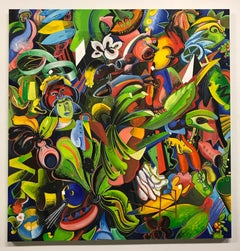 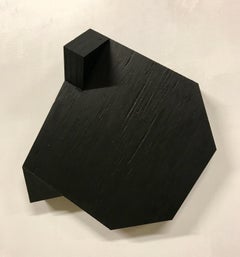 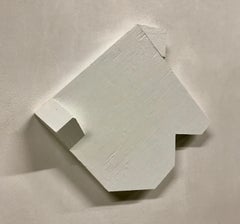 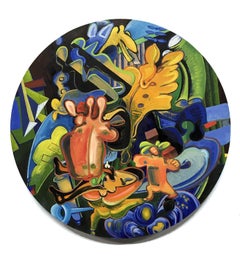 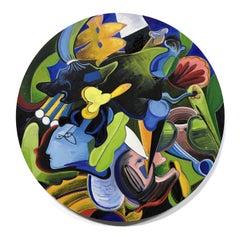 Lucio Pozzi
The King's Blind Elephant and the Universal Child, 2019

Lucio Pozzi
The King's Blind Elephant and the Universal Child, 2019