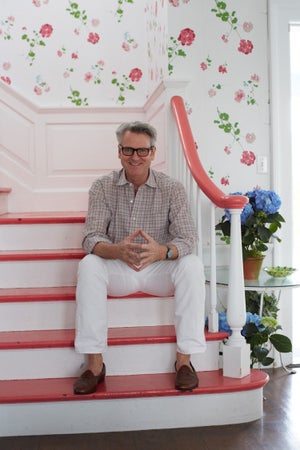 Tom Scheerer began his decorating career in the mid-1980s, after graduating from Cooper Union with a degree in architecture. He formed his own firm in 1995. His first book, Tom Scheerer Decorates (Vendome, 2013) has been reprinted three times, and his work is regularly featured in AD, Town & Country, House Beautiful, and Elle Decor. He is named annually to the AD100 list of top interior designers. He divides his time between New York, Paris, and the Bahamas. His second book Tom Scheerer: More Decorating (Vendome, 2019) will be released this coming September.