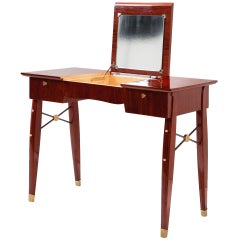 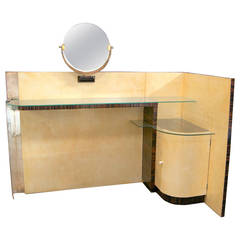 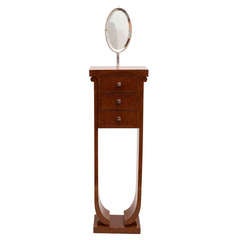 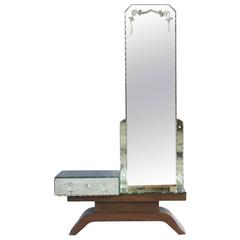 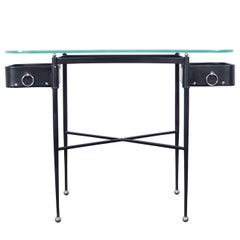 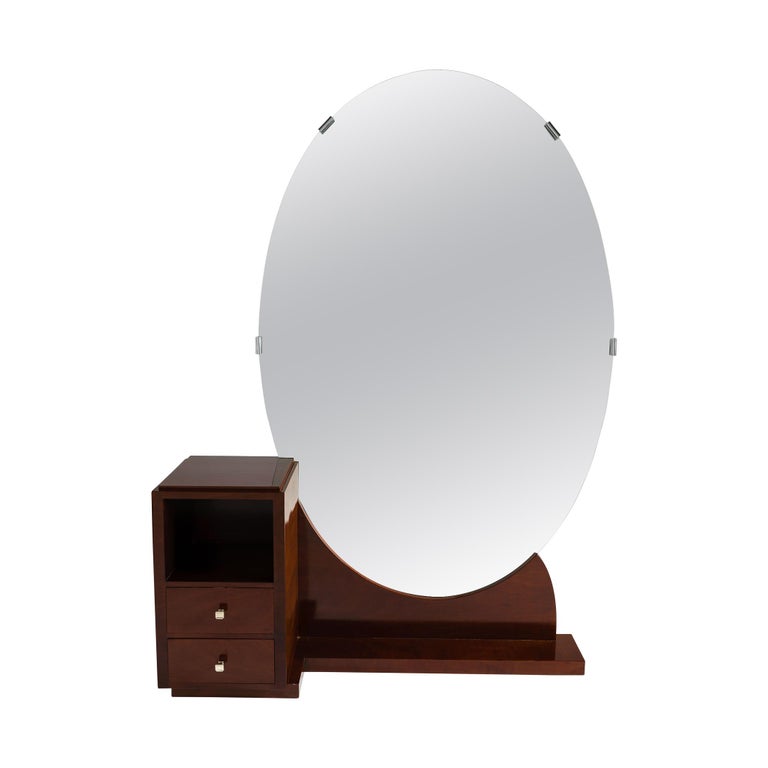 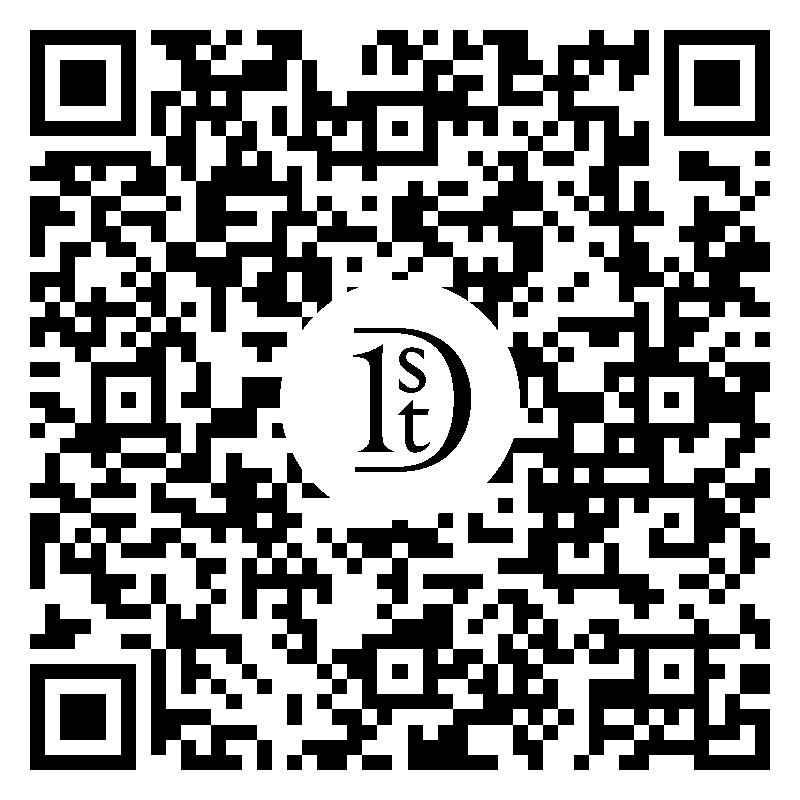 A fine and rare vanity with a pleasing asymmetrical form, ample storage, nickel-plated hardware and pulls, and a beautiful oval, rimless mirror. This piece was custom made for Vigneron.

As the furniture presented here shows, Leleu was a stickler for precision craft and preferred to let his materials do the talking — his furniture is generally spare and sleek; its presence is established by figuring (or patterning/graining) in the wood and the occasional marquetry medallion. He had a keen eye for currents in design, and an adaptable sensibility. Maison Leleu would embrace many of the starker forms of modernism after the 1940s, as well as new materials such as artificial lacquer and plastics (then considered cutting-edge rather than cheap). Jules Leleu is a guiding light of 20th-century modernism: a man whose work represents both a devotion to traditional handiwork and an appreciation for the next wave in design.