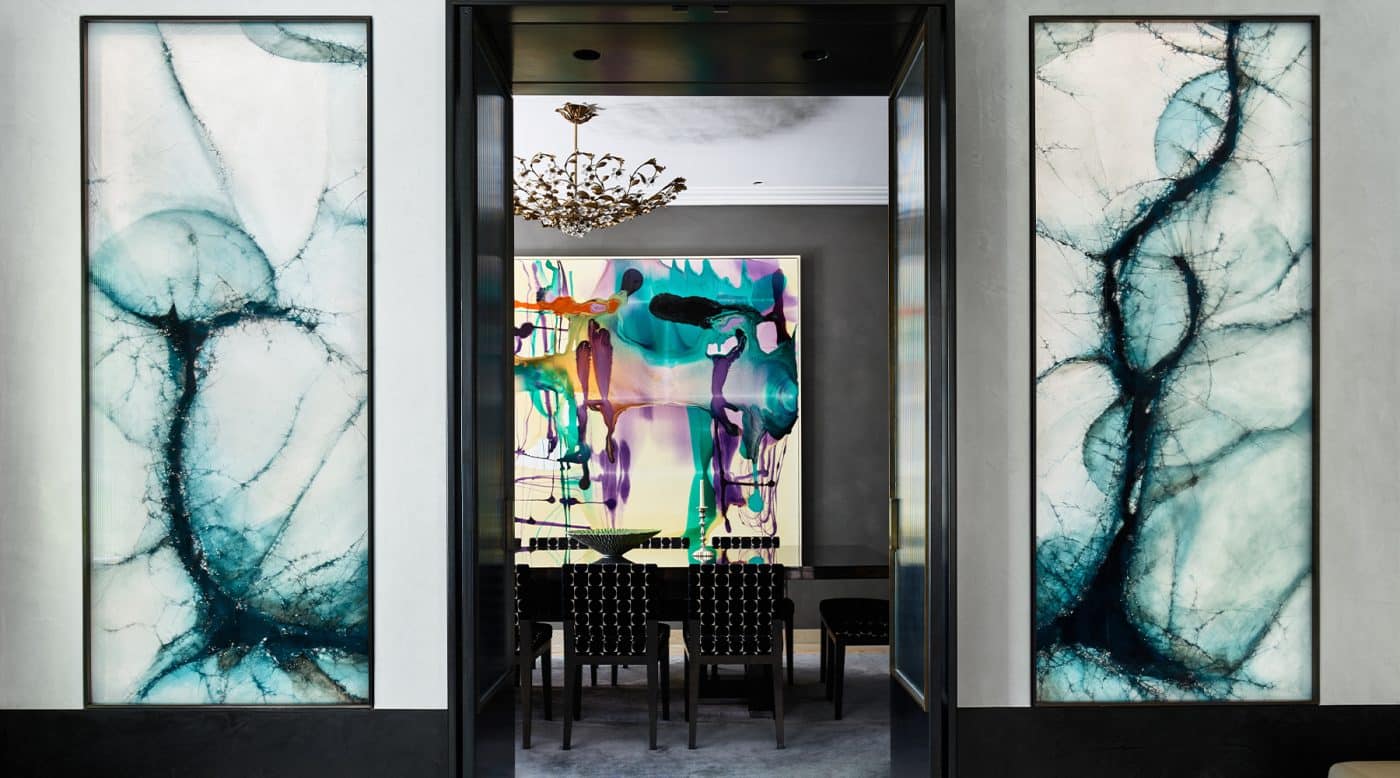 Audrey Carden re-enlivens a 19th-century house with dazzling elements that turn it into a veritable jewel box.

Cunietti, who was born in New York and raised in Canada, had a big residential project in Ireland, and she enlisted the Glasgow-born Carden to help. The collaboration went so well that the two designers decided to join forces permanently, creating the firm Carden Cunietti in 1996.

“Working solo can be quite lonely, without someone to bounce ideas off of,” Carden says. Soon after they merged their practices, Carden noticed that “the route from my apartment to Eleanora’s passes a busy corner in Notting Hill with a vacant space sandwiched between two pubs. With the naivete of youth, we decided to open a shop there.”

Also launched in 1996, the store gained a loyal following for its eclectic range of accessories. But after 11 years, Carden says, “our way of combining old and new had been hijacked by lots of other shops, and so we decided to retire from retail.” As interior designers, she adds, they are “still buying beautiful pieces, but for specific projects rather than just because they caught our eye.”

These days, the partners — who, for the most part, manage their projects separately — and their half dozen employees work out of an office in London’s leafy Queens Park neighborhood. Their clients have commissioned not just luxurious houses but also yachts, private planes, a clubhouse to accompany a private soccer field and even a personal nightclub.

Carden Cunietti is also renovating two London houses for clients who are squeezing gyms, saunas and private movie theaters into newly excavated basements. Those have become “mammoth engineering projects,” says Carden. (It helps that she knows a lot about construction. As a history major at Glasgow University, she studied the rebuilding of London after the fire of 1666.)

Renovating another London home was a far less Herculean task. With their two daughters grown, the husband-and-wife clients had decided to move from a five-story house to a much smaller mid-19th-century villa a few blocks away in Westminster. Ensconced in a lush garden, the home is bright and inviting on the outside, but inside, all the period details had been removed by previous owners. Carden, the lead designer on the project, wanted to “bring the house back to life,” not with a faithful restoration but by adding enough dazzling elements to make it something of a jewel box.

“Because they had done several houses before, the clients knew what things they needed,” Carden says. When it came to aesthetics, however, “they were quite happy to let us lead.” What did she and her team come up with? Carden takes us on a tour.

“The clients like to entertain a lot, so the foyer isn’t just a foyer, it’s another party space,” Carden says. “Everything is quite shiny, and when you’re in the room, you get a good bit of reflection.” The walls are polished plaster.

Carden designed the floor of white and black marble (Carrara and Nero Marquina) laid in a pattern matching that of the ceiling’s plaster paneling. If you hardly notice the ceiling, blame it on the giant green glass chandelier. It isn’t typical Murano, Carden says, pointing to the lack of symmetry: There’s more “growing” on one side than on the other, kind of like a vine taking over a garden.

Below the chandelier, a 1940s French table displays a small part of the owners’ glass collection. But perhaps the room’s most dramatic features are its large glass panels, by the Cypriot artist Yorgos Papadopoulos. The clients, who had the pieces in their previous home, “loved them and wanted me to find a place for them,” says Carden, who used them to separate the foyer from the dining room.

After what Carden calls “the drama of the foyer,” the living room seems quite sedate. “It’s very peaceful, and you’re so close to the garden, and it always feels light even on a gray London day.”

The wood of the unusually high baseboard contrasts with the white plaster above. The travertine-and-brass fireplace surround was designed by Carden and made by Ryan and Smith. Two blue Minotti armchairs are new; the clean-lined sofas came from the couple’s last house; and the glass bottles on the coffee table are by Venini. 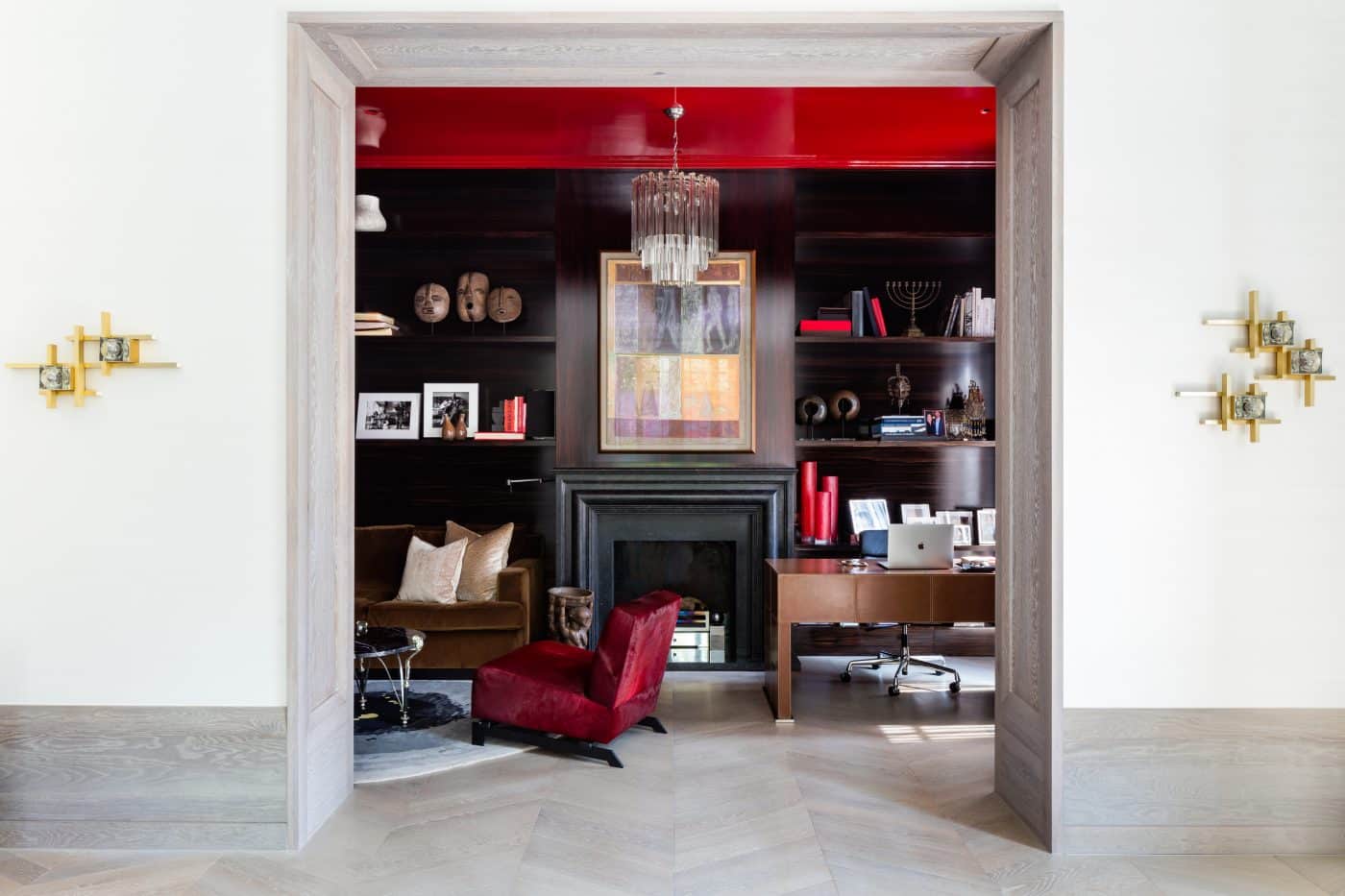 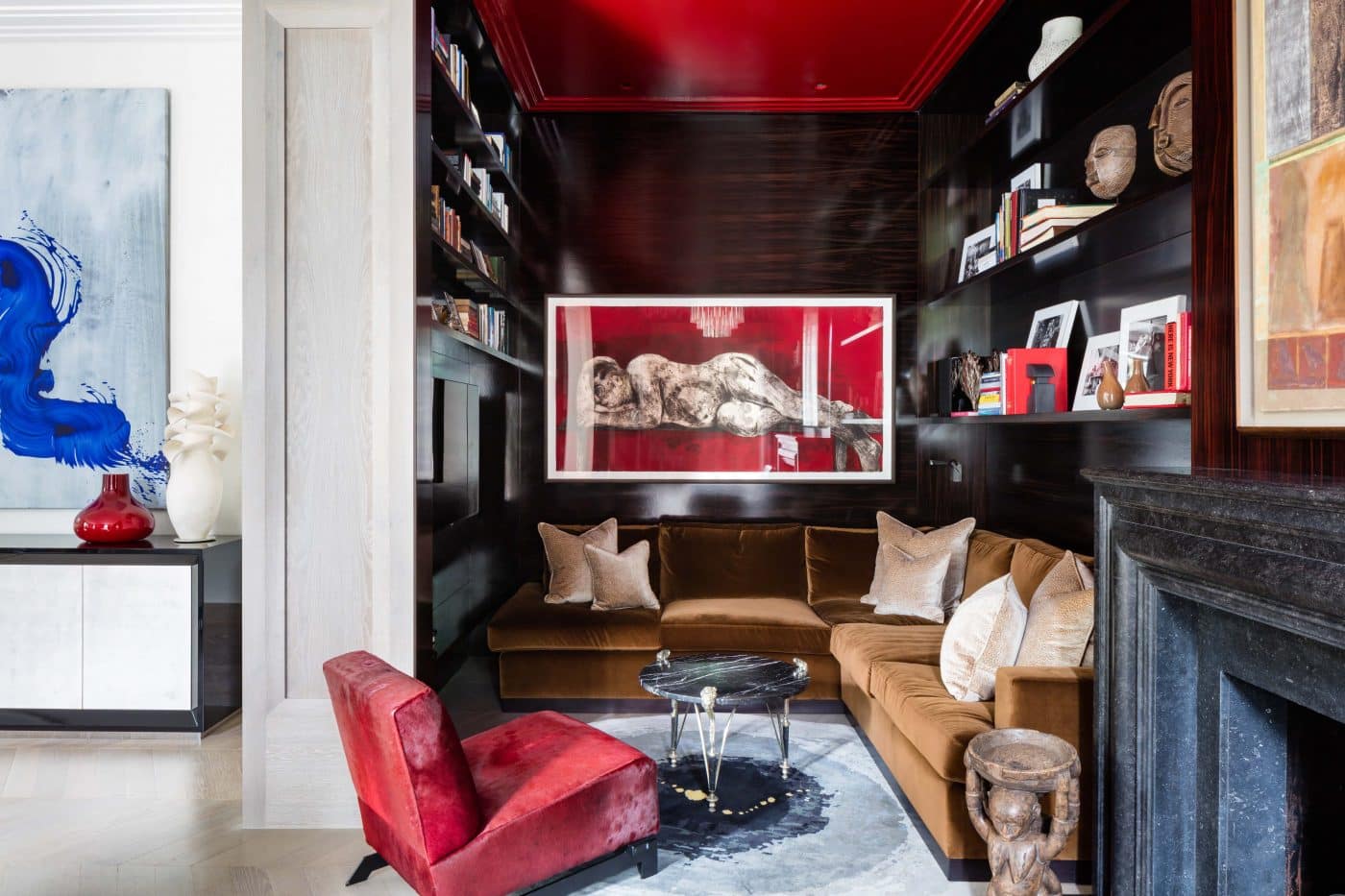 “I really wanted to do a red lacquer ceiling, and the husband wasn’t sure,” says Carden. “I said, ‘Trust me. When you see the red painting below the red ceiling you’re going to love it.’ And he did.”

It’s lucky he did, because lacquering the ceiling required about 10 coats. The painting it matches, depicting a reclining figure on a red ground, is by WILLIAM KENTRIDGE. The walls are macassar ebony, and the bespoke rug is by Bruno Moinard. The custom, velvet-covered sofa turns a corner, allowing those sitting on it to watch the TV .

Custom shelving units display items the couple has amassed in decades of traveling. “Those things tell the story of their life,” says Carden. “At the end of the day I want it to be their house.”

“It’s quite a long room with a lot of hard surfaces,” Carden says of the wife’s retreat. “And we wanted to soundproof it a bit.” The designer accomplished that by upholstering the tops of the walls in light blue linen (the bottoms are blue-dyed wood veneer).

The frames holding the linen in place, like all the hardware in the room, are bronze. To make the room cozy, Carden avoided overhead lights in favor of Venini globes on what she calls “light poles.” TV watching happens on a sofa brought from the couple’s previous home and recovered in a Dedar fabric. The rug is by Bruno Moinard; the wall light is by Bert Frank. 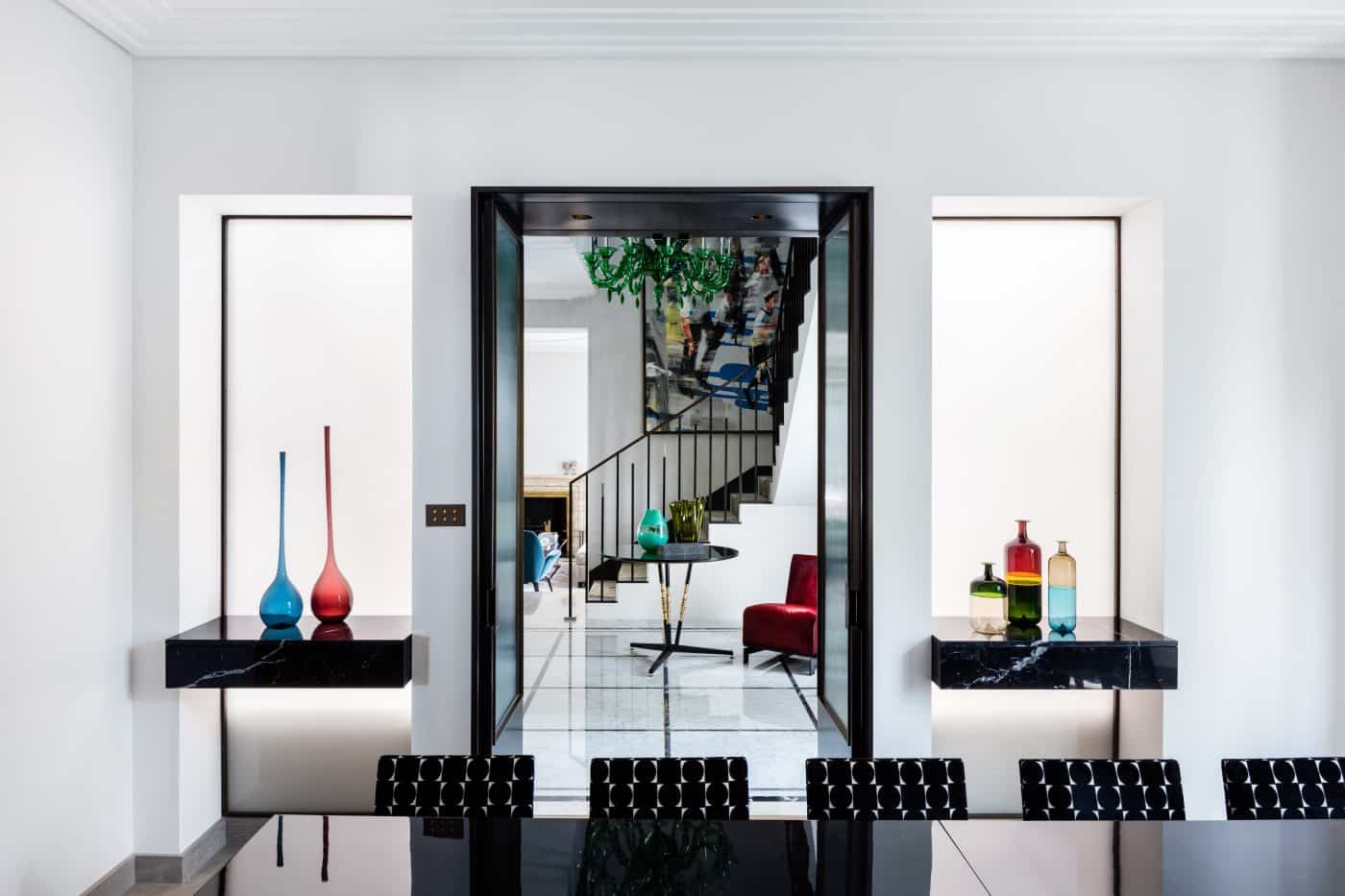 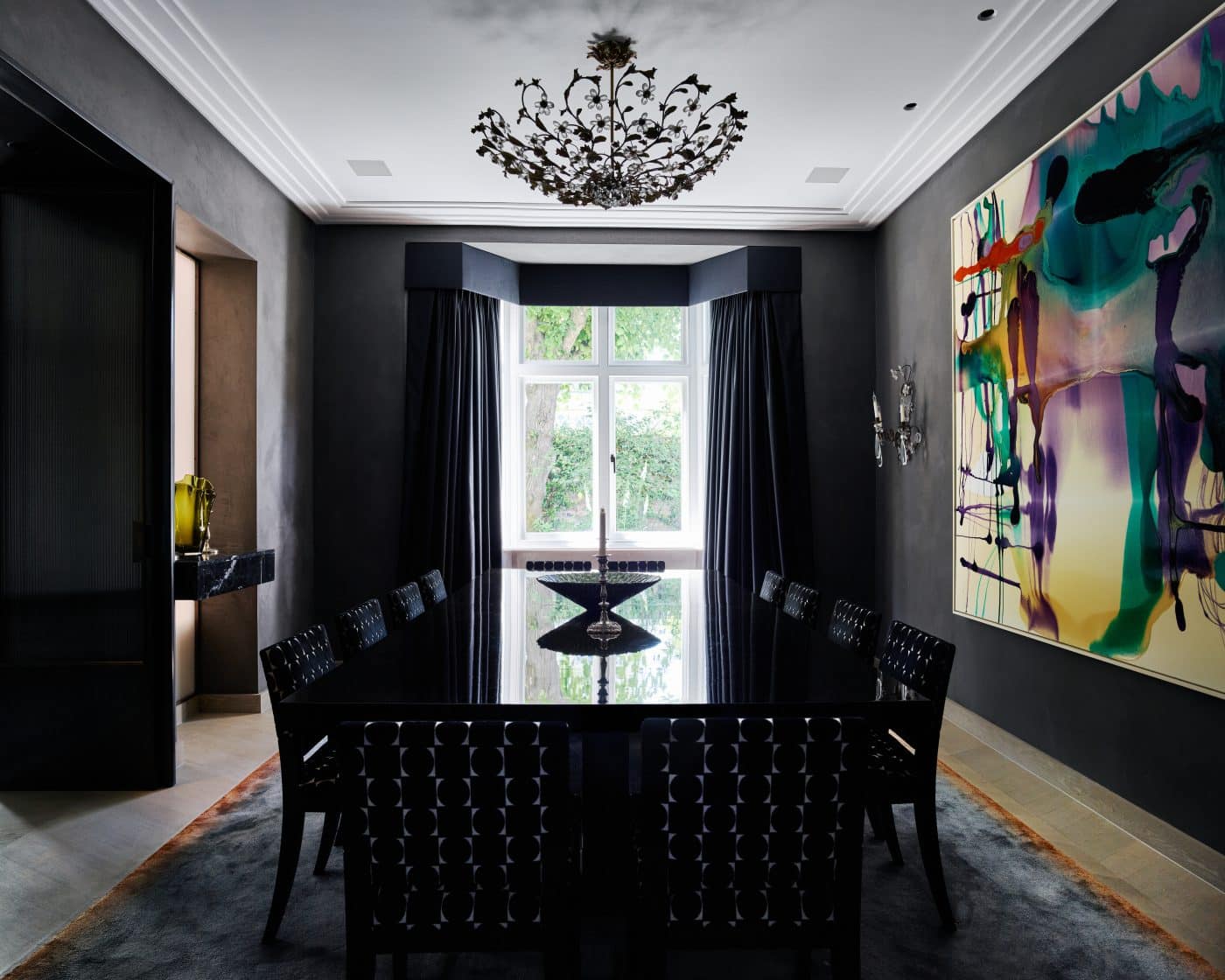 Carden designed the ground floor to flow smoothly, even when it’s crowded. She thickened the walls to allow the house’s bronze-and-fluted-glass doors to nest in perfectly proportioned openings. As a result, she says, “you have these lovely big spaces with nothing interrupting.” Carden painted the walls of the dining room dark gray, which, she says, the clients think is sexy. The dining table is by British furniture maker Davidson. The fabric on the JNL chairs is from the French maker Métaphores, and the large artwork is by Dale Frank.

“The client loves to cook, so she wanted a kitchen that was practical — but also sociable,” says Carden. “We created a breakfast nook so that there was a place for people to sit and hang out.”

The banquette is covered in a Perennials fabric (“We often use outdoor fabric in high traffic areas as it performs so well,” says Carden). Cabinets are from Boffi. Bronze shelves surround a bronze portal in which the custom bronze-and-glass doors nestle.

“We wanted to keep the couple’s bedroom very calm,” says Carden. So, everything in the room is quite neutral — except the headboard of emerald green velvet.

The Murano uplight and other vintage pieces, including a couple of 1950s Gio Ponti chairs, lend the space a soft and romantic feel. A TV rises out of the bronze-trimmed cabinet at the foot of the bed. The bedside lamps are Porto Romano.

“The clients asked for a bathroom that would remind them of staying in a great hotel,” says Carden. “It took a lot of work to get the black and white marble right, with all the bookmatched pieces.”

She explains the procedure: “When we picked the slabs we liked at the marble yard, we took pictures of them. We’d decide which way we wanted the veining to run, and then we’d photoshop the pictures of the stone onto elevations of the bathroom walls, so the marble fabricators would know exactly what to do. The marble is too expensive to leave anything to chance.”

The makeup table and mirror are custom. The fabric on the stool is by C&C Milano. The light fittings are antiques, while the cabinet handles and drawer pulls are by Joseph Giles.

“Our brief was to make a space that was comfortable to study in but also a bit glamorous,” says Carden of the elder daughter’s room. The sliding mirror on the desk (part of a wall of custom built-ins) “works well for makeup and hair but also hides the more practical things stored on the shelves.”

The wardrobes feature a “clasp” handle like that of a 1950s purse. The chandelier is a family heirloom, the sconce is antique, and the bedside tables are from Chelsea Textiles. 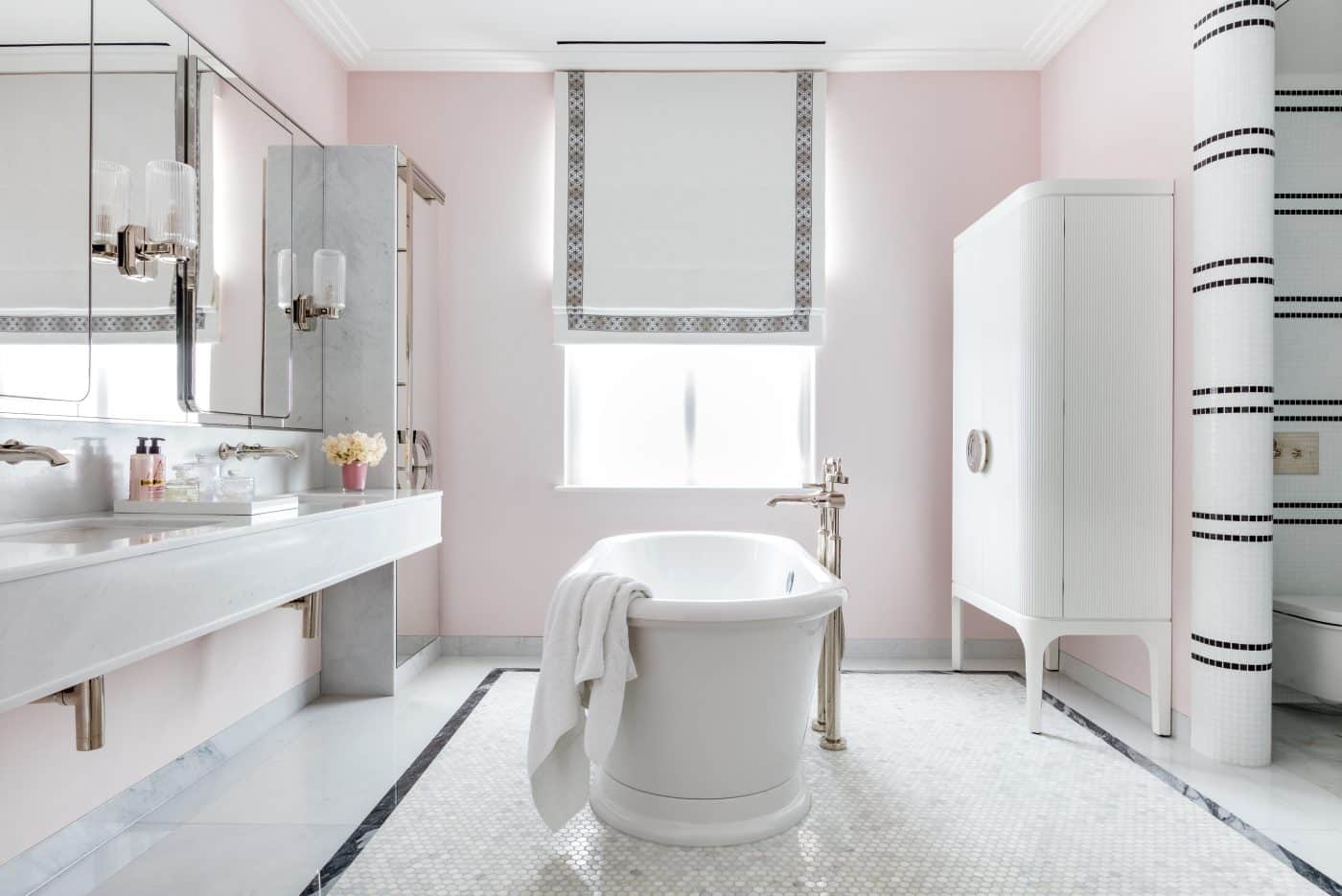 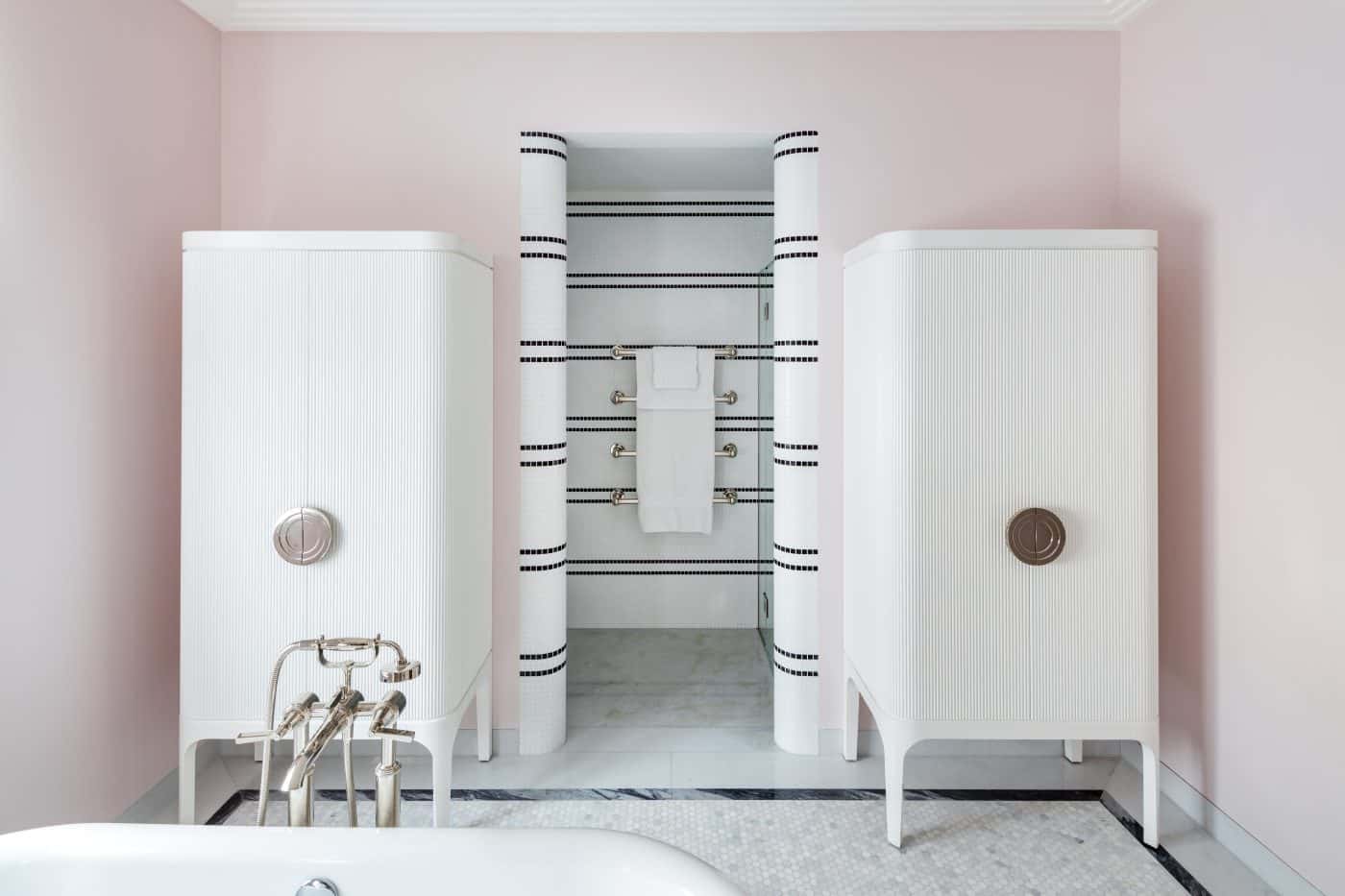 The clients’ daughters “are beautiful women, and we wanted a fun bathroom where they could get ready for nights on the town,” says Carden. She achieved this by combining Art Deco motifs with all-over color and Carrara marble. The cabinetry is custom, and the sconces are by Martin Brudnizki.

In the end, Carden says, the house took about 4 months to design and 14 months to build. “There’s a lot of detail work,” she says. “It’s not like a country house where you just live with what you find.” 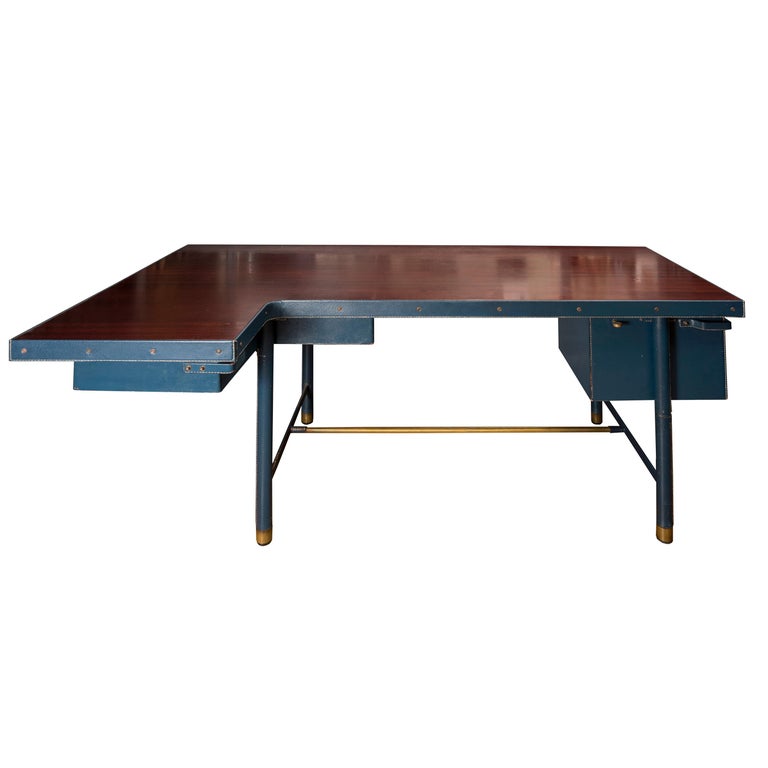 “Jacques Adnet is one of my all-time favorites,” says Carden. “And what’s not to love about this desk, from the combination of the cool blue and warm red to the brass detail and stitching?” 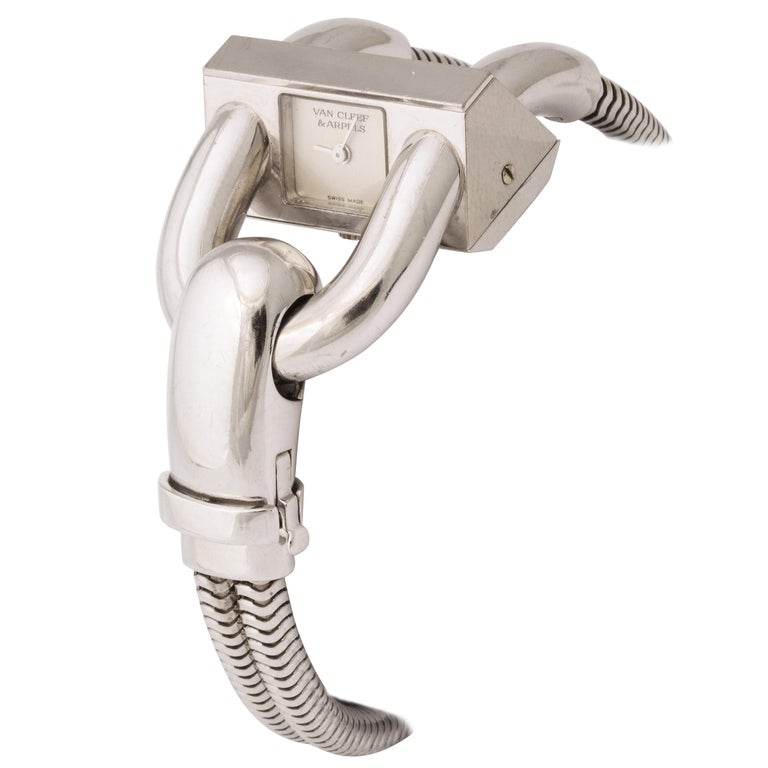 “This is my dream watch,” says Cunietti. “I collect watches but don’t wear them often. Go figure.” 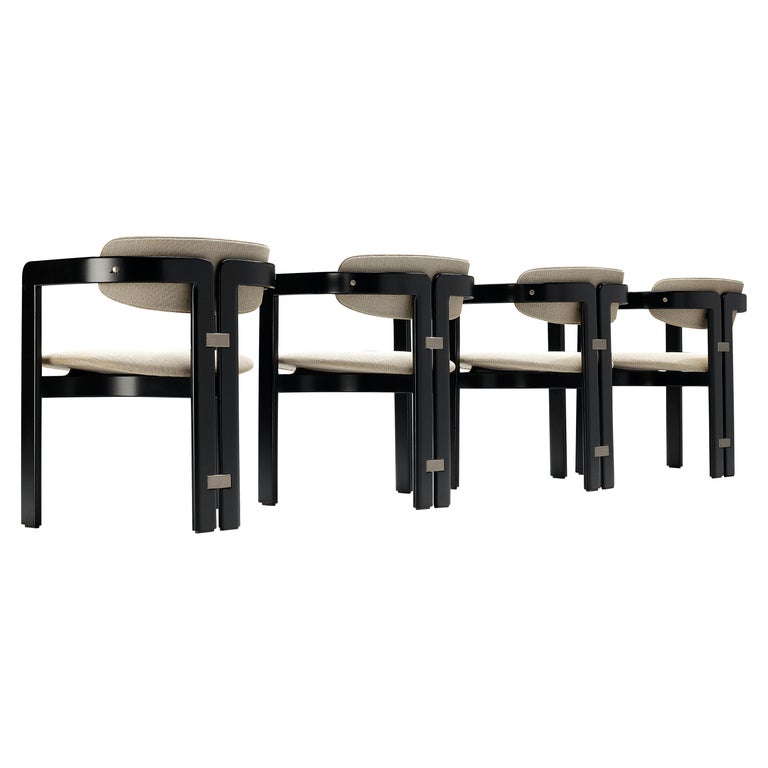 “These dining chairs are often copied, but that doesn’t make them any less sexy,” notes Carden. “They look so great from the back and can take a strong color on the upholstery if needed.” 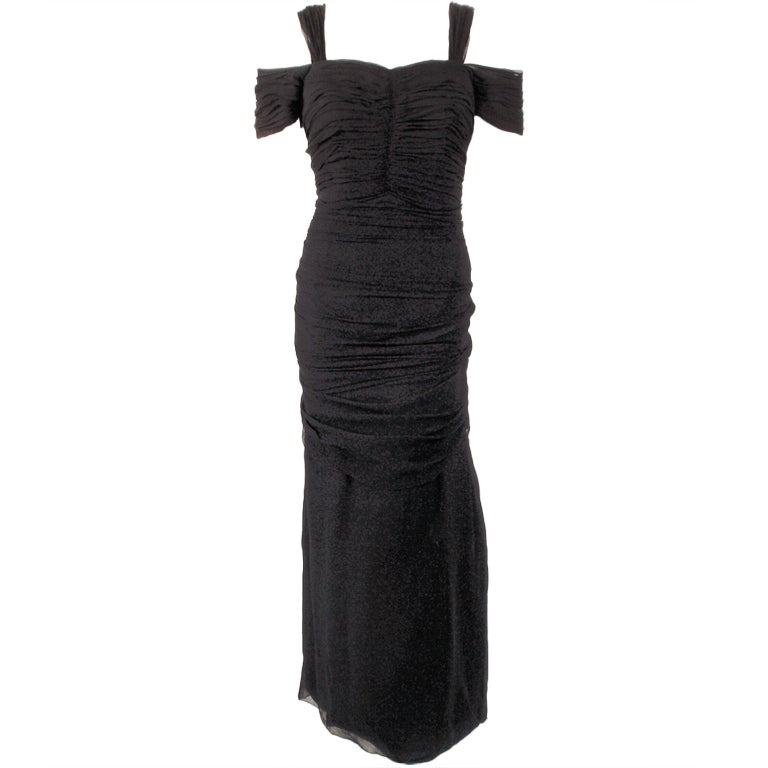 “This dress is by my grandmother, who was a couturier in Rome and New York City,” says Cunietti, “I’m always looking for pieces to add to my little collection of her work.” 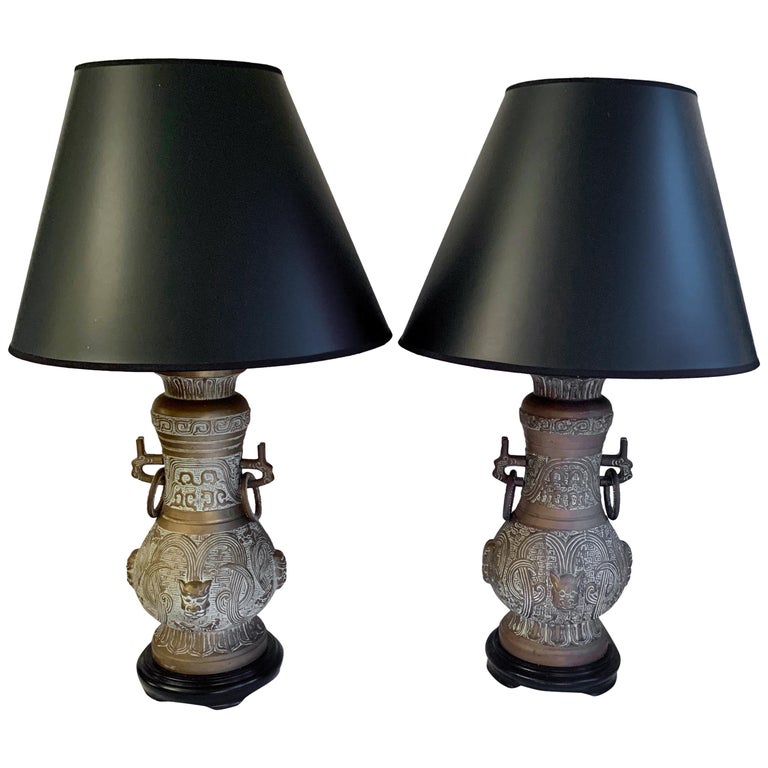 “I love James Mont’s furniture and lighting — it’s super Hollywood glam,” enthuses Carden. “These lamps are of a great scale and could be used in a cool beach house in Malibu or in a dark sexy bedroom in London.” 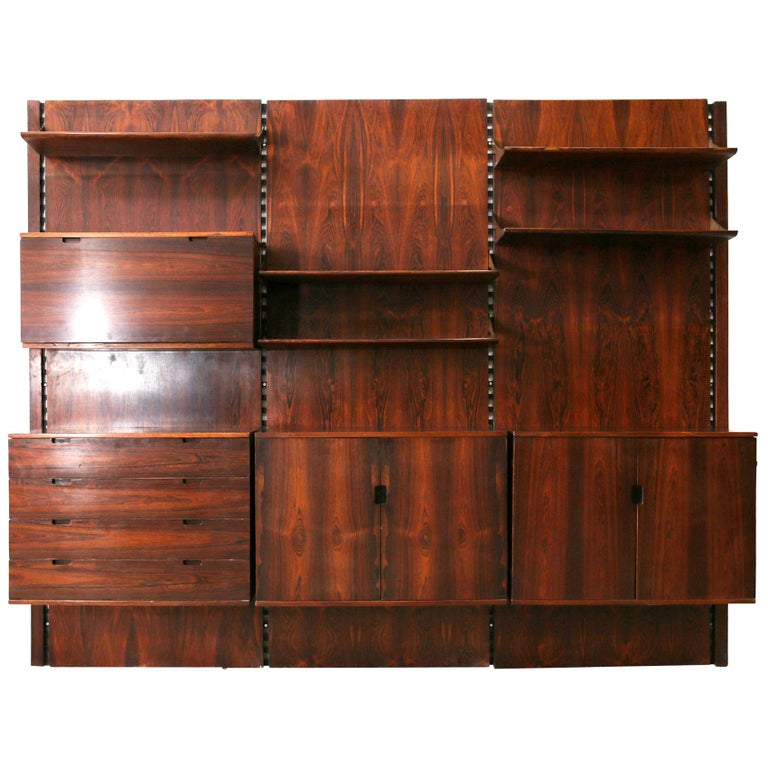 “While trawling for split-reed Crespi pieces for a Caribbean project we have been working on, I found this beauty of a design,” says Cunietti. “Look at those brackets. This would make work from home way more sophisticated!” 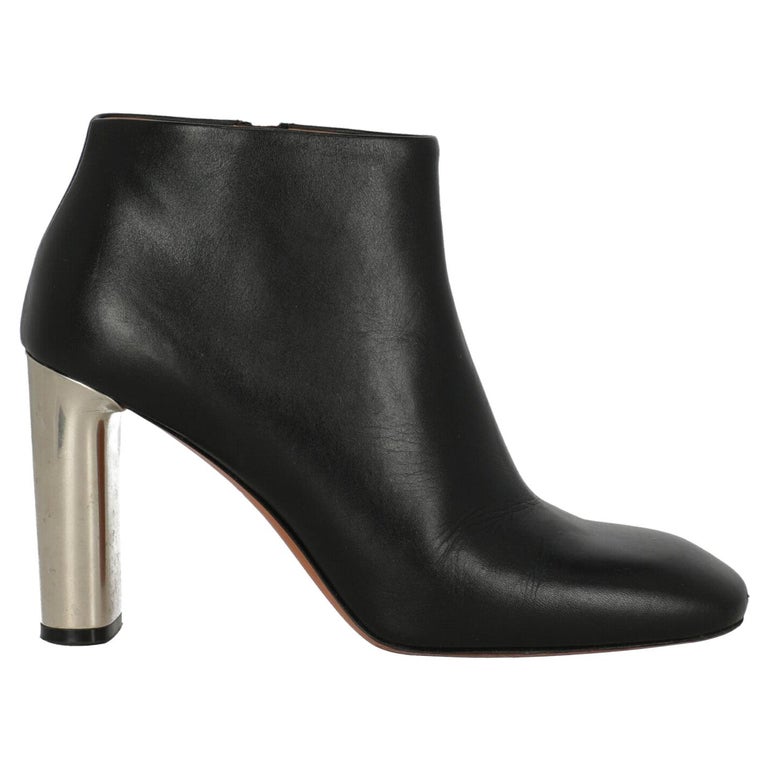 “This is one of my favorite boots of all time,” says Carden. “I love its aesthetic, and it’s comfortable too!” 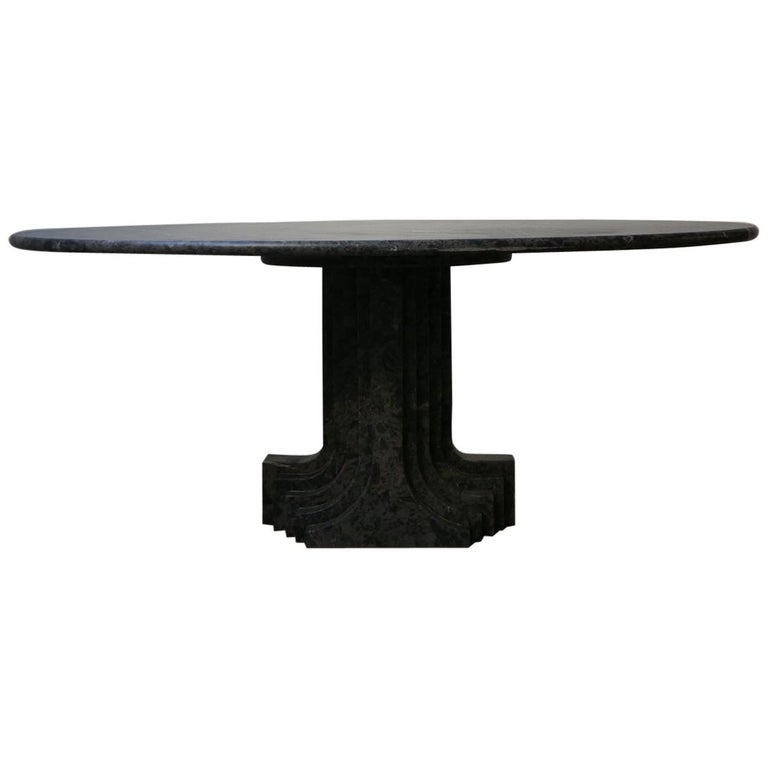 “I love the special gray stone of this classic piece by Carlo Scarpa,” Cunietti says.