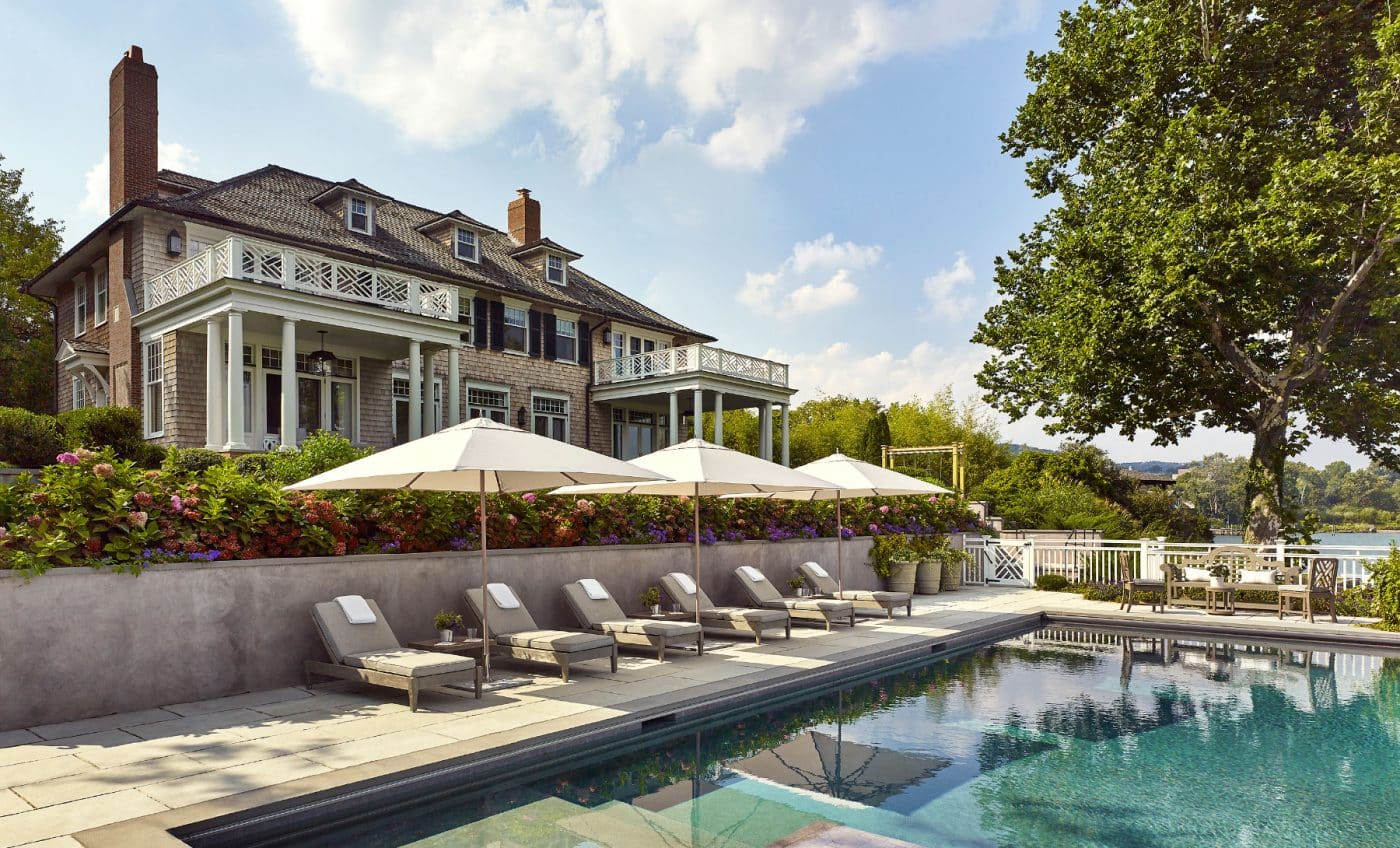 In Nyack, New York — not even an hour’s drive from Manhattan — the interior designer created a home that makes its owners feel as if they’d been transported to a faraway resort.

June 12, 2022It takes Glenn Gissler almost two hours to drive from his apartment in Brooklyn Heights to his weekend house in northwestern Connecticut. So, he might envy his clients — an investment banker, his wife and their young daughter — who live in a Lower Manhattan loft. Getting to their weekend house, in Nyack, New York, takes all of 45 minutes. And that includes crossing the Hudson River, which the city apartment and the country house overlook from opposite sides.

Nine years ago, when they bought the Manhattan apartment, the couple hired Gissler to design its interiors, a job that included helping them assemble a collection of Abstract Expressionist art. Then, three years ago, when they started looking for a weekend house, they turned to Gissler for advice. After a few false starts, the couple found a newly constructed Colonial Revival/shingle-style home that fronts the river at its widest point. Architect David Neff had given the 5,200-square-foot home traditional details while keeping the interiors open and light.

“The rooms are well proportioned, not too grandiose,” Gissler says. And the setting couldn’t be better. The house, he says, is set high enough to offer spectacular Hudson River views and low enough to feel close to the water.

The couple bought it, and Gissler proceeded to outfit the interiors with a smart mix of new and old furniture, much of it European. “The house is very much American, but it’s not Americana,” says the designer, who studied architecture and fine arts at the Rhode Island School of Design, then worked for an architect (Rafael Viñoly) and an interior designer (Juan Montoya) before founding his own practice, in 1987.

Here, Gissler leads Introspective on a tour of the house, on which he collaborated with his senior designer, Craig Strulovitz, also a RISD graduate.

“We wanted to create a place to pause before you enter the rest of the house, which is wide open to the river,” Gissler says. He did that by lavishing as much attention on the foyer as on any other part of the house.

A pair of eye-catching 1940s Johan Tapp Chinese Chippendale–style chairs echo the mullions in the transom window and the handrail surrounding the double-height space.

The designers painted the hallway from the foyer to the kitchen a very deep blue. Dark surfaces tend to recede, they note, which makes the narrow space feel wider than it is. The inky walls are covered with vintage celestial prints, differentiating the hallway from the otherwise very terrestrial setting.

Gissler gave the light-filled downstairs rooms a palette of “blue and its cousin on the color wheel, green,” in homage to the lawns and river outside the French doors. Blocks of saturated color are contrasted with softer, “chalkier” tones. The armchairs have both — solid blue backs, which match the room’s draperies, and a paisley-esque pattern in front. (The bronze side table between the armchairs is by Hervè Van der Straeten.)

The Gissler-designed rug, in a kind of chain-link pattern, strikes a tone of carefully considered informality. So does the Arctic Pear chandelier, named for the shape of its clear glass drops, which presides over the room. It hangs above a custom linen-wrapped coffee table flanked by end tables combining classical motifs with a contemporary slimness. These are topped with vintage crackle-glazed, fluted-column lamps.

“The house is so close to New York City, we wanted to make sure you felt like you’d been transported to a resort far away,” Strulovitz says, explaining the choice of furniture with streamlined silhouettes and textiles in sun-bleached hues.

“I like to use furniture in a way that invites you into the room,” adds Gissler. At one end of the living room, he placed a daybed rather than a sofa with a back, so that the fireplace wouldn’t be blocked. “It’s good for there to be places for the eye to rest,” he explains. The painting over the mantel is Richard Pousette-Dart’s 1969–70 Untitled (Radiance). “Art is the most important thing in any interior,” Gissler says, noting that the Pousette-Dart’s surface is “luminous and rich and deep and thrilling.”

Dominating the other end of the living room is The Studio, a 1952 work by Yvonne Thomas, a female Abstract Expressionist who is gaining attention posthumously. It was one of the first paintings the couple bought, Gissler says, and “it gave us direction for the surrounding palette,” particularly the gray blues they used throughout the room.

Below the picture is a casual seating area including an armless sofa. The wooden chairs and coffee table are French; Gissler likes the shape of their legs, which he describes as at ease rather than at attention. He also likes the fact that the pieces’ ages are hard to pin down — which are vintage and which newly made?

The curved backs of the chairs here form a kind of wave, notes Gissler, who avoids putting seats at the ends of dining tables because, he says, “they become a kind of barrier, like a fence around the table.” He also chose to hang three identical fixtures overhead since that “feels more animated than one big piecce hanging in the middle.”

Still, the star of the room is the 1940s oak sideboard made by Charles Dudouyt, bought from FCK Paris New York. “I like his furniture because it’s robust,” Gissler says. “It has the heft you might associate with American Arts and Crafts.” Adds Strulovitz, “We liked how graphic and bold the pattern on the door was. It has a nice patina but clean graphic lines.”

The painting over the sideboard is Hale Woodruff’s Landscape No. 2 (1966). Above the fireplace is Frank Bowling‘s Winged Creature (2014). Gissler likes the contrast between comforting furniture and challenging art, which he explores throughout the house.

The richly paneled library doesn’t try to complement the brightness of outdoors; there are blues, but they’re grayish, in keeping with the room’s subdued mien. Here, Gissler hung a Griffith six-armed bronze-and-glass light fixture from Arteriors over a vintage coffee table. The black-lacquer Wiener Werkstätte end table is Adolf Loos’s 10 Columns, made in Austria around 1900. The painting over the mantel is Bradley Walker Tomlin’s Number 19 (1952–53).

Architect Neff had completed the kitchen before Gissler arrived on the scene. But he added a few things to make it extra special. Chief among them was a small untitled 1960 Franz Kline painting, cradled by an easel, on the counter. Not dishwasher safe.

Describing another move, Strulovitz says, “Because it was essentially a big white kitchen, we tried to soften it, adding the stools and the Roman shades in a light, summer palette.”

“There’s a classical look to all the rooms in the house,” Gissler says, pointing to “a fair amount of symmetry, which helps to create calm.”

The most soothing room of all may be the spacious main bedroom, where pieces with gentle shapes are covered in low-contrast fabrics. The lamps, though, are attention getting, made from rock-crystal nuggets held together with chicken wire. The Gustavian chests are from Scandinavian Antiques, the Supra Bubble chandelier from Pelle Lighting.

Playing off the rug’s suggestion of rippling water and the glistening of the chandelier and lamps, the Lewis Mittman sofa sets a quiet, comforting tone.

The wife asked for a bathroom that felt feminine. Gissler came up with a fantasy boudoir, with a marble mosaic floor and a chandelier designed by the great Carlo Scarpa for Venini in the 1960s (from Kerson Gallery). Beneath the chandelier is a Gustavian-inspired console. “It has a little bit of distressing and age to it,” says Gissler, noting that while using only built-in furniture can make a space seem institutional, “the console and the slipper chair make it look like a real room.”

In a large house, a consistent palette helps to create a unified design. Here, the three guest rooms pick up on the color and material choices that begin at the front door: a little blue, a little green, a little rich, dark wood.

The two works over the bed are part of minimalist artist Jo Baer’s Cardinations (1974), a series of screen prints on handmade paper that encircle the room. The wing chair is from Century Furniture, while Gissler designed the upholstered headboard himself, giving it a colonial silhouette. “I wouldn’t call the room relaxed, because it’s very tailored,” he says. “But the cotton bedcovers and the flat-weave rug keep it informal.”

After the clients moved in, Gissler, Strulovitz and landscape designer Billie Cohen masterminded a plan to create enough level ground for a pool, which meant carving away some of the hillside. Giving it an infinity edge made what was already a major engineering project even more challenging. But for some clients, nothing short of infinity will do. 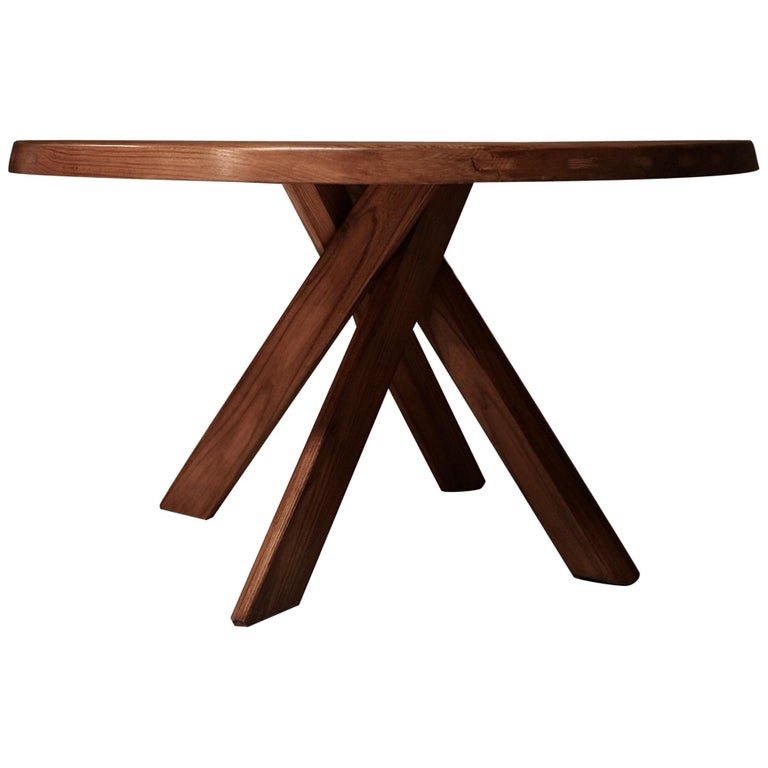 “The blunt sculptural forms of Chapo’s furniture are simultaneously bold and quiet.” 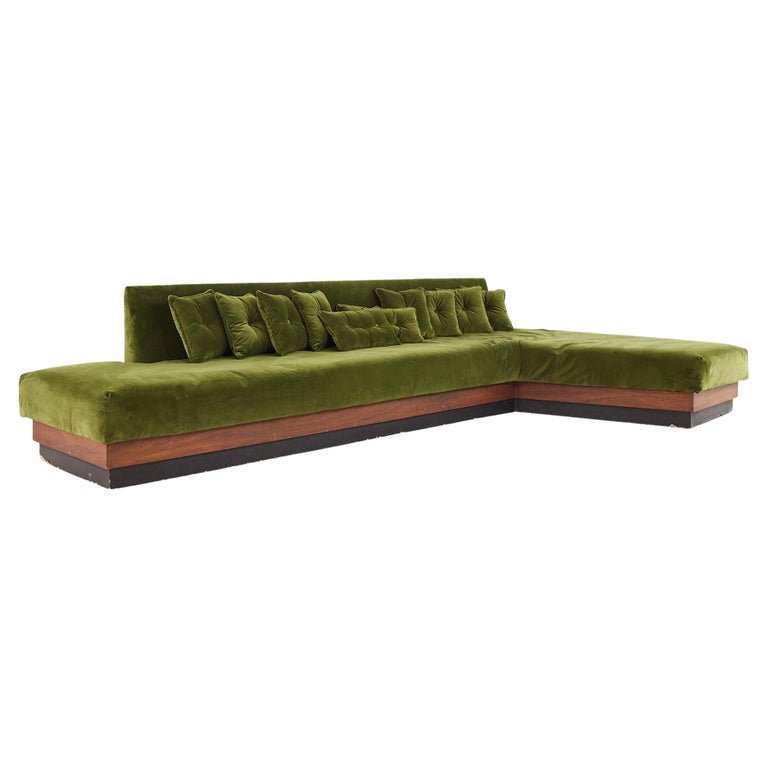 “Chicer than chic, this enormous, urbane one-piece L-shaped sofa is perfect for clients with an art collection and a lot of friends.” 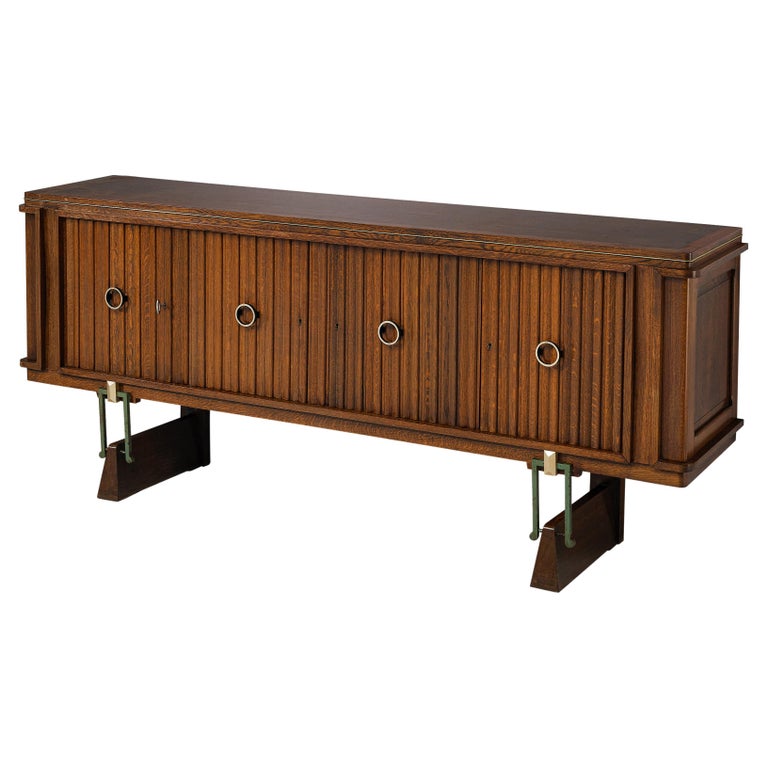 “Architectural, earthy and engineered, plus lots of room inside for treasures.” 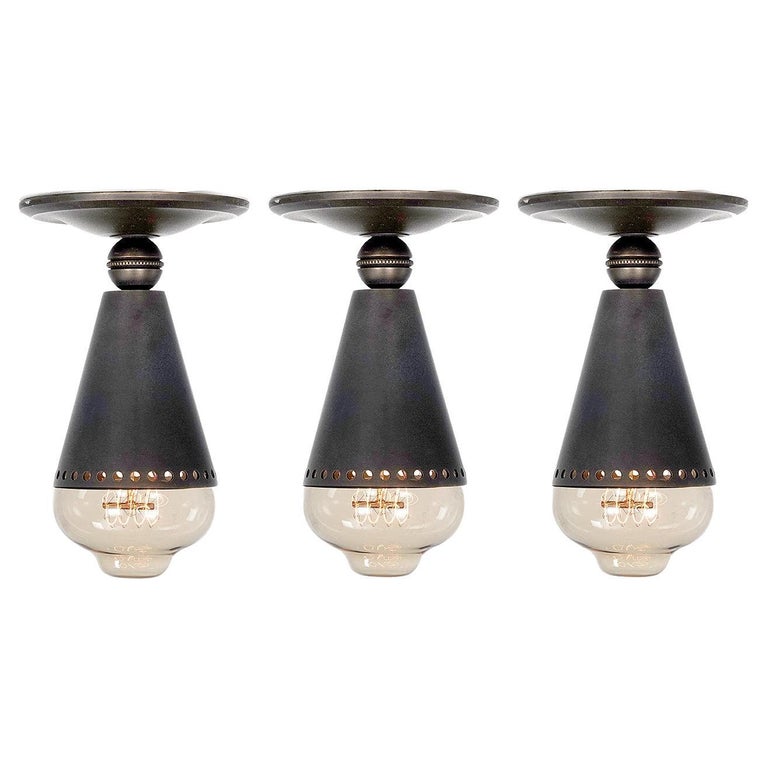 “Chic and memorable do not always add up to expensive.” 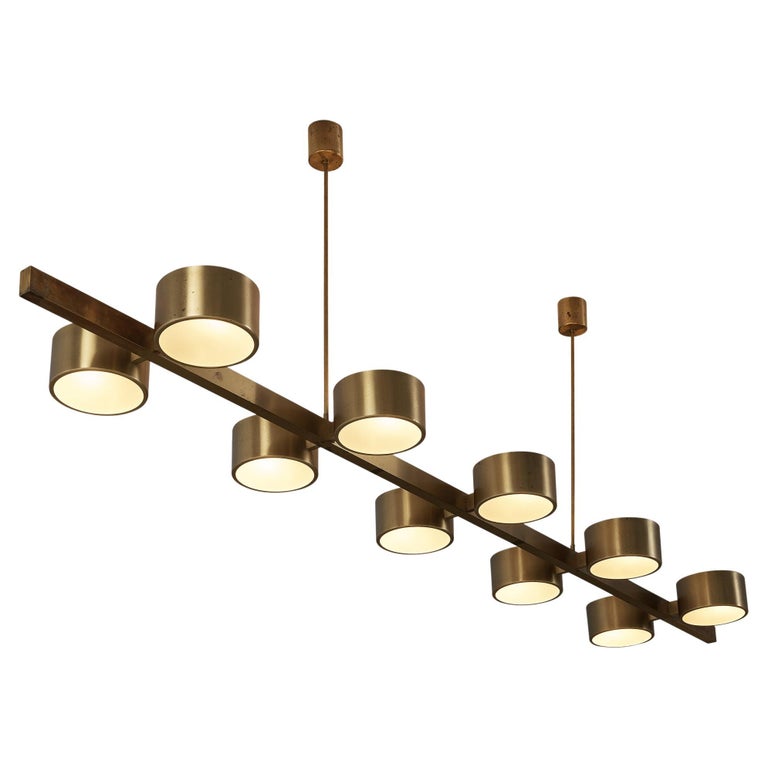 “I love to use very long tables in dining rooms, and this modern light fixture, over eight feet long, is perfect for illuminating one.” 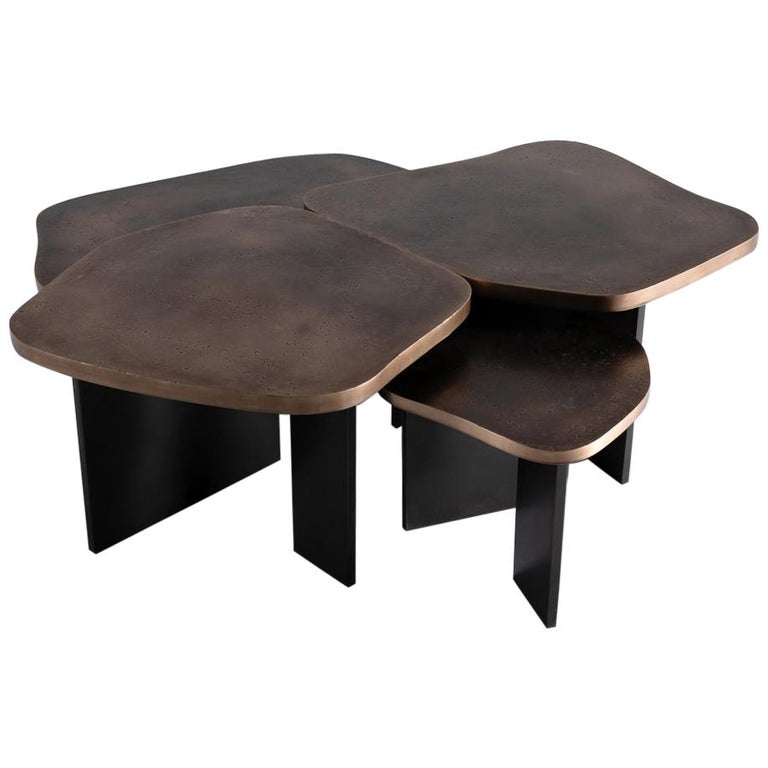 “These organic, earthy tables would allow for many sculptural configurations.” 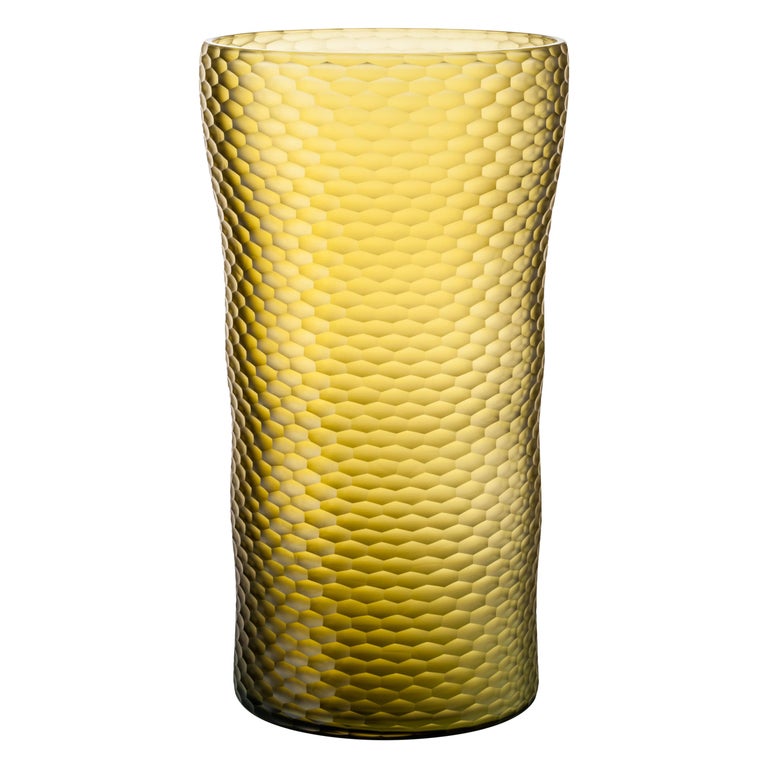 “The best vases look beautiful with or without flowers!” 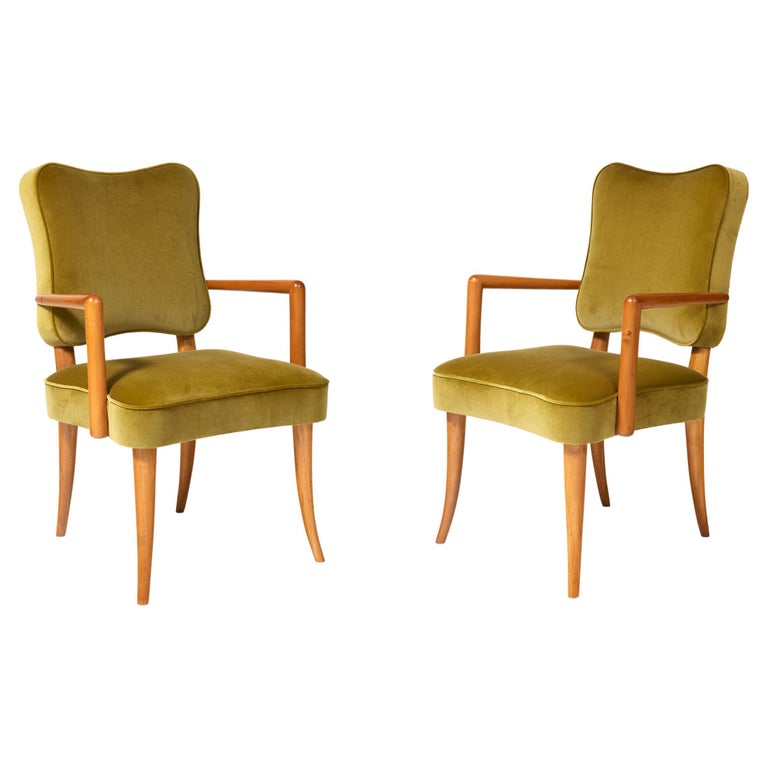 “Truly delightful, these chairs will add style wherever they are placed.”