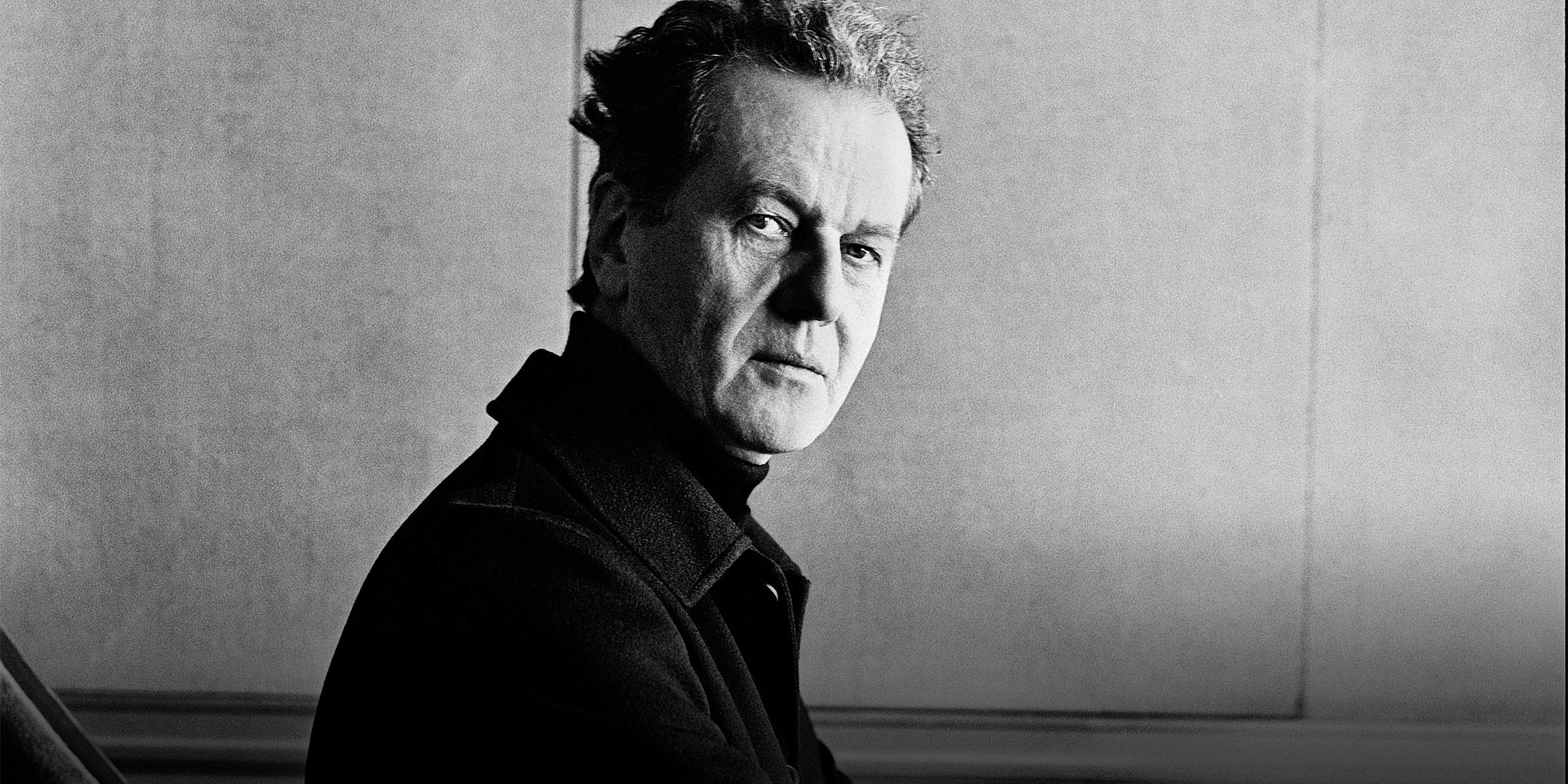 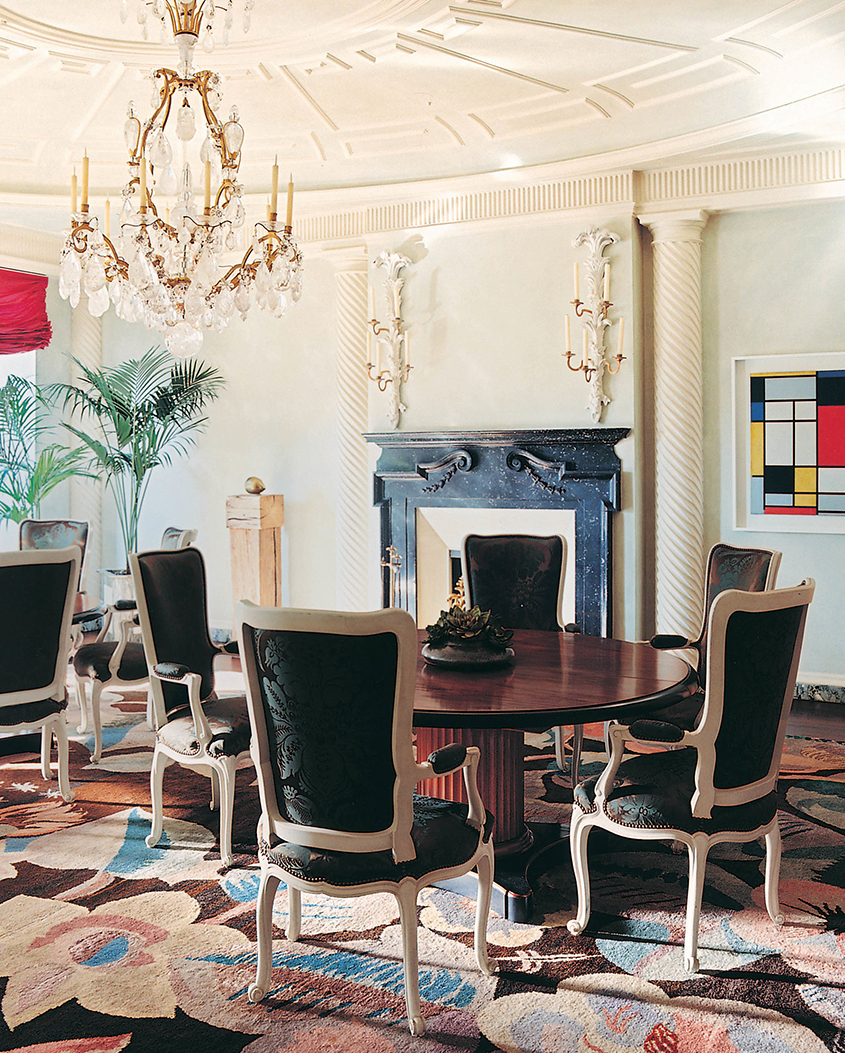 On a table in Jacques Grange’s offices in Paris is a photograph of him gleefully holding an Oscar. The award belongs to Taiwanese clients, who bought a house in Paris formerly owned by the late Academy Award–winning composer Maurice Jarre and insisted that the golden statuette be included in the sale. Grange recalls the day he posed with the award: “I saw it on a shelf and thought it was too good an opportunity to miss,” he says with a smile.

The Academy may not give out awards for interior decoration, but if it did, Grange would no doubt have a mantel laden with them. The most revered designer in France, today Grange is an undisputed tastemaker, one whose expertise has been sought out by a dazzling roster of clients for more than four decades. Among those who have benefited from his guidance are actress Isabelle Adjani, fashion icon Valentino, Princess Caroline of Monaco and luxury-goods magnate and art collector François Pinault. He recently transformed the Palazzo Margherita in Bernalda, Italy, into a luxury hotel owned by filmmaker Francis Ford Coppola. His other noteworthy American clients include Aerin Lauder.

“Jacques is one of the greatest interior designers of our time,” declares Mathilde Meyer, another Grange client and the director of public relations for Christian Dior in France. “His taste is unique. He avoids decorating clichés. That’s why his interiors are timeless,” she adds. “He is the only person who has the gift to conjure up interiors that look as if they’ve never been decorated,” says cosmetics maven Terry de Gunzburg, for whom Grange has created homes on both sides of the English Channel. “Everything is always so natural.” 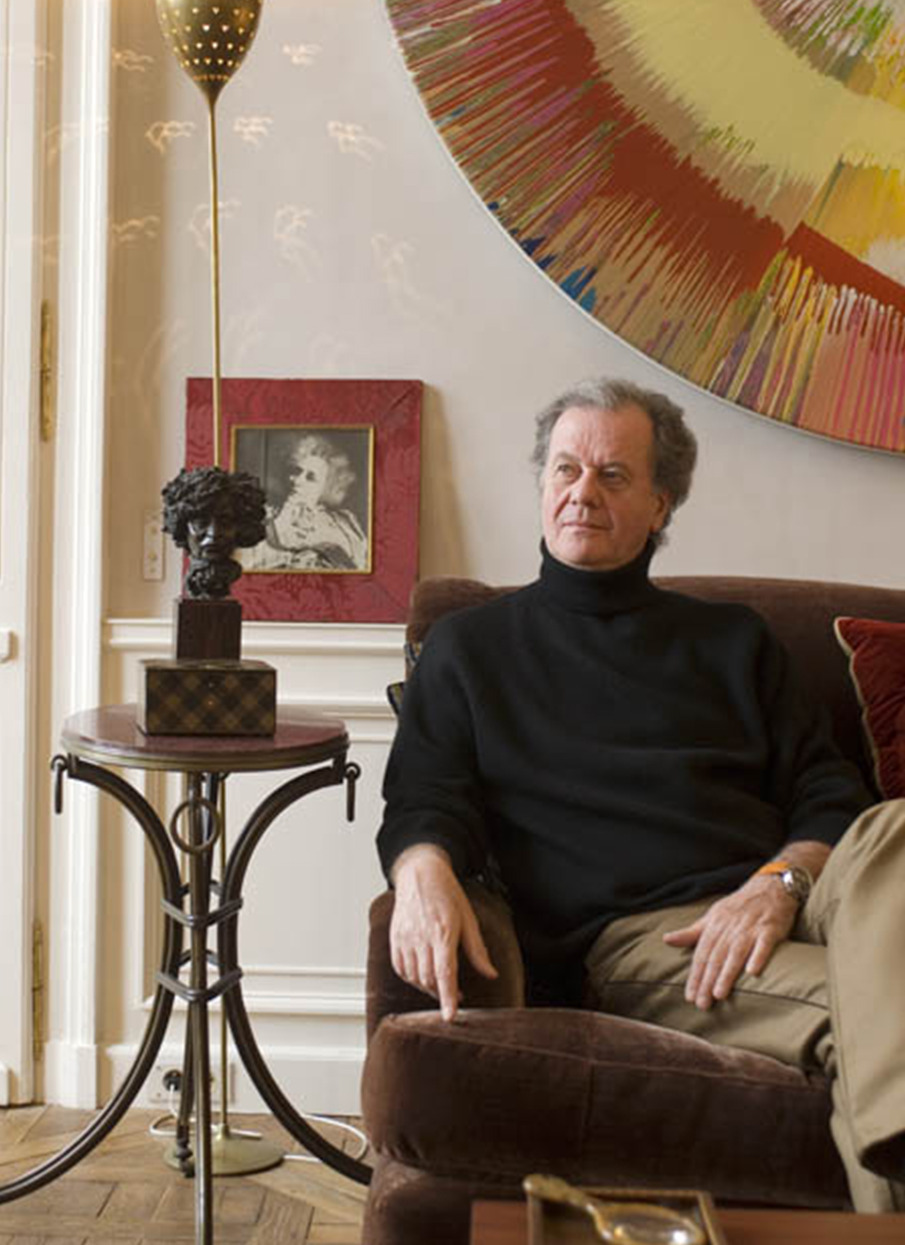 The designer strikes a comfortable pose at his Paris home. Photo by Guy Hervais

As a child, Grange claims he was interested in just one thing: drawing. He was born in 1944 in a town called Saint-Amand-Montrond, right in the center of France. His mother was a descendent of René Laennec, the physician who invented the stethoscope, and his father was a color-blind engineer who worked for a petroleum company. From the age of eight, Grange attended a weekly art class in Paris, to which famous artists and architects were sometimes invited. (He recalls both Marc Chagall and Le Corbusier popping in.) At 15, he left high school to attend the École Boulle, where he studied gilding, plaster carving, cabinetmaking and upholstery. After four years, he moved on to the École Camondo to specialize in interior design.

For his first job, Grange took a position in the offices of the legendary designer Henri Samuel, who had restored the Empire rooms at Versailles and revamped the Château de Ferrières for Marie-Hélène and Guy de Rothschild. Two women he met socially in Paris, however, proved even more significant early influences. The first was famed decorator Madeleine Castaing. “She was a magician,” declares Grange today, speaking of her ability to conjure up enchanting interiors. “She had humor and poetry.” The second was art patron and Parisienne doyenne Marie-Laure de Noailles, who in her youth had financed Luis Buñuel’s scandalous 1930 film L’Age d’Or, commissioned a Cubist house from vanguard architect Robert Mallet-Stevens and retained Jean-Michel Frank to decorate the sitting room of her Paris mansion. “I discovered all of that through her,” he declares. “She was so ahead of her time.”

In 1968, Grange was hired as a draftsman in the interior design office of the Parisian antiquaire Didier Aaron, who quickly encouraged him to supervise projects himself. His first important client was the twin sister of the Shah of Iran, Princess Ashraf, for whom he decorated both an apartment in Paris and a house in the south of France. Grange still clearly recalls their initial meeting. He had been told she particularly valued discretion, and so when the princess asked for the name of a client of a project in his portfolio, he refused to divulge it. “I could see she was ecstatic,” he remembers. “She must have thought, ‘This boy is so discreet.’ ” 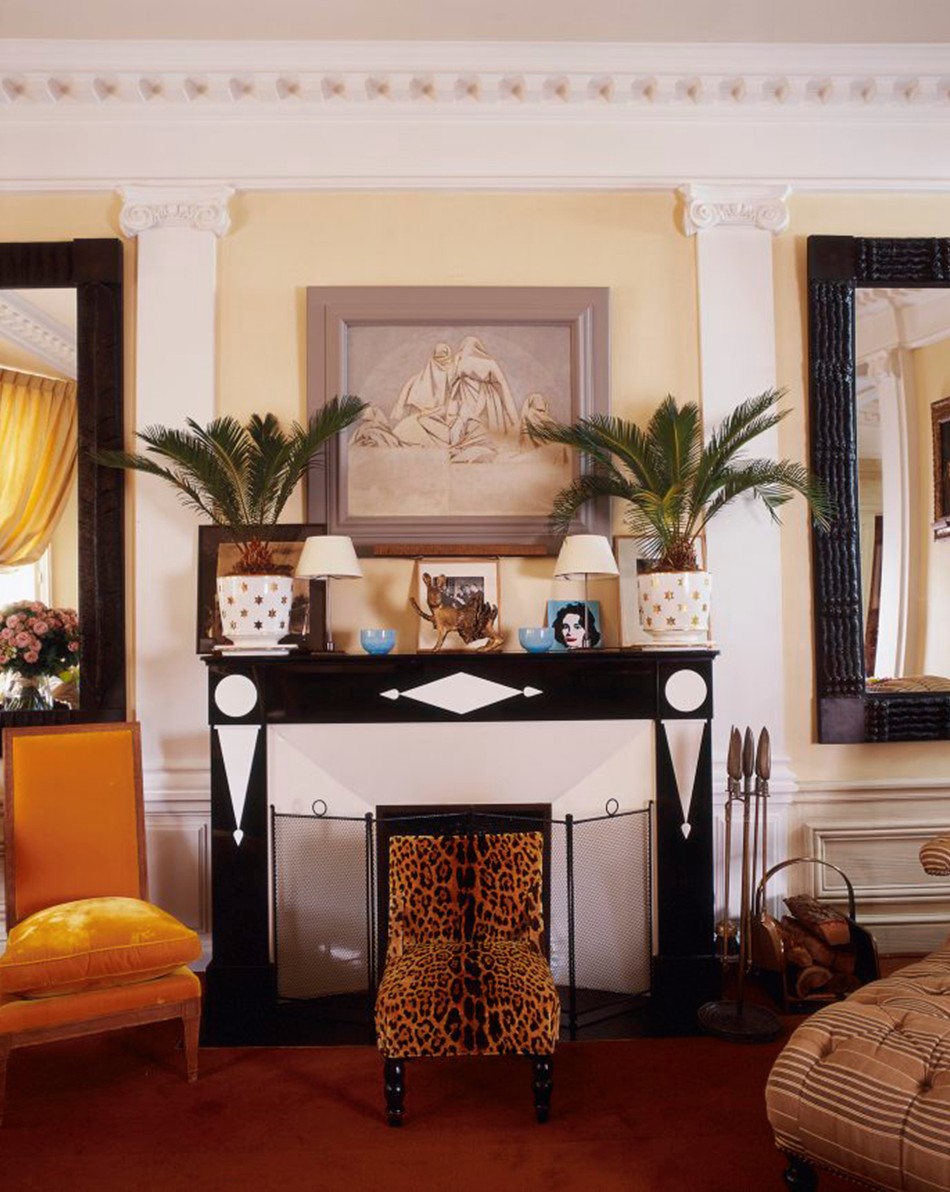 It was in 1971 that Grange first met the fashion designer Yves Saint Laurent, whom he describes as his most “enriching” client. “With him, everything was possible,” says Grange. Among other things, they collaborated on the couturier’s villa in Marrakech, styled after a traditional riyadh, and the Proust-themed Château Gabriel, near Deauville, in Normandy, whose walls Grange had painted to resemble Monet’s water lilies.

As with many of his clients, the couturier became a close friend. It’s easy to see why. In person, Grange is delightfully affable and charming. (His partner, the 20th-century furniture dealer Pierre Passebon, describes him as “warm, friendly and good humored.”) He is also amusing and an arch storyteller. With a certain delectation, he tells about the female client who implored, “Jacques, honey, I want extra-deep sofas to make love on.” He recounts how he once accompanied Catherine Deneuve to the Élysée Palace for a dinner in honor of Queen Elizabeth, and how he stayed with Salvador Dalí in the 1970s at the artist’s house in Port Lligat. He was close with Andy Warhol; the two used to hunt for Art Deco furniture together in Paris. “He was a real shopaholic,” recalls Grange. Another longtime friend is Princess Caroline, for whom he decorated a yacht in addition to her home in Monaco. “She has taste, style, a strong character and a dose of fantasy,” Grange proclaims.

As for his own style, Grange is somewhat at pains to describe it. He does mention words like “sensuous,” “comfortable” and “uncluttered,” however, and he avows a love for the work of Jean-Michel Frank and Diego Giacometti. He also finds himself quite attuned to the influences of Eastern cultures, especially those of India and the Arab world, and he champions contemporary designers including Marc Newson and Mattia Bonetti. A chest by the latter, for instance, holds pride of place in the bedroom of his own Paris apartment, which was once occupied by the writer Colette. (Her family made sure he inherited it.) “There’s always a mix, things from different periods,” he says by way of explaining the look of the interiors he creates. “What I do is not revolutionary, but I think it’s quite harmonious.”

Currently designing residential projects in Lima, Brittany, Paris and New York, Grange, now 68, claims he loves nothing more than being busy. Just a few days earlier, in fact, he received a visit from a brand-new client: Princess Caroline’s son Andrea Casirighi. (“He calls me oncle Jacques,” Grange admits.) Their first collaboration will be a house in London for Casirighi and his bride-to-be, Tatiana Santo Domingo. “I’m really delighted to have the children of my clients,” he says. “They have a different outlook on the world. What interests me most is the future.”