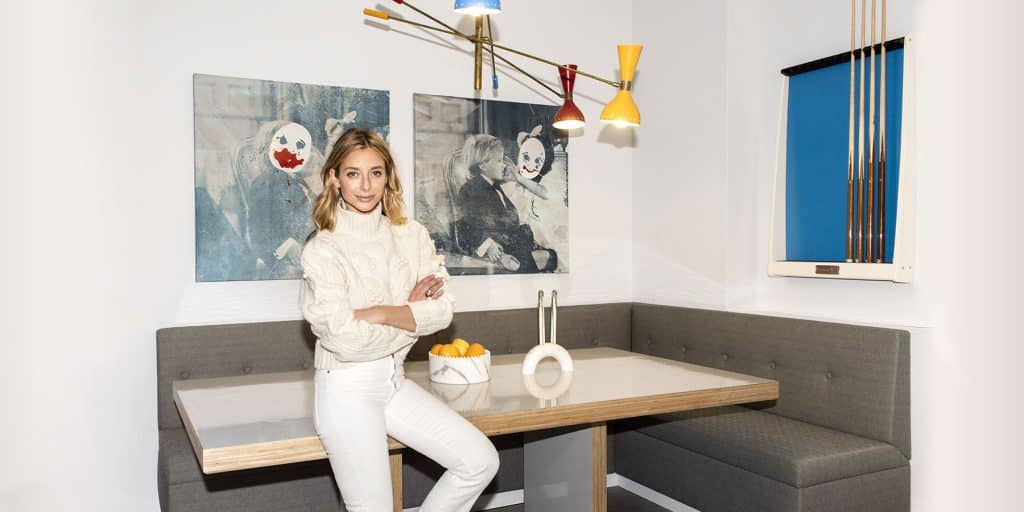 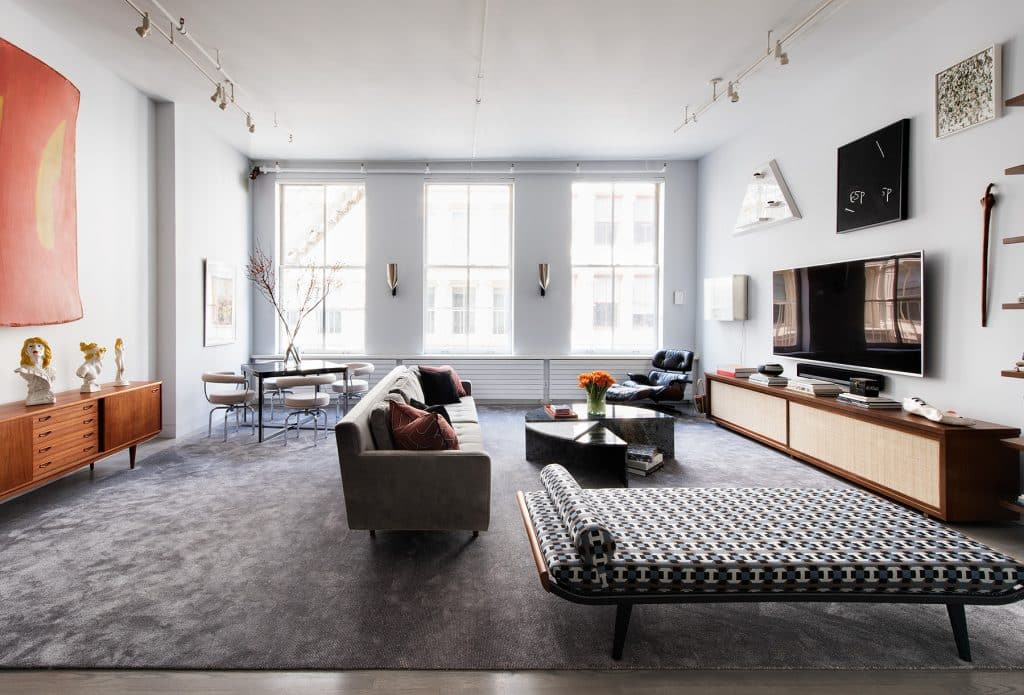 December 9, 2018In this Soho apartment, which Jessica Schuster designed for an art-collecting single dad and his young daughter, the living room contains a mix of new and mid-century pieces, including a vintage bench upholstered in an Hermès fabric. Top: Schuster sourced the Stilnovo-style lighting from 1stdibs and custom designed the dining table and banquette. “I incorporate custom pieces whenever I get the chance,” she says. “I love working with local skilled artisans and supporting that community. It’s really important to our business, and to me personally.”

She’s so daring and bold, and she’s always trying new things,” New York designer Jessica Schuster says of her favorite client, noting that the woman has experimented with everything from Art Deco to modern interiors and that collaborating with her is a breeze. That dream customer? Her grandmother.

Some regard working with family members with trepidation, but Schuster says it was their influence that made her realize she wanted to be an interior designer in the first place. In fact, her enthusiasm and knack for design so impressed her mother’s designer, Tui Pranich, that he offered her a job with his firm after she graduated from NYU. Later, the Boston native decided to continue her interior design studies at Parsons while doing some residential projects on the side. One such project, a young woman’s apartment on the Lower East Side, so delighted the client’s mother that she shared photos of it with her friend Kelly Wearstler. The two designers clicked, and Schuster moved to Los Angeles to work for Wearstler, which proved a formative experience. 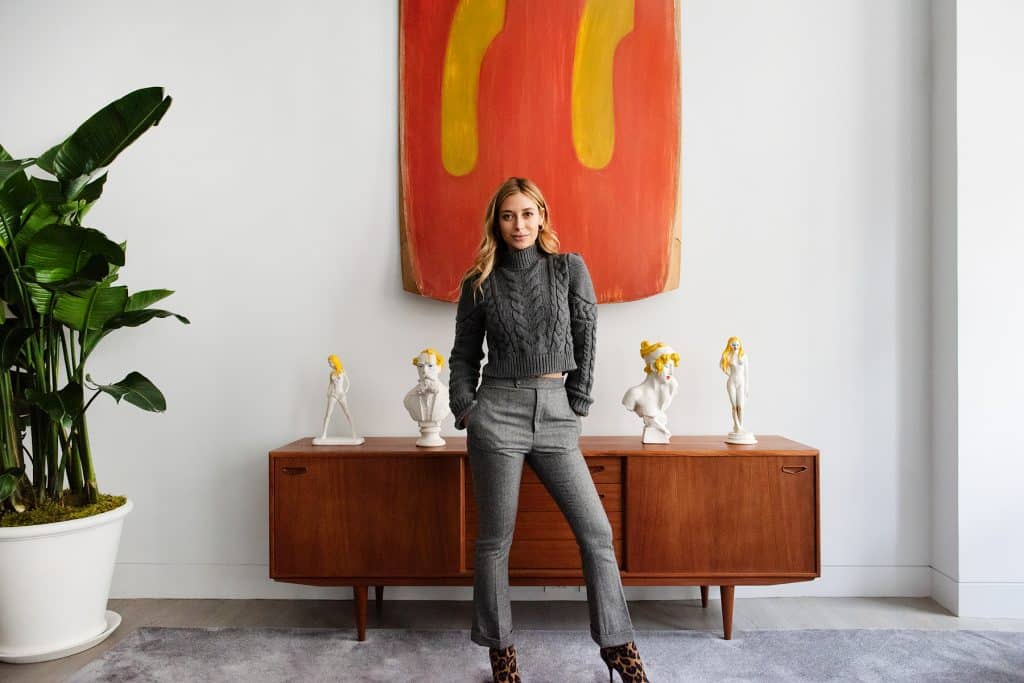 “What I have found with my clients is that the art world feels very intimidating,” says Schuster, who brings in art advisers to meet with them. “Art is so personal. It is a very important element in completing a space.” Here, she stands in front of a Ron Gorchov shield painting and a Clausen & Son teak sideboard from 1stdibs in the Soho apartment’s living room. 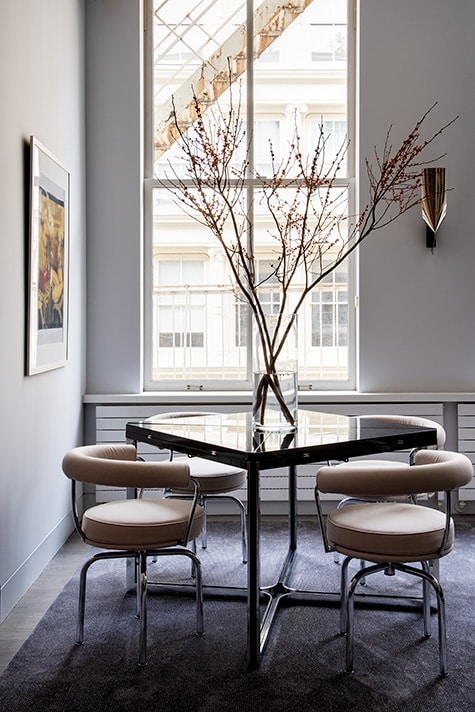 In a corner of the living room, a flip-top lacquer-and-steel dining table is surrounded by a set of Charlotte Perriand for Cassina LC7 chairs.

“She’s really business-minded, which is something that I think a lot of designers struggle with,” Schuster says of Wearstler. “A lot of us are very creative, but we’re not business savvy.” She adds, “It was such a nice experience to work for someone who just wanted you to succeed and wanted you to grow and do well, because the better you did, the better she did. I was really inspired by that.”

Today, Schuster applies this same philosophy at her eponymous design firm, which she launched six years ago, propelled by a mix of millennial self-confidence and youthful audacity. “I wanted to go off on my own when I was very young and totally green,” Schuster says of starting her Soho-based business. “I wasn’t scared — I was excited. But I didn’t know everything I know now.”

What she knows is how to create interiors that are both refined and playful, boldly mixing eras and styles, like those of the Soho apartment she designed for an art-collecting single dad and his young daughter. Vito Schnabel, a friend of both the homeowner’s and Schuster’s, curated most of the artwork, which Schuster highlighted with an eclectic mix of new, custom and vintage pieces. A Ron Gorchov shield painting hangs above a mid-century Clausen & Son teak credenza in the sunny living room. In the kitchen, Schuster designed a dining table and banquette, which she paired with a Stilnovo-style chandelier and art by the Bruce High Quality Foundation. 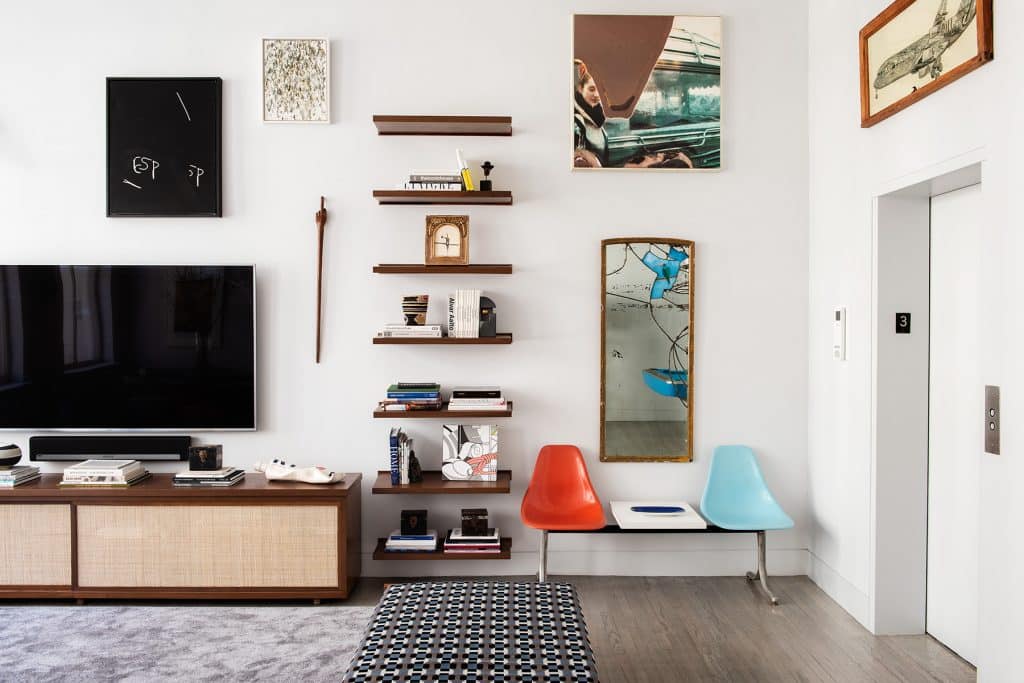 Schuster also knows how to harness the power of social media, designing highly Instagrammable spaces like Noho avocado-toast-and-acai-bowl destination Broken Coconut, whose decor features tropical-print wallpaper and a pink neon Eat Pretty sign above a sheepskin-topped swing. She and her three-person (and growing) team are currently working on a restaurant in New York, a hotel in Miami and a room in the Kips Bay Decorator Show House in Palm Beach, which opens January 26. Schuster was assigned the breakfast room, a space she feels is a bit antiquated in today’s world. So, she is reimagining it as a chic study for the women of the house. 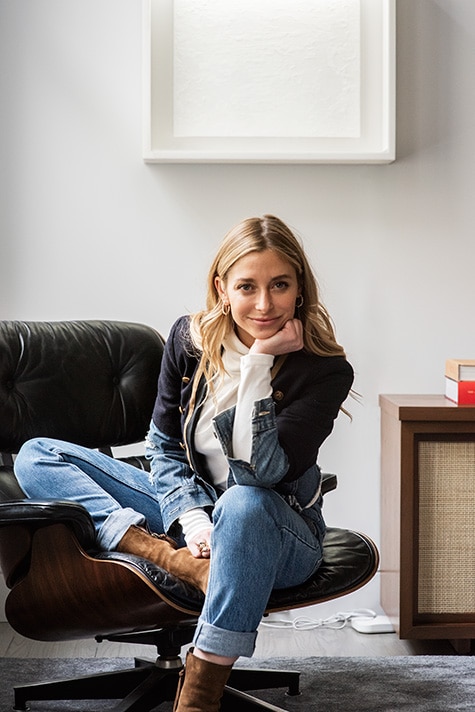 “I really like to mix things up. I just don’t think there are any rules in design, and I try to live by that,” Schuster says. “I think you could have a mid-century modern chair next to an Art Deco table, if it was the right combination of the two.” Here, she sits on an Eames lounge chair.

Schuster’s clients range from twentysomethings to septuagenarians, and they come to her with varying degrees of experience working with interior designers. For the first-timers, the process can be difficult. Blogs, cable networks, social media and the Internet, however, have helped bring home design to the mainstream. “I think everyone today kind of feels that they’re a designer,” she says, “just because there is so much access to things that people never saw before, unless they were really looking for it. Now it’s everywhere. It’s on Instagram, it’s on Pinterest.”

Not that Schuster, with her tens of thousands of Instagram followers, has any problem with social media — or working with tuned-in clients. “I love the collaborative aspect of design,” she says. “I think that’s why every project comes out so differently. All of my clients have very different tastes, and they each want something very different. So, ultimately, the challenge is, how do I put my spin on it and create something that I know they will love but that I think will be aesthetically amazing, comfortable and approachable?”

Considering her success so far, there’s no doubt that she’ll figure it out. 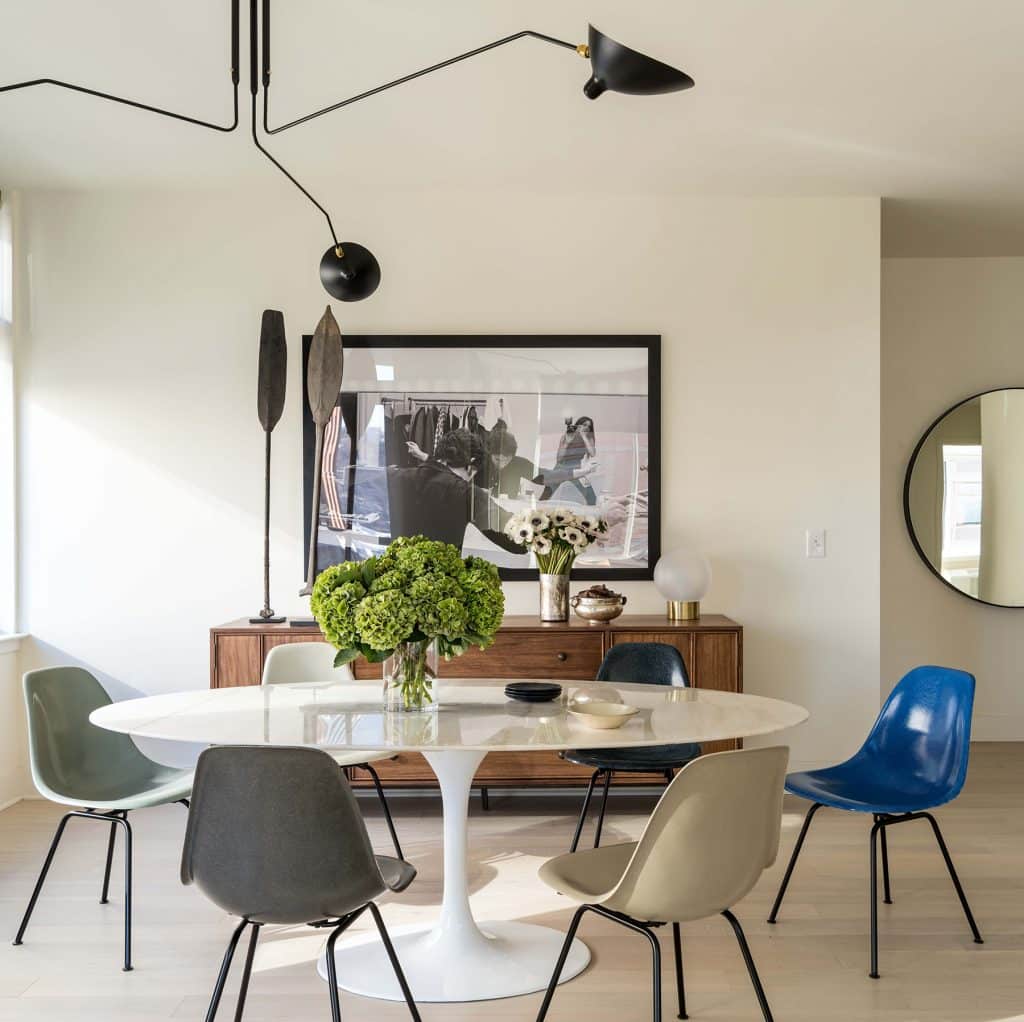 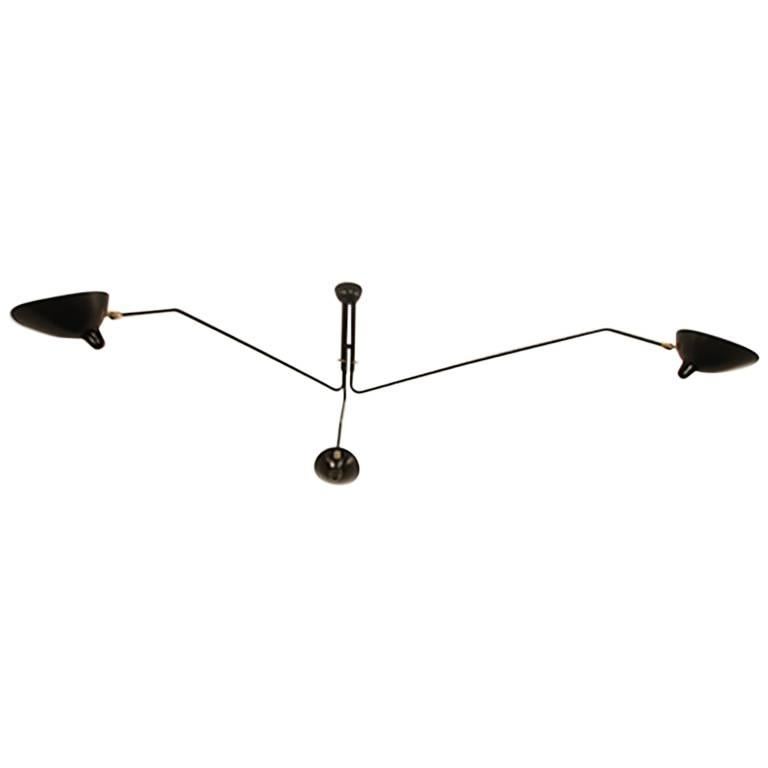 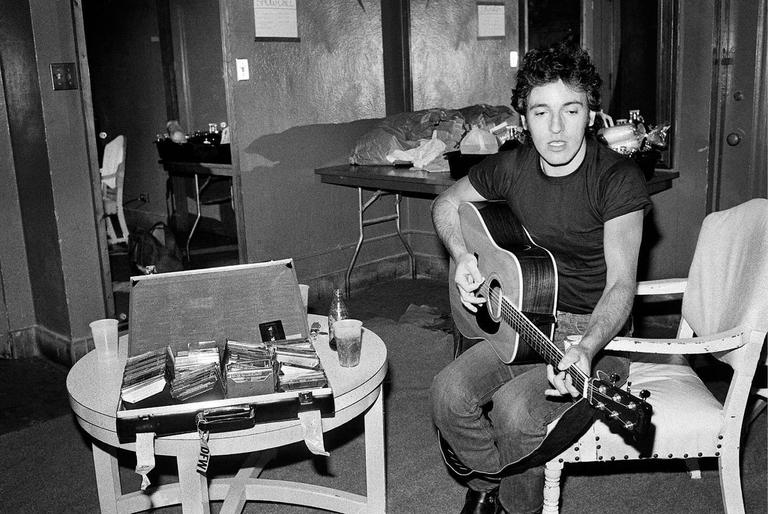 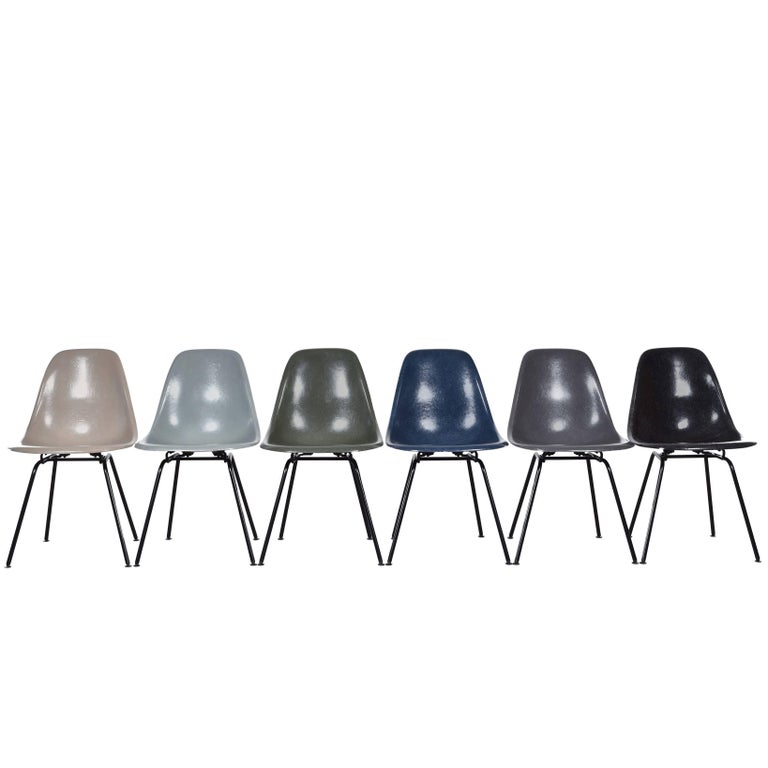 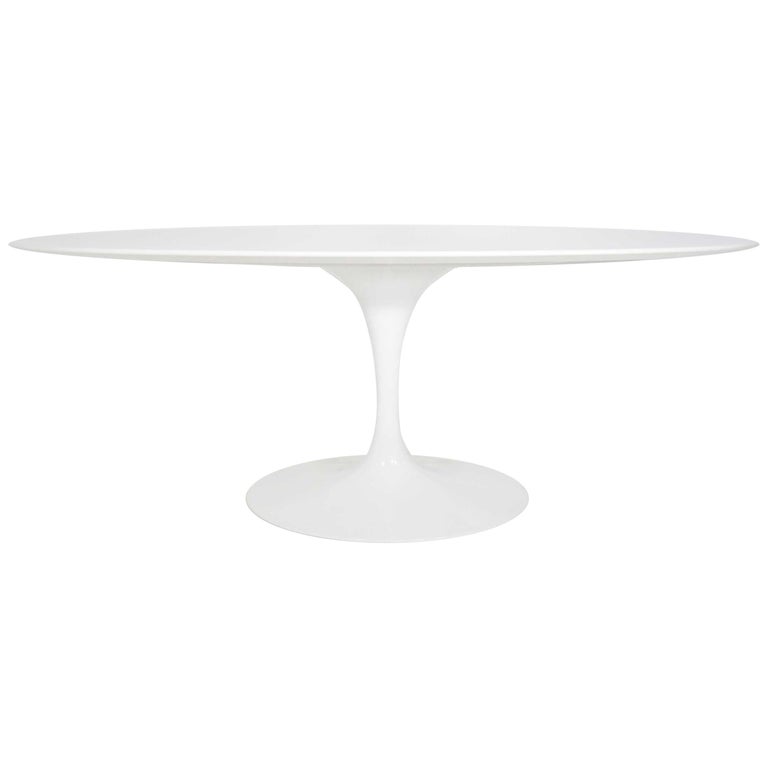 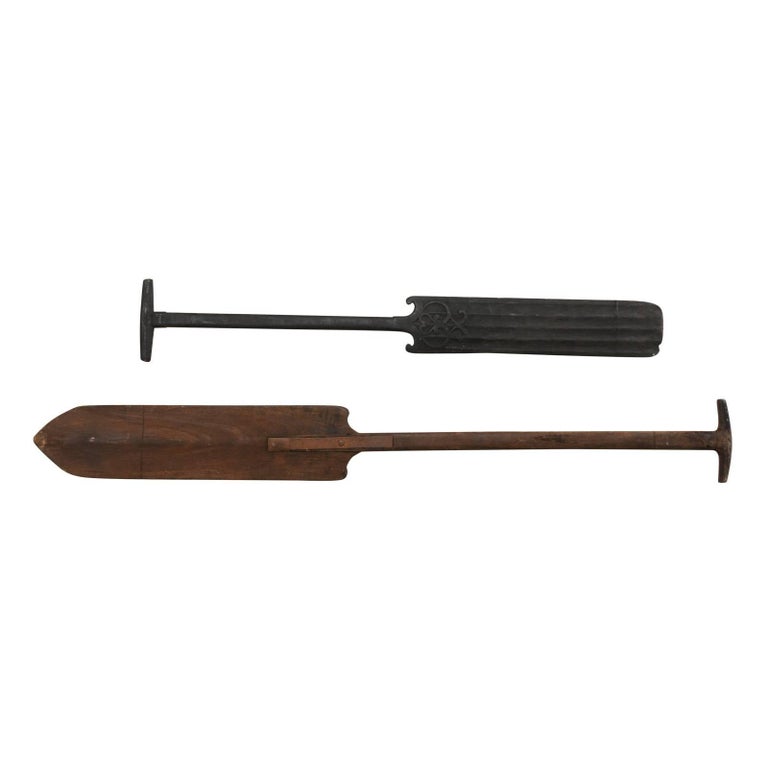 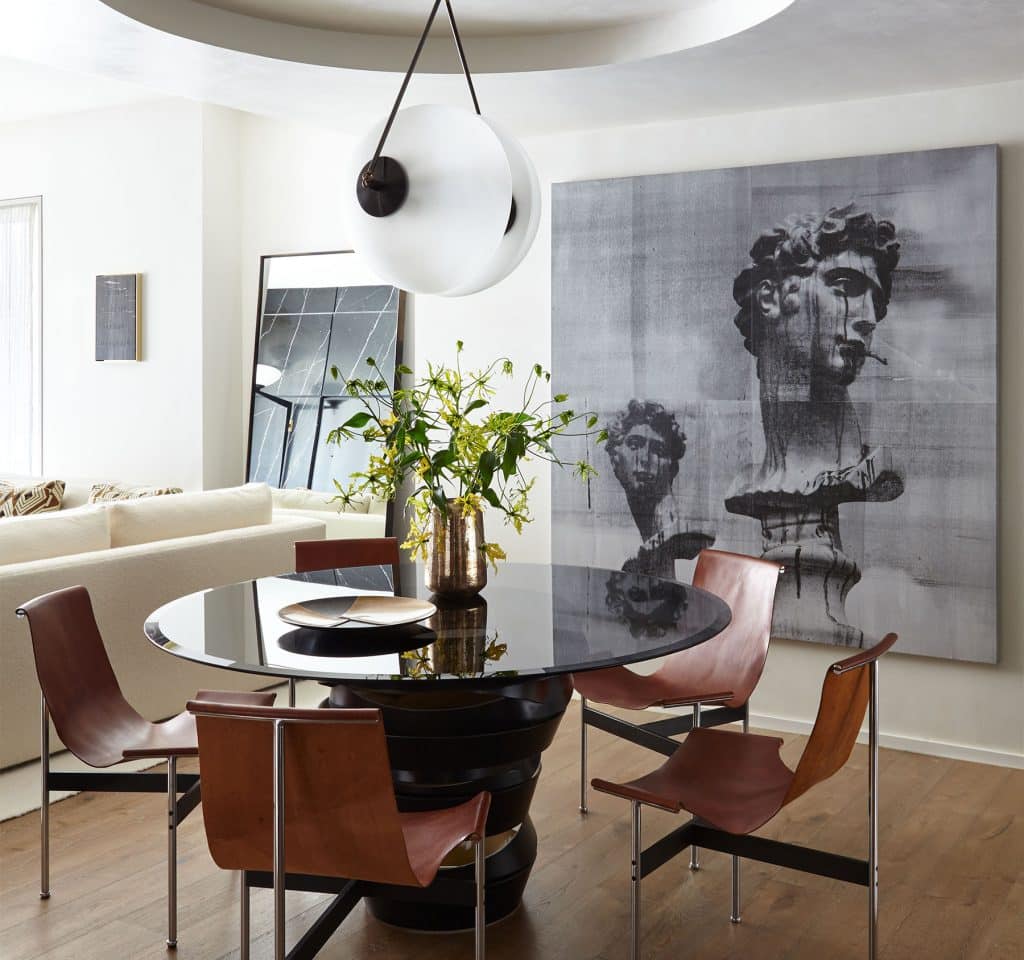 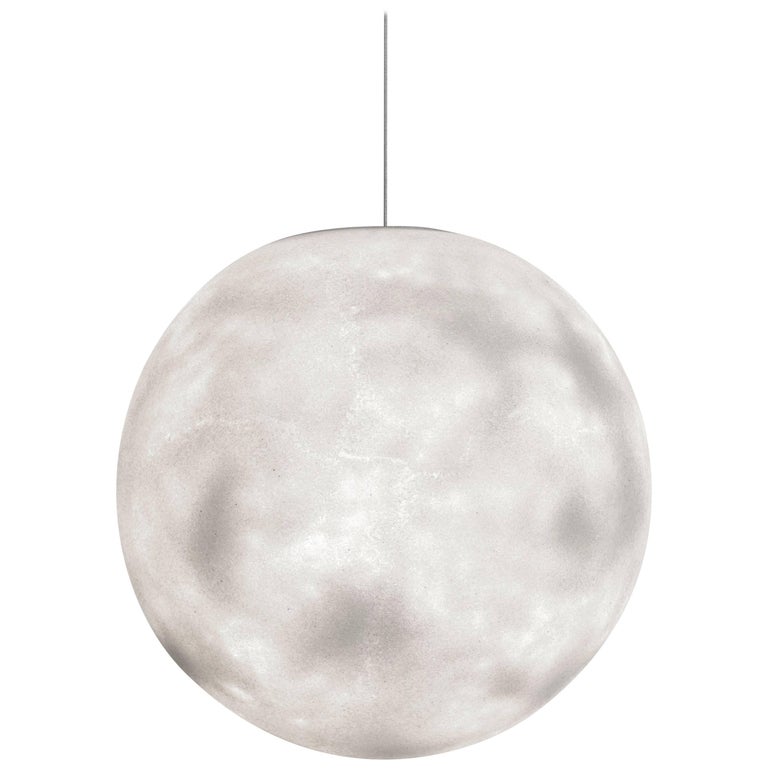 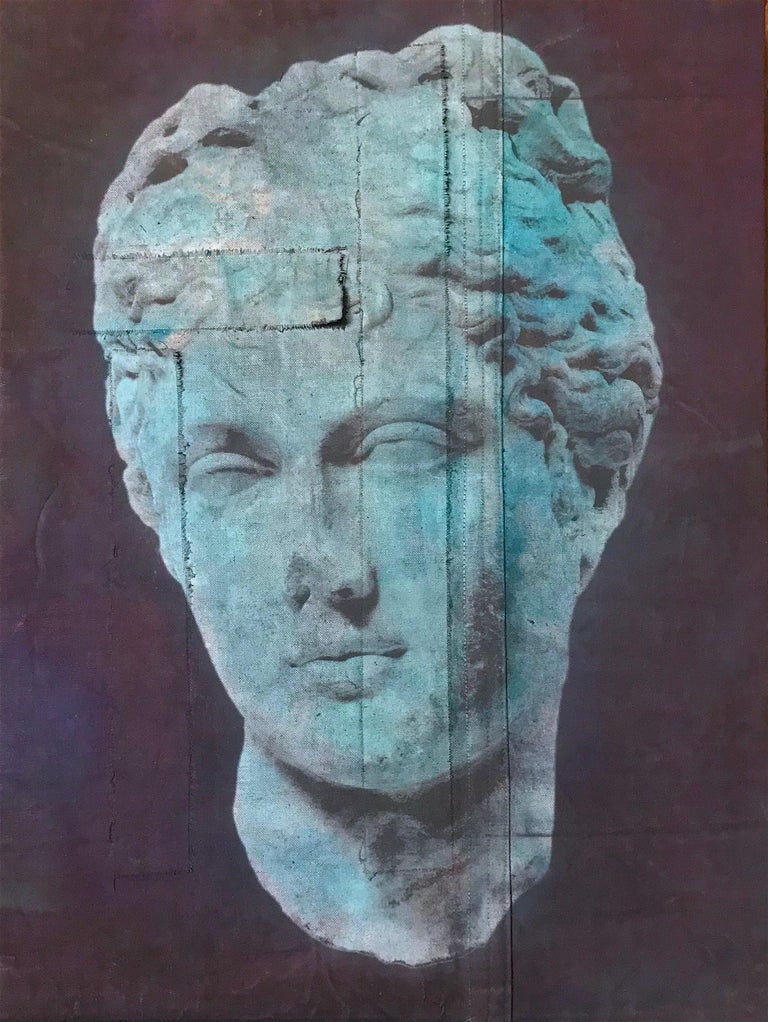 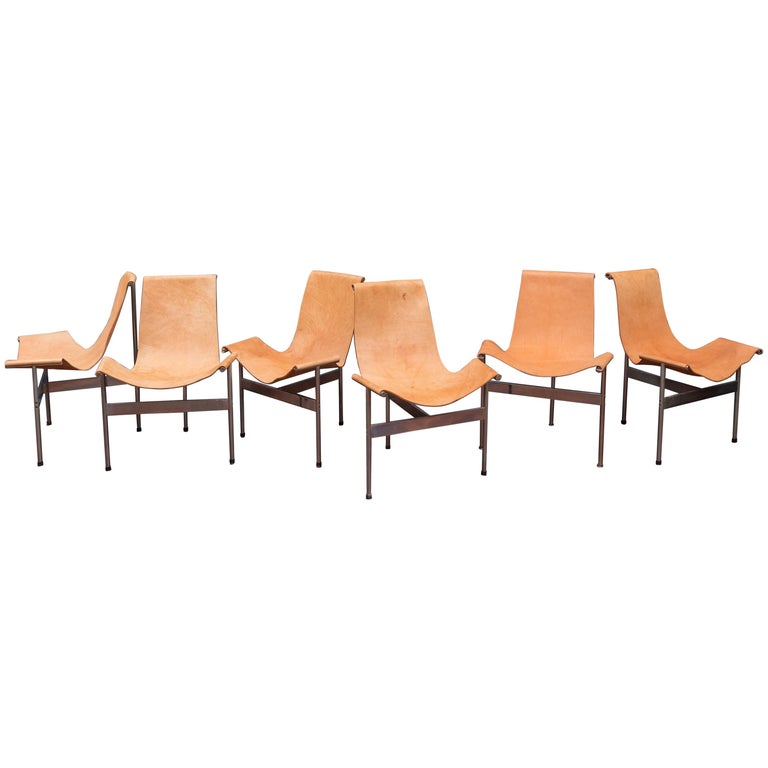 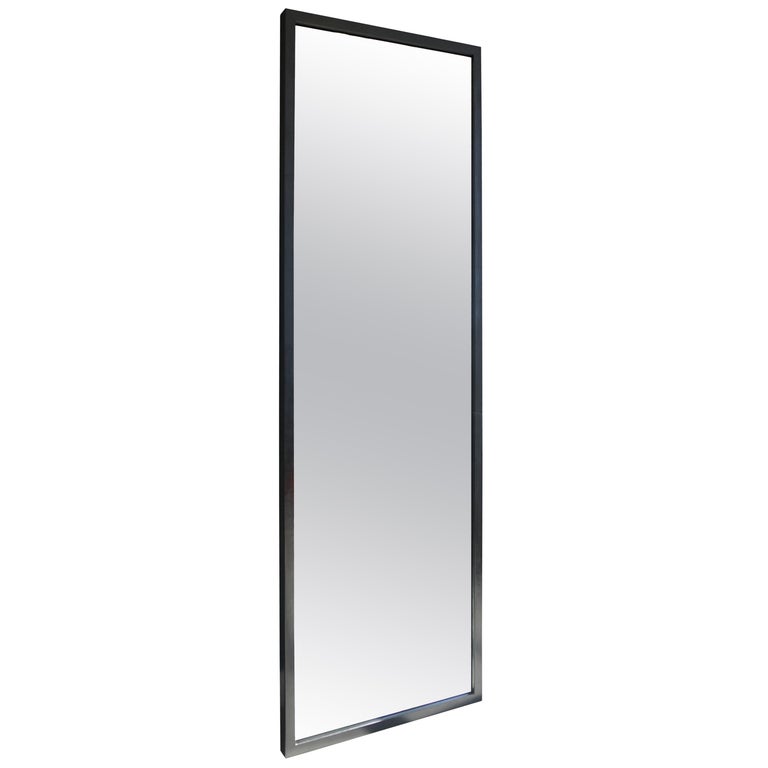 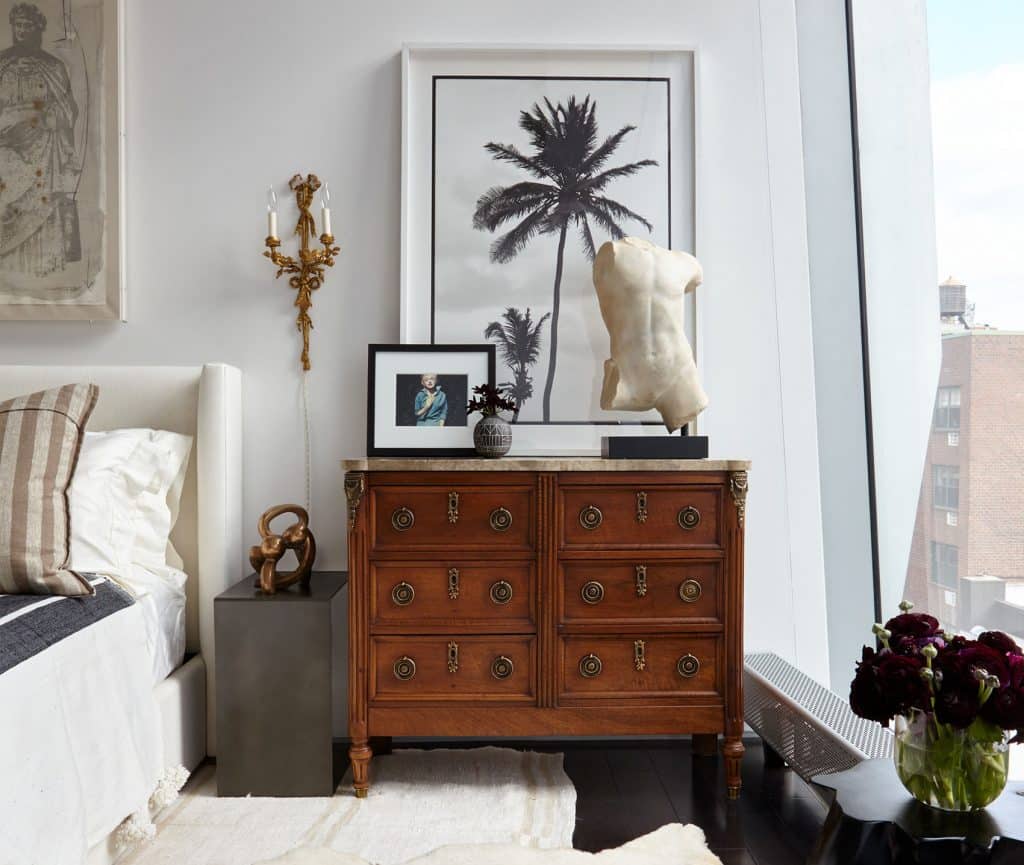 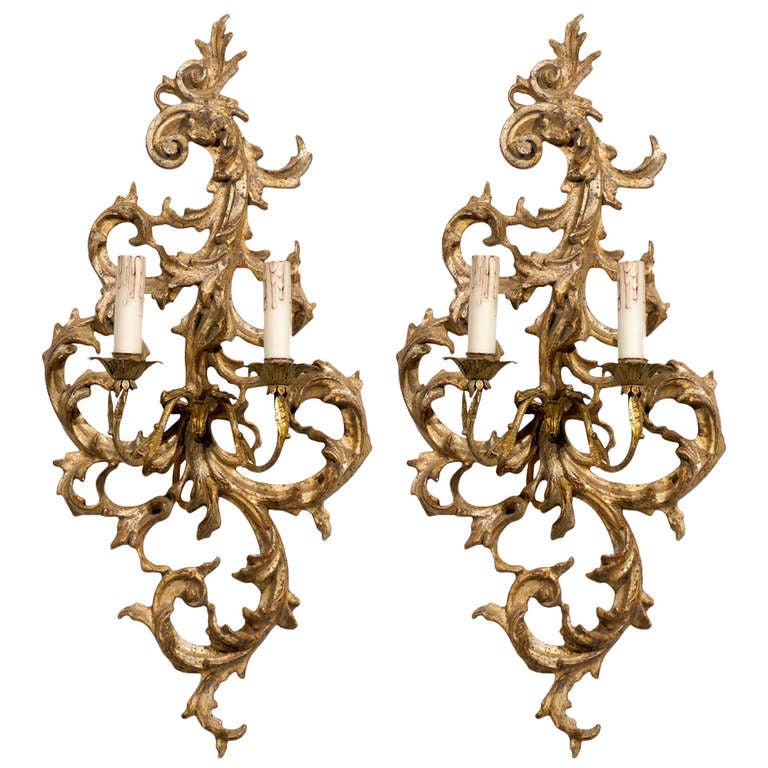 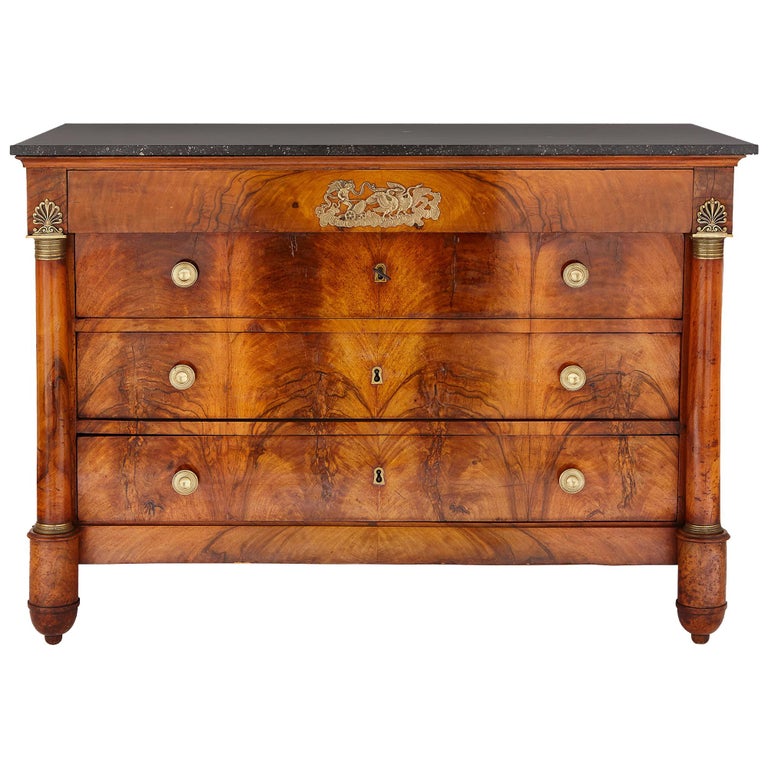 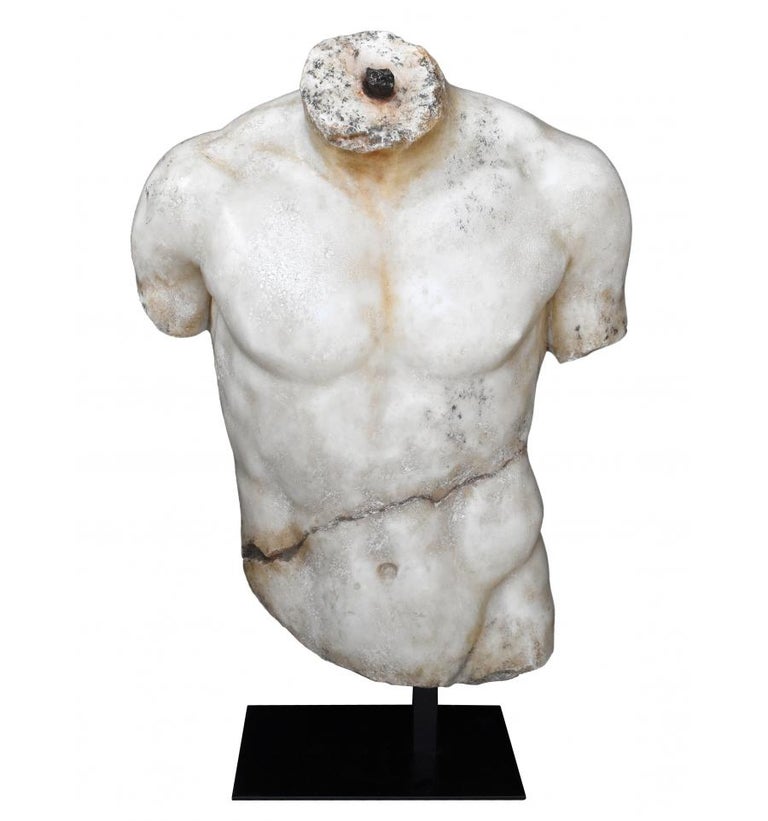 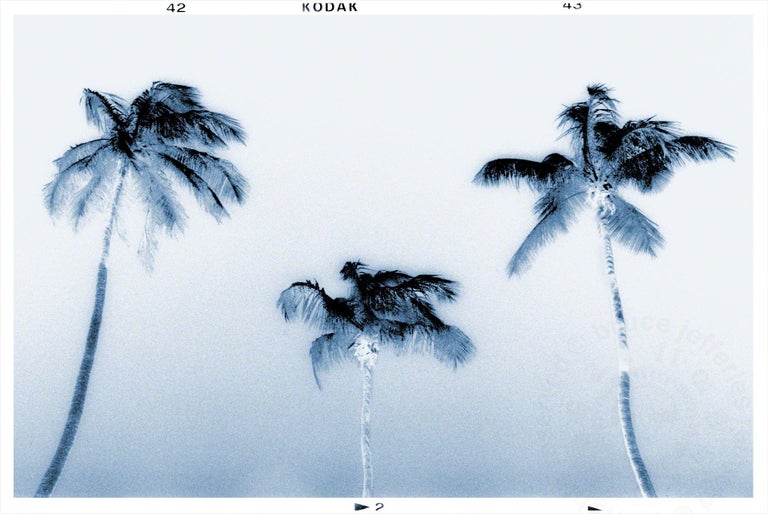 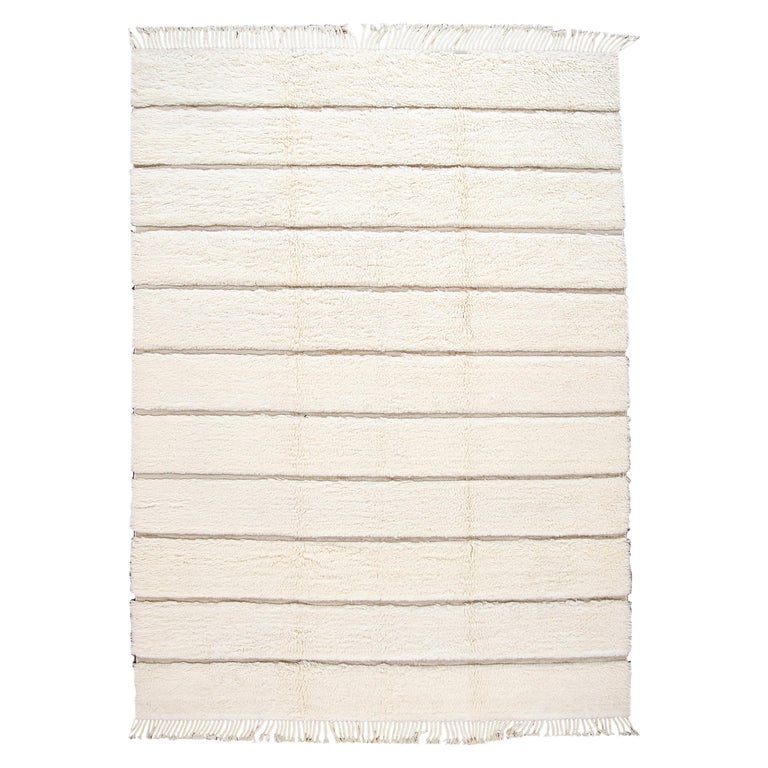 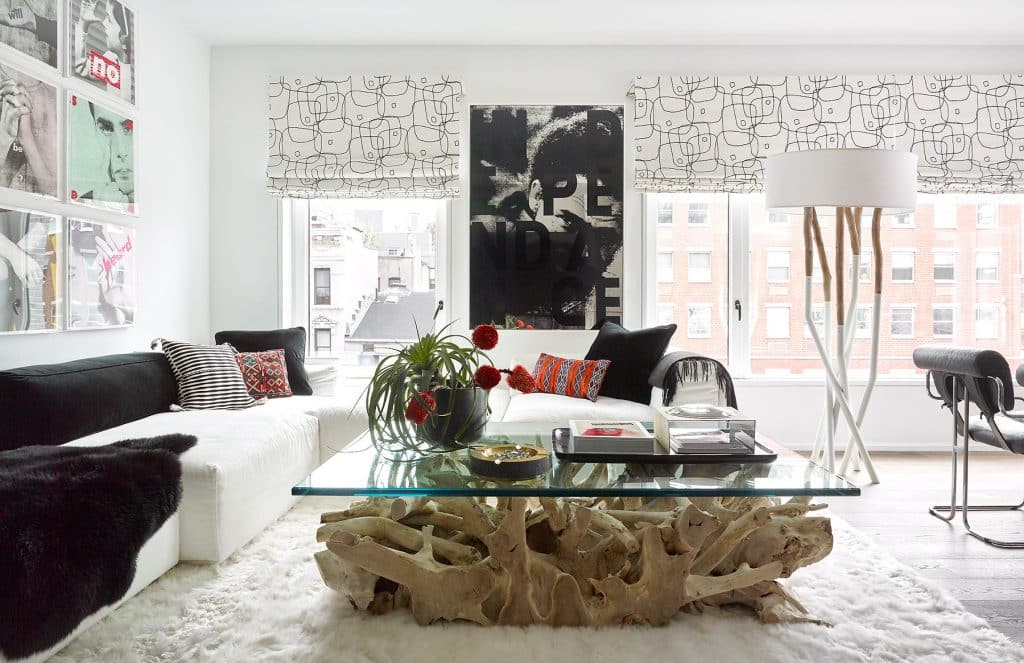 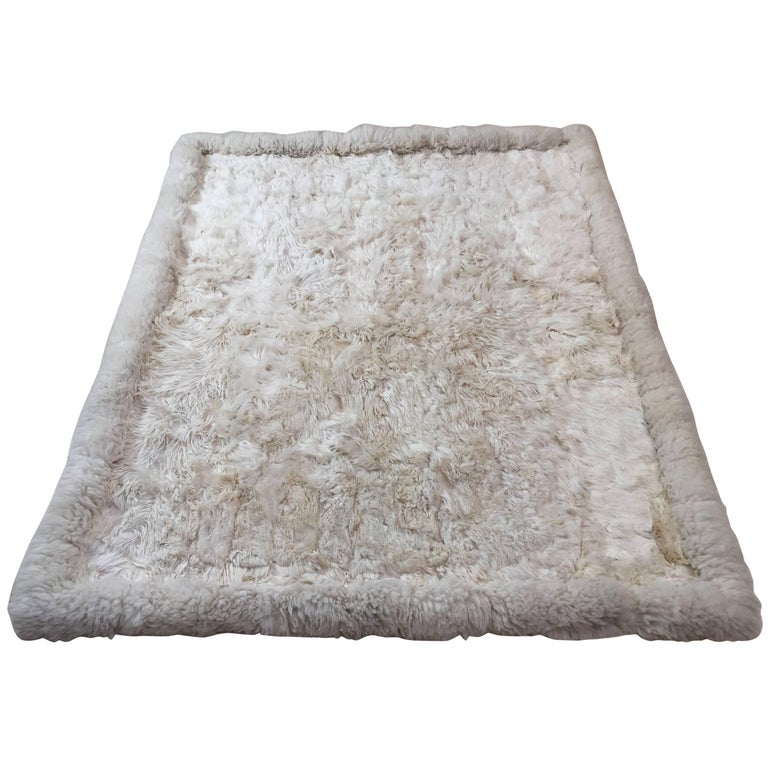 You're Right, 2010, by Barbara Kruger, offered by Brooke Alexander, Inc. 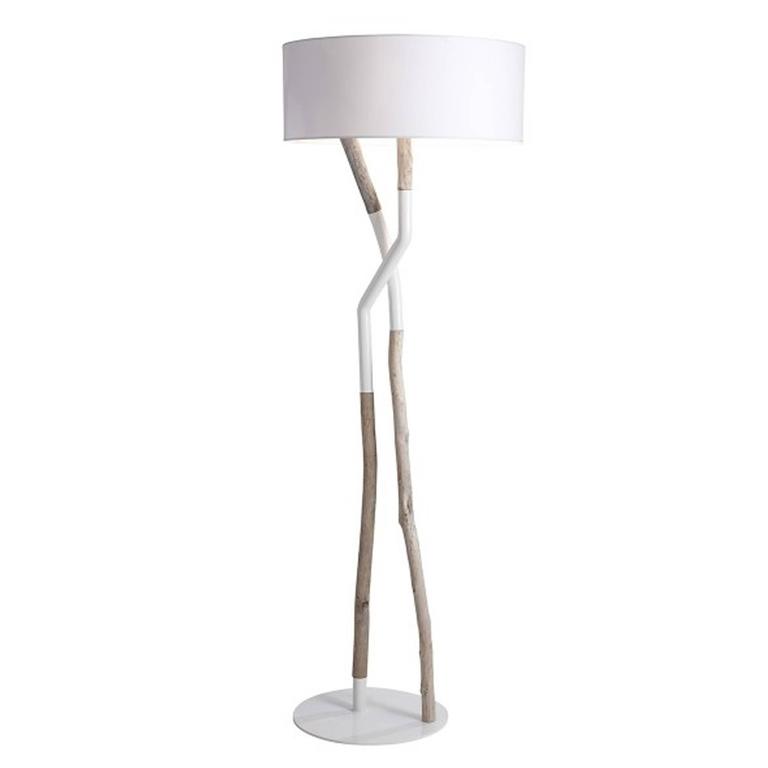 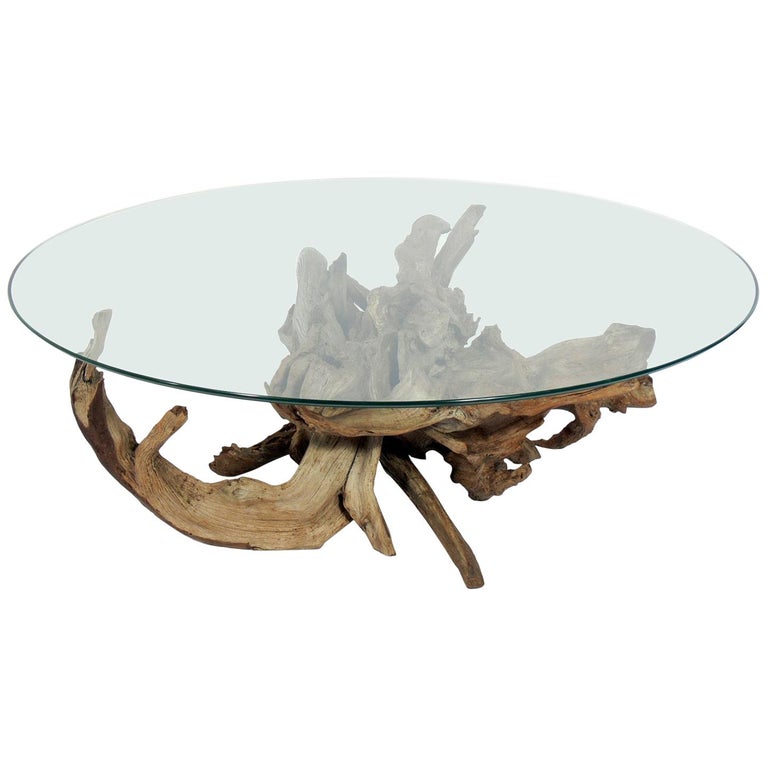 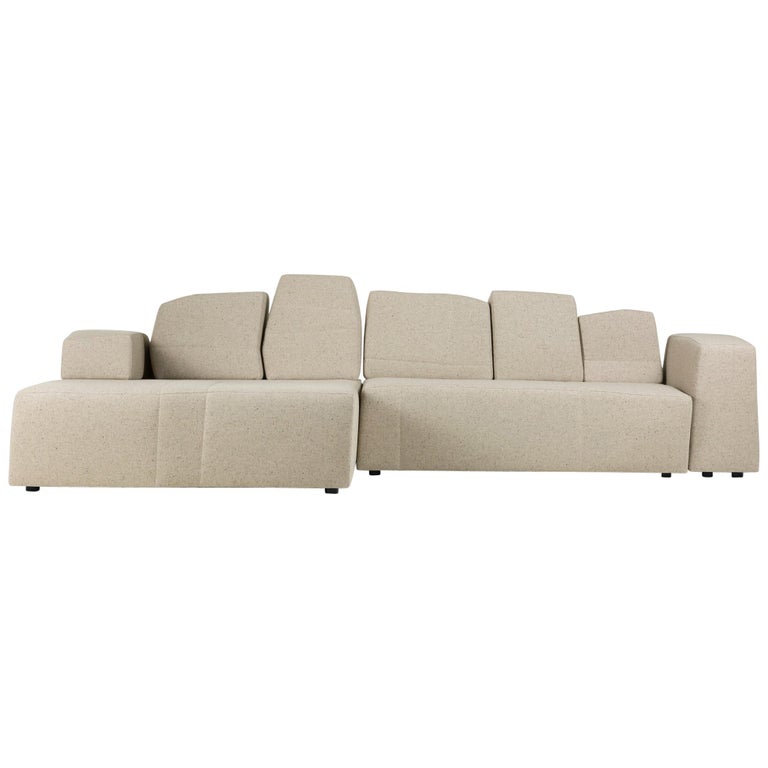 Maarten Baas for Moooi Something Like This modular sofa, 21st century, offered by Hundred Mile