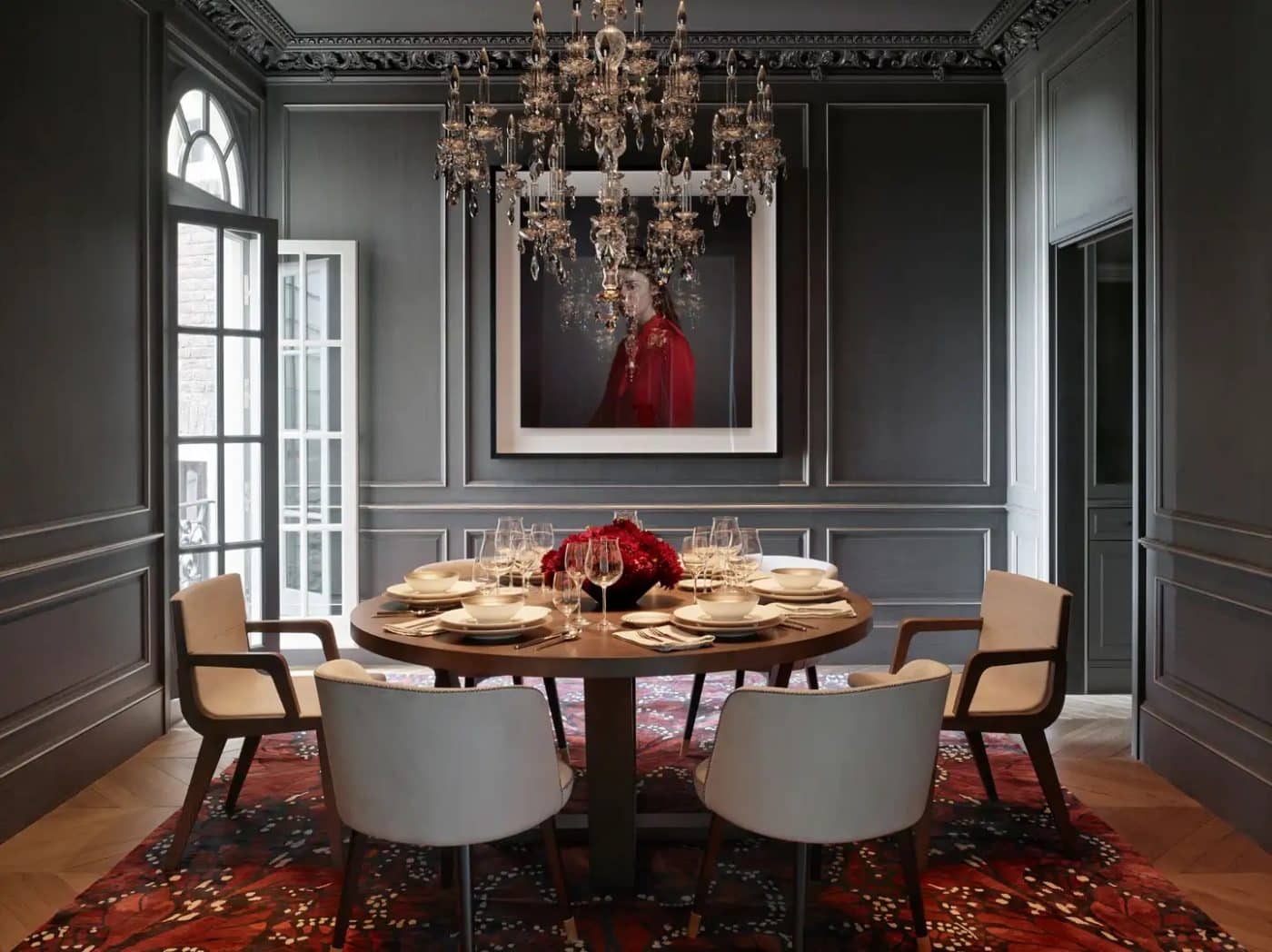 October 31, 2021John K. Anderson, owner of JKA Design in San Francisco, was practically born to be a designer. His grandmother lived in a custom mid-century home filled with furniture from the likes of Michael Taylor, Herman Miller, Baker and Noguchi, while his mother frequently mapped out potential redesigns of their own residence using graph paper and templates. Little wonder that, as a child, Anderson started drawing floor plans and “making up houses in my head,” he says. But it was a drafting class his senior year of high school, in which he designed and built a model of a house, that really cemented his career choice. “I thought, ‘This is it! I’m done! This is what I want to do!’ ”

To that end, he earned a bachelor of science in interior design from the College of Architecture and Environmental Design at Arizona State University. Moving to San Francisco initially for a position with Orlando Diaz-Azcuy Design Associates (ODADA), he then worked for a time in corporate design but soon realized that residential design was his true calling. “I didn’t want my ‘moment’ to be the reception desk off the elevator lobby,” he explains. After a few stints with other firms, Anderson opened his own in 2005.

Describing his aesthetic as “understated, casual elegance and timelessness,” he points to an exceptionally handsome Bay Area residence designed for a devout Francophile as a true embodiment of his style. “There’s a really lovely, sophisticated quality to that house,” he says, citing its “moody, darker” dining room as an example of that refinement. We spoke with Anderson about his influences and inspirations, as well as the one period he will almost certainly never evoke in his work.

Travel opens up the mind and expands your perception. I love going to Italy. It’s one of my favorite places, and I’m always blown away by the history and also by how Italian designers just know what they’re doing.

I also love film. If I weren’t a designer, I’d be a filmmaker. We’re creating a bit of theater in our world and in our spaces for people.

I’d say San Francisco painter Robert Bechtle is a favorite. I’m really passionate about photography and viscerally respond to his exquisite photorealistic portrayal of everyday life in America during a time in which I was growing up. His work feels so familiar and surreal at once.

What’s your favorite period or style?

It’s got to be somewhere between 1970 and 1940 — maybe even the mid-thirties. I love Deco and what happened from that period into the forties. There’s just so much inspired design, and there’s so much to draw from. The eighties had some cool stuff, but the nineties were horrific, and I never want to see them again!

I also love the work of the architects and designers Richard Neutra, Carlo Scarpa and Gio Ponti.

Tom Ford is pretty amazing, but then I love all things Paul Smith.

Villa Necchi Campiglio, in Milan, is just “it.” If I could just move in! To me, that defines classical and modern.

I’d have to split my time among Palm Springs and Milan and the Amalfi Coast.

I think a project I’m working on in New York is going to get pretty close. It’s a client who loves design, who loves the process, who allows us to do what we want to do but is also a great muse. We’re designing lots of custom pieces and mixing up really exquisite vintage pieces and fantastic art.

What’s the most underappreciated design idea?

Basic hardware-store timers on lighting. I love to walk into my house with lamps that are already on, warming up rooms and welcoming me home after a long day. Then, they turn themselves off at bedtime. I know there are more sophisticated systems out there that you control with your phone, but I like the simplicity of these almost as a rebellion against our overly tech-driven world. They don’t send notifications! 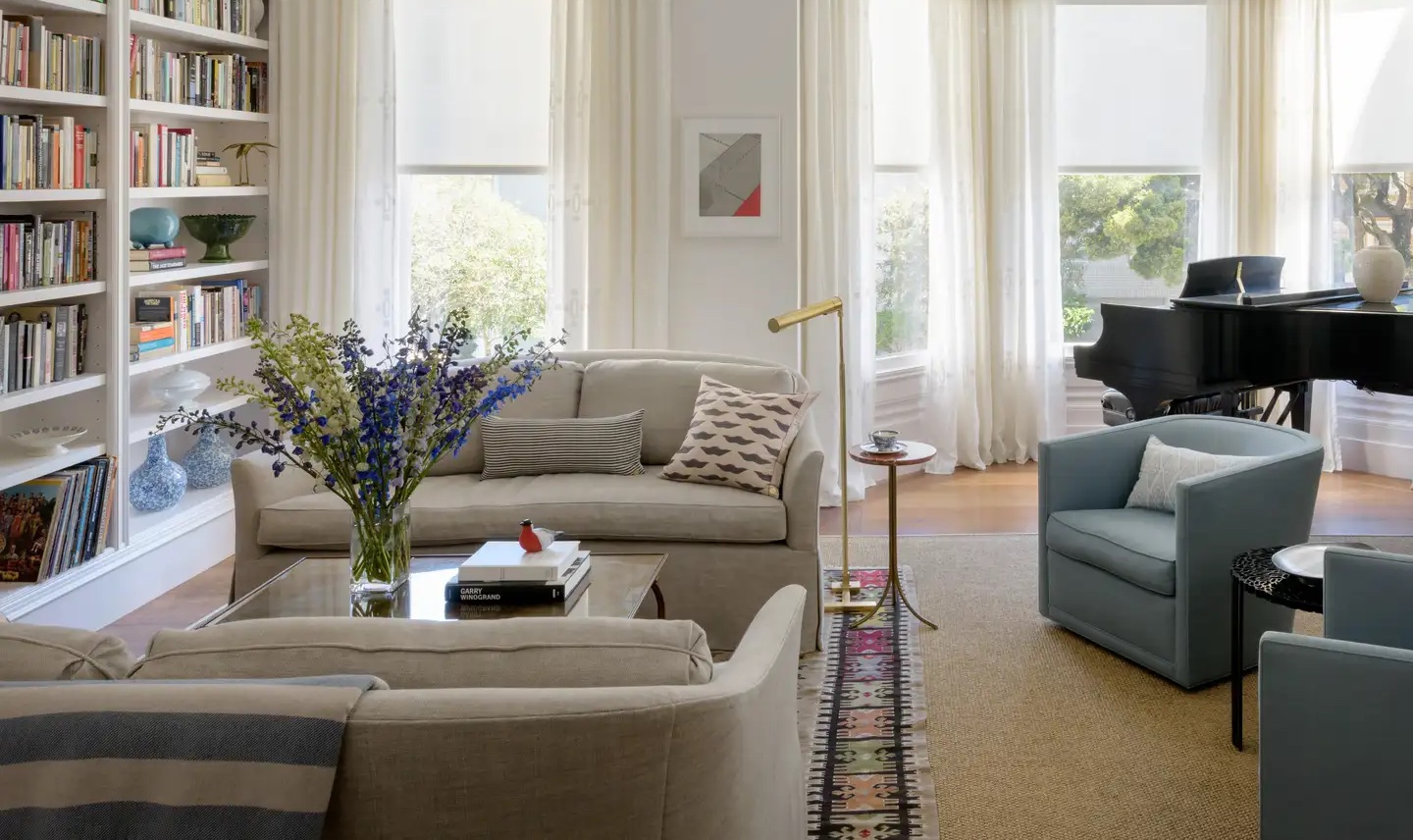